This post is sponsored by Frisch’s. All opinions are my own.
Last week I told you about the Covington Frisch’s getting a big time makeover and all the changes – well they are also updating their menu! 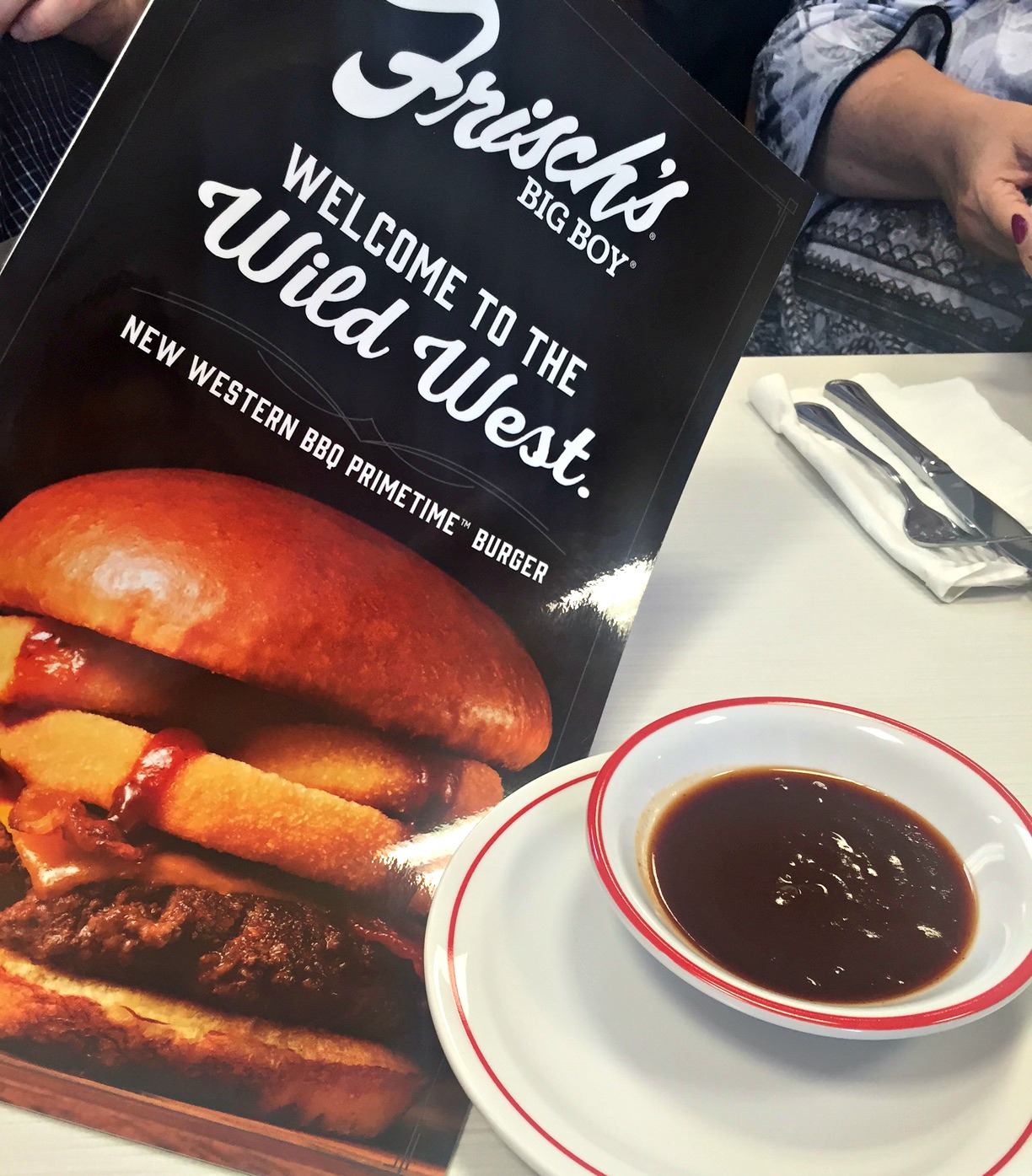 Look at that shiny new menu?! What’s on the front? Frisch’s new burger! It’s the Western BBQ Primetime Burger. Earlier this year they introduced the new Primetime Burgers which is the best burger you’re going to get for $6! 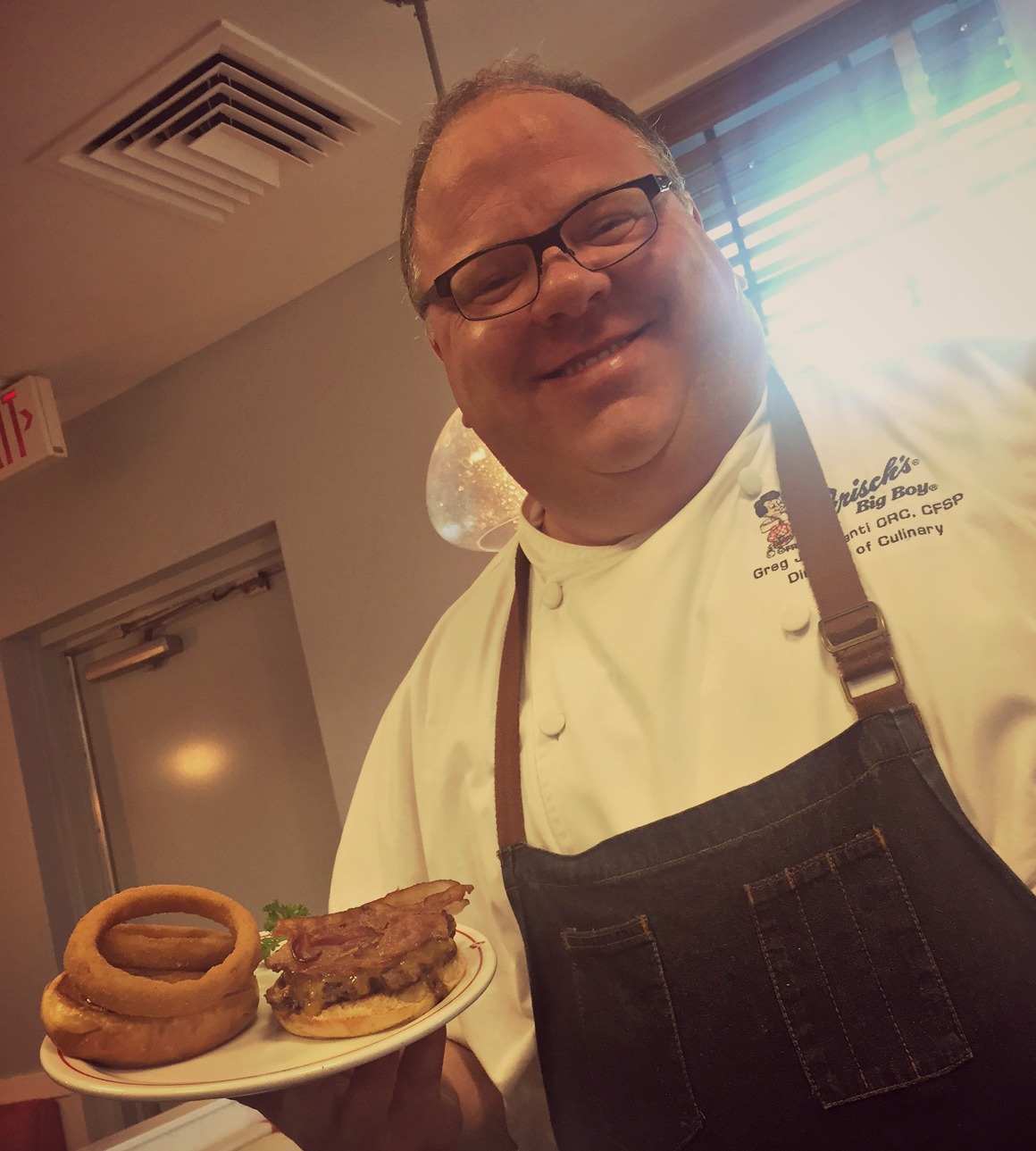 Here’s the creator of the sauce and the new menu items – Chef Greg – I met him previously on my tour of the Frisch’s commissary (mmmmm pumpkin pie!). When Chef Greg came to Frisch’s he got rid of all the preservatives. He also takes pride in making sure their sauces are homemade and have the best ingredients. The BBQ sauce is REALLY good! We tried it alone and it’s zippy! 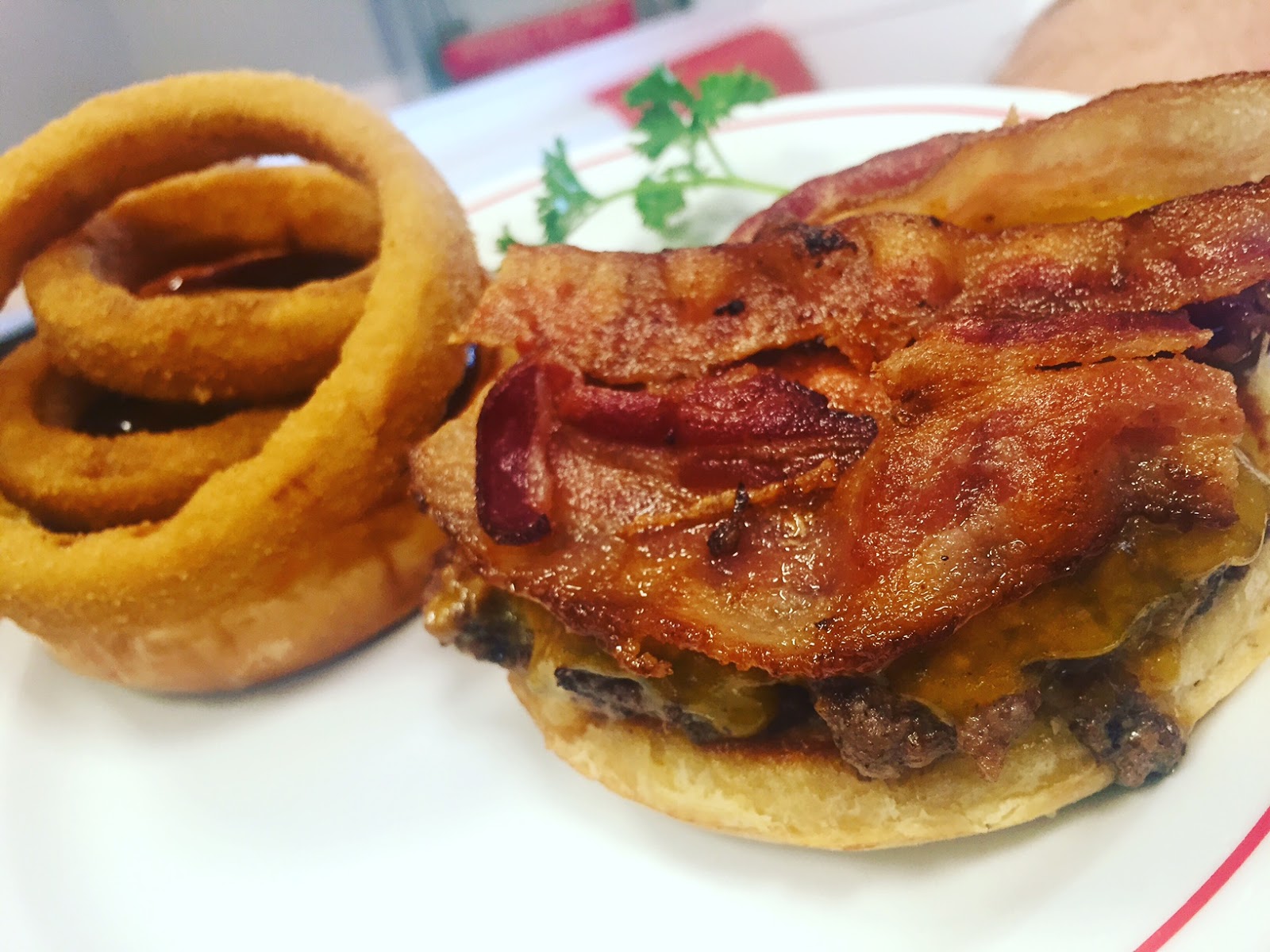 So here it is – the new Western BBQ Primetime Burger! It is a really good burger – and I love the stack of onion ring so high you can steal one to eat plain! And the brioche buns were made especially for Frisch’s! 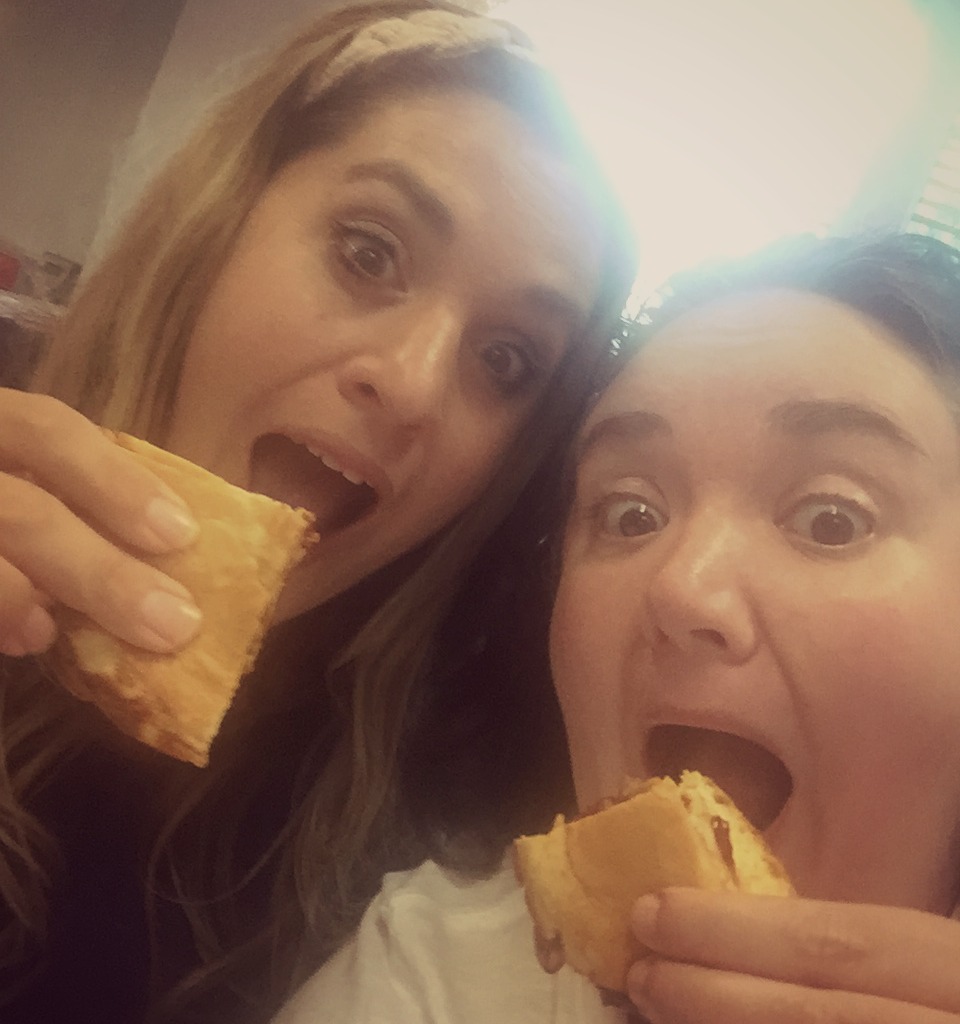 This was such a good burger – it even made Nedra do the HUSSY FACE!!!! (Eyes wide open, mouth wide open – it should be trademarked really). 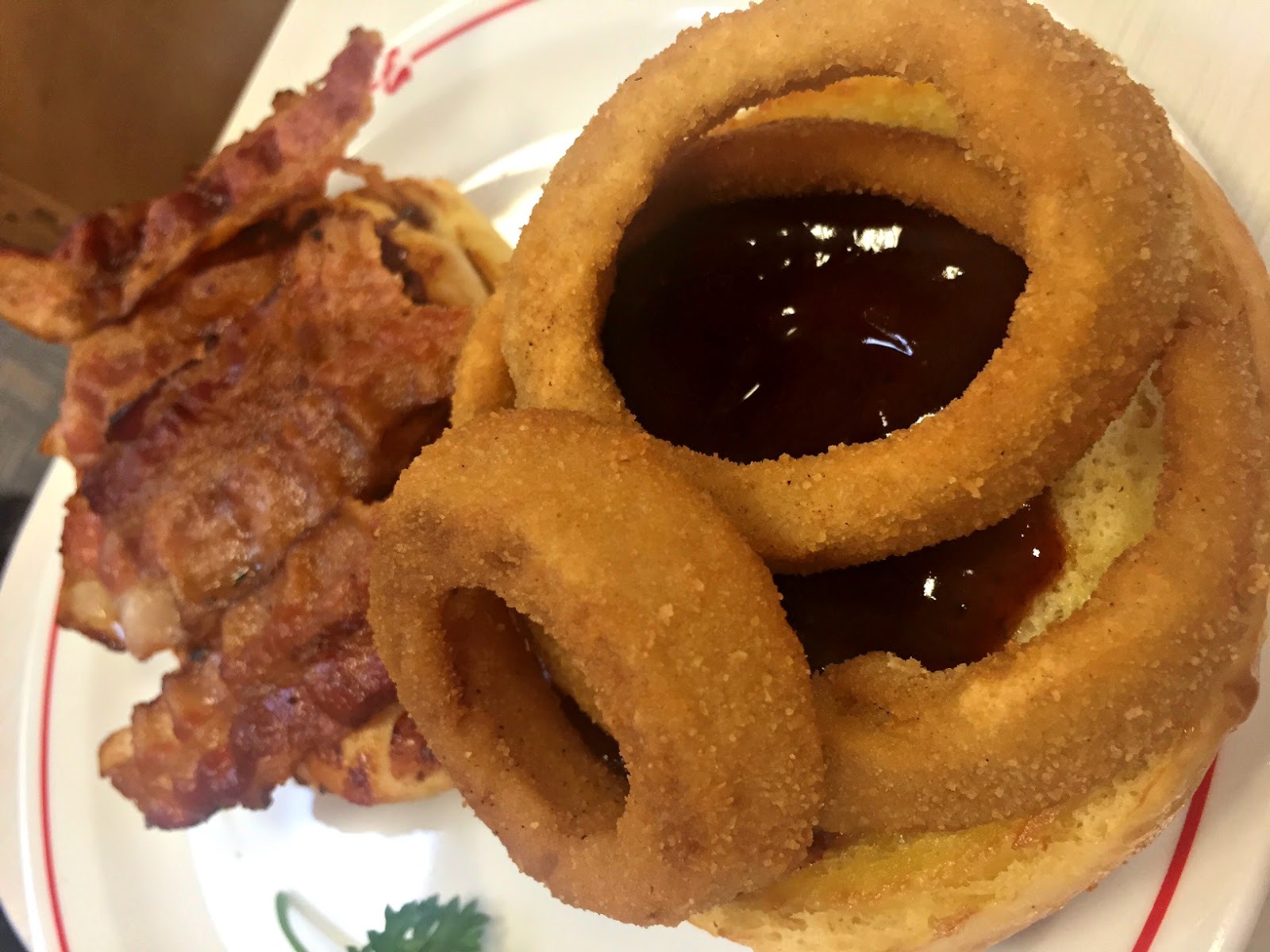 In addition to the Western BBQ in burger form – they have it in chicken form too! First up we tried the grilled chicken and again – loved it! Very juice and lots of bacon! 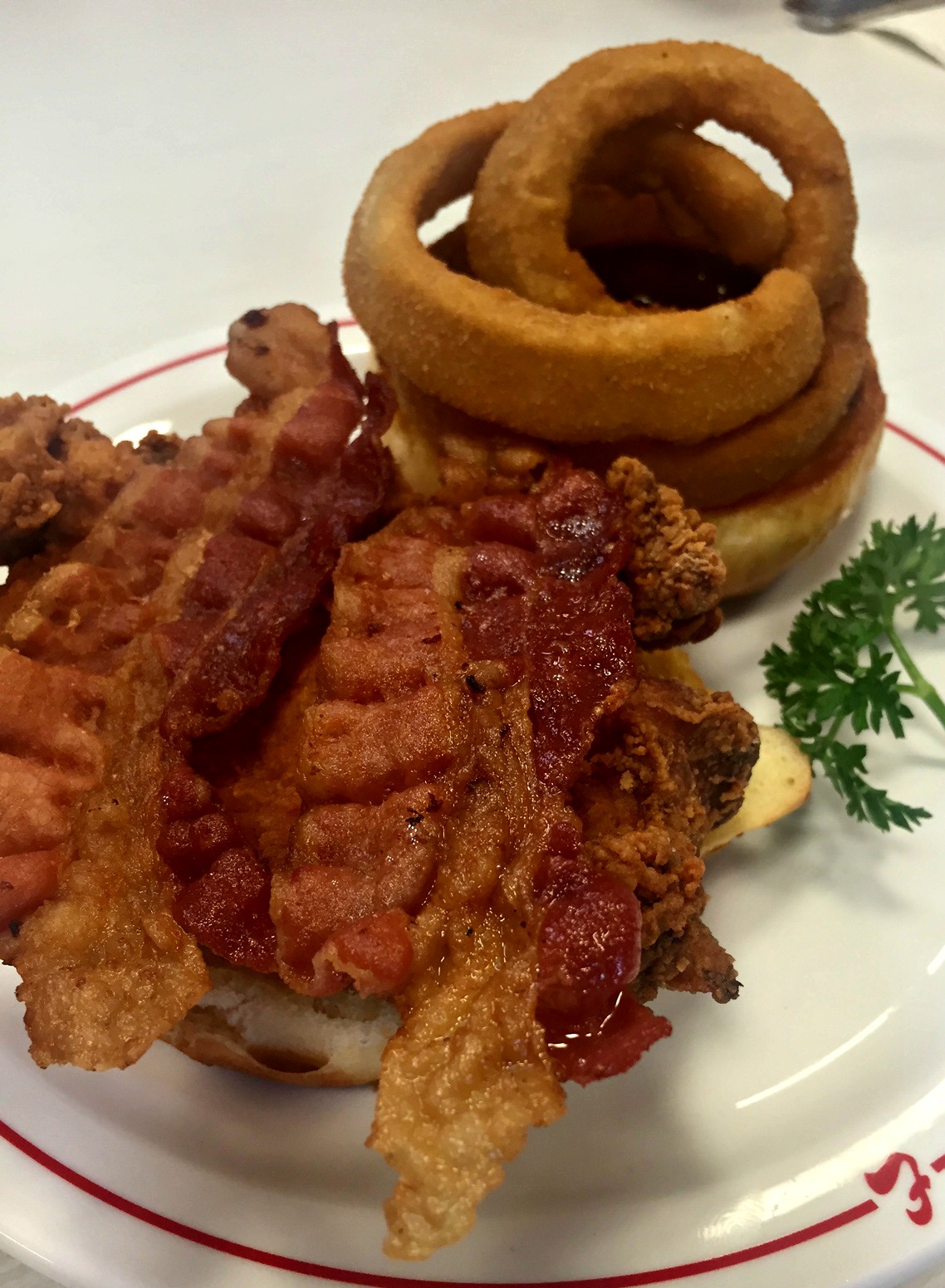 And then my personal favorite – the fried chicken breast Western BBQ. I mean – it was sooooo good! I loved it and would definitely get this one – with extra bbq sauce on the side for fry dipping.

Thanks to Frisch’s for inviting me to try these new burgers. 🙂