There’s a new burger joint in town – Freddy’s Frozen Custard & Steakburgers just opened in Milford. They also have a location in Amelia and locations coming to Red Bank & Winton Rd later this year.

Freddy’s is similar to Culver’s and Steak & Shake – with the stacked burgers with thin patties of S&S and the creamiest of summer treats – frozen custard – ala Culvers. 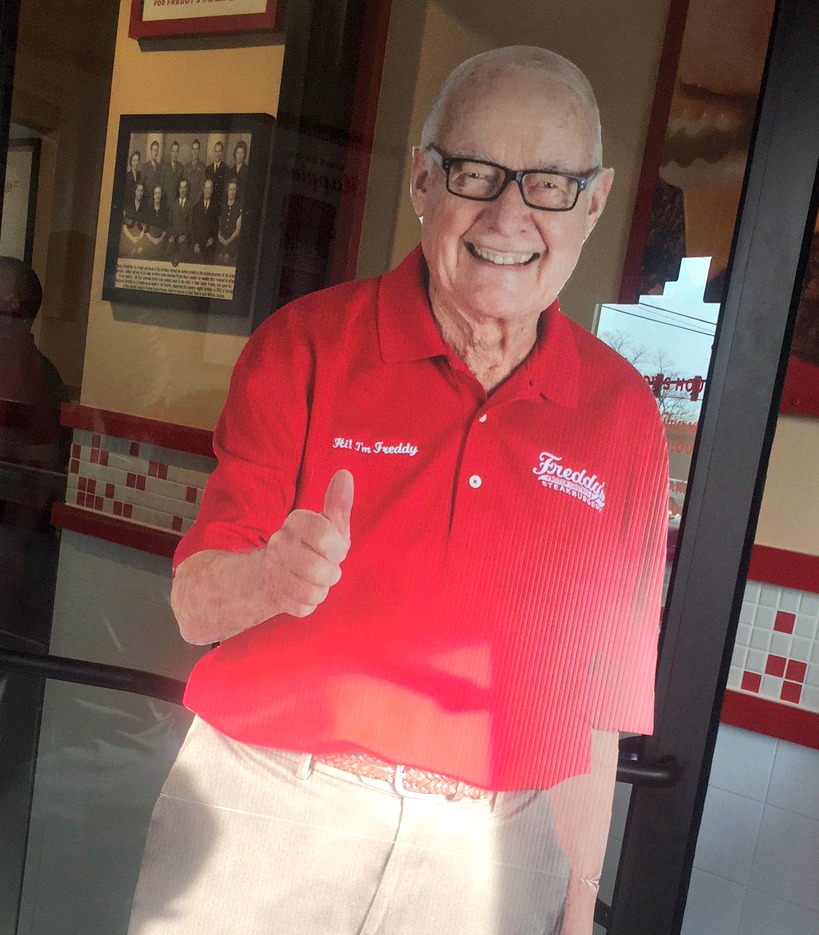 Freddy is an actual dude! His sons started the restaurant in his honor – pretty admiral guy too. Freddy won a Purple Heart & a Bronze Star in WWII. 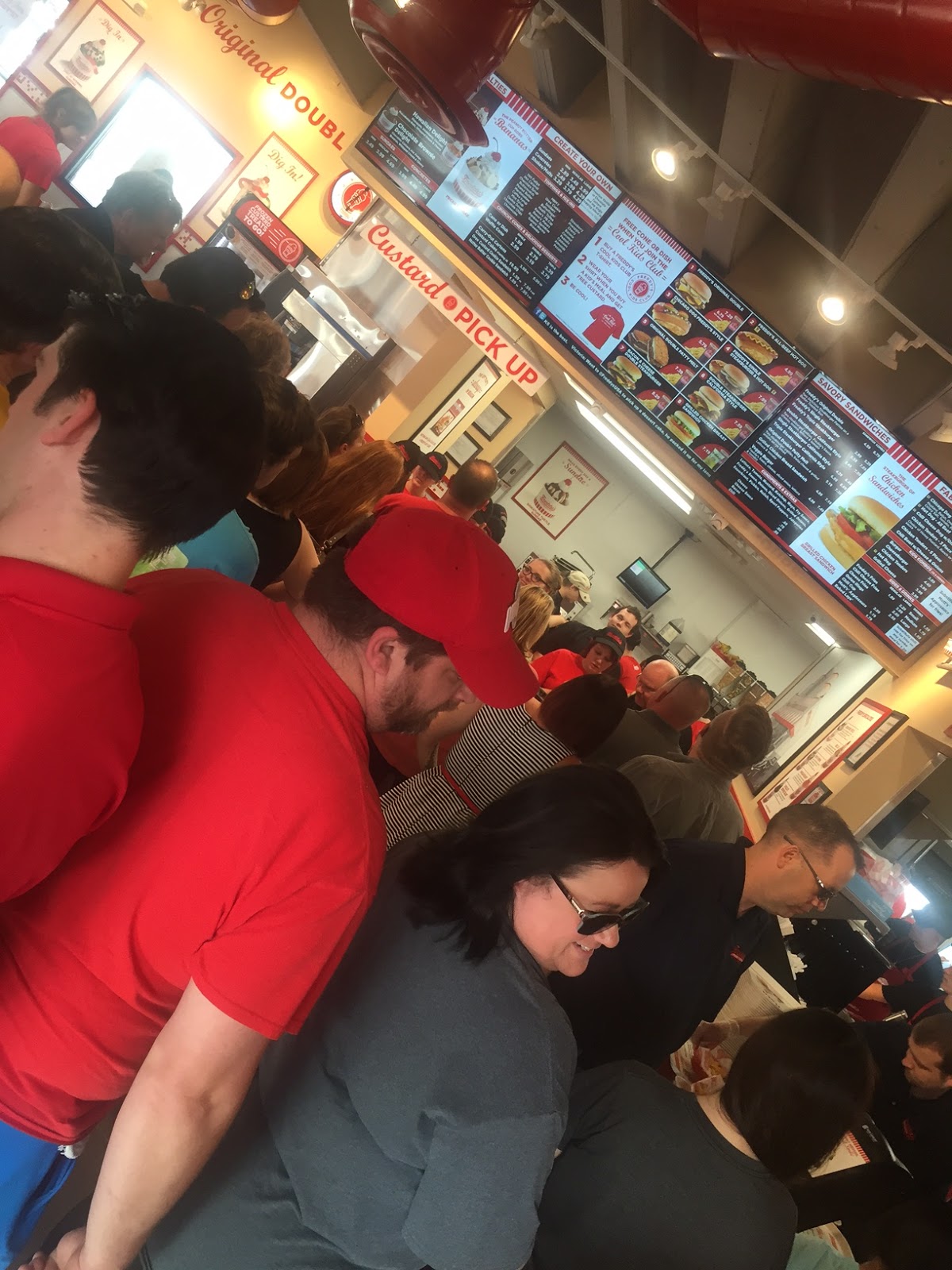 Freddy’s held a big open house the day before their Grand Opening and sent notices to all the folks in the neighborhood and it was PACKED! The staff was all on-hand to help deal with the masses and I have to say – the pressure test went pretty well! The line moved quickly and everybody was in a good mood. 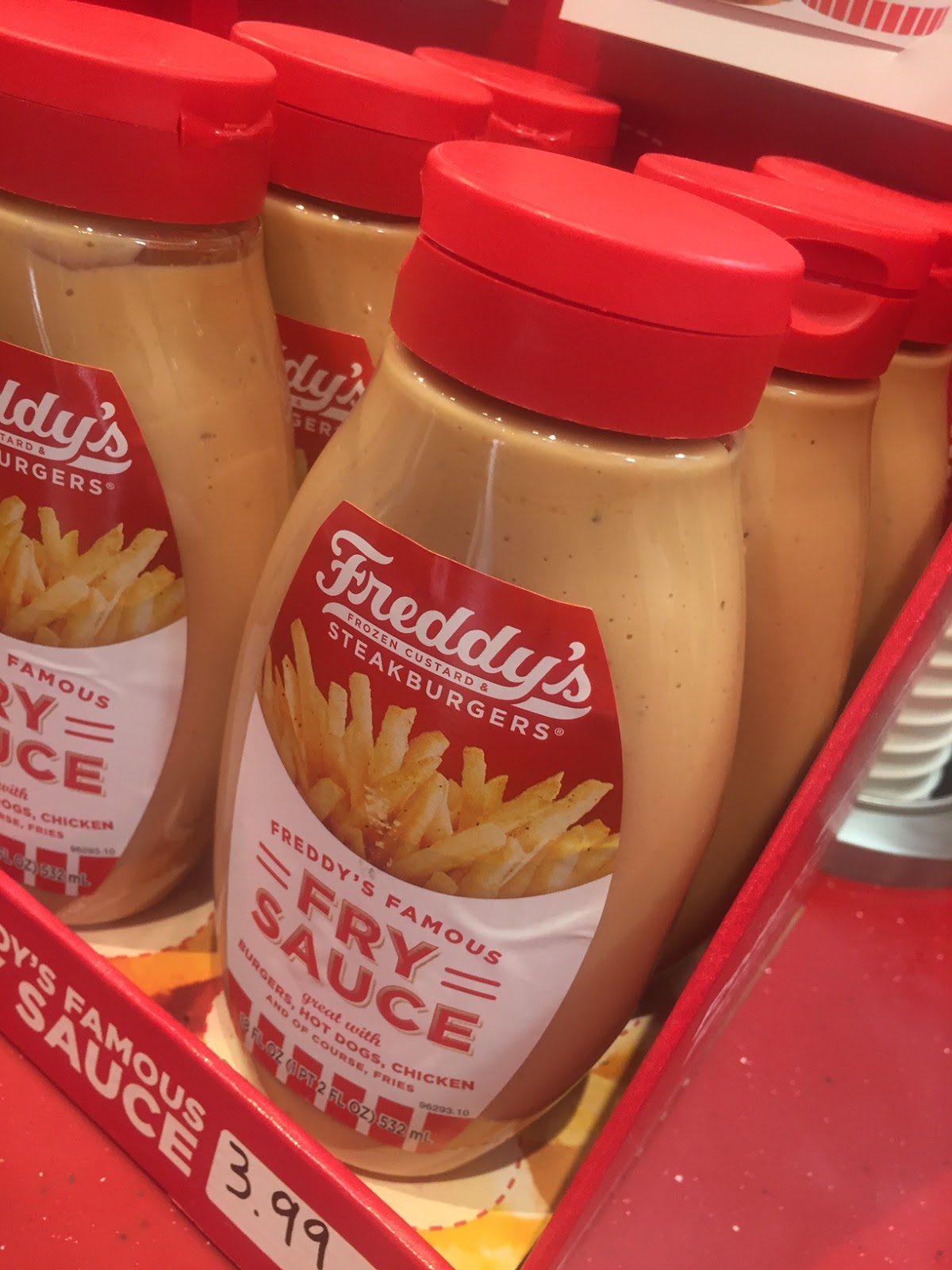 They sell some of their specialties – like their fry sauce (Copy Cat Recipe – sounds delish!) 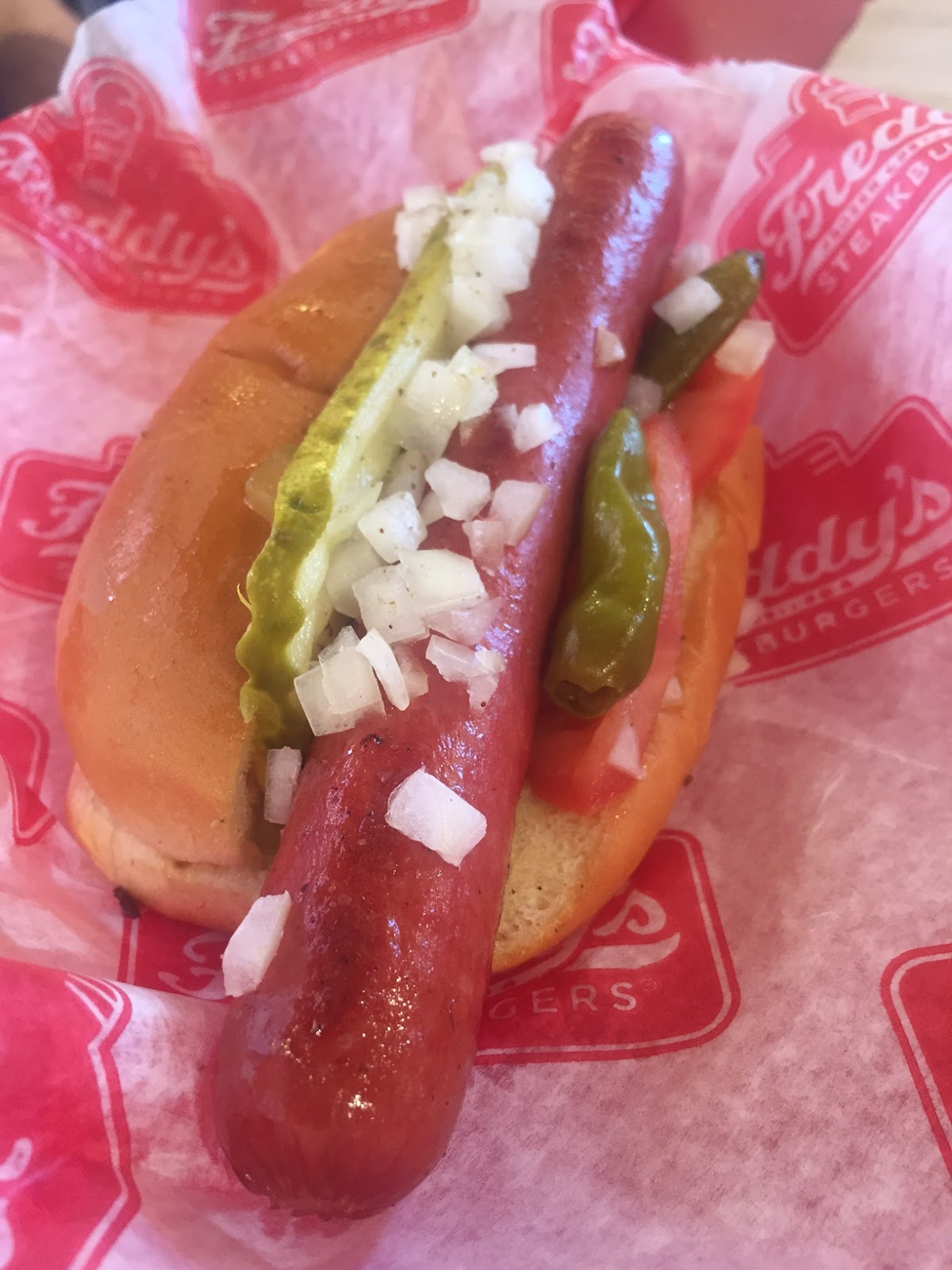 First thing up for me was the Chicago Hot Dog topped with mustard, relish, onion, sport peppers, celery salt, tomato + pickle. It’s a good dog – I like that the dog is so much bigger than the bun and the toppings are great. 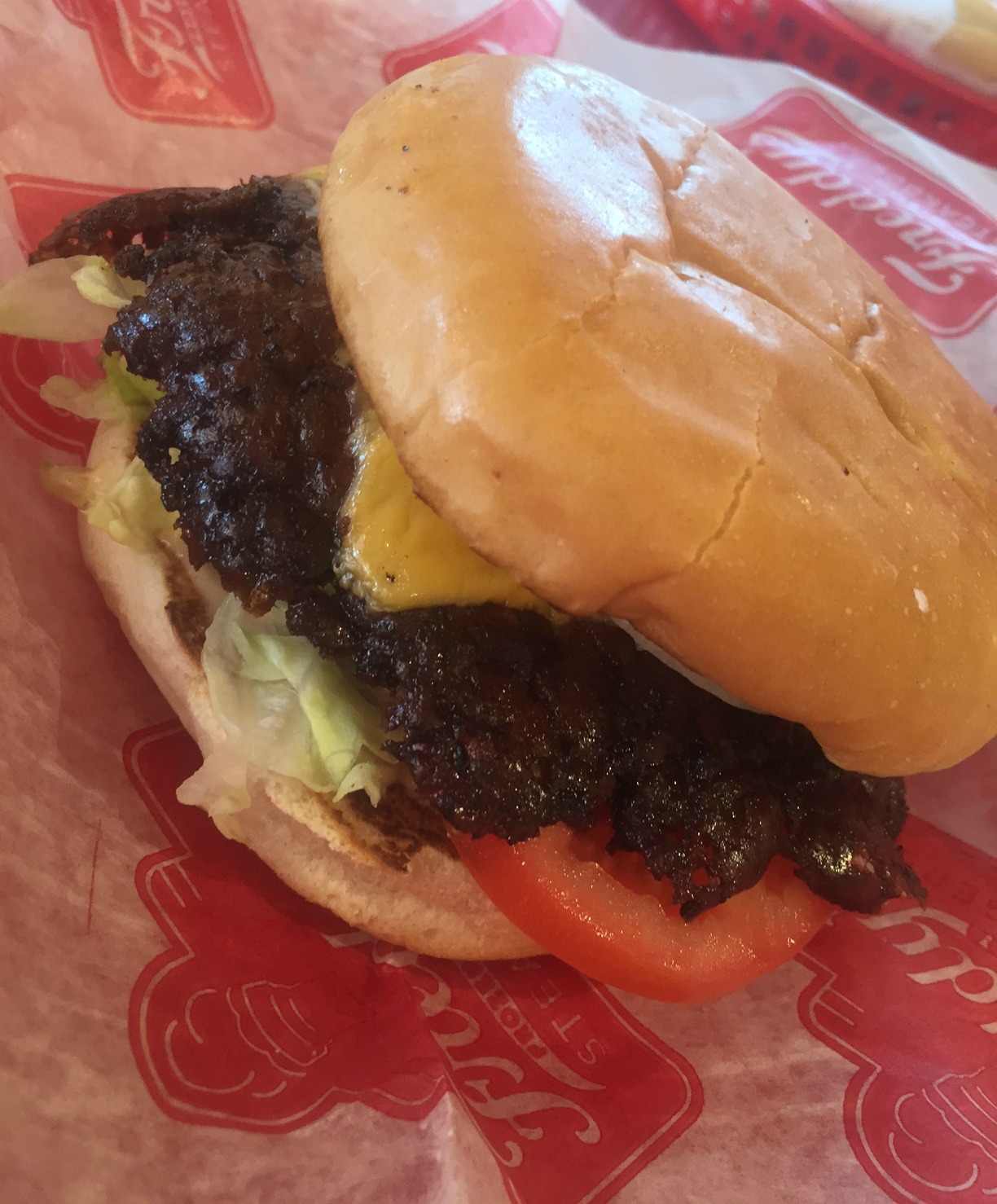 I decided to forego the fries and try the burger – so I got a Steakburger California Style. California style has cheese, onion, Freddy’s sauce, lettuce & tomato.

Honestly – I probably liked the dog a little better but the burger was still good – super thin patty and the Freddy’s sauce is tasty. 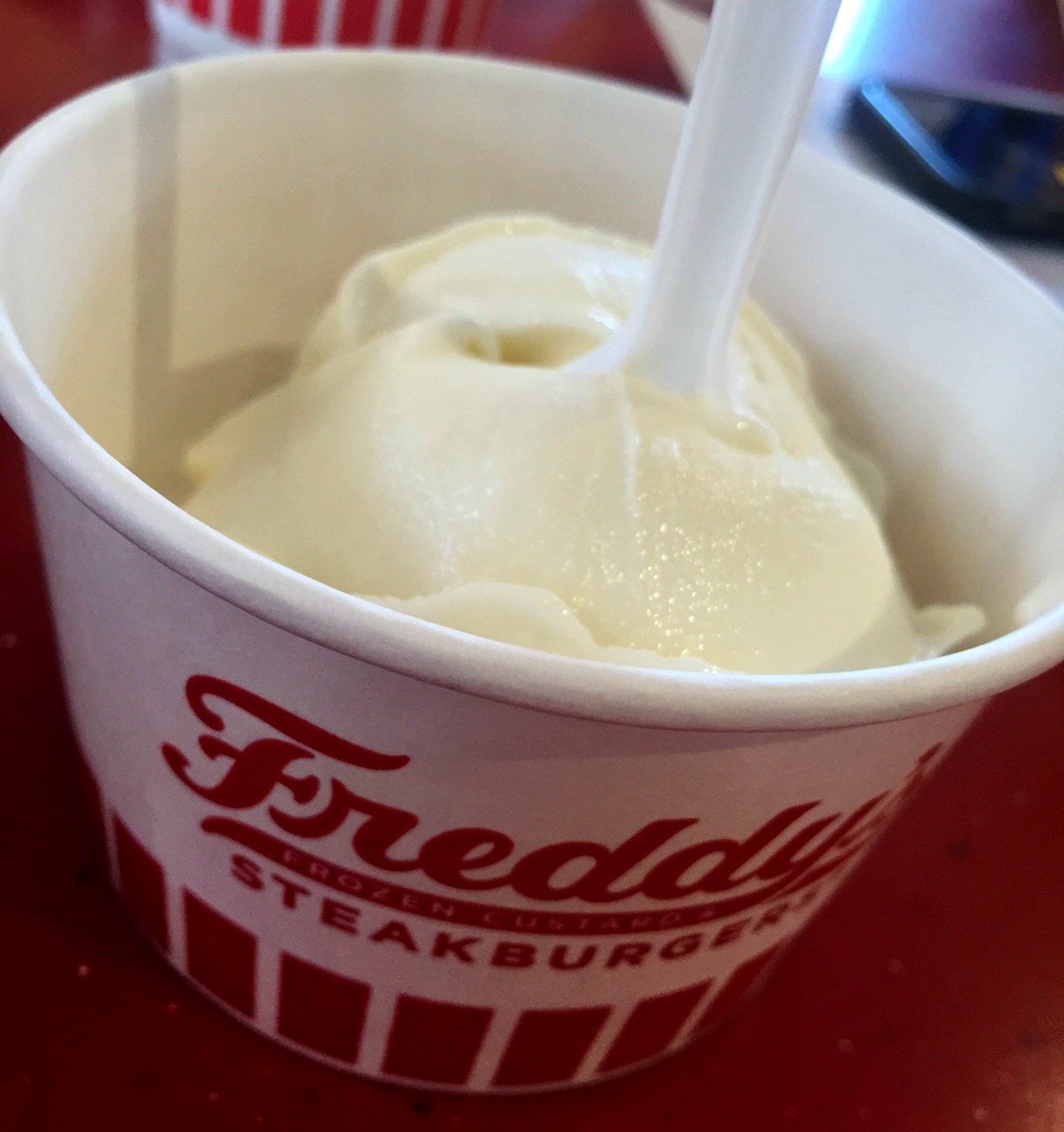 I made the mistake of NOT ordering my frozen custard when I ordered my dinner – because when I got done – the line was HUGE again!!! Luckily – the staff was walking around and I begged my way into a cup of custard. 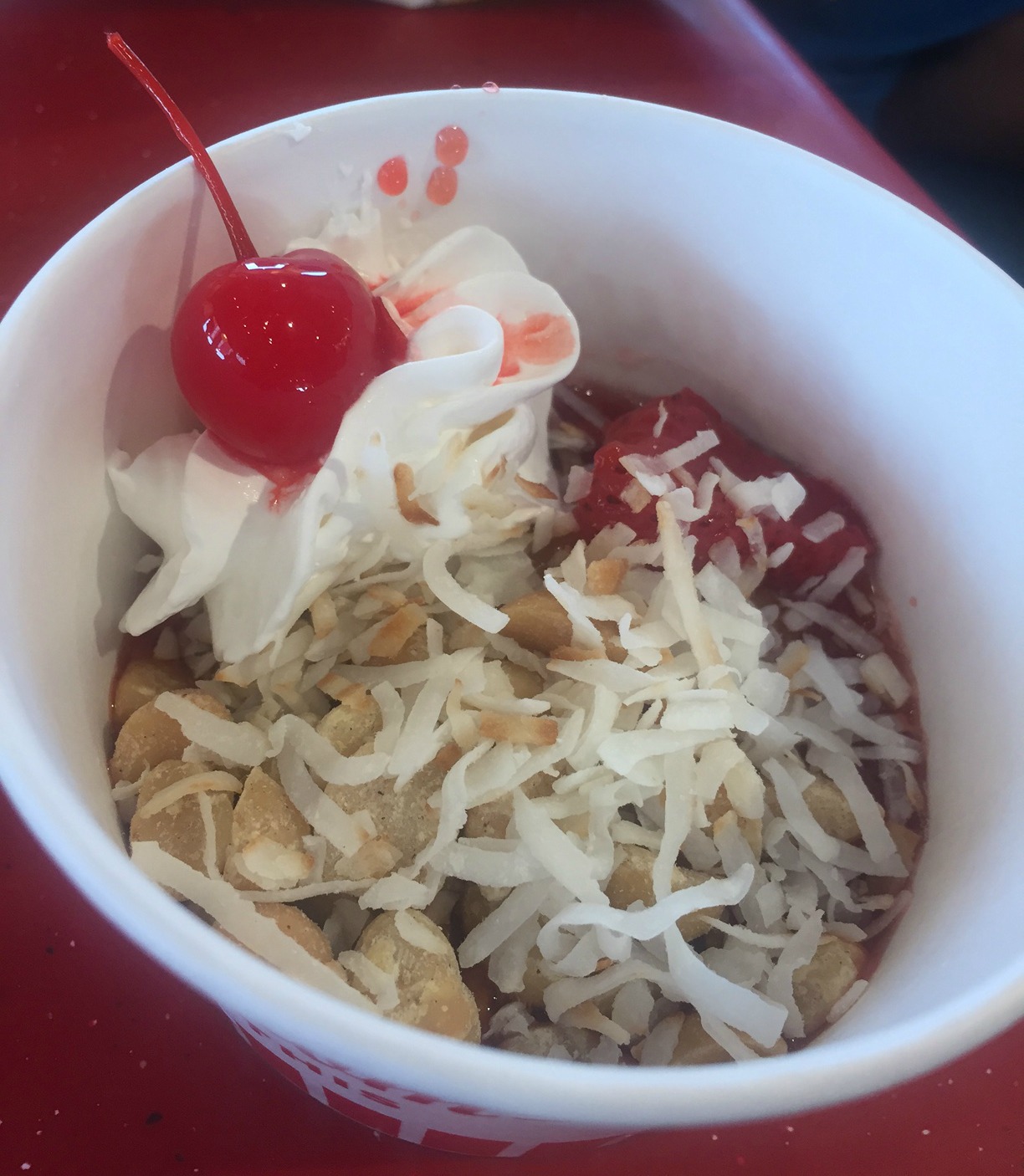 Then another staffer came by and thought my custard looked sad all plain – so he offered up toppings! I went for the Hawaiian (which was what I wanted) and was delivered a cup of pineapple, strawberry, coconut, macadamia nuts, whipped cream and a cherry!

All in all – I was a happy camper after dinner – I can’t help that I’m a sucker for a Chicago Dog and frozen custard! The staff was excellent – and I realize they knew to be on their best behavior but they did go above and beyond – with positive attitudes and a can-do attitude.