Recently I was invited to Redondo Taqueria at Newport on the Levee for a tasting dinner. I’ve been many times before but was happy to revisit since it had been a while. (Dinner was free but all opinions are my own.) 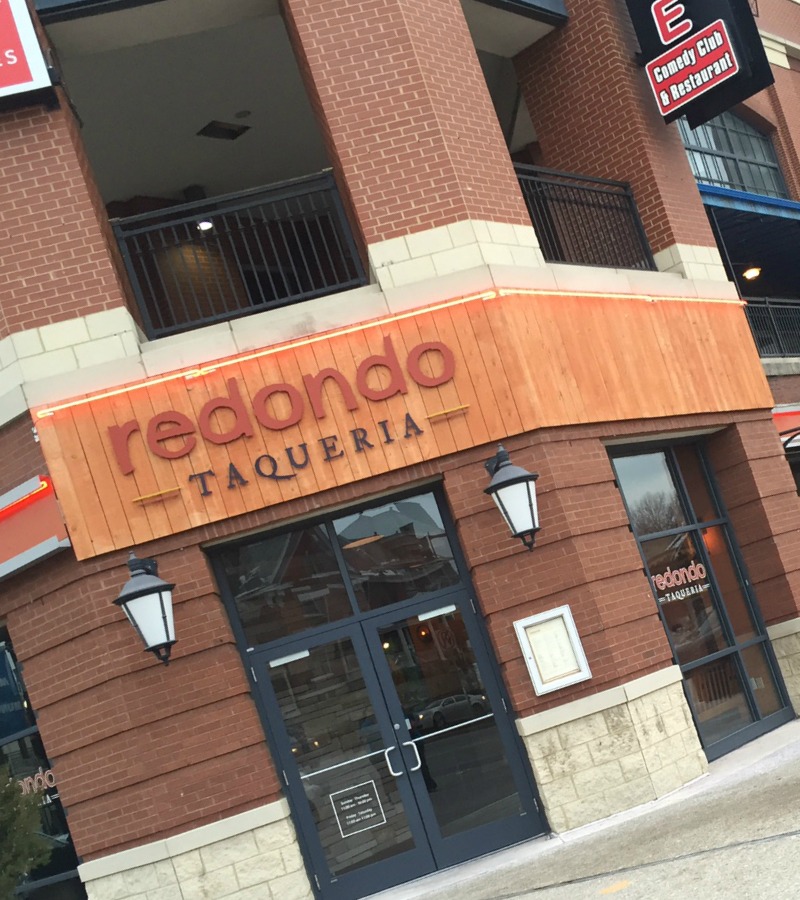 Redondo is on the corner between Brio & Dick’s Last Resort and has been there for a few years now – it was sort of a high turnover spot but Redondo seems to have established some roots. I think as the only Mexican restaurant on the Levee it does stand out. 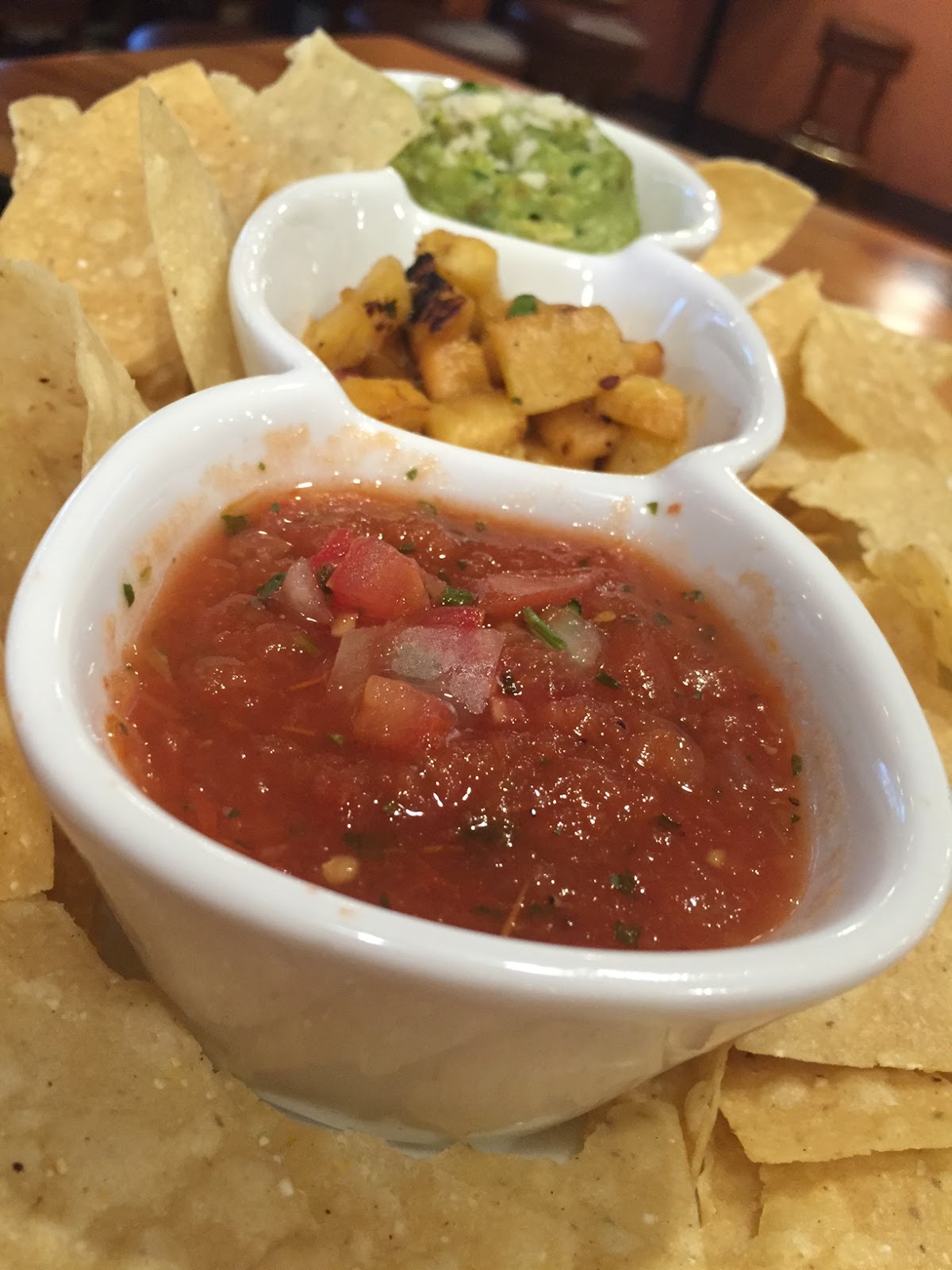 We started out with a trio of salsas – with their fire roasted, grilled pineapple and guacamole ($4 for 3 salsas). The Grilled Pineapple was by far my favorite – I killed that bowl and left the rest. The fire roasted salsa and guac were fine but nothing special. 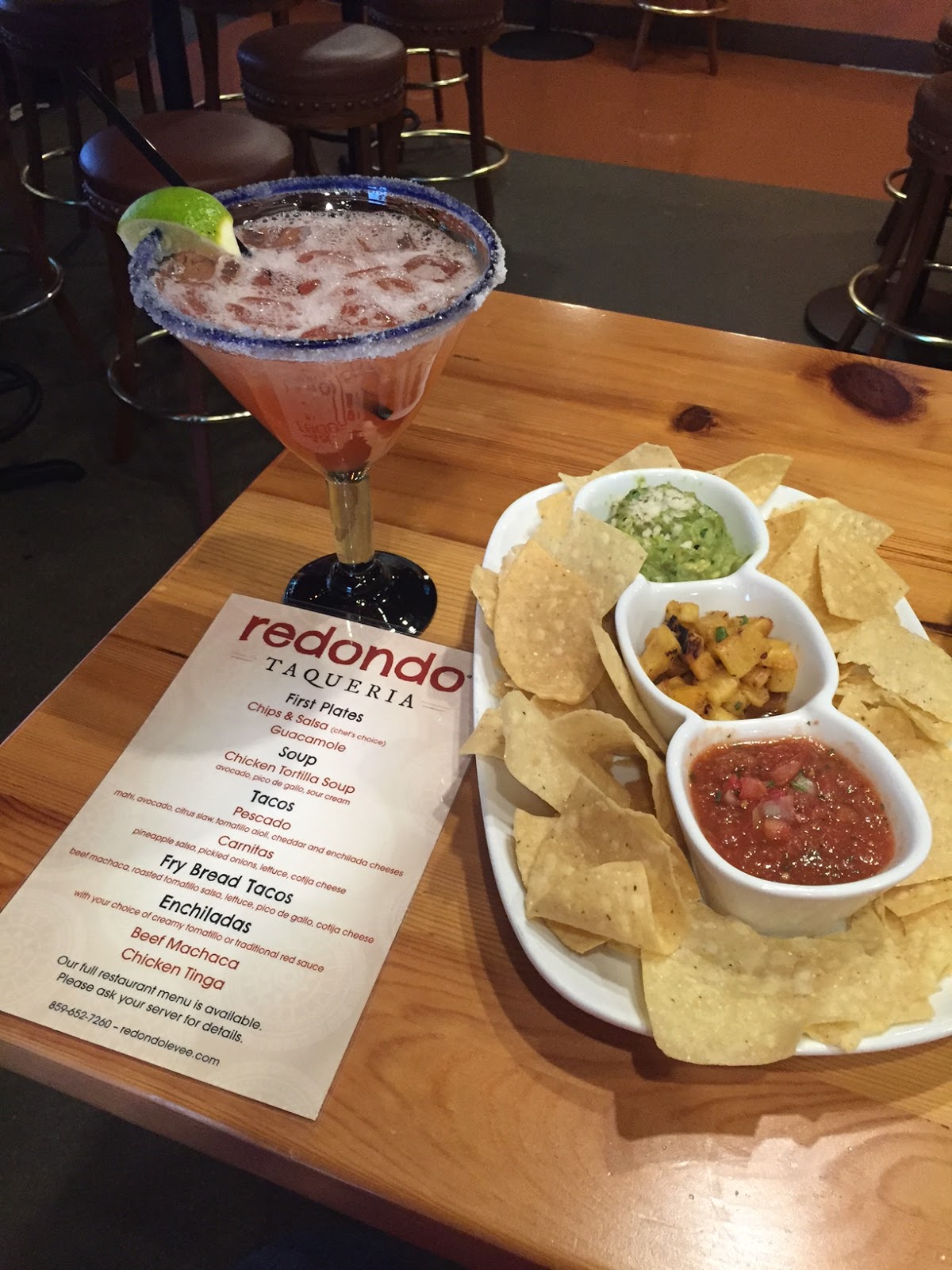 They also offered up a drink – which I wasn’t really too keen on since I was driving home and the weather wasn’t great – but I figured I would try it at least. I chose the Oaxacan Dream Margarita ($10) with Premium Silver Tequila, Agave, Cranberry, Pineapple Juice & Lime Juice. For me – it was too much tequila because I like everything else in there. I’m also not a fan of sugar on the rim – I’m a salty girl myself – but it was fine. I took a couple of drinks. If you like a sweet margarita – you’ll like this. 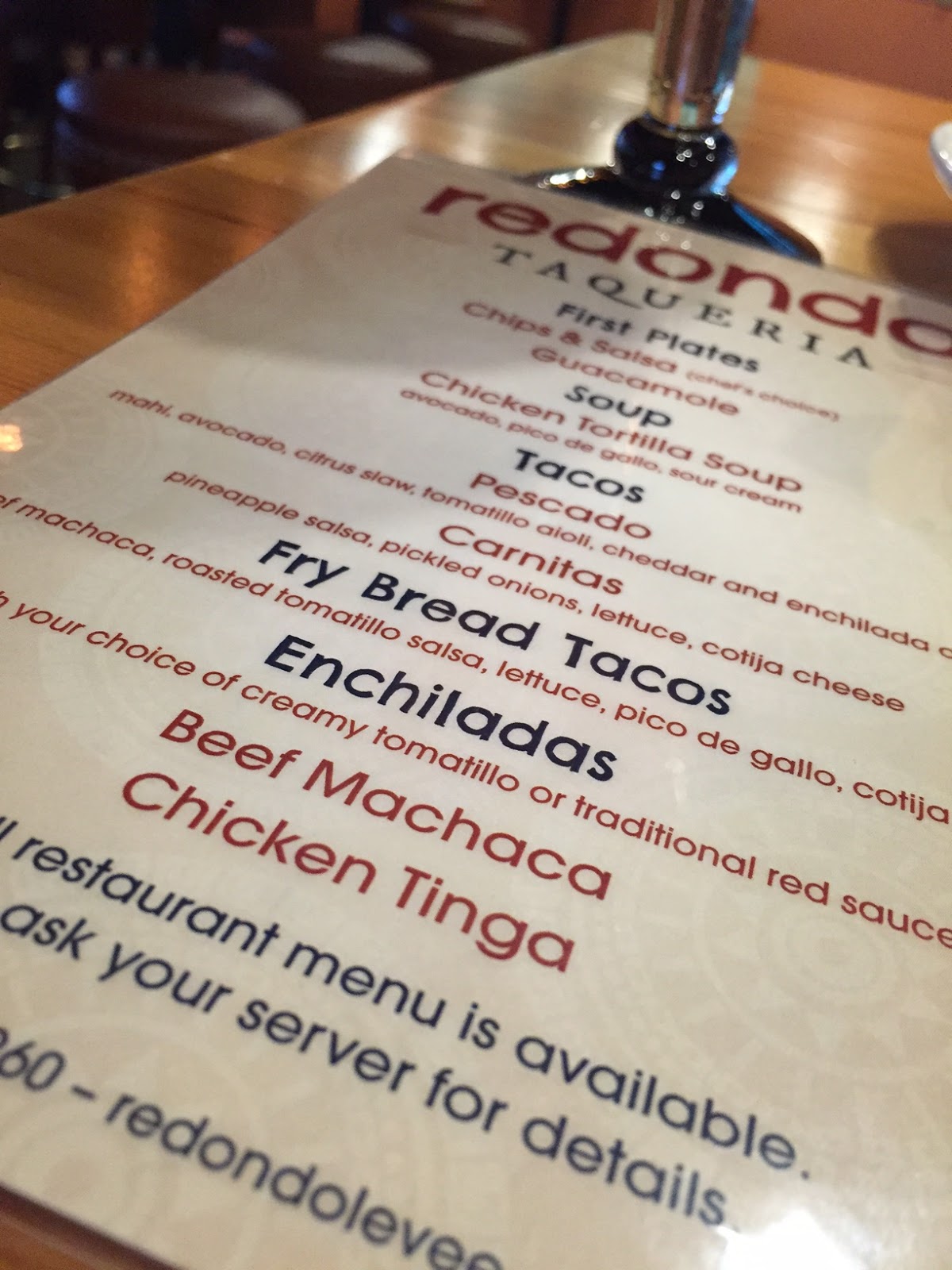 Here was our tasting menu for the evening – nothing too exotic – but I’m always up for trying new things. 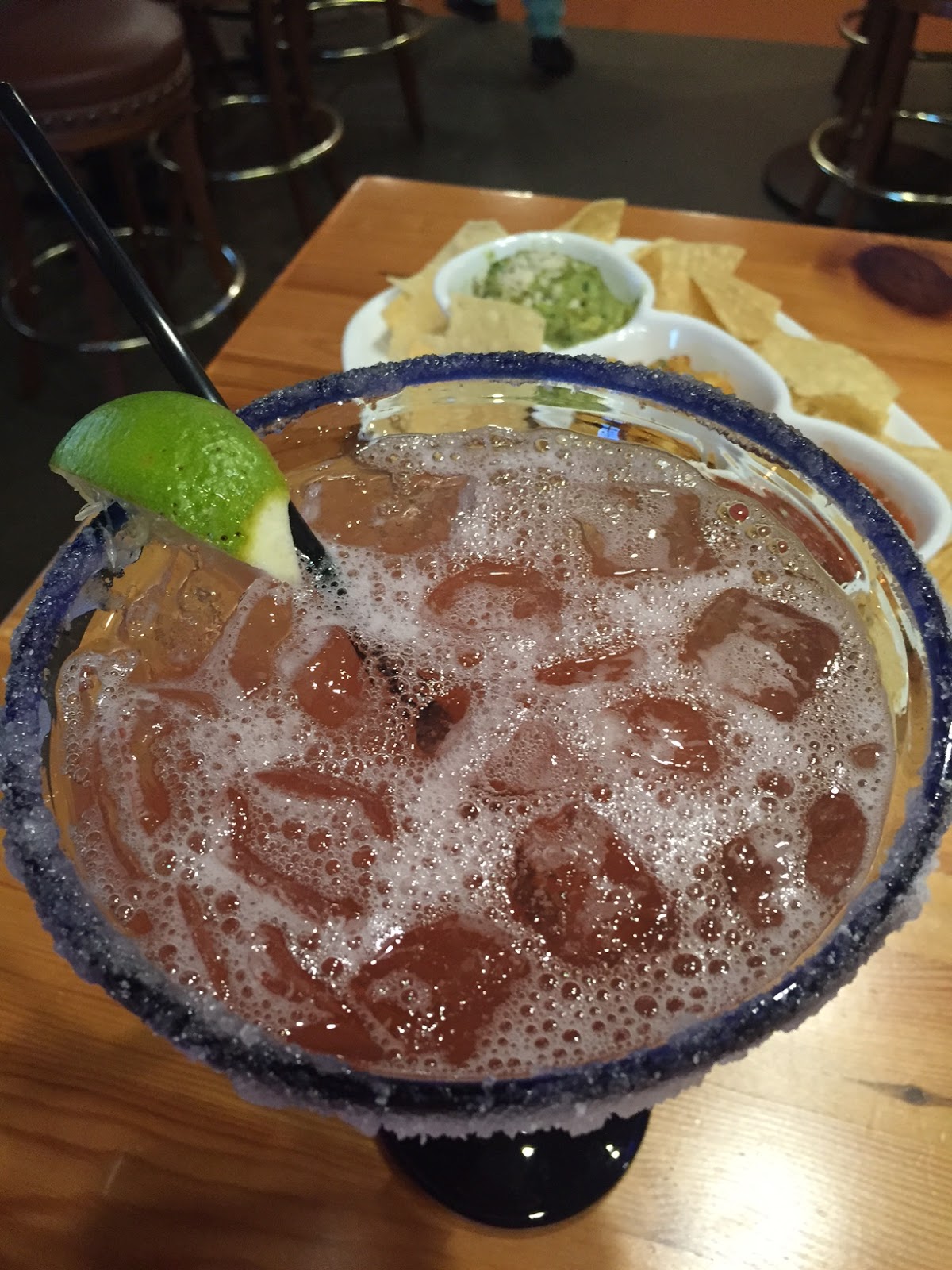 Here’s another shot of that Oaxacan Dream Margarita…it’s definitely BIG! 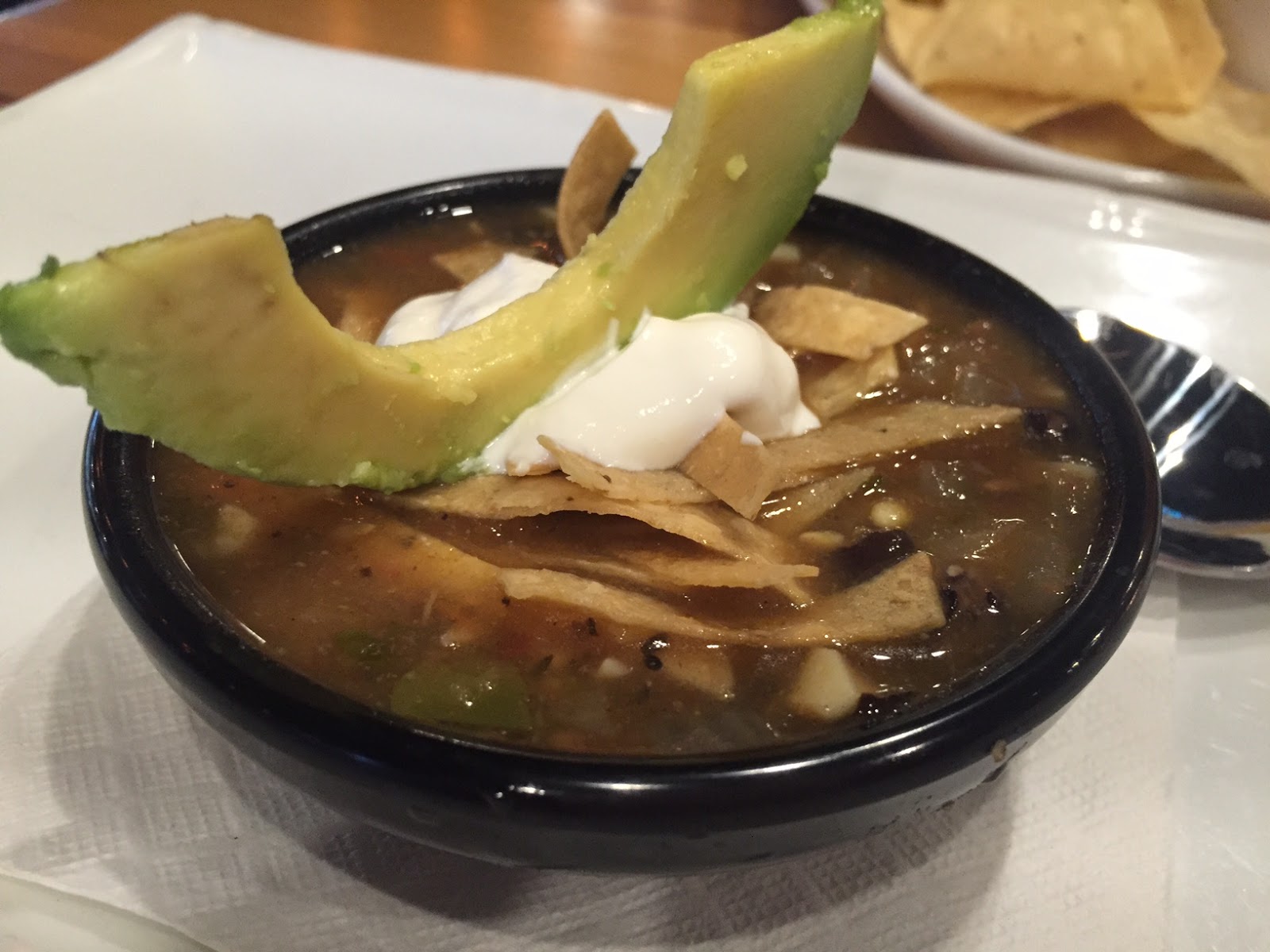 Next up was a cup of chicken tortilla soup – next to the pineapple salsa – this was my favorite food item of the night. It’s topped with avocado, pico de gallo and sour cream. It was spicy and warm with the crunch of the tortilla strips and cool, creaminess of the sour cream and avocado – really tasty. 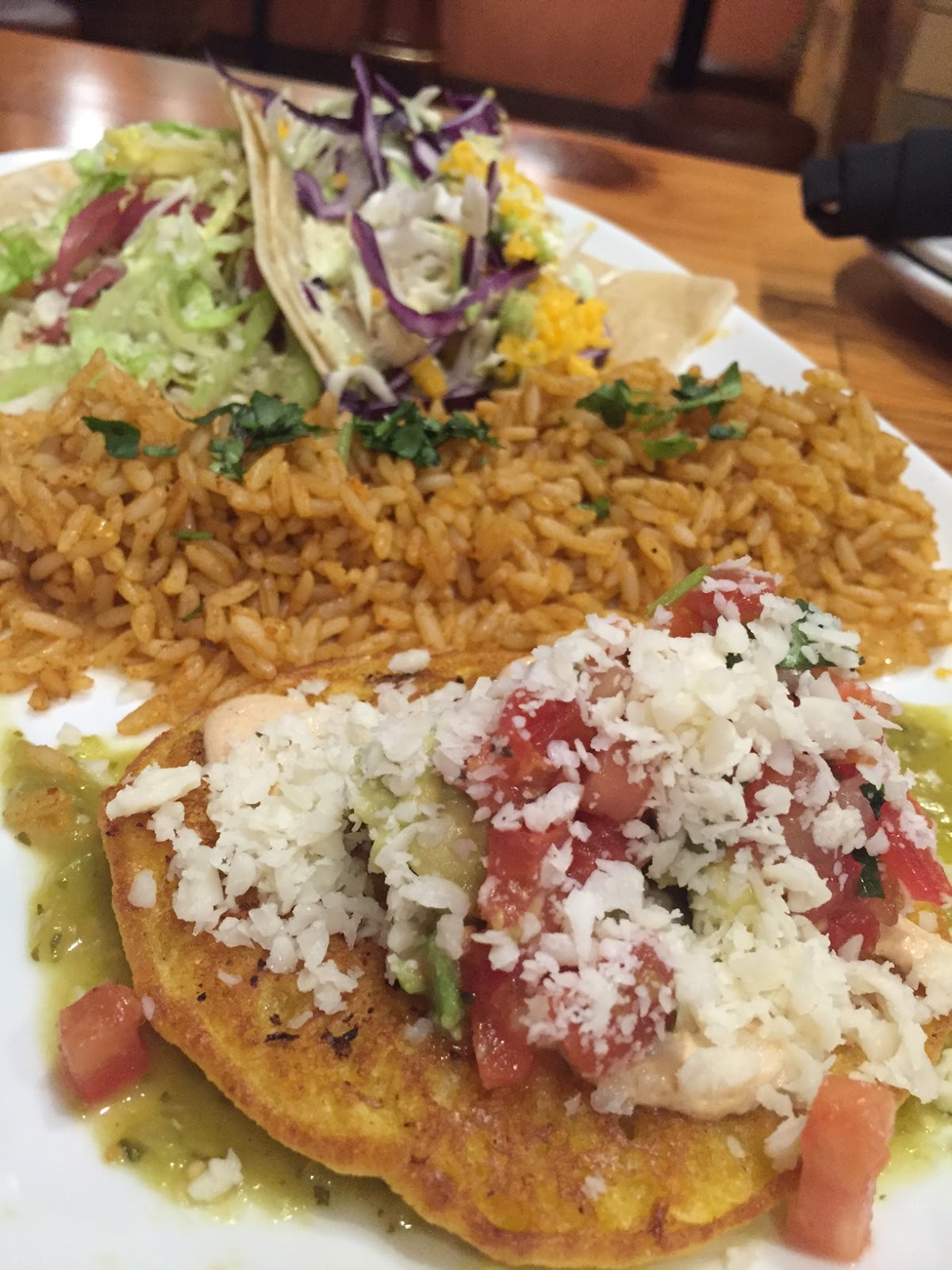 In the front here was – I think the fry bread taco. It was basically a corn cake served open face with chicken, peppers, tomato and cheese on top. It was pretty good but the cake had a bit of an after taste. We also had a fish taco with avocado and a citrus slaw – it was pretty good – I don’t love the slaw – but the fish was good. The other taco was carnitas – with my beloved pineapple salsa, pickled onions, lettuce and cojita cheese – I loved this taco. 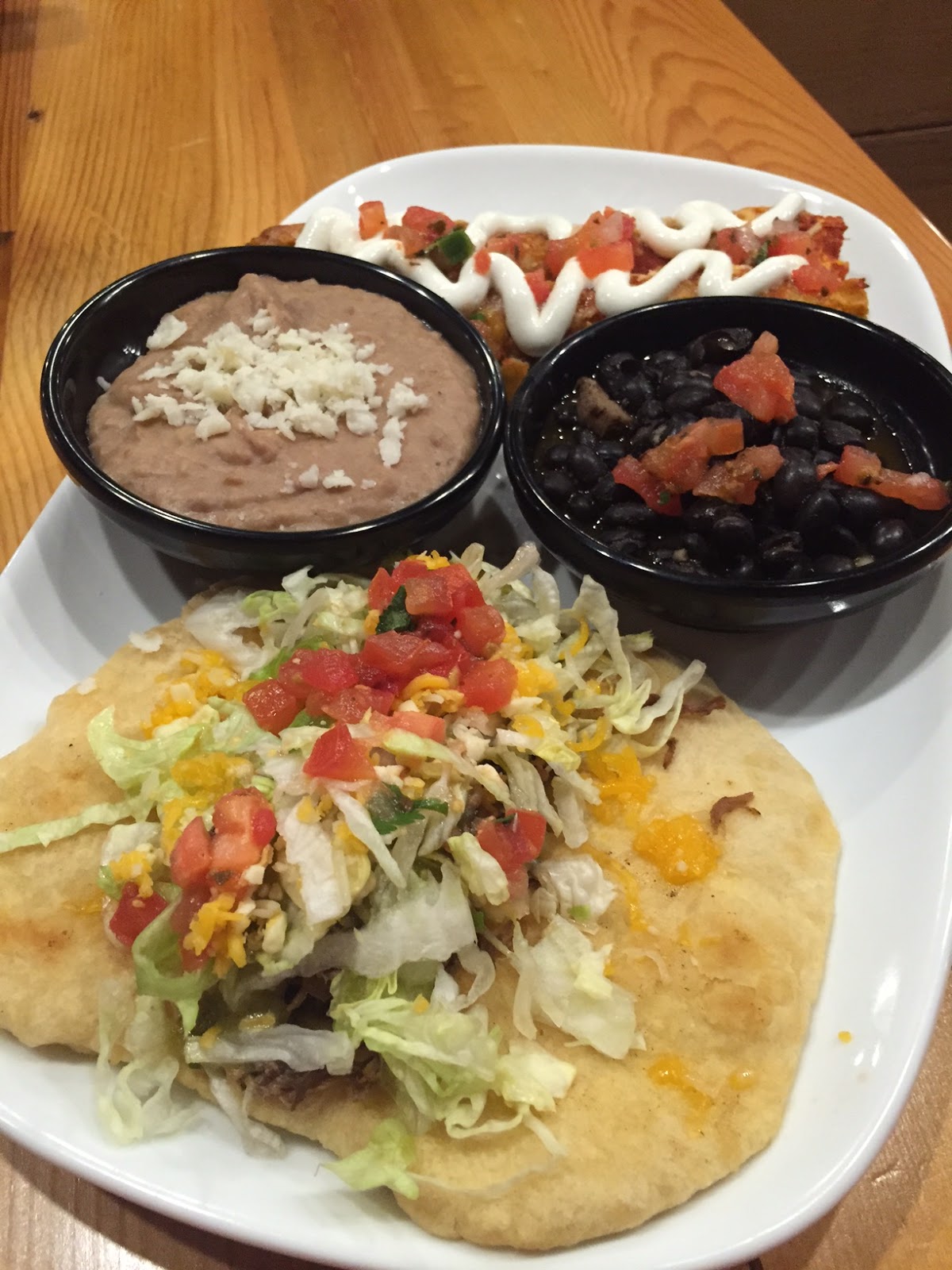 Lastly we got another taco – I really don’t know what it was – by this point – it was getting harder to tell them apart. With the taco were black beans, refried beans and enchiladas. The beans were okay – not a lot of flavor – but I liked the refried better than the black. 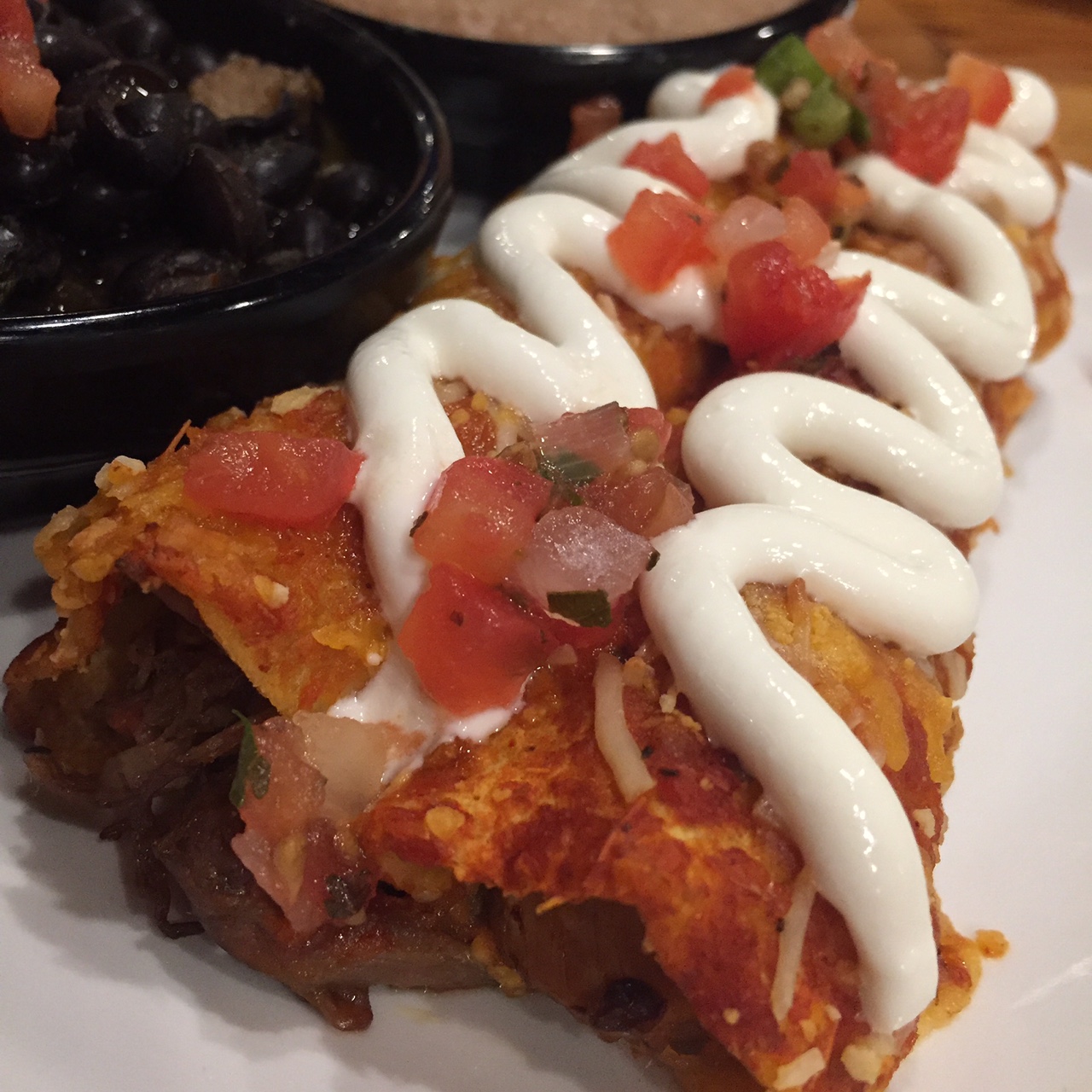 The enchiladas were pretty good – they had sour cream on top and were baked. I really don’t know if it was the chicken tinga or the beef machaca or both. They were fine – but again – just fine. 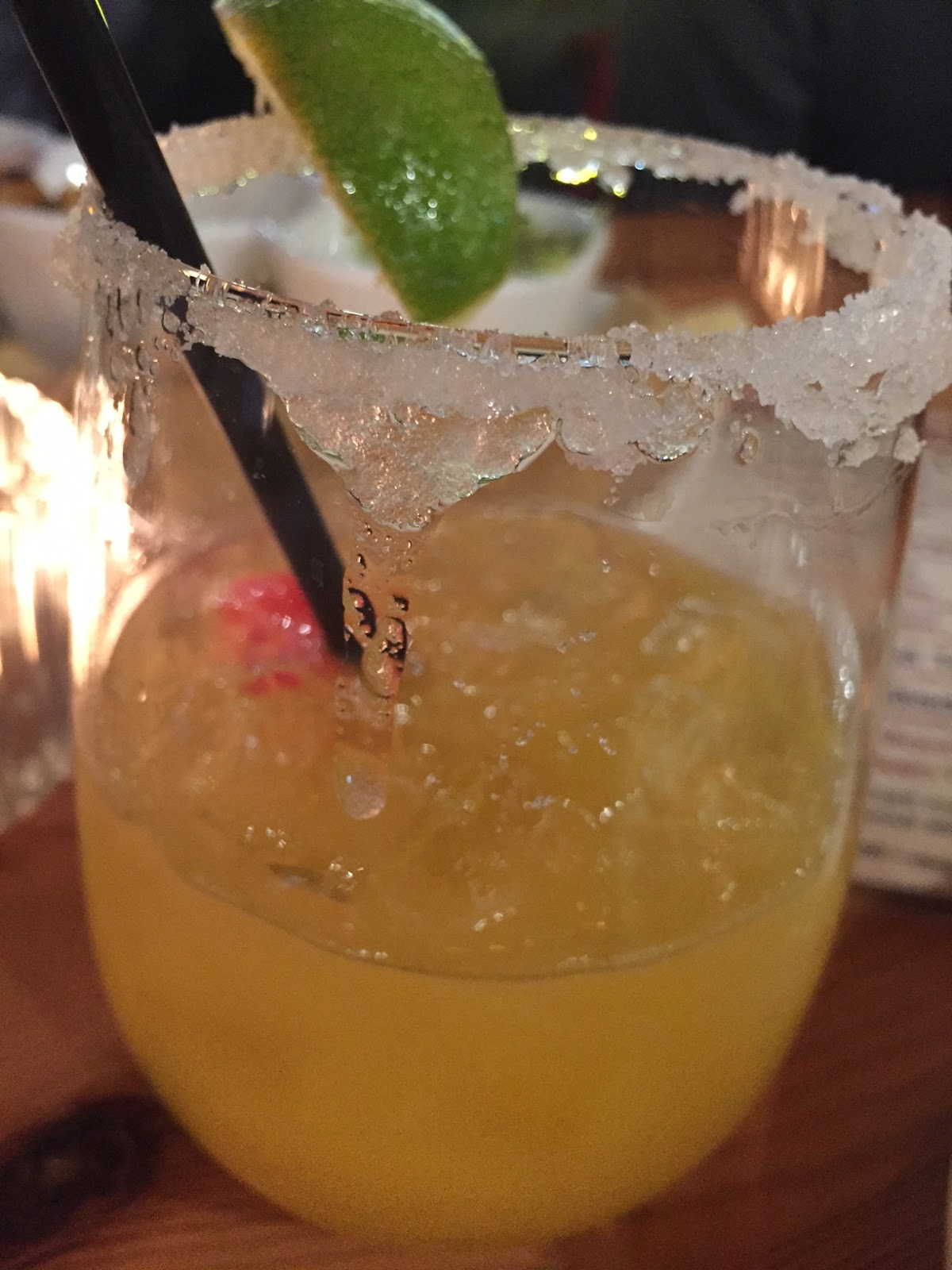 What was better than fine was this drink. I was joined by a couple of other friends and the server was pushing the sangria a bit so they tried it and LOVED this – so I had to get a glass – and then I loved it! I downed this one (as opposed to the margarita which was still sitting there). This was the Sangria Blanco ($8) – White wine, peach schnapps, strawberries, peach puree and orange juice. It was delicious! It was sweet but not too sweet (even though the ingredients make it sound crazy sweet) – all three of us agreed this was the best drink of the night. If I hadn’t been driving – there would have been a few more of these going down!

Why Should You Go? I really liked the carnitas and the pineapple salsa as well as the chicken tortilla soup – so those would be my recommendations. They’ve changed their menu quite a bit from my previous visits – the short rib app and the shrimp are gone but you can still build a burrito. All in all – it’s pretty good. But definitely go for the Sangria Blanco – yum!!

The folks at Redondo also provided me 3 – $20 gift cards to giveaway! So be sure to enter so you can try the sangria too!