With Larry’s job – it’s not often that we get time together to just drive around and try new things – but luckily we found time one Saturday afternoon. Thankfully it was also for my friend’s birthday! 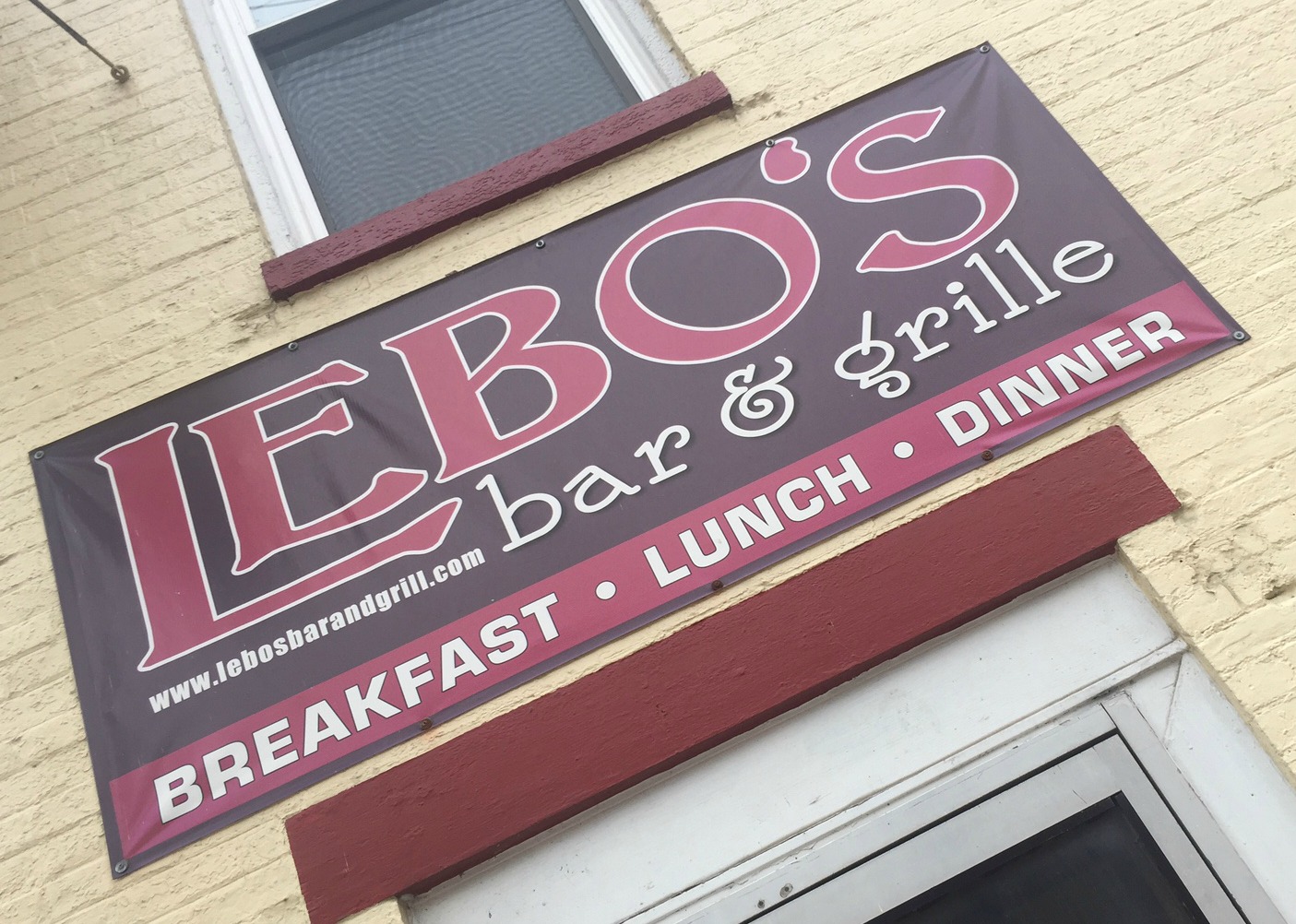 First we decided to stop at Lebo’s Bar & Grille – which I’ve literally driven by a thousand times. Turns out Larry used to go there all the time – “back in the day”. 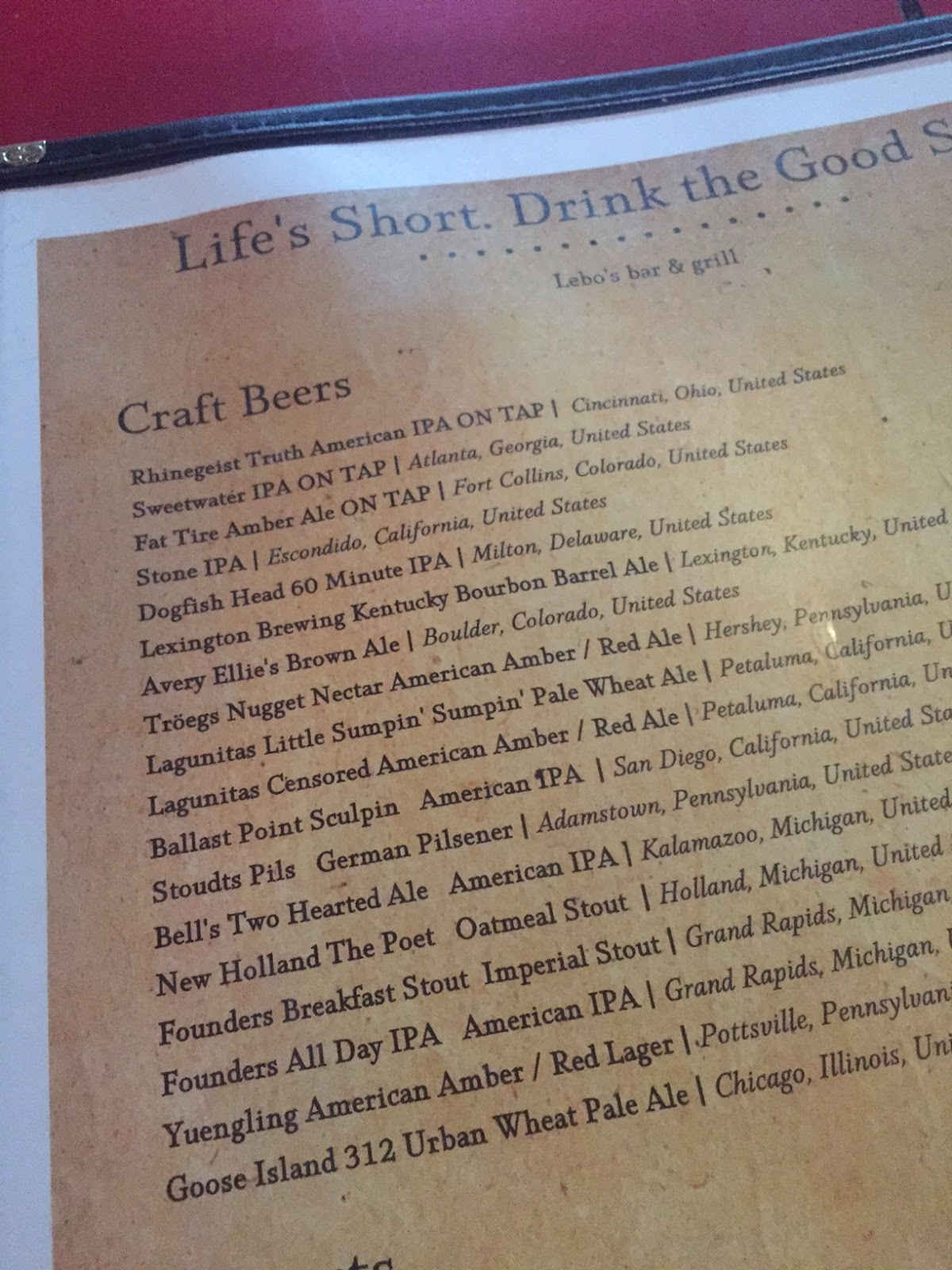 They’ve got quite a craft beer selection! There’s a huge patio on the back as well… 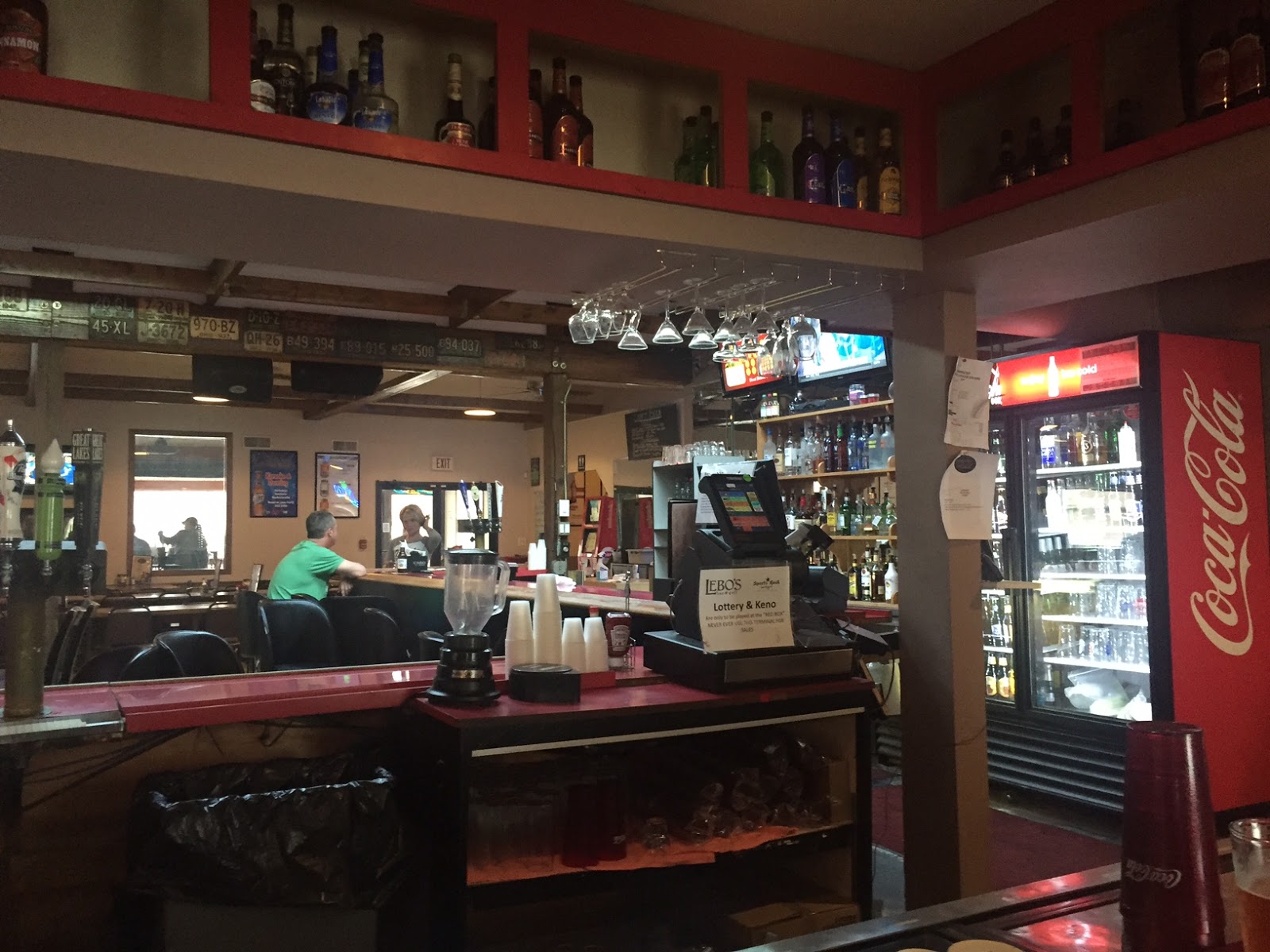 Inside is a large bar, pool table and games. It’s been around for years – and definitely is a place that has “regulars”. 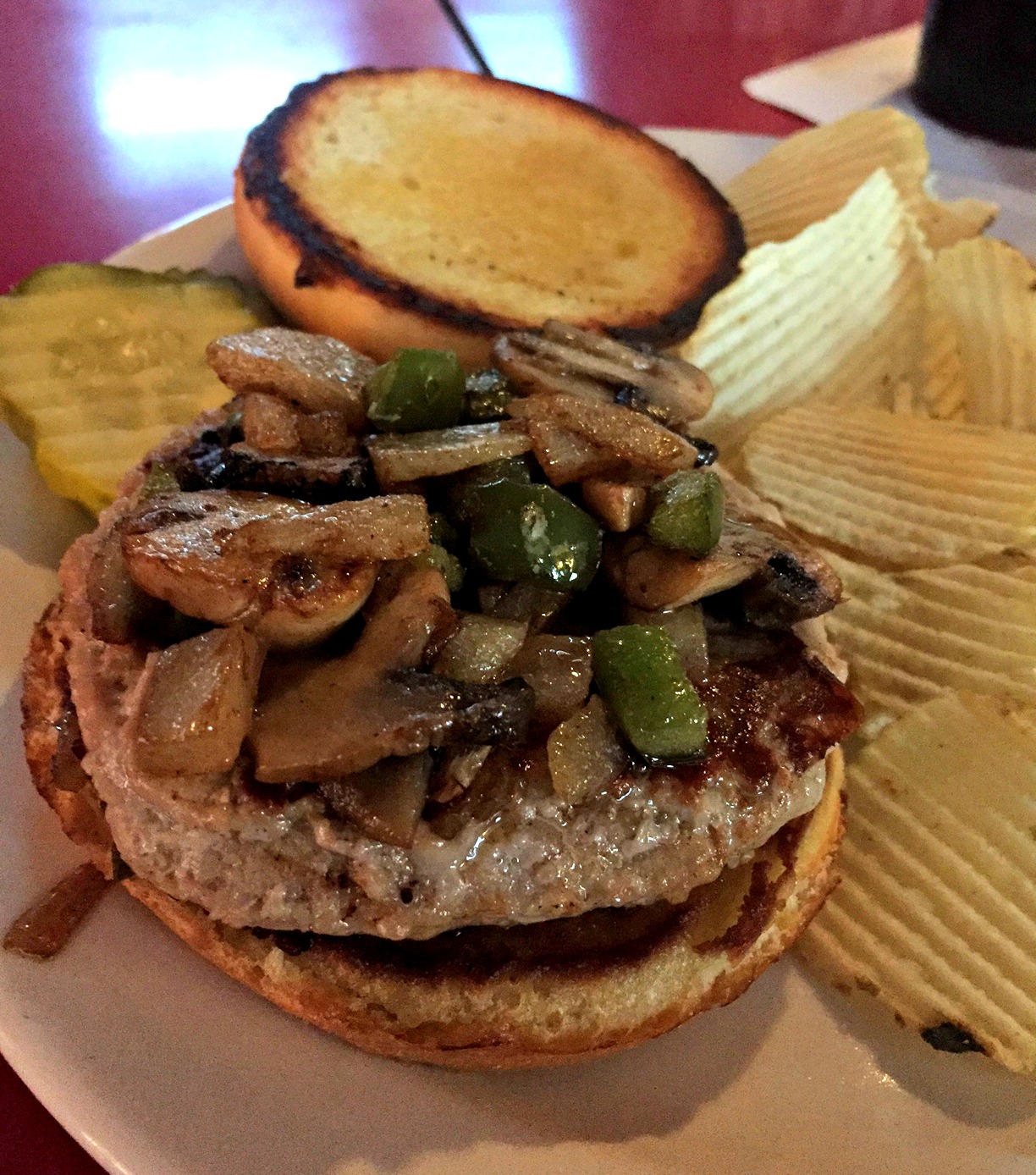 I was just starting to eat healthier at this moment – so I went with the turkey burger ($6.95) and loaded on the veggies. It was good – especially for a turkey burger! What I’ve noticed since being on Weight Watchers is that IF you have toppings – you don’t miss the cheese. Now if I’m at Quatman’s – I’m getting cheese – or Terry’s Turf Club (aka Goat Cheese Heaven) – but if it’s something else – I’ll just add on the veggies. 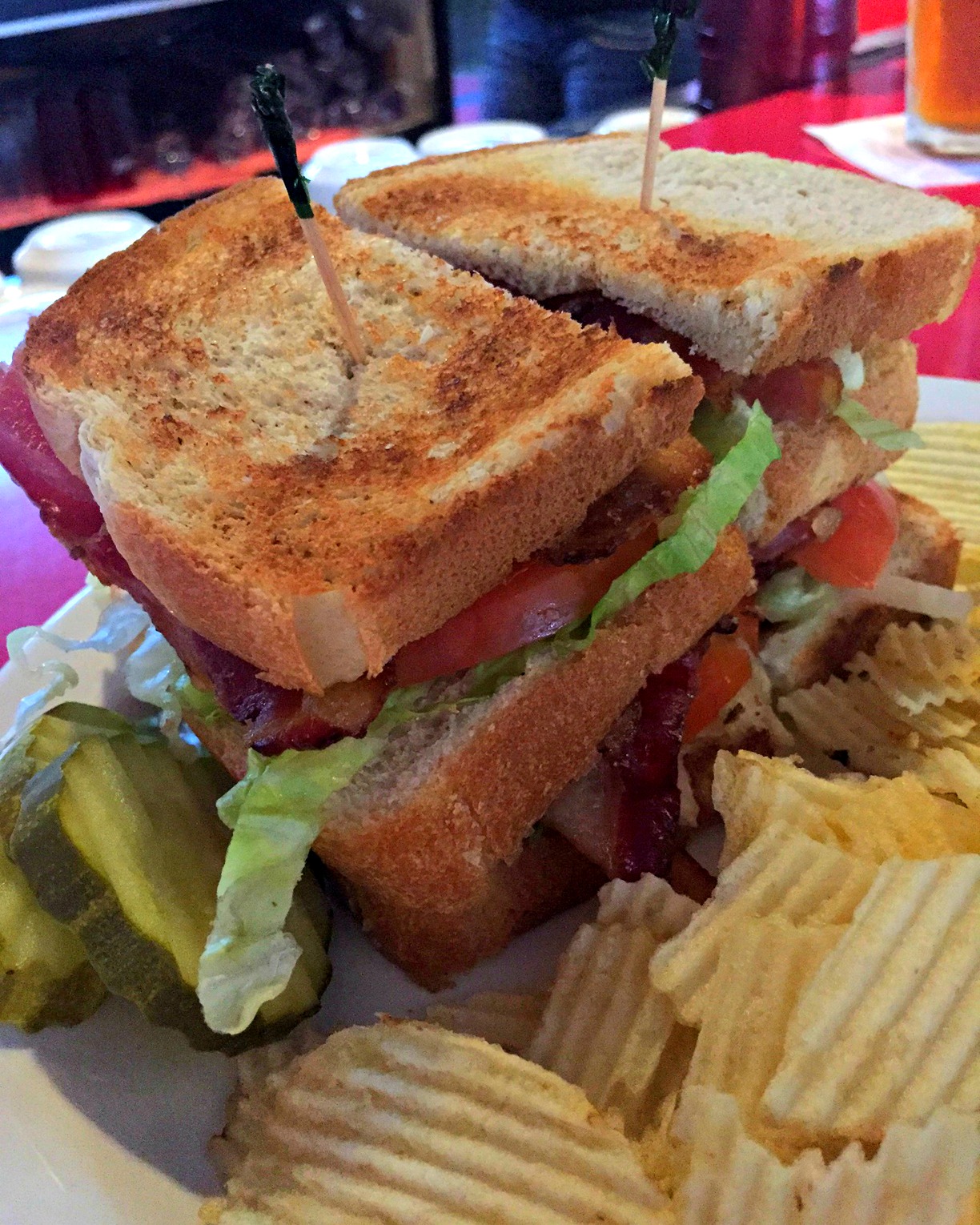 Larry got a BLT – which never fail – I’m always jealous of what he orders. Luckily he’s nice and let me have a bite of bacon that fell out.

Why Should You Go? I was really surprised by the quality of food. It’s a dingy place but the patio is great and the food was really good. I would DEFINITELY go back – especially for biscuits & gravy at breakfast! 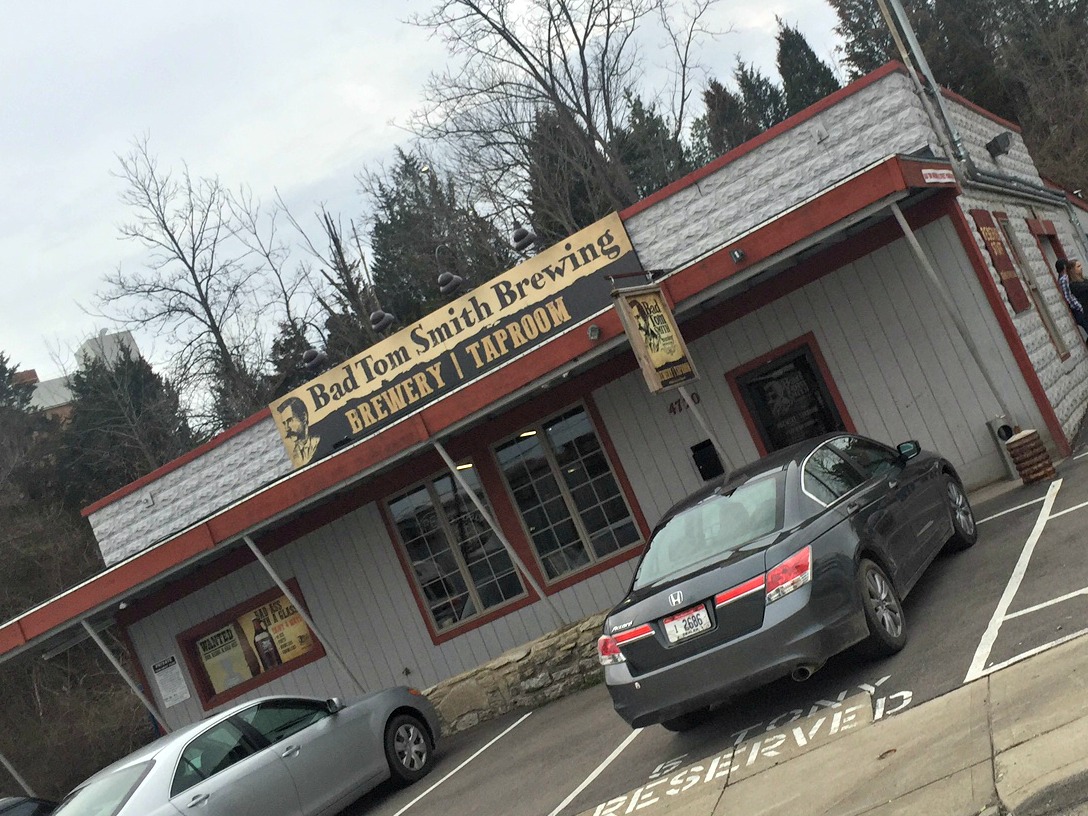 After we had some grub, we headed over to Bad Tom Smith Brewing for some birthday beers for my friend Kelly! Bad Tom Smith is right next to Bella Luna – I had no idea it was even there. It’s a cute little spot! 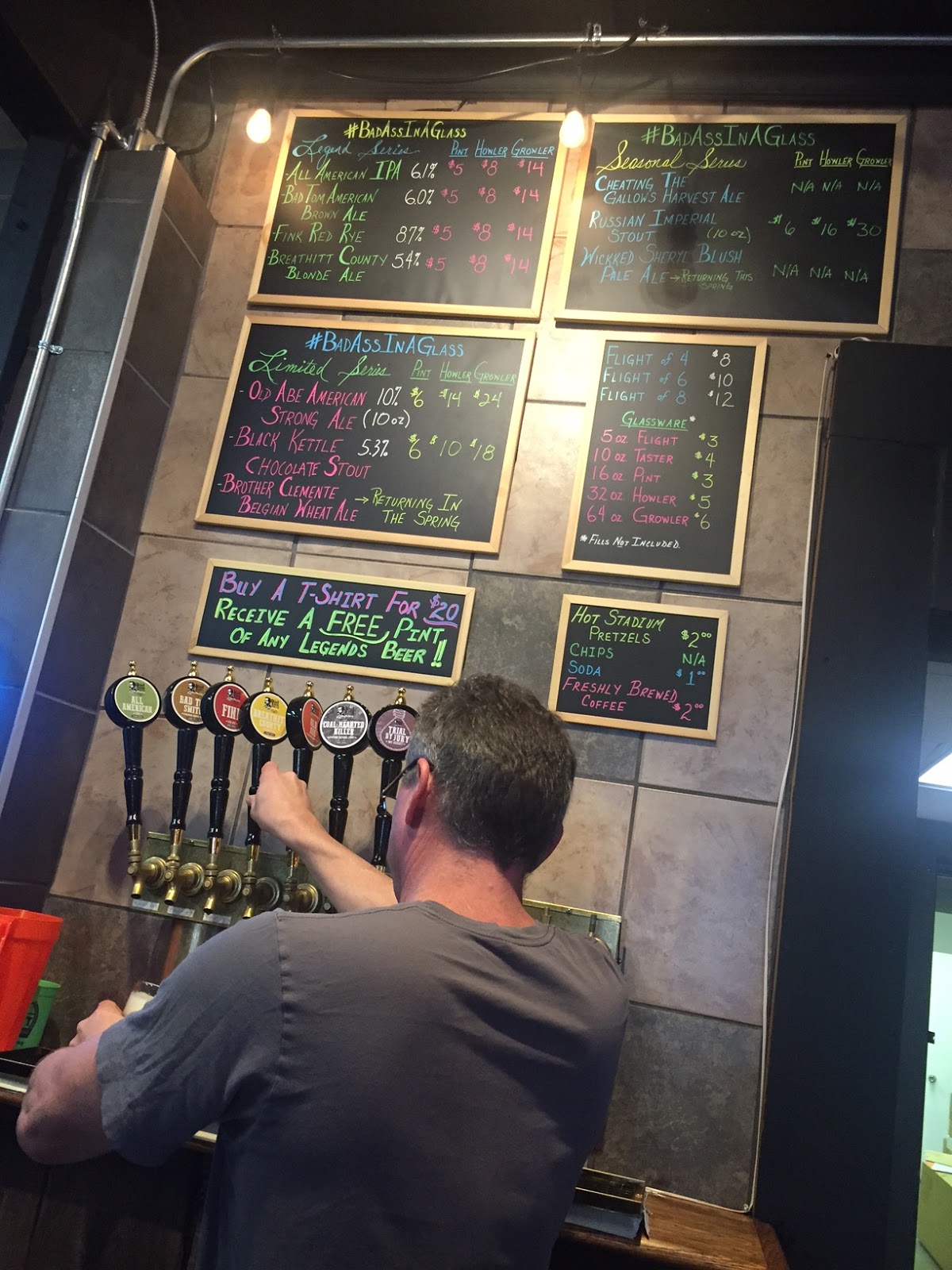 Inside they had a few beers on tap – no ciders 🙁 but they had a decent selection – Larry was happy for a hoppy IPA as usual. 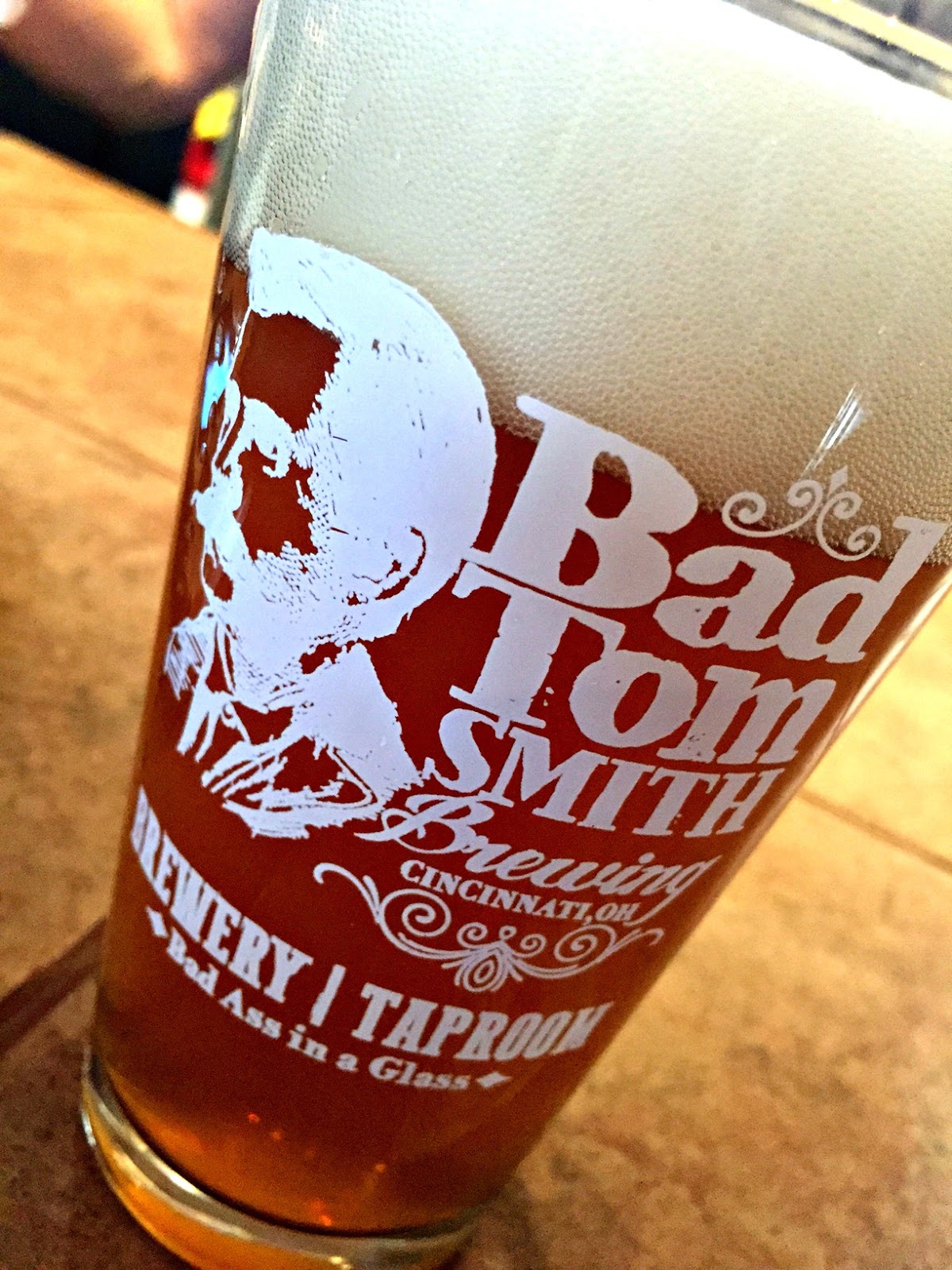 All in all – it was great because my Kelly was happy for her birthday! It’s a very small little tap room but they have quite a few tables and popcorn.