My friend Matt is a HUGE fan of Vietnamese food – especially a good Banh Mi sandwich. He told us that he and his wife came across a little “dive” on Court Street and it was awesome – so OFF WE WENT! 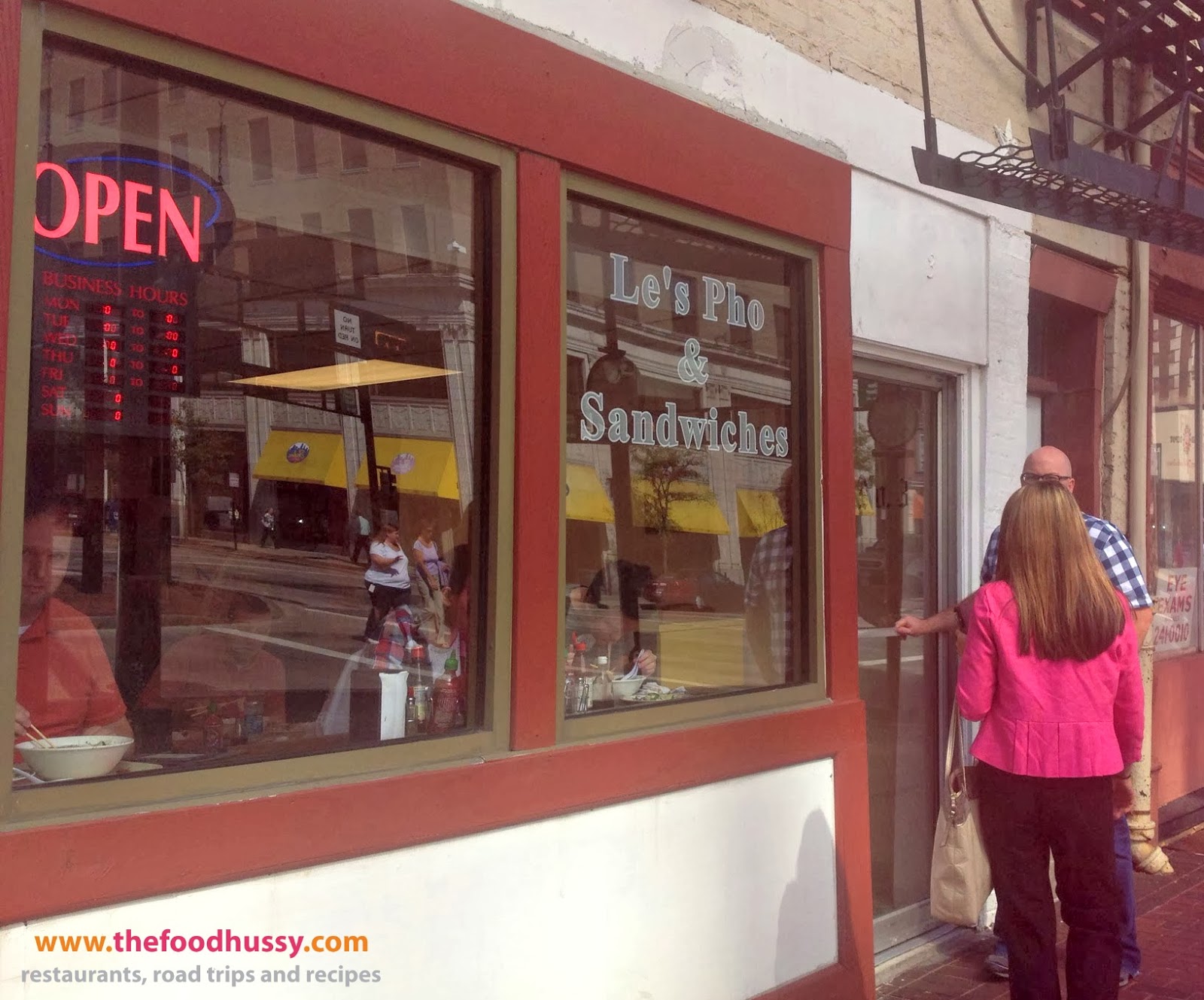 Here we found Le’s Pho & Sandwiches – sounds descriptive enough – it’s up a couple blocks from Tom + Chee from the courthouse – if you’re trying to gauge it. It is a bit dive-ish – but it was also packed – which we saw as a good sign. 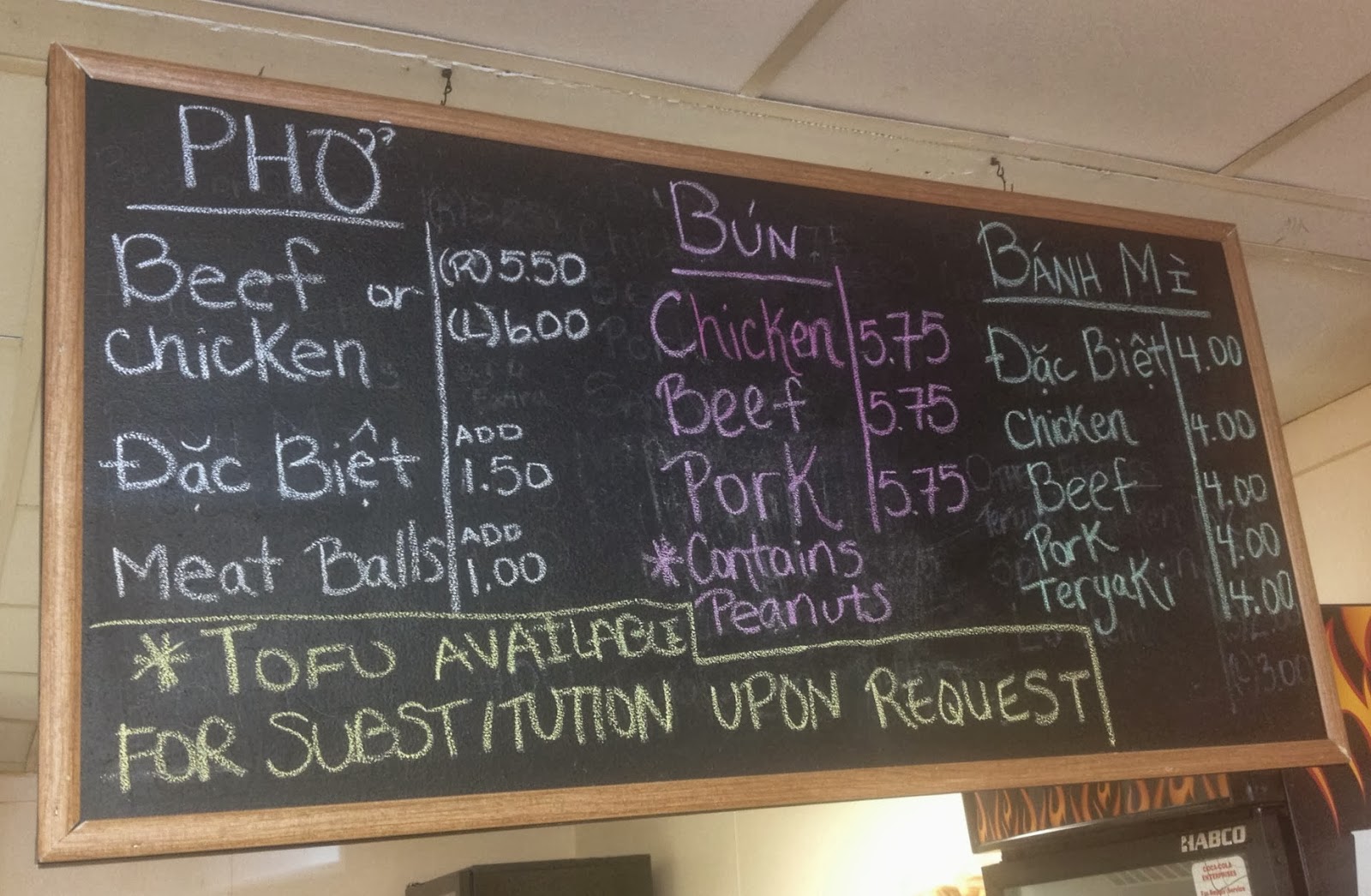 The menu is above the counter and is pretty basic – the prices are REALLY reasonable and there are a lot of options for such a small place. 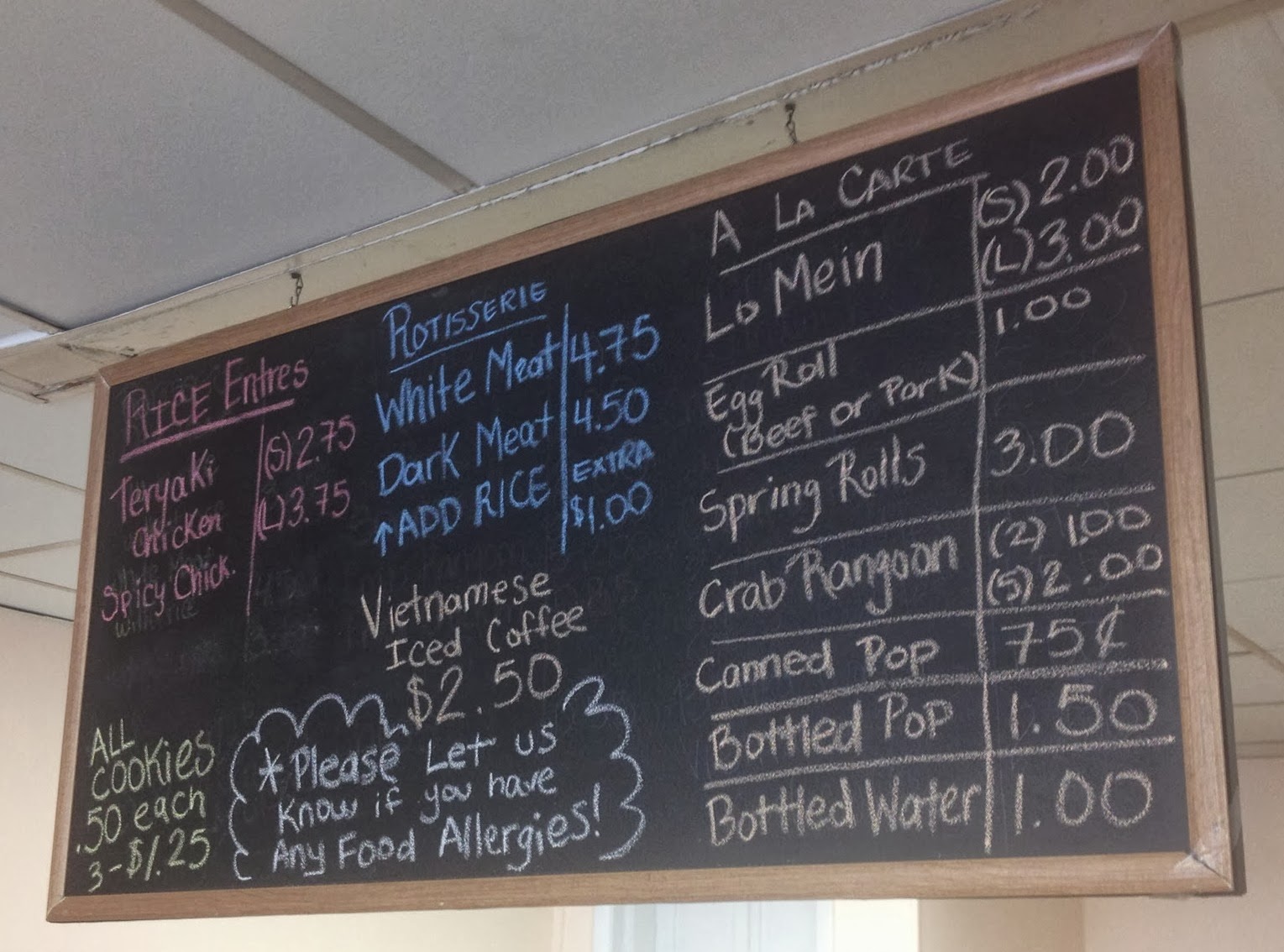 More menu items – I already know I want to try the Teriyaki Chicken! 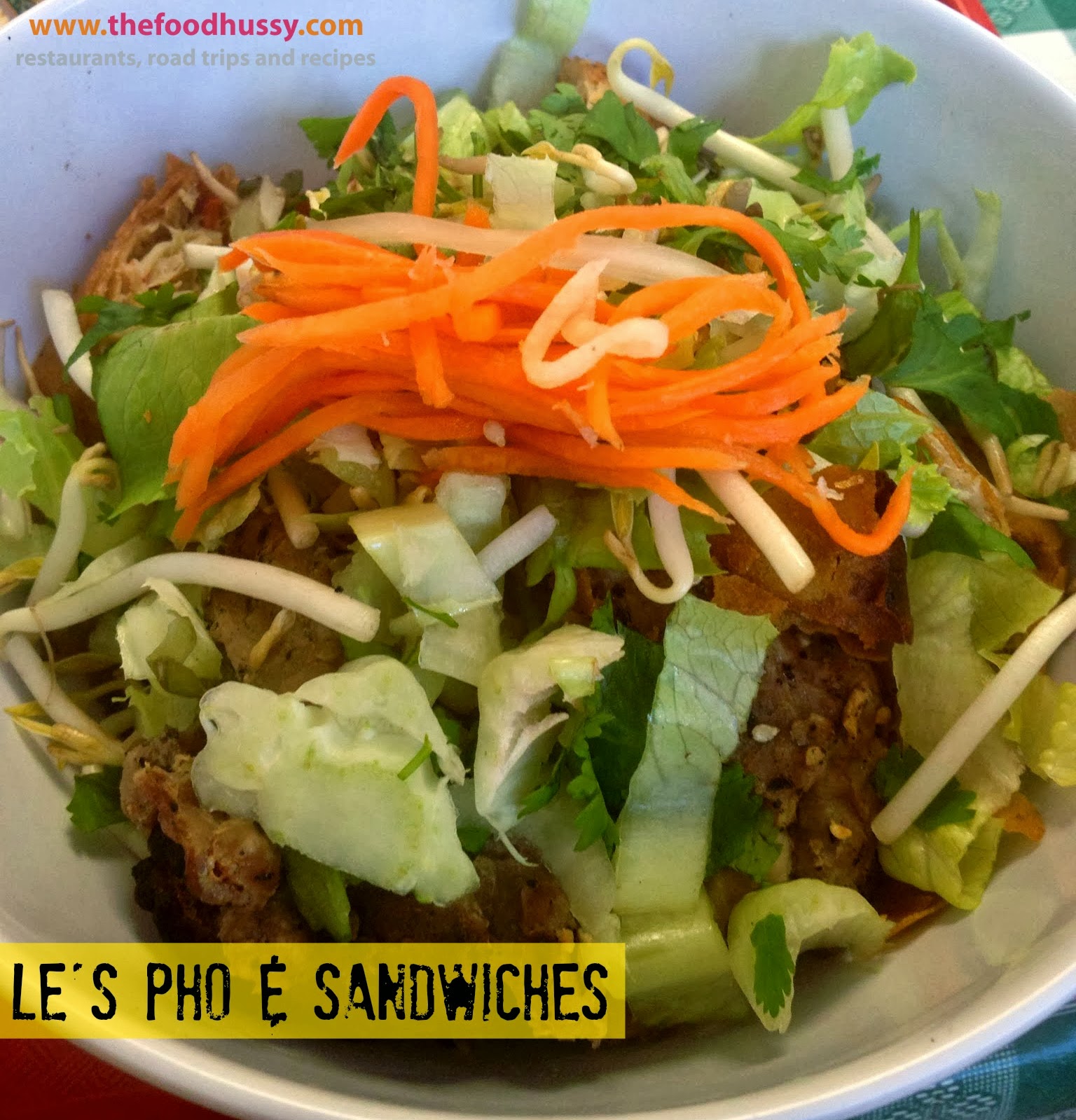 I asked the (clearly Vietnamese) woman what the Bun was and – to be brutally honest – I don’t know what she said – too much ADD in my head. I get distracted by new places – it was me, not her. That said – I didn’t want to ask twice – so I just said, SURE! I chose pork.

This is the bowl I got and it’s REALLY a big portion – I wasn’t too sure what all was in there – but I figured I would just dig in and see what I got. (more to come on this) 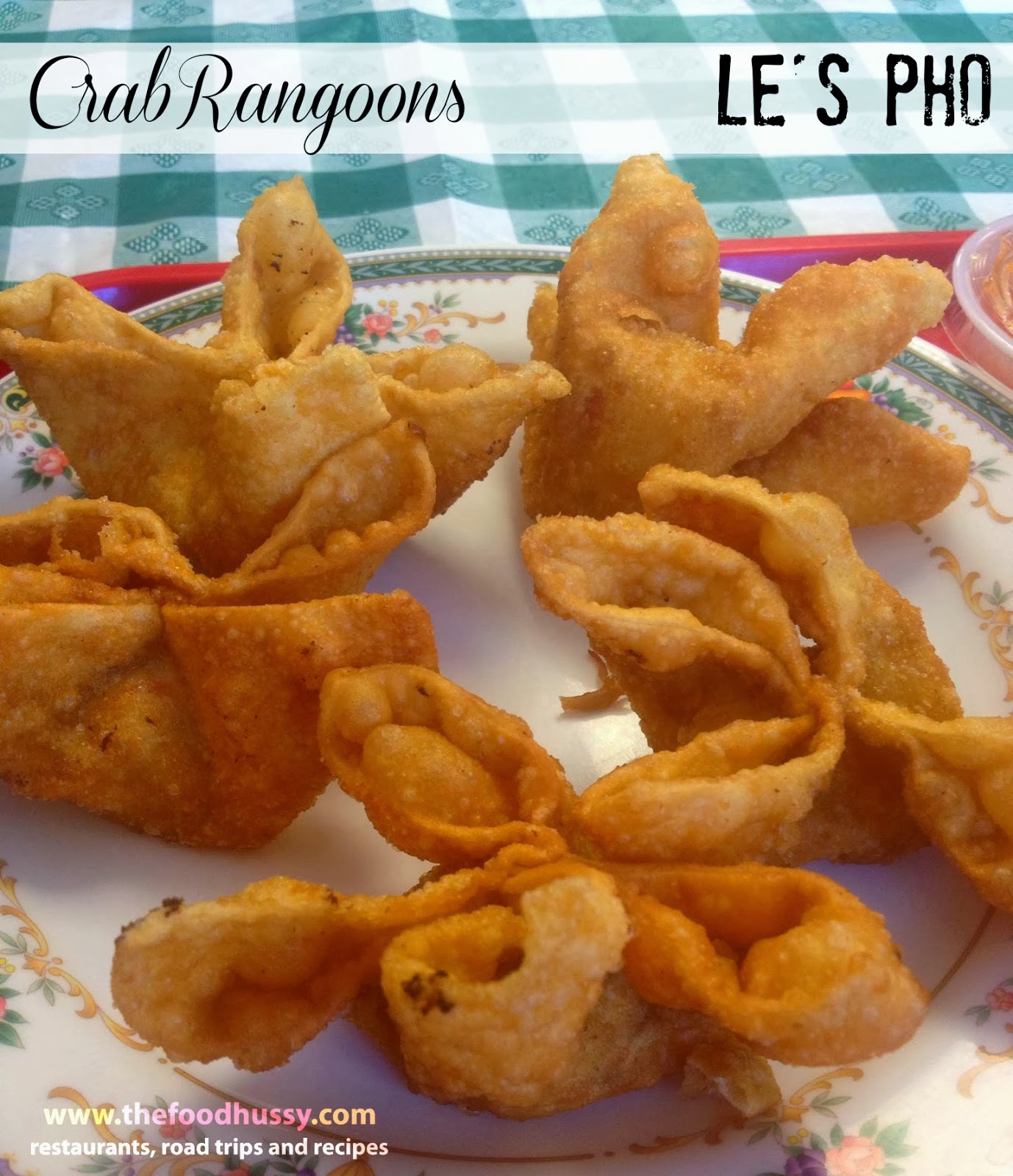 Lauren and I saw the crab rangoons on the menu and were oohing and ahhing over it when said counter lady told us they were homemade. Homemade. Crab Rangoons. Two bucks. Yes please. 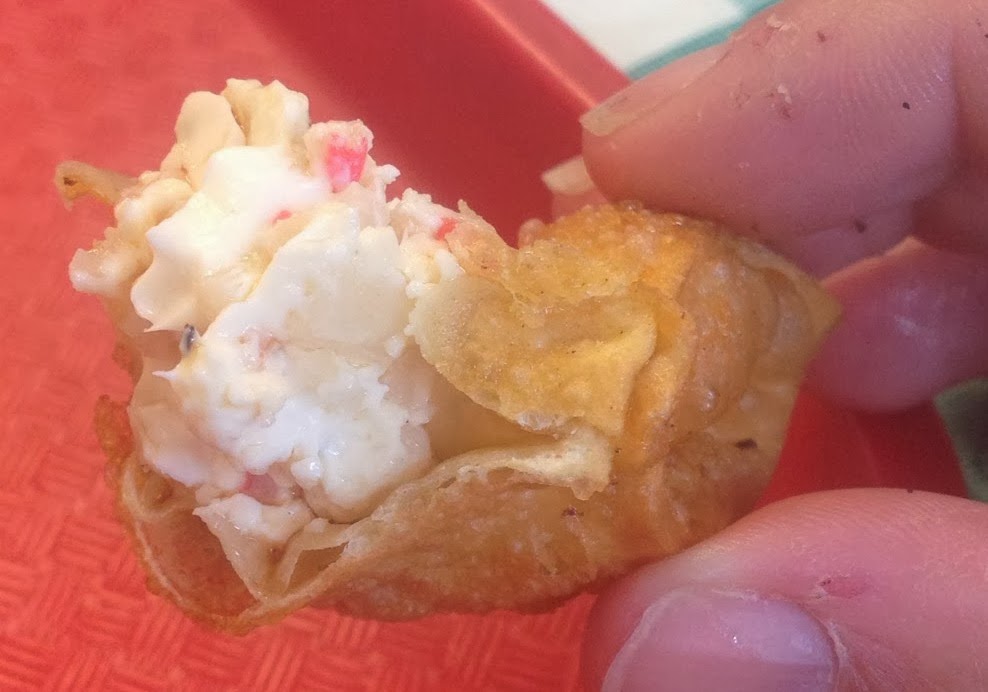 They were really good – it wasn’t just a tiny portion of whatever in them either – it was big chunks of “crab” (I think fake – but still good in this scenario). And for $2! We were in heaven! 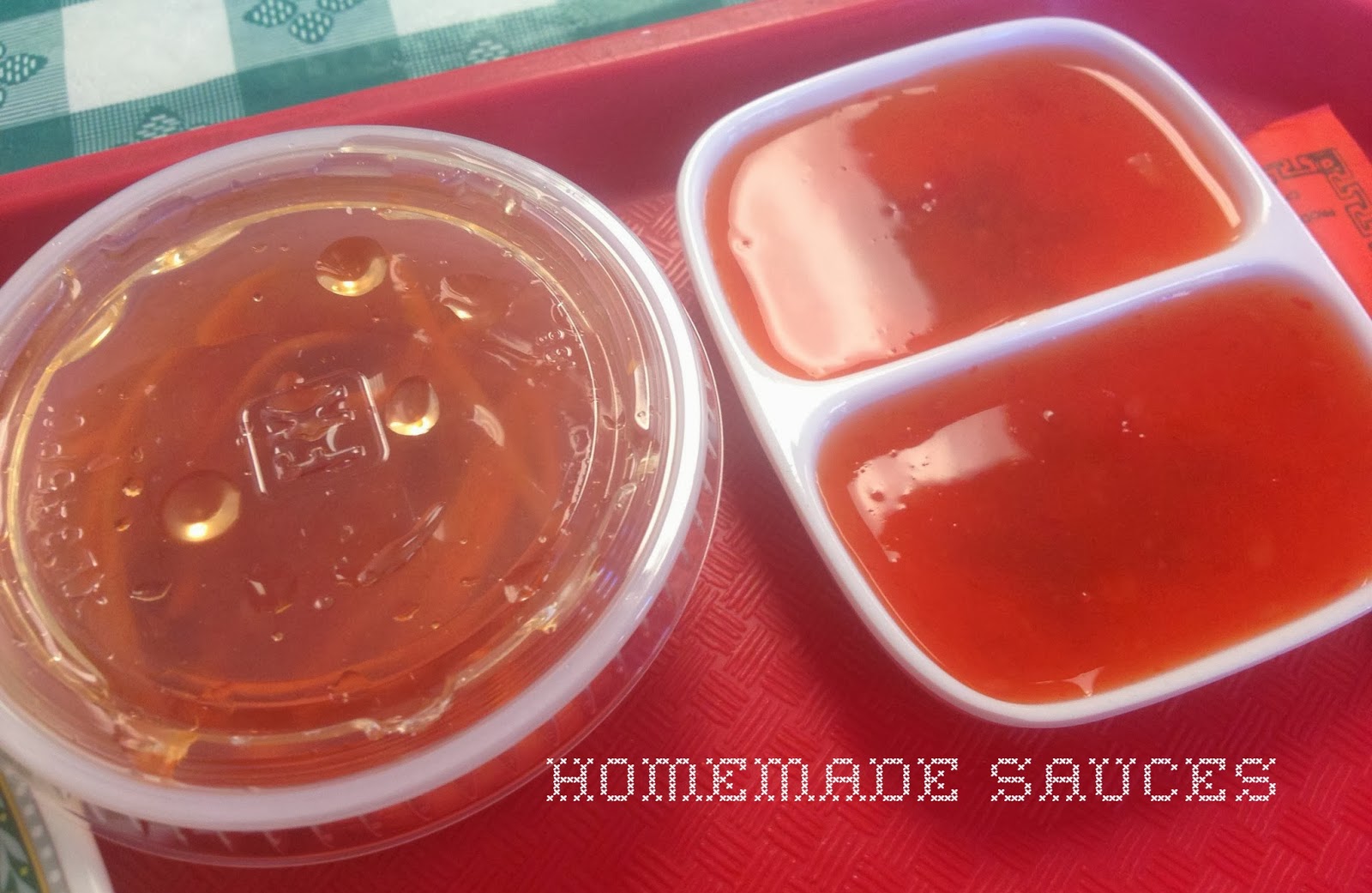 Homemade sauces to boot! The left was the sauce for my Bun and the right was the sweet & sour – definitely different than the red gloppy stuff you get at a buffet! Delish! The sweet & sour was much lighter and had a more complex flavor. 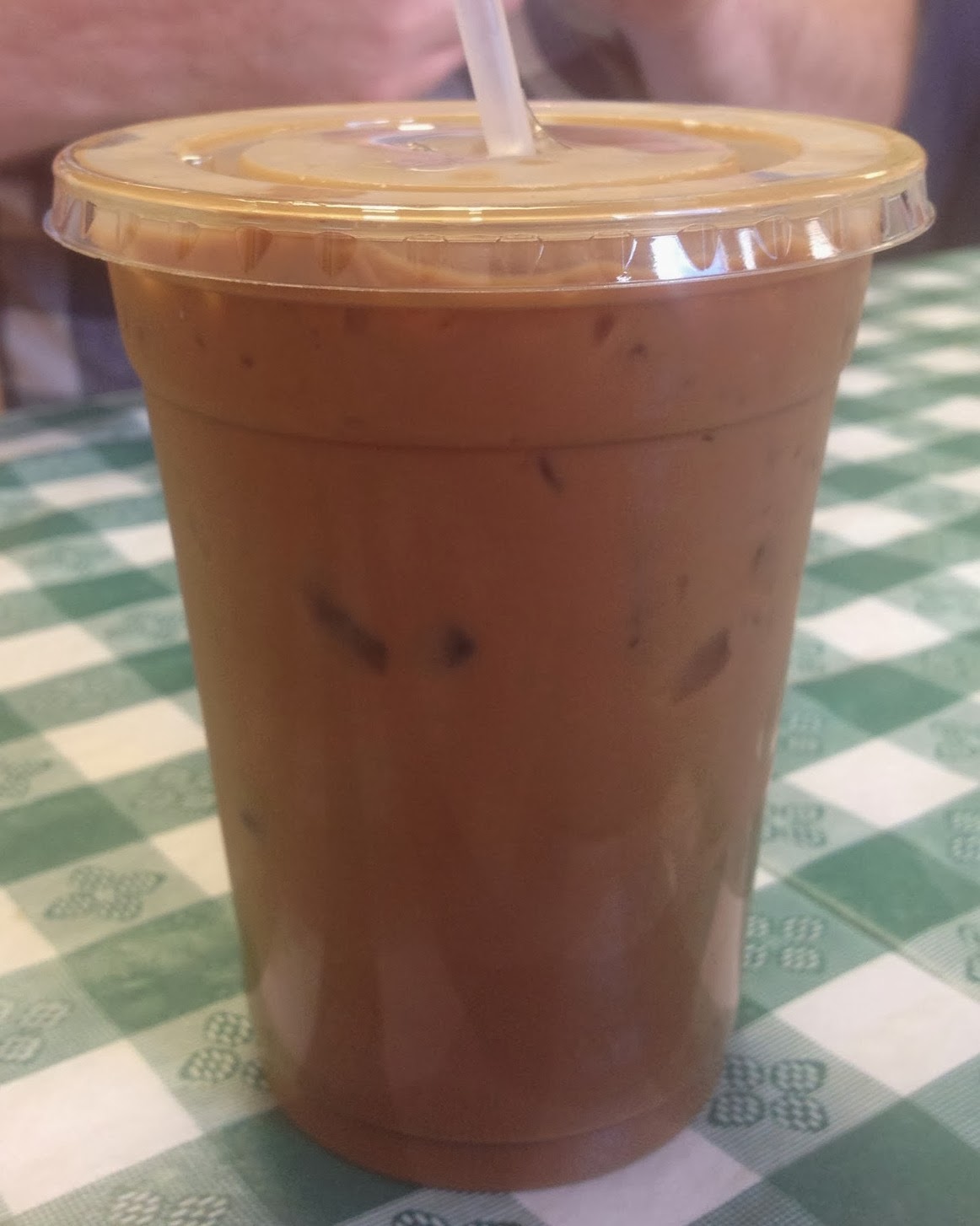 Matt got the Vietnamese coffee – I don’t really drink coffe but I asked if it was good and his eyes rolled to the back of his head. 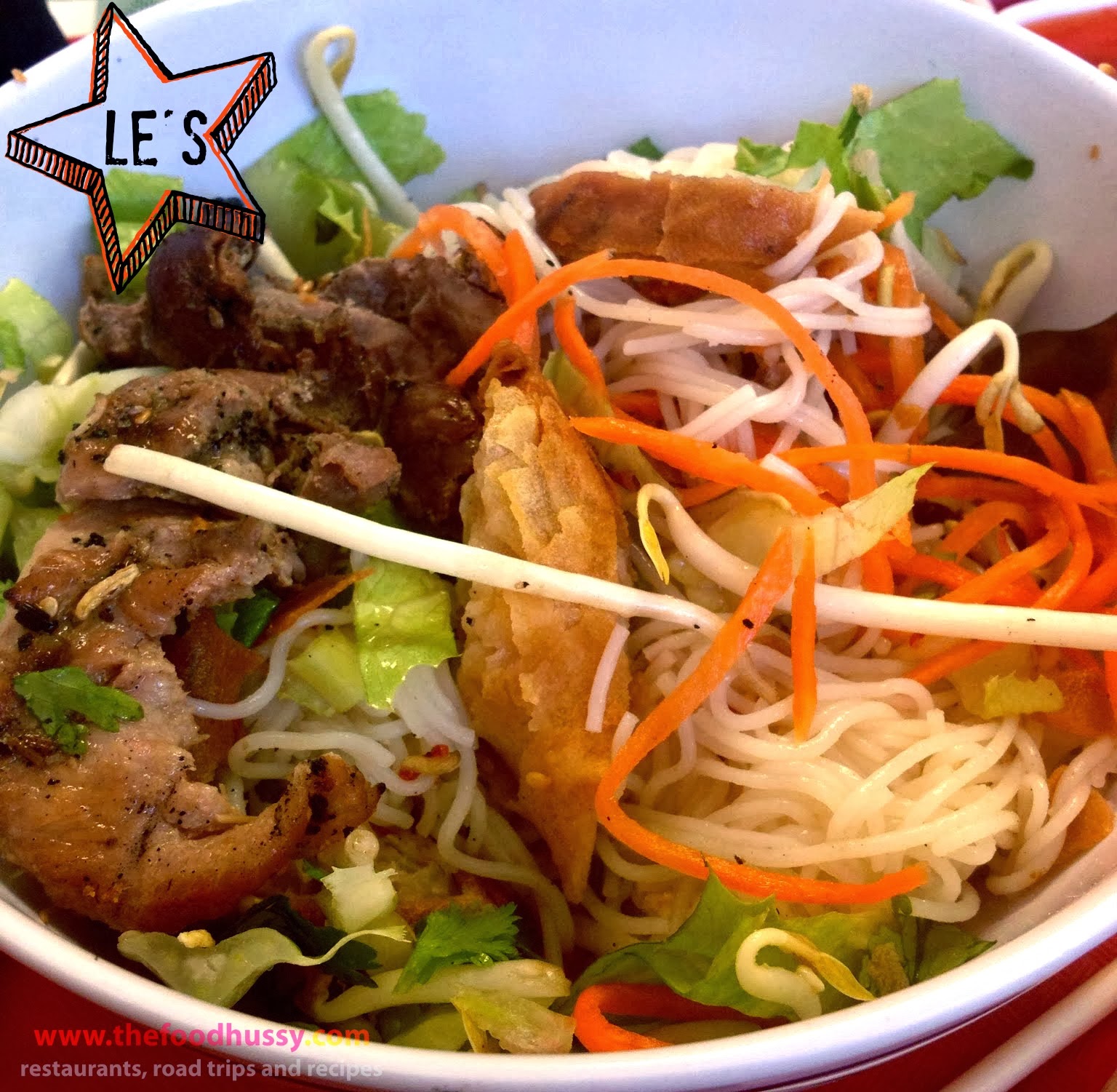 Here’s another mixed up shot of my Bun – there was rice noodles, pieces of egg roll, pork and tons of vegetables – all piled on – then I poured the sauce over top and mixed it up. The pork was really tender and the noodles were not at all mushy. I really enjoyed this. I ended up dumping the rest of the sweet & sour in – I think next time I would just ask for more of that. The sauce in the cup was a little spicy for me.

Why Should You Go? Lauren and Matt both got the Banh Mi sandwich and loved it – they dove in before I could even take pictures of it! A lot of other patron’s had the pho – so I’m sure that was good too. I think Le’s has a great future in downtown Cincinnati and at the prices – a lot of people will be heading in their doors! Good luck!