Every once in a while – I just get a hankering for a good burger. A really good – juicy – unique burger. We’d driven by Mad Mike’s in Newport numerous times and I’d heard rumors of their burgers – so finally – Dawn & I made it a point to go.

It’s up the street from the Levee on the corner where Graeters used to be. Once inside – there is a big menu on the wall and you order at the counter. They’ll give you a number to take to your table. There was ample street parking nearby as well. 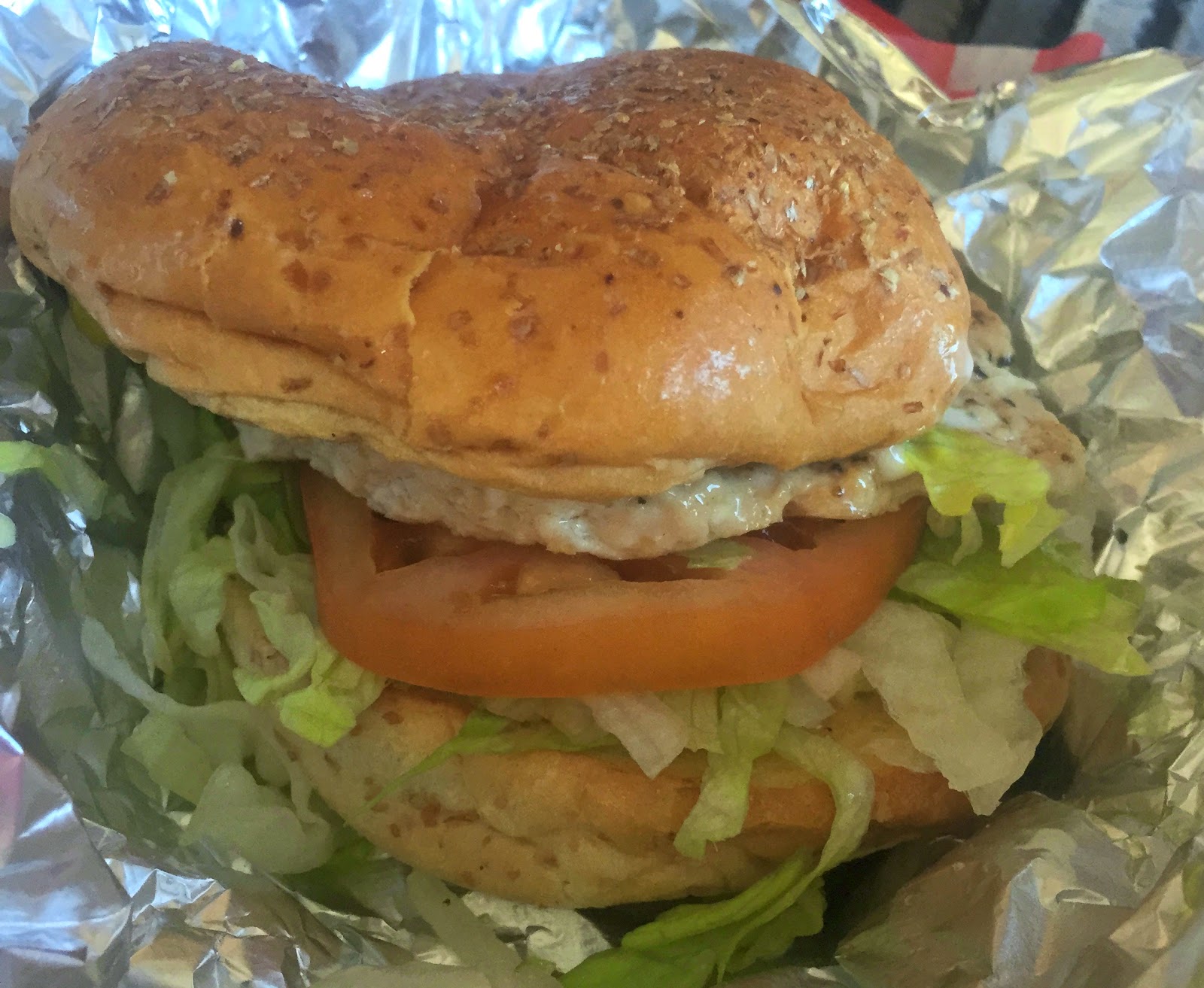 Dawn got a simple chicken breast sandwich ($6.99) – a chicken burger in their world. The burgers do not come with a side – just an fyi. 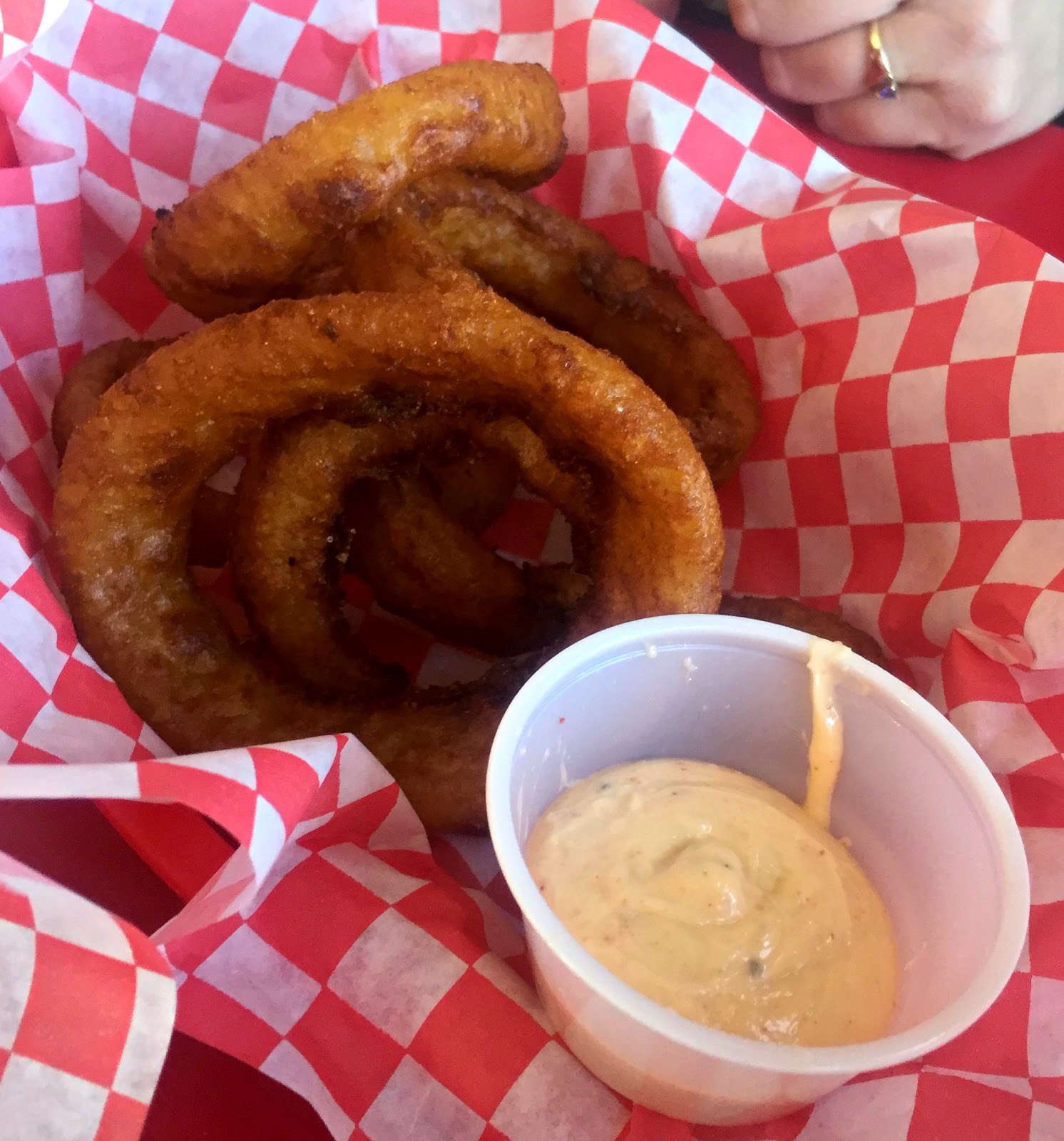 Dawn chose onion rings for her side. They just sounded delicious. Theirs are served with a spicy aioli sauce. Dawn was nice enough to let me try one. The batter was nice and crispy – done the right amount – a little salt on top. Good stuff. The aioli was okay but the onion rings are rich enough on their own. 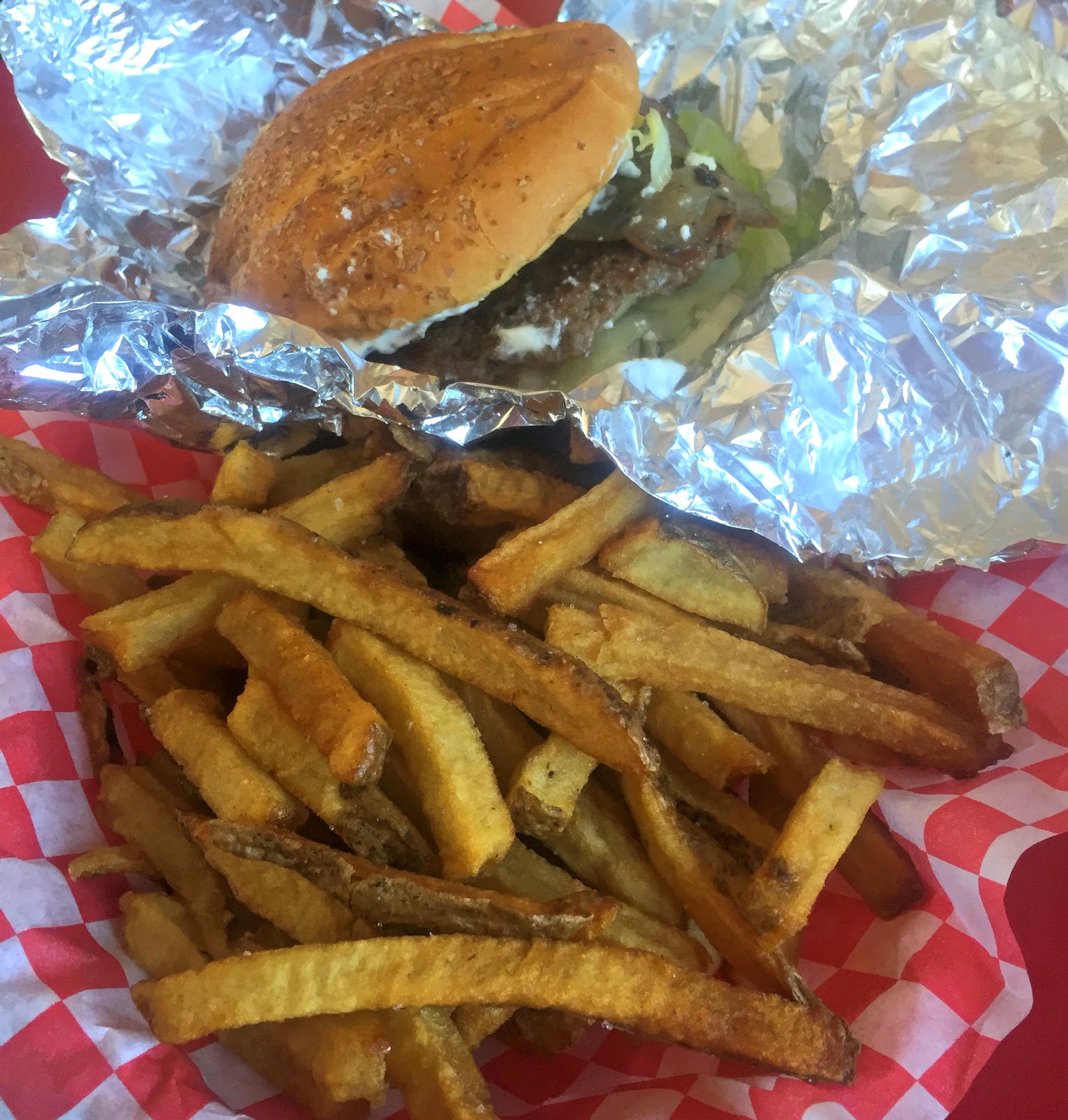 I ordered the Pride of Zeus Burger ($6.49) – which is basically a gyro on top of a burger. It’s got gyro meat, feta cheese, tzatziki sauce, lettuce & onions. I don’t know for sure – but I don’t think the gyro meat is from a spit (i.e. fresh) as it was a bit dry. The burger itself was pretty good. The gyro on top took it a bit over the top and was a bit dry. The tzatziki was good though – so I was happy about that.

I got fries for my side ($2.19) and they were pretty much Penn Station fries.

Why Should You Go? They have really creative burgers – I already said that next time I want the Look-Out Below – with cream cheese, jalapenos, mad sauce, fried egg & lettuce. Come on – that sounds delish! With what I got – it wasn’t the best burger I’ve had – but definitely worth another shot with another combination.