Recently I was in Indianapolis for a business trip and we were headed back and my new friend and colleage Ali said she was hungry. She wanted something healthy – so she pulled out her phone and started searching. She stops and says “How about Chicken & Waffles?”. Um healthy? But hey – I can’t blame her for going with her gut. 🙂 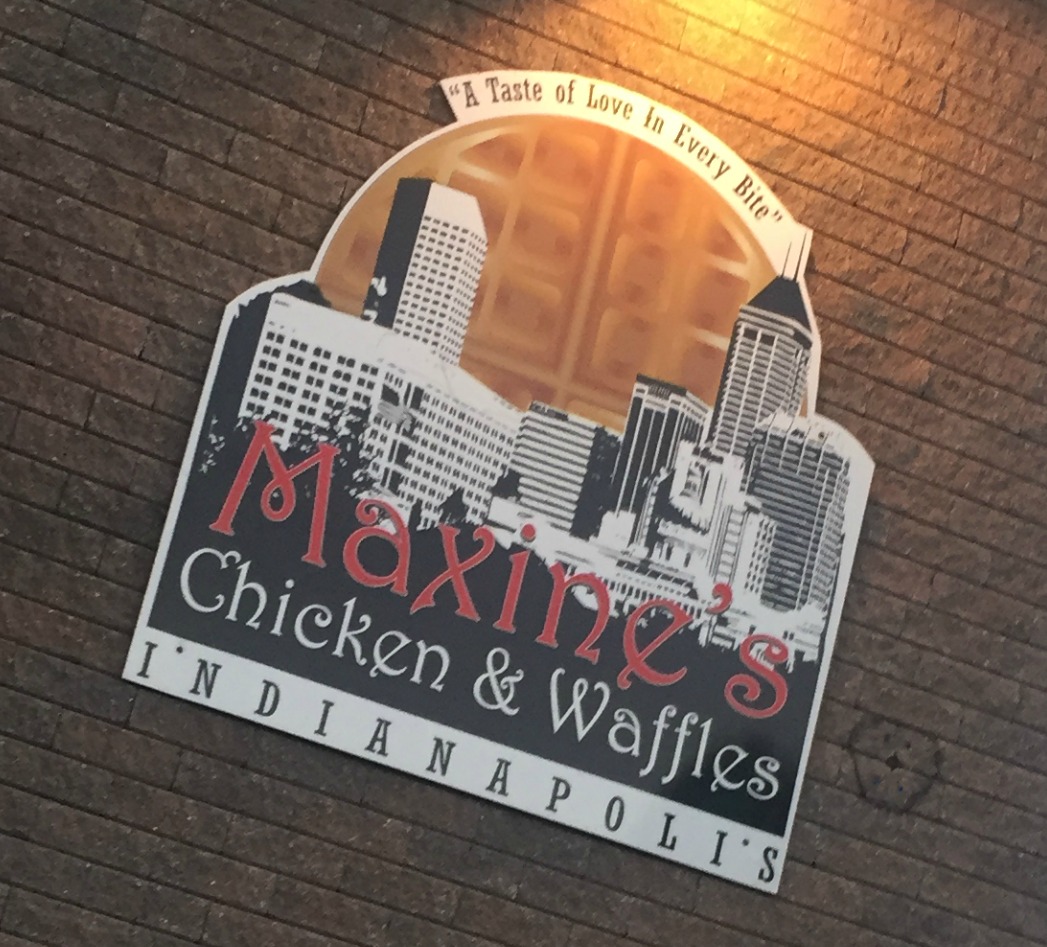 We decided to head to Maxine’s Chicken & Waffles in Downtown Indianapolis. The only chicken & waffles I have had before was Taste of Belgium – this is not that – and for me – that’s a good thing. I’m not the biggest fan of Taste – it’s fine – but the waffles are a little too heavy and the chicken was dry when I went – so I’m fine with trying something else. 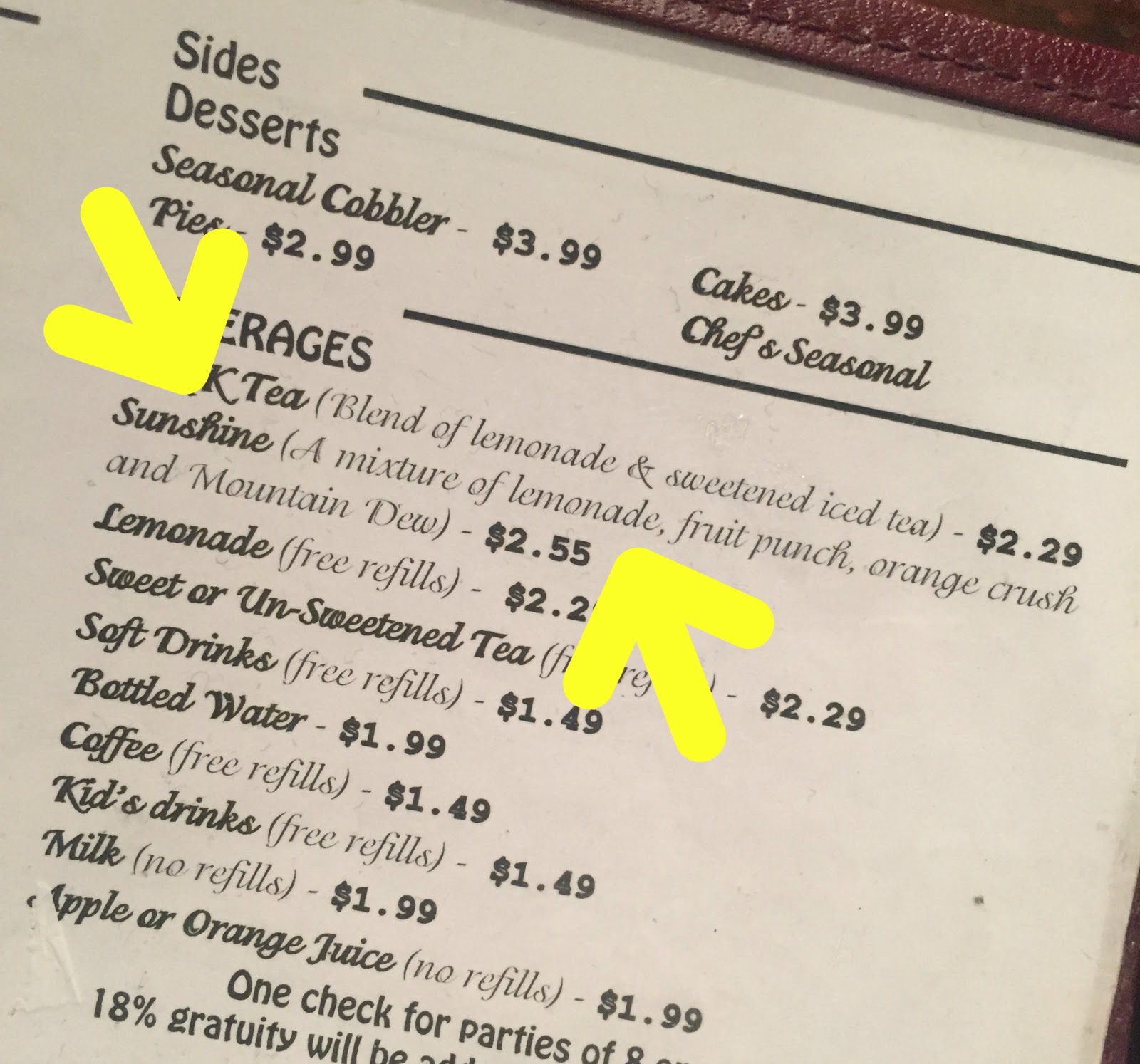 The first thing I noticed was the drink menu – there is something called Sunshine on the menu ($2.55) – so right there – I’m in. It’s a mix of lemonade, fruit punch, Orange Crush and Mountain Dew – um yes please! 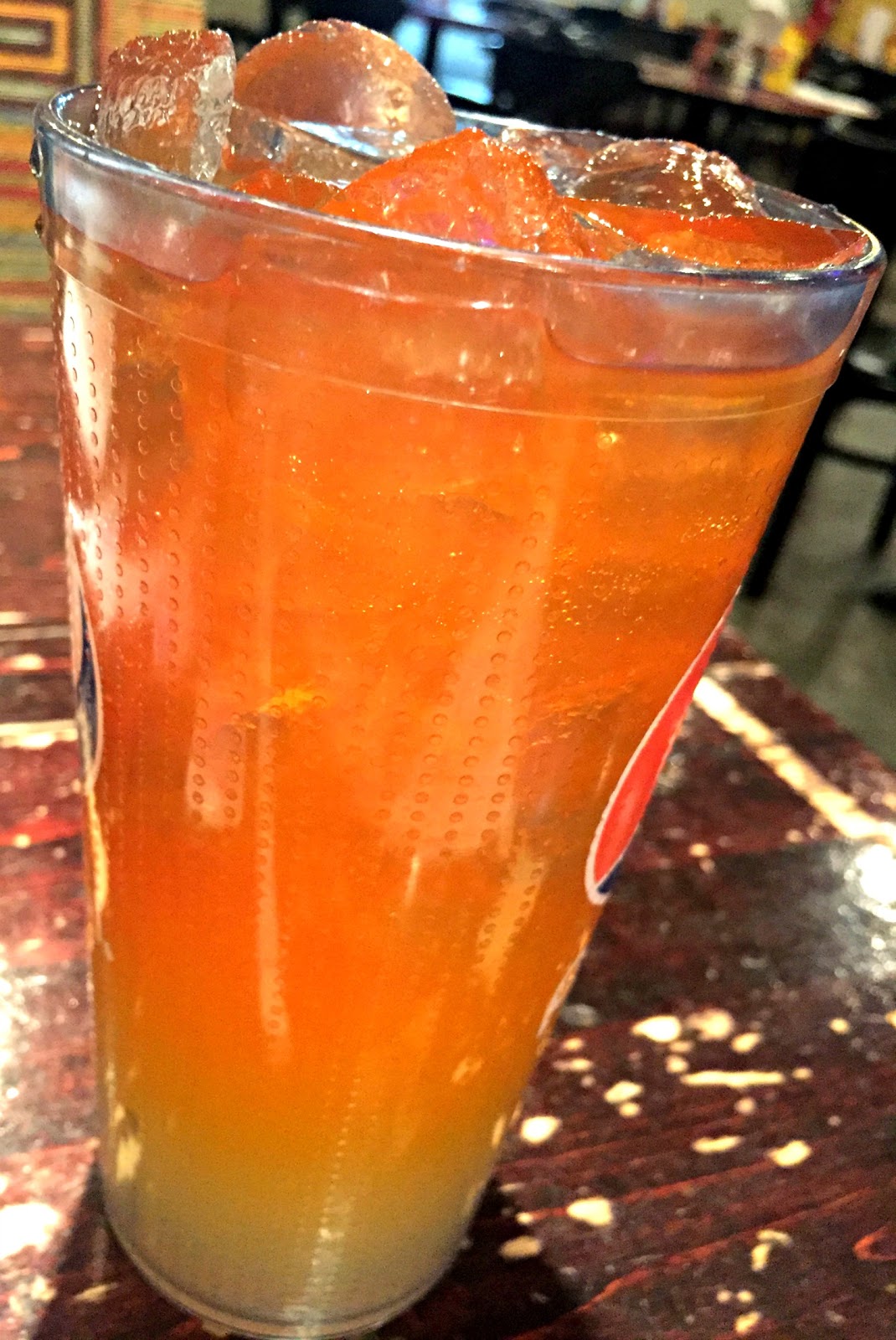 So here it is – my giant cup of Sunshine! I have to say – it was tasty! Ali got it as well and she’s not much for soda – but even she couldn’t resist! It was zingy and refreshing and not overly sweet. 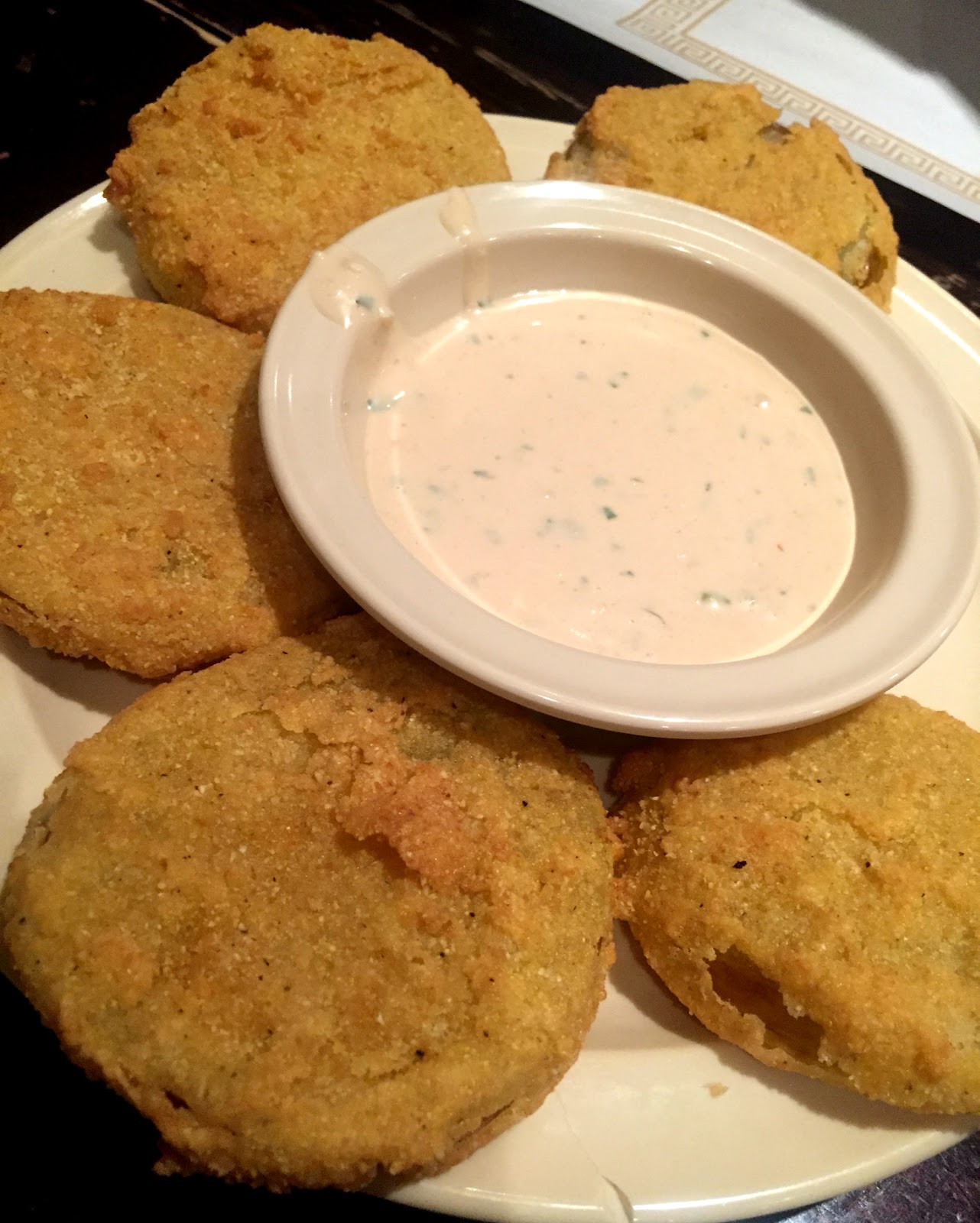 Ali decided we also needed to try Fried Green Tomatoes ($6.99) served with a “southern sauce”. I had never had them before so I was up for it. The sauce was a some sort of salsa ranch-type dip – I think – it was tasty. The tomatoes were okay – the breading was a bit flavorless – but it wasn’t bad. 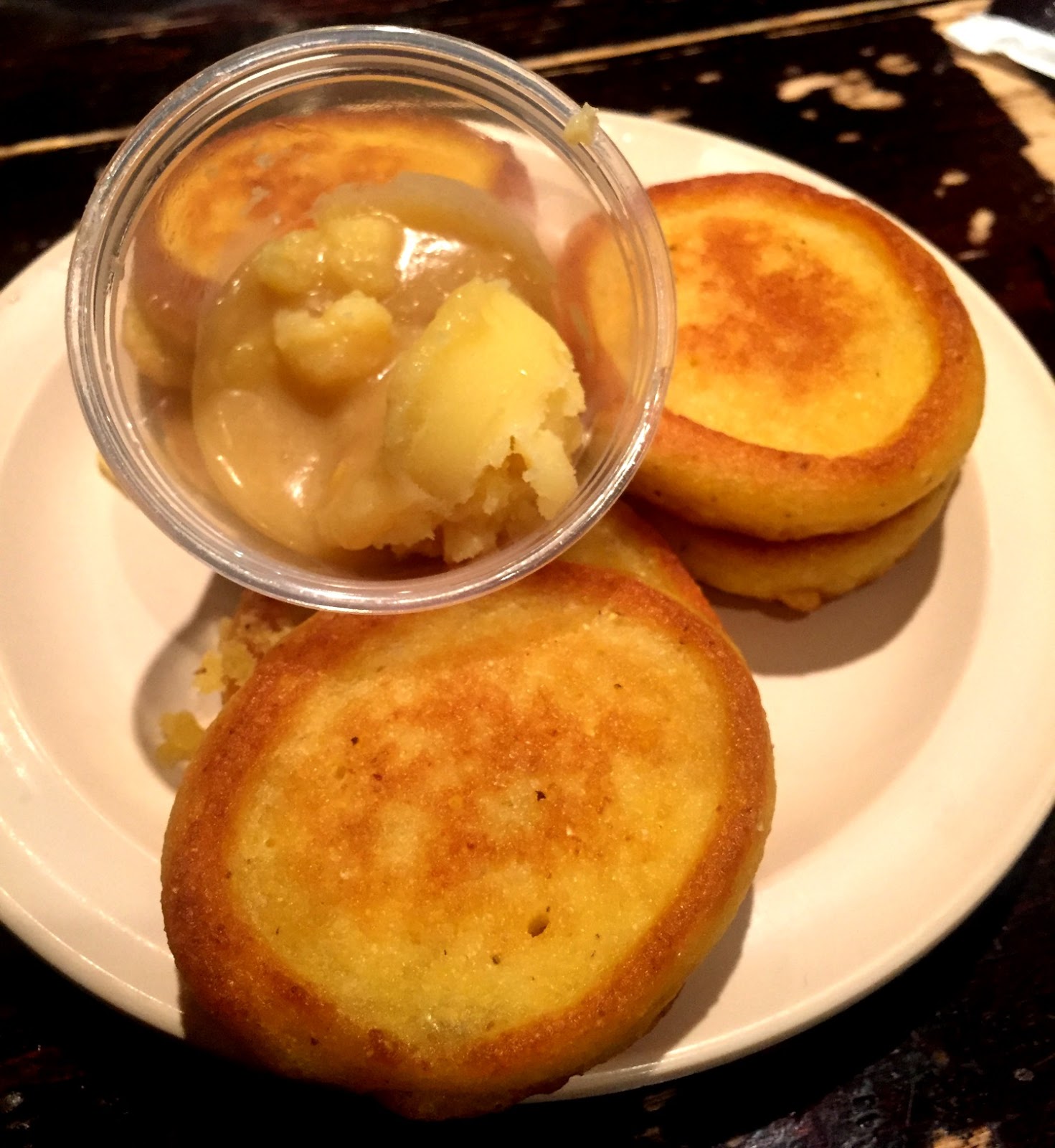 I mandated that we try the fried corn bread ($1.25) served with peach butter. For the bargain price – I could have just ordered 5 of these for dinner! I love the Johnny Cakes at Butt Shack – and these were very similar. I love cornbread – so then you make it bite-size and fry it in butter – yeah – I can’t help but love that! The peach butter is their specialty (you can buy it in larger quantities too) and it’s worth trying for sure! It’s not overly peachy but it does have an extra sweetness and little pieces of peach. So delicious! 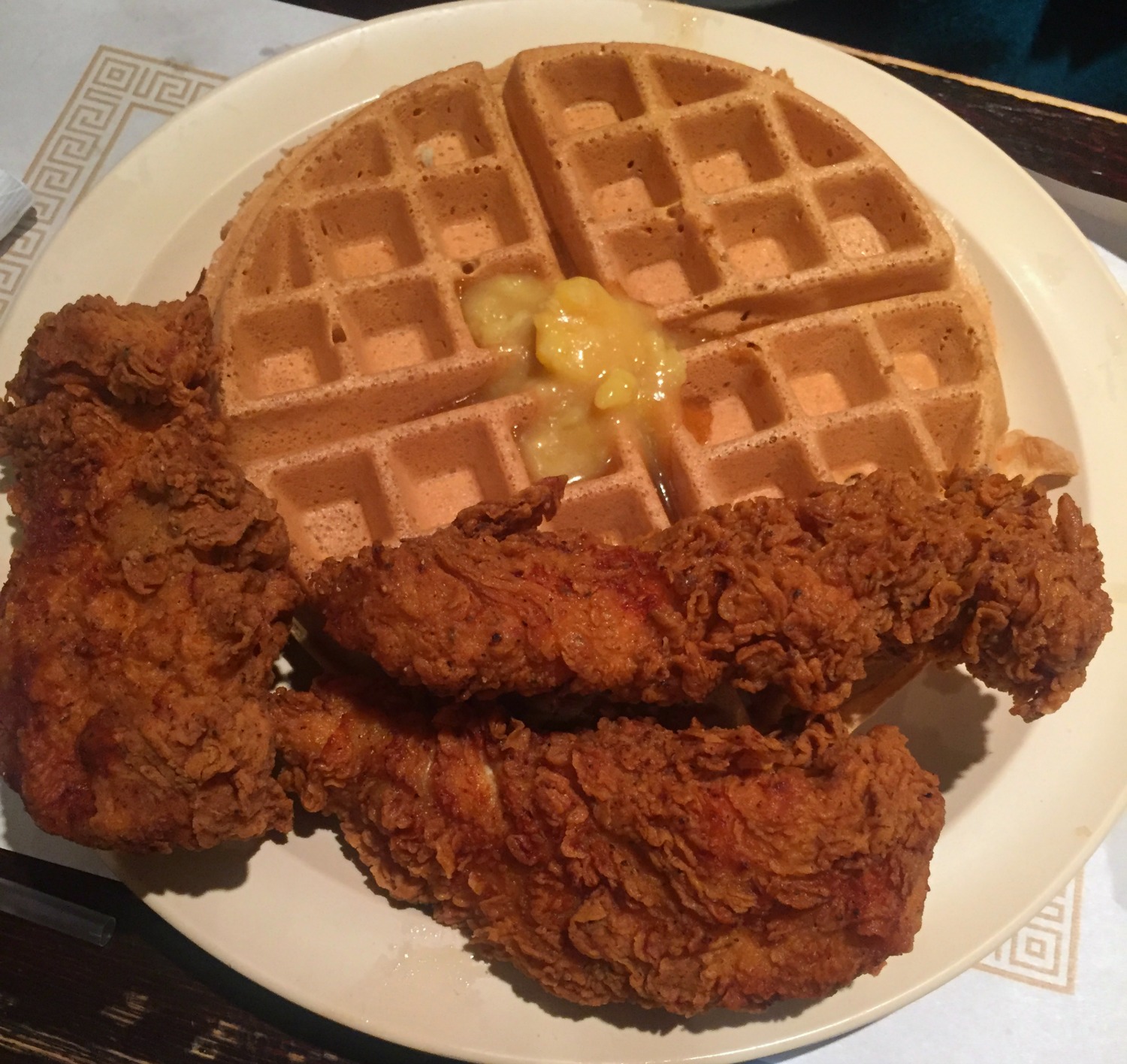 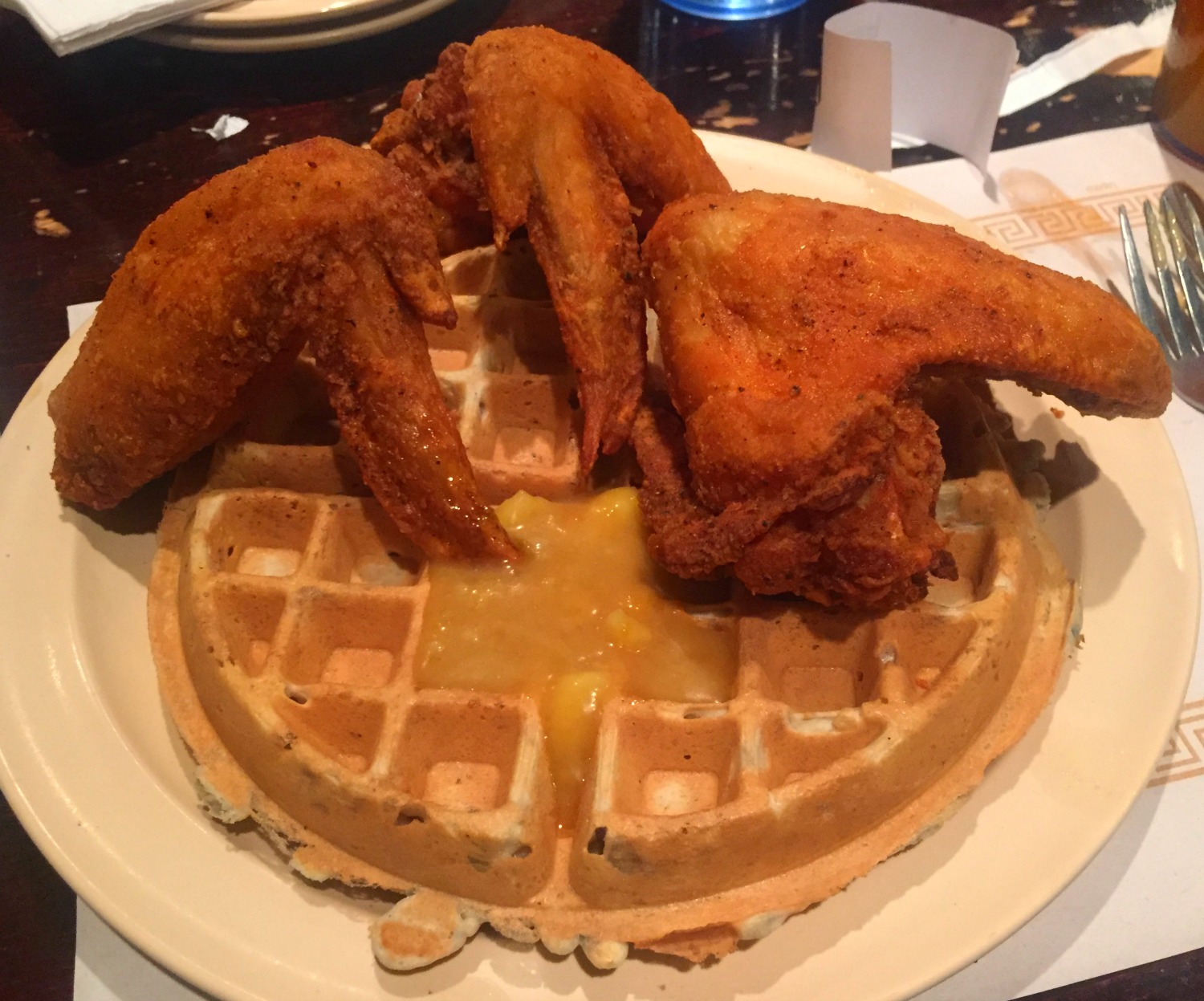 I went for the traditional jumbo chicken wings & regular waffle. Holy moly – these must be some massive friggin chickens!! These were ginormous! The wings were really great – super crispy and super juicy – loved them. The waffle was good too – it’s super thick and fluffy. I piled on the syrup along with the peach butter. 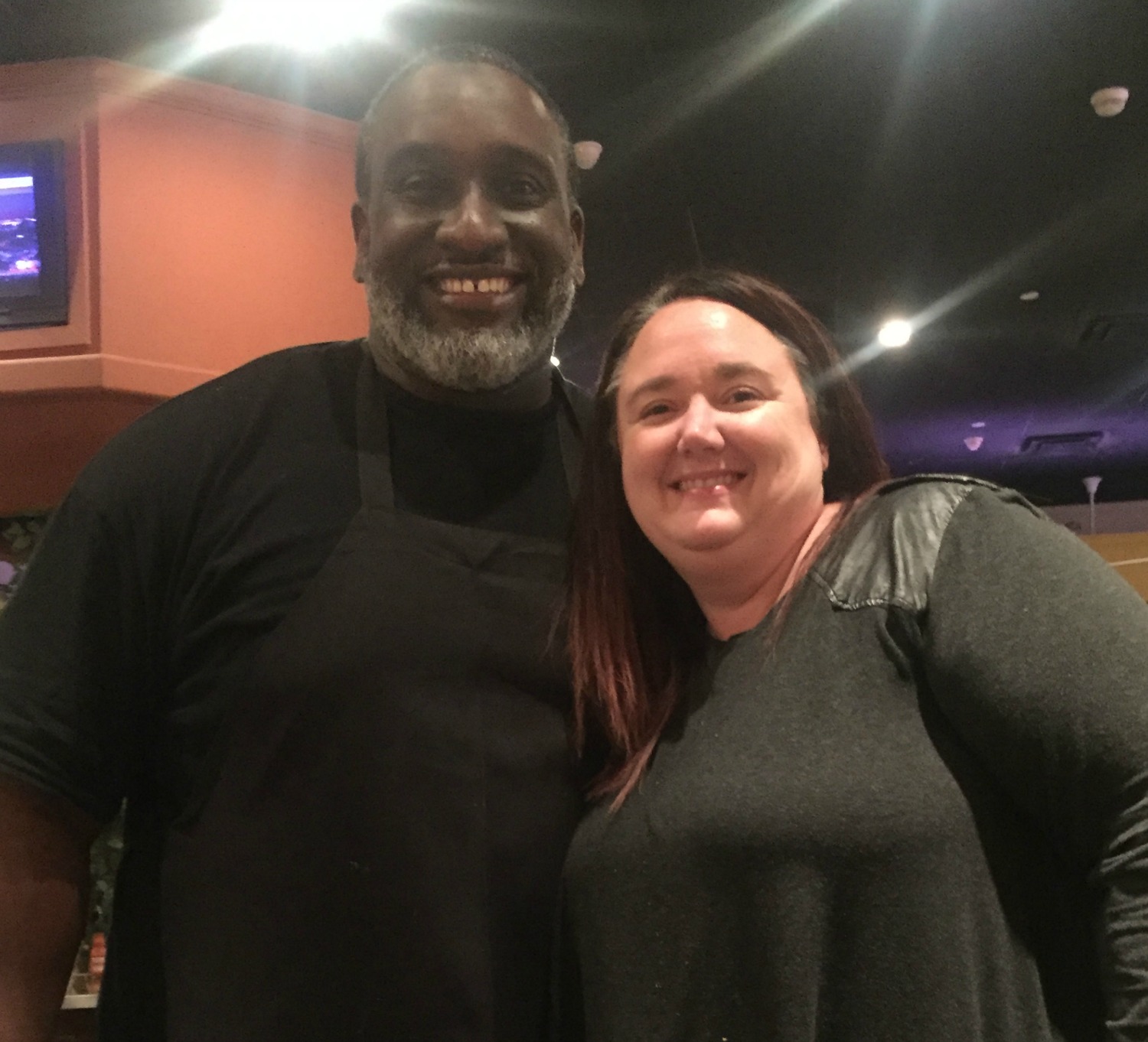 We found one of the chefs and I made sure to get a pic with him because this was a meal to remember!

Why Should You Go? There’s plenty of “fancy” food in Indy – but if you’re near downtown – this is NOT to be missed!