Larry and I had a couple of days off recently and he was nice enough to take me to lunch wherever I wanted. He was convinced there was something on the “Old Milford” strip – but I wasn’t so sure… 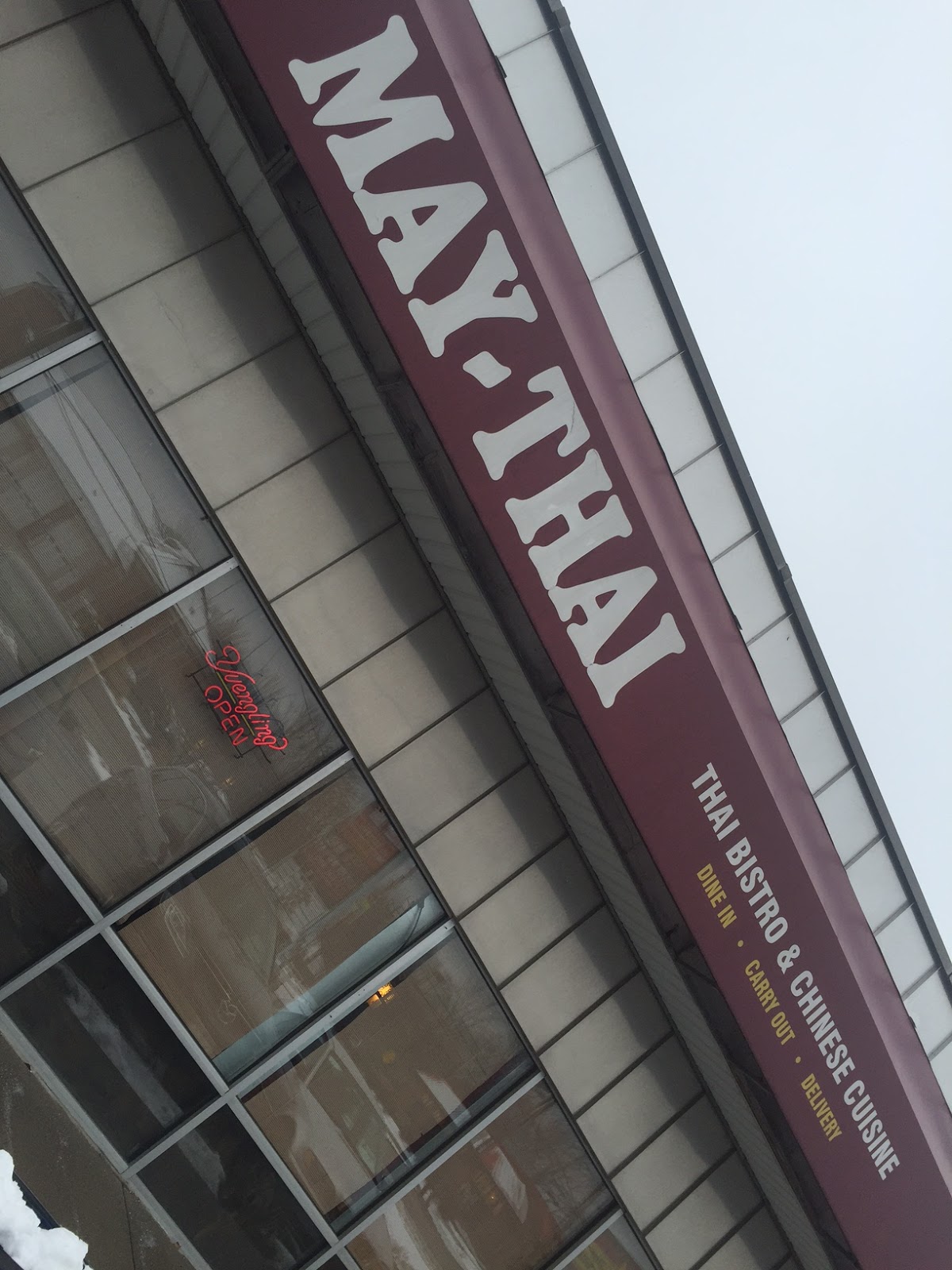 As we drove down – we came across May-Thai and that was exactly what I wanted! I love Thai food and had heard it was pretty good!

They had lunch specials on their menu that we both chose. 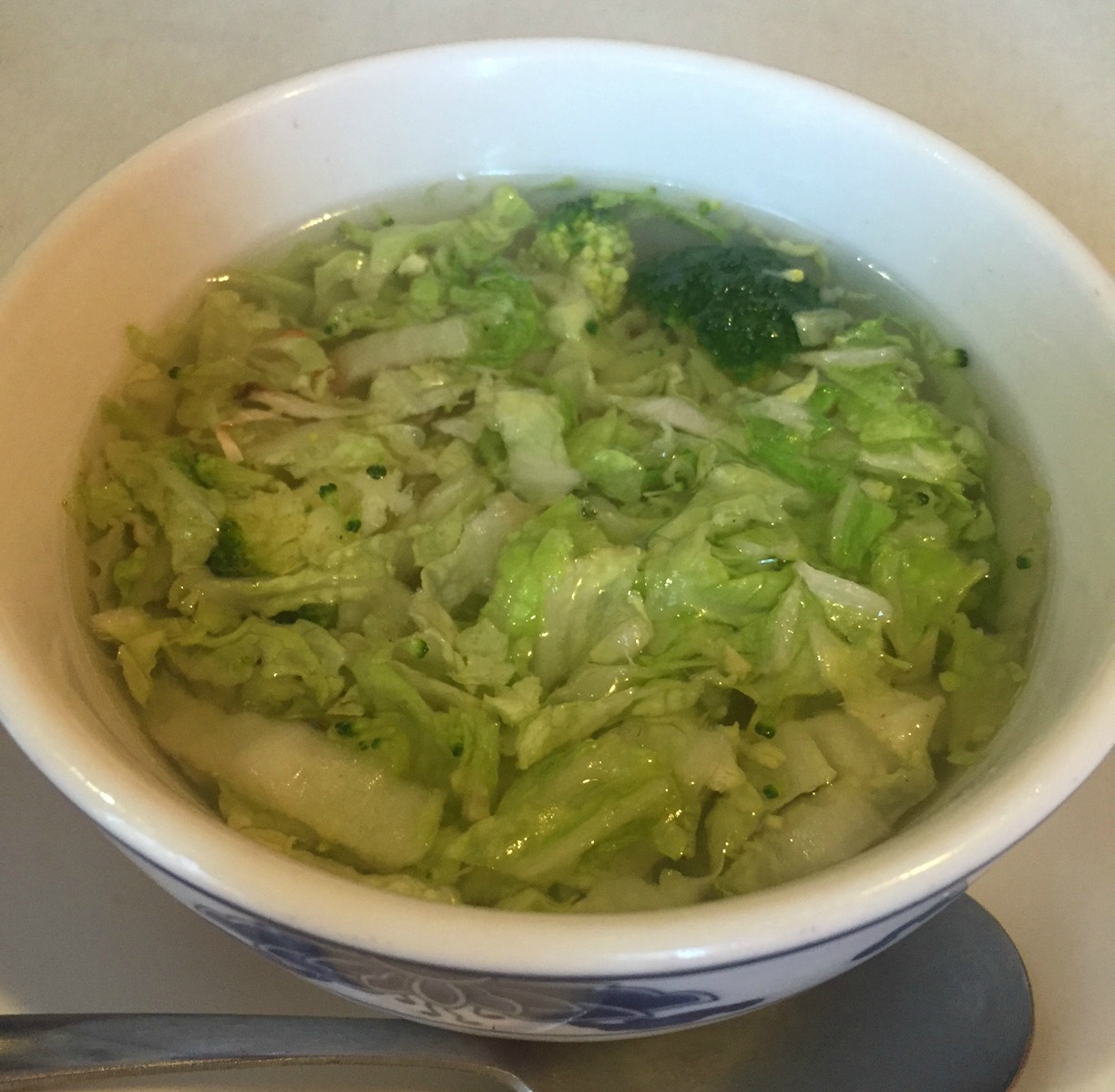 Vegetable Soup
Larry chose vegetable soup to go along with his entree and it was odd but good. The broth was very light but still had flavor. Then it literally had lettuce floating in it. Again – oddly enough – I liked it! 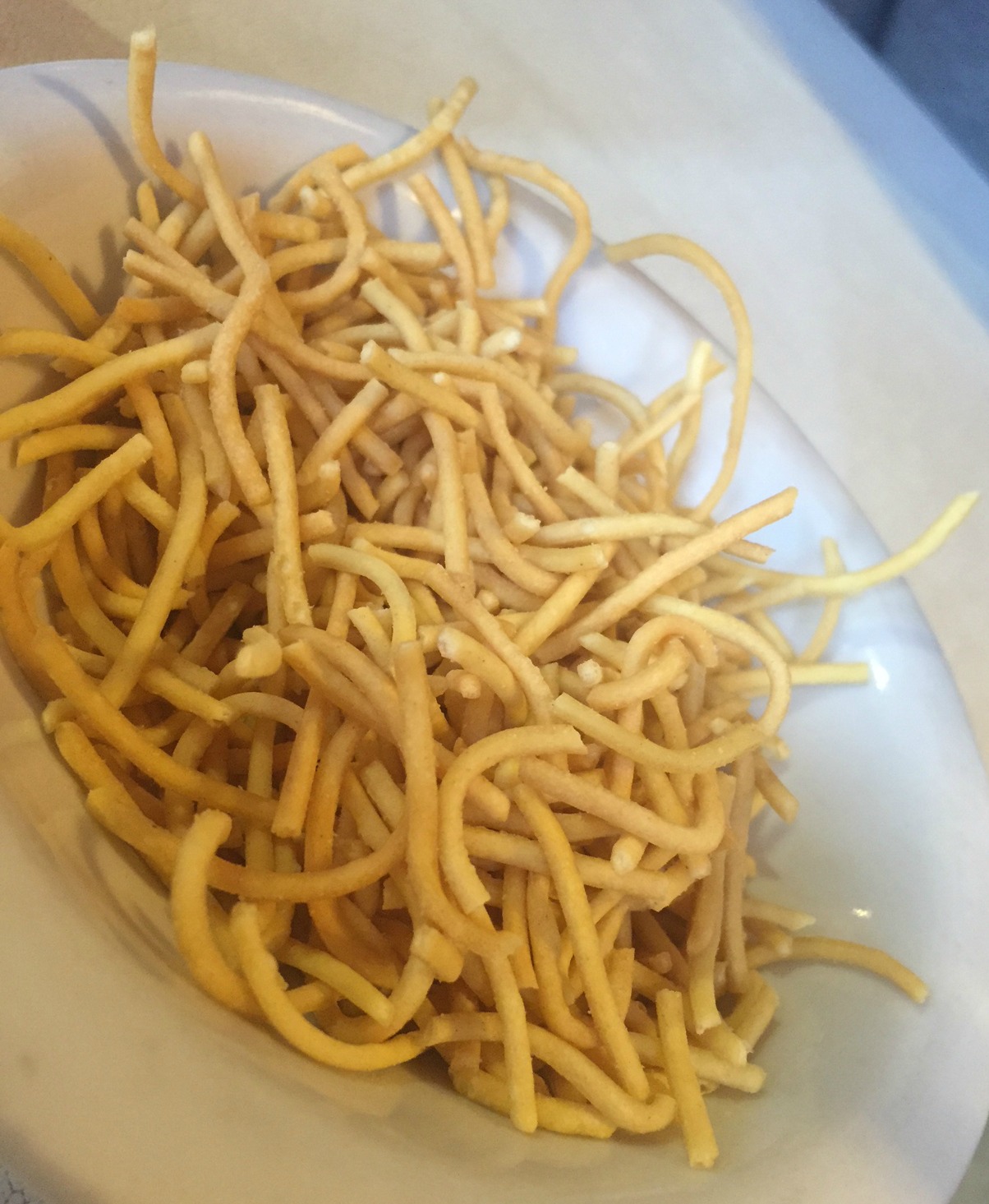 We also got a bowl of chow mein noodles – bland little boogers but when you’re eating lettuce soup – they’re a good addition! 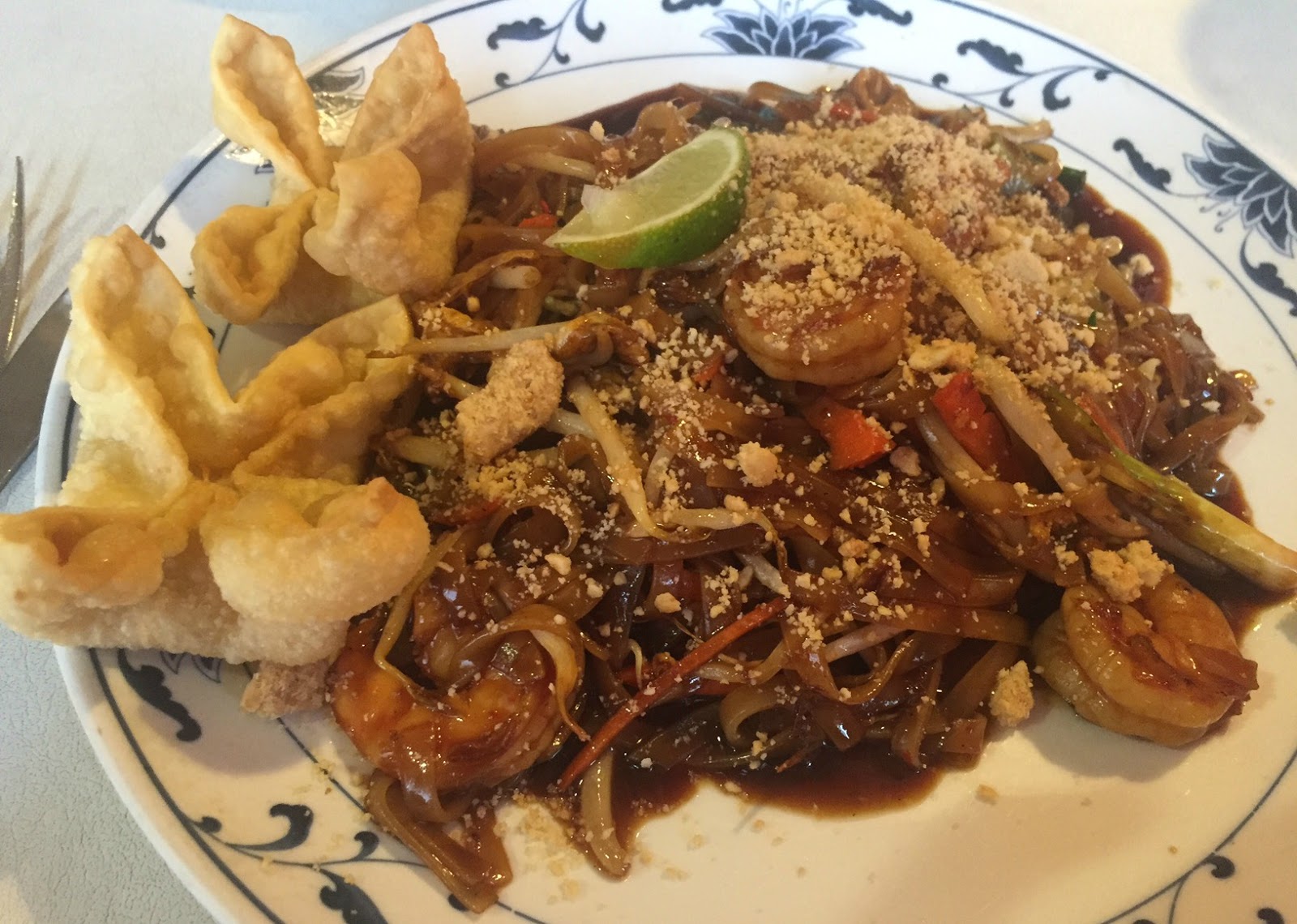 I ordered Shrimp Pad Thai. It was a bit different than most Pad Thai that I had eaten before. It had a brown sauce and was really salty. I liked it but it wasn’t my favorite Pad Thai. I did like that there were lots of vegetables and large shrimp. Too many times they’ll use the super tiny shrimp which get really rubbery. Ugh! These shrimp were sizable and tasty! 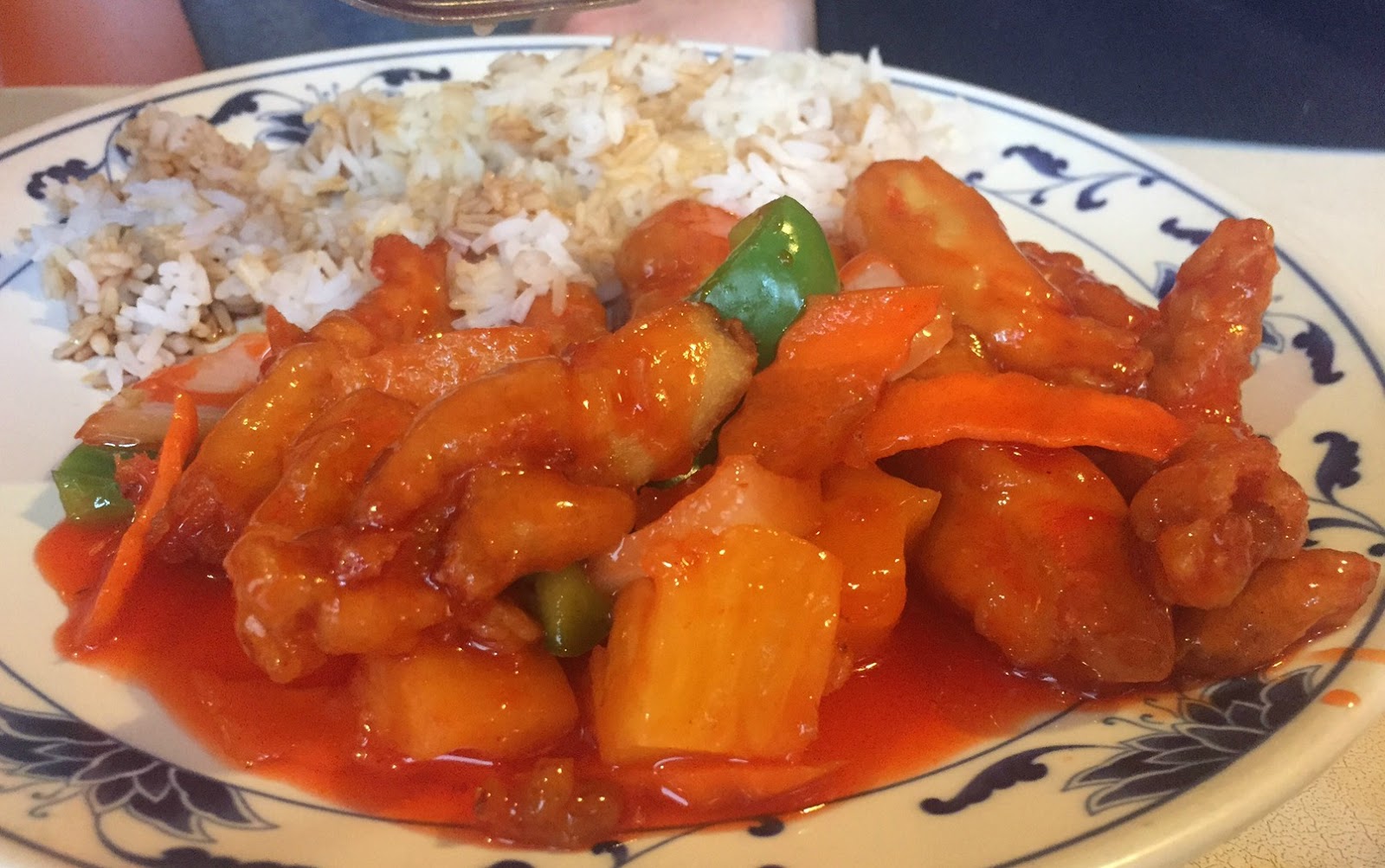 Sweet & Sour Chicken ($5.25)
Larry did what Larry does – Sweet & Sour Chicken – it’s difficult to get him to try anything else – especially when he really just wants the rice. But I tried a bite and it was fine – as good as sweet & sour gets I guess – it’s pretty standard and neon.

Why Should You Go? I was a little disappointed in the Pad Thai and Larry said it was just OK – not bad but not great either and I think that’s a fair assessment.