My husband is one of the managers at the Milford U-Haul and every now and again – I’ll head over to have dinner with him when he gets off work. He heard about Midwest Best BBQ from a customer and we decided to check it out since it was fairly close by. 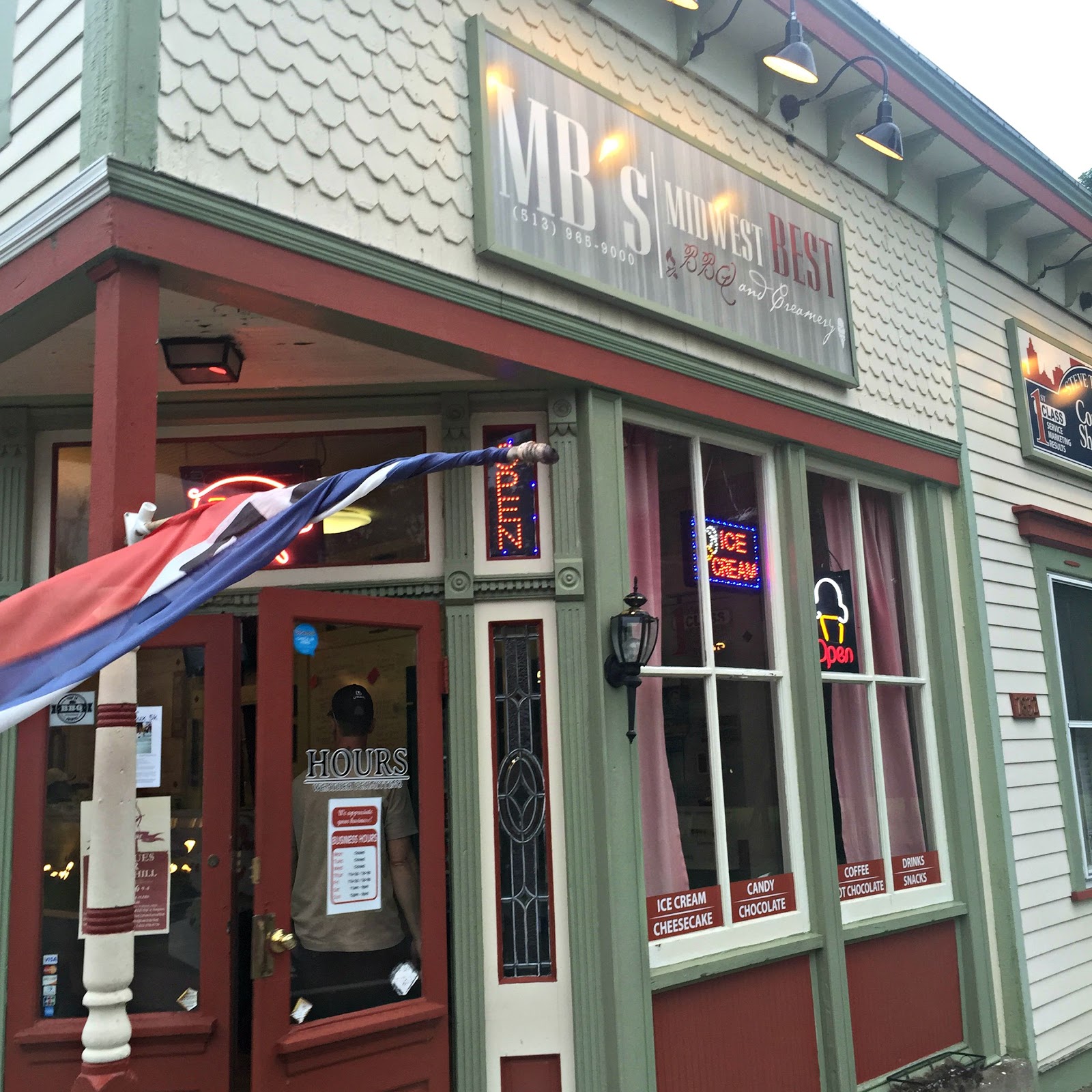 It’s just up the road from Schoolhouse – it’s BBQ restaurant and Ice Cream Parlor. There are probably 10 tables inside and ample parking on street and across the street. 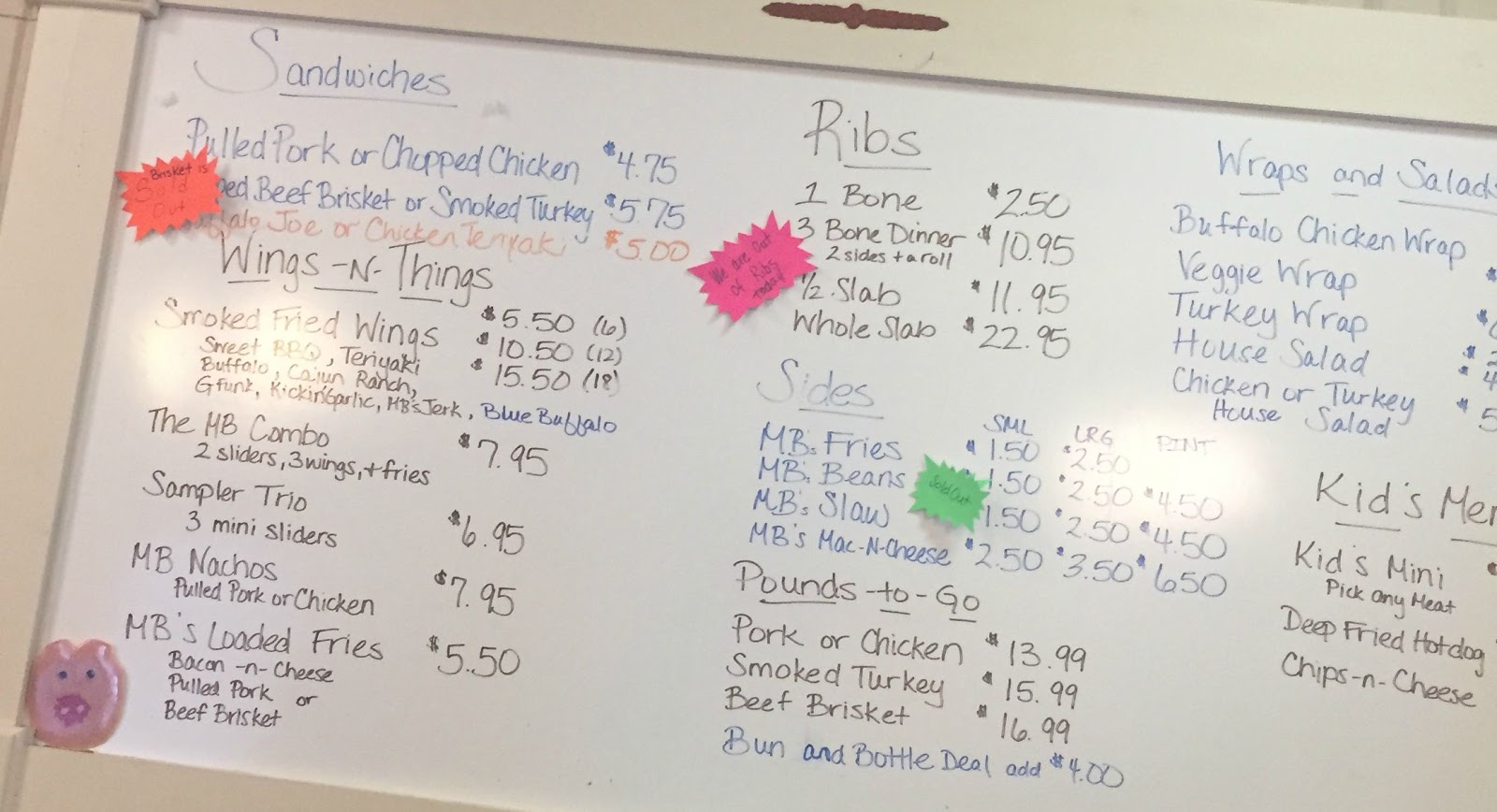 Their menu is on the wall and they have a great BBQ assortment – wings, pulled pork, ribs and all the sides. I would head their early because they sell out of things quickly. They’re only open Thursday – Sunday so mark that on your calendar. 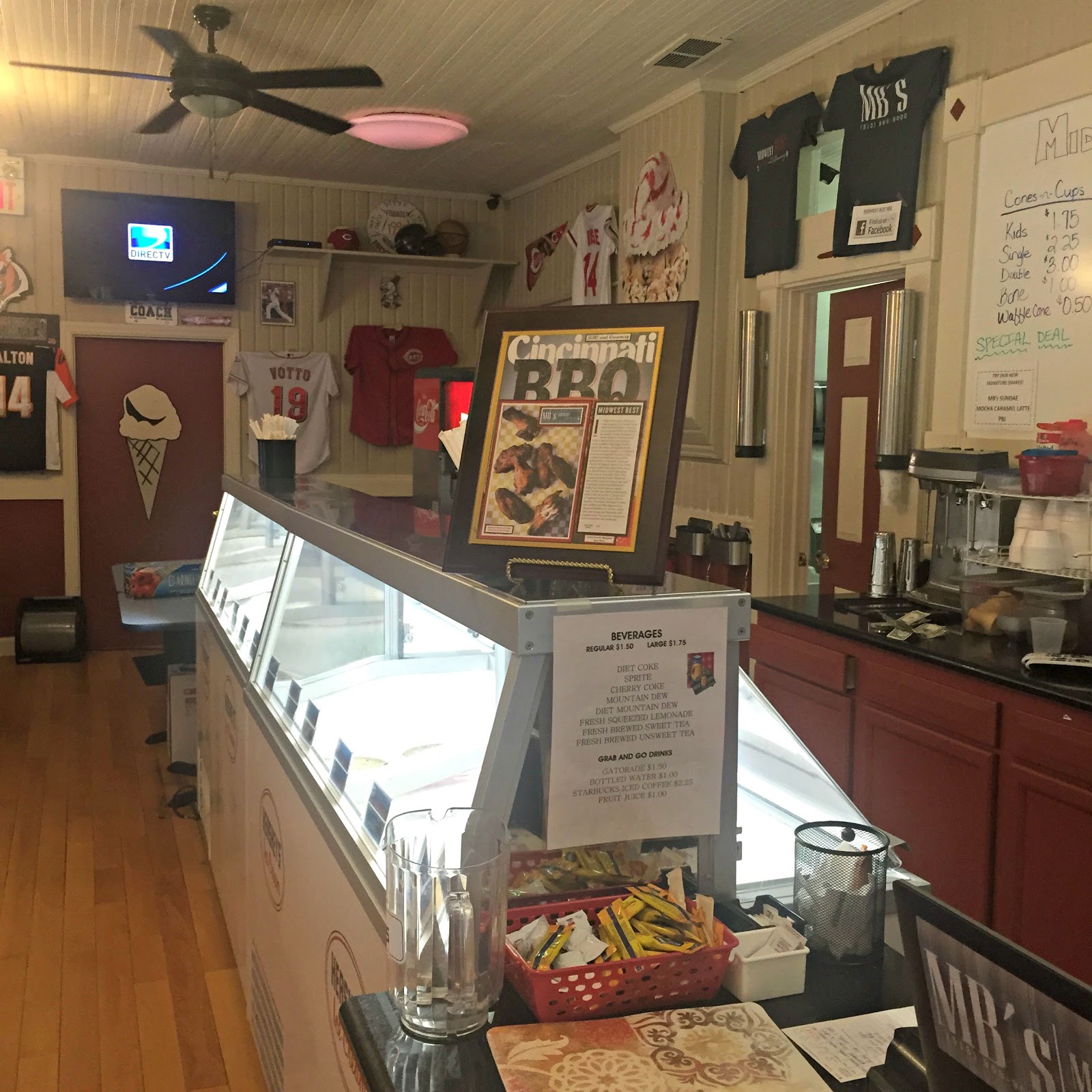 Inside they also have a long case of ice cream as well as jerseys from every area local team. It’s a very fun local feel. The owners are great – we chatted with them for probably 20 minutes and it felt like we’d known each other forever. They also bottle their own sauce – so you can always take some home with you! 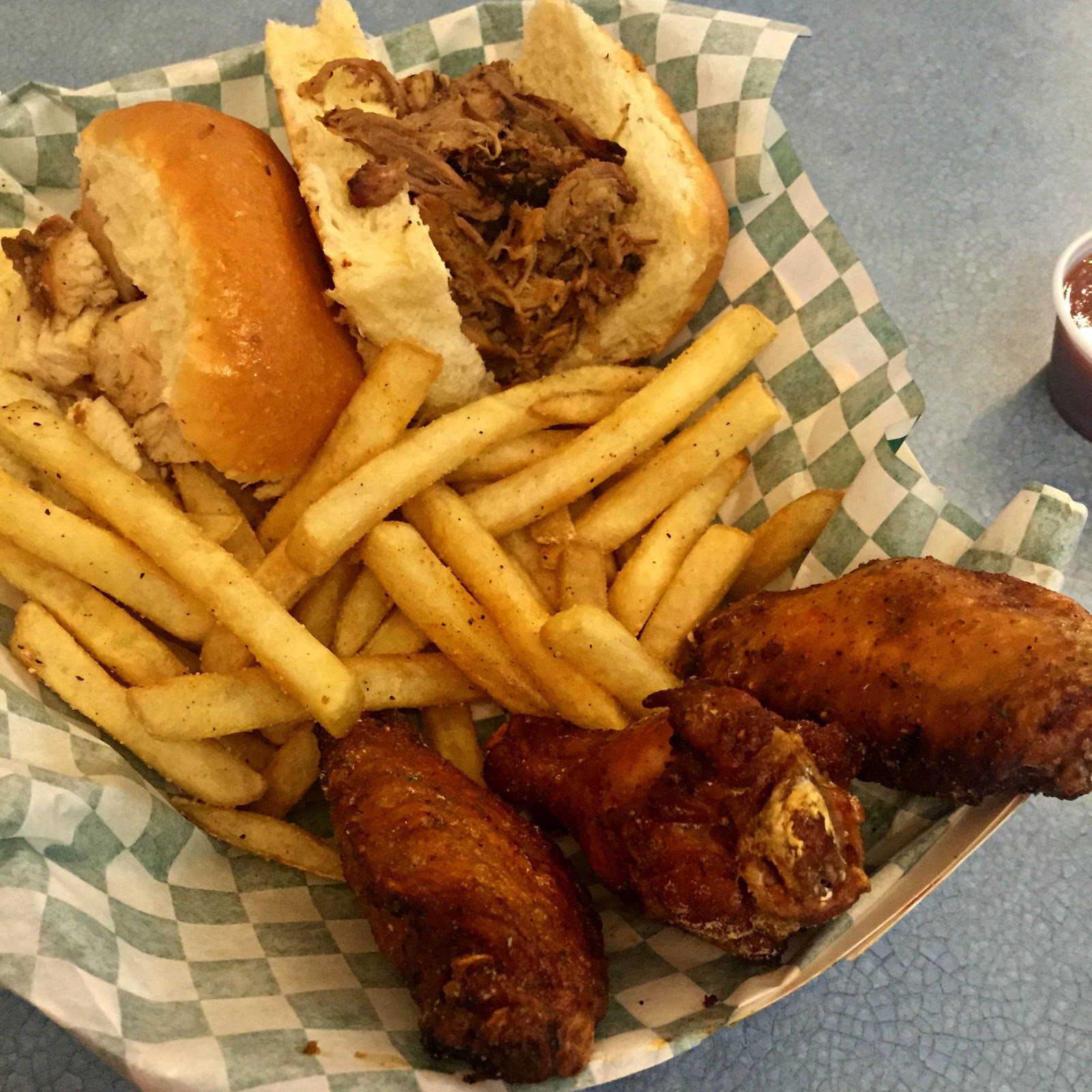 We chose the HB Combo of 2 sliders, 3 wings & fries ($7.95). This came with sauce on the side – we both chose the sweet sauce. Now normally – I’m all about a pulled pork sandwich – until I ate here. The pork was fine – Larry loved it. But you see this something else in that picture – there’s actually three of them!

Those wings – OMG – THOSE WINGS! By recommendation from the owner – I tried the G-Funk Wings – it’s his special rub. They were DELICIOUS! There’s a slight kick – but not too much (I’m not big on spicy) – but the flavor was just amazing! Zingy and rich and so good. Larry got the wings with BBQ sauce – but once he tried one of mine – he agreed – the G-Funk is where it’s at!! I think I liked the dry rub aspect of it – I tend to like ribs & wings with the dry rub rather than all sauced up – but this was just delicious.

Why Should You Go? Well – the couple that own the place are FANTASTIC! And then – the food is great! So all around – it’s a definite go-to. And yes – it’s a little off the beaten path but trust me – those G-Funk wings are worth it.