Larry wanted to try someplace new after work so we decided to head to downtown Old Milford. 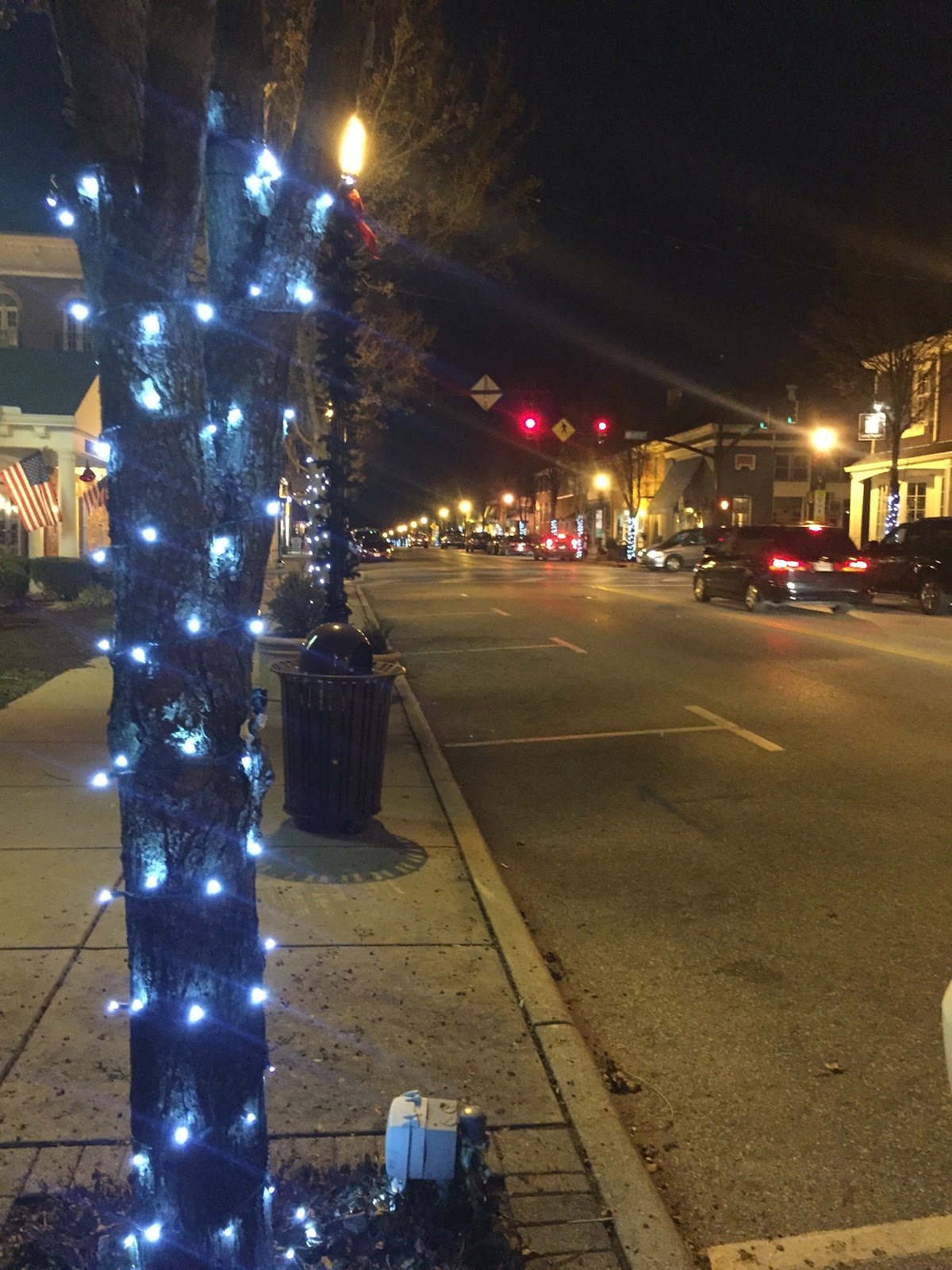 I love Old Milford – it’s so quaint – with all their antique stores and local shops and lights on trees! 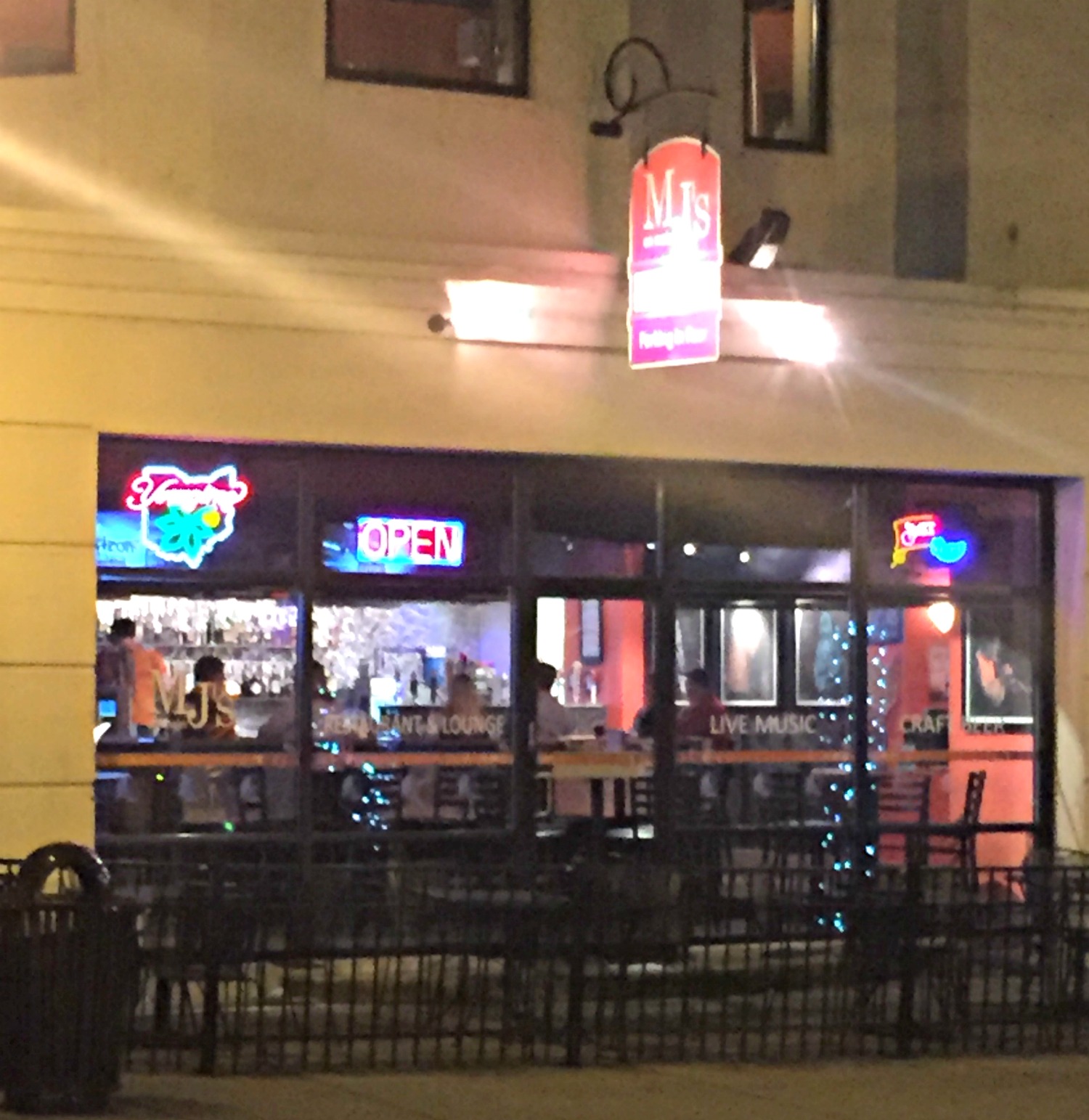 We decided on MJ’s on Main – it’s on the opposite end of old Milford as his job and he’s been wanting to try it. It’s a jazz bar that frequently has live music – but they also have a full menu. 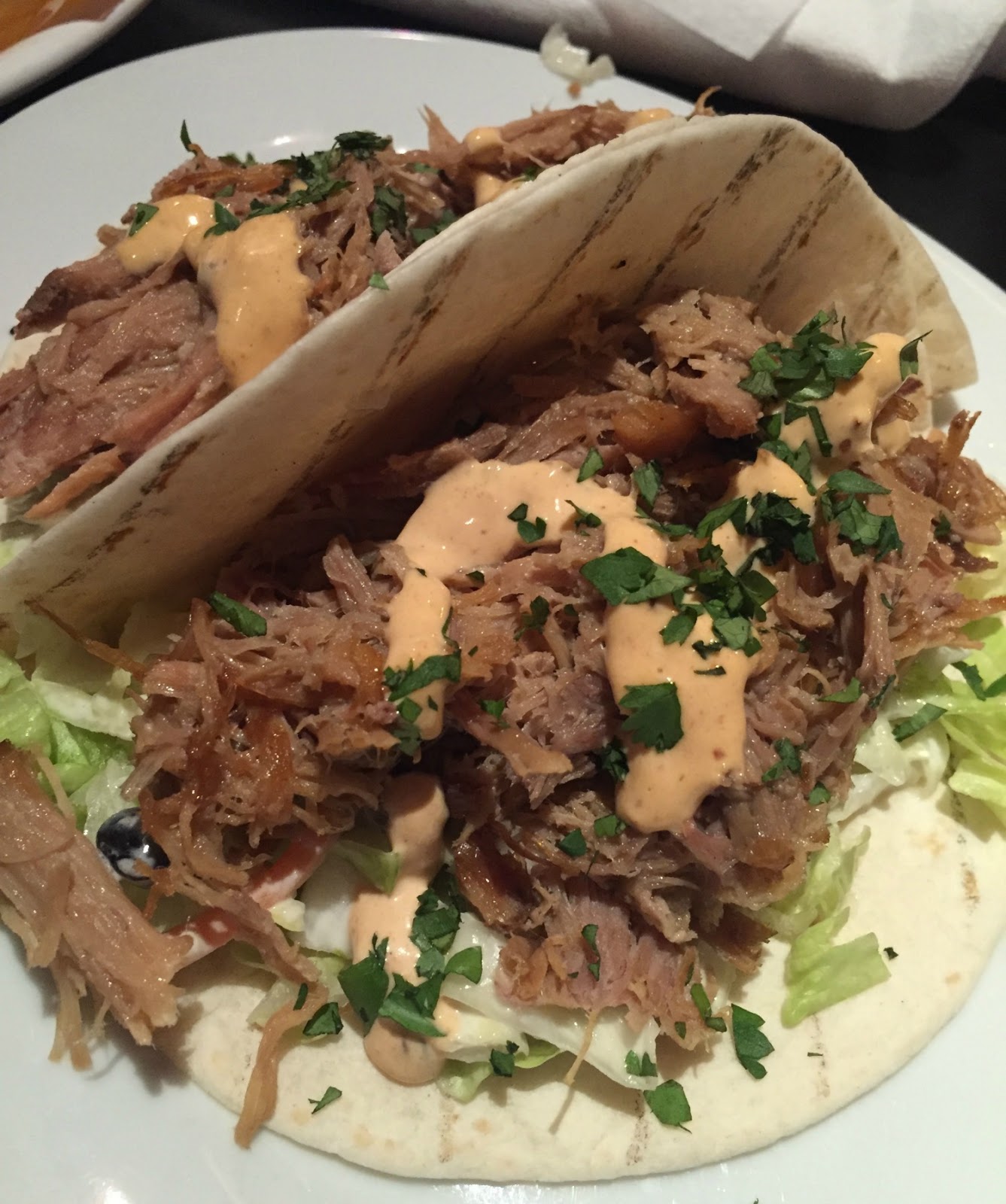 The portion size was big and there was plenty of meat in the tacos. The pork was a little dry but the black bean and pineapple slaw did help – and that was tasty. I liked the tacos but can’t say that I loved them – they were fine. 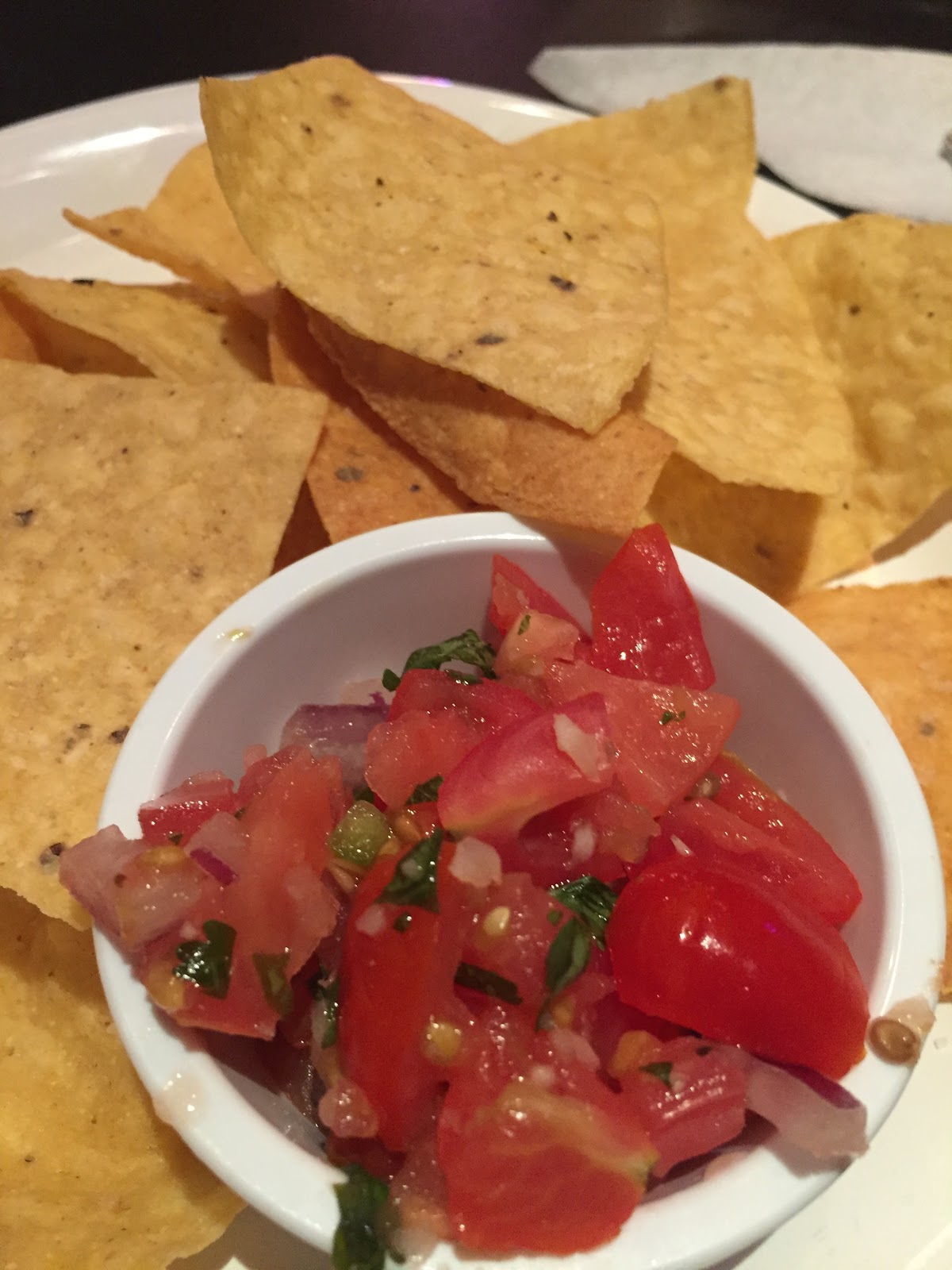 I got a side of chips & salsa with them – the chips were in need of salt and the salsa was in need of flavor – acidity, salt, etc. Larry got the Herbed Salmon BLT: Tender flaky salmon grilled with our herb
butter and topped with romaine lettuce, sliced
tomatoes and crisp bacon. Finished with
chipotle crème and served on a baguette. ($12.50) He really liked his sandwich and the salmon was tasty – I guess I’m a fan of their herbed butter!

Why Should You Go? It’s a nice little place and the server was super friendly. He actually messed up my order slightly (I asked for soup – got the chips & salsa) but he was apologetic and offered to bring it out anyway. I would definitely go back – probably try something else – but I would go back for sure!