A few weeks back we went to Brew House because of the Cincinnati Magazine Best Burger list – while on our way – we saw Parkside Cafe right across the street! 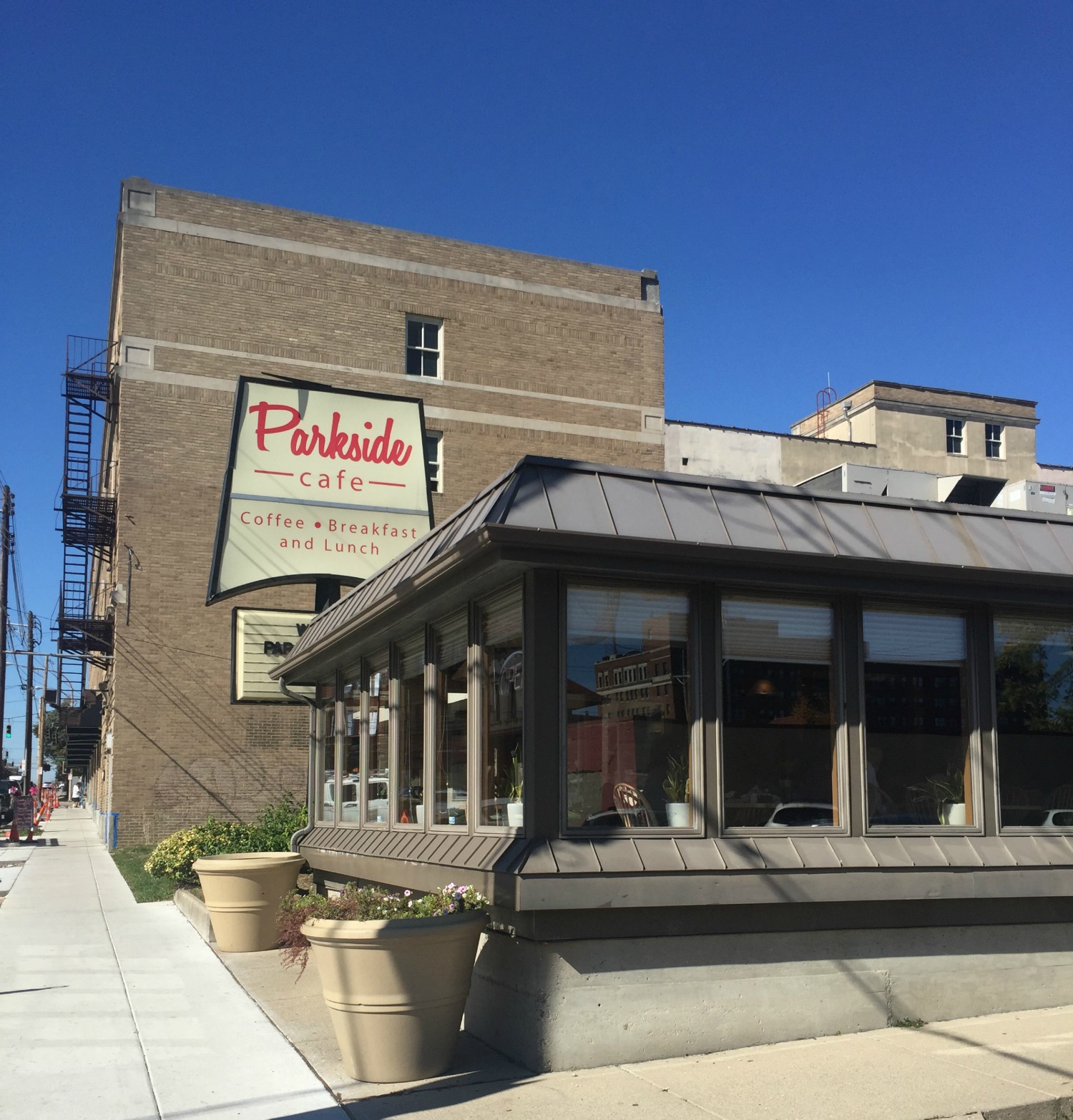 I’m sure it takes you about 2 seconds to figure out that Parkside Cafe used to be a Frisch’s. They opened in 2007 after the Frisch’s had closed in Walnut Hills and they’ve been going strong ever since. They had quite a crowd the day we went which was a good sign! 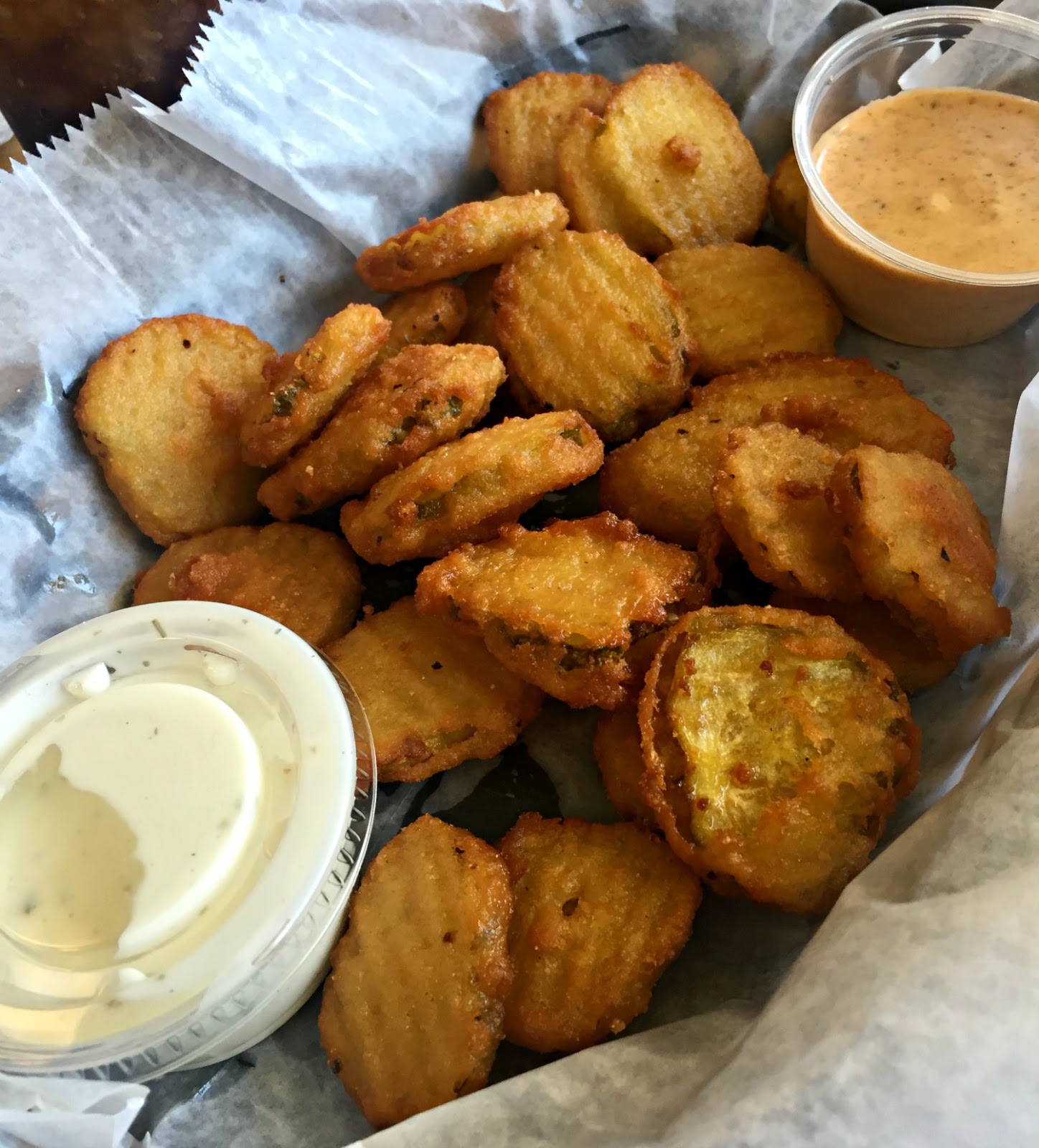 We decided to start out with fried pickles ($5.99) – it’s a large portion size (8 oz) and deep fried. I like the chips rather than the spears – more opportunity for crunchy! They were tasty and served with regular and Cajun ranch. 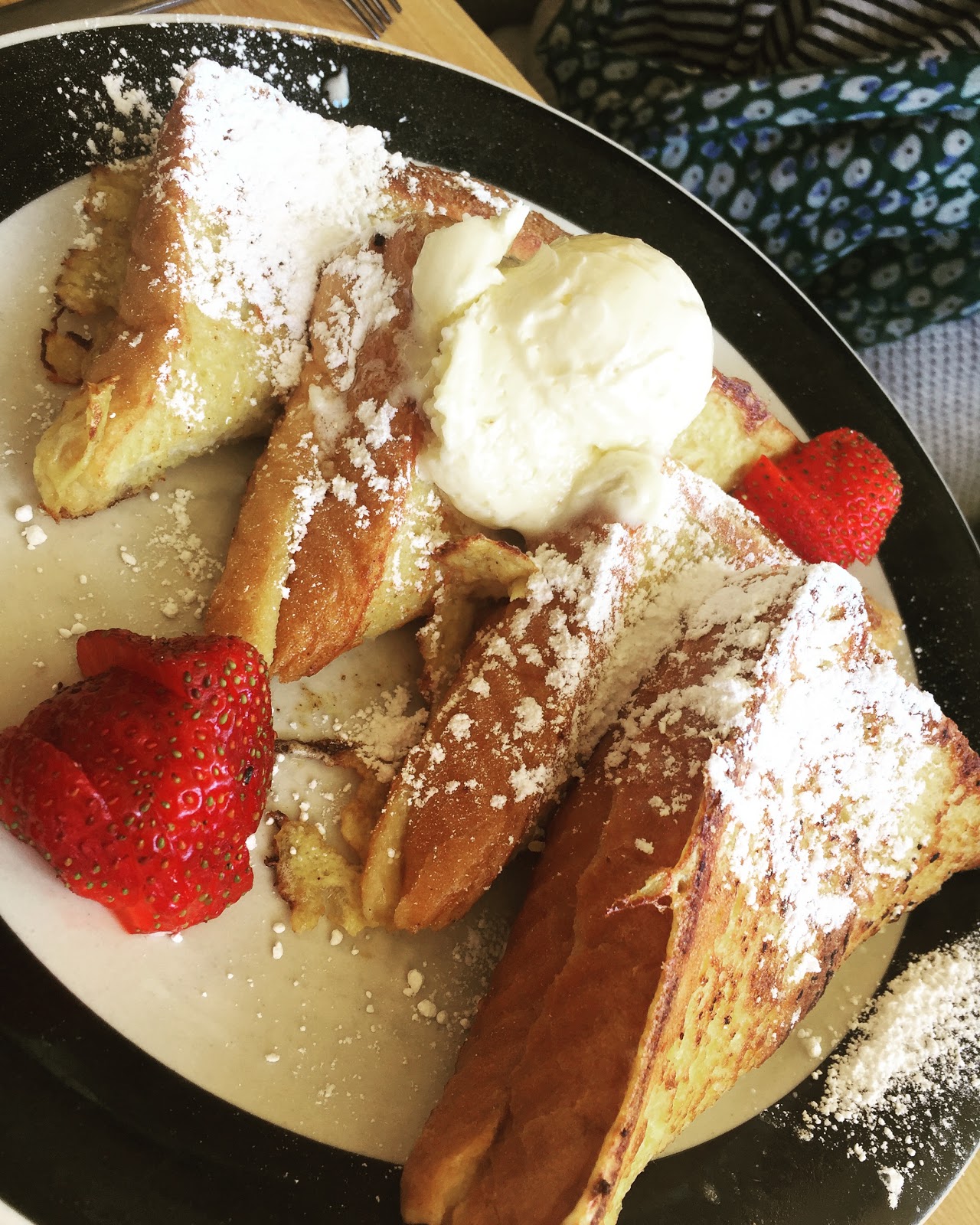 Susie went for the Stuffed French Toast – authentic French toast stuffed with orange
flavored cream cheese, sprinkled with powdered
sugar and fresh strawberries. ($6.99) We can clearly say they are very friendly with the portion sizes! This is not just French toast – it’s stuffed! And there are four slices! Susie said they weren’t overwhelming with the orange cream and were definitely tasty! She’s not usually one to finish her lunch – but she did her best with this one! 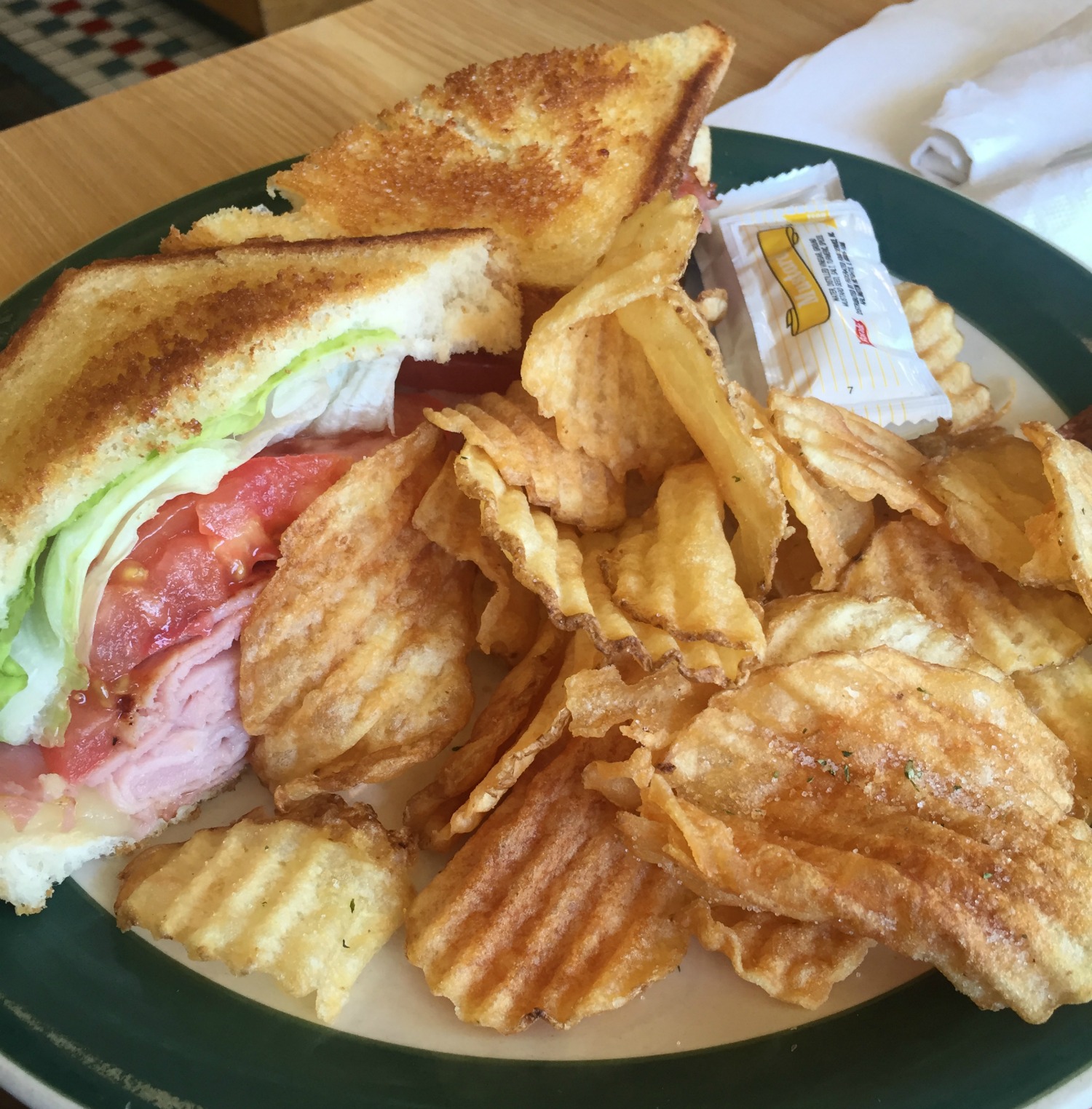 Dawn went for the New York Ham & Cheese with thinly sliced ham, Swiss cheese, lettuce and
tomato on thick sliced Texas toast. ($6.25) The chips were super crispy and the sandwich was again plentiful in portion size! 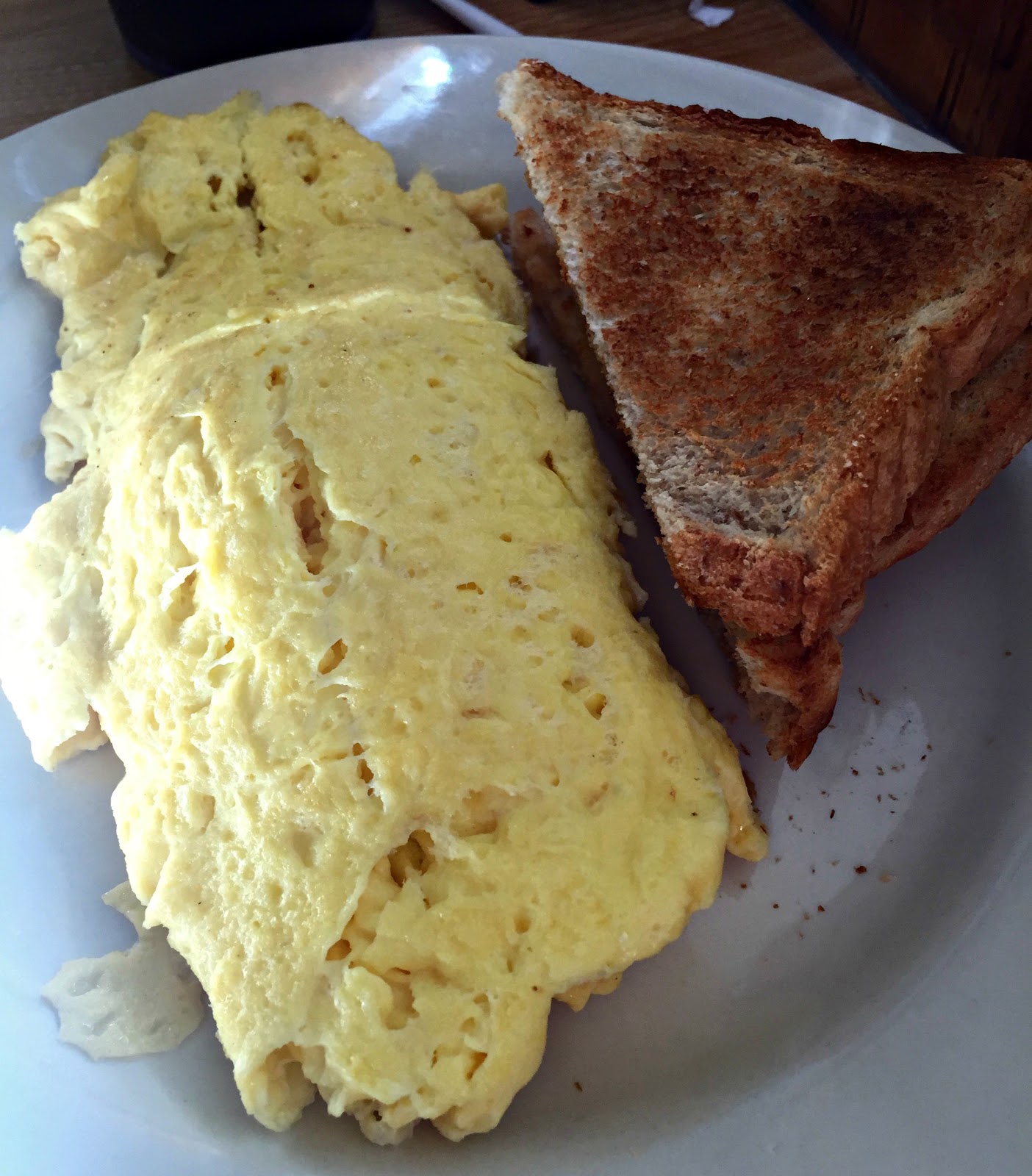 I chose an omelet with wheat toast. I really can’t remember what I got – I think ham & cheese ($5.99). Normally they’re served with potatoes or tater tots but I made a little substitution. The omelet was pretty good – but I would have liked a little sauce on top or extras like sour cream, etc. 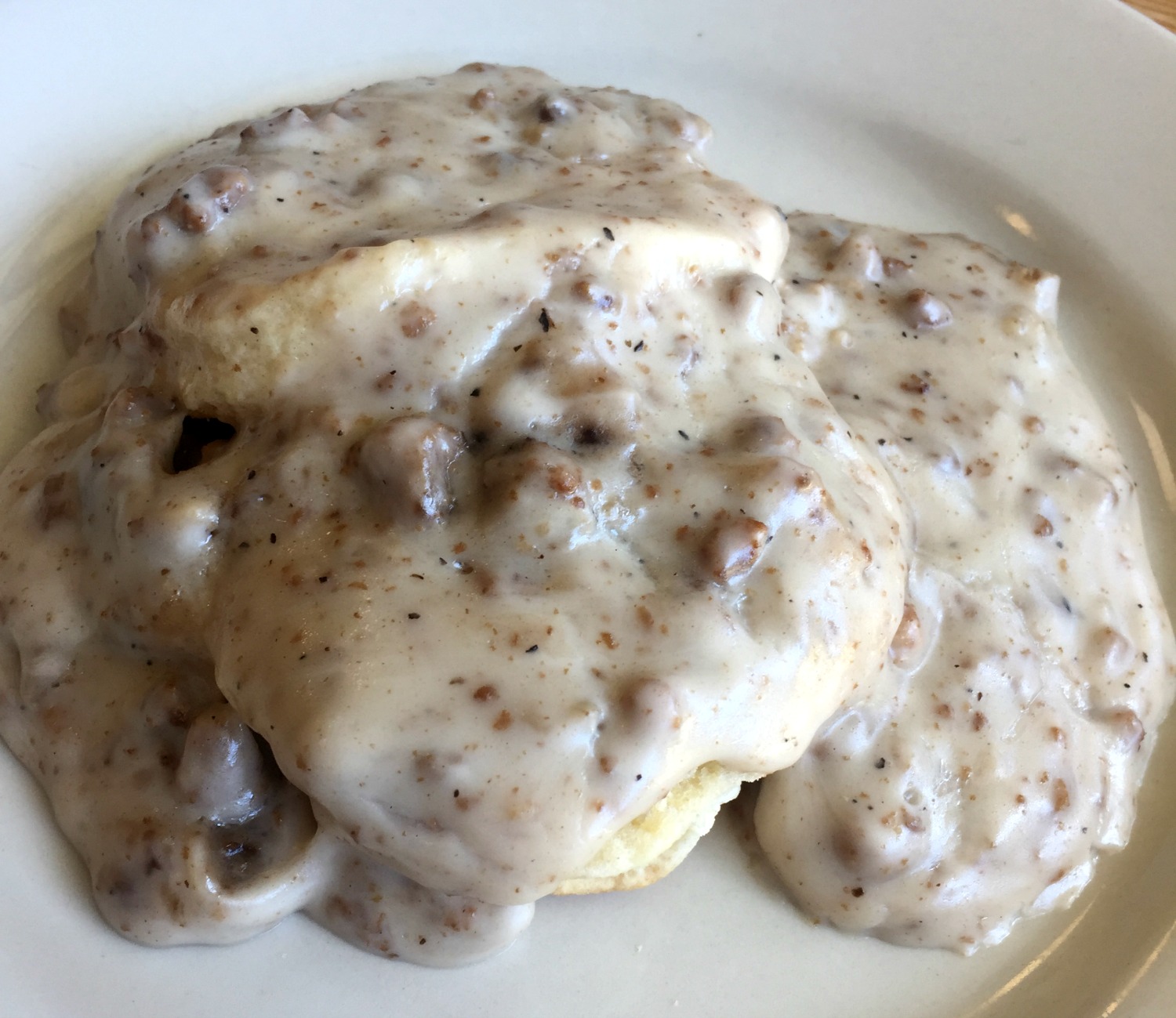 I subbed out biscuits & gravy for the potatoes because I have to try them wherever I go. They were OK – I didn’t love the biscuits but the gravy was pretty good.

Why Should You Go? The portion sizes are huge and it’s a really great diner with good parking close to downtown – sounds like a good reason to me!  They also have free wi-fi and Sunday brunch (just $7.95).