We’re always trying new places for lunch that are downtown-near. Dawn and I have driven by the Pepper Pod on Monmouth a million times and we finally decided to stop by. 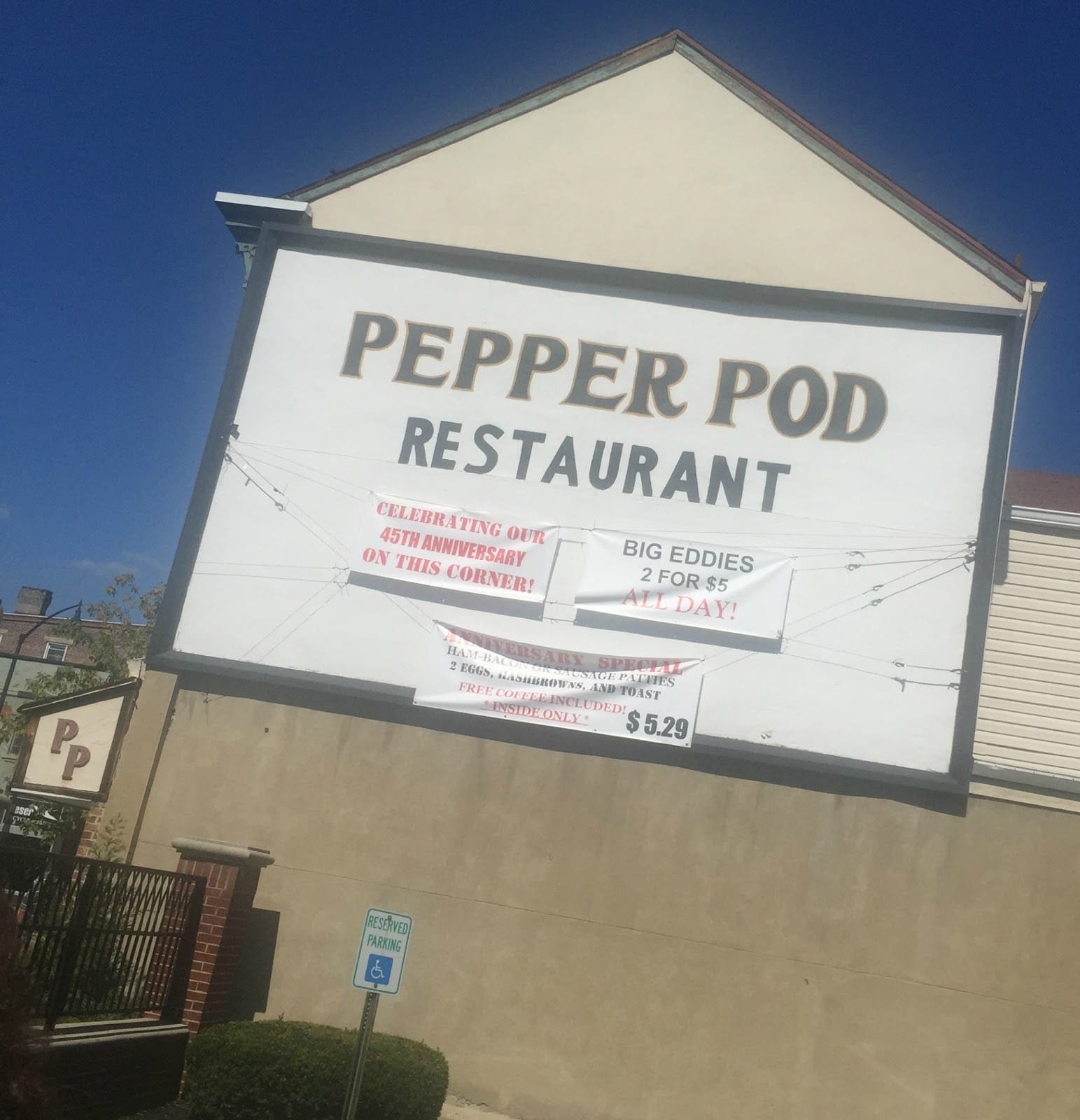 It’s an old-school diner and I’d read the reviews and they didn’t seem too bad so we thought we’d give it a shot. I love Newport for their parking – street parking is ample – and there’s even an off-street lot for businesses that’s free. 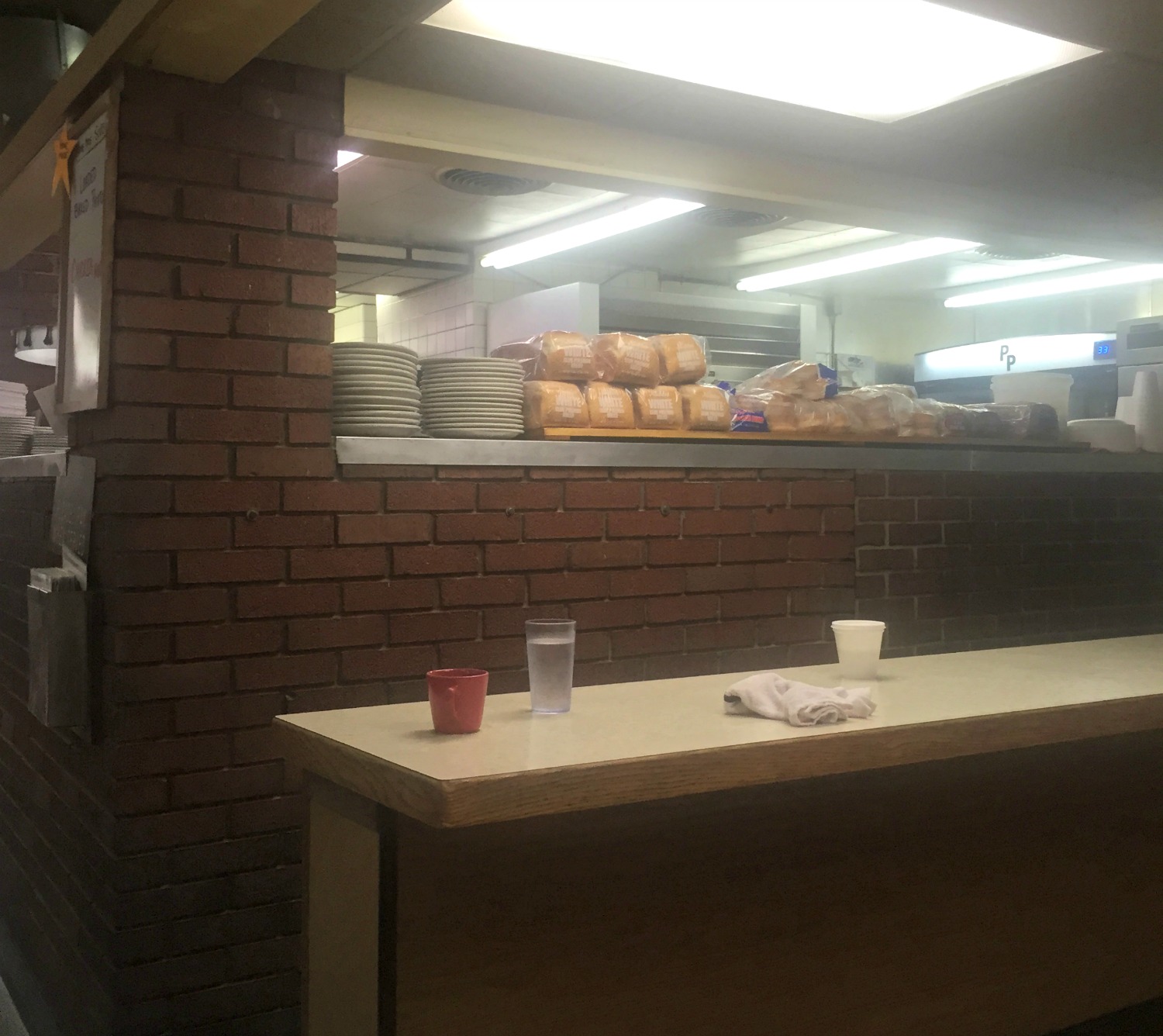 Inside – it’s OLD SCHOOL. In the back is this fake brick wall and a whole lotta white bread. We just laughed – 1 loaf of wheat and like 12 of white. The kitchen staff is very friendly.

But it was at this point that we quickly realized they allow smoking in the restaurant (oh thanks Kentucky). Not only that the staff was smoking. Pretty much the whole place smells like smoke – but we happened to be sitting near smokers – so it was pretty awful. If you have a low tolerance for cigarette smoke then I wouldn’t even try it.

We hung in there – hoping for the best in the food. 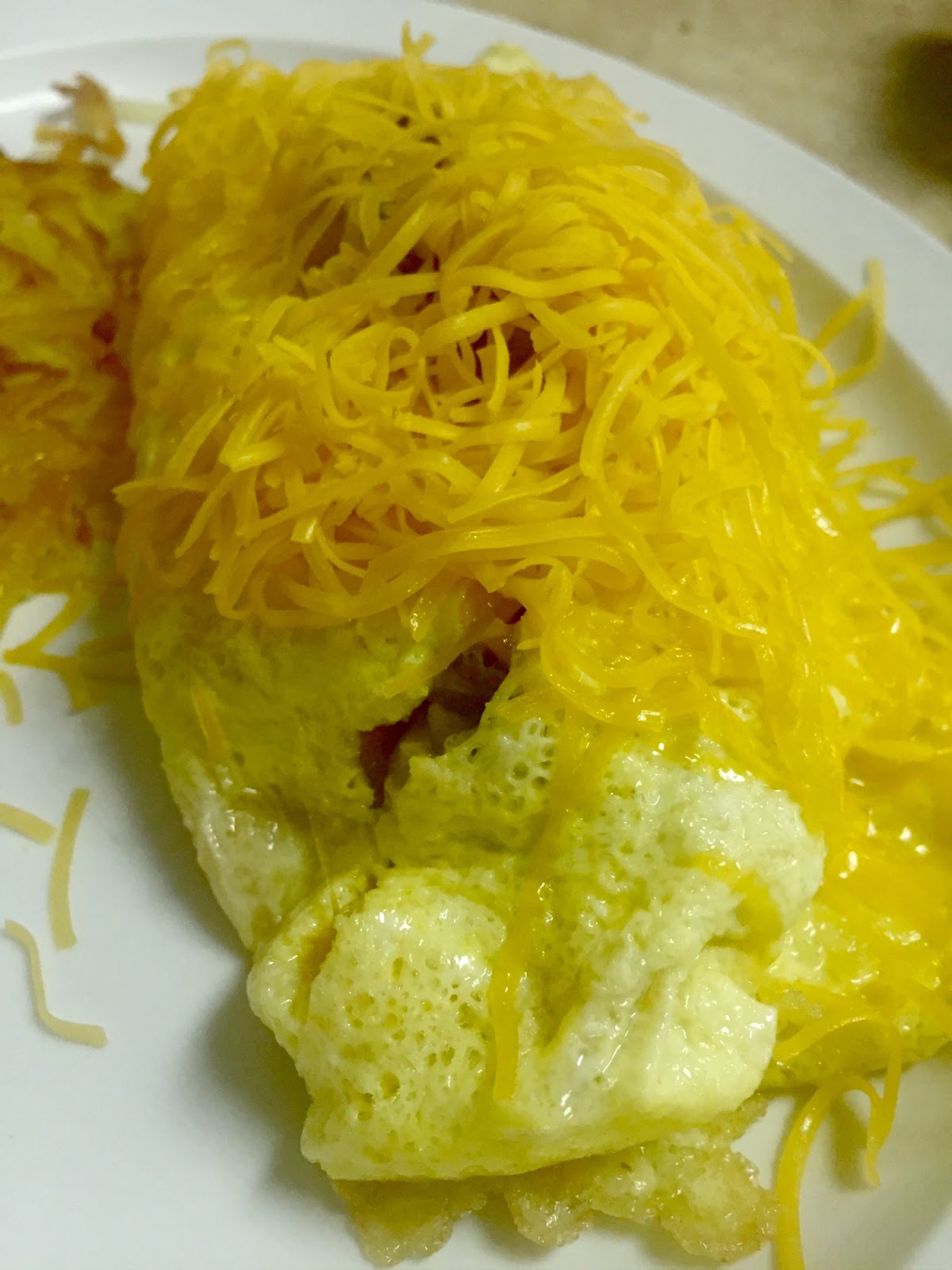 They are very affordable and have an all-day breakfast menu so I went for a sausage & cheese omelette ($6.39). It came with hashbrowns and toast. It was fine – a bit dry but a decent amount of cheese and a big portion. 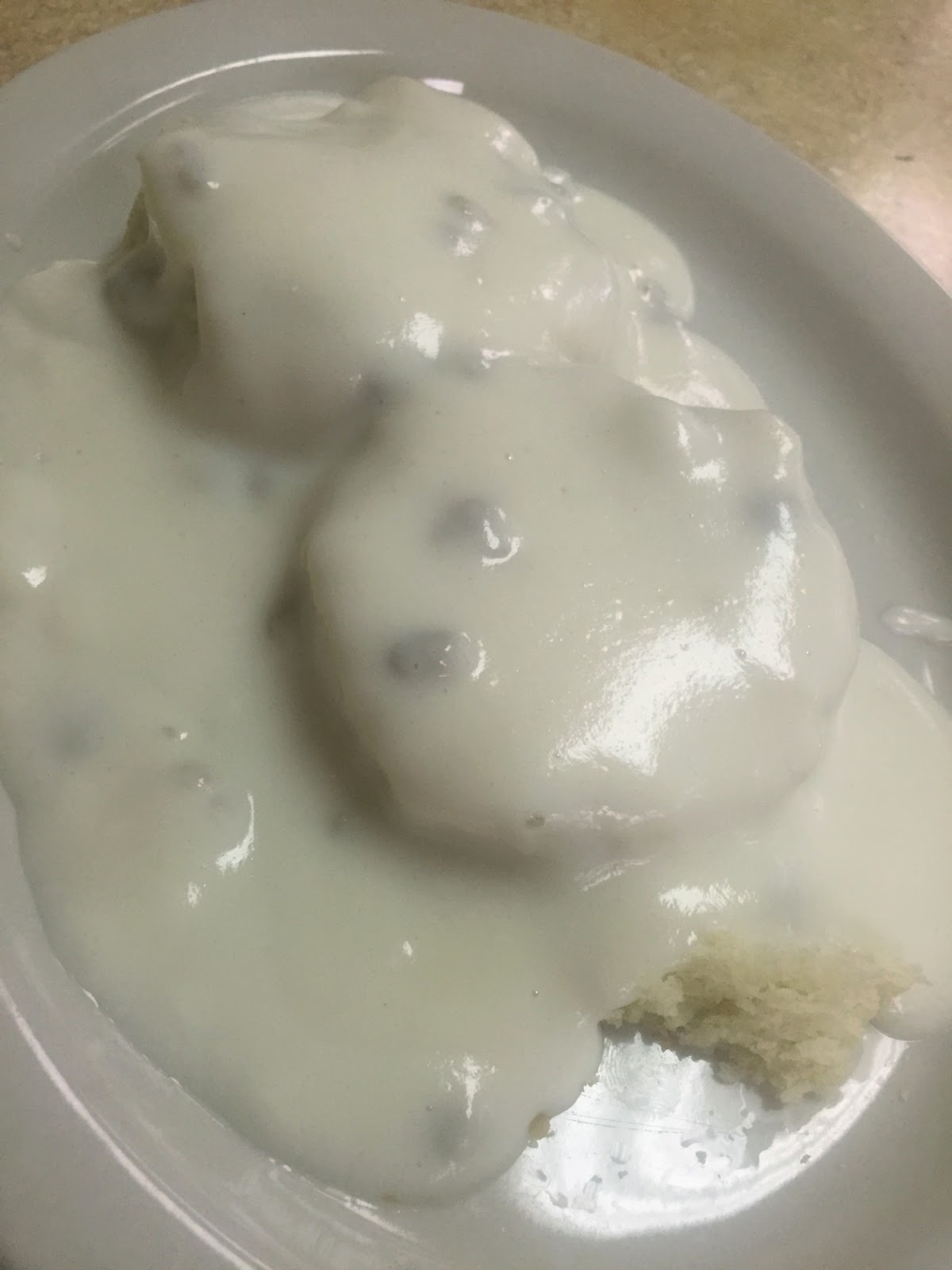 I also got a half-order of biscuits & gravy ($2.79) because I always have to get B&G. This will not make the list of best biscuits & gravy in the city. I mean the gravy is the same color as the plate! It had no flavor. This was by far the blandest gravy – I felt like I was at a hospital cafeteria. And the biscuits weren’t any better – they were not light and flaky. They tasted like the kind I buy in the freezer section that I microwave. 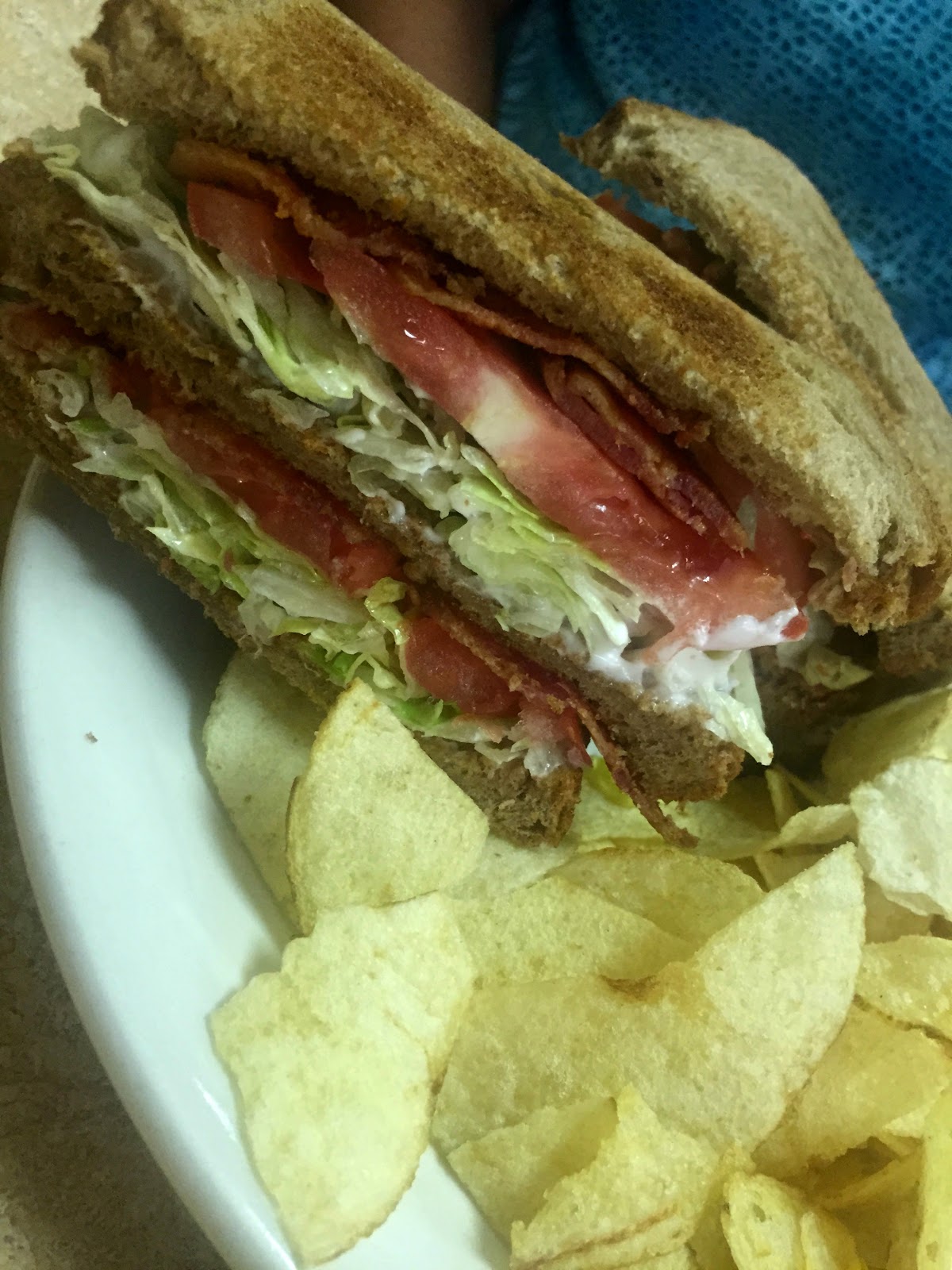 Dawn got the BLT – she said it was fine – nothing special – but not bad either. It seemed like that was the overall theme of the day. Everything was fine.

Why Should You Go? I wouldn’t. There are plenty better diners in NKY.