I don’t often get GIDDY about a restaurant opening – but this one got me SO EXCITED! ROLY POLY WAS BACK IN CINCINNATI!!!! Now I know – you all are thinking – uh – seriously – you’re giddy about Roly Poly? 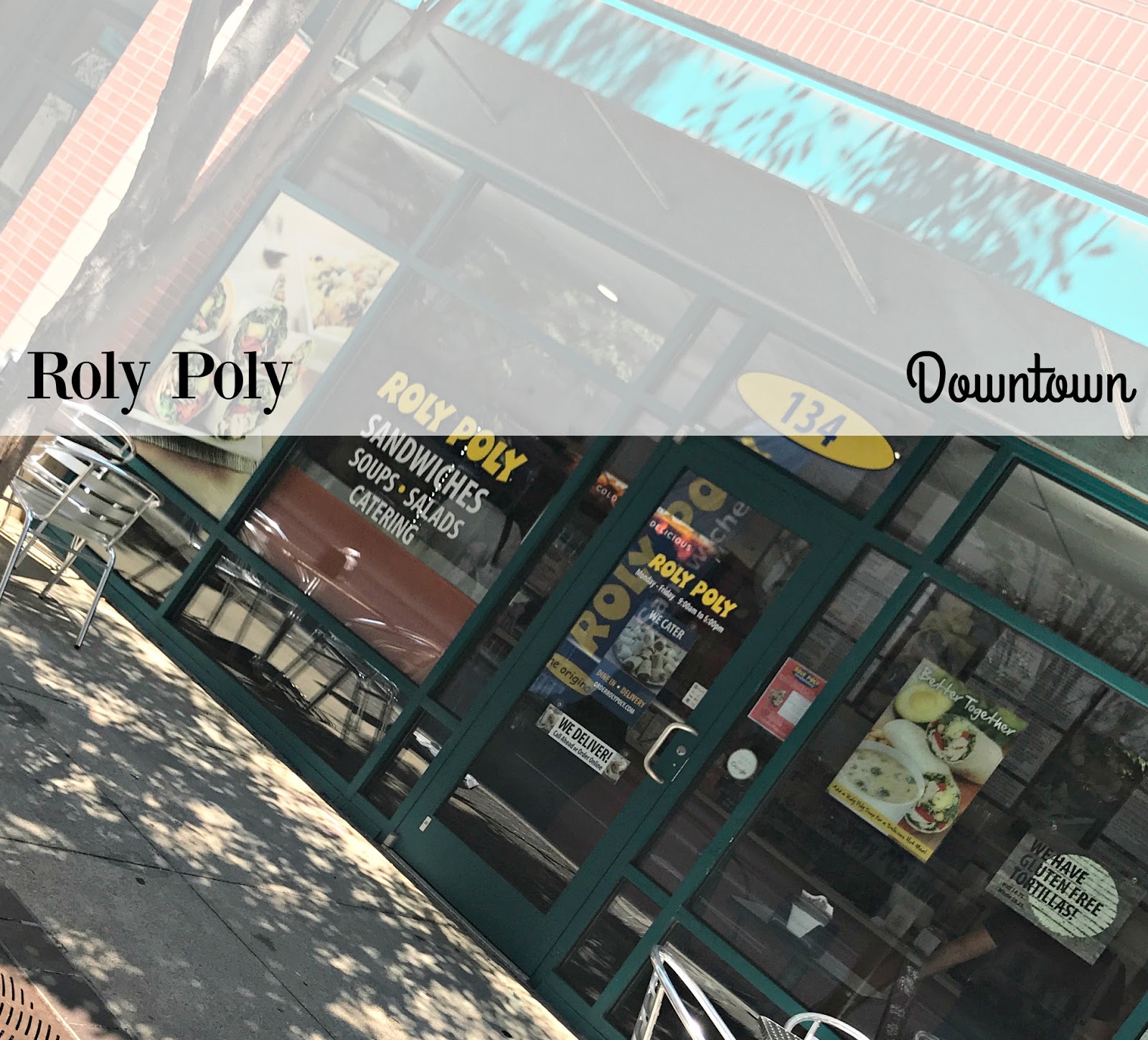 Yes Yes Yes! Years back – my coworkers and I would go to the RP on Buttermilk Pike a lot. Two of us were on Weight Watchers and they have great options – we would go so often the manager gave us t-shirts and free subs all the time. (He was a really great manager.)

So I got really excited a few months ago when I found out they were coming back to Cinci! They used to be downtown next to Ingredients but this time they are downtown on 7th street. It’s sort of an odd spot – sort of near the Convention Center.

I reached out to Roly Poly on Facebook and expressed my excitement for their return and they invited me and my coworkers in for lunch! Um – sure! One of my coworkers doesn’t like sandwiches (we give him neverending amounts of shit over this) so we all went on a day he was off… 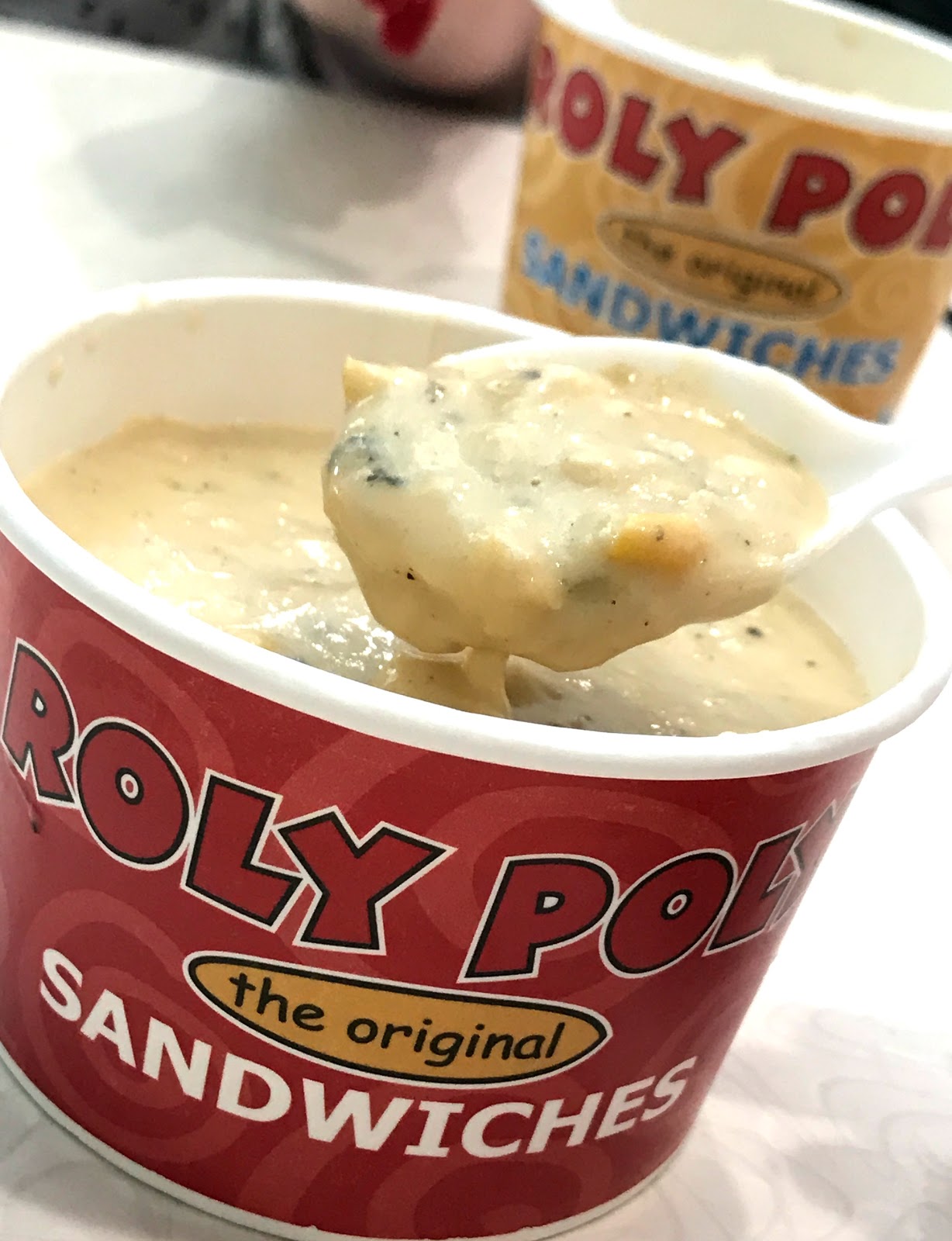 Monica and I knew the awesomeness that is Roly Poly and ordered one of their soups. Their soups are REALLY good! We both chose the Shrimp & Corn Chowder. Their cream of mushroom is my fav but it wasn’t on tap that day… It was so good – chunks of corn and potato with bits of shrimp here and there – creamy but not so heavy that you get stuffed from it. 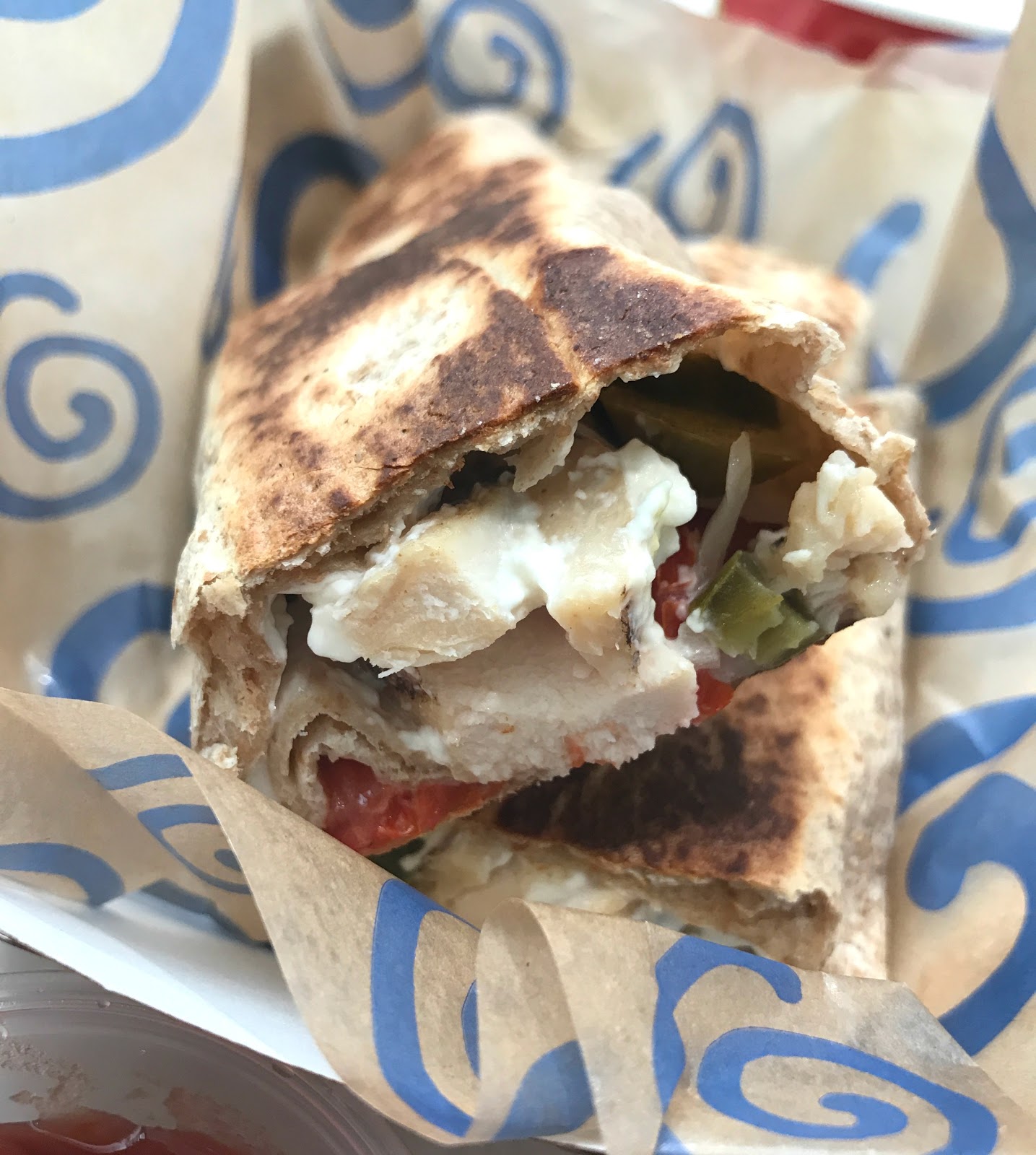 Then – all three of us – got the same Roly Poly. I recommended it and the girls followed suit and thought it sounded good as well. We went for the #53 Chicken Popper. It’s a whole wheat tortilla filled with sliced chicken breast, light cream cheese, plum tomatoes, onion, sliced jalapenos and fat free ranch and served with a side of salsa.

This was just as good as I remember!!! It’s spicy enough on it’s own so I usually skip the salsa. I always choose a hot pressed sandwich which makes the tortilla nice and crispy – then the cool cream cheese mellows out those little jalapenos. All three of us LOVED our sandwiches! We even think the Sandwich Hater might like it too. He won’t really have an option – 3 votes to 1 – so we’ll be going back quite a bit! Here’s how much we loved them! Notice only one of us makes a stupid face…I do what I do!

Why Should You Go? I wish it was a few blocks closer but luckily THEY DELIVER!!! So even this winter when I don’t want to get out – they’ll bring it to me! Woohoo! Here are some of my favorites:

They even get a little crazy and had an Indian sandwich the day we were there! There are always 3-4 specials off the regular menu and 3-4 soups as well.

And I can’t be the only one that likes it – they have probably a dozen tables inside so we ate there – that place was PACKED the entire time we were there!!! So it’s already catching on!