Subscribe
My friend Veggie Option and her husband told me that one of my favorite restaurants in town – Dusmesh had been sold and that the original (amazing) owners had opened a new spot – NEAR ME!! I had to check it out! 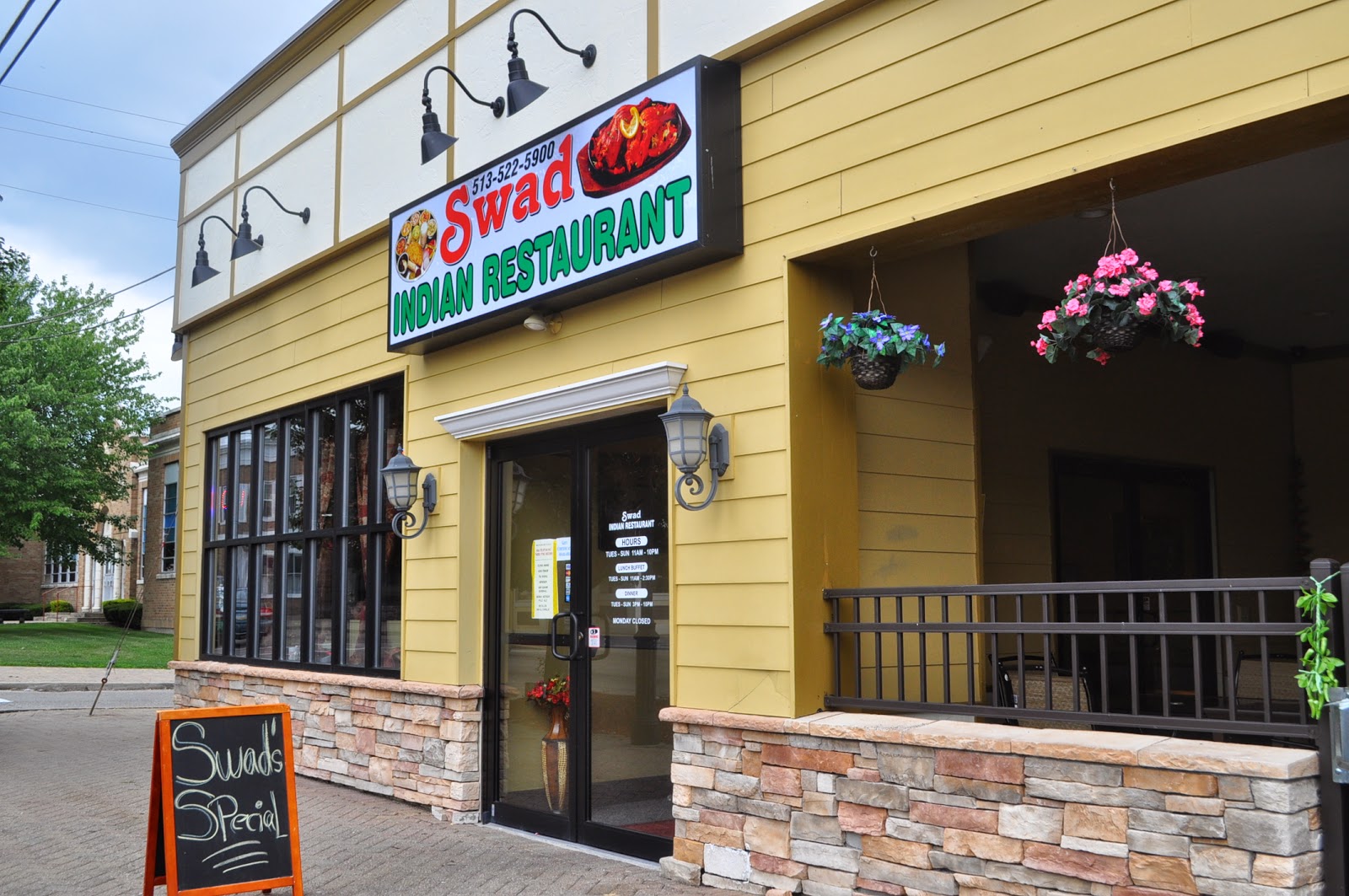 They opened up Swad Indian on Galbraith Rd in North College Hill. That’s on my way home and only 10 minutes from my house!! Woohoo!

I have to say – I wish they’d gone for a nicer sign. The restaurant was already established and is really pretty. That strip mall sign just doesn’t match the really nice outer appearance. I’m also not sure what Swad means – but on a quick Google search – there are a lot of Indian restaurants named Swad – so I’m hoping it means “good Indian food”. 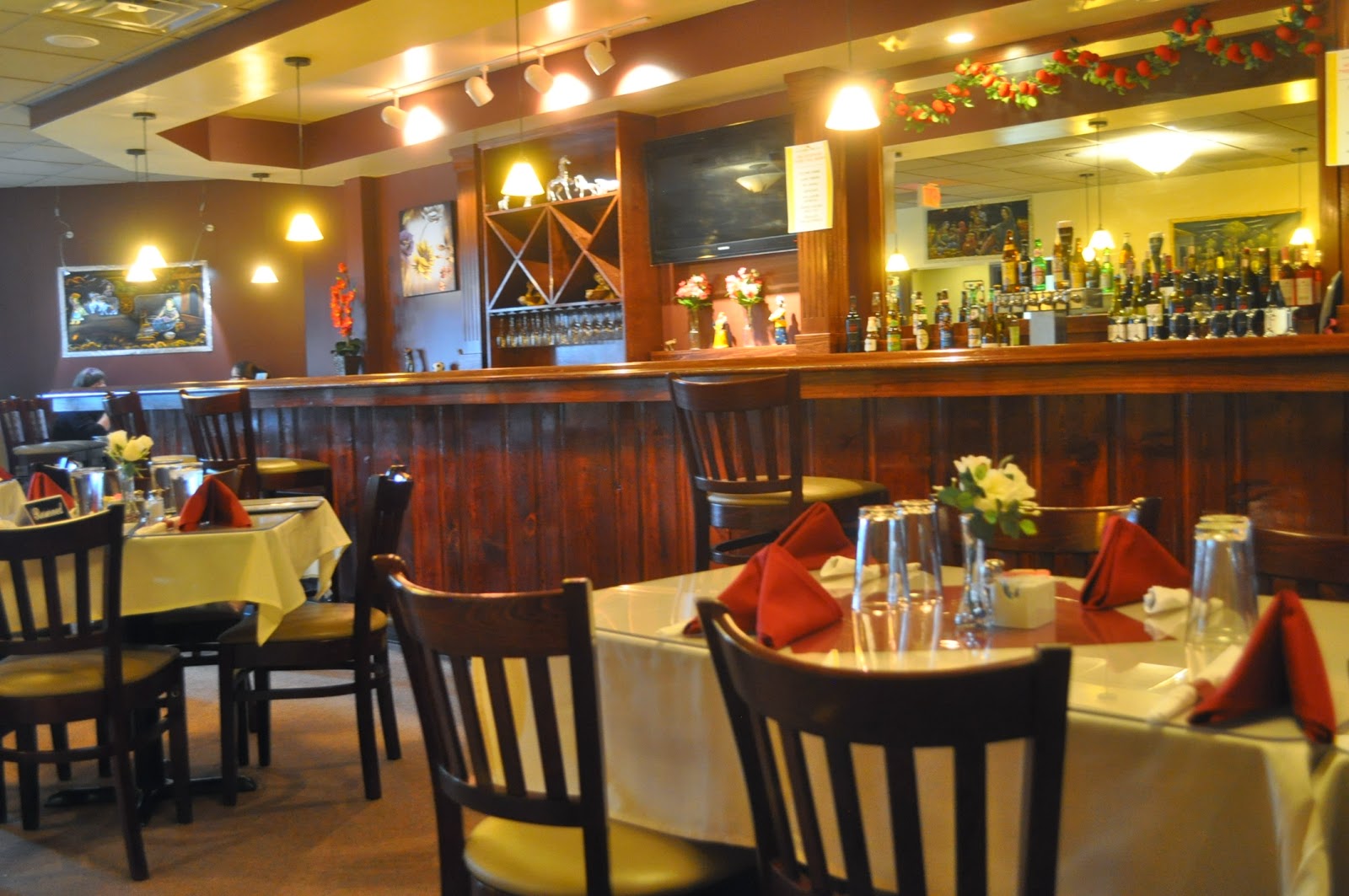 Inside is really nice – it definitely seems more like a pub or steak house than an Indian restaurant – but it’s great to see all the expense that was obviously put into this restaurant not being wasted just sitting empty! Side note: you can reserve tables – I saw a few with table tents denoting reserved. 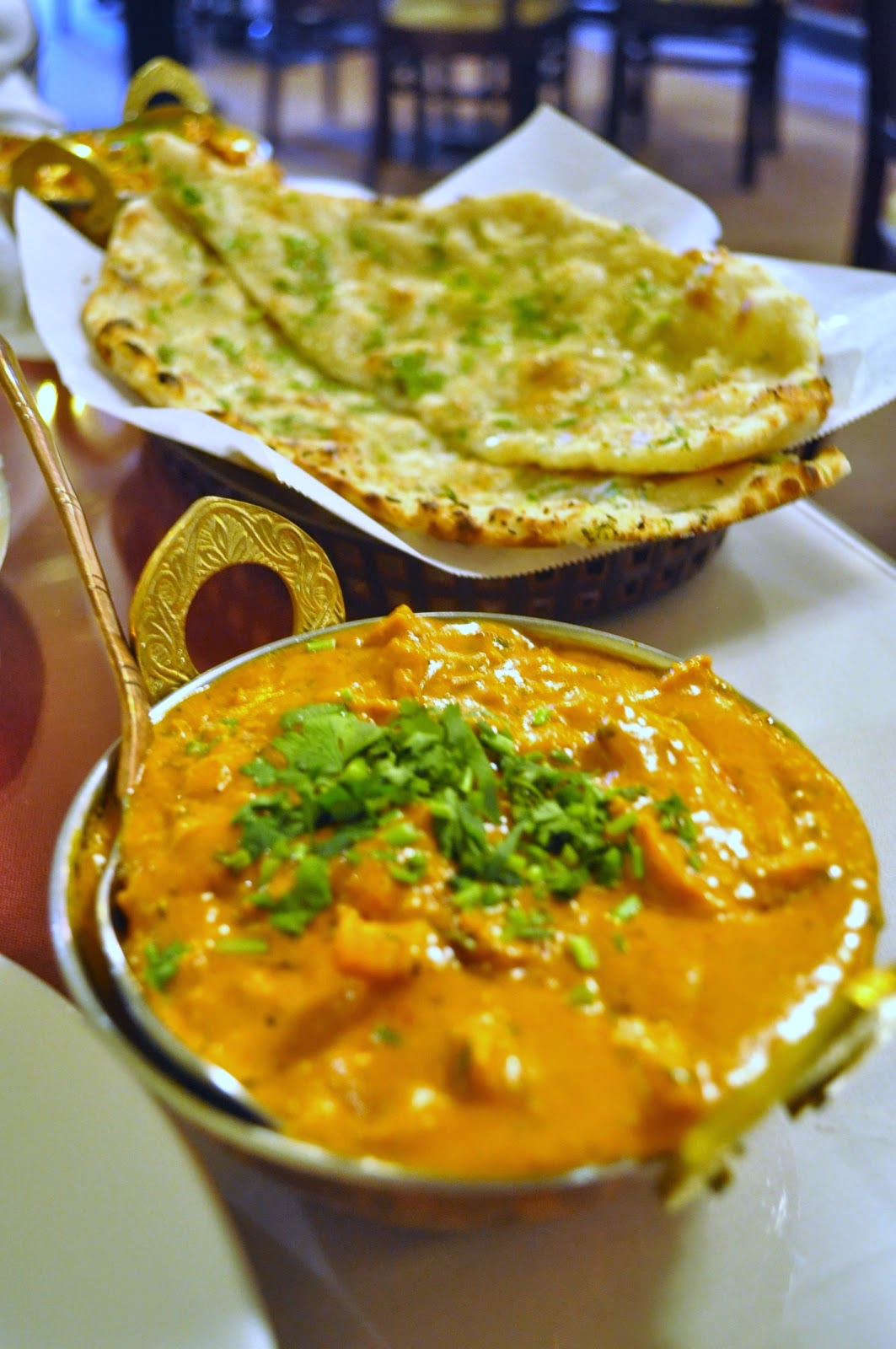 We both ordered Chicken Tikki Masala – it’s basically the “Introduction to Indian Food” dish – but I like it and he does too – so we still get it. My other favorite is Mushroom Matar – which is basically the same sauce but with mushroom & peas instead of chicken. 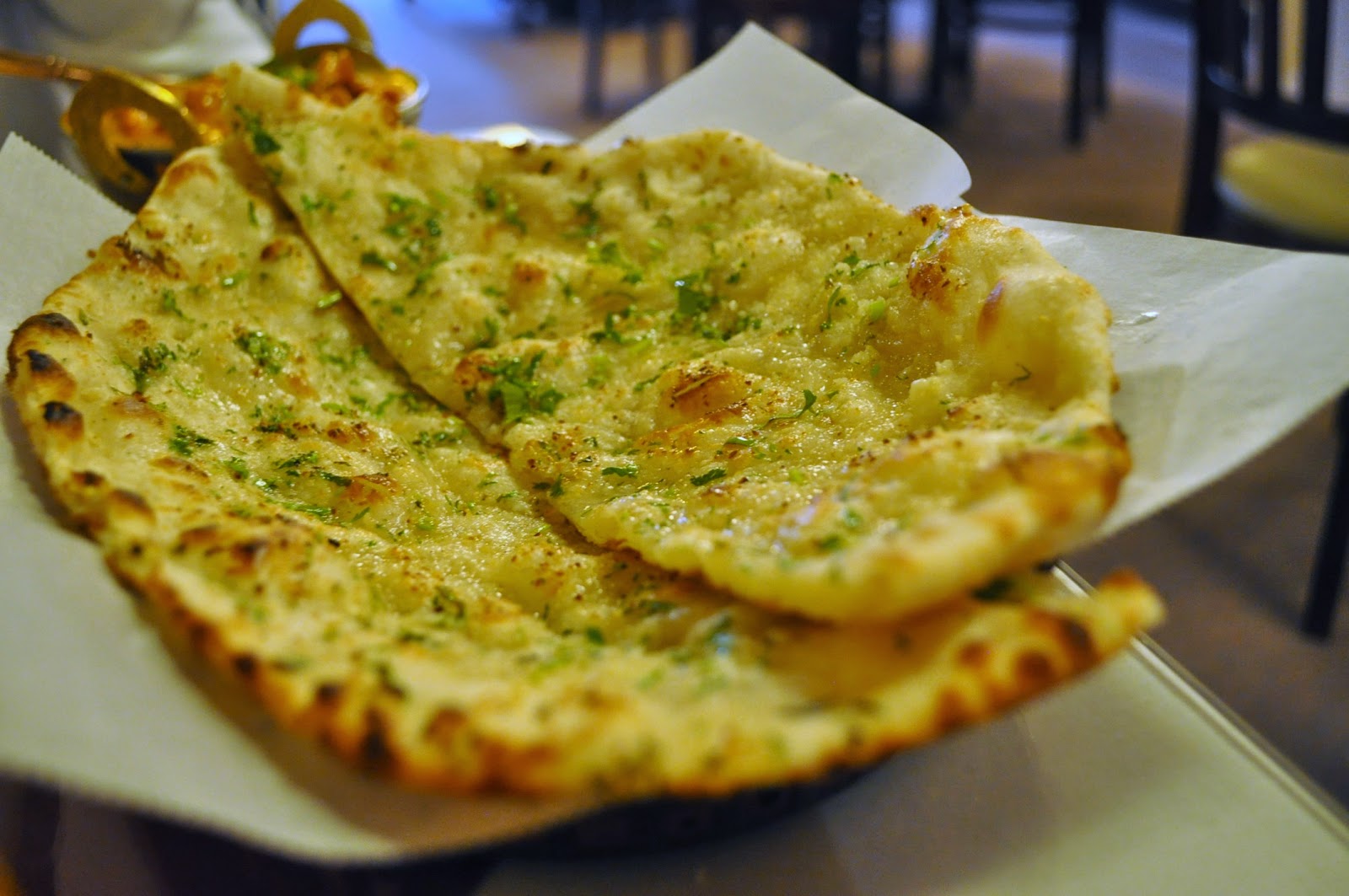 Then – of course – we had to get garlic naan – sooooo good! The only other thing I love as much is the Veggie Pakora – omg so good. 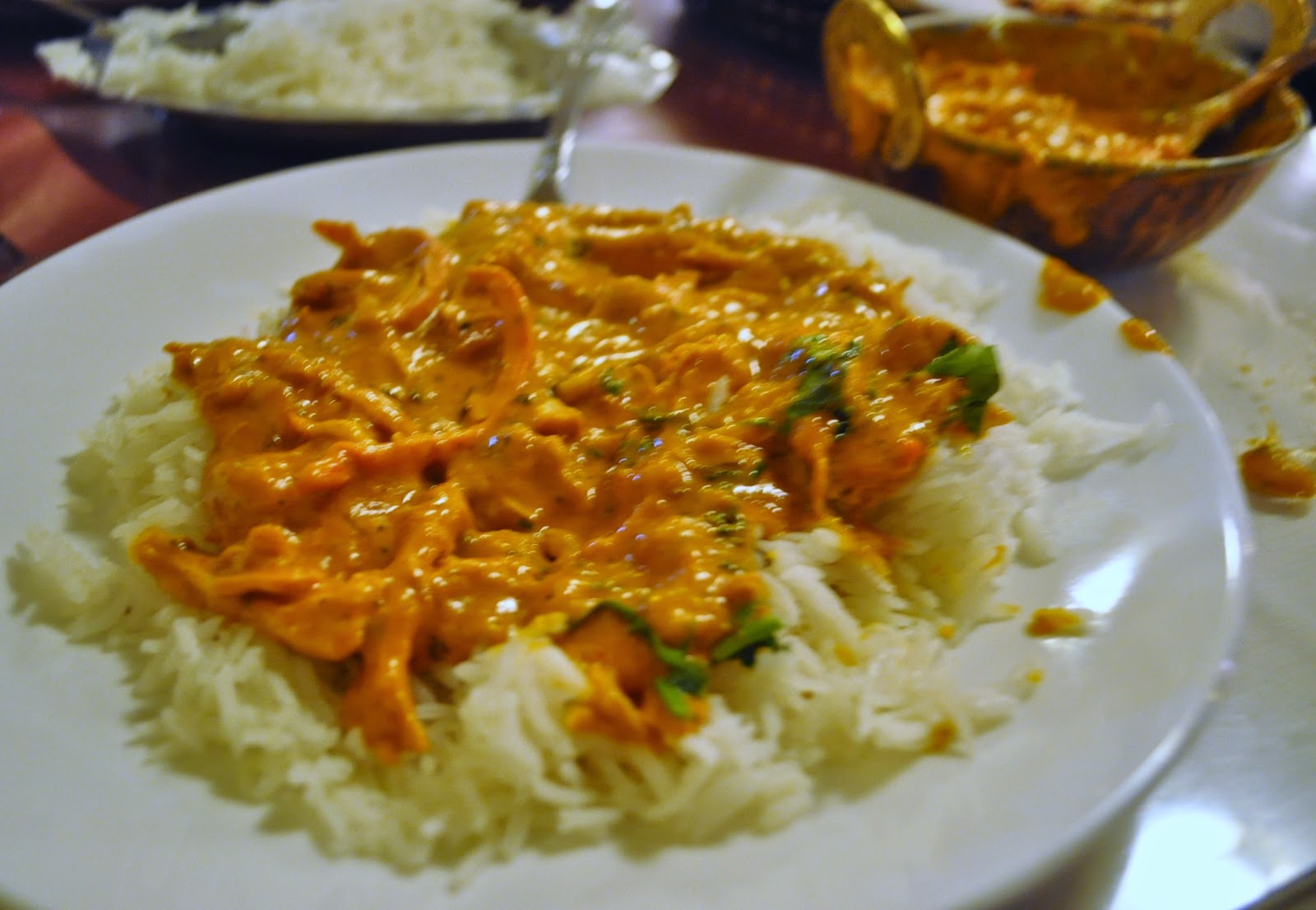 We quickly realized – we could easily just get one entree and split it between us – the servings are really big! Especially on a to-go order…one would be plenty. Then again, with two entrees – I have leftovers to take to work for lunch! Win – Win Really!

I’m also totally addicted to Basmati rice – I won’t buy or make anything else. It’s so much tastier and not sticky. Love it! 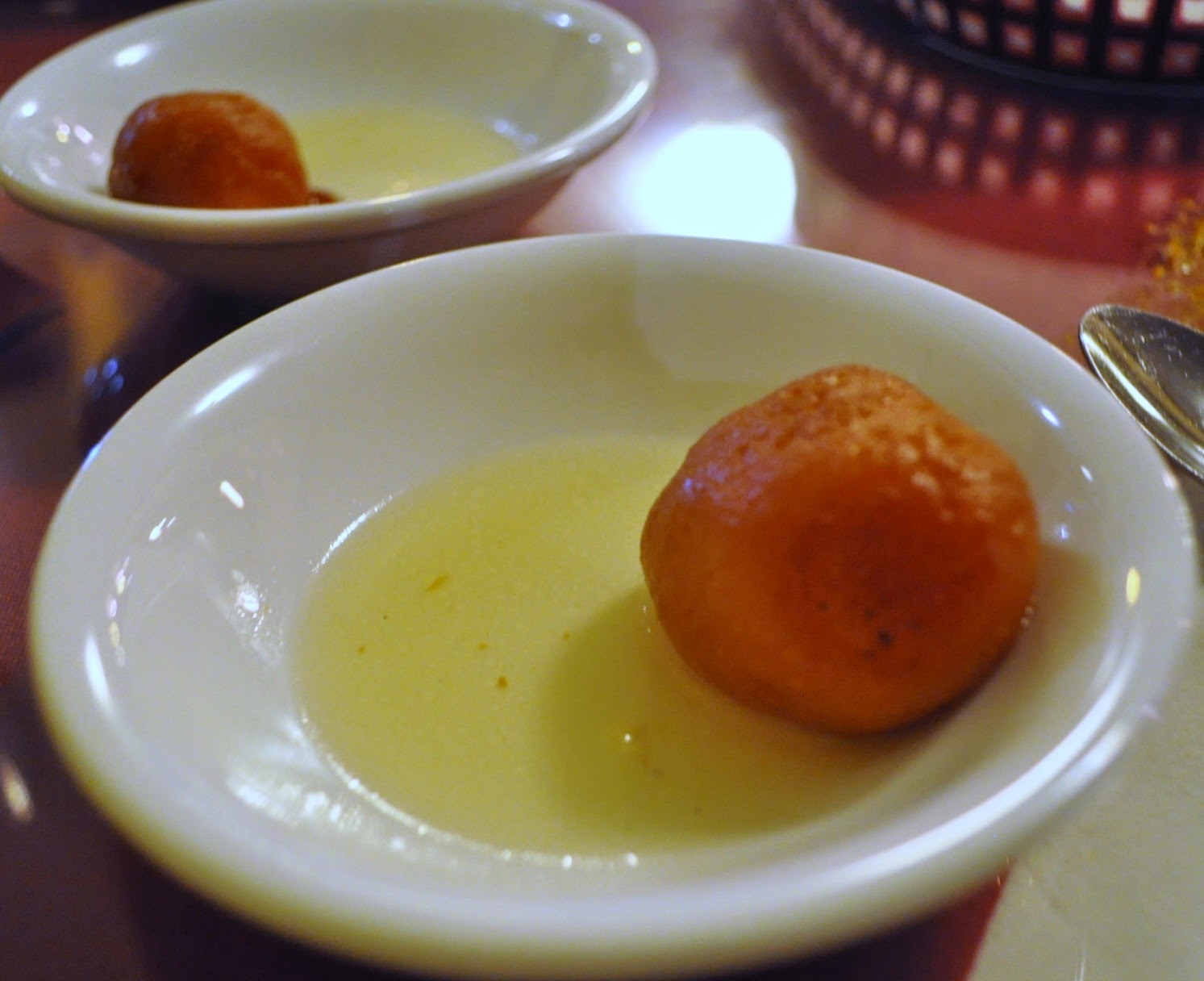 Last up – and the way I KNEW these were the original owners – the delicate Gulab Jamun. It’s a little doughnut soaked in syrup. It’s so light and fluffy and just the right amount of sweet to end your meal. Oh it’s heaven. 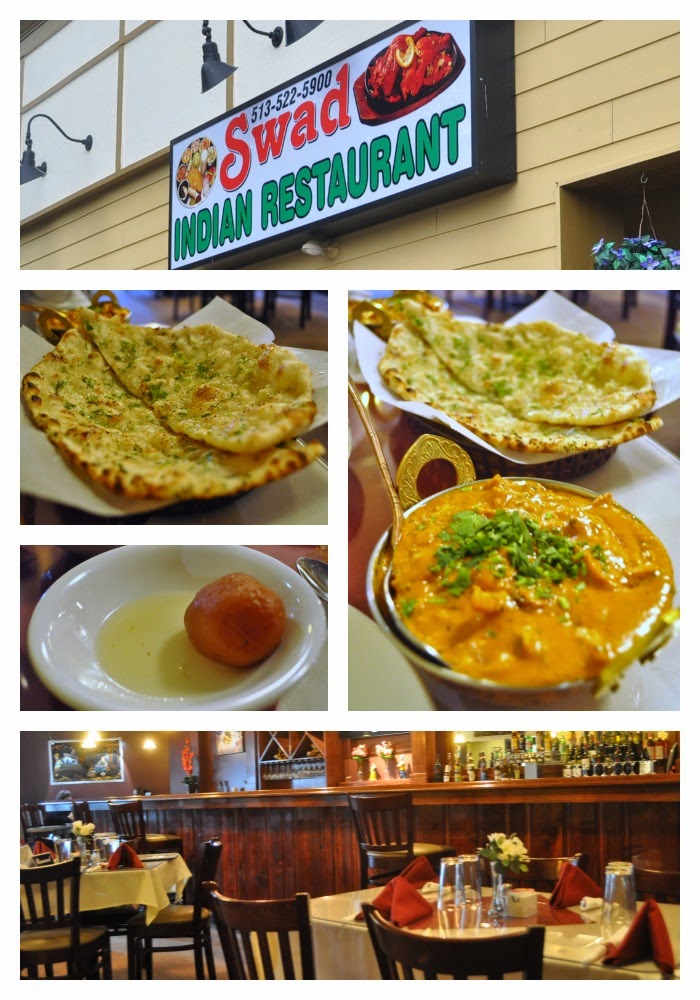 Why Should You Go? BECAUSE IT’S AWESOME. Something I didn’t even mention was the service!!! Every person was super friendly, knowledgeable and helpful. They’re so happy to see you and so pleasant on the phone with customers – it’s a nice change from so many places. I’m super excited for them to be in my neighborhood!