Recently I was invited to dinner at Teak and a play with a good friend – we were guests of a coworker – whom I didn’t know…sometimes that can cause anxiety. But then again – when you’re eating dinner with this guy – 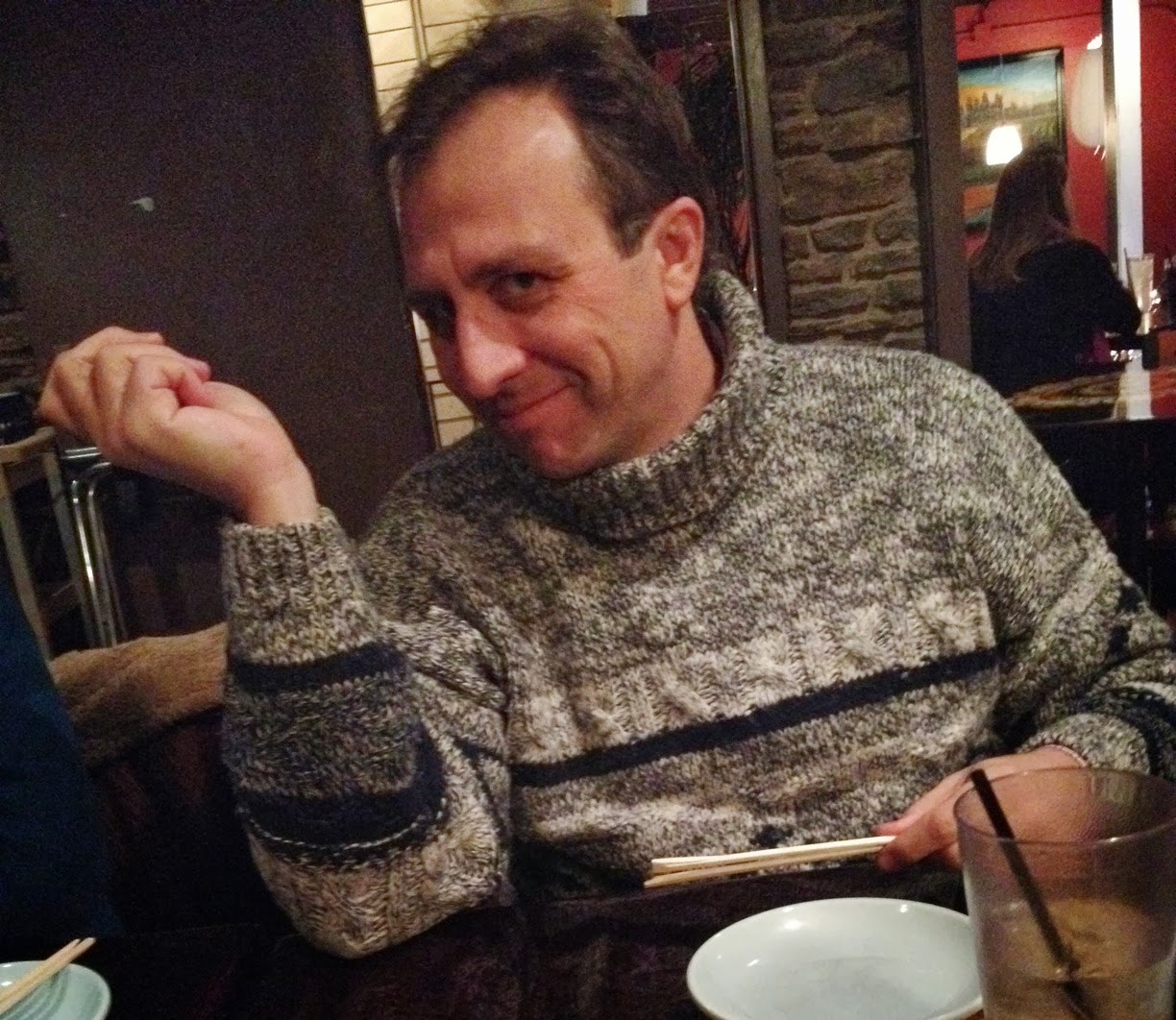 You know you’ve got nothing to worry about!
We had such a great time and our hosts were so fun! Our server was also a HOOT! Her name was Felicidad and she was this little older Filipino woman that did not stop talking. She was hilarious! We were joking that our friend was dining with three women – and Felicidad offered to jump in and be his fourth. 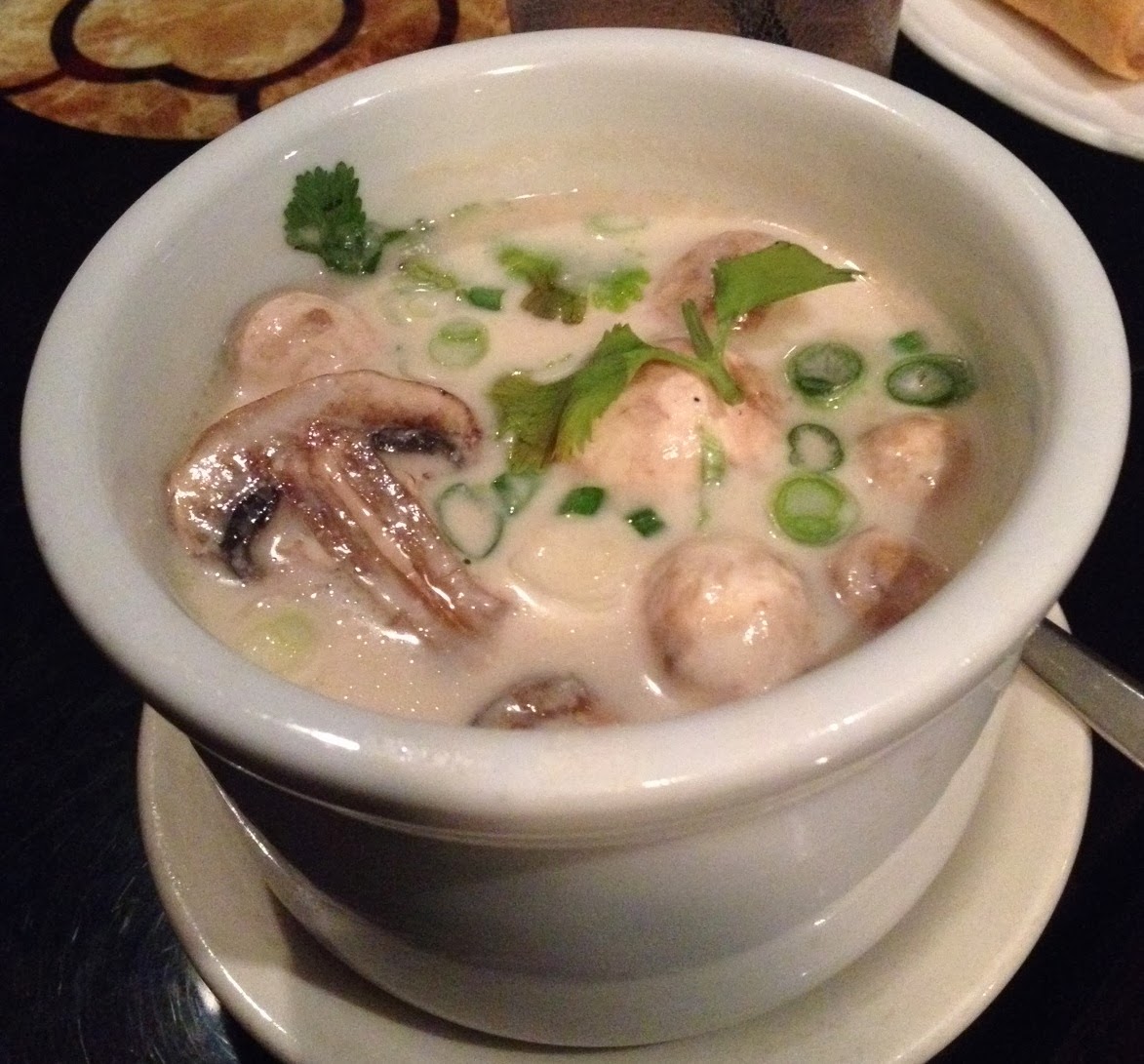 I was really impressed with the soups at Teak – this is the Hot & Sour Mushroom Soup – and you didn’t have to SEARCH to find your mushrooms! Bam! It was fairly spicy too – 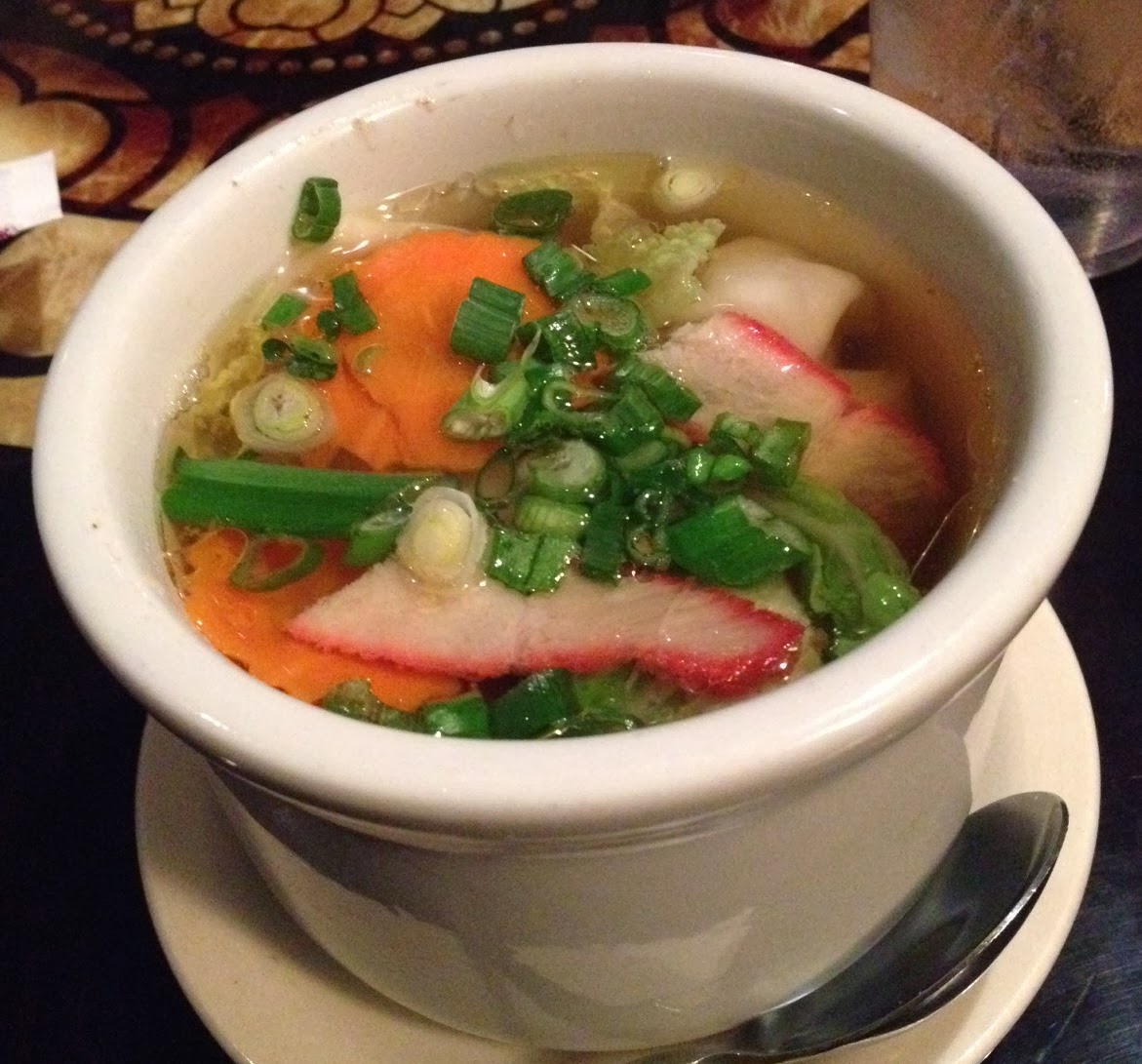 I had the wonton soup – delicious. The light broth, fresh vegetables, soft wontons (with the delicious monkey meat) – so good. (What is that meat in a wonton? We have no idea – so we call it monkey meat.) 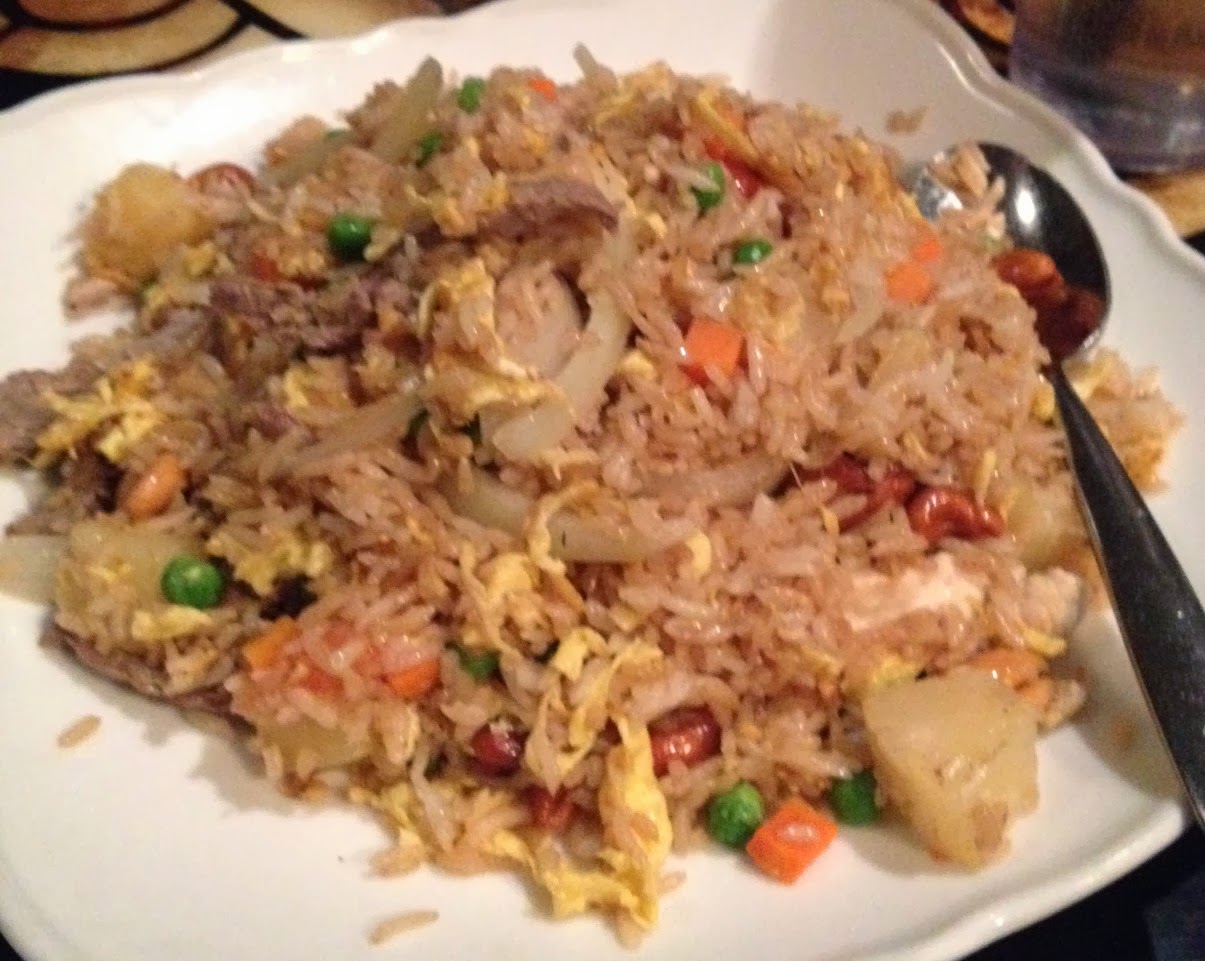 I went for the Pineapple Fried Rice with Shrimp ($10.95) and it was AWESOME! The pineapple really adds that little bit of sweetness to combat the spice and then crunch of the cashews – LOVE IT! This is a dish you can find in many restaurants – but I really loved it. I would get it again in a heartbeat and am kind of craving it right now. (Hey – I could make my own – I have before!)

Why Should You Go? Well they’re also known for their sushi – but I like their simple items better. Also – the restaurant is really cool. It makes you feel like you’re in some alley in NYC. I really want some of that fried rice now…dammit.