It’s always exciting when a new restaurant opens in your neighborhood – the first signs of construction – the anticipation of what will it be – then when you recognize the building – you exclaim – A WAFFLE HOUSE!!!!! Well – at least in this case – that’s what I did. 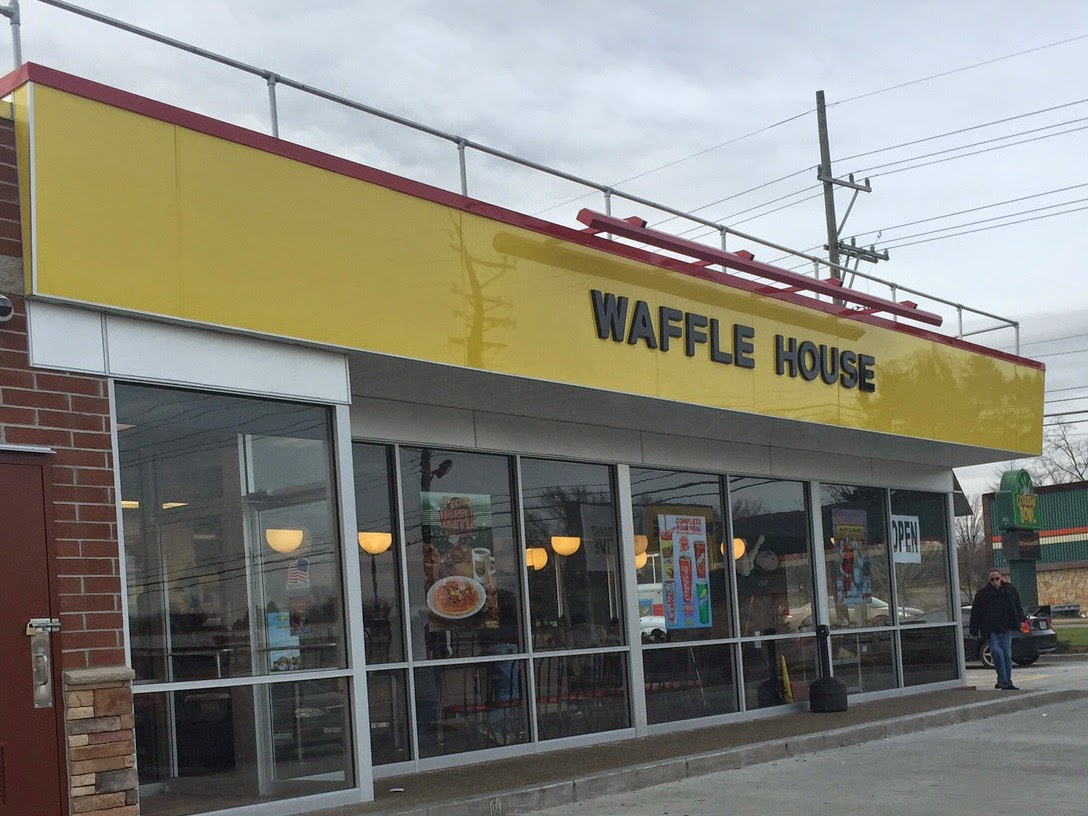 The Waffle House just opened on Colerain down the road from Northgate Mall. I was pretty stoked – I actually like it – although I do jokingly refer to it as Awful Waffle – but that’s mainly the Covington version.

I love watching a restaurant line go – it’s just amazing to me watching the process and I have to say – they have this thing down to science. I have no idea how they remember all the orders as quick as they come in. They have a couple sets of staff that rotate every 20 minutes or so. 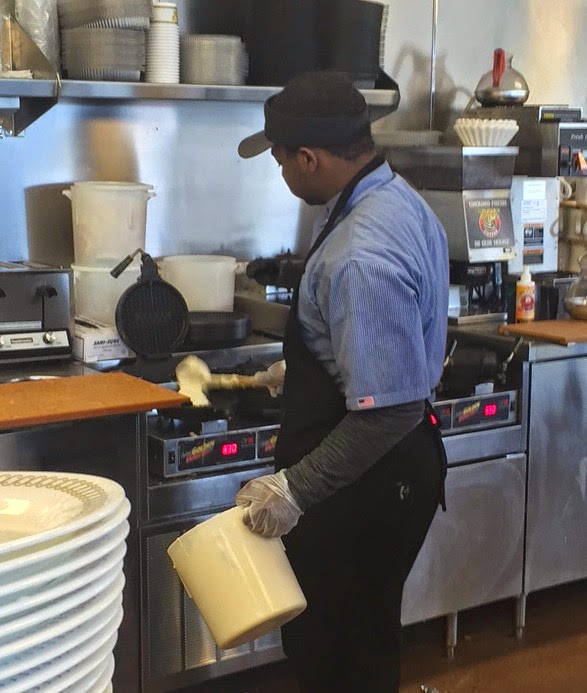 The waffles have their own guy – it is of course Waffle House! They’re so light & fluffy – I was super excited 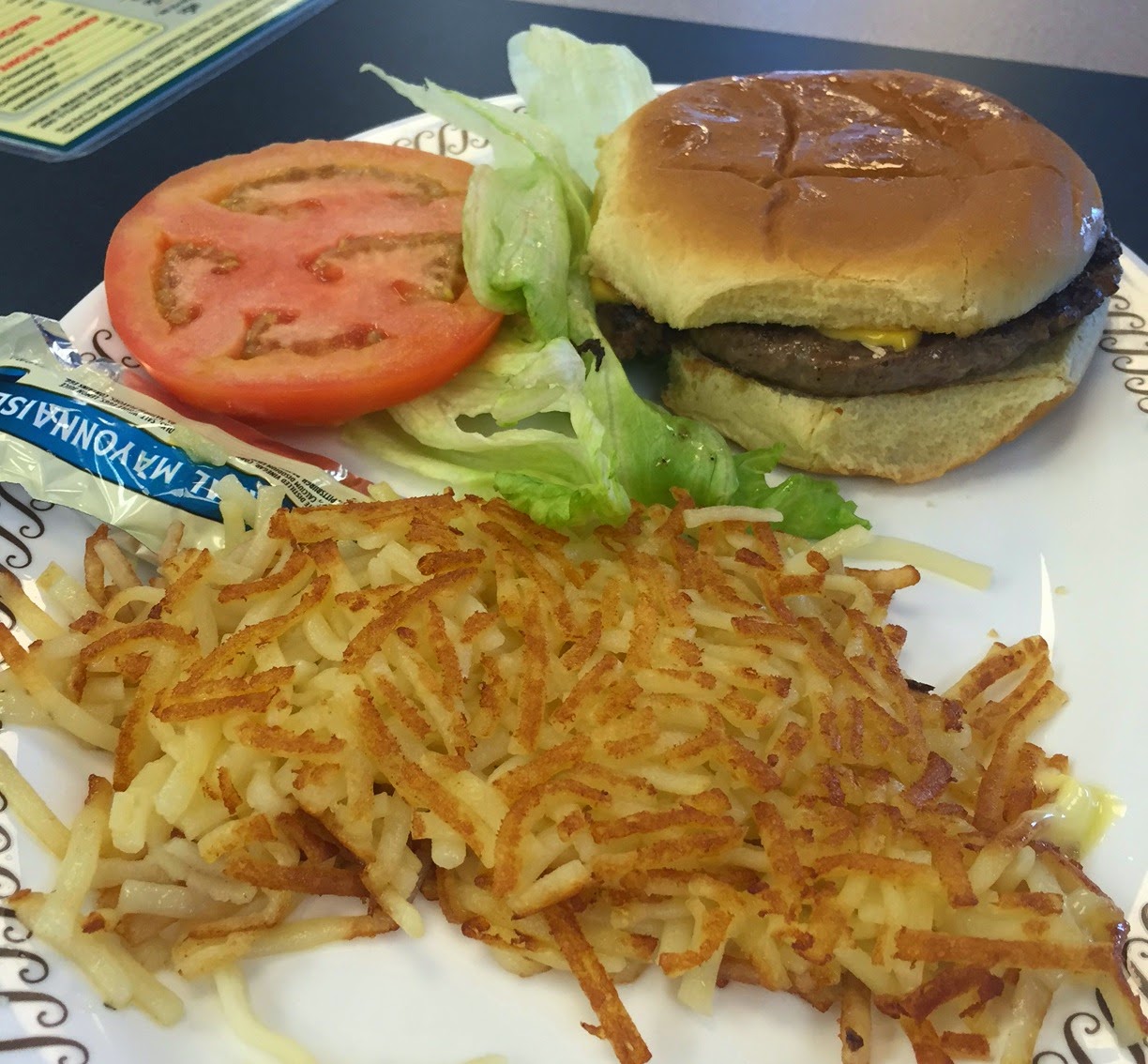 Larry got a burger – everything on the breakfast menu had eggs in it – and a side of hash browns. He just ordered them plain – he’s a plain order kinda guy. 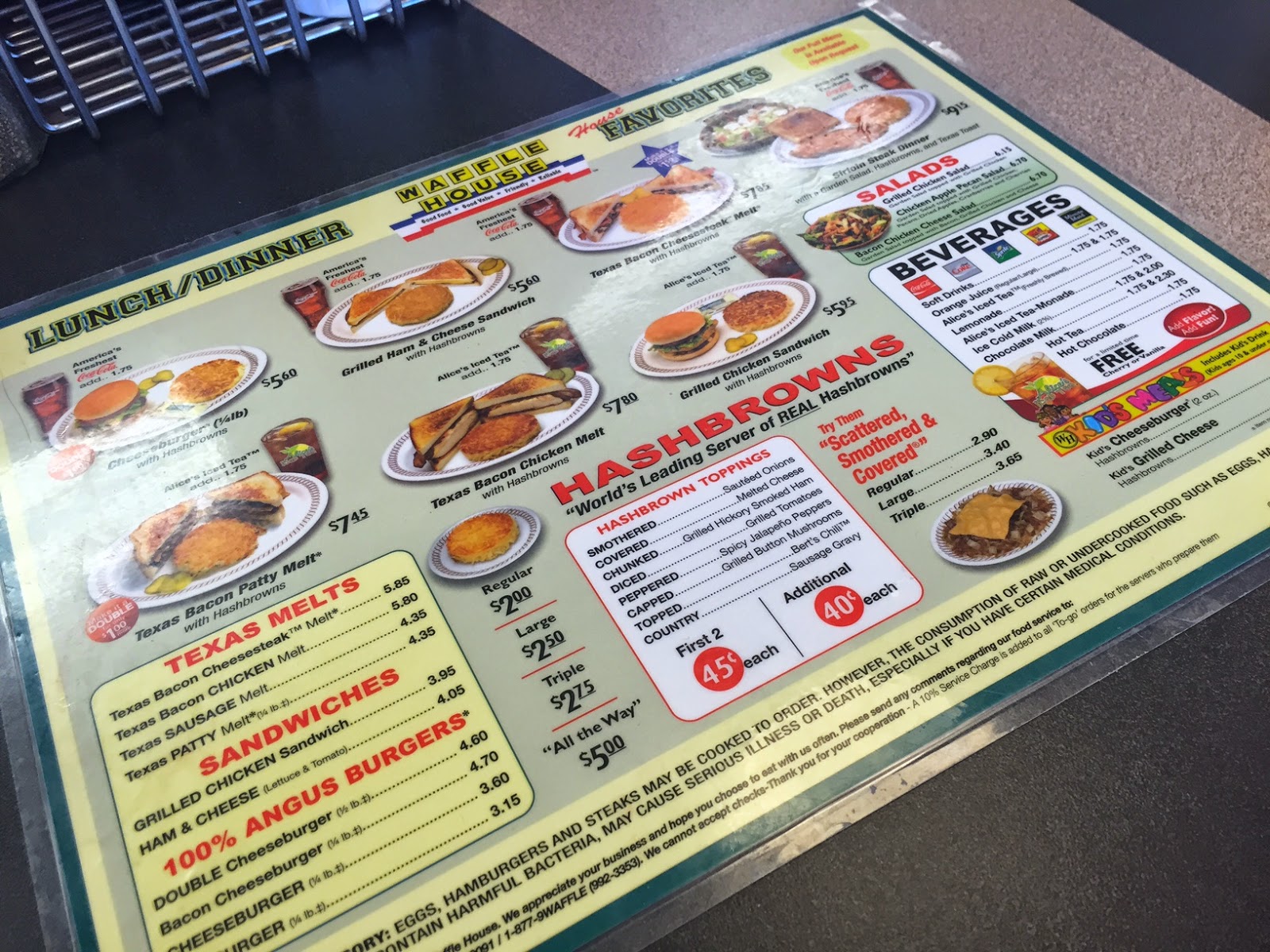 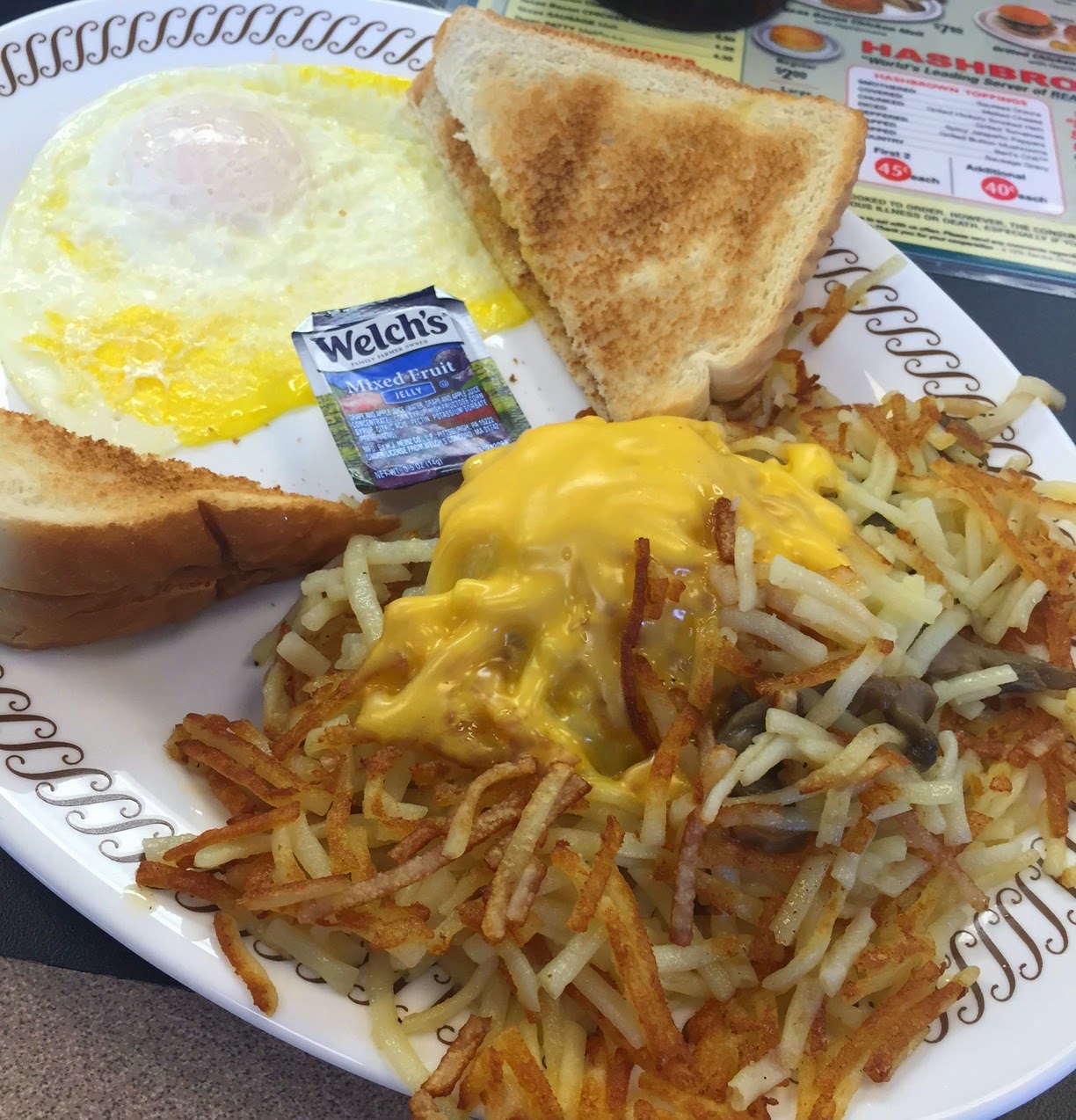 I went for one egg, toast, hash browns capped & covered. I like that there’s still some hash browns that are plain and crispy. My mom used to put syrup on her hash browns – so I always do that with the non-cheese parts. The eggs and toast (Butternut bread) are very buttery! 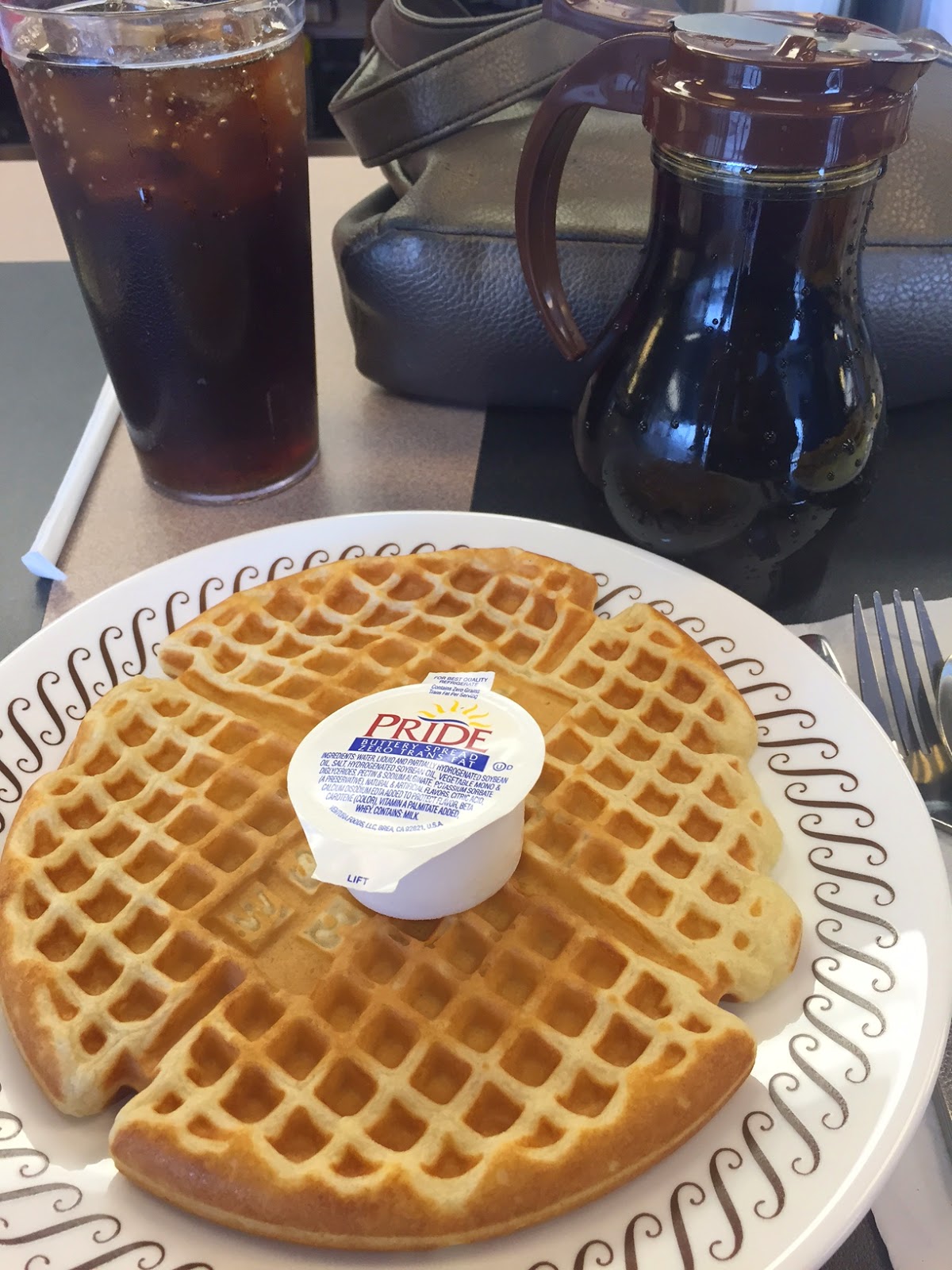 And there it is – the waffle. It’s light and fluffy – you can taste the vanilla. It’s a good damned waffle. It’s not very crispy – but it soaks up the syrup just fine. I love me some waffles – but here – they’re big and sweet – you can really only handle one.

Why Should You Go? Well – going to a new Waffle House is a different experience than one with 30 years of smoke and grease on the walls. I kept begging Larry to take me – and I’m glad he did. I like their breakfast and think it’s a pretty good deal.