When I worked downtown, my coworkers and I were often on a BBQ quest and I came across a fairly new place in Newport – so off we went! 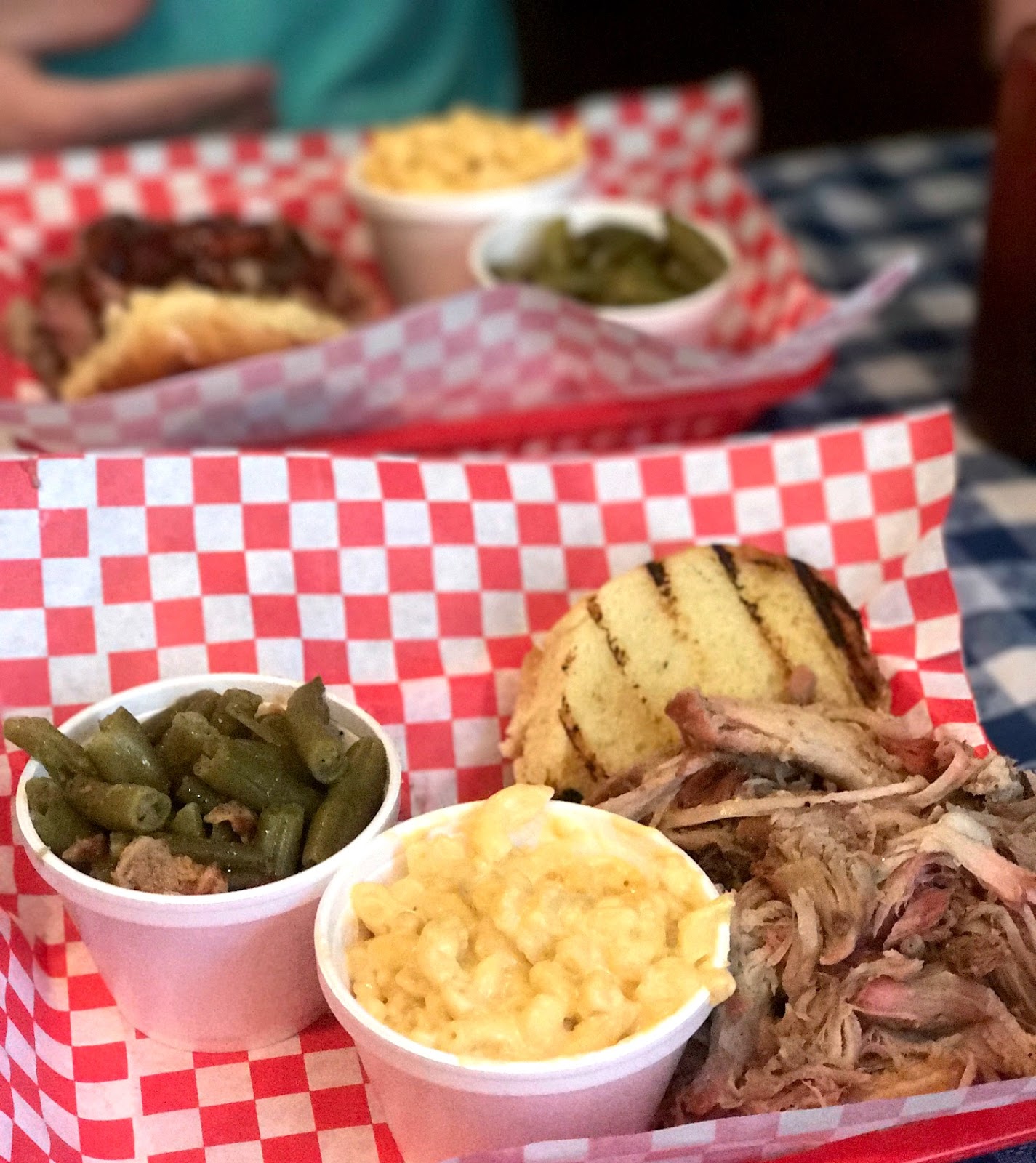 Webb’s BBQ is a small, local place – family owned and they do catering. The front has a small area to order and there are quite a few tables in the back room and a couple of picnic tables outside. They are only open as a restaurant on Fridays from 11am-9pm.

When they are open – the menu is quite large – with a variety of smoked items such as pulled pork, turkey, brisket and ribs. I usually shy away from ribs and I have no idea why – I love them. There’s also a good selection of sides with mac & cheese, grits, cole slaw, beans, etc. 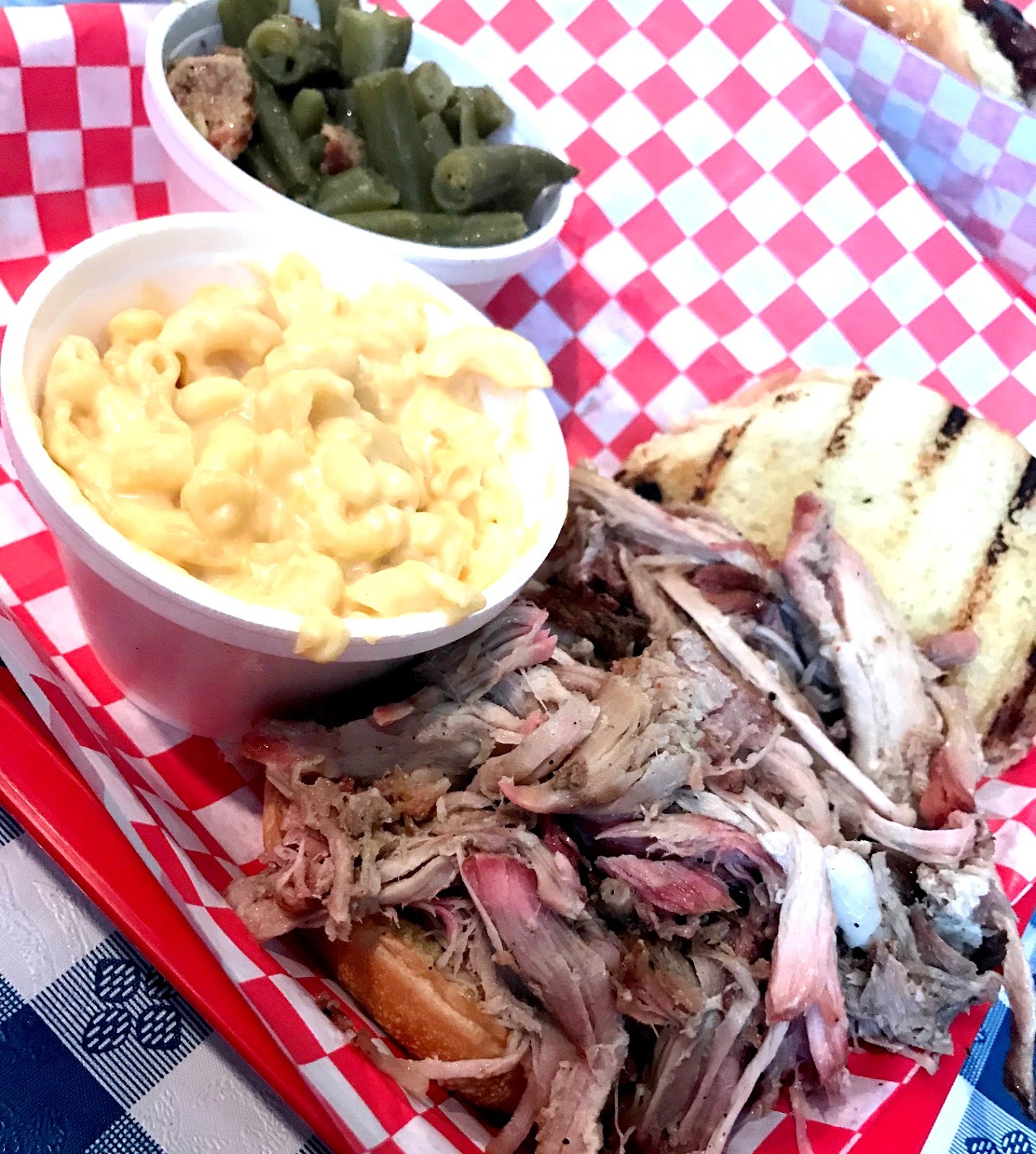 I went for the pulled pork, mac & cheese and smoked green beans. The pork was good – obviously a big portion – and they had a couple of sauce options on the table. It was smoky and not too dry. The sides were just ok – I mean – don’t get me wrong – I ate every bite of the macaroni and cheese. 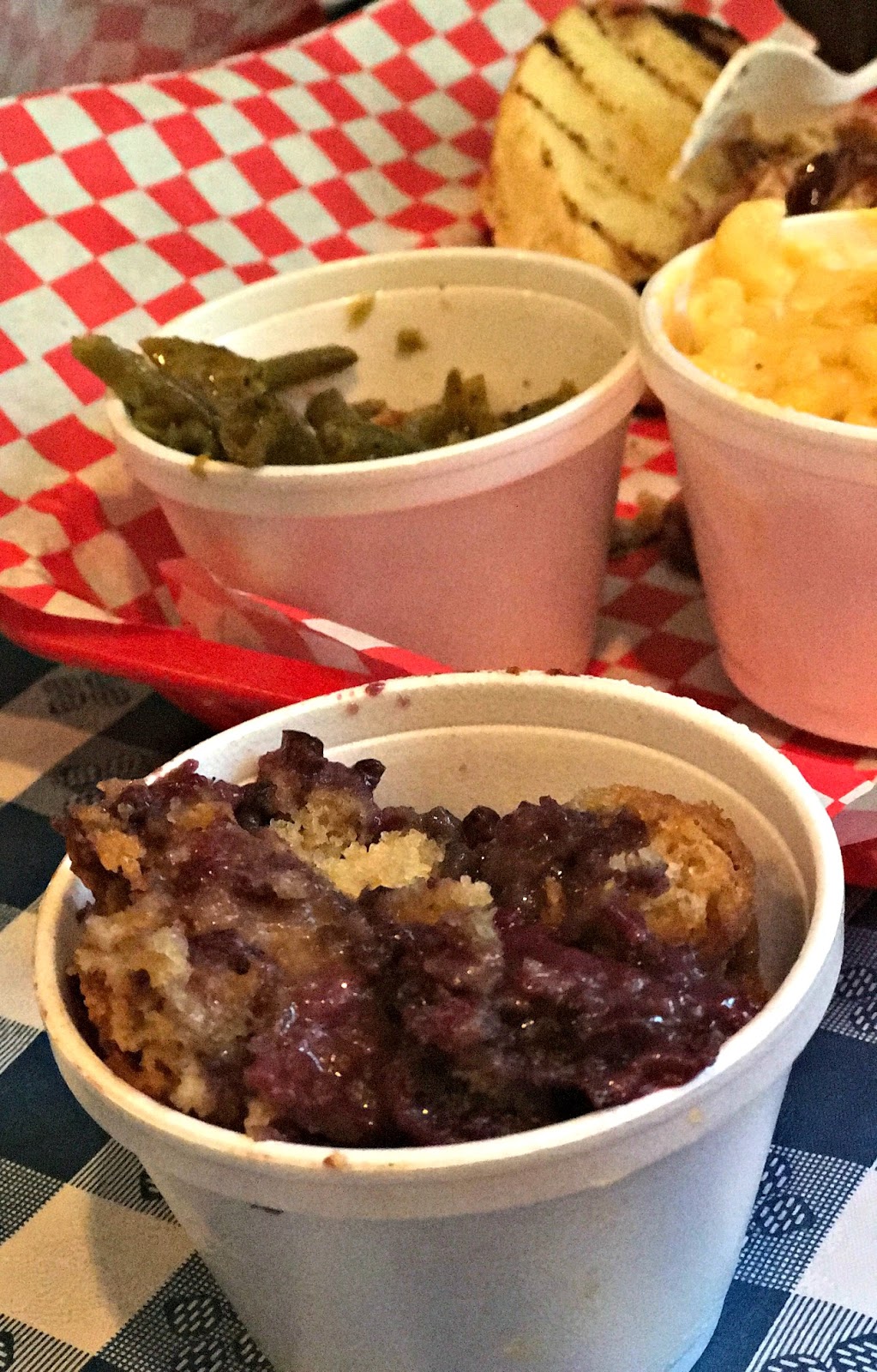 I also added on the Blackberry Cobbler – I mean – it was only $1.50! Unfortunately I really didn’t like it. The serving was a mess but it had an odd bitter flavor. It was screaming for ice cream or whipped cream or something.

Why Should You Go? All in all – I think they know what they’re doing but it was hit or miss with what we tried. Nothing was too bad or too good (except the cobbler – not good) – nothing was making us make sure we went back – but we also thought, well maybe give it another try. If I were to go back – I would definitely try the ribs.