Recently I went to Orlando for the Food Blog Forum and we had some time to ourselves so I decided to try out some of the Celebrity Chef fare on the Disney properties. I found out that Todd English has a restaurant at the Dolphin called bluezoo and they had a reservation open! 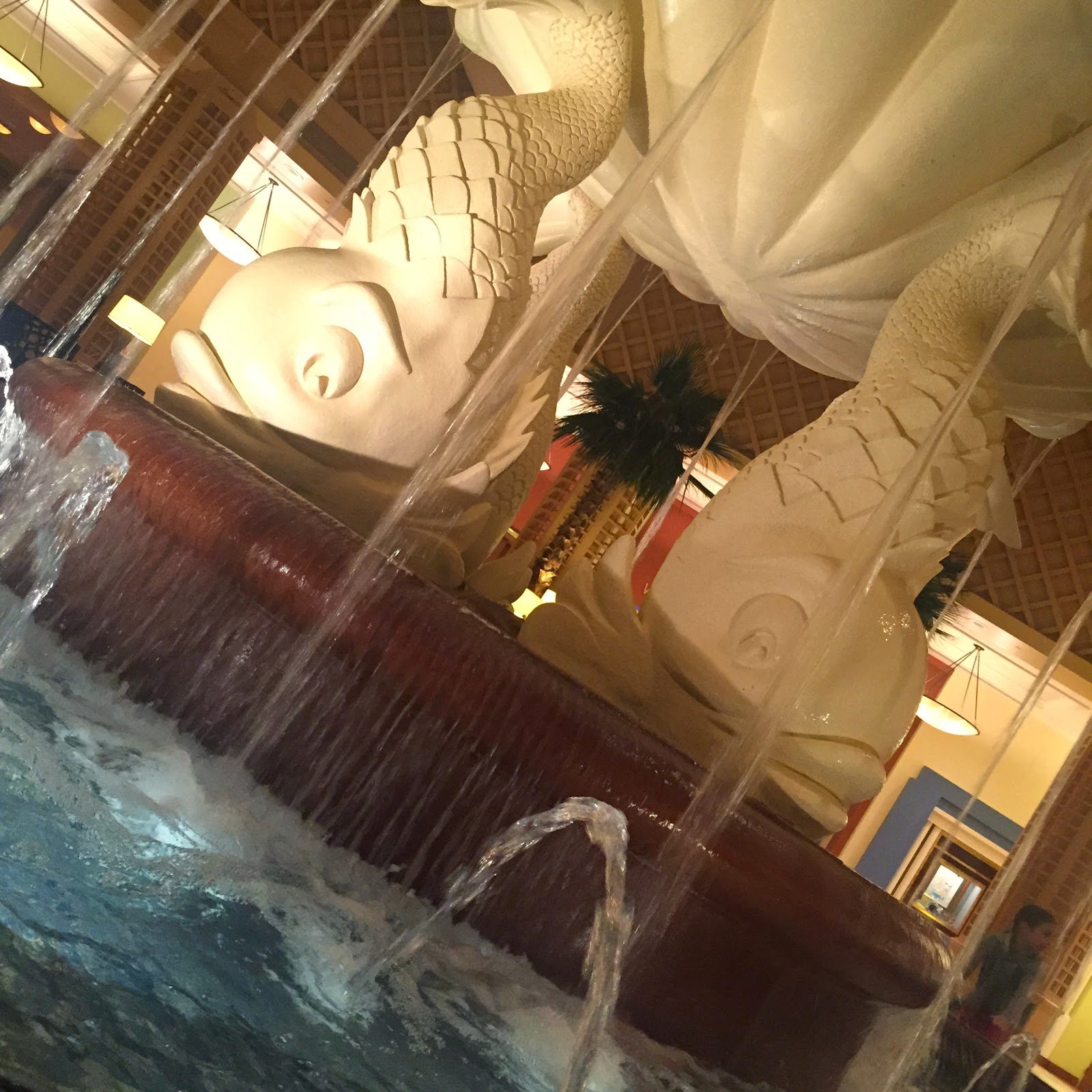 We were staying at the Grand Floridian – which is on the monorail. The nice thing about DisneyWorld is that it’s really easy to get around. A quick monorail ride to Magic Kingdom and then a bus ride from there over to the Swan/Dolphin. When you realize it takes 20-30 min to get there – you realize just how big Disney is!
The Dolphin resort has a beautiful fountain in the entryway – there are a few restaurants inside to choose from. 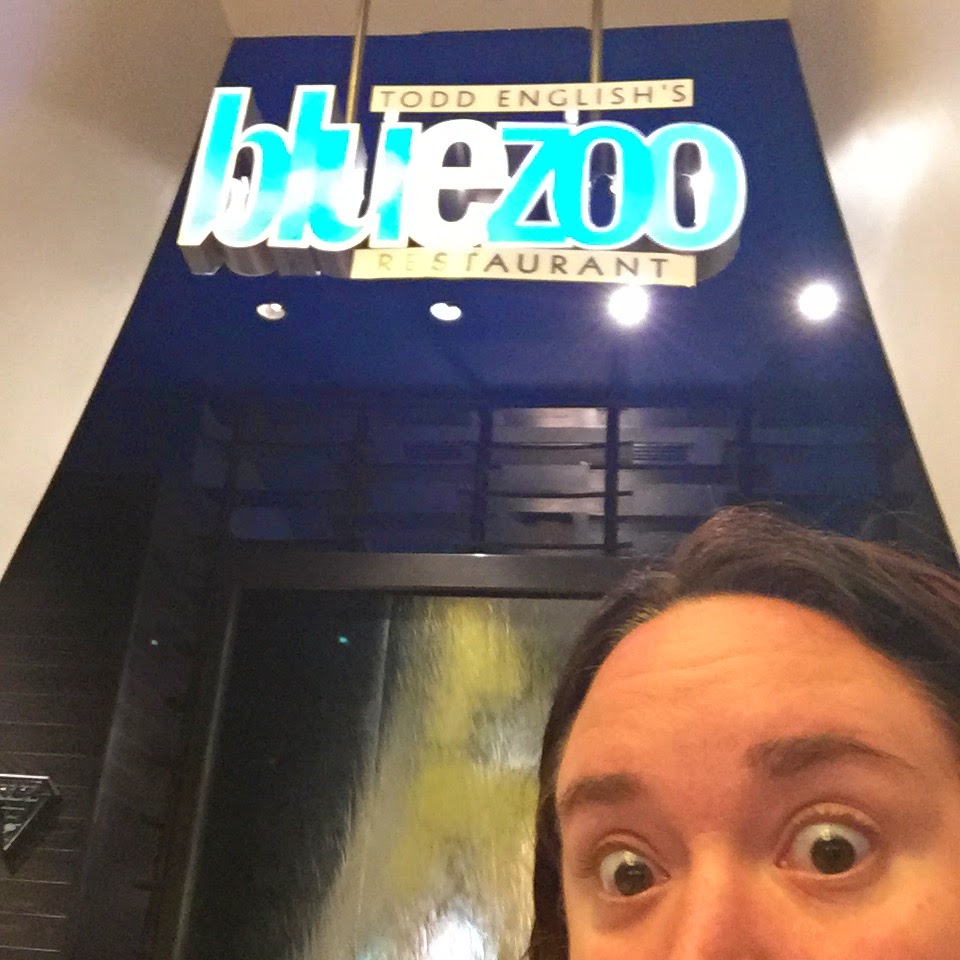 The bluezoo is to the back and down the escalator – I tell you this because there are no signs – the concierge pointed me in the right direction. 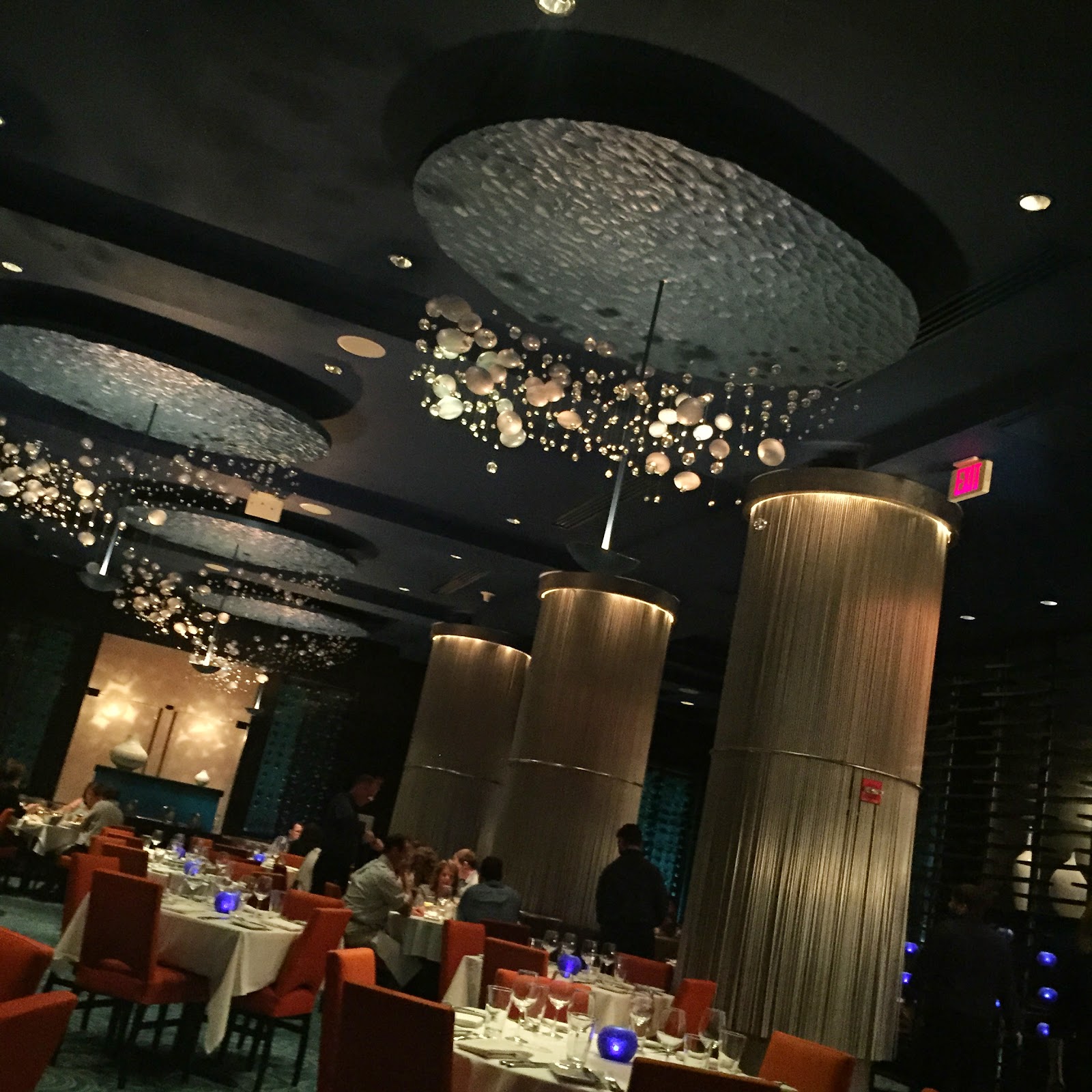 Inside it has a very formal atmosphere – you definitely feel an aquatic vibe around the restaurant. I was seated against a wall – which was nice – it gave me something to look at while I was eating and I didn’t feel like people were gawking at the girl dining alone! 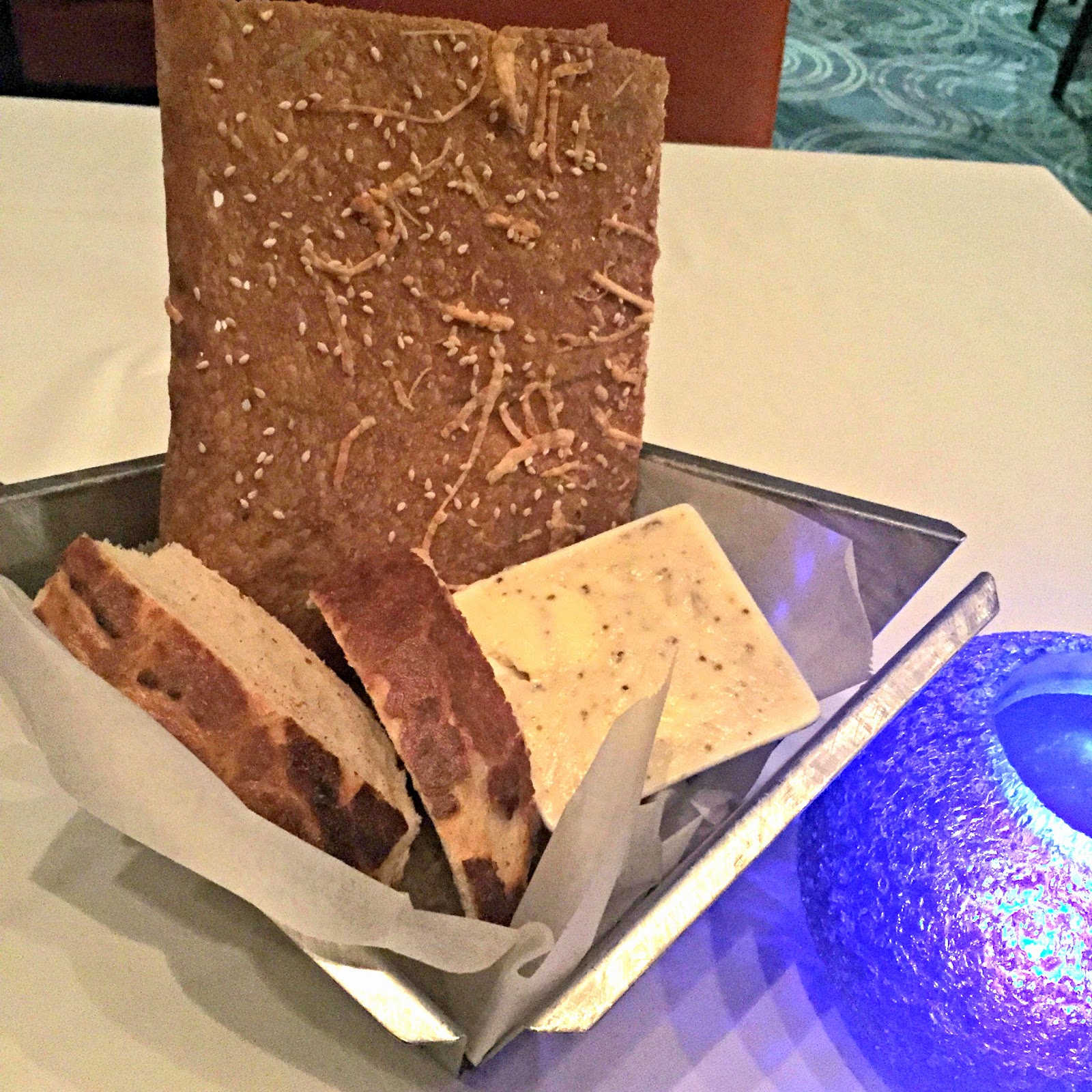 First they served bread – there were a couple of different kinds served with a fennel butter. The bread was fine – not the best I’ve had – not the worst I’ve had. I’m not a big fennel fan either…but it was ok. 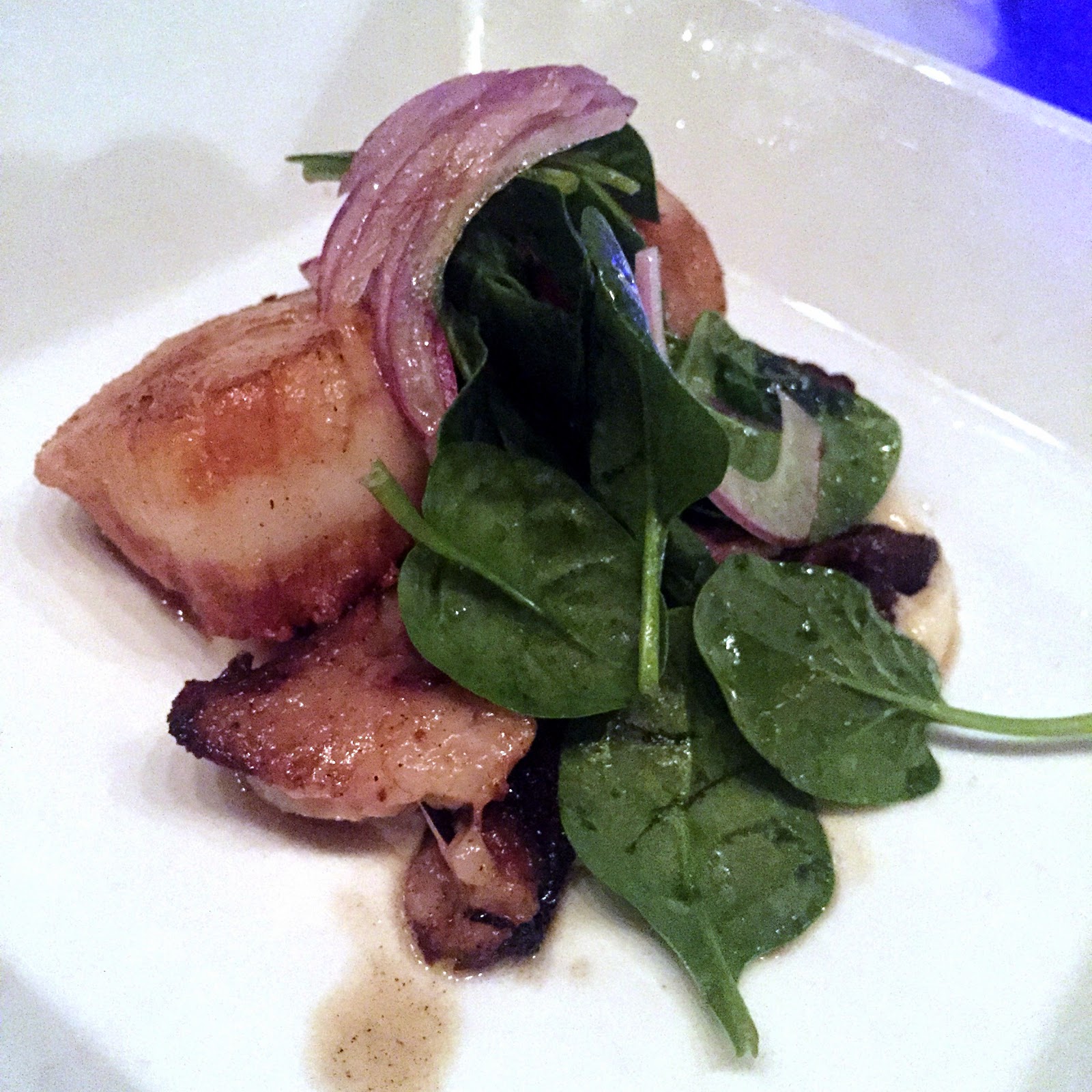 For the first course I chose the Teppan seared jumbo sea scallop with braised beef short rib and a cauliflower puree ($18). I’m a sucker for short rib – and then you pair that with a scallop – I pretty much figured this would be a sure thing. 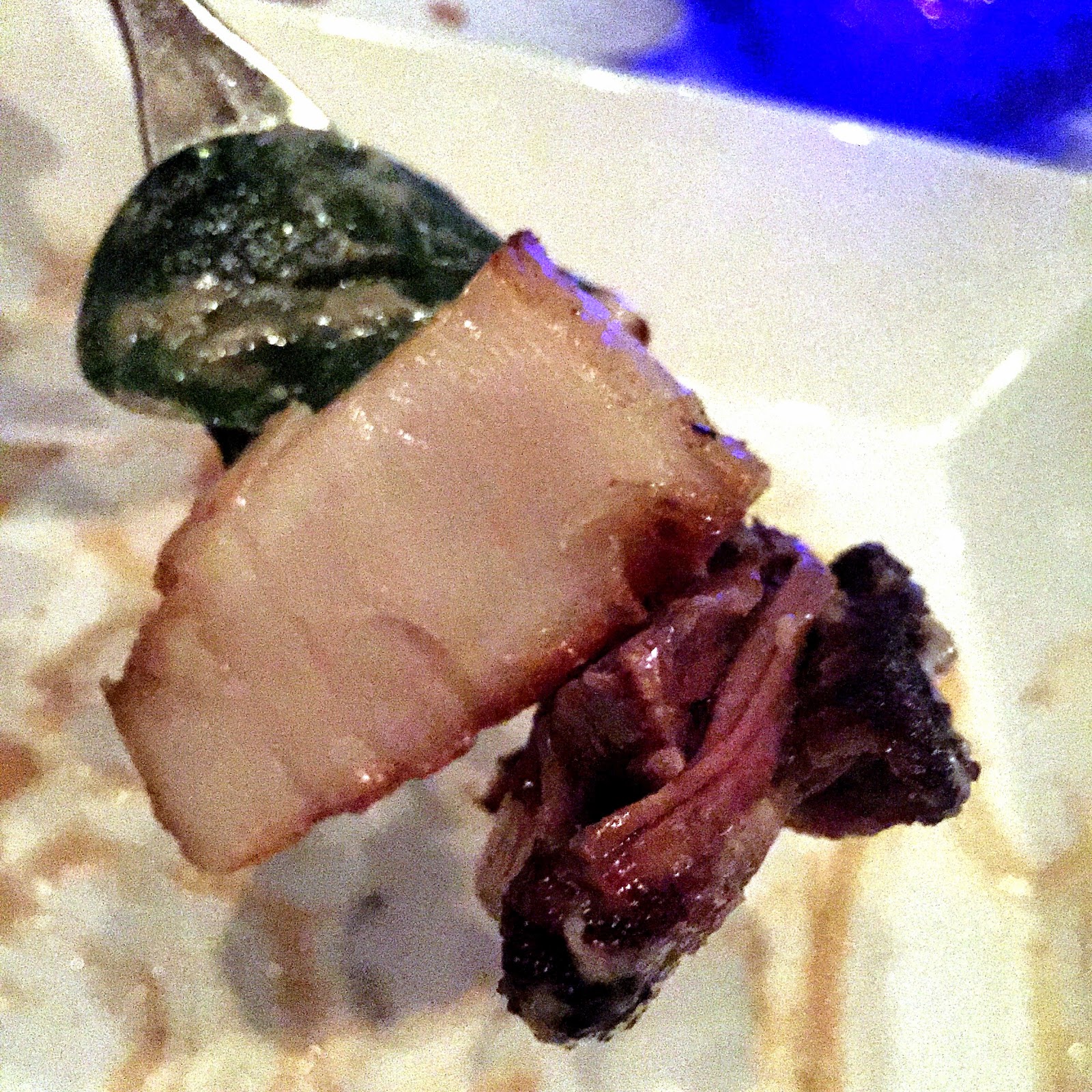 And it was! It was DELICIOUS! The short rib melted in your mouth, the scallop was seared but not rubbery and the cauliflower puree had the texture of a creamy mashed potato. So delicious – I should have ordered two. 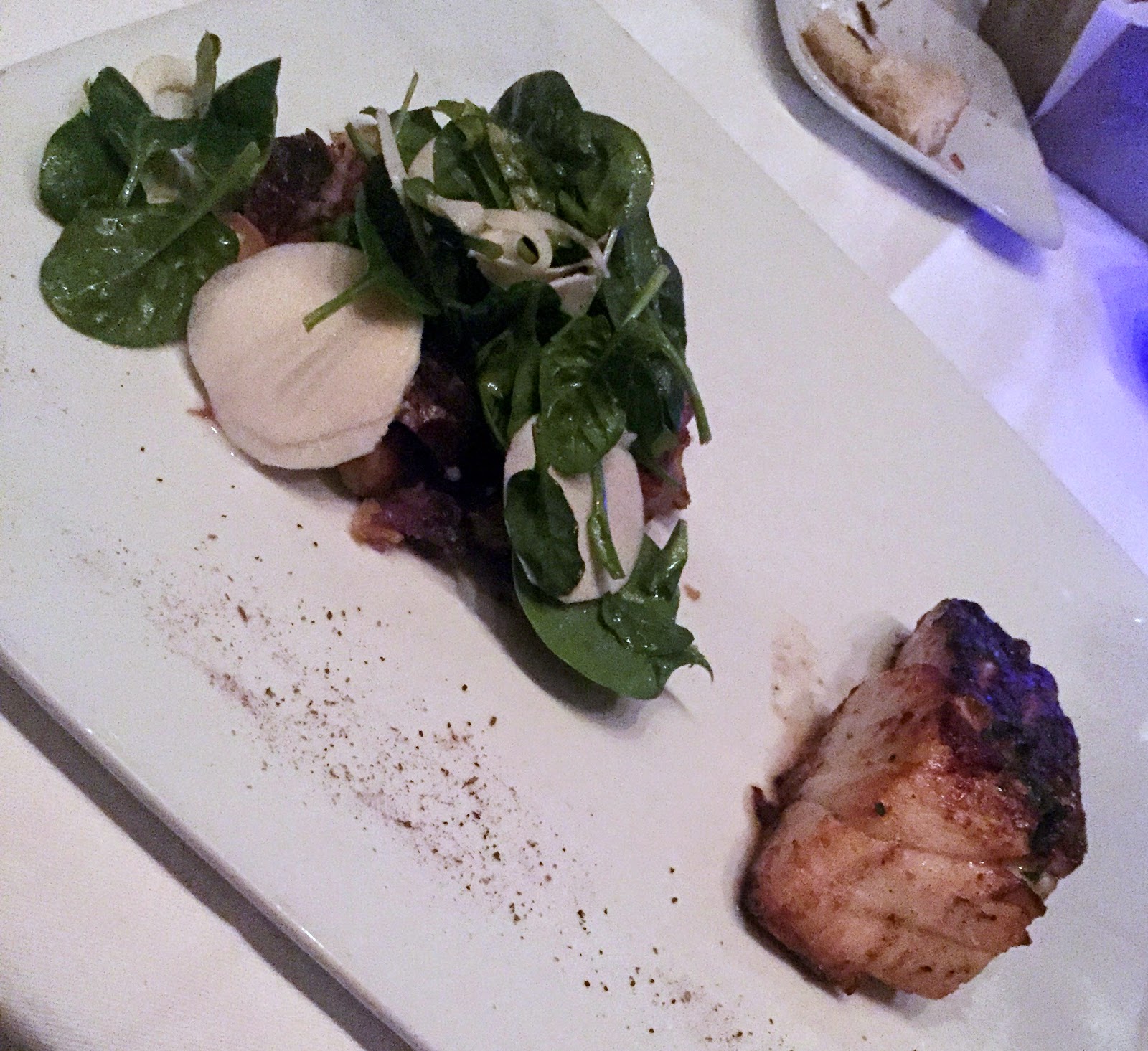 For the main, I chose their Simply Fish selection ($35) which was a choice of 3 fish, grilled and served with a warm crabmeat dijon mustard sauce. This was served with marbled potatoes, vinegar, shaved hearts of palm and…truffle oil. (Oh the dreaded truffle oil.) I just hate it. It stinks and overpowers everything it touches. So the potatoes were basically inedible. 🙁 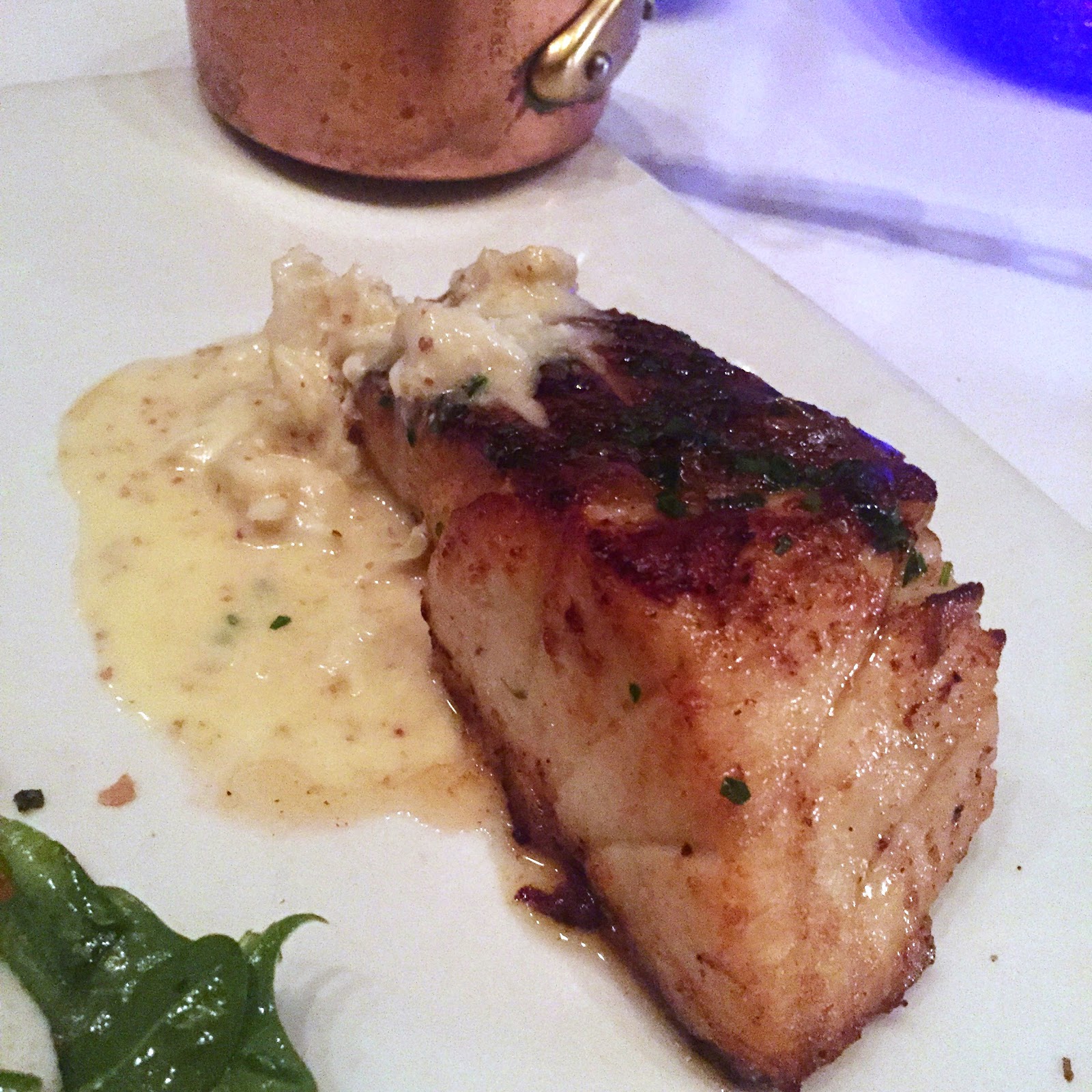 For the fish – I chose the Corvina from Costa Rica. The server was very knowledgeable and said that it was a thick white fish – which I normally like. Unfortunately this tasted like dry turkey breast. You know when you have turkey at Thanksgiving and you get a piece of kinda dry turkey. I really didn’t like it. Ugh – so disappointing. But there was one saving grace… 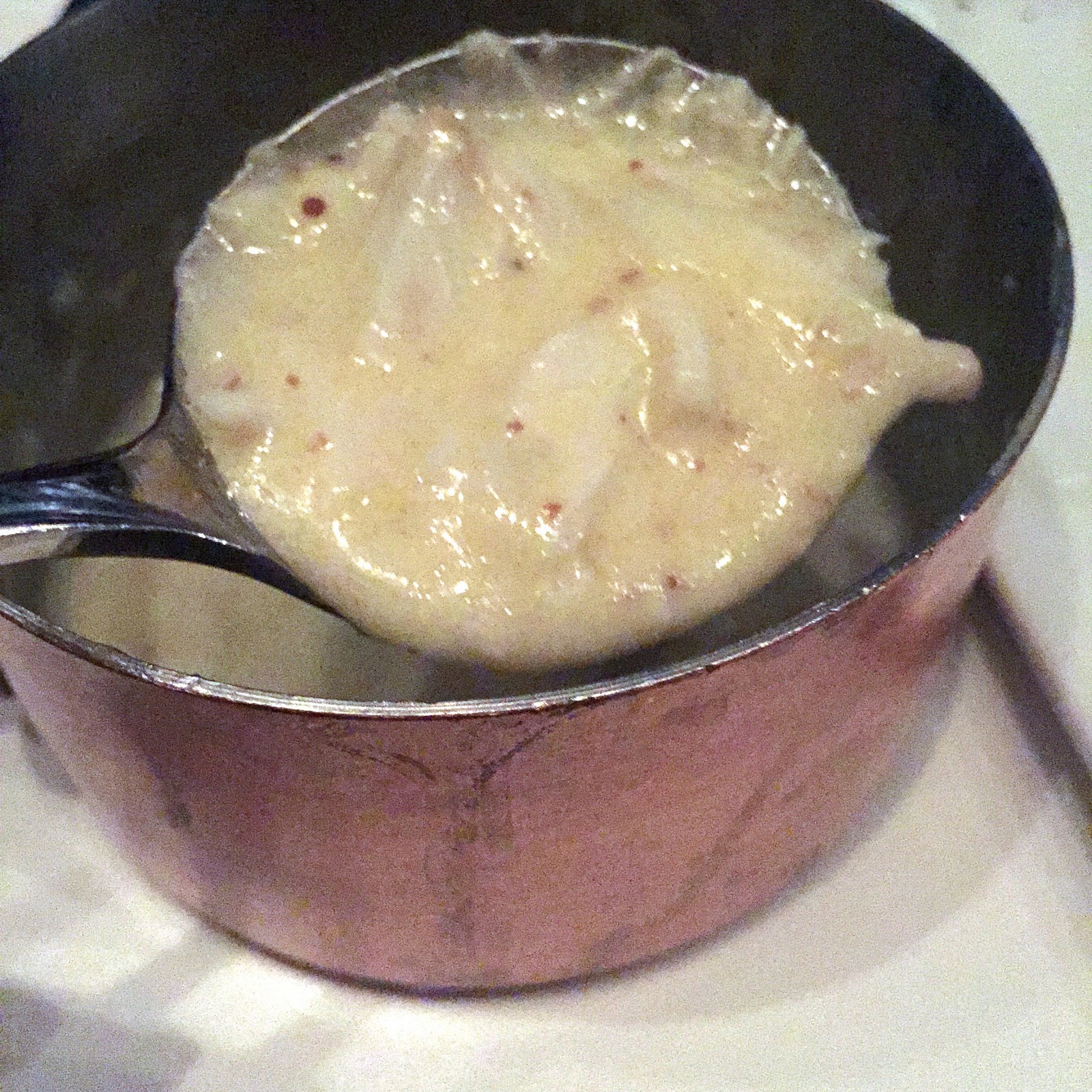 The warm crabmeat with a dijon mustard sauce was delicious! I actually just gave up on the fish and potatoes and just ate this with a spoon. I really wanted to ask for another little mini-pan of it!

I didn’t go for dessert – none of them sounded that good – they all had something I don’t like – rice pudding or caramel or whatever.

Why Should You Go? If you’re staying at the Swan or Dolphin – then it’s fine. But there are so many great places on the properties – I wouldn’t go back.