Let’s put on our thinking caps and remember back to the days of yore. The days when nickel beer night was the highlight of the week – when a pile of quarters on your dresser was a necessity – when black & gold were the primary colors in my wardrobe. That’s right – COLLEGE!

My favorite place during all of college was Pagliai’s Pizza – it’s an institution in Iowa City. The tradition was watching the Homecoming Parade across the street from the Old Capital (the original capital of Iowa – was Iowa City) and then as SOON as the parade got by you – you SPRINTED to Pagliai’s. If you didn’t get there quick enough – you’d be in a line that went out the door and around the block. 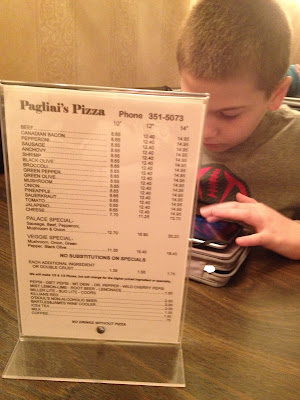 I hadn’t been to Pagliai’s since I moved out of Iowa City which was the year after graduation – so um – a long ass time. The menu is simple – pizza. 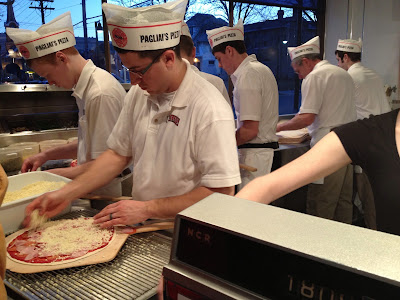 One of my favorite things is that you can watch the guys making the pizza up front. It’s tradition. 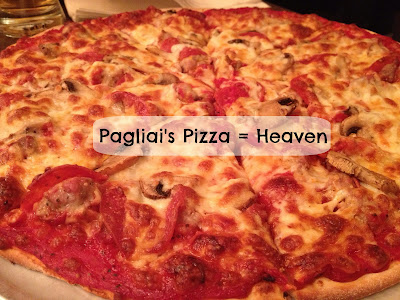 And there it is – the amazingness that is Pagliai’s. If you go – beware – IT’S HOT AS HELL when you get it. Our standby order was 1/2 pepperoni/green pepper and 1/2 sausage/mushroom and of course I had to recreate it. It was just as good as I remembered!
The crust is thin and crispy – the sauce is a bright red tomato sauce – the cheese is browned and a little crispy and the toppings are fresh!
I ate. And ate. And ate. And ATE!
I was practically going from table to table asking strangers for their leftovers. OMG it’s so good! 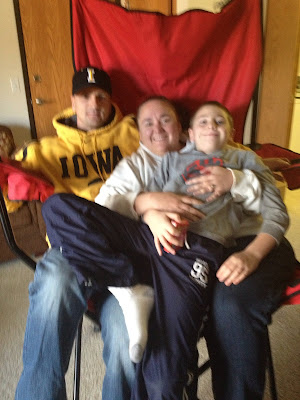 And after pizza – WRESTLING!! LET’S GO HAWKS!!!
It was so much fun to grab some nostalgia – I hadn’t been to a Hawkeye wrestling meet in about the same amount of time (15+ years) and man was it fun! Hearing the fight song and watching the Hawks get about a million takedowns – such fun!
Why Should You Go? If you live in the Cedar Rapids/Iowa City area and haven’t been to Pagliai’s – you might want to get your mental status checked. It’s the best. Go tomorrow – they open at 4.