Some friends and I decided to go to Riverside Korean for lunch a couple of weeks ago – Riverside holds such a special place for me – I’m approaching my ten year anniversary in Cincinnati and Riverside was the FIRST restaurant I went to in the city. Who knew that ten years later I would be publishing my 1000th blog post about them?! 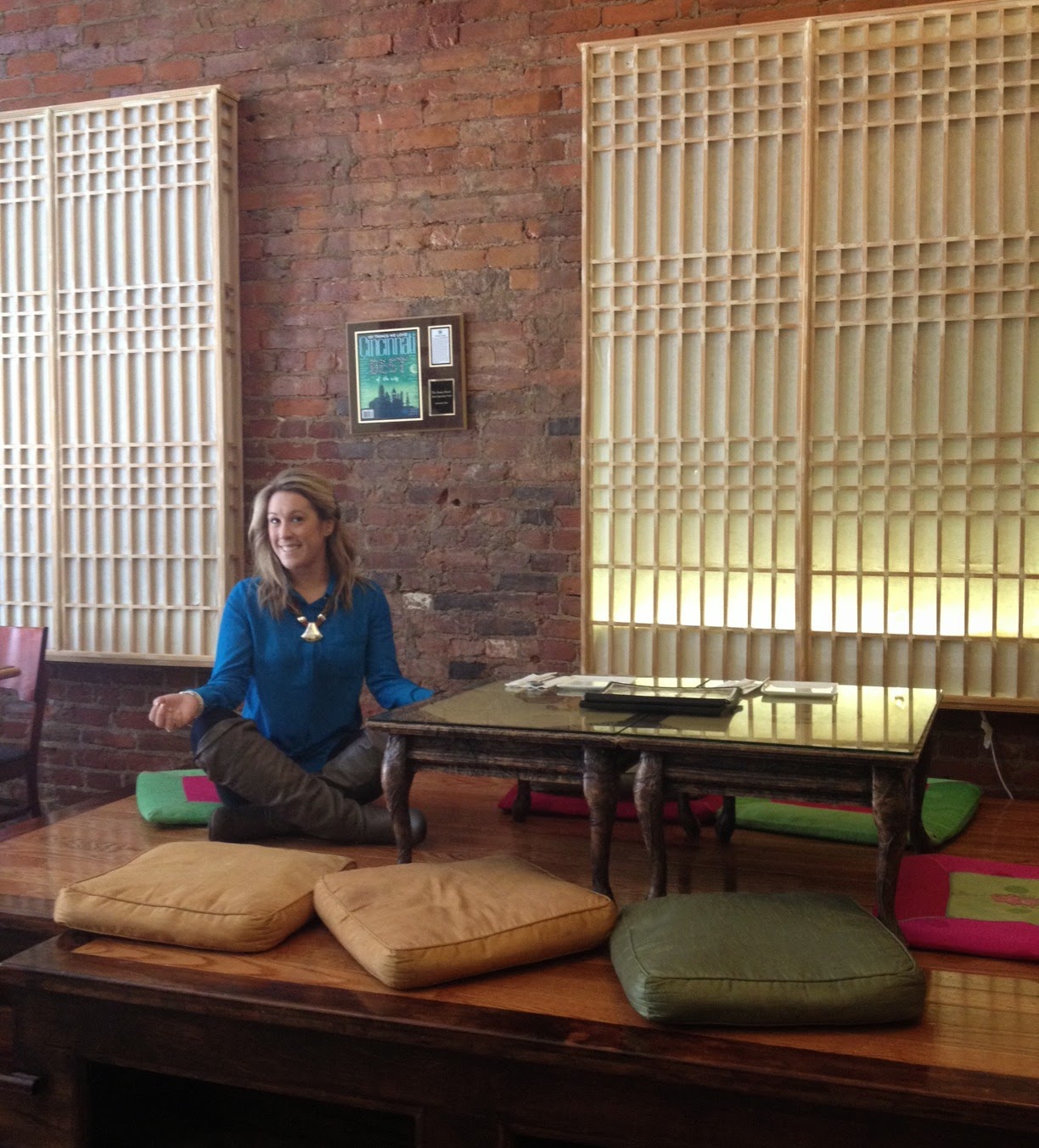 Here’s my Annabelle! I love this picture of her – she’s so zen. At Riverside you can sit at conventional tables or sit on the floor. We chose conventional but Anne wanted to demonstrate the floor seating for all of you. 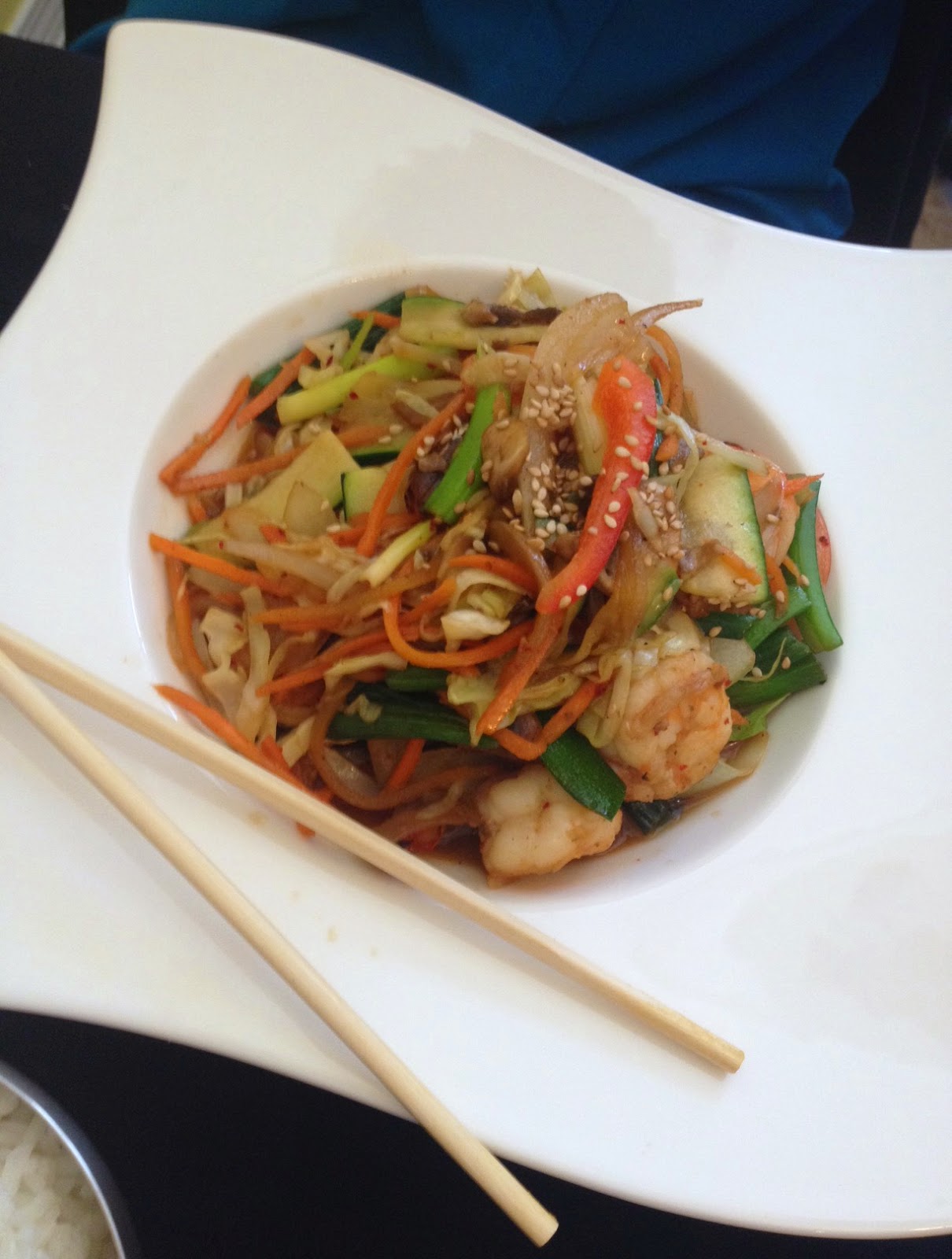 I think Anne got the Mae Un Sae Woo Bok Um – basically stir fried shrimp & veggies. She really enjoyed it – she wanted something light but wasn’t too familiar with Korean food. She gave this two thumbs up! 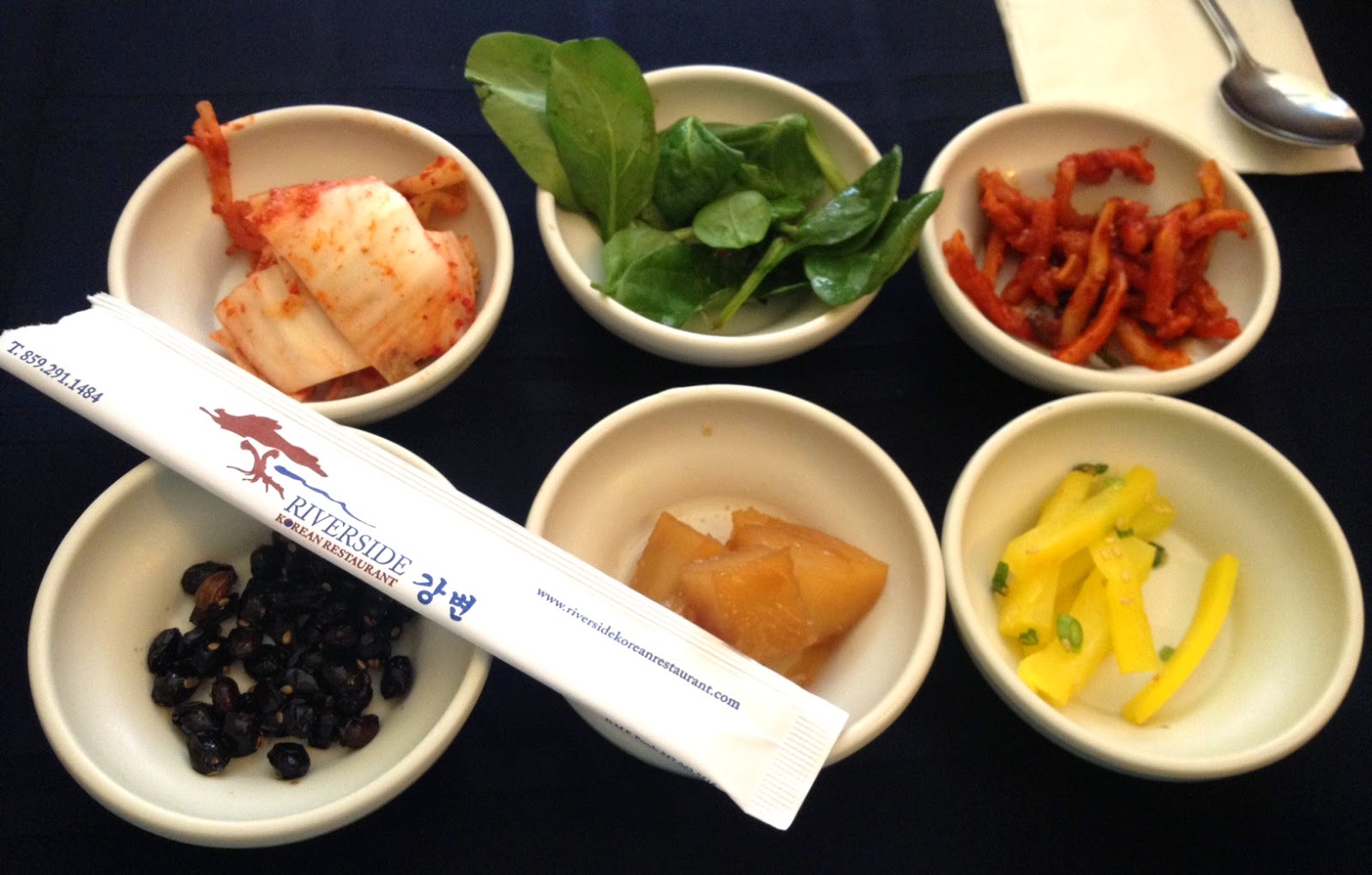 They brought out these tiny bowls of things to add ranging from kimchee to daikon radish. The kimchee is definitely something to enjoy – the star though is the bottom middle. Those are potatoes! But they’re super sweet! Like mapley boiled potatoes – I don’t know what they are – other than DELICIOUS! 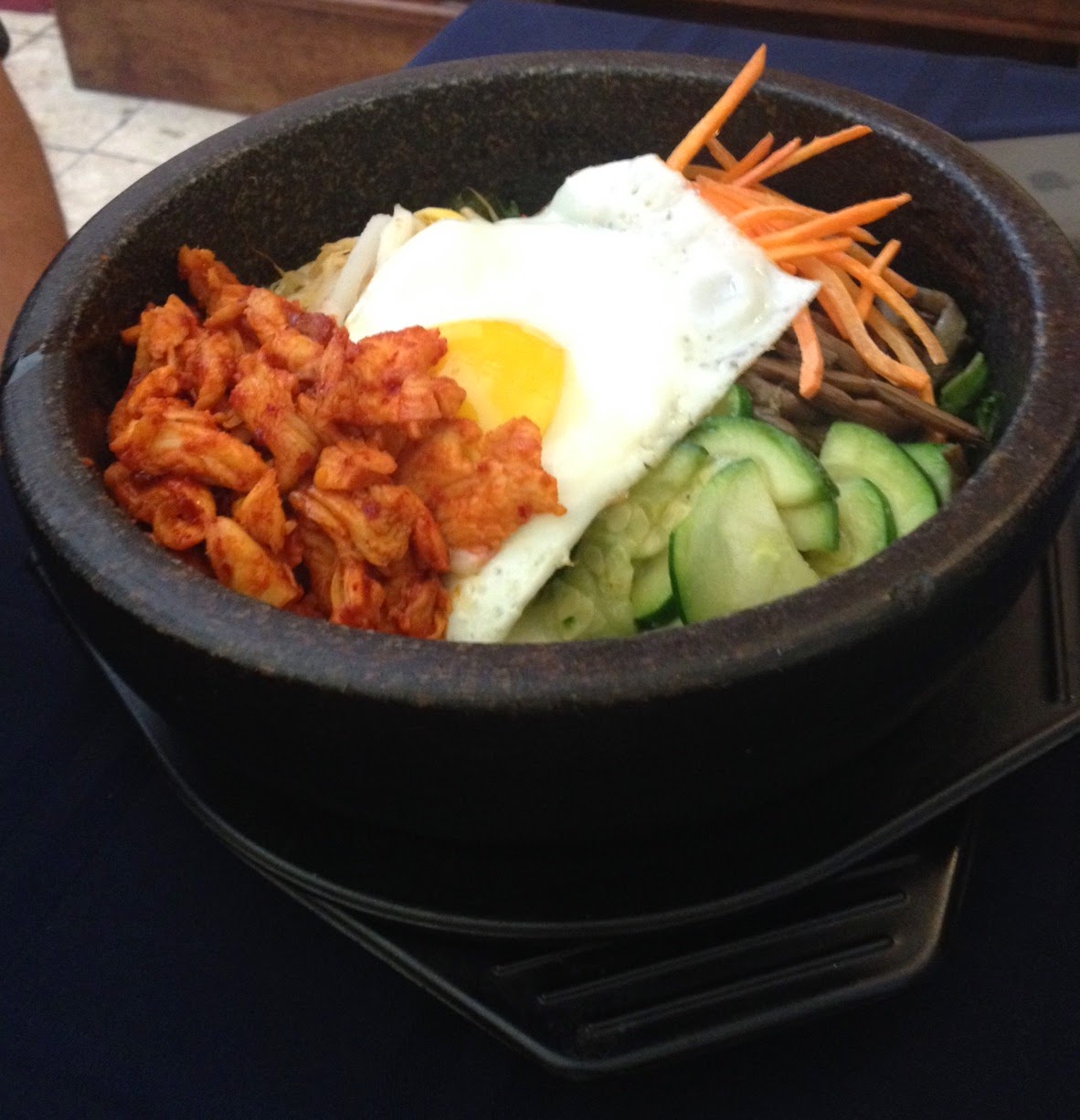 Matt & I got Dol Sot Bi Bim Bap – that’s a big name for awesome stuff in a hot ass stone bowl. He got chicken (shown) and I got the traditional beef. They mix it for you at the table as well – so the egg gets all scrambled because it’s so hot. The rice at the bottom gets all crispy because that stone bowl is so hot. Then you throw in some sriracha to spice it up!
This is a great introductory Korean dish and it’s just damn tasty! If you haven’t tried Korean – this is what to start with.
Why Should You Go? I love to try Bi Bim Bap at different places – my favorite is still Sunny Deli in the Carew Tower. But for the Dol Sot (hot stone bowl) – this is the place. Most people think it’s the best Korean in the tri-state – so if you’re wanting to try Korean – come here first.