Hubby and I are big fans of American Pickers on History Channel and have decided we want to start checking out estate sales. We know we have no idea what we’re doing but it’s a fun way to spend a couple hours on a Saturday. 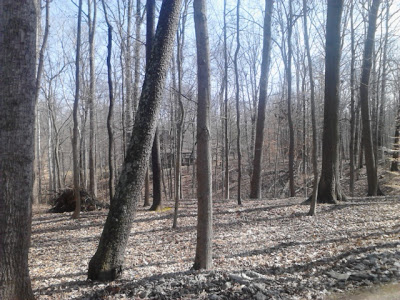 So off we head to Petersburg, KY – this house is out in this wooded community – there’s a lake and it’s really pretty! 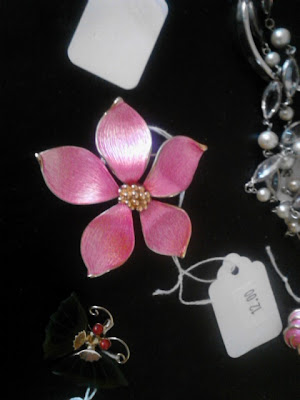 I need to get gutsier and just ask if they’ll make deals – I found out after I left that they were dealing all over the place. Argh! I love that pin! 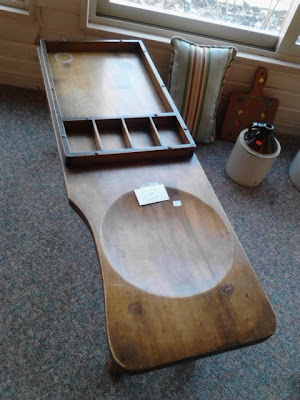 Then we came across this Gustav Stickley table – it was priced at $350 – too rich for our blood. They were dealing though – so maybe we could have gotten it for a deal. I wouldn’t have known what it was and am curious about the use for the table. Anybody know what the use for this table is? Obviously it’s something specific with the tray area and bowl area. 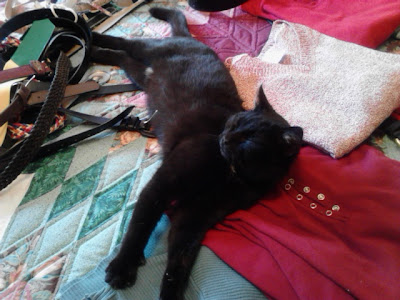 Upstairs we found A KITTY!!!! Turns out it’s the neighbor’s kitty but it was pretty humorous how comfortable kitty was in the house. He was splayed out on the bed like he owned the joint!!!! 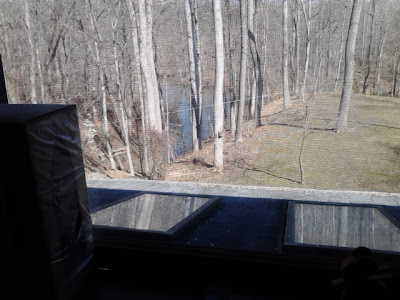 I would love to wake up to this view every morning!!!! 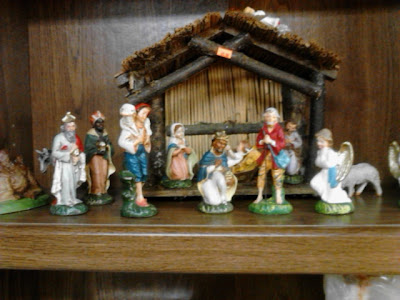 This was a unique find to me at the sale because my mom made me one almost identical as a kid and it’s in my kitchen right now. I think they had the same molds! (Which is odd – since we lived in Iowa when she made it.) 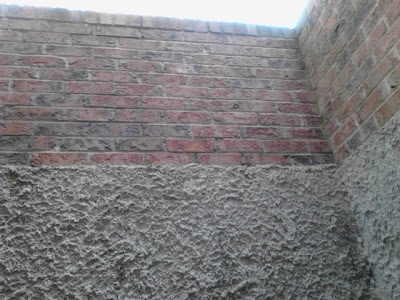 Then my husband ended up helping this older couple disassemble and carry an industrial/professional treadmill up a tight stairwell. So this was my view for an hour – but it’s okay – we met a wonderful couple and ended up making friends!

It’s a bit scary – I’m turning into my mother! I go to an estate sale and end up bonding with a couple (older than my parents) and exchanged info. WTF? But it’s okay – they were really sweet!

I also have to say – I really love my husband for things like this. He saw these folks struggling and in a really impossible situation and without hesitation – stopped everything and jumped in with both feet to help. More people should be like this! 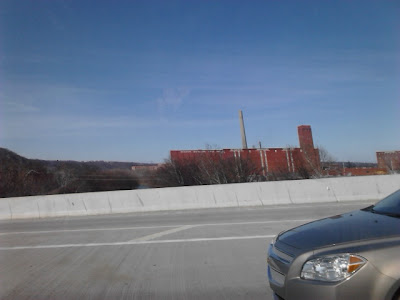 After the estate sale – we were STARVING! We meant to get breakfast first but didn’t and then the treadmill happened – so by this time – Larry was beat and we were both starving! We look up “food” in the GPS and it tells us a place is 4 miles away – turns out it’s was 25 miles away!!! Oh well…we headed to Aurora, IN for lunch.

Passed by the Seagrams Distillery – there since 1857! 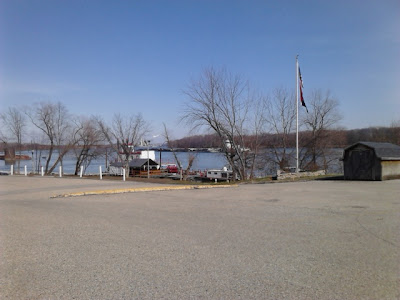 Then we finally arrived at Applewood by the River – there was only one boat and one barge on the river – but it was so wonderful outside – 50 degrees in February!!! 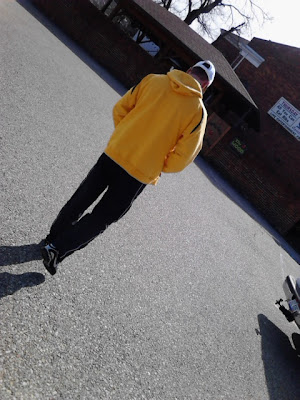 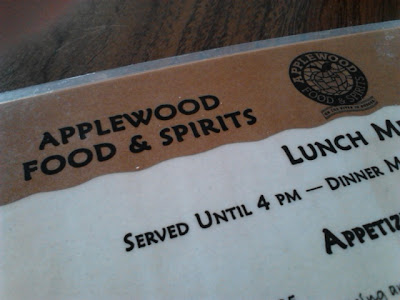 Applewood has some grama decor for sure but the smell is delicious as soon as you walk in – I was already starving – the smell had me drooling!!! Most of the tables have a view of the river and there’s a huge patio outside for the summer. We’ll definitely be back. 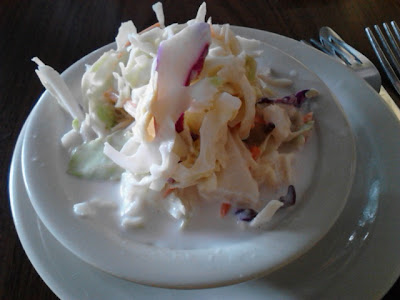 I went for the Ribs, Fries & Slaw ($8.75) and started with the slaw. Larry questioned me immediately because he thought I didn’t like cole slaw – but there I was DEVOURING this stuff.

So here’s the thing – I’m extremely picky on slaw – aren’t you? It’s either too vinegar-y or too thick or just something. It’s rare to find EXCELLENT slaw. This stuff was PERFECTION!!! It was creamy but kind of runny and had a really great flavor. 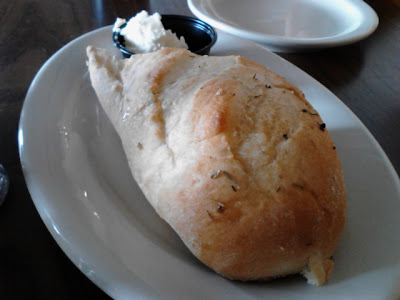 Next was some fresh, hot bread. I saw Apple Walnut Bread ($3.50) on the menu – and thought about getting some – but we got this bread free so I decided to just be happy with this.

It was also delicious! Crispy outside, super soft inside, baked with butter and garlic already on it and served with soft butter. This was excellent bread! Larry usually skips the bread and this time – I only got one slice! 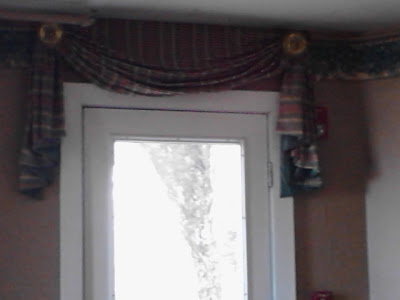 The decor though – pure Grama! I always think WWGS: What Would Gordon Say? I am a big fan of the British version of Kitchen Nightmares (the American version blows goats) and Gordon tears the decors of these restaurants up! Applewood could use a remodel for sure! 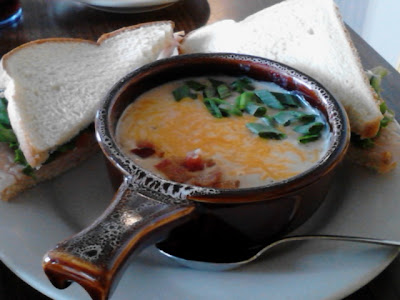 Larry got the soup & sandwich ($8.50) – this is a “chef’s choice” type of item and today it was turkey & provolone with loaded baked potato soup. And I’m going on record with a big statement:

THIS IS THE BEST BAKED POTATO SOUP I HAVE EVER EATEN!

It was creamy but brothy – if that makes sense. You know – most of the time it’s an uber-thick white soup or it’s brothy. This was the perfect combo. The potato pieces were small and there was just so much flavor. Seasonings, bacon, broth, potato, creamy deliciousness.

One of the managers came in and I was complimenting him on the soup and he said it was supposed to last a couple of weeks and it’s only lasted a couple of days. Now I have to say – hearing that a restaurant would make soup that’s supposed to last two weeks – um – ew?! But thankfully – this was so good it wasn’t lasting more than the weekend!

Oh and yeah – Larry ordered it but of course he let me try some – and by try some I mean let me eat half of it. 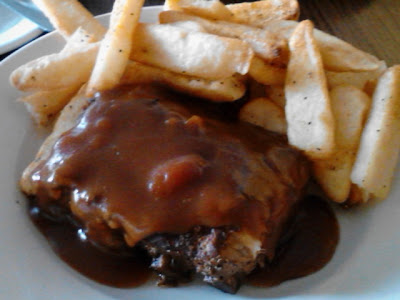 Here’s the rest of my ribs, fries and slaw. The fries were heavily seasoned and I liked them. They were salty but and had that orangish fry seasoning.
The ribs fell off the bone for sure and the pork was juicy and tasty. The sauce was really interesting – not sure I liked it or didn’t. It was more like a gravy – it was thick and not sweet or spicy. Just not like any BBQ sauce I’ve had. I liked them but I wouldn’t say I loved them. 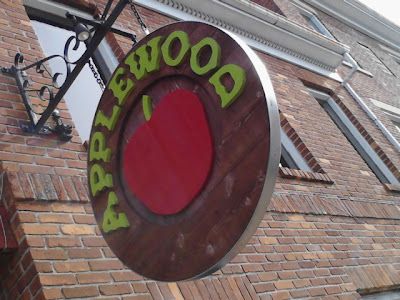 Why Should You Go? The food at Applewood was really great – sometimes places like this are really just good for the view but this one has great food to back it up. I can’t wait to go back!

Previous Post: « It’s not the Olive Garden…but we had to make do.
Next Post: Recipe: Chocolate Peanut Butter Cereal Bars »