Larry and I were looking for something free to do this weekend and came across the Banana Split Festival in Wilmington. Sounds like a plan – especially with the beautiful weather we had on Saturday! 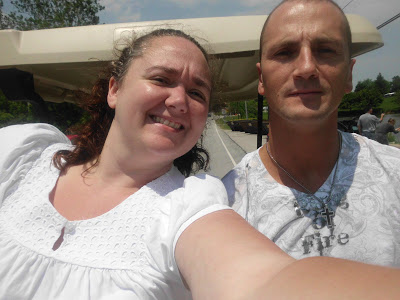 Parking was free and so was the event. They even had golf carts there to take us from the parking lot to the festival. Here we are zipping around with our own personal driver – this is the way to travel! 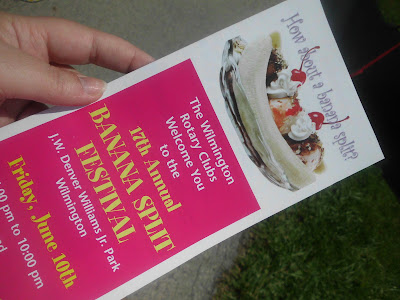 They asked for a $1 donation per person and we gladly obliged. There were vendors, kids games, music, food and a classic car show. Plus it was all taking place in a nice park with a pond and lots of ducks & geese! 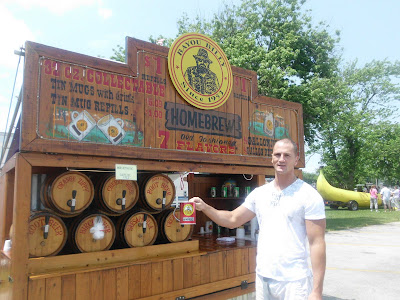 We found a home brew stand for root beer, ginger beer and others. We even came away with a take-home tin mug ($6 – $1 refills any time you see their booth – but like I’m going to carry it to every festival?!). The mug was pretty cool – even though the refill thing is dumb. The root beer is not carbonated so it’s a little funky – but it’s okay. Not as good as Root Beer Stand in Sharonville. 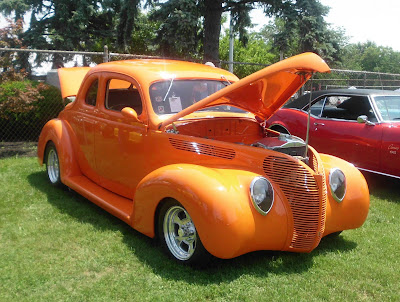 Here’s a hot ride – I was totally jealous of this car! Man – what a cool freakin ride?! 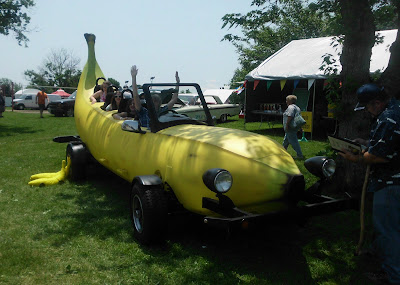 And then because it’s the banana split festival – they had to have a banana car! I would love to tool around in this thing! Who wouldn’t?! 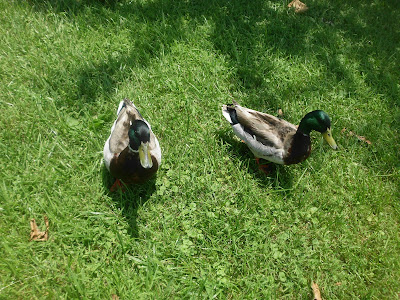 We also met some very brave ducks – these guys just walked right up to me. I wish I had kept some of the bun from Larry’s steak burger to give these poor little hungry duck ducks! 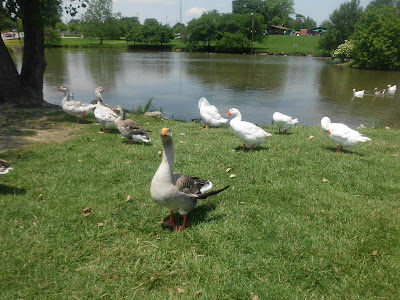 And then we found the geese – this bad boy was LOUD! Larry dared me to get closer but I knew better – he would have kicked my butt!

Oddly enough – we never had a banana split! I hate bananas and Larry wasn’t in the mood for scoop ice cream – he wanted soft serve.

But all in all – it was a fun time. It’s a very family-friendly event – which is nice. There was one booth that was selling the steak burger Larry tried as well as these grilled pork chops. Let me say – I’m planning on saving room for the pork chop at next year’s festival. It looked SO GOOD! 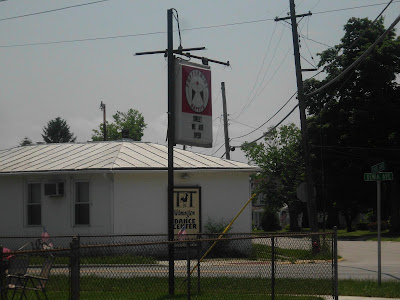 We were hungry for ice cream though – it was warm (got some sun too). As we drove through Wilmington we came across Peppermint Patti’s.  I’m sure this place is packed on any other hot Saturday but it was dead with the Festival going on nearby. 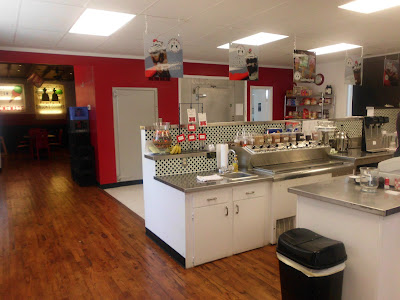 Lucky for us, the owner came in and let us know that the ice cream is egg-free! It’s a very cute place and they have new flavors on a regular basis. There’s even a wall to write flavors that you want them to bring back. I saw someone wrote German Chocolate Cake and I started to drool! 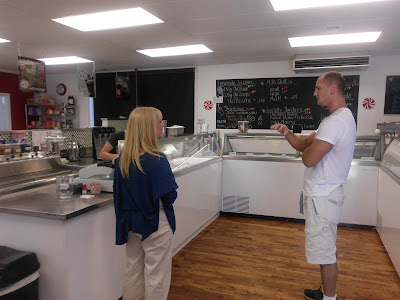 Larry and who I’m guessing might be Patti discussing the eggs – her husband is allergic as well. 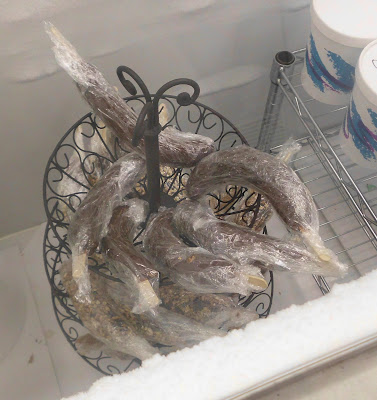 They also had frozen chocolate-dipped bananas…I’ve heard these are good – but again – with my anti-banana stance I don’t think I’ll be trying one. Although – my problem with bananas is the texture – maybe the freezing changes that? 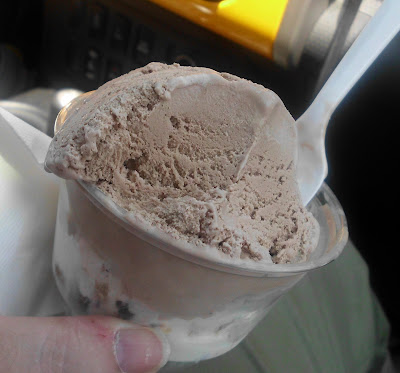 I got a dip of chocolate and a dip of cookie dough. The ice cream was great – very creamy. The chocolate wasn’t very chocolatey – I should have gone for the double dark chocolate. They also have the Graeter-ish flavors of coconut chip and black raspberry chip. There were so many to choose from – I had a hard time choosing – that’s for sure.

Why Should You Go? It’s a really great creamy ice cream – who can pass that up!