We recently did a Staycation with our 17 year old niece and since she had been away from Cincinnati for 10 years – we decided to re-introduce her to everything the city has to offer. So the rest of this week will be dedicated to our Staycation and in-town Road Trip adventures.
First up was BB Riverboats – they provided us a tickets on their Christian Moerlein Beer & BBQ Cruise. 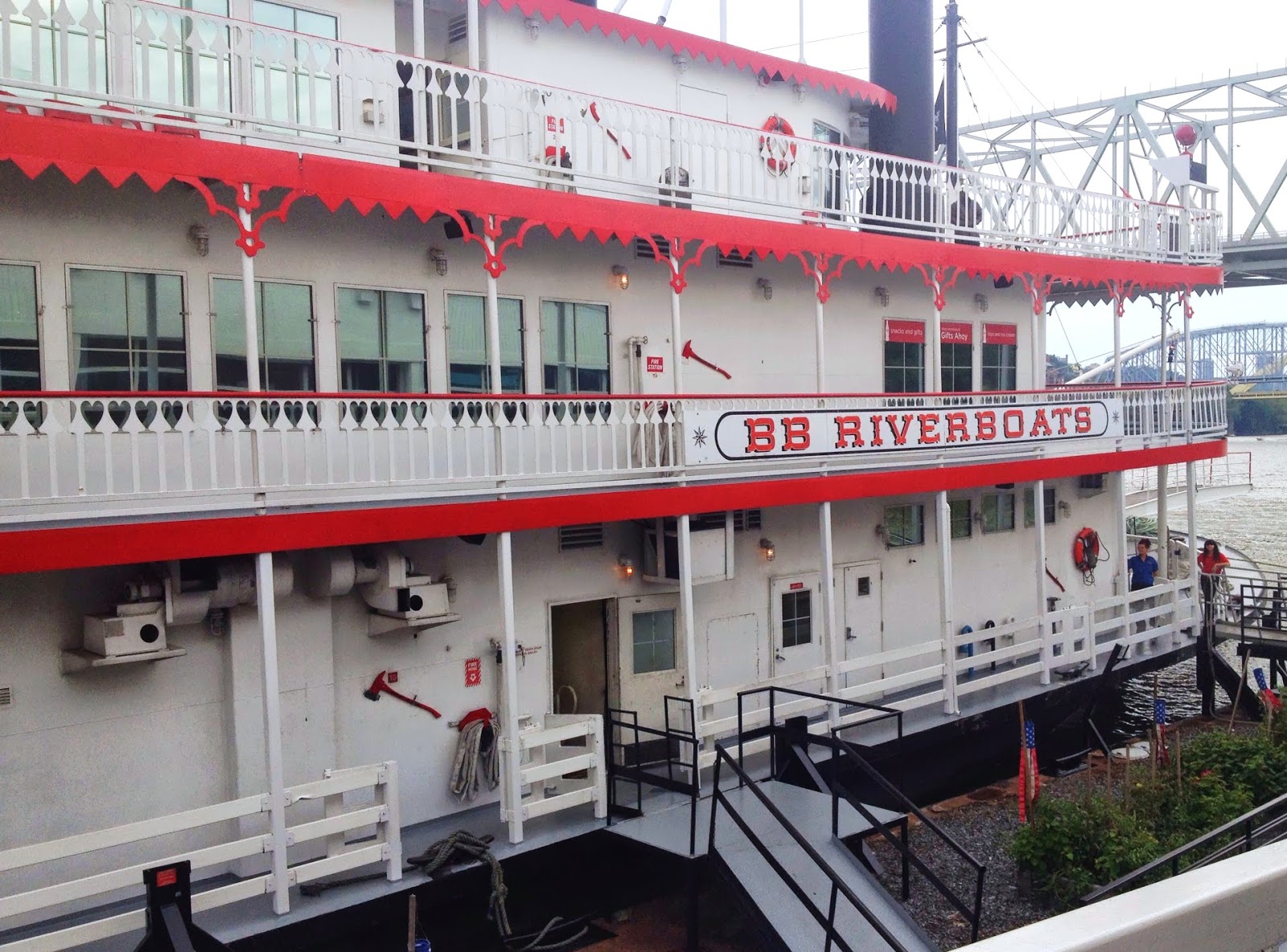 The boat takes off from Riverboat Row next to Newport on the Levee. Boarding starts at 630 – we didn’t arrive until 715 – parking was a bit sketchy at that point but we had plenty of time to get on board.

It’s a really nice boat – there are three levels. You can go to the bar and get a drink and walk around before the ship takes off. 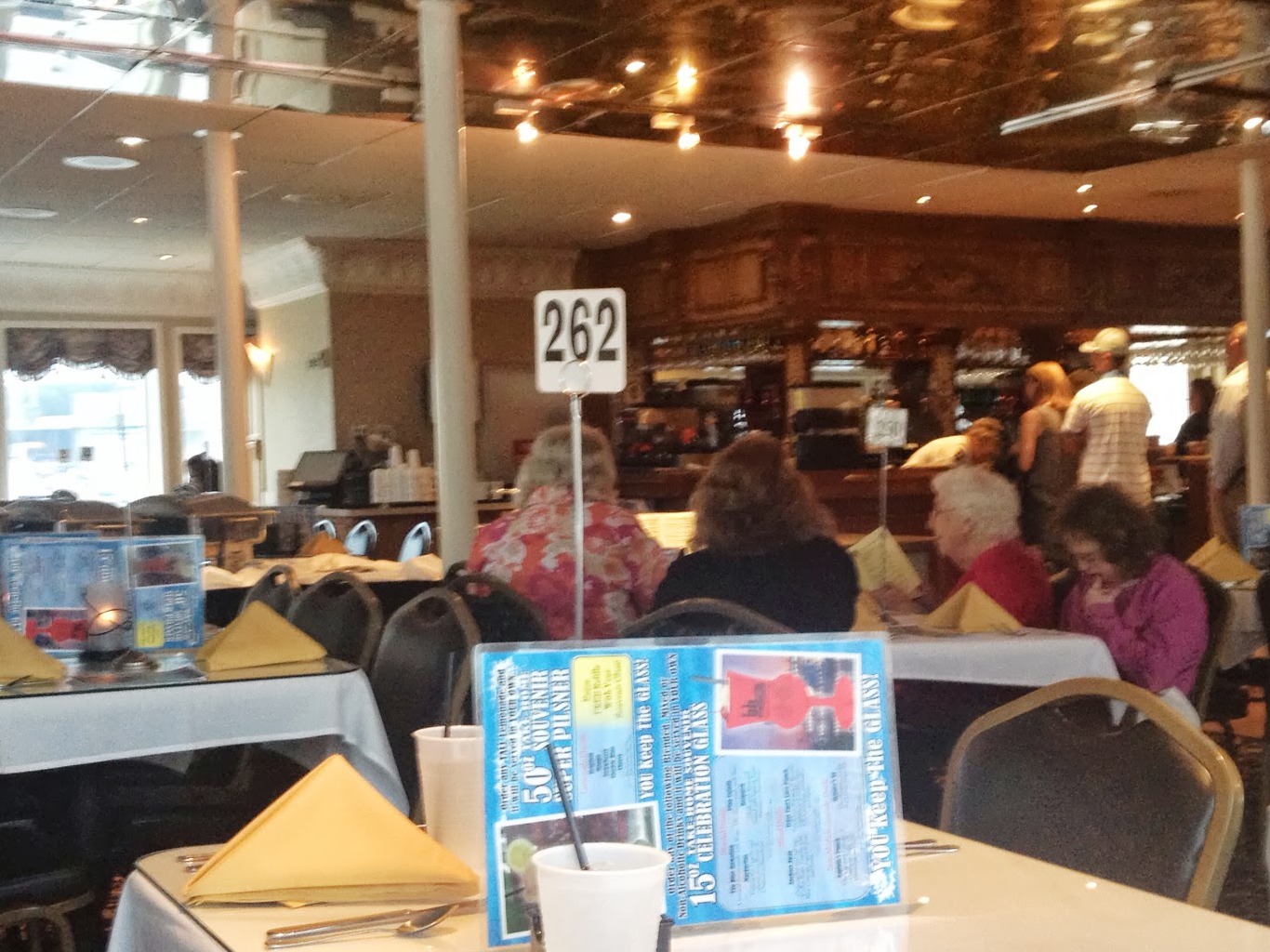 We went in and found our table – just so we knew where we were landing for dinner. They have dining on two floors. If you’re only a party of 2 – you’ll likely be sitting next to strangers – just fyi. Larger parties have their own tables. 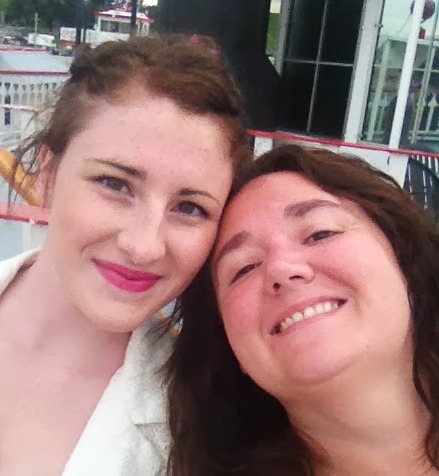 Before we took off – we were on the top just enjoying the weather and snapping a few pics. Here I am with our niece – you’ll get familiar with her this week. Isn’t she a doll?! Love her! 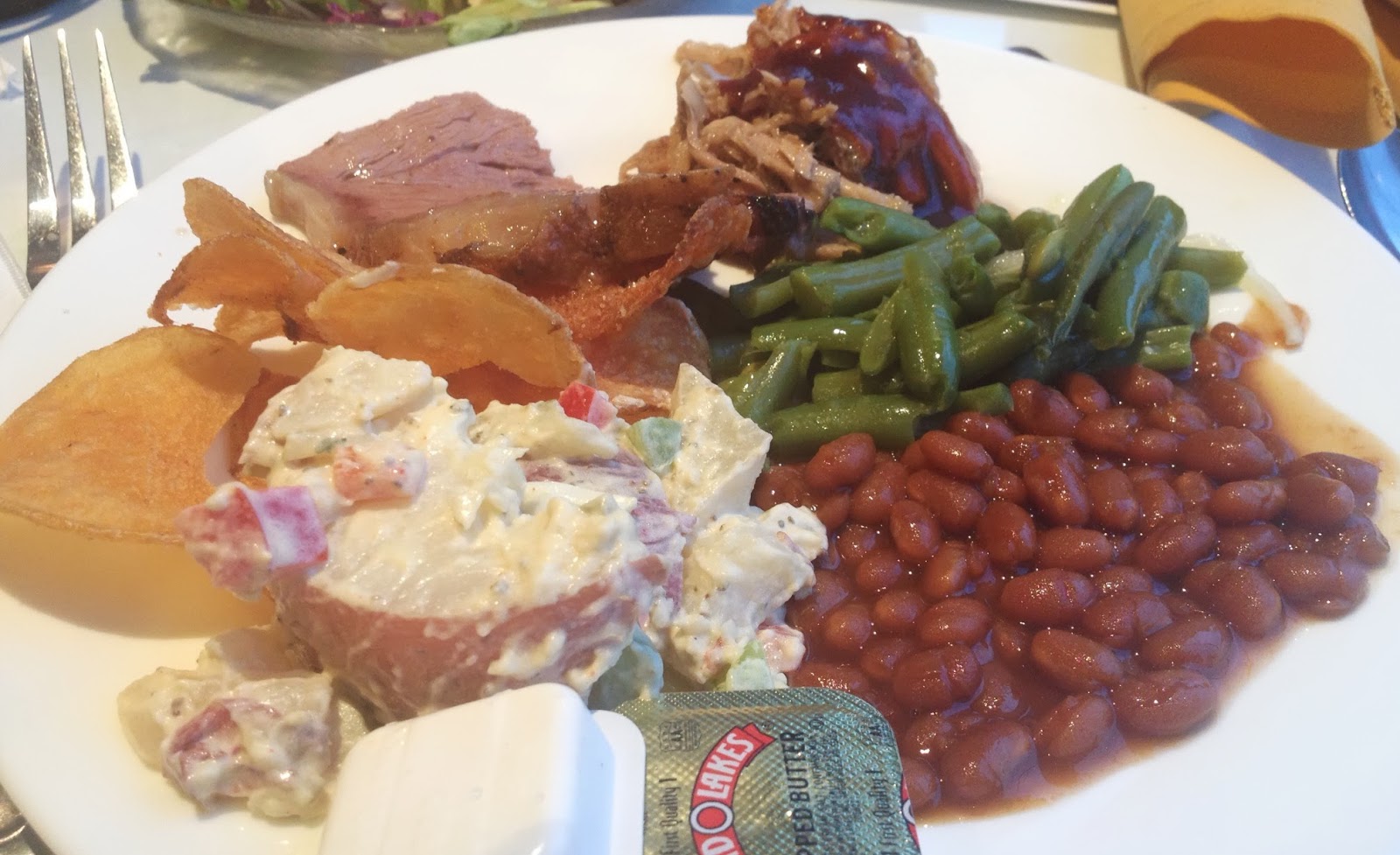 Dinner consisted of 4 Christian Moerlein beer tastings and a BBQ buffet. They had a wide variety of salads and sides and then shredded pork, brisket, chicken and roast beef. Everything at dinner was good – but there were standouts. The shredded pork was really tender and moist and the baked beans were fantastic! They were really dark and rich – I absolutely loved these beans! I was eating those with saratoga chips all night!

For the Moerlein tasting – we had four beer selections and a 4 oz glass to take home with us! That was a really nice keepsake for the trip. The beers were tasty and we were given explanations about each style.

That said – as a food blogger – I want to say – is it an “amazing outstanding best meal in the city”? No. But for a buffet that has to serve a few hundred people – we enjoyed it. And some of the dishes were REALLY good (I’d love to have that baked bean recipe.) 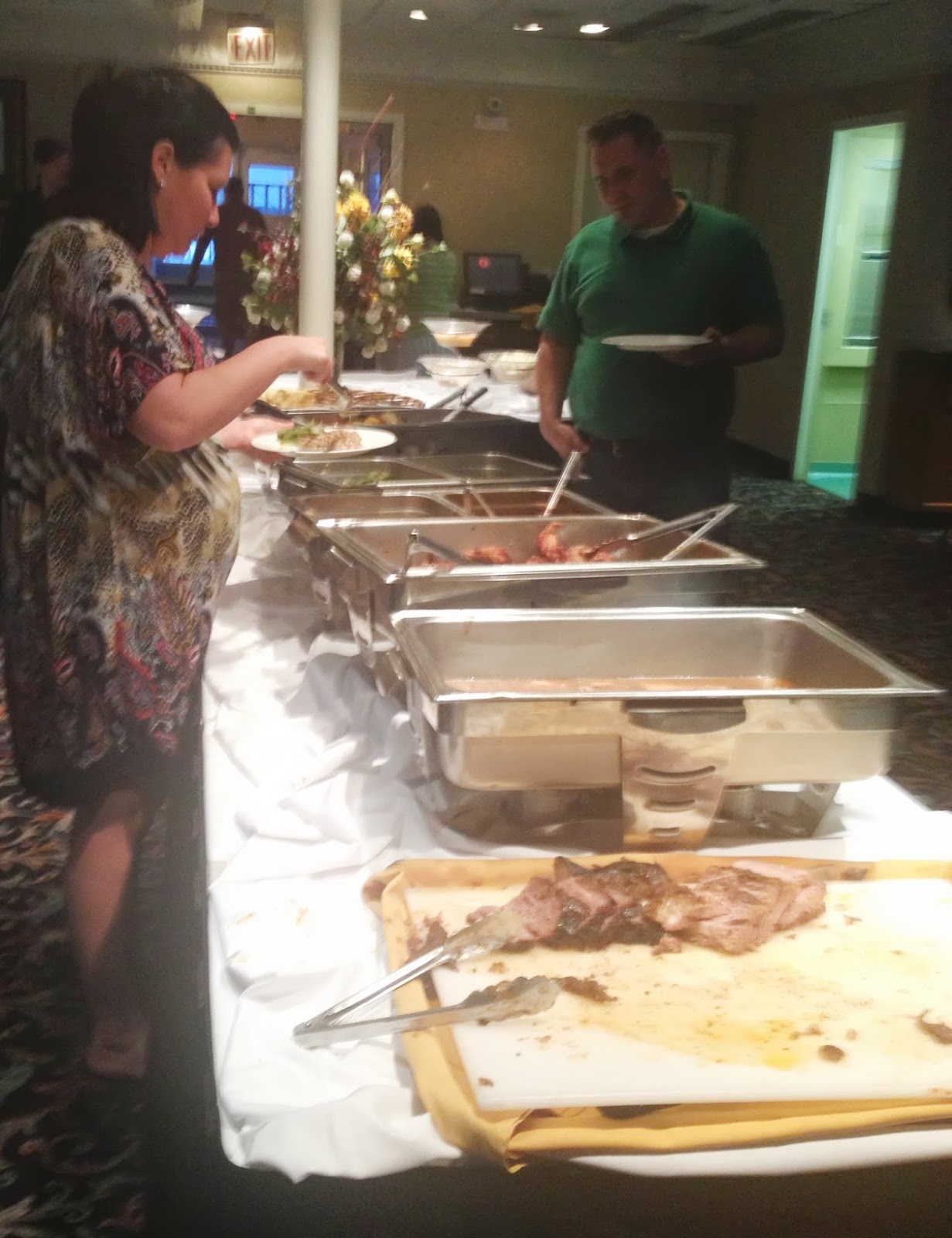 You’re called up to the buffet by table and then after an hour or so they combine the buffets into one. By that point – we were done with dinner and went back up top to enjoy the cruise. The food was really good though – we all enjoyed it. I will say – the seating is a little tight though. 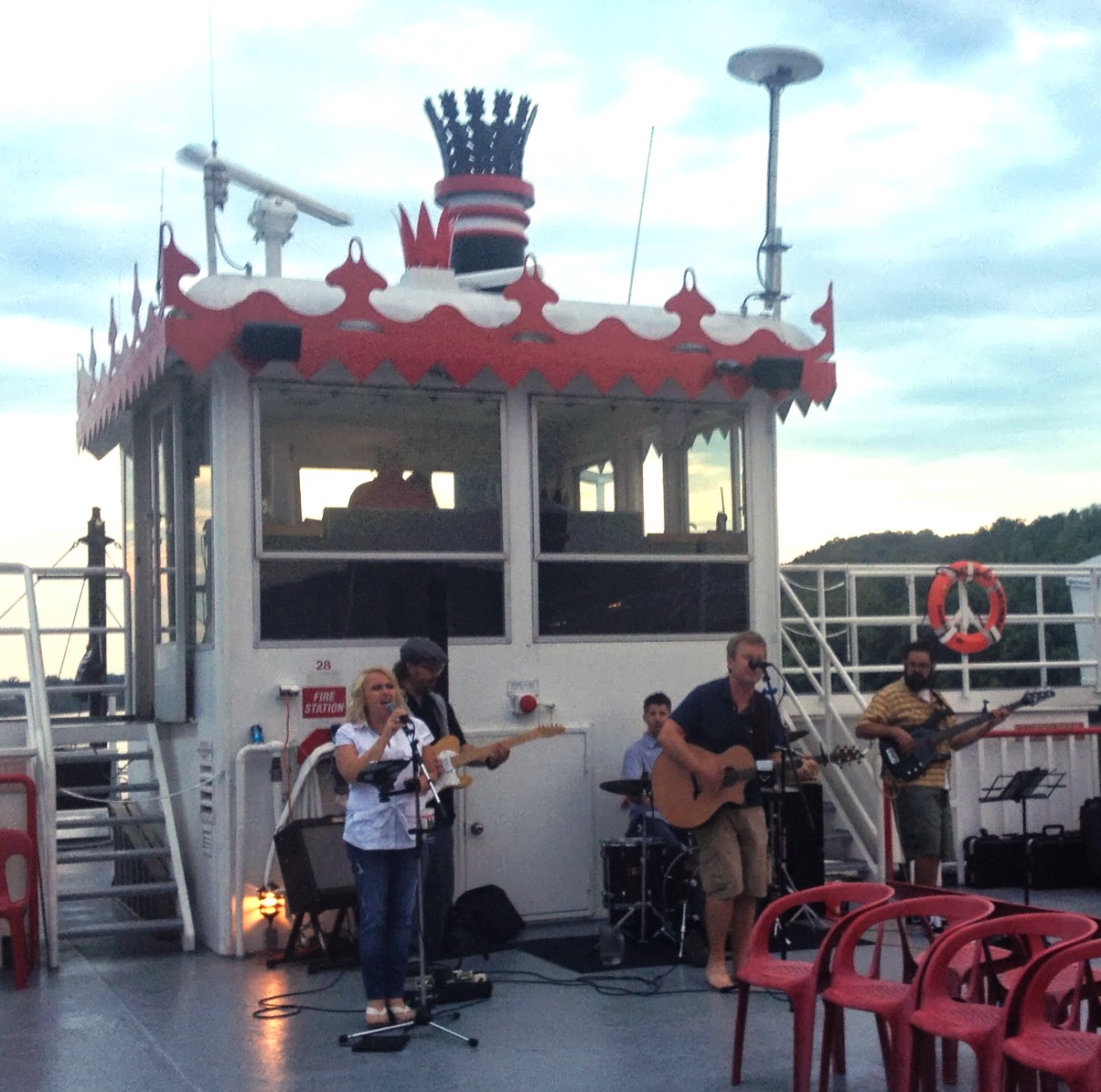 On the top deck there was a band playing right near the captain’s area. It was early so they were just gearing up but it was enjoyable. 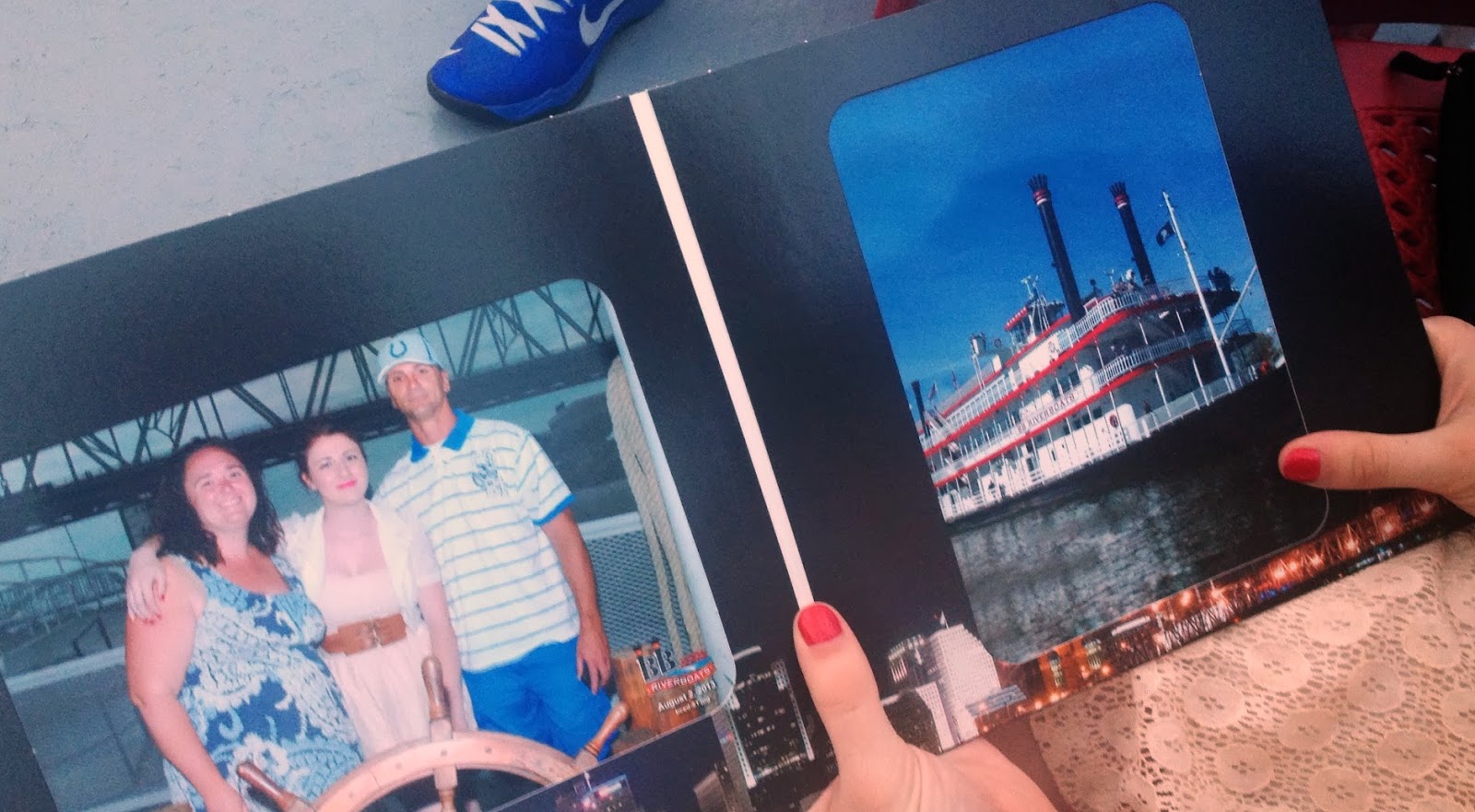 When we got on the boat they had taken the obligatory photo of us. We purchased so that our niece could have some keepsakes to take back home with her. It was a good picture of us too ($20). 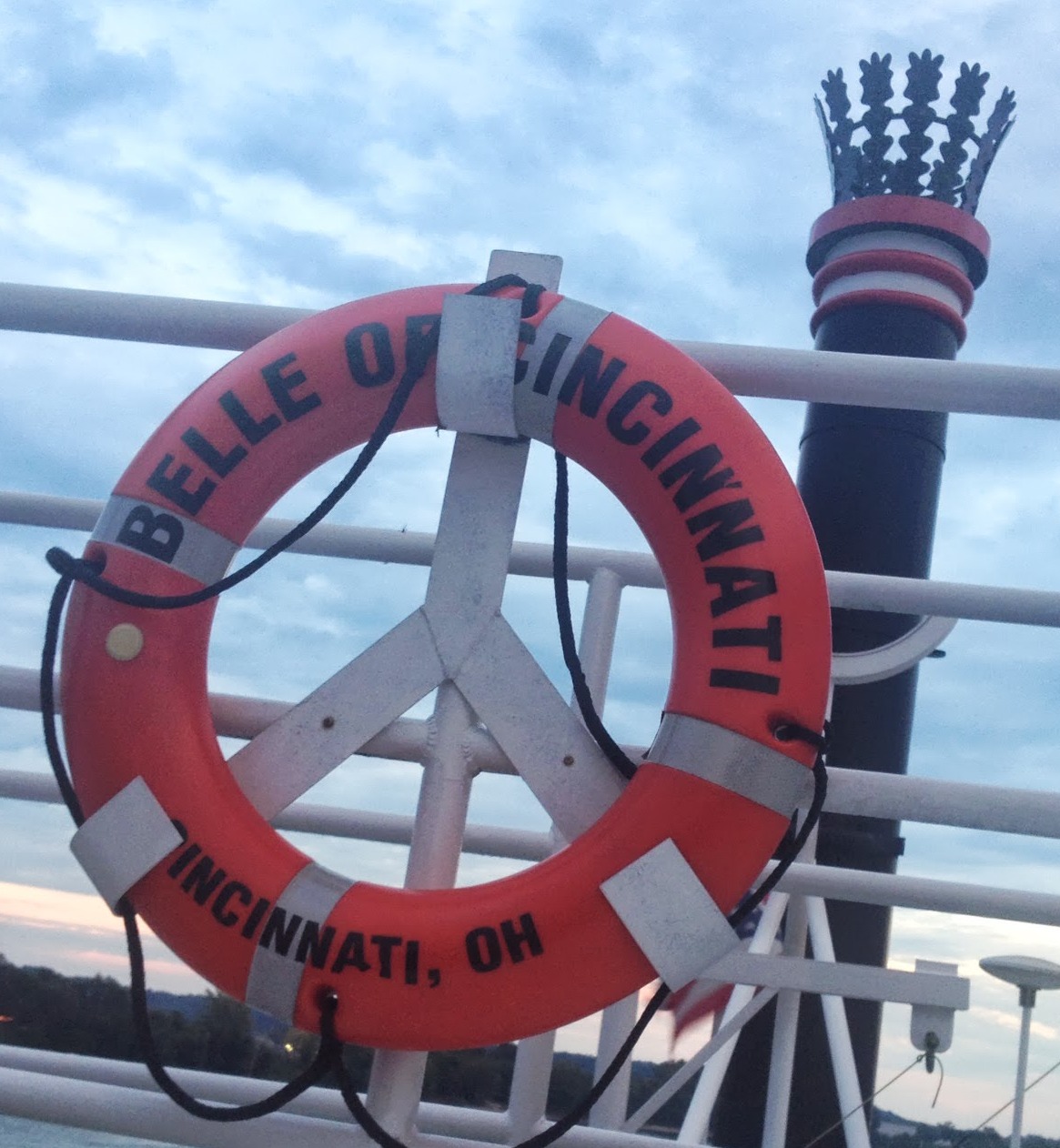 We were riding the Belle of Cincinnati – which was built in 1991. Oddly enough – it was originally the Emerald Lady Casino from Burlington, Iowa! It holds 15,000 gallons of fuel and 8,000 gallons of water! That’s a big ol’ boat! 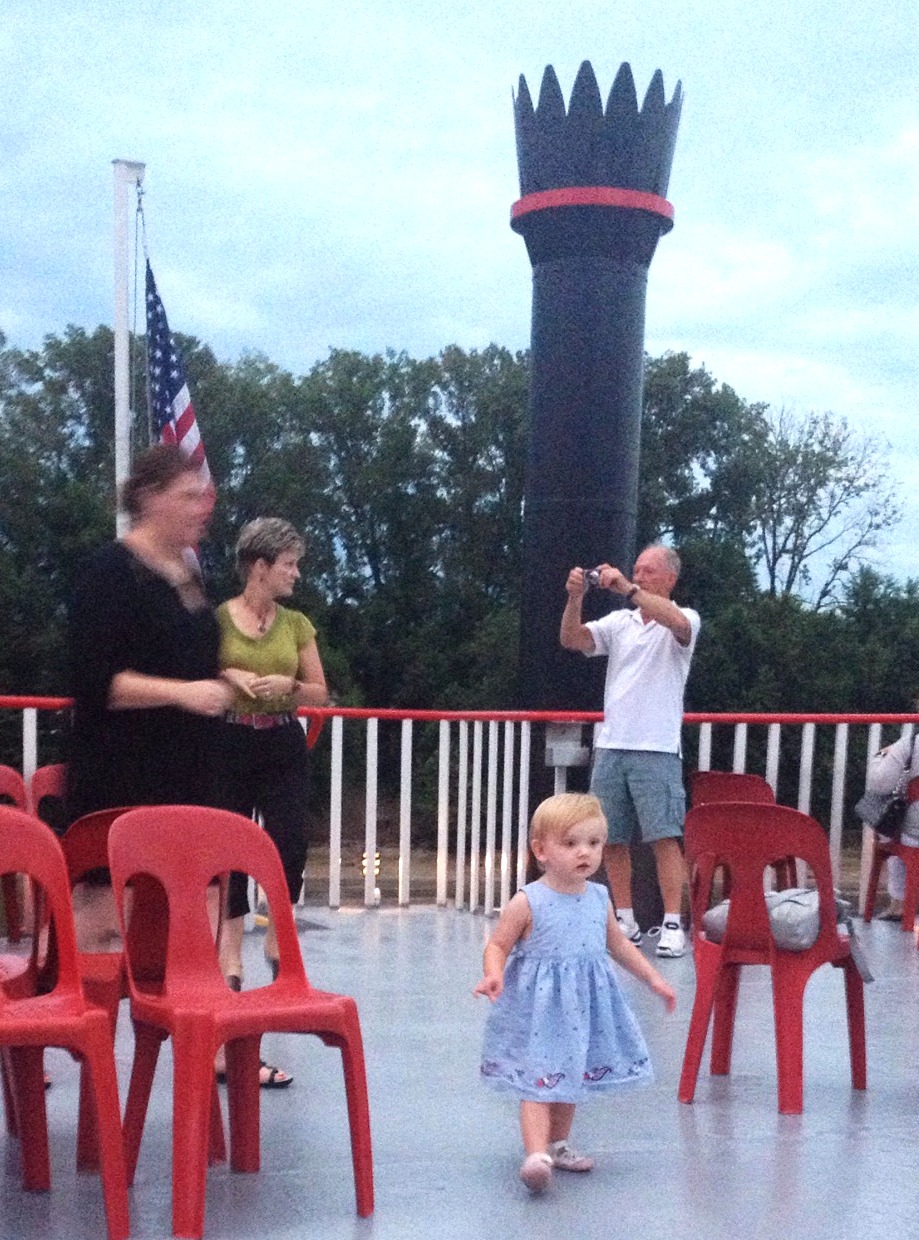 There were folks young and old on the cruise – although more old. This little lady was enjoying the music and dancing away. I would say we were on the young side for the cruise. We saw a handful of folks in their 20/30s but most of the cruise was probably 50+.

I have no idea how I made an animated gif – but I was looking through my pics and there it was – so I had to share it! haha

You head towards Coney Island for the first hour or so – then turn around and come back. It’s nice though because you’re coming back to the lights of the city once it’s dark.  The Reds stadium was awfully pretty all lit up and we saw a couple of fireworks (even though they lost). 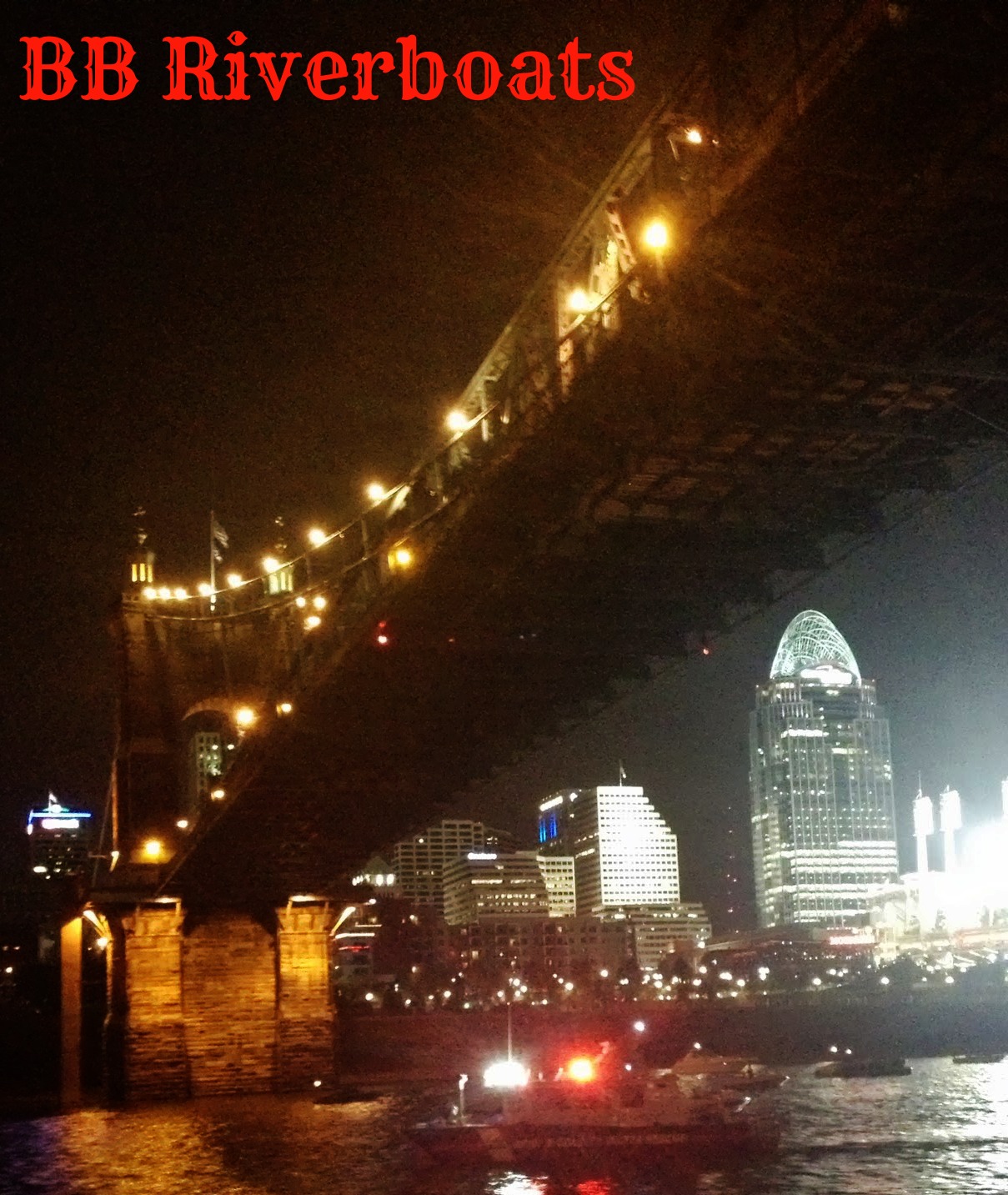 The Roebling bridge was beautiful at night as well. We saw numerous other boats big and small on the river that night. 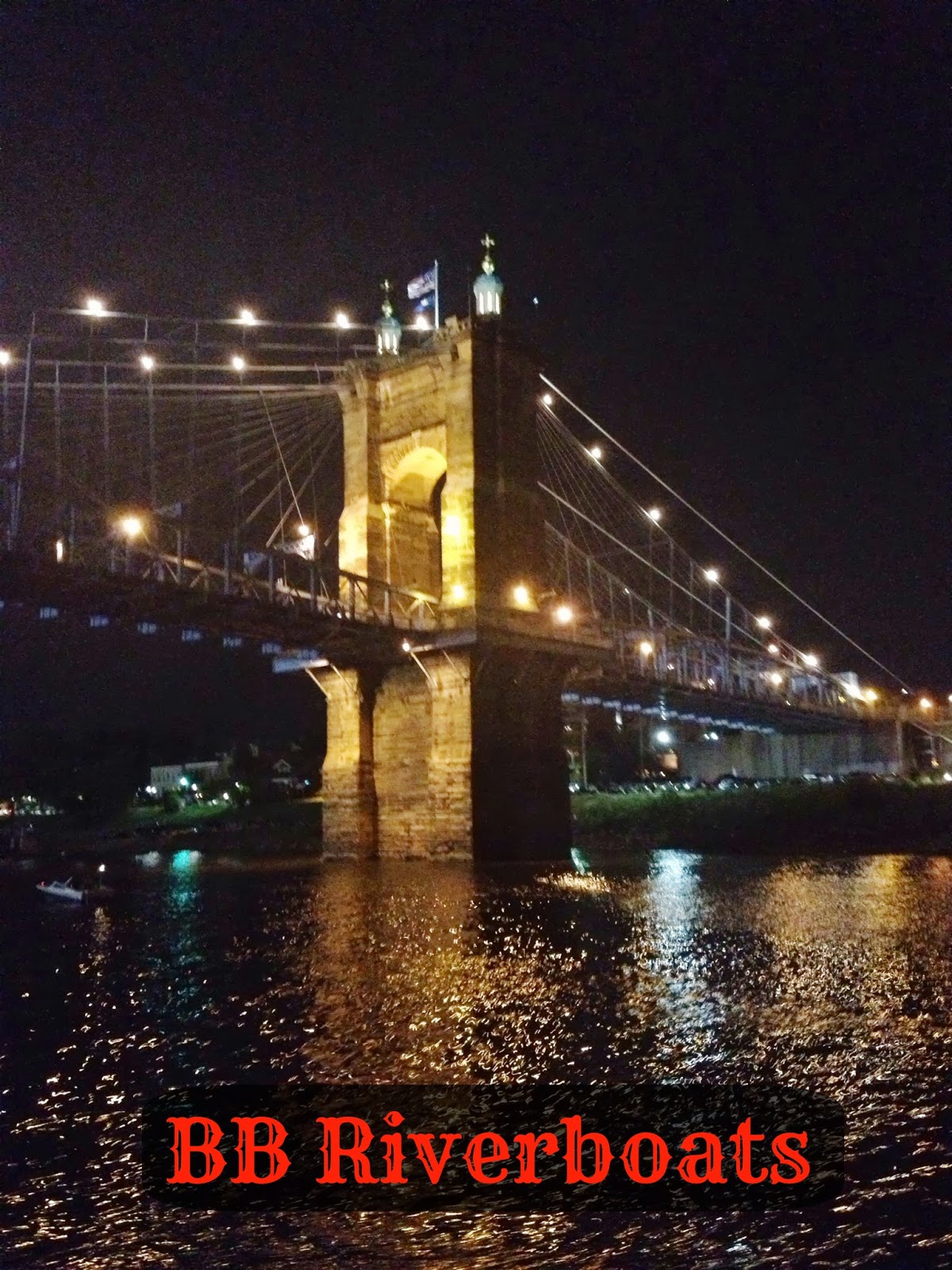 The city is just gorgeous at night! And even though it was “a bunch of old folks” on the boat – our niece had a good time with us.

Why Should You Go? We really enjoyed the Beer & BBQ cruise. Tickets are $55 each for adults (dinner included) – you can also get a sightseeing only for $26. We had a really nice time on the boat and I definitely think we’ll go back. The nice thing is that they have a wide variety of cruises throughout the year. They have dining, sightseeing and holiday cruises and even kids cruises! I’m really glad we finally got on board BB and we’ll definitely be cruising again.

* We were provided 3 tickets on the Beer & BBQ Cruise in exchange for this post. We paid for the picture and tips on our own.