Recently enjoyed a trip to #VisitOrlando with my good friend Adventure Mom and got to explore about a billion theme parks in 2.5 days! This was LegoLand day! 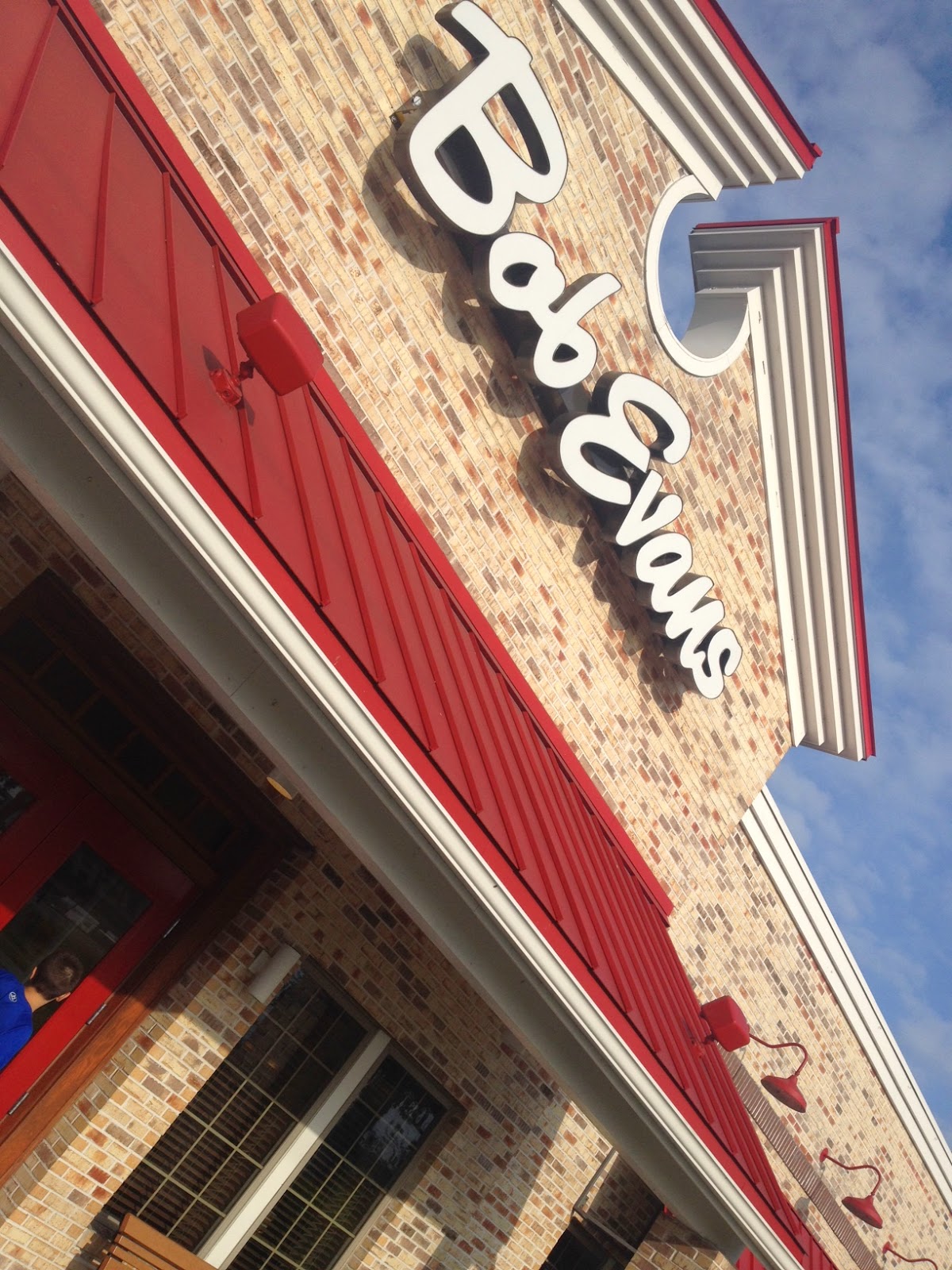 But before we could do rides and legos – we had to load up with a hearty breakfast. So we stopped at Bob Evans on the way between our condo and LegoLand. Legoland is about 30-40 minutes from the Disney resorts – so you definitely need a car. 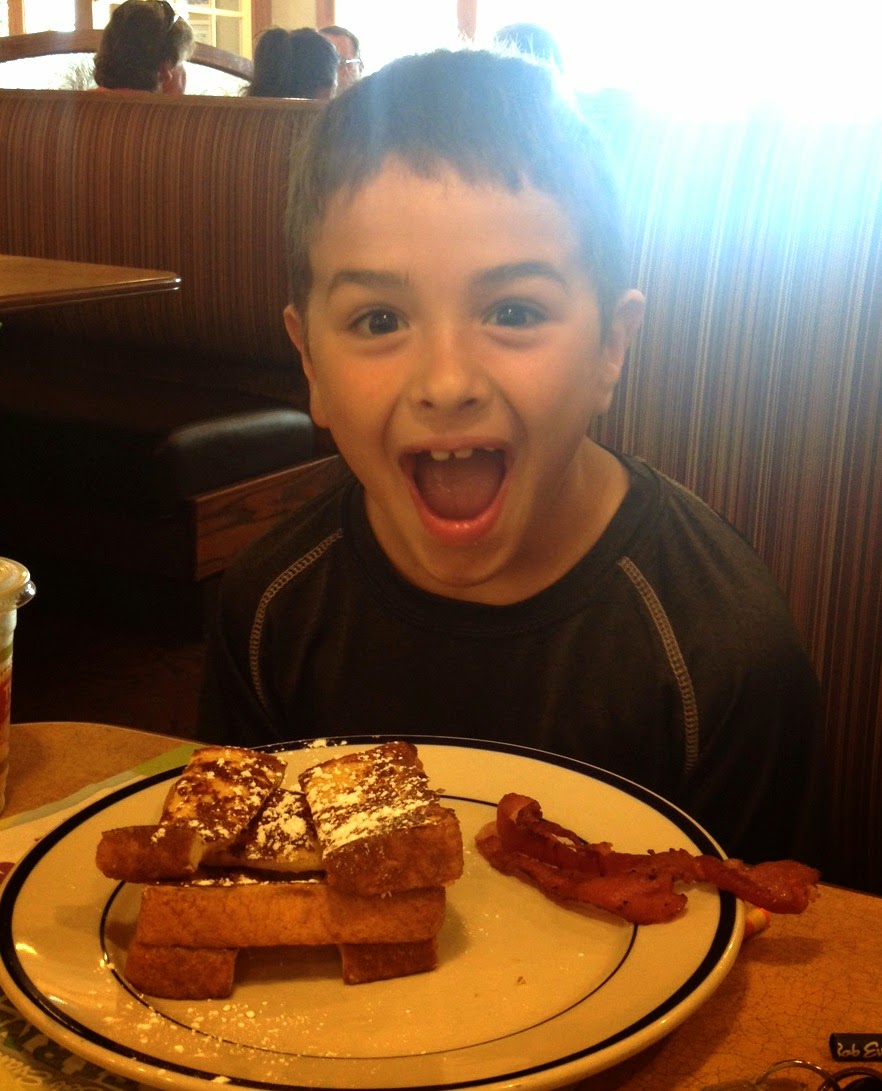 The boys were pretty excited for breakfast – so adorable. I quickly realized we basically had the same breakfast – his was just stacked like a jenga puzzle. 🙂 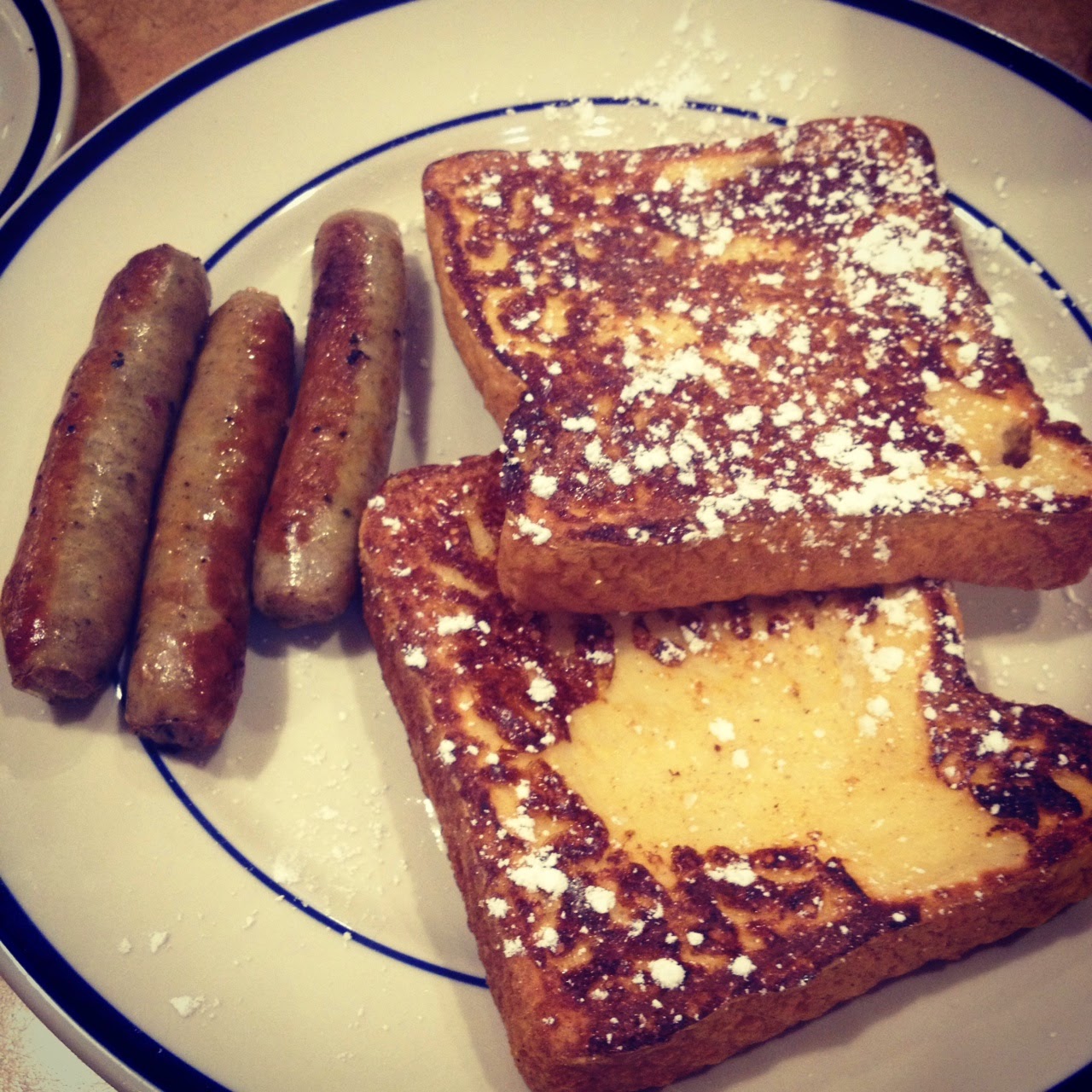 I went for french toast and sausage links – I never make french toast at home so it’s nice to have it when I go out to breakfast. It was really great french toast – a bit of vanilla flavor and light but crispy on the edges. Yum! 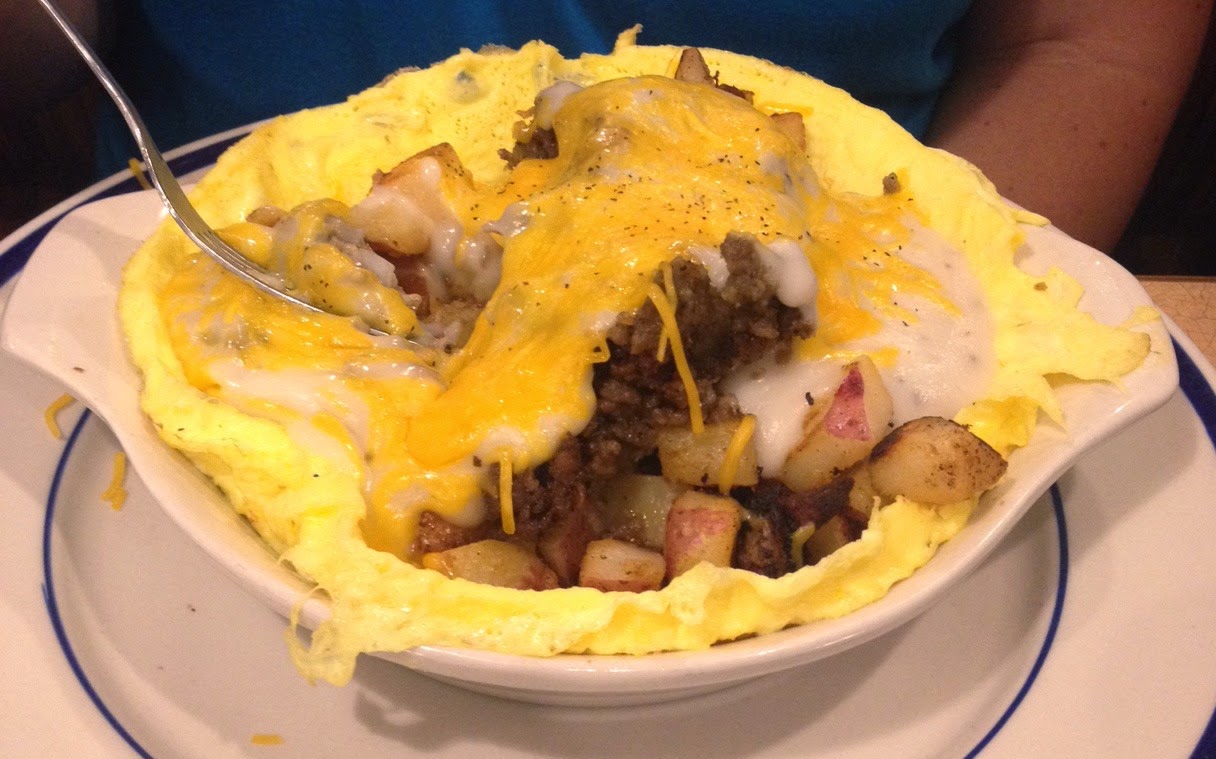 Adventure Mom went for a breakfast skillet and this was loaded up – potatoes, eggs, cheese, gravy and everything else. It definitely looked good! We knew we would need sustenance for the long day ahead – we ended up going to 3 parks in one day. Need. Carbs.

Why Should You Go? Here in Cincinnati – they’re trying out Broasted Chicken – besides that – it’s always a great option for breakfast or home-cooking. They also have desserts, candles and candy that you can grab & go on your way out.

Once our bellies were full – we headed on to LegoLand! 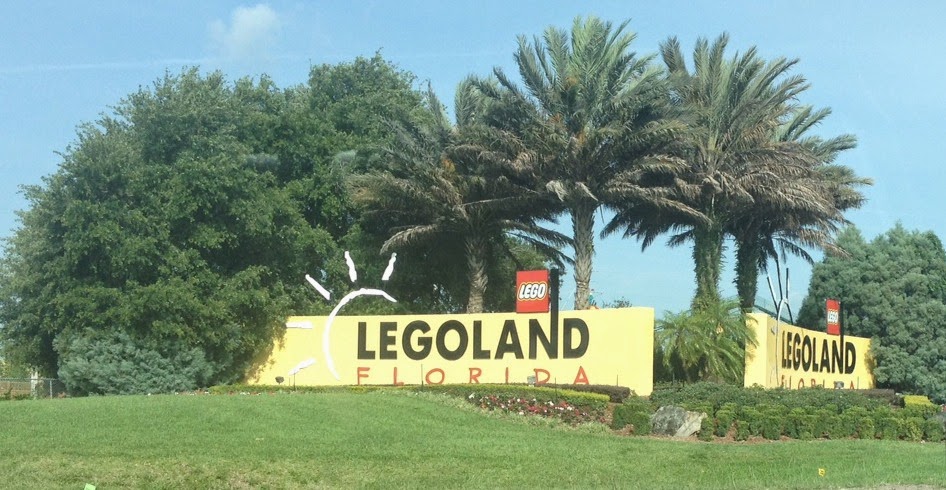 Admittedly as a 40 year old with no kids – I wasn’t too excited. I almost thought about staying back at the hotel and getting some pool time – but no I was in this for the experience – so off I went! I sort of thought it was going to just be a big open room with a bunch of legos – (uh – it’s not) – who knew?! 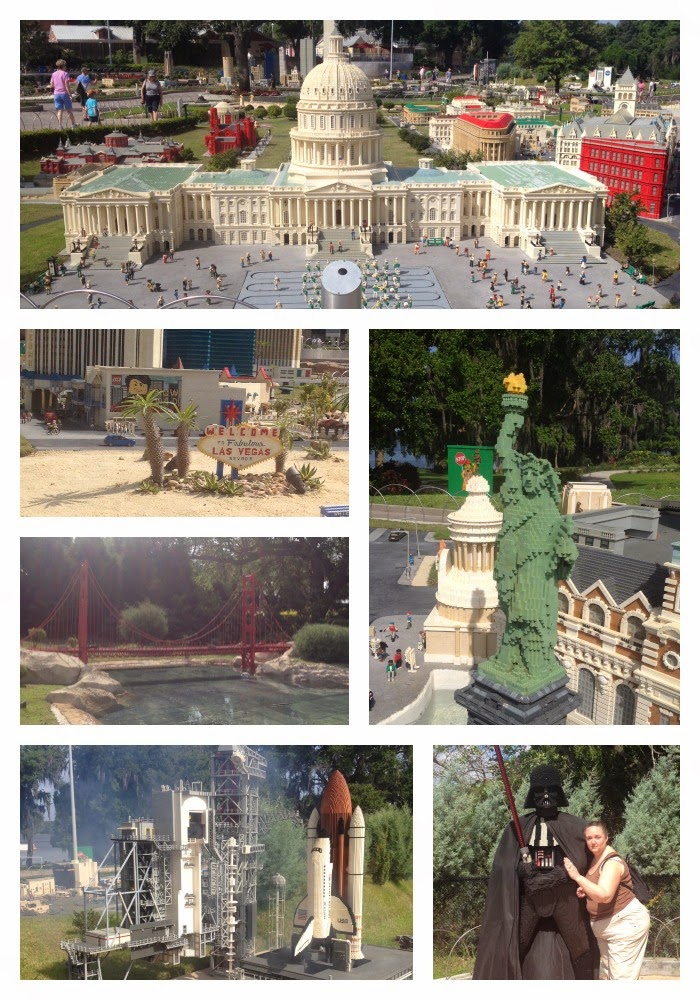 The first area you go through has every city and Star Wars scene you can think of all built out in legos. They were extremely realistic and really fun to look at. There were also buttons to push that would make different parts of the scenes move. I have to admit – that part was pretty neat. I was a bit surprised at how long the boys (age 8 & 10) stuck around this area. They were fascinated by all the different moving parts and structures that were built. It was pretty cool. 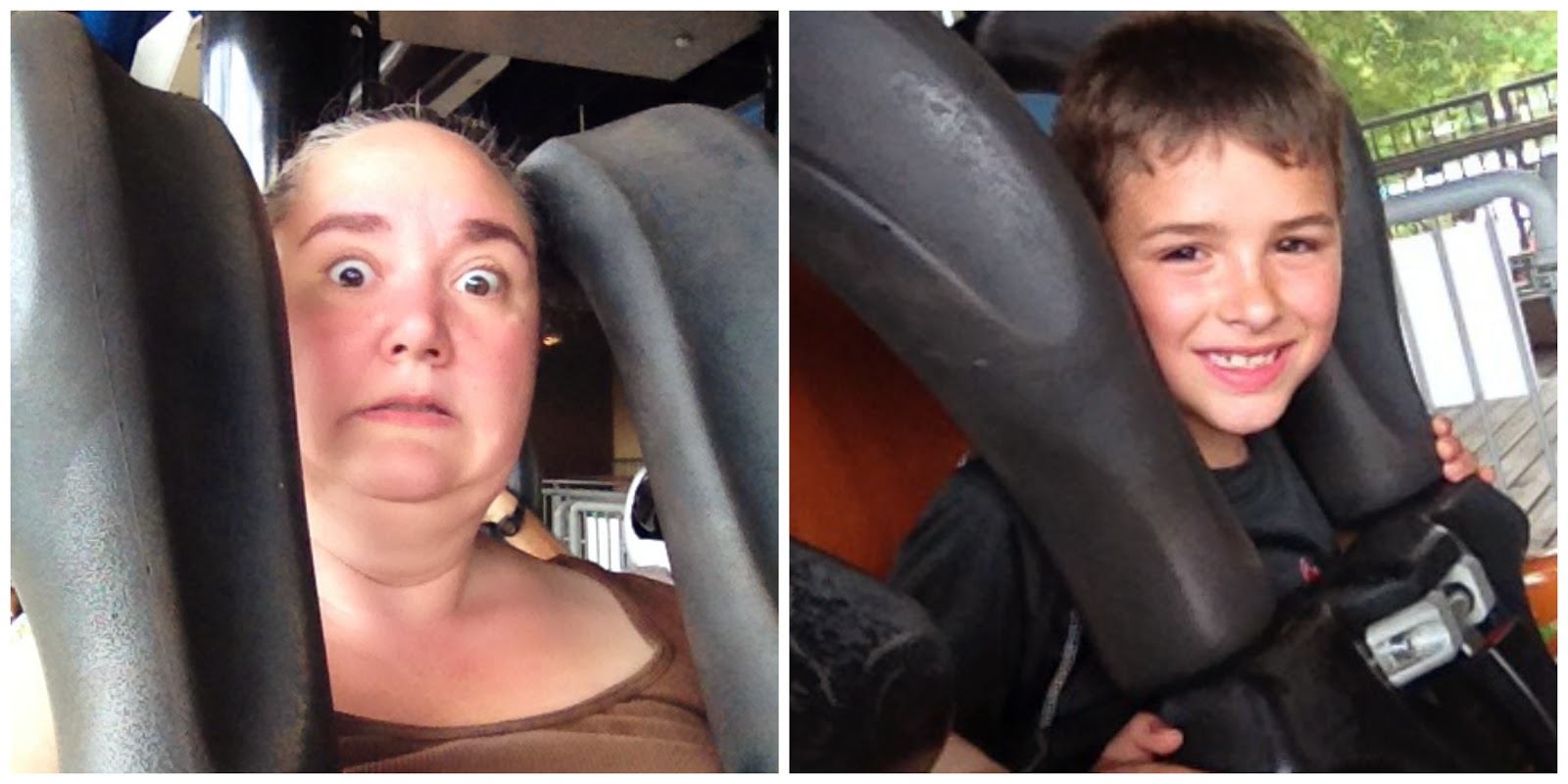 Then I quickly found out – they have rides. Oh boy – here we go! You can tell who’s excited and who isn’t. The rides at LegoLand are pretty tame – much more tame than SeaWorld. I actually liked the coasters there – they were a bit small – but it was fun.

One cool thing at LegoLand is that all of the staff have these little mini Lego guys on their name tags. The kids can bring theirs to the park and trade with anybody. They also have stations set up where they can go and make trades as well. I think that’s pretty cool for the kids to be able to come in and bring their own toys. 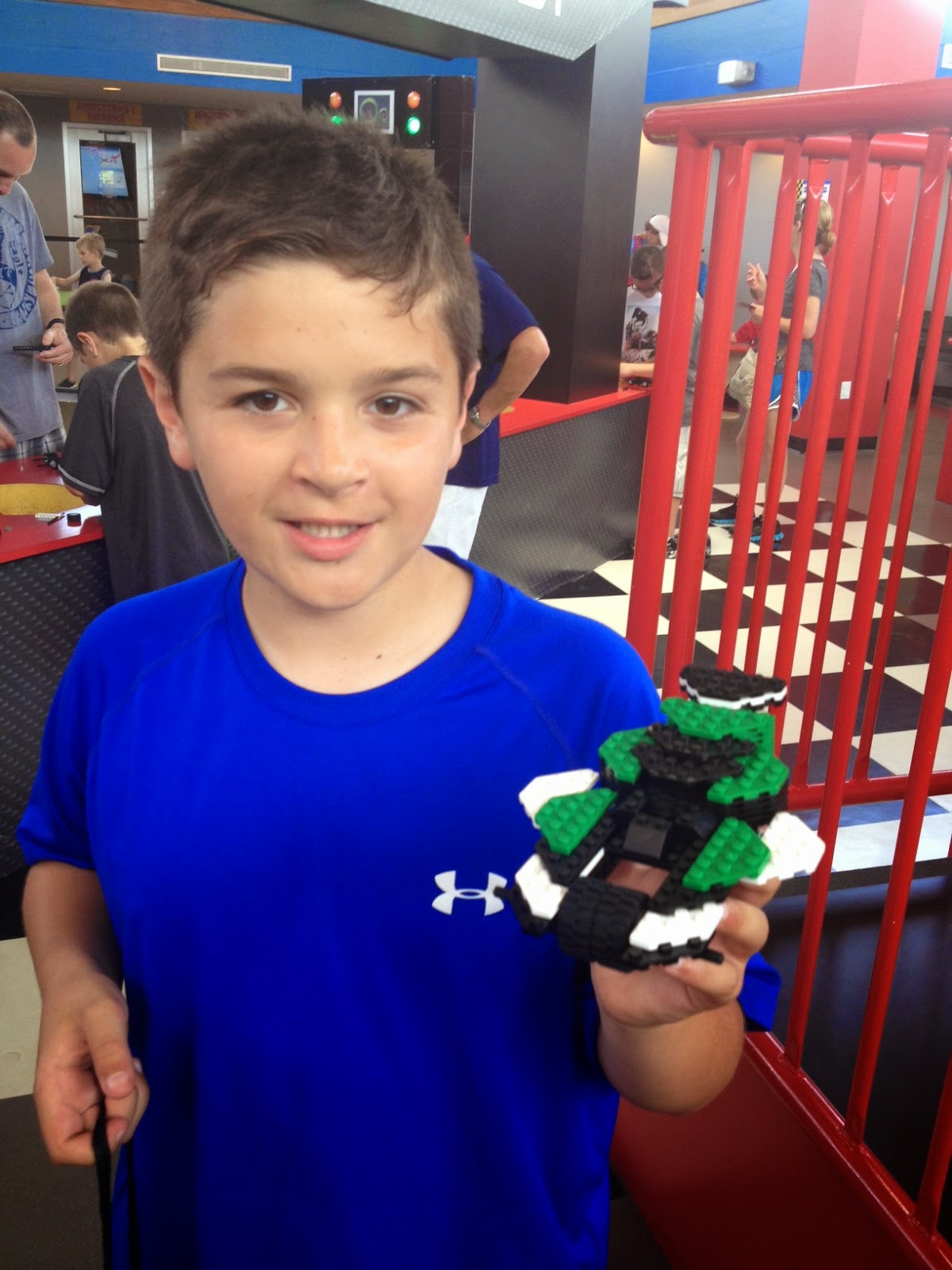 They did have an area that was what I imagined – the boys came in and got a couple of sets of wheels and then could make any car/motorcycle that they wanted and race each other, etc… They had a BLAST in this area and we really could have stayed there all day. Well THEY could have 🙂

It was a fun park and if you have a kid that likes Legos – it’s a must stop. They were even able to create their own Lego guys at the park. I would say it’s for younger Lego fans – the older of the boys was probably topping out and looking for more “thrill rides”.