As regular Food Hussy readers know – I like tours. I think I’ve uncovered nearly every tour in Cincinnati. Maybe that should be my bucket list – go on every tour in the city! 🙂
There’s a whole new set of tours I found out about this year – the Cincinnati Heritage Programs by the Cincinnati Museum Center! As you’ll know when you check out their schedule – about half of them are sold out – and they go quick! Why? Because these are once a year tours – when they announce that schedule – BOOM – they fill up! But there are still some great tours available! 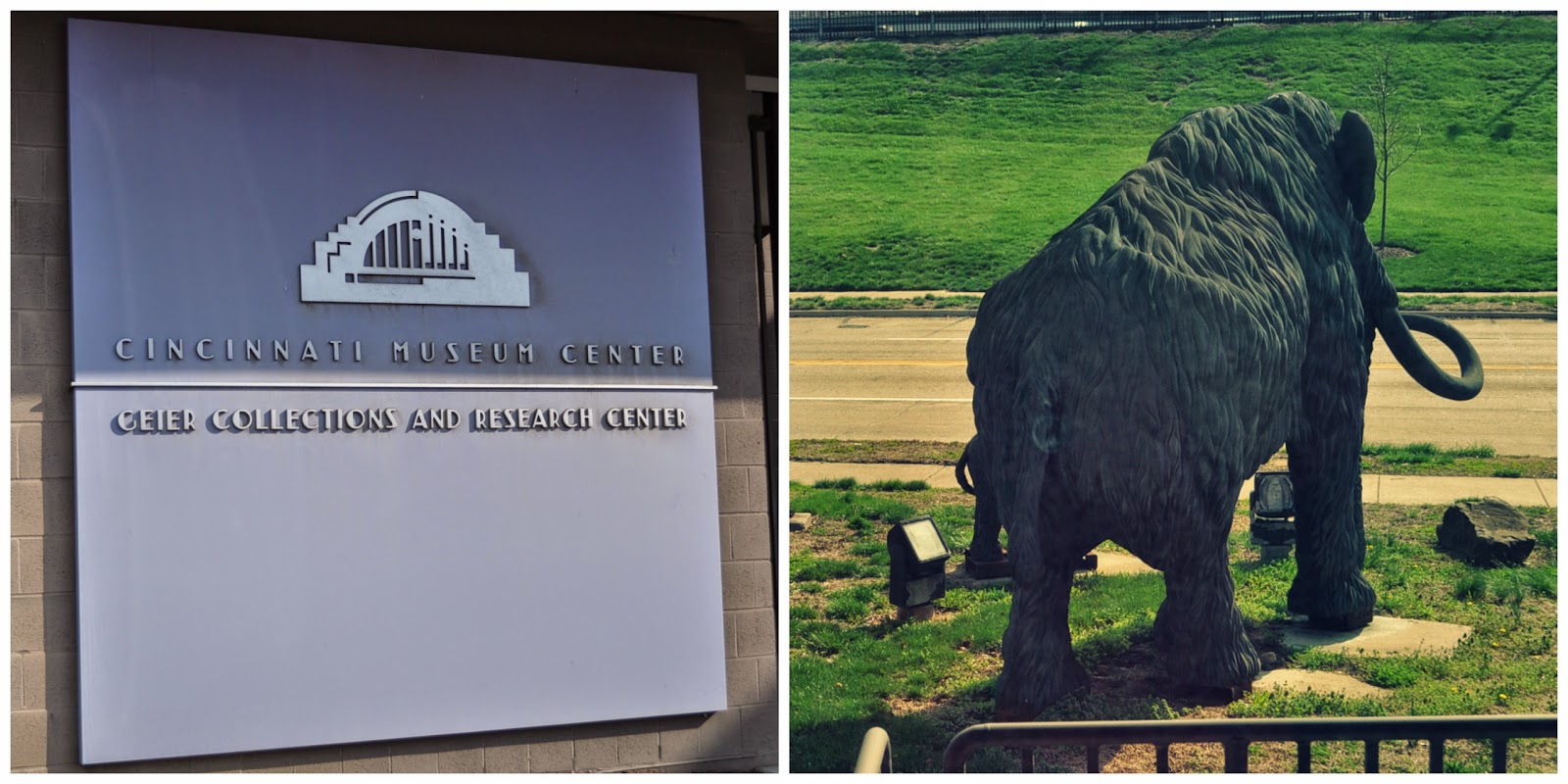 We chose the Treasures of the Queen City Tour – which is a RARE opportunity to view collections at the Geier Collections & Research Center. The Geier is the one with the big mastadons out front…that’s how Larry remembered those from when he was a kid. 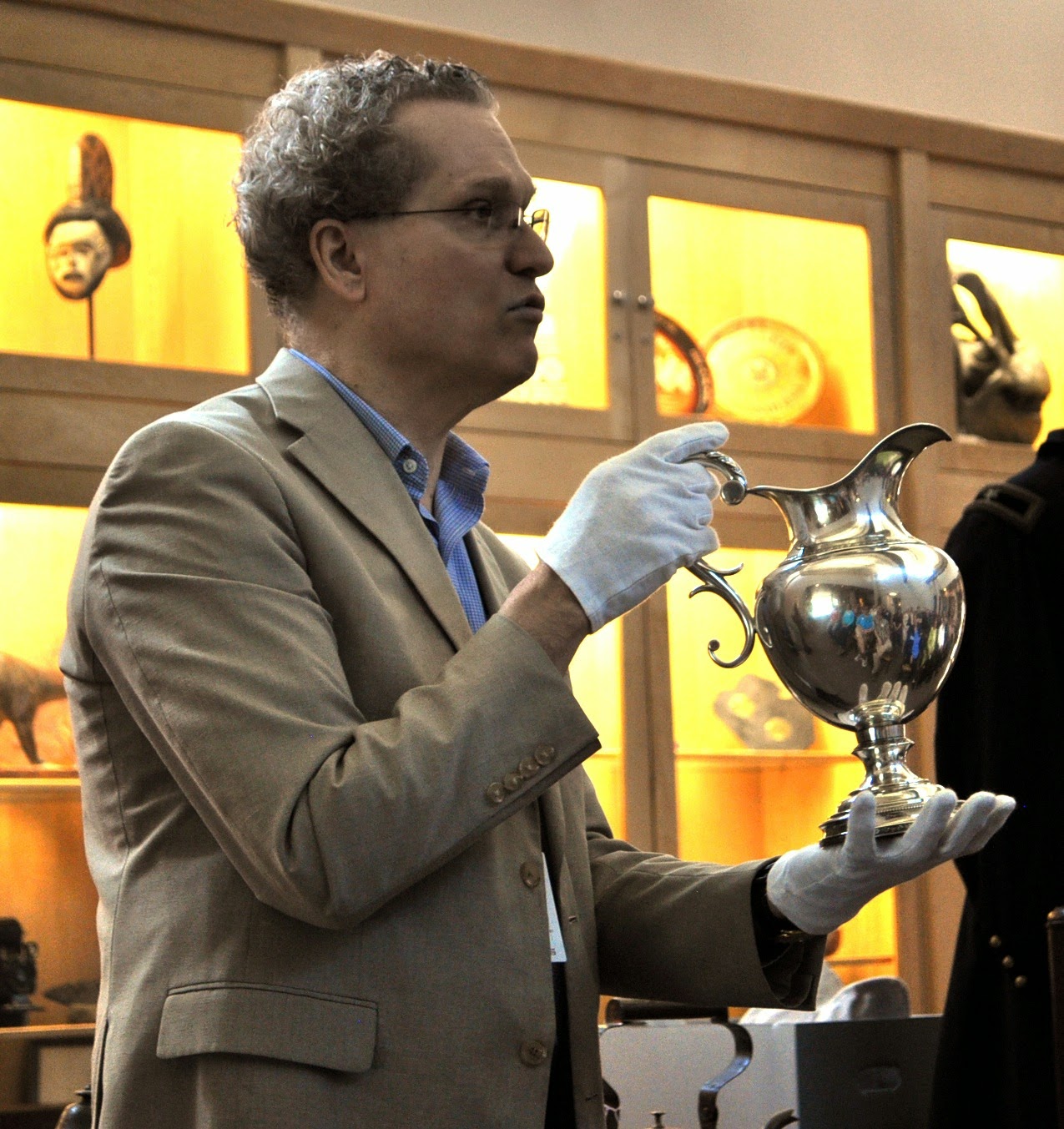 David Conzett is the curator of History Collections and Fine Art. He’s originally from Iowa – so I liked him right off the bat. He had a bunch of wonderful pieces set out and he just started going through years and years of history. It was fascinating! They had seats set up so you were comfortable and it was a small enough group that everyone got to ask their questions as well. 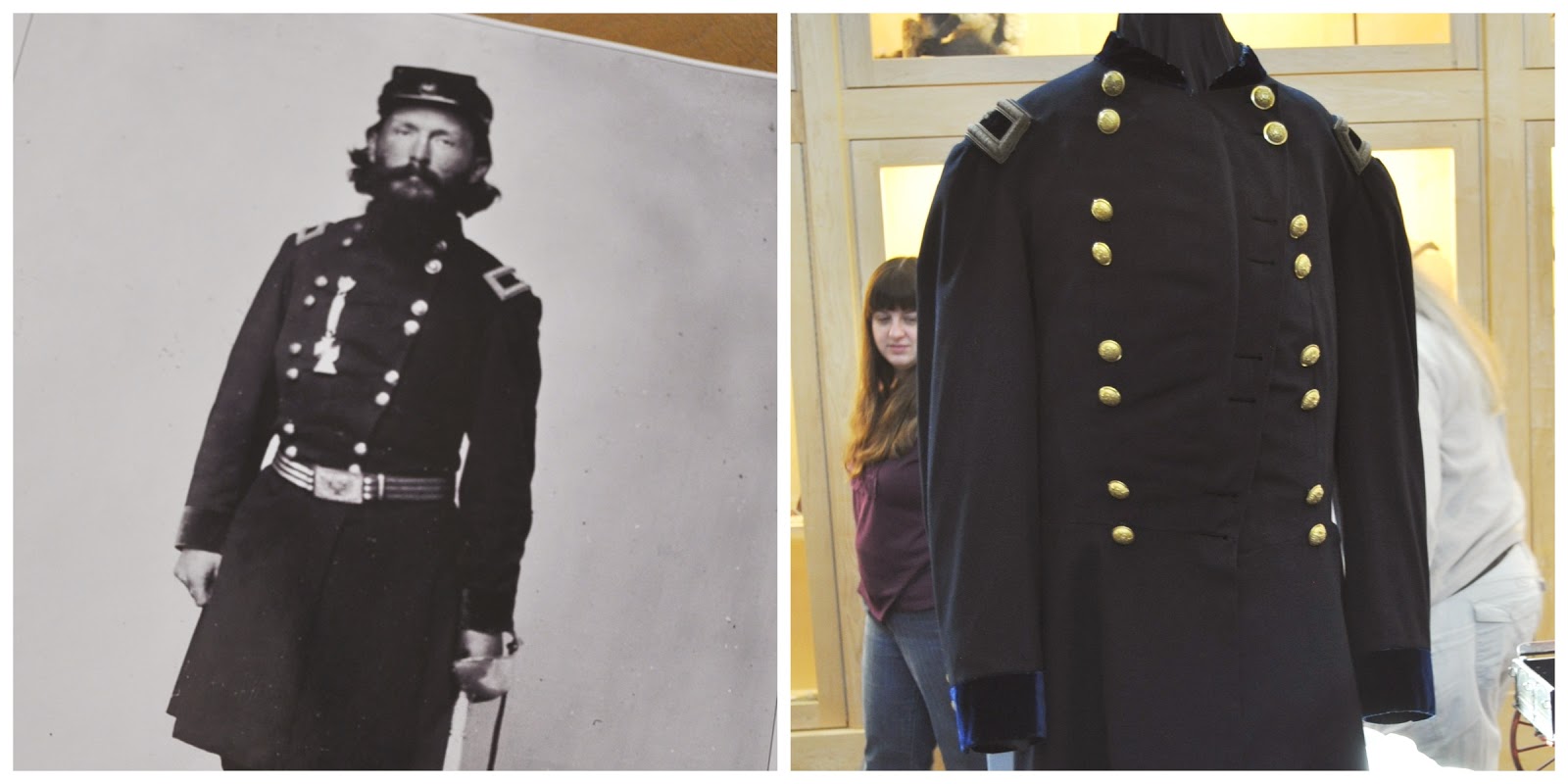 I’m terrible about taking notes – so you’ll just have to go on this tour yourself next year to get all the details but it was really cool to see this uniform from the Civil War. We also got to see the actual General in the uniform as well from an old photograph. The museum really has a great reputation and get a lot of donations from families that want their Cincinnati history to stay here. 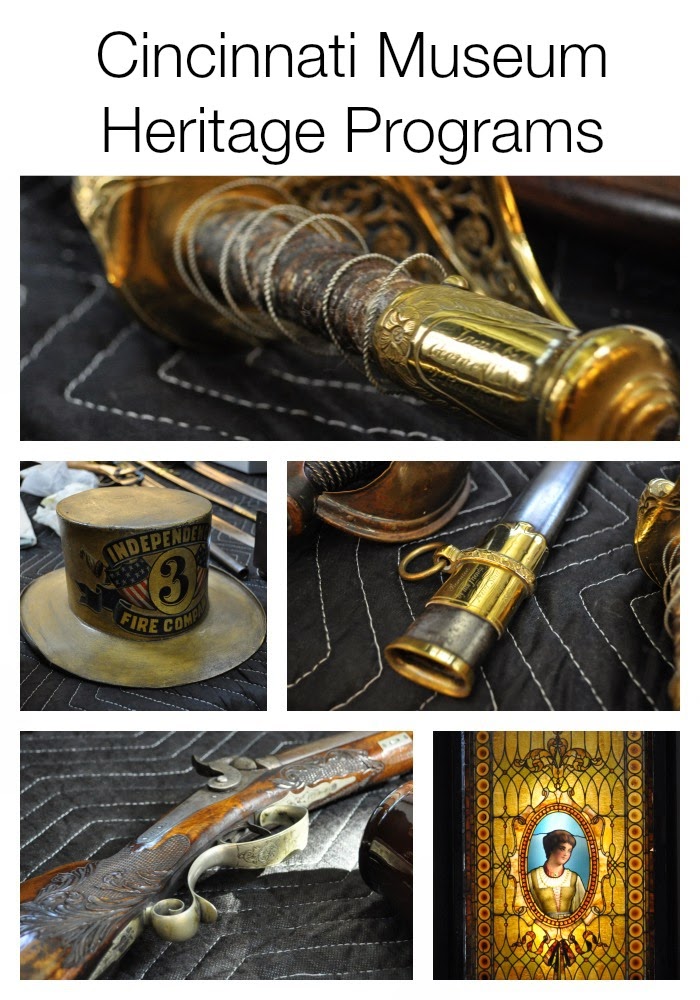 Some of these items were just gorgeous – in addition to being historic. They’re not sure but the fire hat is a very early one – potentially from Independence, KY. The gun in the bottom left was Christian Moerlein’s. The stained glass door in the lower right was STUNNING. 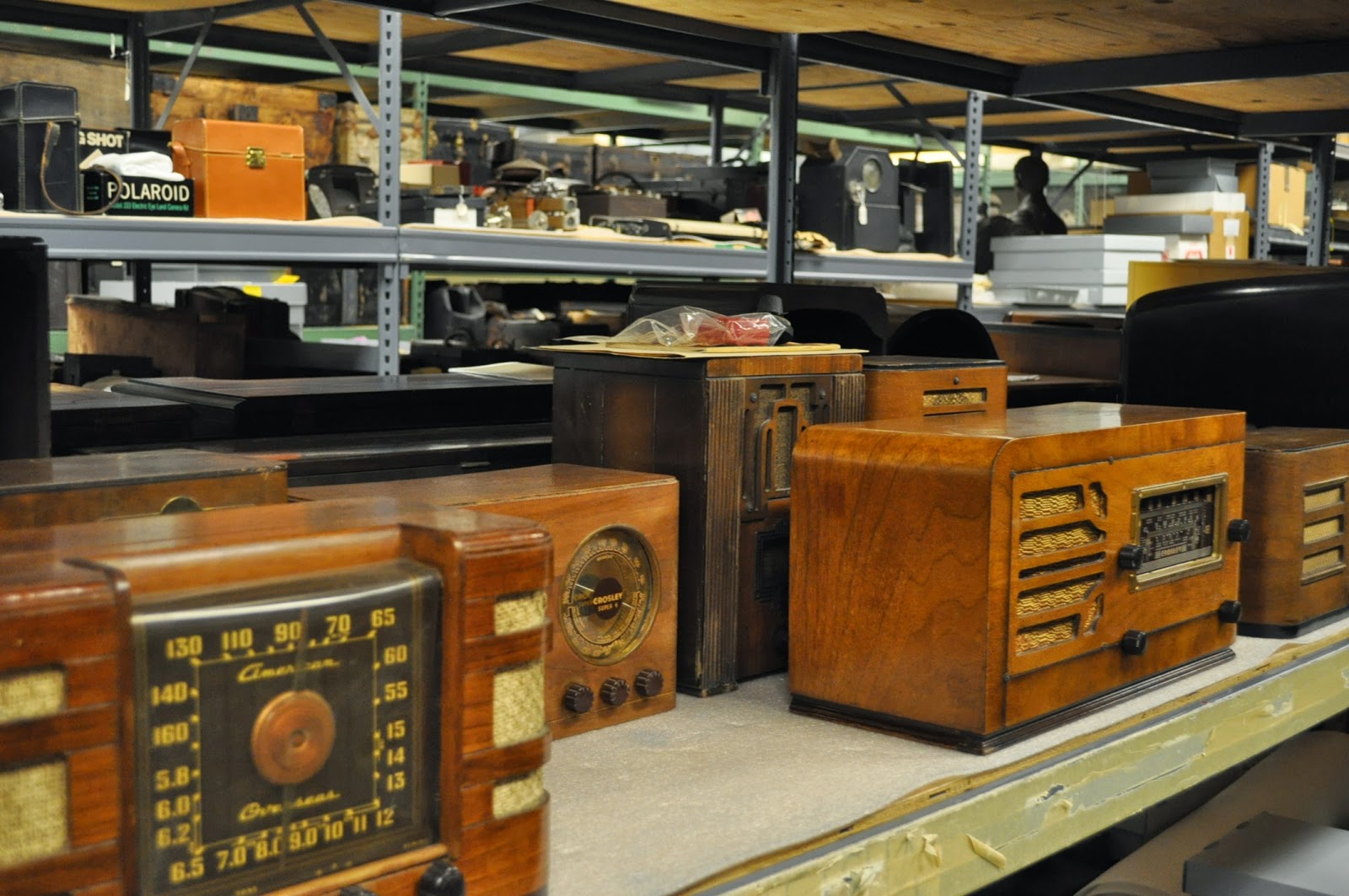 We took a 20 minute break and had refreshments (lots of choices) and then came back for more knowledge dropping. Then – the fun began – they took us into the back. It was just shelves and shelves and shelves of history! It’s amazing how much they have just waiting to be displayed!

They rotate these pieces in and out of display depending on the collections of the time. It’s pretty fascinating to see some of the items that aren’t on display! 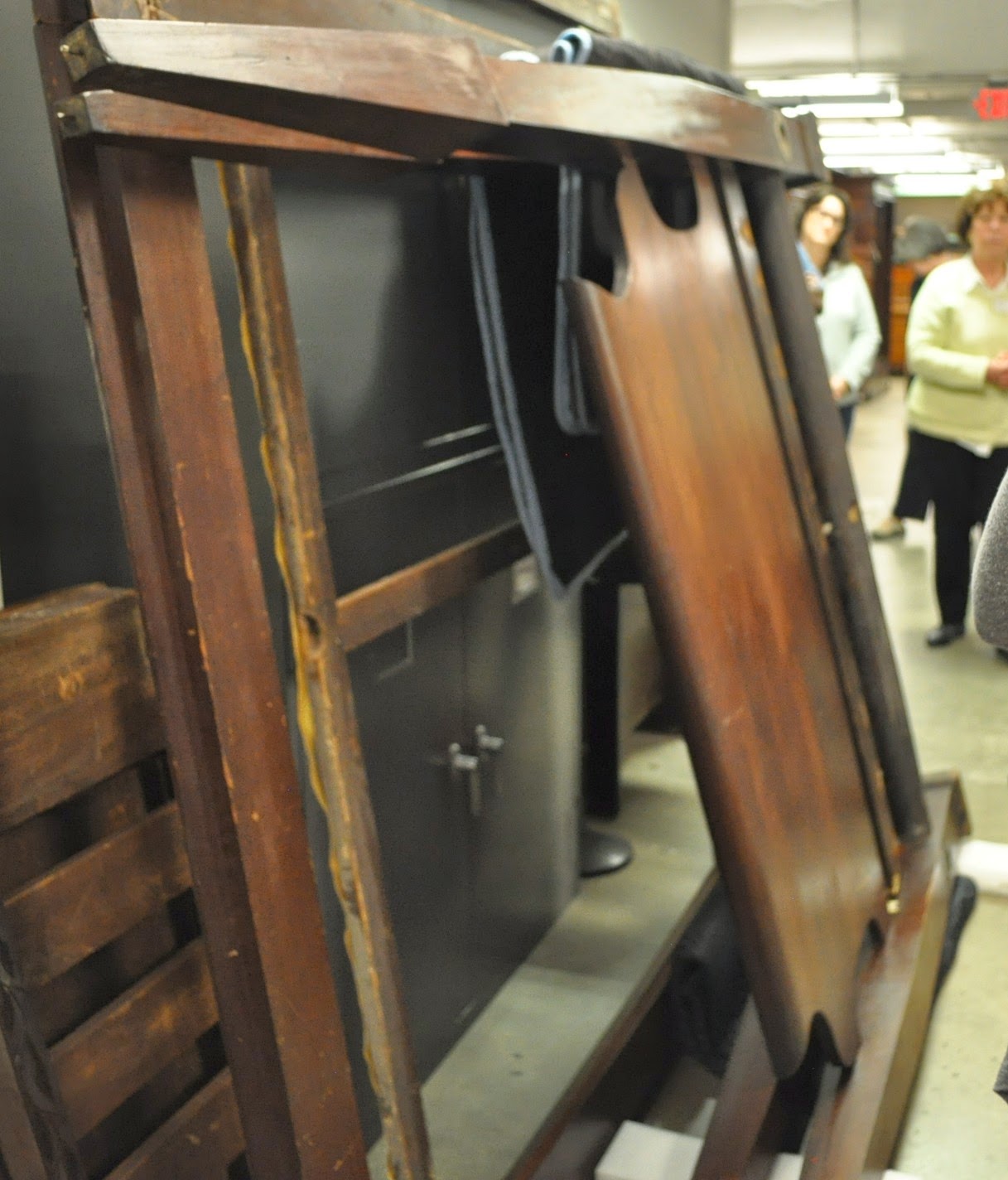 This bed for example is a Henry Boyd Bed. Who’s Henry Boyd? Henry is a slave that bought his freedom. He then moved to the Cincinnati area and became a carpenter. He became fairly successful and then helped other folks on the Underground Railroad. Pretty cool stuff.

This is a bed – looks comfy right? Um no – it was from a Cincinnati insane asylum and people were locked in it!

And what tour about Cincinnati history is complete without BEER?! There were a few historic bottles shown to us (Moerlein on the left) but then in the back we saw crates and crates from the former breweries of Cincinnati. Growlers, bottles, cans and so much more.  If you’re not familiar with the beer history of Cincinnati – I highly recommend one of the Underground Tours. 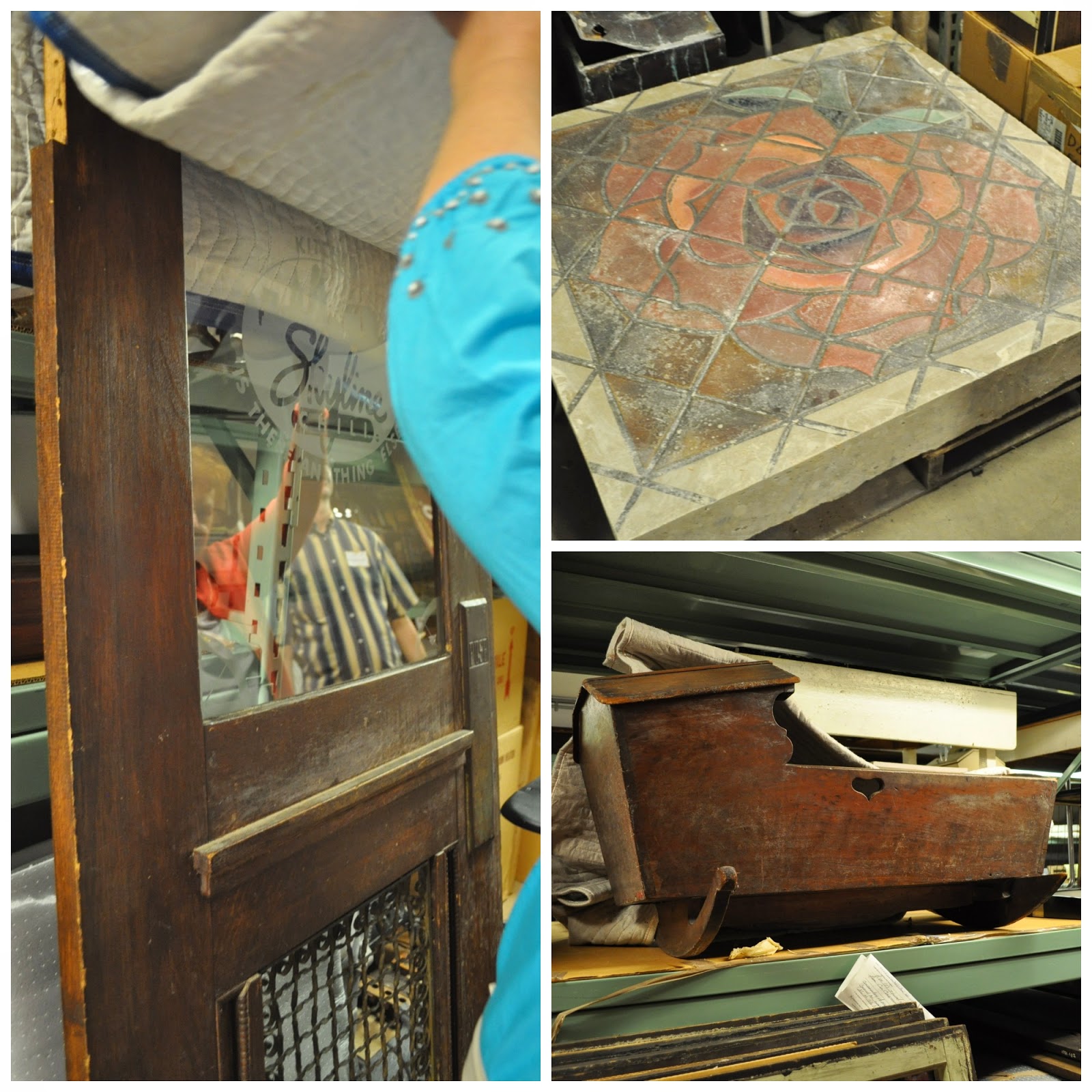 Then there was a lot of just Cincinnati history – the door from the first Skyline, the Rookwood tile rose from the Kahn’s Factory and General Ulysses S Grant’s baby crib. Pretty cool stuff. 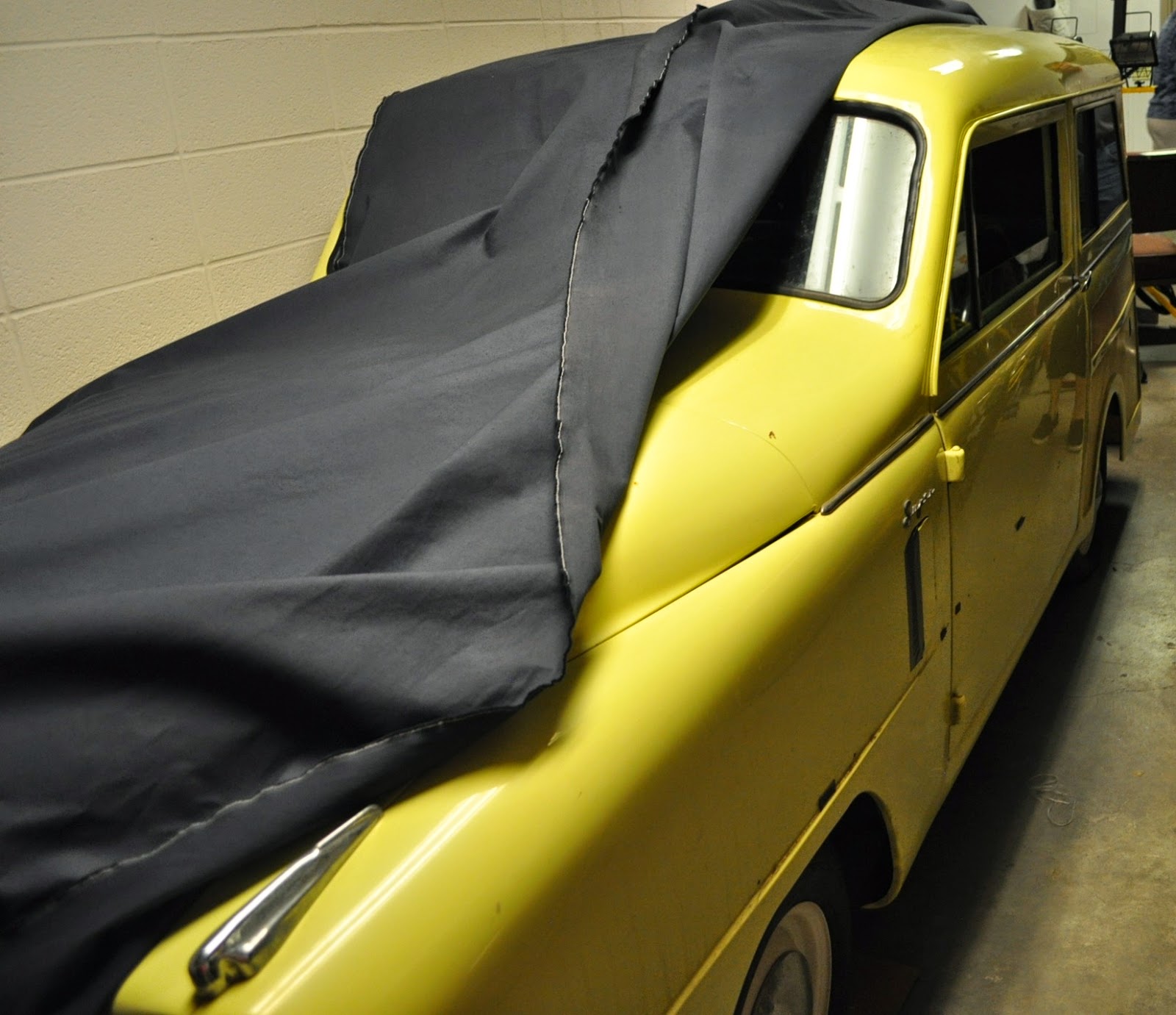 I have so many more pics but I don’t want to show you everything – you’ll have to check it out for yourself! The Geier is open by appointment only but if you have the opportunity – it’s not to be missed.

The Cincinnati Heritage Programs run through November of 2014 – and there are two coming up quickly – May 13 is the Crosley tour and June 4 is the Historic Churches of Newport. If you are at all interested in Cincinnati history – I highly recommend these tours and can’t say enough good things! I hope you get the chance to enjoy these tours as well!

Disclosure: Cincinnati Museum Center provided me two tickets on the tour in exchange for this post but the opinions are all my own.

Previous Post: « Recipe: Italian Sandwich (better than the sub shop)
Next Post: Top Ten Fun Things To Do In Cincinnati »