Recently I was invited to bring myself and 5 friends to Houdini’s Room Escape in Montgomery. 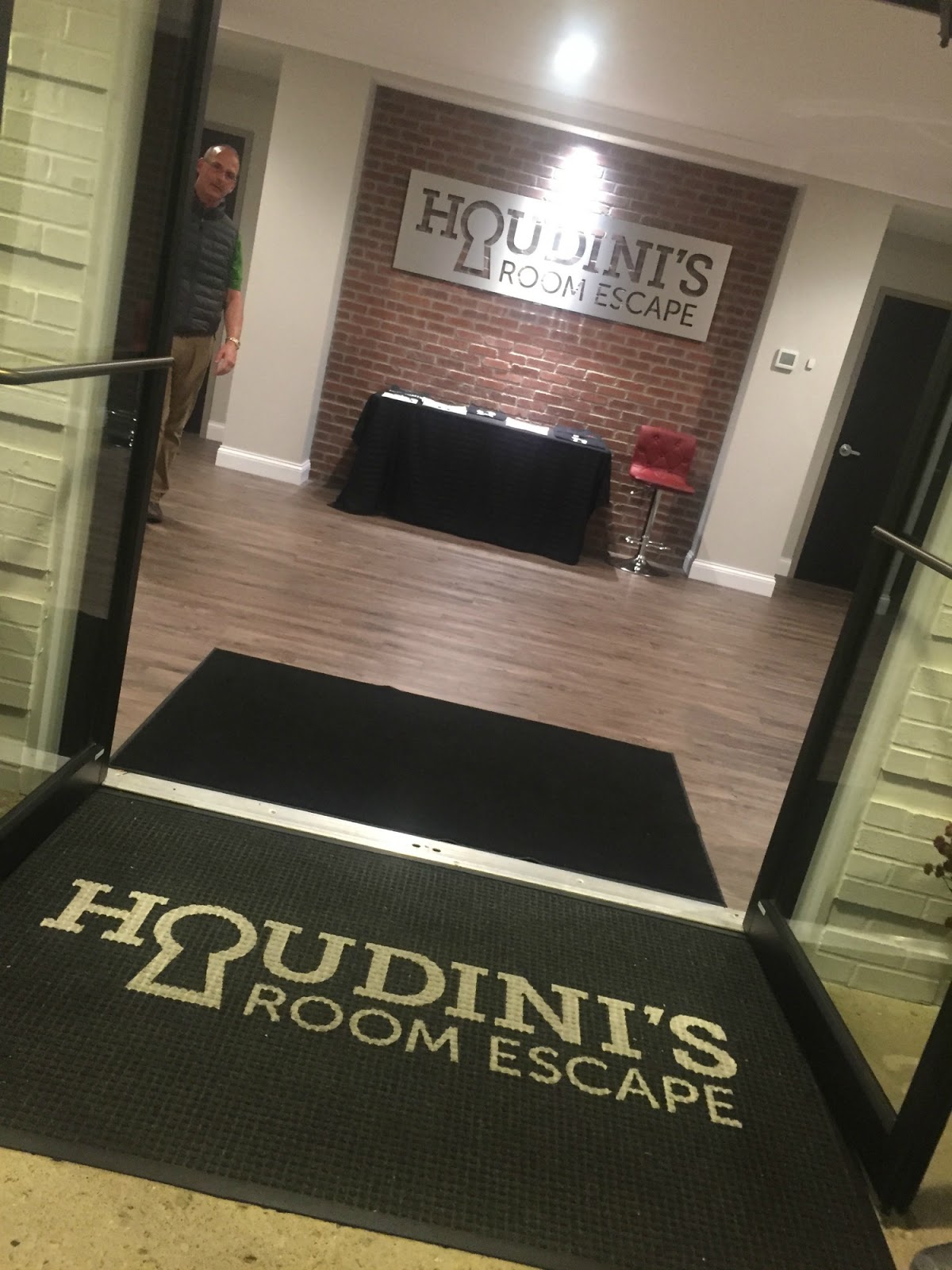 There are a few of these “room escape” places popping up around the city. I first heard about this type of thing on an episode of Big Bang Theory – when they did a “escape from a room with a zombie”.
Houdini’s is in the heart of Montgomery and they have 3 rooms right now: 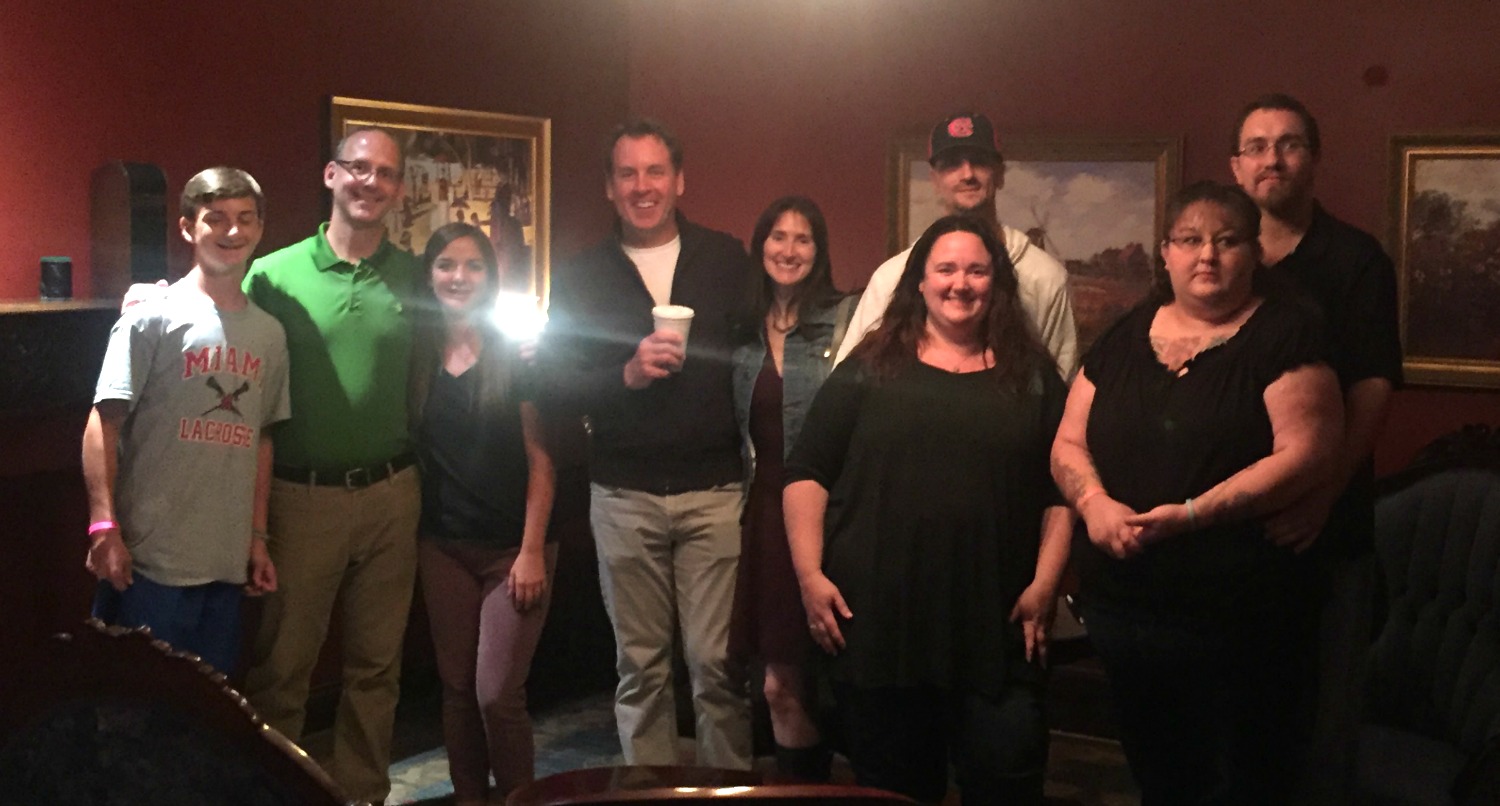 We chose the Houdini room because of the availability the night we wanted to go. They have a really great calendar system for choosing a night – it’s really helpful because you can see all the times and room availabilities based on your group size.

This room has a max of 10 – so we had our 6 and 3 extras – so that’s kind of the fun of it – you might have extras in your group – but you all band together in a team effort! 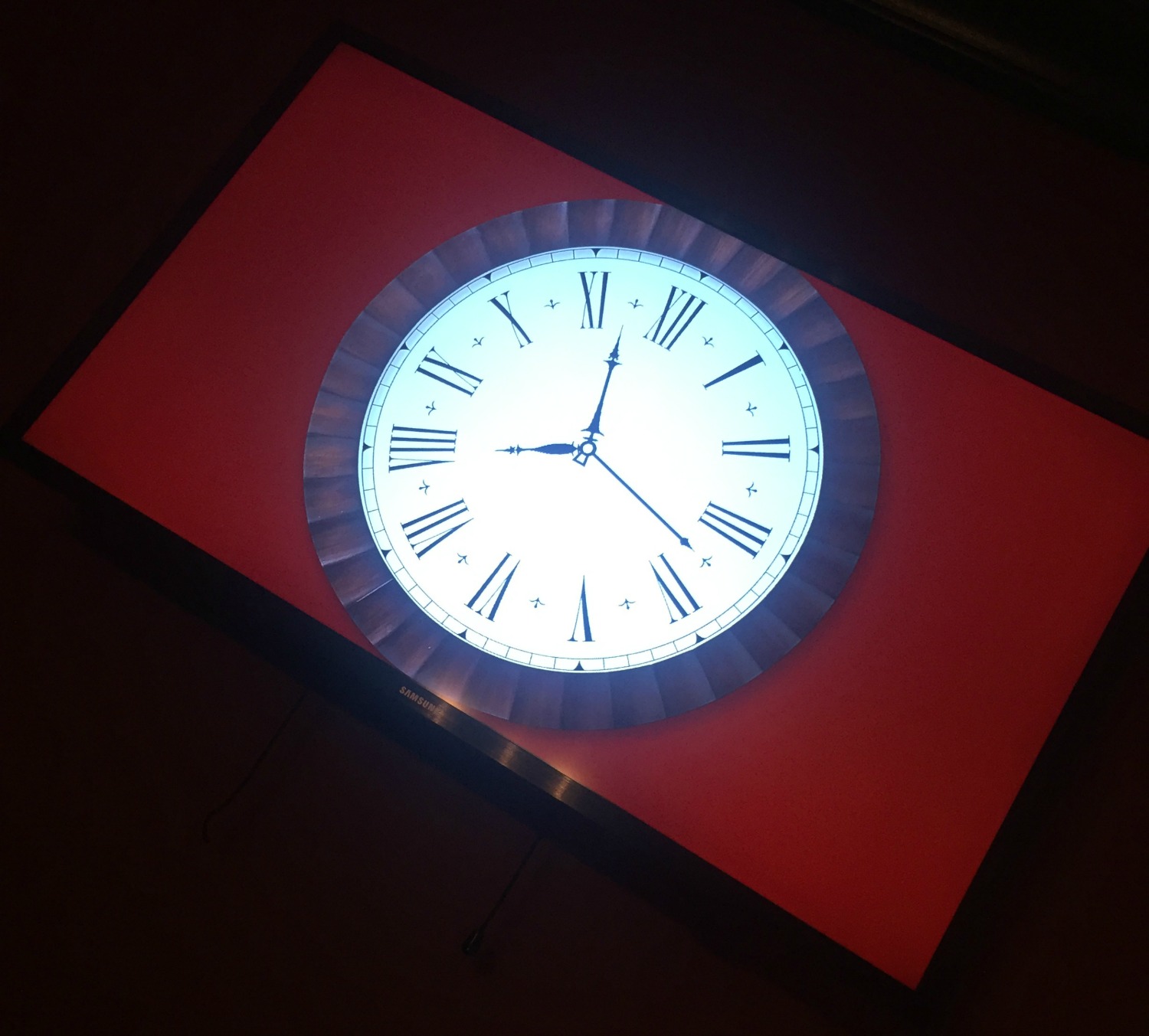 I can’t tell you anything about the room – but I will say there’s a handy-dandy screen in the room – keep an eye on it! 🙂

It’s really fun though because you’re pitched in this room – with a couple of bare minimum clues of what to do (we were looking for a straight jacket) – but really no idea of what to do. The door shuts, the time starts and GO!

There are hidden puzzles and clues all over – but when you start – you haven’t got a clue – so you just go to town! The group will sort of naturally break into smaller teams canvasing the room – teaming up on things – switching off when someone struggles – and just going and going and going! 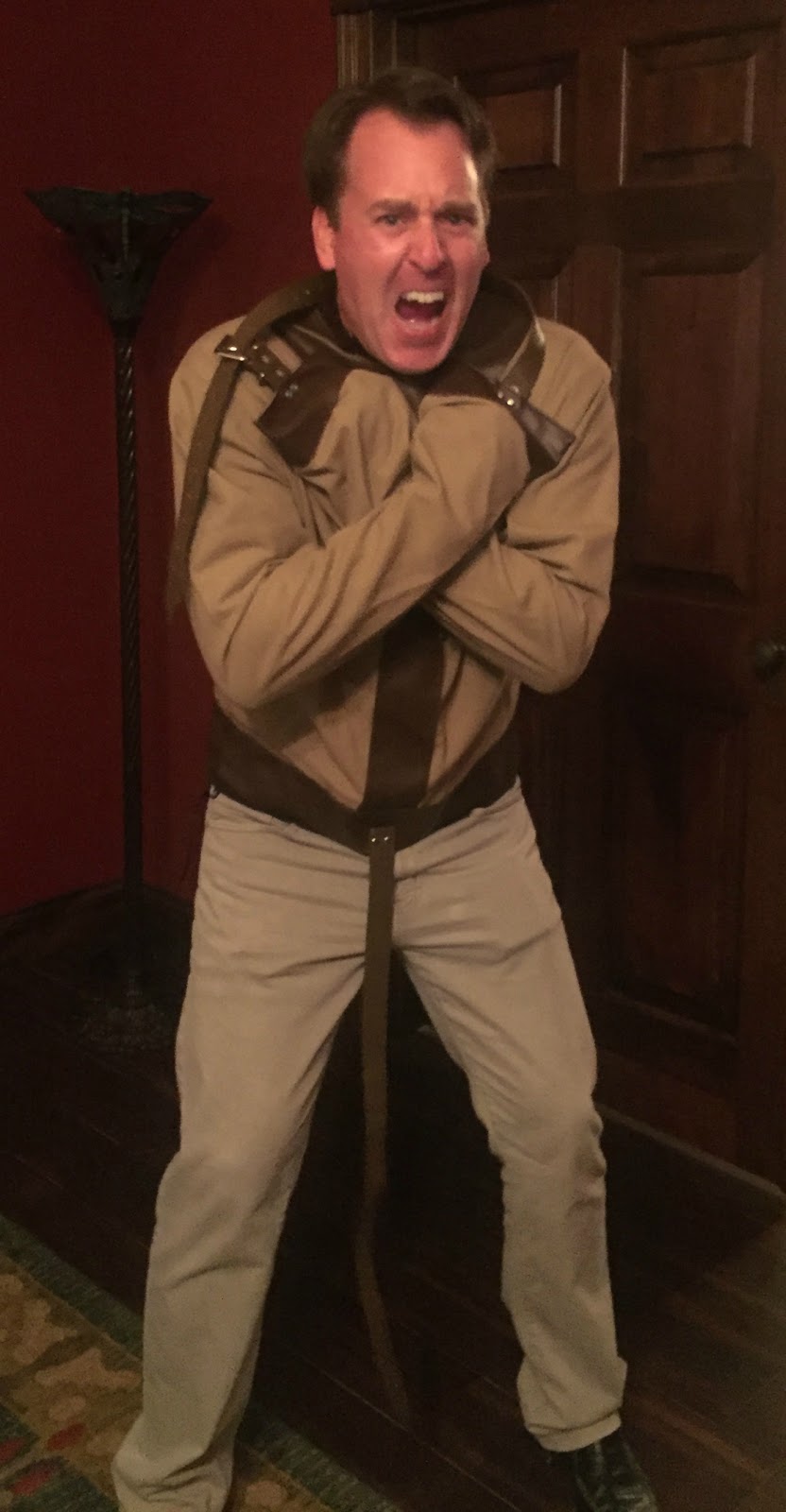 And in the end – WE GOT OUT! Yes – Steve tried on the straight jacket after we escaped. I have to say – we BARELY got out – with 3 minutes to go. They said this room only has about a 40% success rate so we were really happy to make it out. It was pretty exciting!
The other thing to add is that a DIVERSE group is really helpful. They had mentioned that a team of engineers didn’t make it out! We had an accountant, a couple of gamers, a couple of teenagers and some marketing folks – so it was definitely a variety of folks on our team. Here’s a peek at the Carew Tower – that room freaked me out when they showed it to me. I couldn’t believe that there were enough things in there – it seemed sparse but they promised me – they were in there! 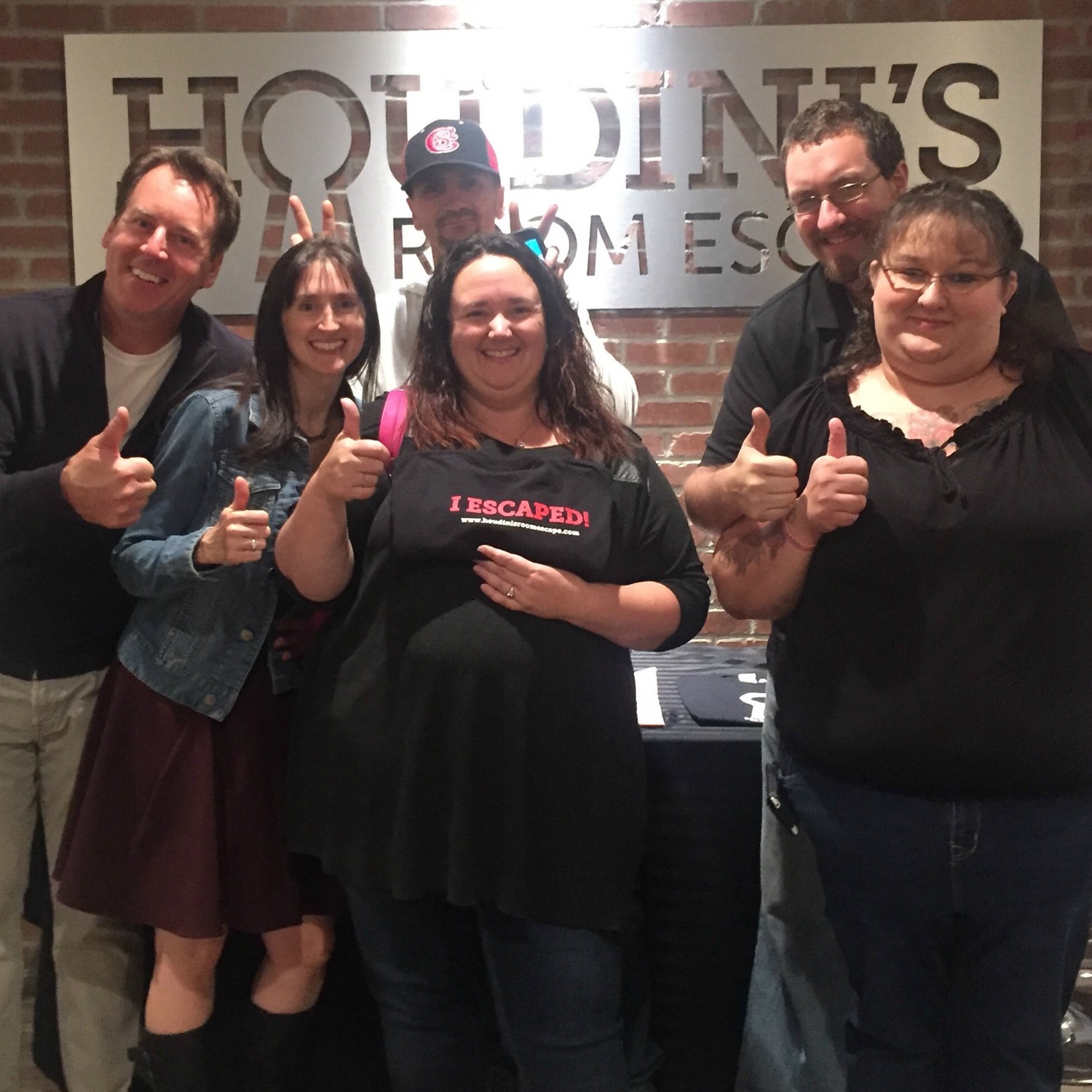 And here is part of our winning team! The teenagers & their dad took off – so this is just my group. We were so excited to get out of the room and succeed!

The kind folks at Houdini’s also showed me a new room that they are building! I can’t give you any clues – but I can’t wait to do it!

I have to say this was a really really fun time – we had a total blast. This is great for friends or even a team-building experience for work. I, for one, can’t wait to go back and try the other rooms. I also wouldn’t worry at all if you only have 2-3 people – go ahead and throw yourself in with a group – you’ll still have a great time!

Thanks again to Houdini’s Room Escape for the generous night out!