For my husbands birthday – we decided to take a mini-vacation and headed to Indianapolis thanks to Visit Indy. My husband is a HUGE Colts fan – so we had a sports-filled weekend planned! 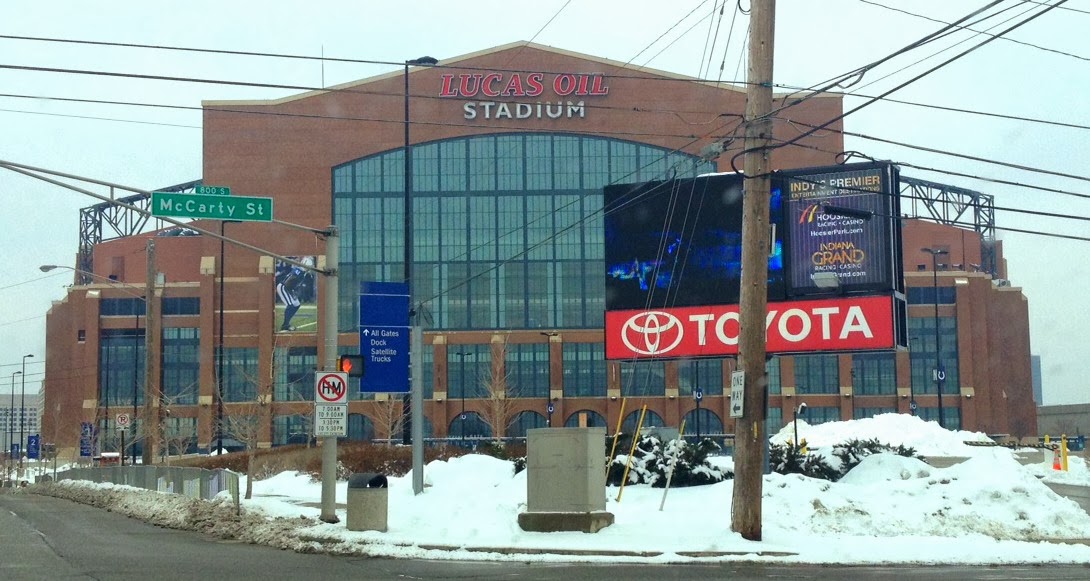 It was really great when we pulled into town and saw Lucas Oil Stadium – we had a tour planned in a couple of days but Larry having a view of this out our hotel window – well – that pretty much made the trip! He woke up every day and just stared at it. 🙂 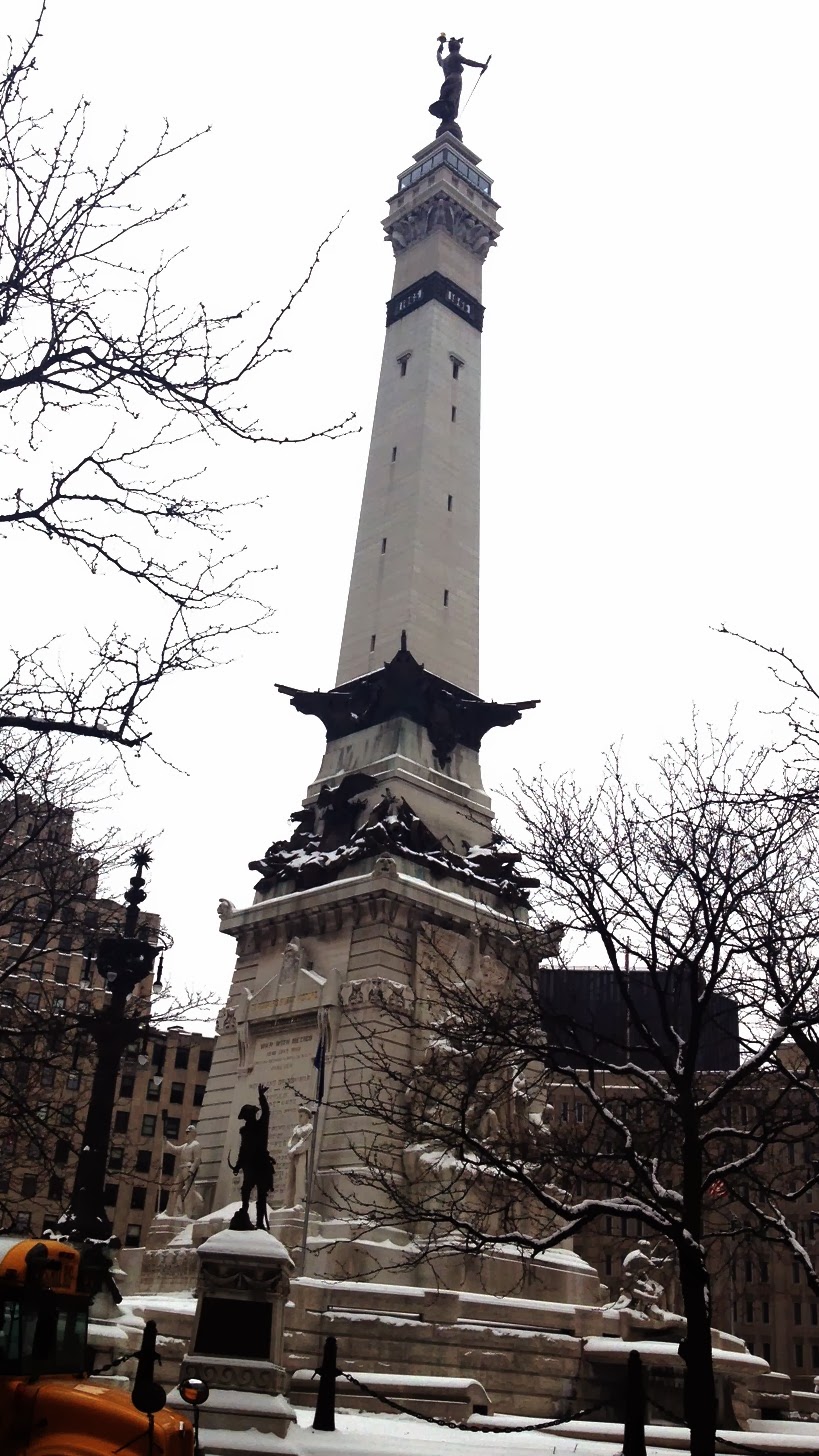 Monument Circle is so great! It’s in the heart of downtown and they do all sorts of great activities there during the summer. I have to say – I was so impressed with downtown Indy! First – they have more monuments than any city other than Washington DC – so there is a TON of history. 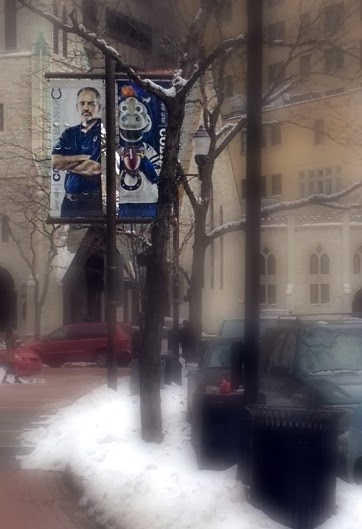 Second – they LOVE their Colts. There was Colts signage – EVERYWHERE! Every block, so many businesses, city walls, etc… – everywhere – #ColtsStrong. It was really impressive. It’s not even football season – but this city loves their team and they show it 365 days a year. It was great to see a city supporting their teams so vocally. 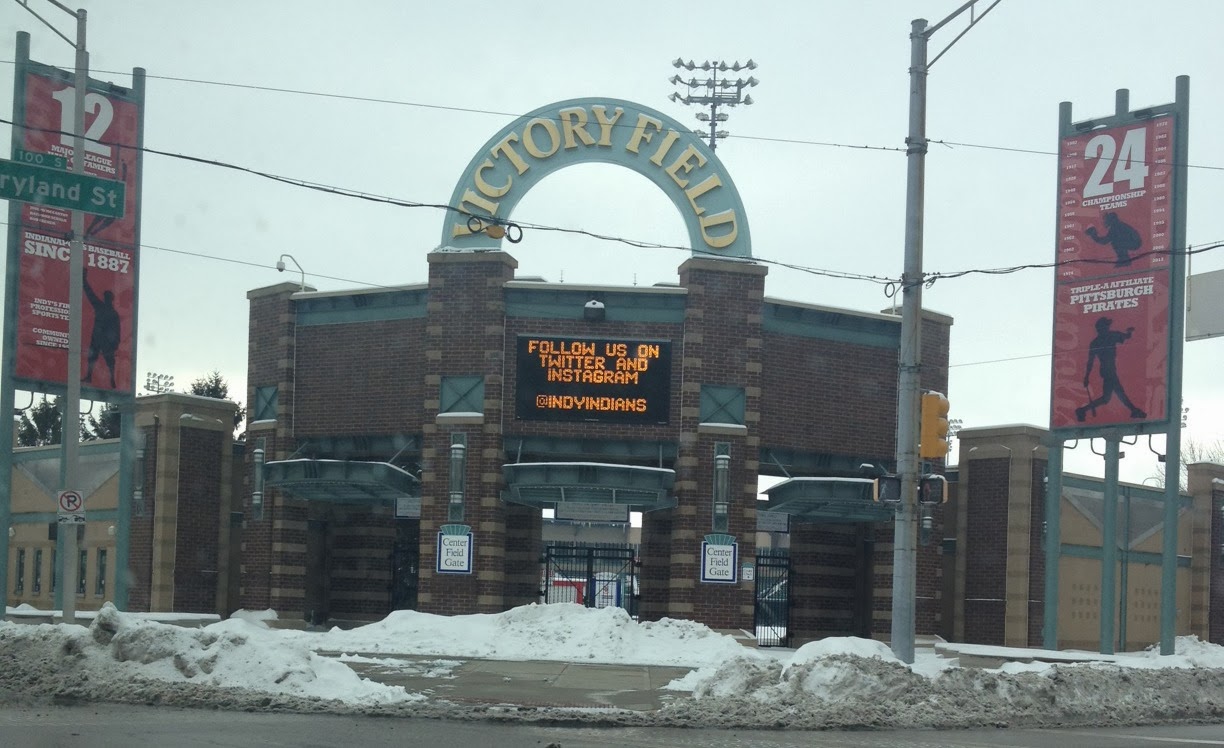 Third (and more) – they have so much to do! Just in downtown you can see baseball, basketball, football, museums, shopping (a really nice mall), theater, markets, restaurants, etc… Indianapolis has just done an amazing job making their downtown clean, safe and fun!! 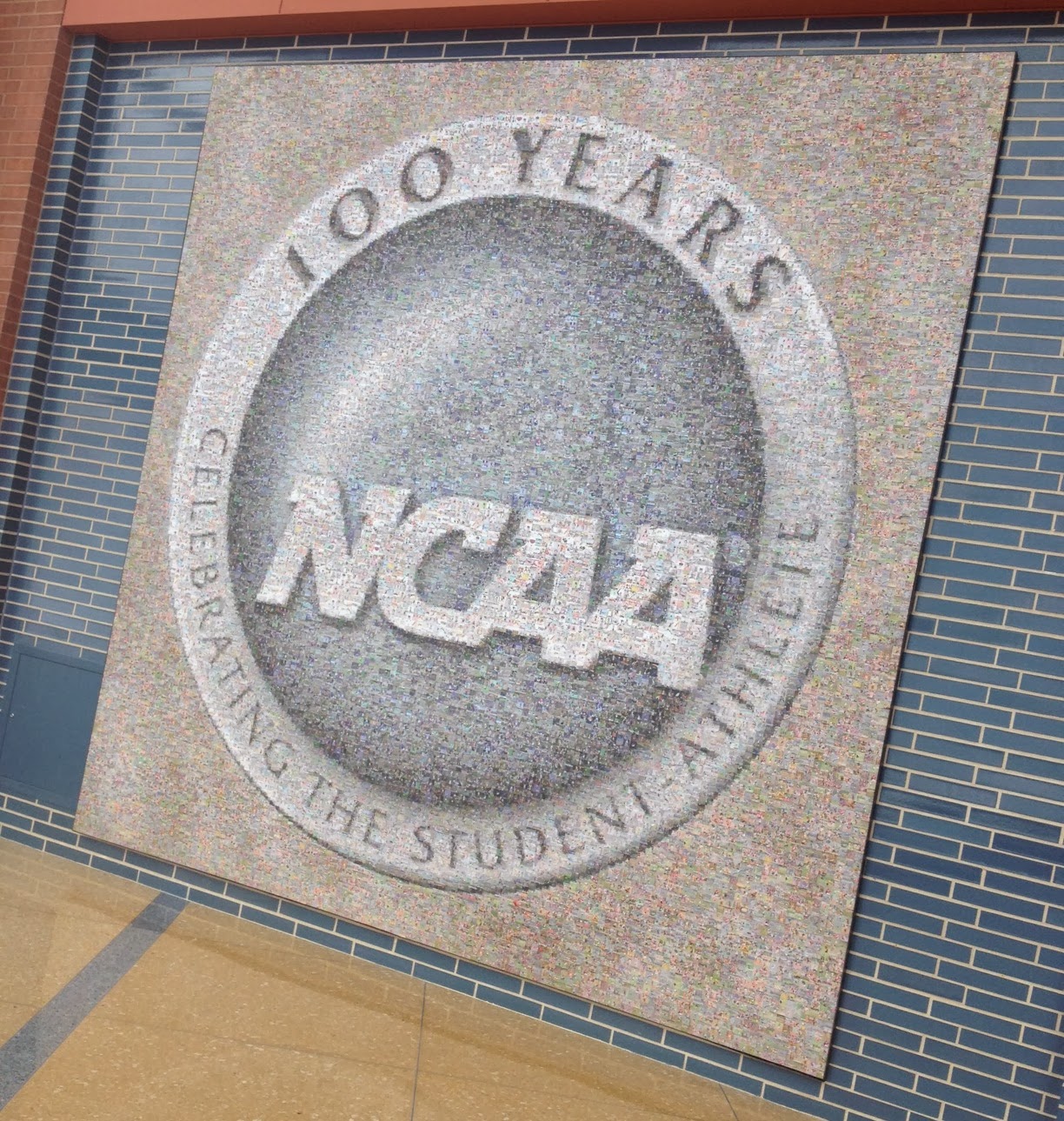 the NCAA Hall of Champions. It’s an interactive museum of sorts dedicated to NCAA sports. This mural in the front is pretty cool – looks neat from far away – then you get up close and… 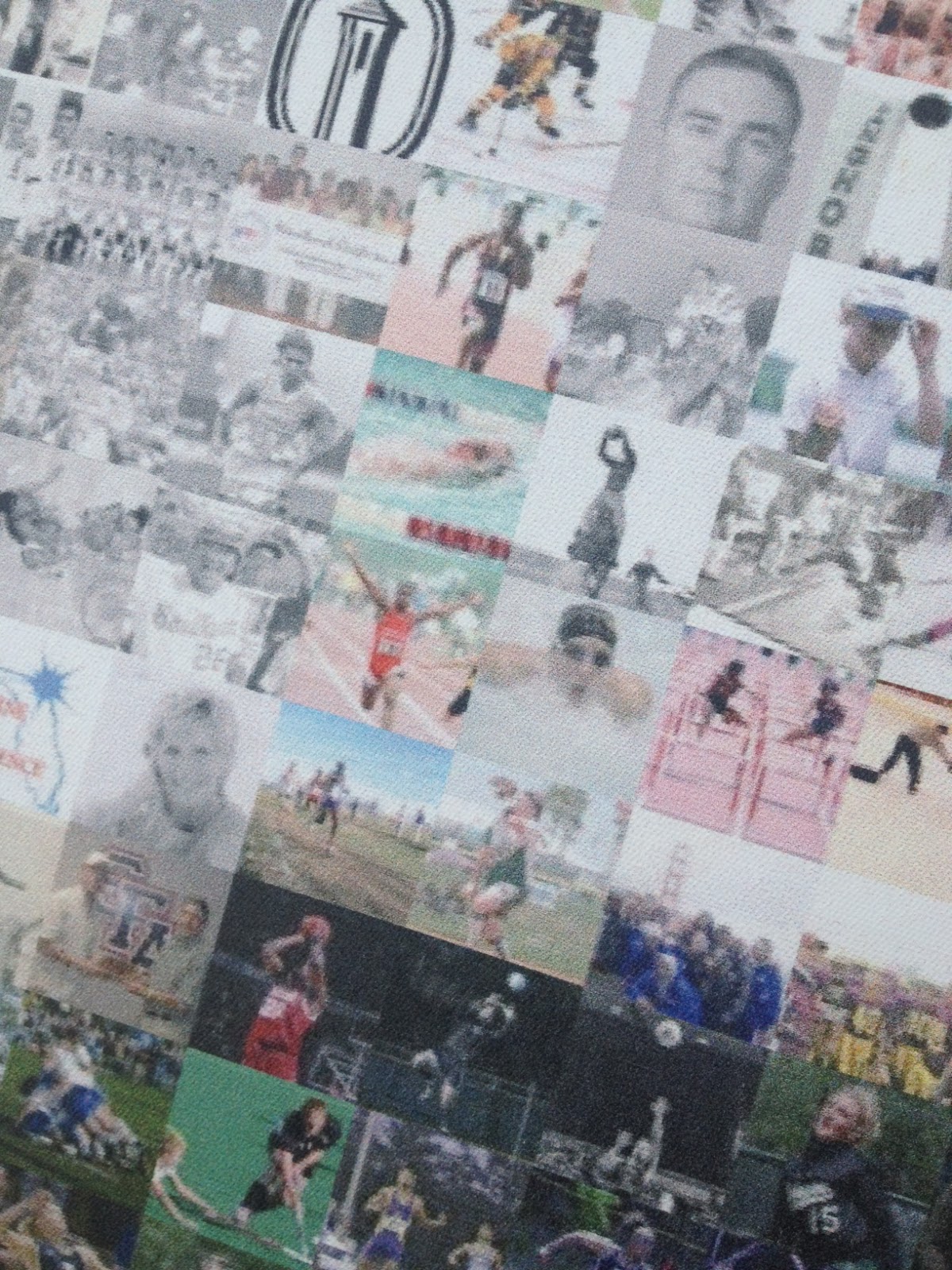 It’s made up of pics of athletes from around the country! There are interactive videos and sports exhibits that go through each of the 23 NCAA sports along with their Hall of Champions honorees. 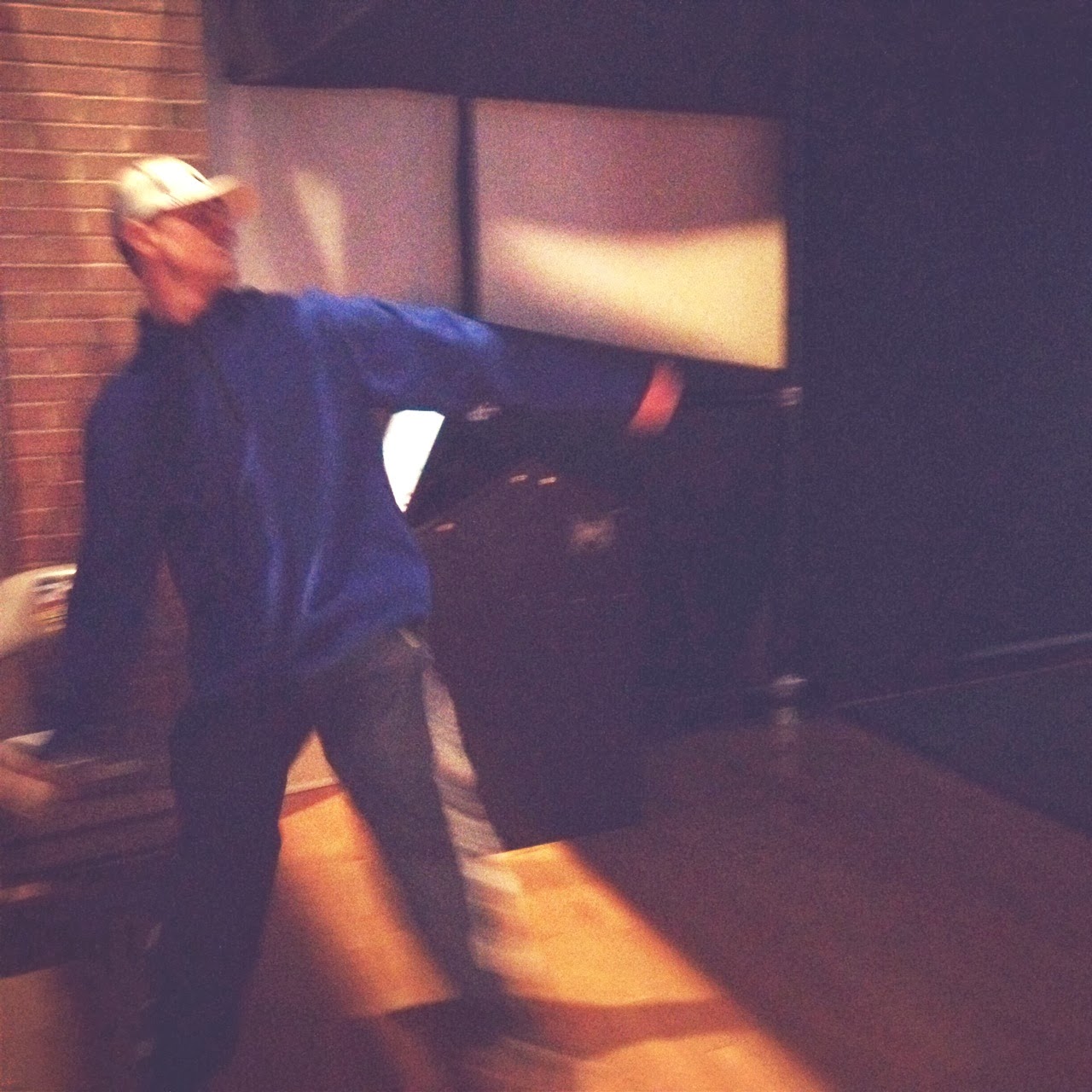 Upstairs was a little room where you could test your skills in football, soccer, basketball or baseball. Larry was burning up those pitches of course.

All in all – the NCAA Hall of Champions was fun. It’s a fairly quick visit – we were through in about an hour but if you’re a sports fan – it’s a great stop to add to the list. 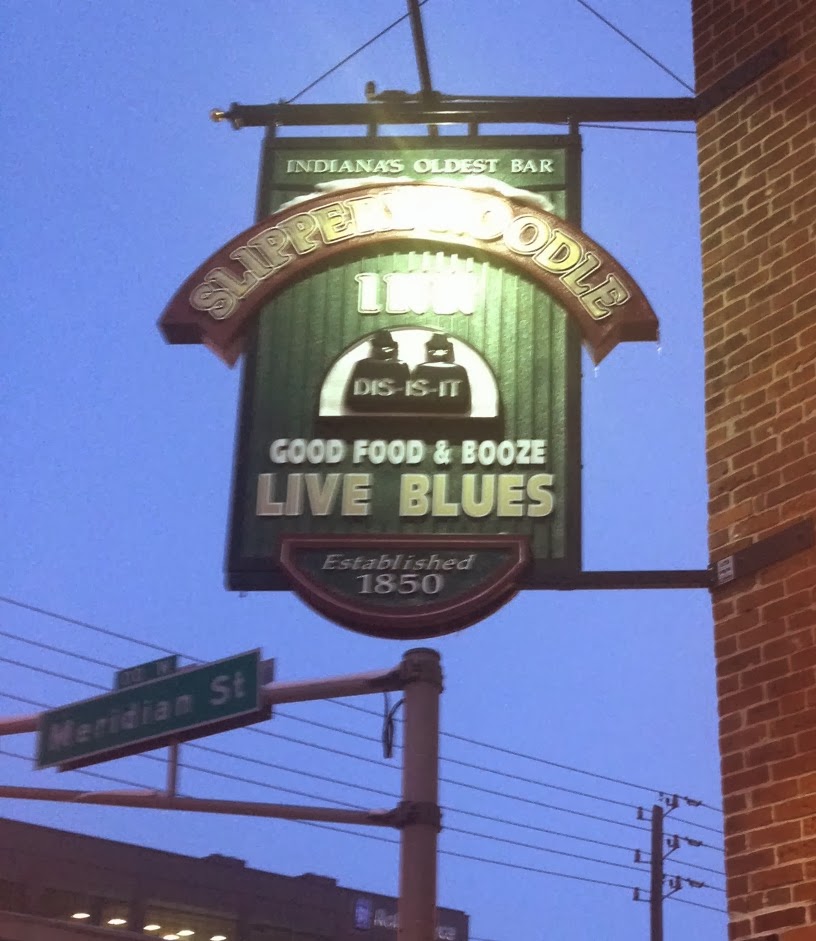 After the drive we were a bit hungry and decided to head to Indiana’s oldest bar – the Slippery Noodle – for a bite to eat. The Slippery Noodle is known for their blues and has live music 7 days/week. We were there a bit early – but still got to take a peek around. 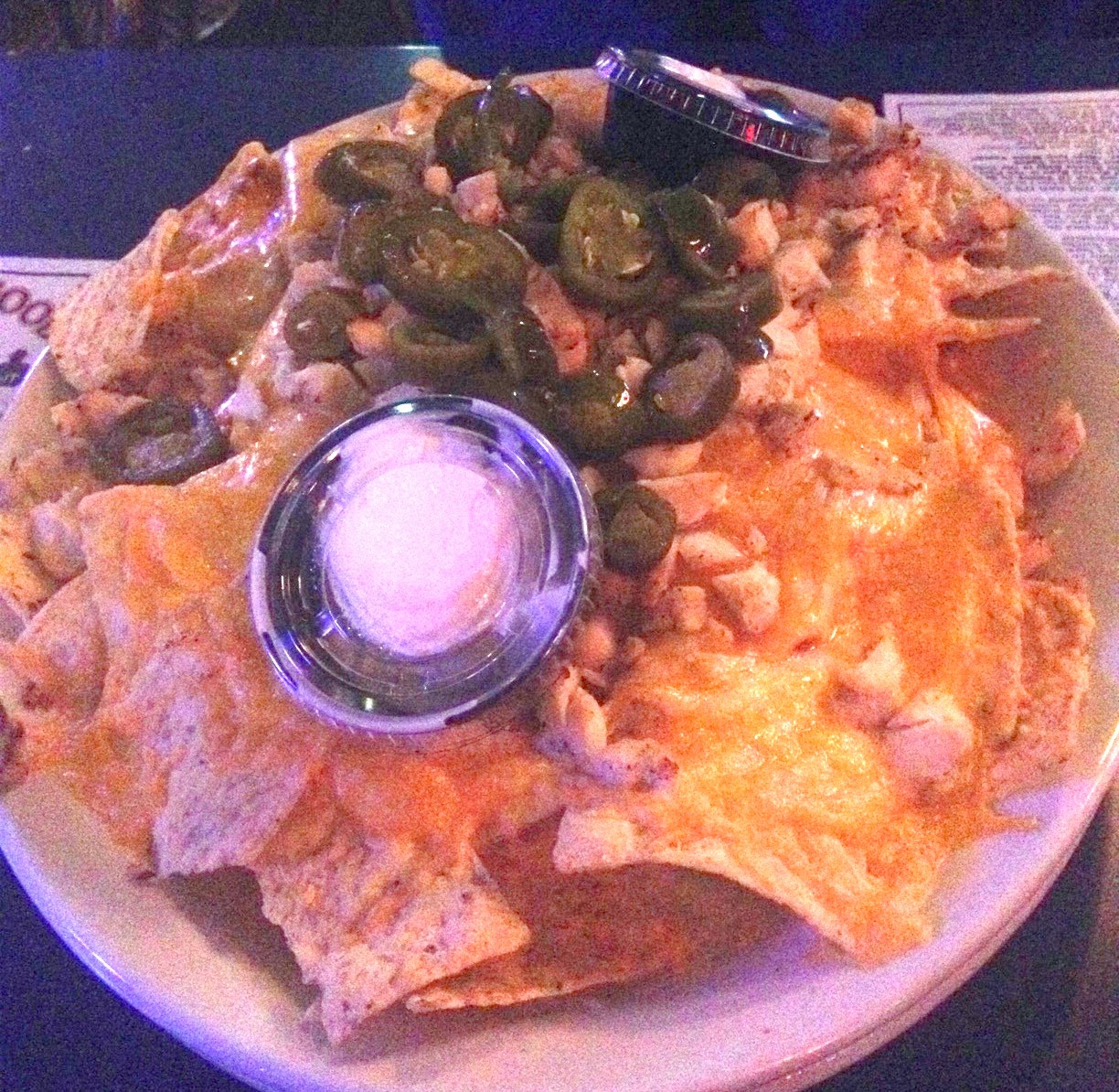 We just grabbed some chicken nachos – they were okay. The Noodle is much more known for their music than their food. The menu is large though – so there’s a lot to choose from. 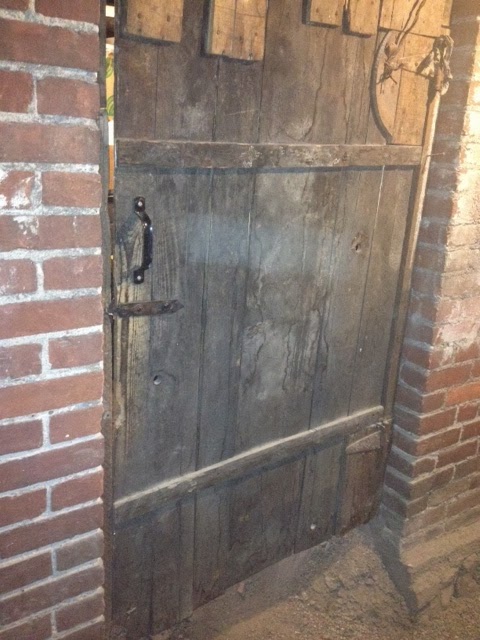 Our server took us on a little tour of the back bar and basement area and shared some of the history along the way. In the back bar – there are slugs in the wall from the days of John Dillinger.  Downstairs are rooms used in the days of the Underground Railroad.

All in all – Day One of our Visit Indy trip was pretty great – I’m definitely on my way to say that I #LoveIndy.

Disclosure: Visit Indy provided lodging and some entertainment for our trip but all opinions are my own.