I’m always looking for fun things for Larry and I to do on our drives – whether it be finding a route from a book, a site that we just have to see or – in this case – animals I must pet!
I ran across Scenic Road Rallies somewhere in the interwebs and was really excited to check this out! They specialize in road rallies (aka scavenger hunts in cars) for 4×4 – at the time – we had one…but now we have a teeny tiny hybrid! That said – they do some of their rallies for just regular cars – so we checked one out. 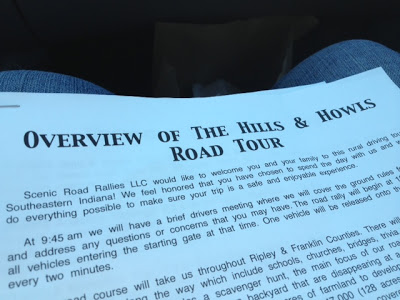 They run these rallies every month or so and it costs about $15/car – you can take however many in your car you want. We chose this one because of the end point – a wolf rescue!! Um HELL YEAH!
We met up at a school parking lot in Indiana – the rally is very organized – they have hand outs, release forms and even took a group photo at the start! Our rally didn’t have the scavenger hunt portion because we were ending at the rescue…we’re planning on trying one that does down the road. 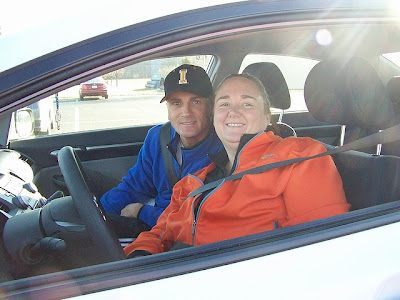 Here’s the pic of Larry and I at the starting line in the hybrid. I have to say – this may be one of the best pictures of us ever taken. He’s so handsome…wowza! 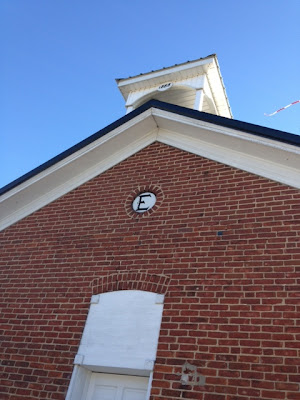 On the rally – you get a detailed tour guide that gives you non-GPS directions for a special route. These are “turn at the big dead tree” directions – so you have to have 2 people at least and you have to really pay attention! This is a church on a side road that you never ever would have seen – or maybe a one-room schoolhouse. I can’t remember and we had to give our tour sheets back at the end of the day. 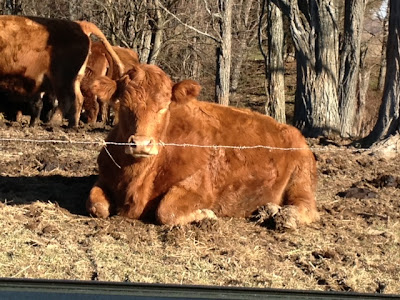 This is a cow. (No sh*t Heather…we know that.) He was all by himself – just staring at us – we had to take his picture. 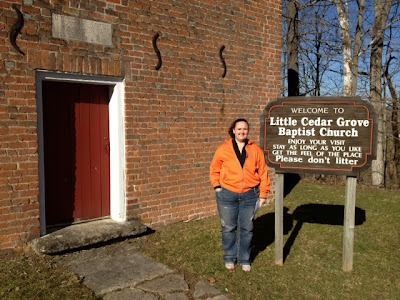 Here I am at the Little Cedar Grove Baptist Church – which is the oldest church standing in Indiana. 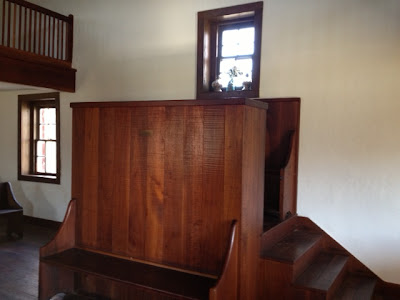 This was actually open to the public – so we went inside. I have to say – it was very “Little House on the Prairie” – I would love to step back in time and attend church there. It was just a different time. Now there are signs up asking people to not have sex inside. (SERIOUSLY!) 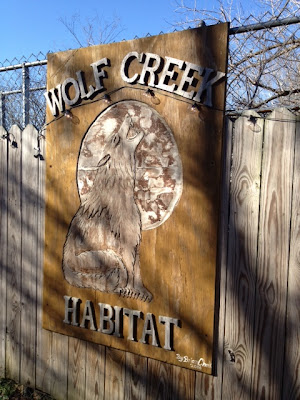 Next up was the big reason for our rally – the Wolf Creek Habitat in Brookville, IN. It’s a really cool place – the website has a ton of information. The habitat itself is free if you want to check out the animals from the observation deck. There is also a gift shop and a very educated and involved staff.
So after you learn a little about the sanctuary and find out the rules – you head in. If you visit – check their site for the rules and the information about what to wear. Basically – you’re going to get jumped on – so dress appropriately. We were allowed to take our phones in – but had to be cautious with them.
The main rule: If the wolf thinks it’s his – IT’S HIS. 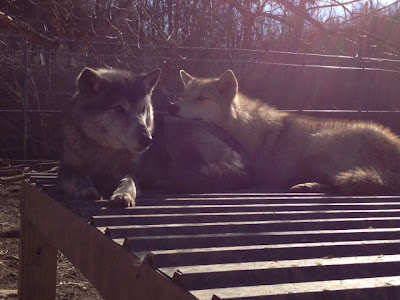 Once inside the pen – it was great – these big beautiful creatures were just hanging out with you. These two cuddled up in the sun and took a nap.

At first we sat down and a few of the wolves came over to say hi – the first few minutes are basically just letting them sniff you. I was a bit worried they might smell my dogs – but the staff assured me that wouldn’t affect them at all. They’re not dogs – even though – that’s what you think when you’re in there – “oh they’re big dogs!” 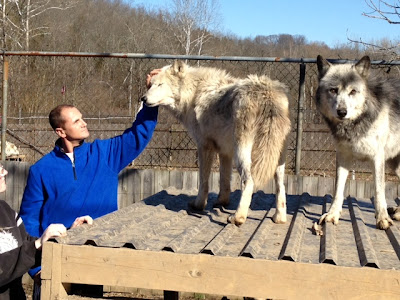 After a few minutes with them – we were allowed to get up and walk over to the platform they like to hang out on. They LOVE their bellies rubbed and to have their heads scratched. About half of them have been there since birth and half were rescued. The bottle-fed ones are much more sociable with people. If you have a pony tail – don’t be surprised if you get a new hair style by the end of the day. 🙂 They like to rub their scent on you – almost more cat-like at times. 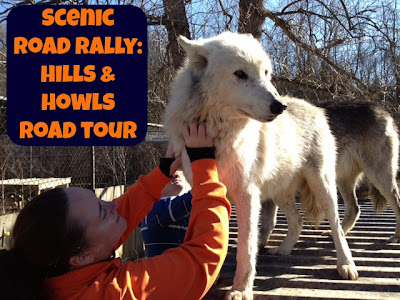 I had so much fun! The encounter with the wolves is $20 per person (and they do take credit cards). It was just so cool to pet these beautiful animals. We also learned a lot about their behaviors and their personalities. There was another area with younger and WAY more rambunctious ones – but I didn’t feel comfortable taking photos in there. Those kids were rough! 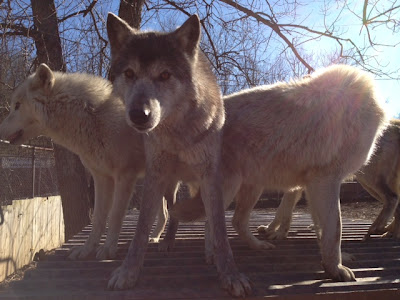 They don’t really pose – but we had a great time with them and got some interesting shots. I never felt “in danger” – they really were like big dogs as far as petting them and their behavior towards people.

If you’re thinking about visiting – I would advise a cool day – with all that fur they can tend to get agitated more quickly in the heat. We were in with the wolves for probably an hour – so it’s a good amount of time! (I was afraid it would be 2 minutes in and out.)

Overall – the Scenic Road Rally was fun and we’d do it again – especially for the Scavenger Hunt version. And the Wolf Habitat – if you’re an animal lover – go! It was great.