My husband recently talked about going sledding and I told him that I’ve never been. He was kinda shocked but my family just wasn’t very outdoorsy. One day he woke up and decided we were going to Perfect North and going tubing. Now I’m a Project Manager for a living – I like to plan. He doesn’t. I fought back a bit that I didn’t have any gloves or snow pants or even a hat! But – I lost that fight – an hour later – we were on our way. 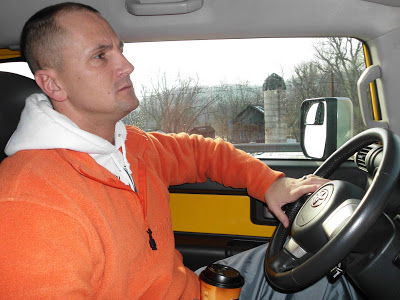 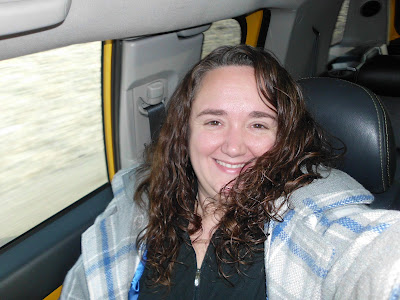 Here I am – doing the photograph that every 15 year old does – holding the camera out in front of herself. I hate when kids do that – but I did it anyway. He couldn’t drive and take a picture. I was trying to look happy and optimistic – all the while – I was a bit scared! Yes – I was scared of snow and inner-tubes. 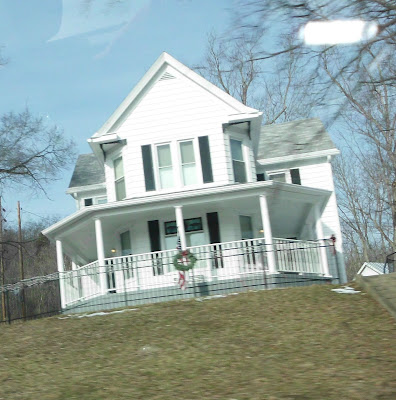 As I mentioned in my last Road Trip post I like looking at the surroundings when I’m driving. “Life is a journey, not a destination.” – Ralph Waldo Emerson.

I’m finding out that I really want a big farmhouse. Every time I see one – especially with a wraparound porch – my eyes light up! This one caught my eye for sure… 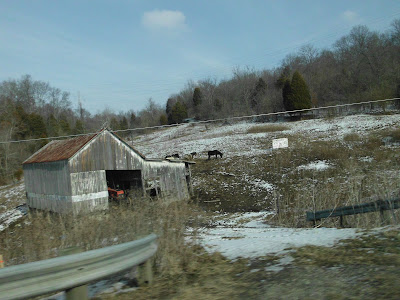 Whenever I see old barns – I want to pull over and explore. The whole “trespassing” thing has always stopped me up until now…maybe someday I’ll be a rebel and check one out. 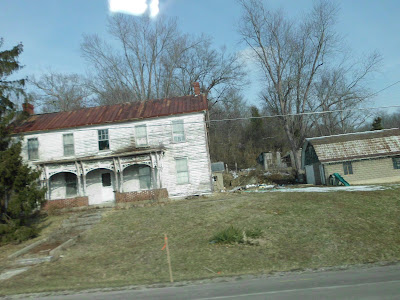 I also love seeing houses that are basically falling apart and then realizing that someone still lives there! Sometimes when I see the dilapidation I go back and try and picture when the structure was brand new. Think of the pride on that day when a new house or building was completed – makes me sad to think how that feeling has been lost. (See there’s more to me than just a love of ranch dressing!) 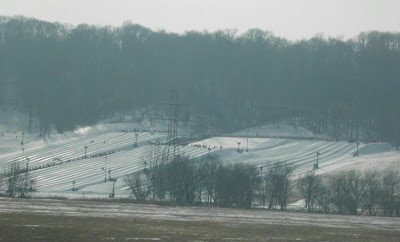 Oh here we go…Perfect North, inter-tubes, being flung down a hill by a minimum-wage earning teenager – HERE I COME!

This made me worry a bit… 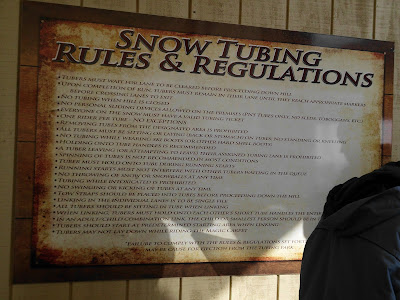 Whew! There are rules! 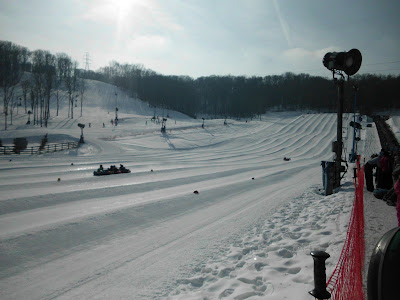 So it’s $25 for 2-hours of tubing per person. You sign the waver, pay your $$, get your tag and you’re off! Next – you grab your tube and head to the hill. There’s a fantastic moving walkway that takes you to the top. It’s the perfect outdoor activity – it requires no athletic ability! Here I was getting my first glimpse of what this was all about. 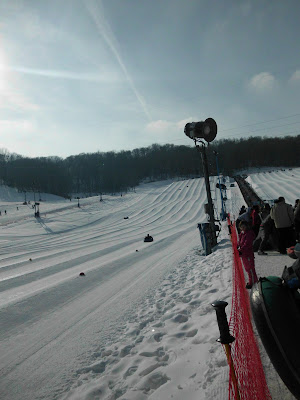 Those kids are flying! 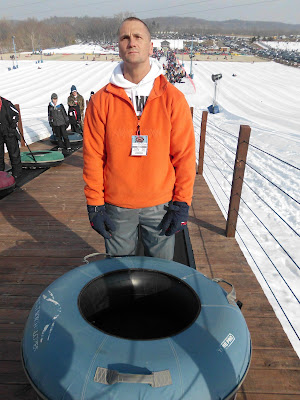 Look behind Larry – the lines were HUGE! All in all though – it took about 20 minutes round trip for each whiz down the hill. Larry’s very deep in thought deciding which hill to take.

They said this was one of the busiest days they’ve had – so I didn’t think 20 min was too bad – the line did move pretty quickly. 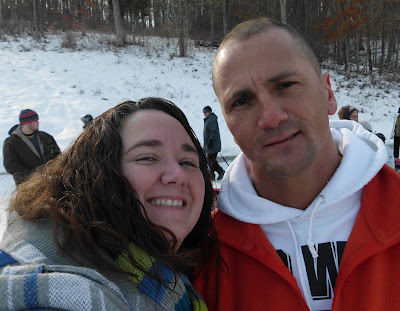 Here we are right before my first time down the hill! 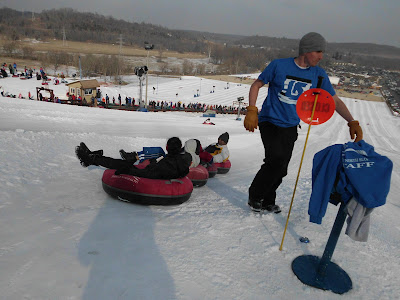 And there it is – I’m tubing!!!! I have to say this was one of the most fun things I’ve ever done. I was kinda shocked that I liked it so much! It’s not scary at all – it’s really fun – and like I said earlier – requires no athletic ability. Kids and adults – we all had fun. Admittedly it wasn’t quite dangerous enough for Larry – he wants to try snowboarding. I just wanna go back and go tubing some more. That’s plenty of excitement for me!

If you haven’t been – you should go! It is a blast! Although we were there on a day when it was in the 30s – which was perfect. The sun helped a lot. If it’s 5 degrees – mama ain’t goin tubin! 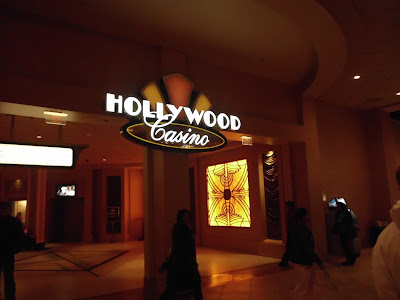 After our day of fun in the snow – we decided to stop into the casino. We were only 5 minutes away – so why not. Larry doubled his money – I lost all mine. Isn’t that the way it always works?
What a fun day out on the slopes at Perfect North! Although it’s not a cheap date – it was really fun and well worth the money. I can definitely say that it’s something we’ll do at least once/year.
Previous Post: « Winner! Winner! Chicken Dinner!
Next Post: Recipe: White Bean Chili »