So this is a super-fun post (series of posts actually) to write! I don’t get to go on vacation much – just with work and money – but recently my friend Adventure Mom invited me to ORLANDO, FLORIDA! 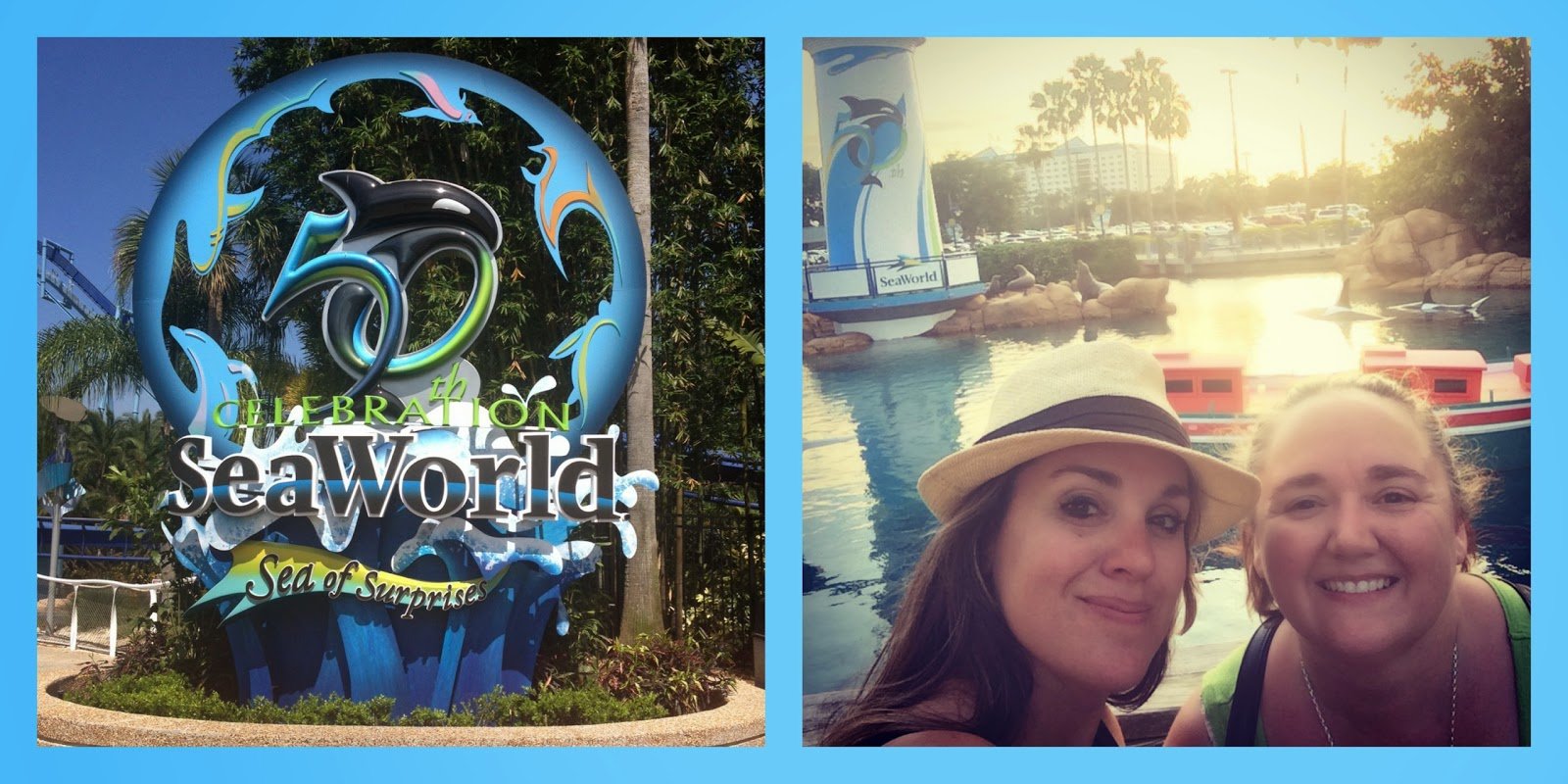 Our first stop after the flight was SeaWorld. I’ll address the pink elephant right off the bat – I know about the documentary. I love love love animals. But I went. I don’t know all the details but I’ve never been to any SeaWorld and wanted to see it for myself. 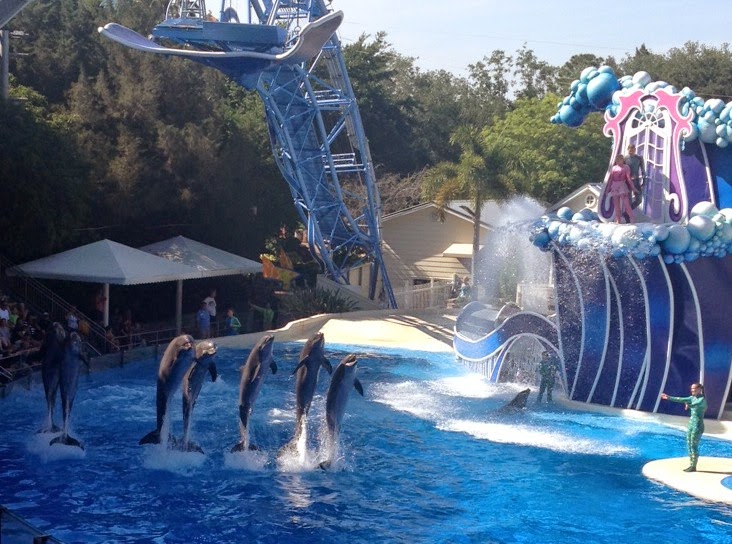 It’s really a big park and there are a ton of animals to see. We checked the show times right off the bat and were just in time for the start of the dolphin show – so we ran to catch that. Amazing! So much fun. The trainers are super-outgoing and the dolphins are adorable. It’s really amazing that they can train these guys like this. So cute! 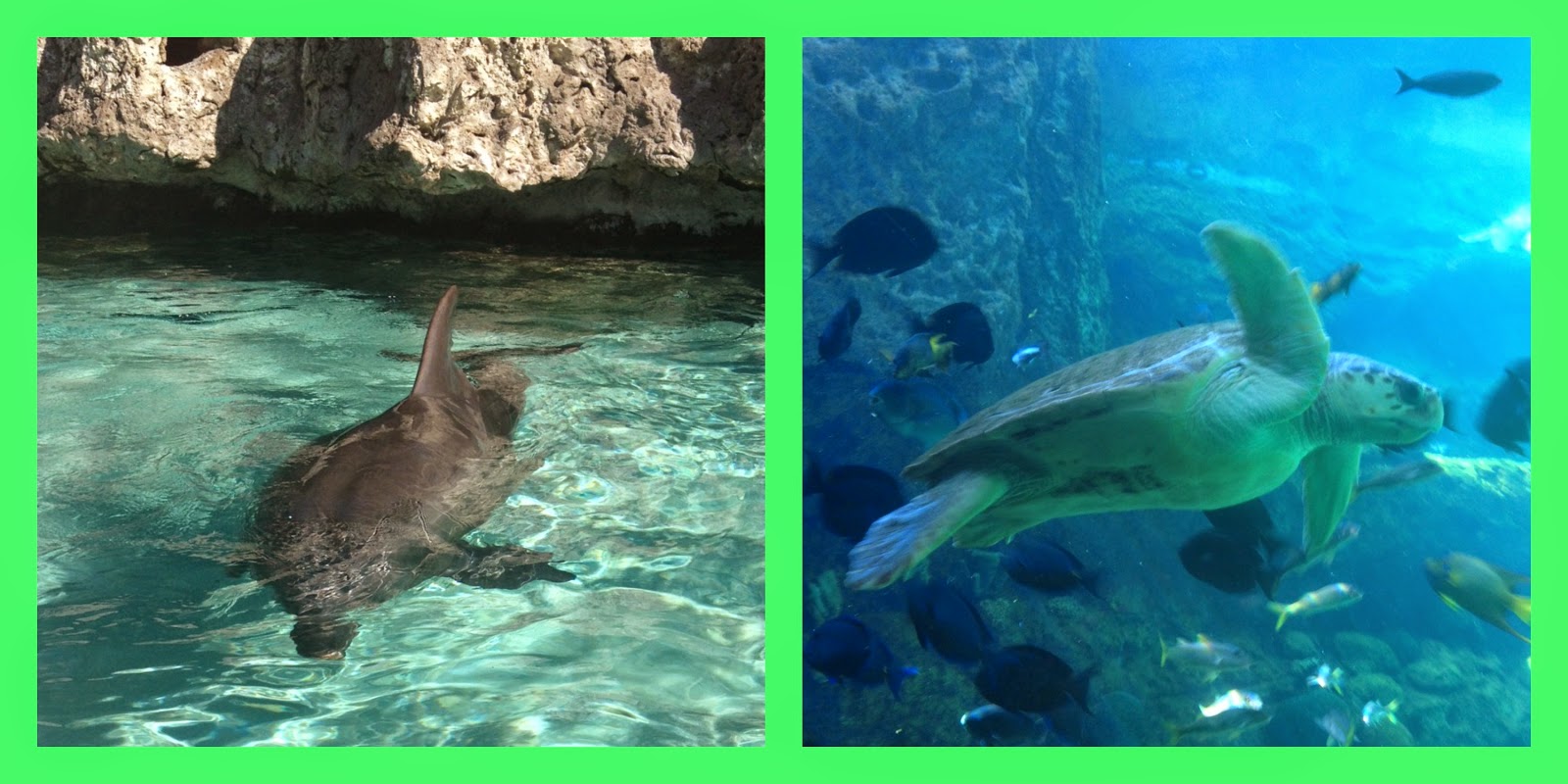 Next up – turtles. Okay – well the rest of my party went on a ride – I hung out and watched our stuff. (You can’t take ANYTHING on the rides – and the lockers aren’t cheap.) While waiting I met this adorable little British boy and he was waiting with his grandma. He looked at me – in his ADORABLE baby British accent – and said “Do you want to see the turtles?” Um yeth. So I looked at turtles and birds with my new buddy. 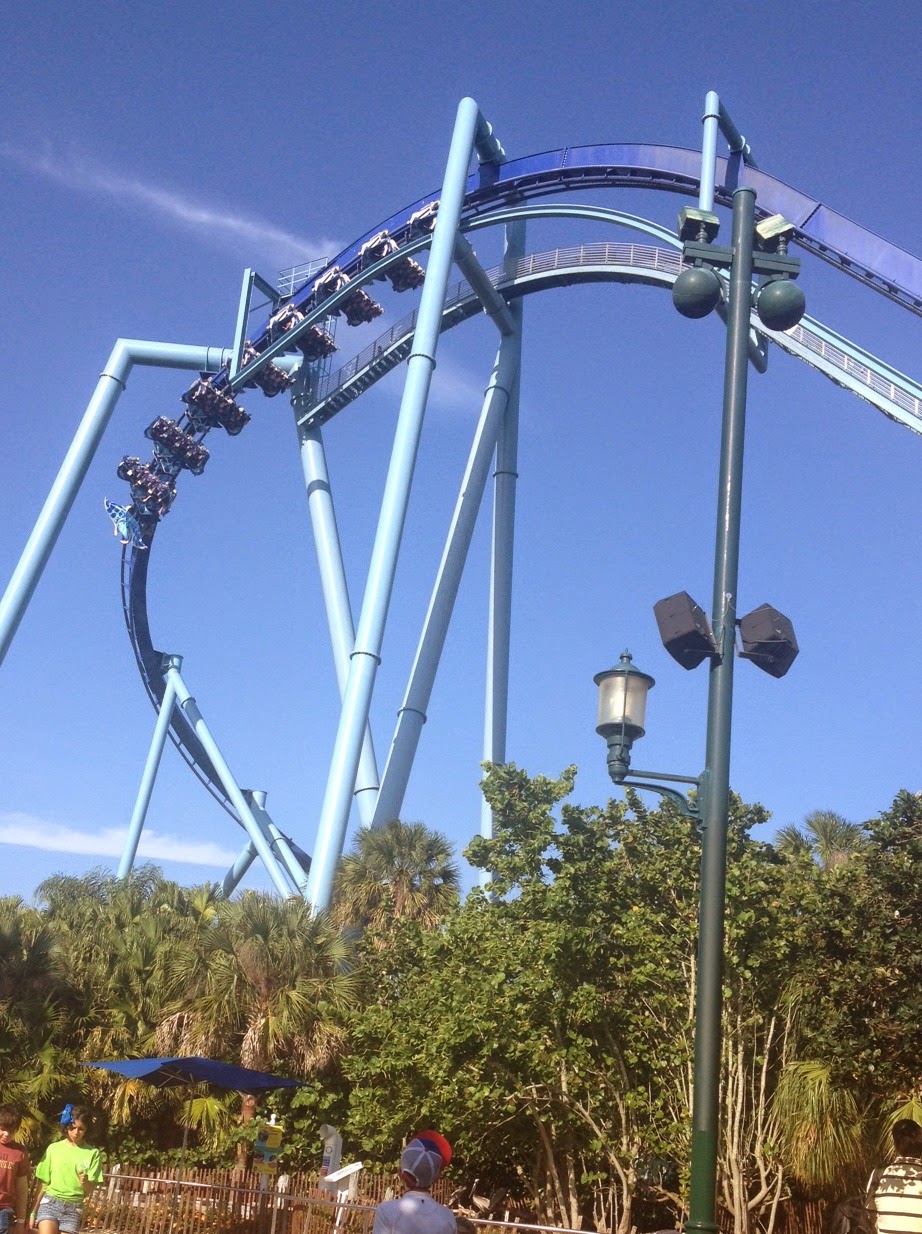 Adventure Mom + kids rode the Manta – it’s a hella-ride and as big as stuff at Kings Island. It was a thrill ride for sure and they all loved it. 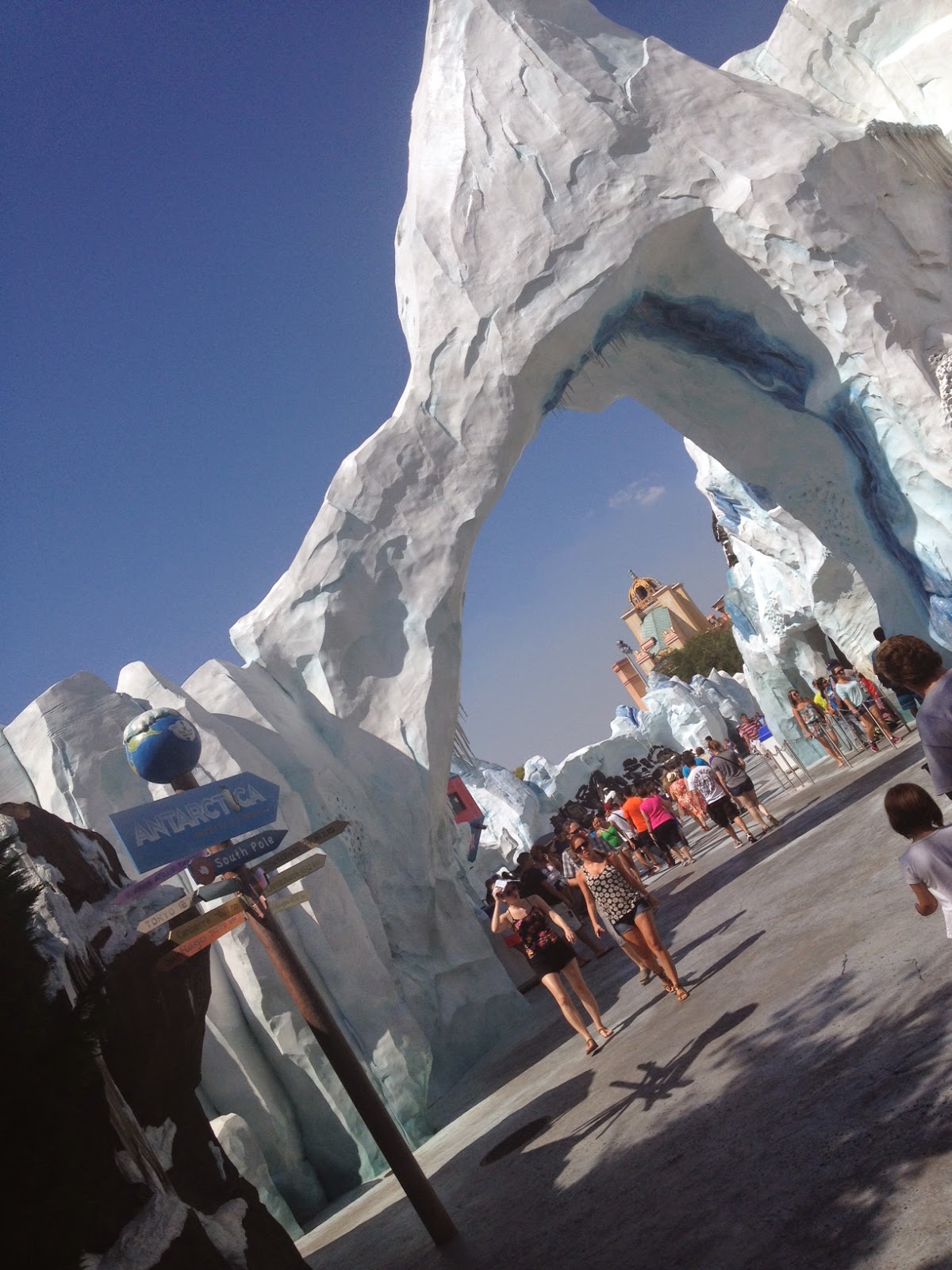 Next up was the Penguins! There were some long lines at Seaworld for the attractions – it was a 45 minute wait for the penguins. There was a bit of a “ride” once you were inside – it was sort of like a tilt a whirl without the work. 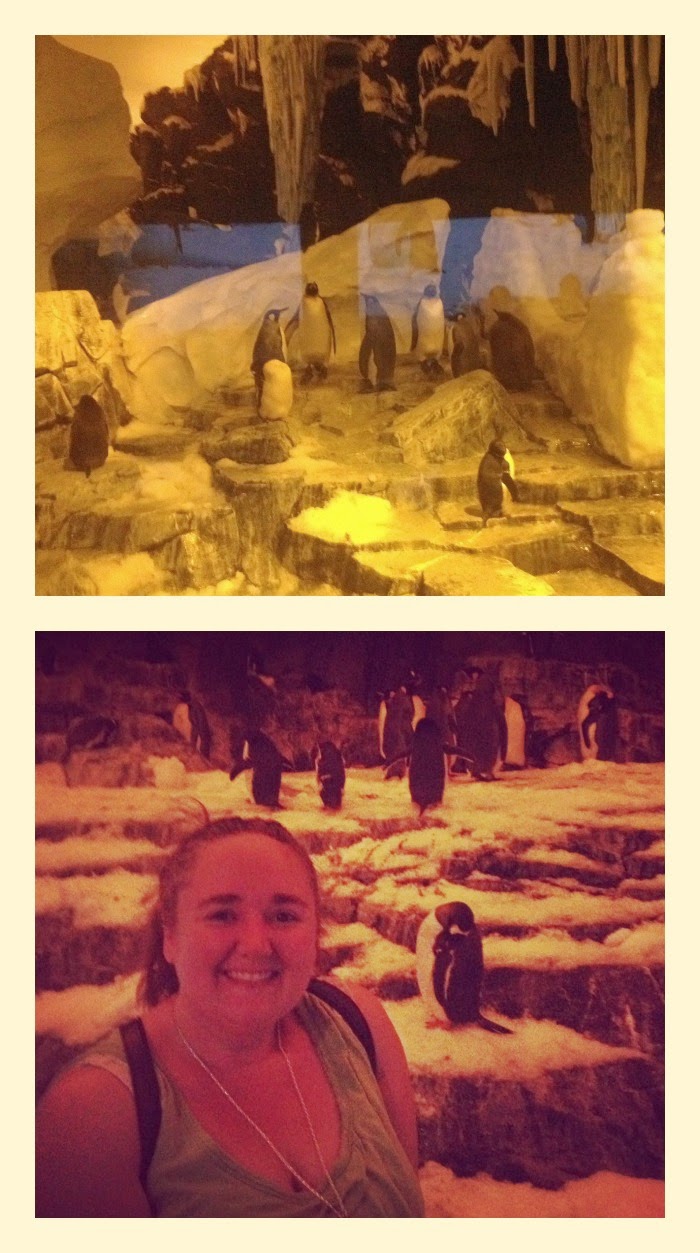 After the ride portion – you got to see the real penguins! It was pretty neat because there was open air between you and them.  There’s me and a little buddy! 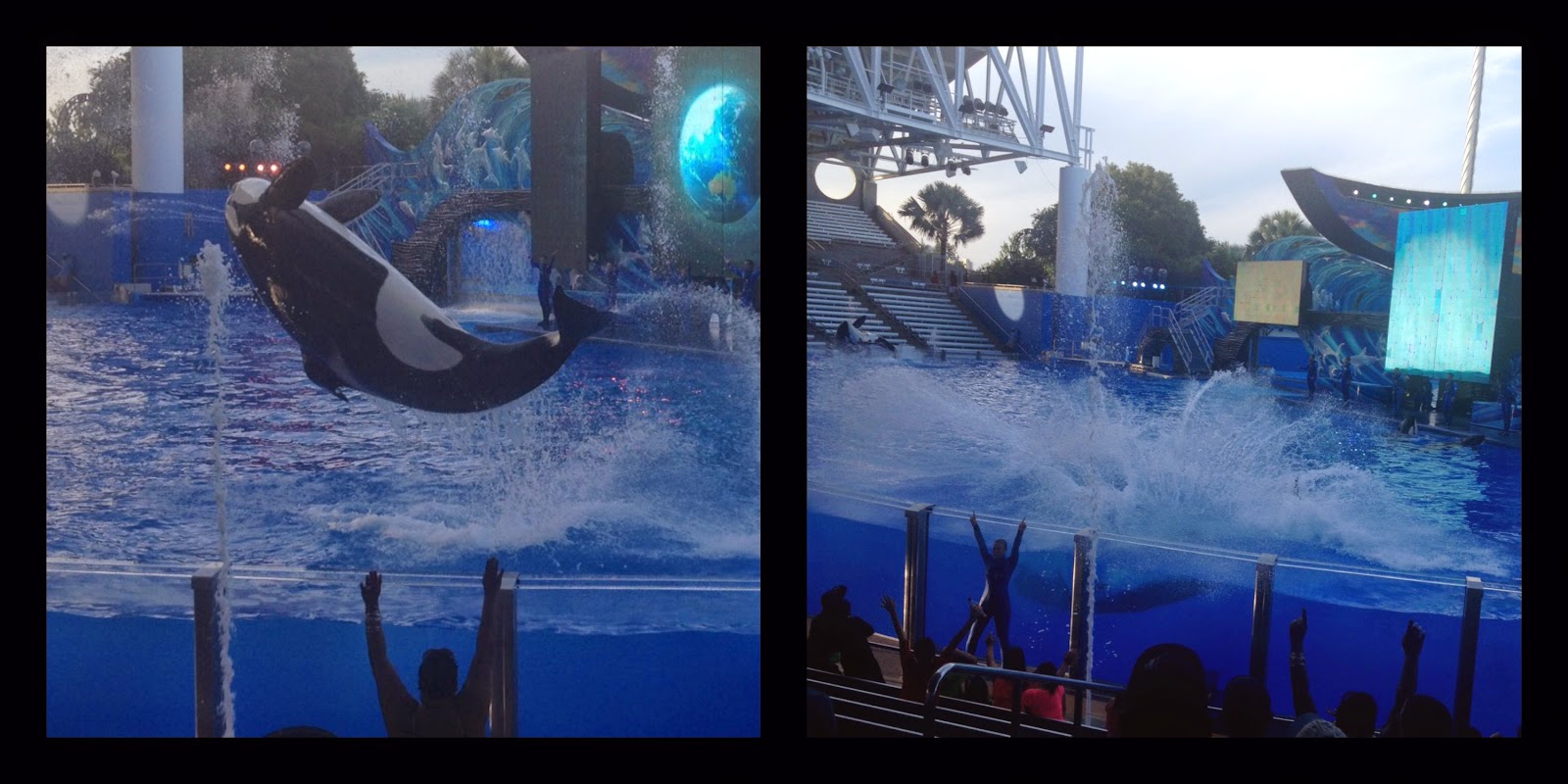 Last up was the show you really come to Seaworld for – Shamu! They actually have a bunch of Killer Whales and they are amazing creatures. The height of their jumps is amazing. They’re very talented. (Beware of the splash zone.) This show – compared to the dolphin show – is really about the animals. The dolphin show had a bit of a “story” – this was trick – trick – trick. 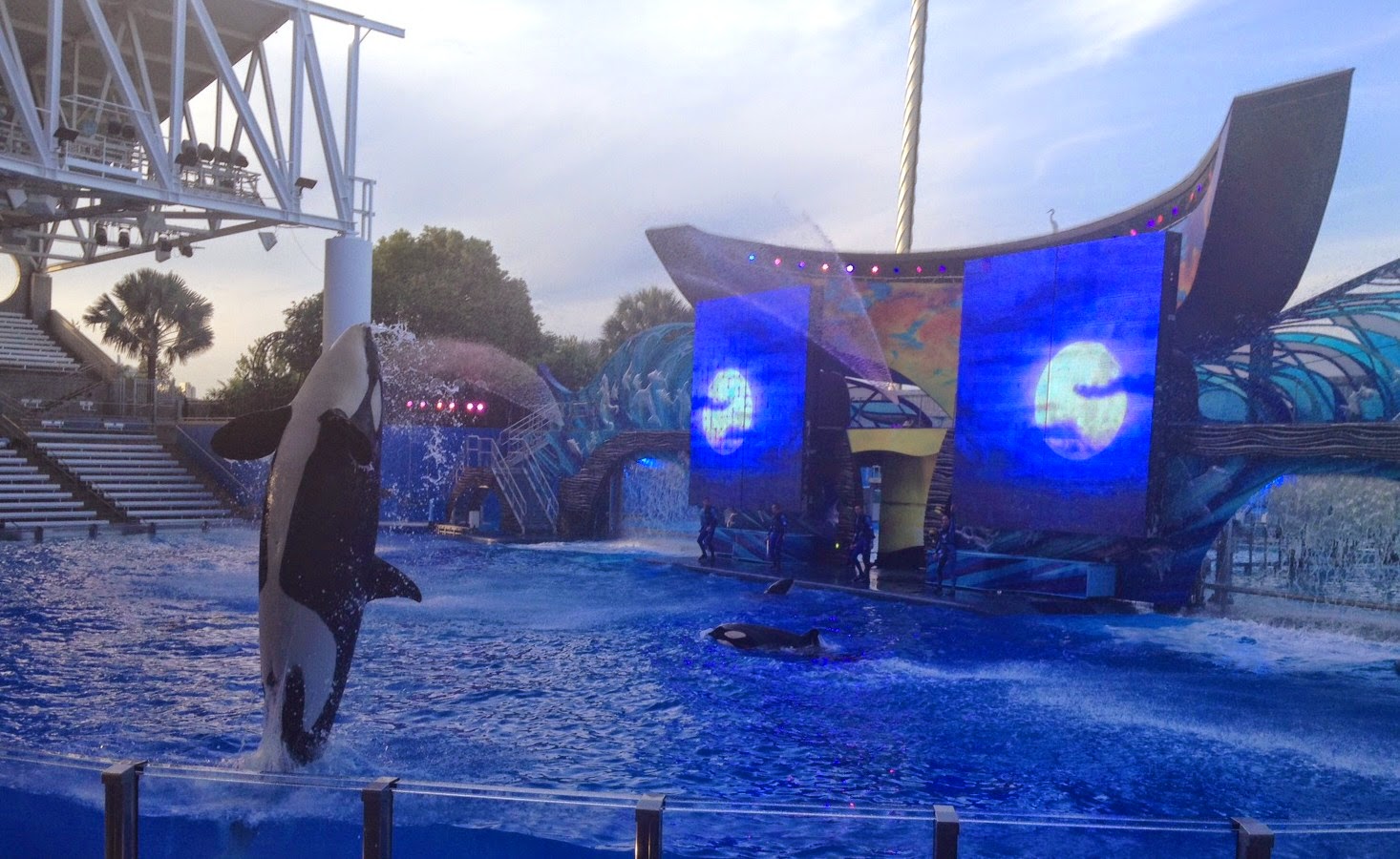 The pure size and magnitude of these animals is amazing. It’s an impressive stadium too. These – as opposed to the other rides/attractions – have plenty of room in them. 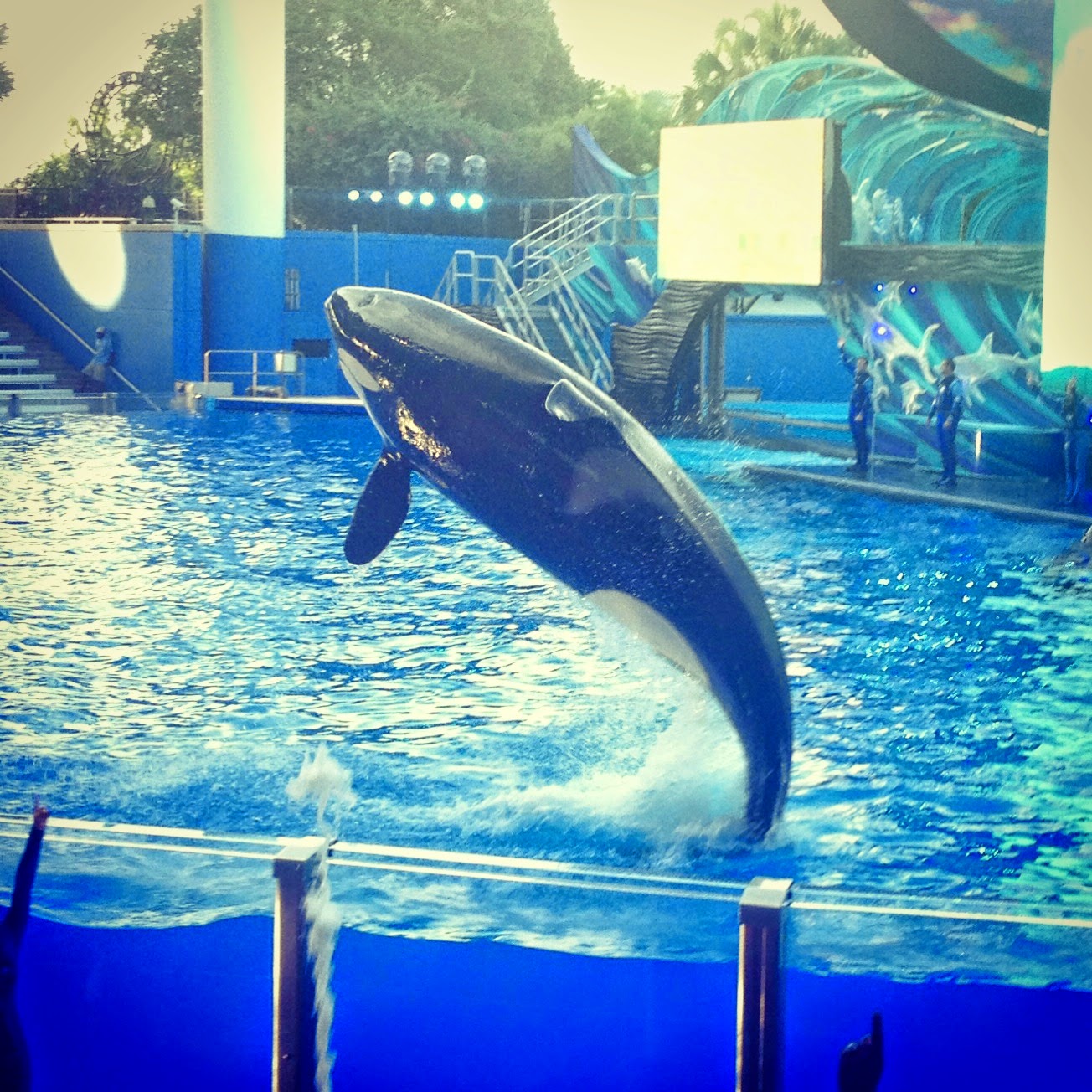 All in all – a great day was had. We really enjoyed SeaWorld – I’m more of an animal nut than my friends were – so I could have definitely stayed longer – but it was a lot of fun.


Disclosure: Our trip was provided by Visit Orlando and Allegiant Travel.  All opinions are my own.