Sometimes you just stumble upon something awesome – this was one of those days.
You have no plan – you’re just driving and you’re starving. The nagging wife grumbles, “We are NOT going to McDonalds again!” to her husband who, like a 9 year old, could eat McDonalds 7 days a week. He sighs and knows this is not the day to fight this battle and they drive on. Suddenly there it is – someplace that has food – and people bring it TO YOU at a table! But wait there’s more – big square boxes hang from the walls and what do they do? They show football games!!! HOORAY HOORAY IT IS A GOOD DAY! 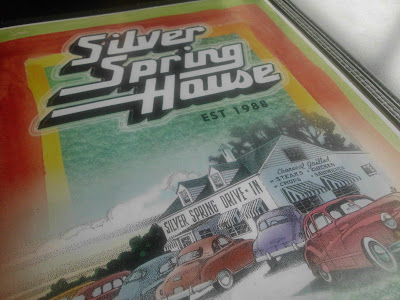 So that was our Saturday a couple of weeks ago. We stumbled upon the Silver Spring House and while I had heard of it – I really didn’t know anything about it. It looked nice though and we were REALLY hungry – so we headed in. It’s on East Kemper in the Loveland/Maineville area. 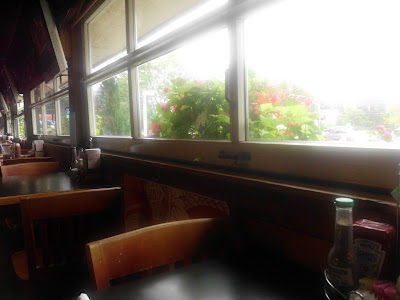 I quickly realized my favorite thing about SSH is the garage-door-style windows. The whole wall of booths backs up to these and on a nice day (which this was) many of the windows were open bringing the outside in and it was fantastic! 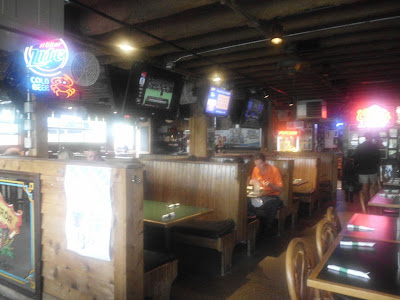 And yes – there are lots of tvs – pretty much one every 6 inches…Larry was a happy guy! 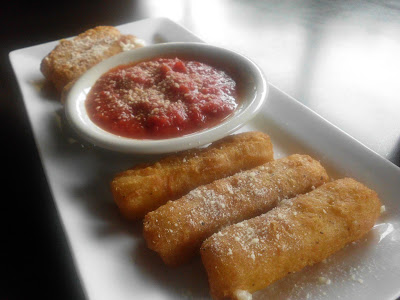 We decided to get an appetizer and one entree and just share – we were in a loving mood that day. For the app we tries the Mozzarella Sticks ($8.79) and I have to say – they were fantastic!!! They nearly rivaled those of the Tic Toc back home!

They were battered – not breaded – which is really the key. I’m just not a fan of the cheap breaded ones that you know came out of a frozen bag! These were the real deal and sooo delicious! 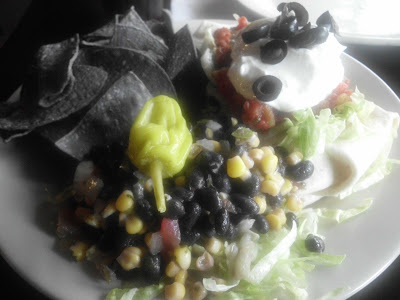 Silver Spring House is known for their chicken – unfortunately their online menu isn’t cooperating with me – but trust me – they are. But they have a huge menu with lots of great choices. We ended up going for a burrito that had their famous chicken inside. Let me tell you – NOT A MISTAKE!!!

This burrito was really great – it was full of cheese that delicious chicken. We both made a point to try a piece of the chicken on it’s own – and it was really great. Marinated in yumminess – it was full of flavor and very juicy. It definitely made us want to come back for the chicken dinner. The burrito was also covered with a black bean/corn/tomato salsa, sour cream and more. It was a delicious burrito and we devoured every bite. We both liked that it was very different from the standard El Rancho Grande or Chipotle varieties of burrito – it was it’s own thing – and it was so good.

Why Should You Go? We’ll definitely be back to Silver Spring House. I think we might have to get one order of chicken and one burrito – because we both loved this so much – it might be hard to order something else! The atmosphere is great too – especially on a nice day when those windows are open! Head on out to this Cincinnati treasure!