At my last job I worked with a Greek – we’ll call him Taco (it’s his nickname because of his crazy long last name that sounds like Savemesometacos) – took a group of us there to see his buddy that owns it. So glad he did! I love their gyros – just love love love!

Now – I don’t work with Taco and I don’t work nearby – but on one of our drives we were in the area so Larry and I stopped. Man – I won’t wait a year to do that again!! 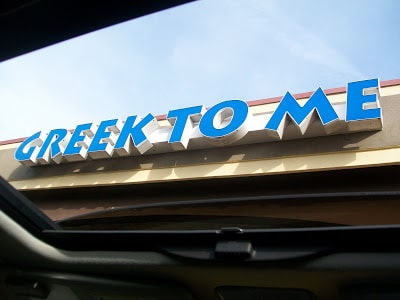 It’s in a tiny strip mall on Dixie Highway – past Crestview Hills, past Margaritas, go under the train viaduct and it’s on the left. There’s a check cashing place and Greek To Me. 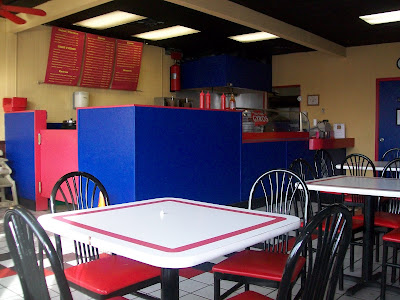 Inside – they’ve changed up the paint job since I was in – but it’s a small cozy place with a big menu board. Most importantly – big hunks of meat behind the counter – YES! 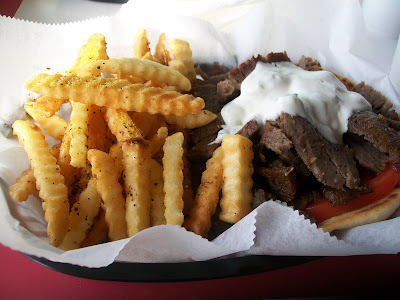 I got what I always get – the gyro combo. Delicious. It’s better than any I’ve had – don’t know why – the meat just tastes better.

Then the fries – they have lemon herb Greek seasoning they throw on them and it’s awesome. I always ask for extra!

When I first had one of these gyros I couldn’t even finish half of it! My male coworkers mocked me until I finally was able to finish it. See that’s what you get when you work with men vs. women. Women are dainty and only eat half. Men – well they make shit of you until you “finish the whole thing you pansy!”

After our bellies were full of Greek – we took the rest of our drive…here are the highlights: 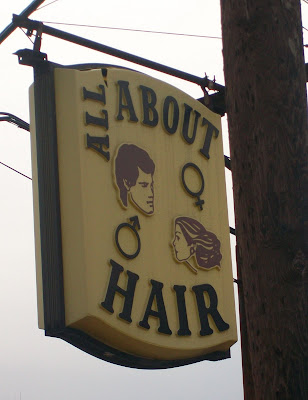 I’m big on signs right now – I keep seeing funky signs from yesteryear. I love the man/woman symbols on this one. In case I wasn’t sure if I was allowed to go in – now I know. 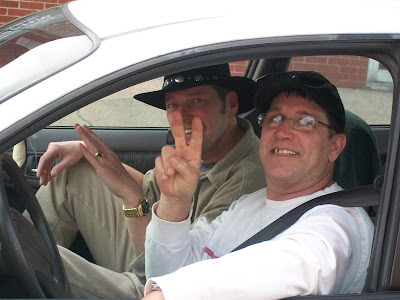 These two lovely gentlemen saw me clicking the picture at the stop sign and asked if they could be in the picture too – so sure! Here you go guys! 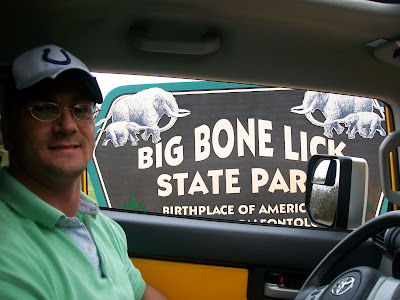 A while later we stumbled across (literally – we have no idea how) Big Bone Lick State Park. Come on – BIG BONE LICK – WTF? But in we went! (FYI – no cell reception – dropped a call to my BFF about 16 times!) 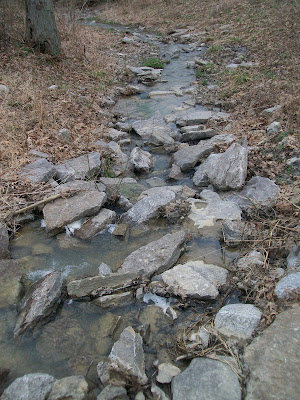 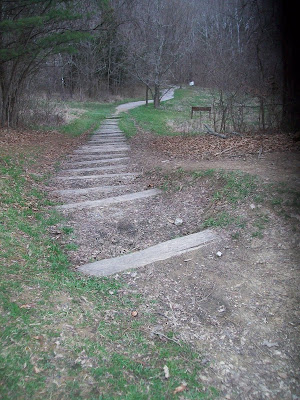 So we saw this giant hill and decided to walk up it – if there’s a hill and a walkway – there’s gotta be some reason for it. Let me say – I was damn tired once we got to the top. 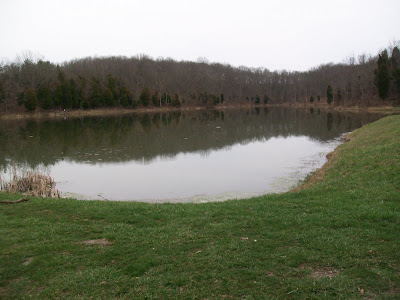 There was a beautiful lake at the top!!!! Lots of great spots for fishing…definitely will be back this summer! 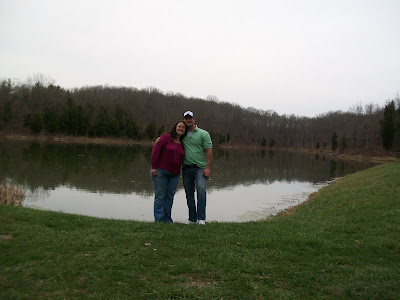 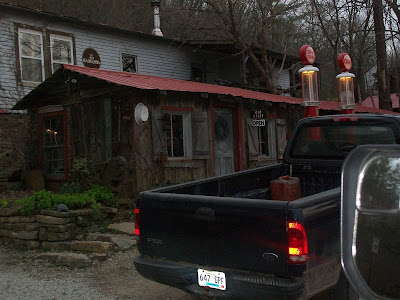 And then somehow we stumbled further to Rabbit Hash, KY. I’ve heard of it but never been and didn’t know why I knew of it – but there we were. It’s a few shops and a few houses – I can imagine how packed it is in the summertime. But Rabbit Hash is best known for electing animals as their mayors. 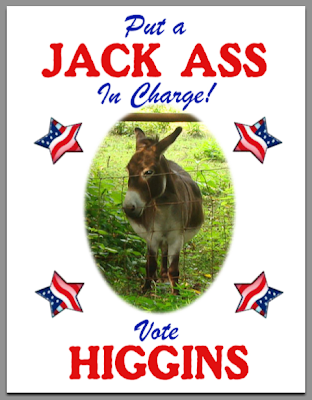 This guy didn’t win – but I do love the poster!

So there was our drive through KY – still not really sure how we got all those places and then got home – but the compass in the truck helps.

Why Should You Go? Greek To Me is my favorite gyro and it’s a locally-owned family business – what more could you ask for? Big Bone Lick is a really pretty park not too far from “town” so that’s a quick jaunt to peacefulness. Rabbit Hash – hell I don’t know – but I bet there’s a party there every day in the summer. And the views are great!

Previous Post: « Who Doesn’t Love a Chocolate Croissant?!
Next Post: A big Wal-mart and good Mexican – all within 10 minutes of my house! »