I’m taking a departure from food for a moment. It’s 5am and I’m awake – not because of Prince – because of my husband. (grrr – don’t ask). But what’s running through my head? Delirious. Purple Rain. It. Sign O The Times. Lyrics upon lyrics just keep circling. What is scoobaloop? And why is it on his face? (If you don’t know that…this may not be the post for you.)

Why is it hitting me so hard that Prince is dead? Even typing that makes me tear up. It can’t be true. He’s an icon. You knew Michael Jackson was going to die early – he was so f’d up. Whitney had gone off the deep end. BOBBY! BOBBY! (Just remember her wailing that in Africa) But not Prince. He was kind of “the normal one”.

I have so many memories. His music got me through tough times. His music brought me joy. His music is part of why I’m the Food HUSSY. It’s his fault – so don’t blame me. He brought out this life in me.

I remember my brown “leather” cassette case. I was a bit OCD as a child (no idea where that went) but I loved to have things in order. I would order and reorder my cassettes – alphabetical based on artist, based on album name, based on my favorite at the moment, etc. But after a while the case was full of only one artist. And for a while – he didn’t even have a name.

I remember Thieves in the Temple. You see – his best songs never even hit radio stations. That was from his 3rd movie – Graffiti Bridge. Never saw it? Well – it was no Purple Rain. But I choreographed a dance to that song in my living room after school. I performed it for the dust bunnies under the table every day after school. That song brought out LIFE in me.

Love come in a hurry

I can hang when you’re around

If you’re not there

There are thieves in the temple tonight

I feel like I’m looking for my soul (Soul)

There are thieves in the temple tonight

Looking back on those lyrics – no wonder that song spoke to me. There were thieves in my temple at that very moment. I was a senior in high school and I was being molested by a family member. It had been happening for 8 years at that point. I danced in my living room with desperation – I still remember it – looking around to the sky – reaching for a rope to pull me through – but I didn’t have a rope. I had the music.
Later – after college – I dated a douchebag that wore too much man jewelry. But he introduced me to the realization that “sex is natural, sex is fun” as George would say. And he played a Prince song while we were…ahem…having a moment.

I think about IT baby all the time, all right

IT feels so good IT must be a crime, all right

I wanna do IT baby every day, all right

In a bed, on the stairs, anywhere, all right

I wanna do IT baby all the time, all right

Cuz when we do IT girl, IT’s so divine, all right

Well you get the point. The fact is though – IT made me realize that sex can be great. IT can be liberating. And you do wanna do IT baby all the time – all right?! Yes – it’s all right!!!! IT took away some of the shame from being molested. Bet he never thought a song about bangin’ could do that?!
But beyond helping me through shit…and it really was shit. Prince always had one message that came through in his songs.
We all have our problems
Some big, some are small
Soon all of our problems
Will be taken by the Cross

A belief in God. The Cross is, in my opinion, his best song ever. It’s from Sign O’ The Times and starts as a ballad and then kicks into hard hitting rock n roll. It’s best heard in the car when you’re sobbing and played at full blast – make sure your car is parked though – don’t need any car accidents from it.

His belief in God is EVERYWHERE in his music. And whether or not you believe in God or not – it doesn’t matter. His belief got him through all of his shit. And it really was shit.

I wish radio stations had continued to play his music. Funknroll was one of his later songs – in his latest afro-filled reincarnation with a girl group called 3rdeyegirl. It felt like old school Prince and it was fantastic.

I wish I could say thank you – one more time.

I never met him. I never said thank you to his face. But every time I danced, or “sang” (my 2nd grade teacher said I had no pitch – screw you lady!) – I was saying thank you.

So why is the loss of Prince hurting so much?

Because I wouldn’t be who I am today without his music. Without him. And that is something I cannot thank him enough for. 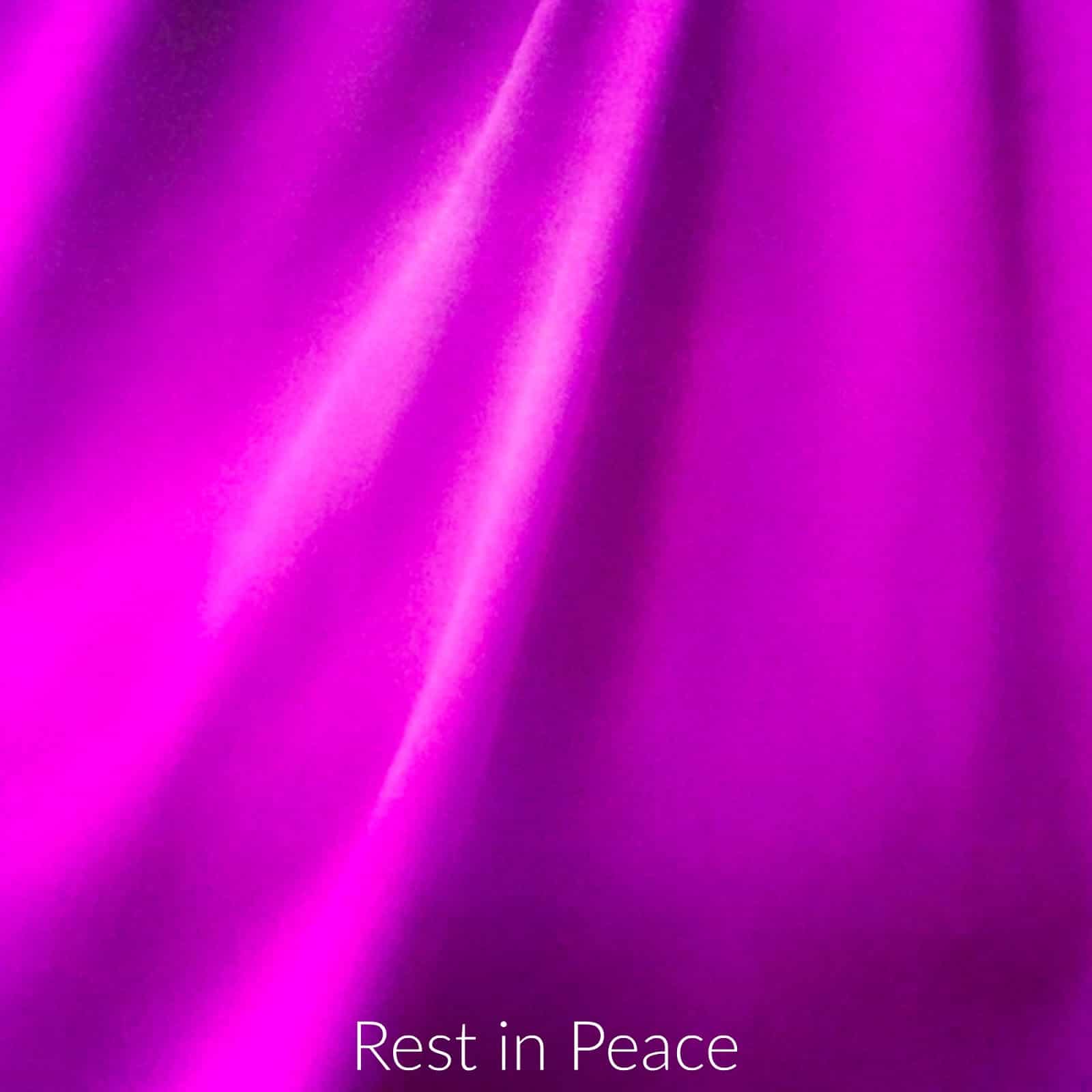