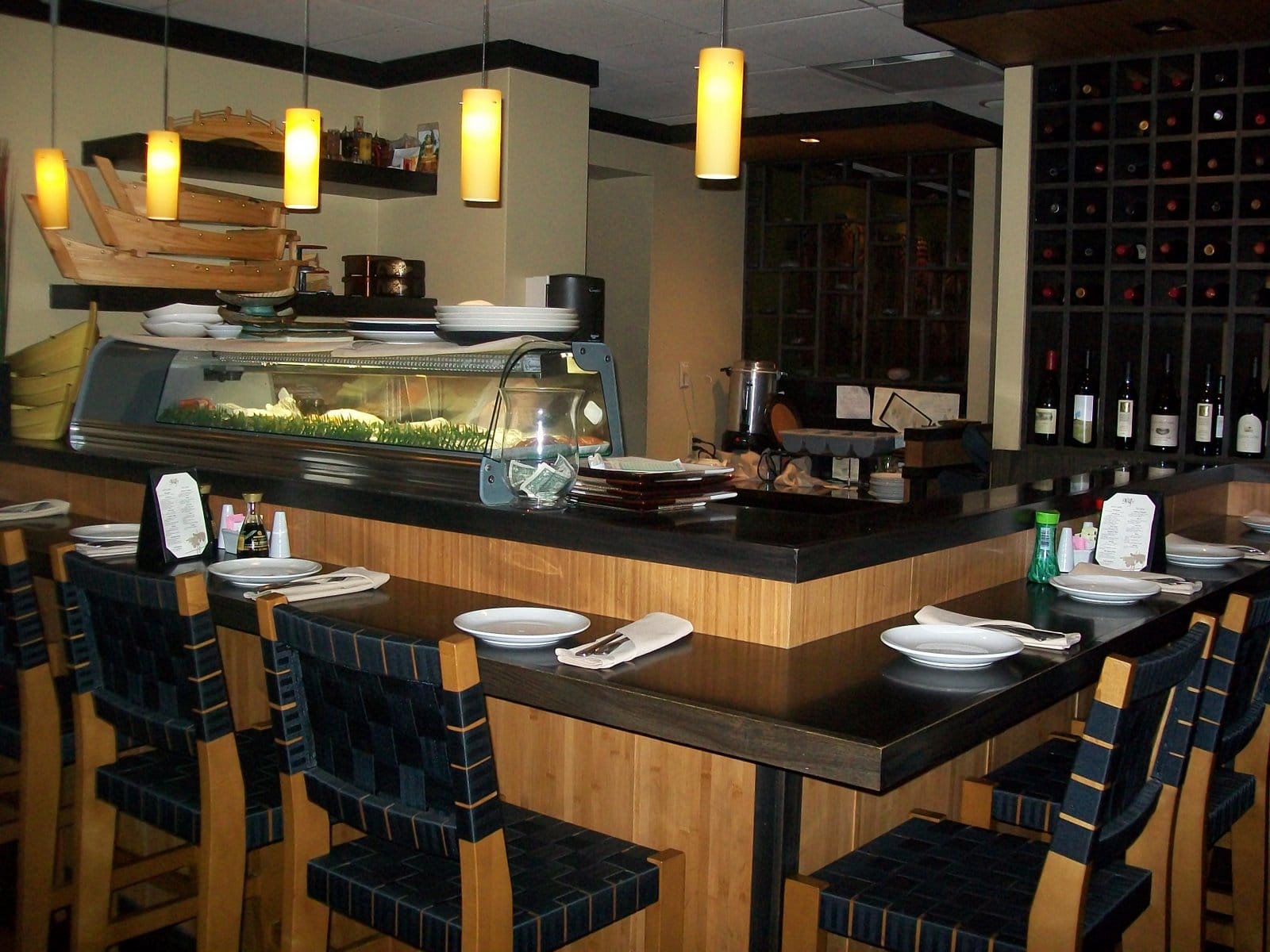 My friend decided to treat me to dinner at Wild Ginger last week. It’s newly expanded and I haven’t been since the big snow storm of last year. It was the only place open so we had a blast foraging in the blizzard.

Wild Ginger is a nice Thai restaurant in Hyde Park across from Penn Station and next to the 24-hour Busken. I have heard a lot of great things about WG but tend to be pretty partial to RuThai’s in Mt. Lookout. I kind of think everybody has one Thai place they can like and any more than that and their brain can’t take it.

That said – I went with a semi-open mind – I had heard about the coconut creme brulee – and I LOVE creme brulee and love coconut even more – so I thought – w00t! Well…not so much…but more on that later.

First we went for the edamame – and it was fine – I mean – it’s soybeans with salt – what can go wrong. I tried some but about a year ago, I ate a whole bag of edamame one time and it kinda made me sick. It looks good though! 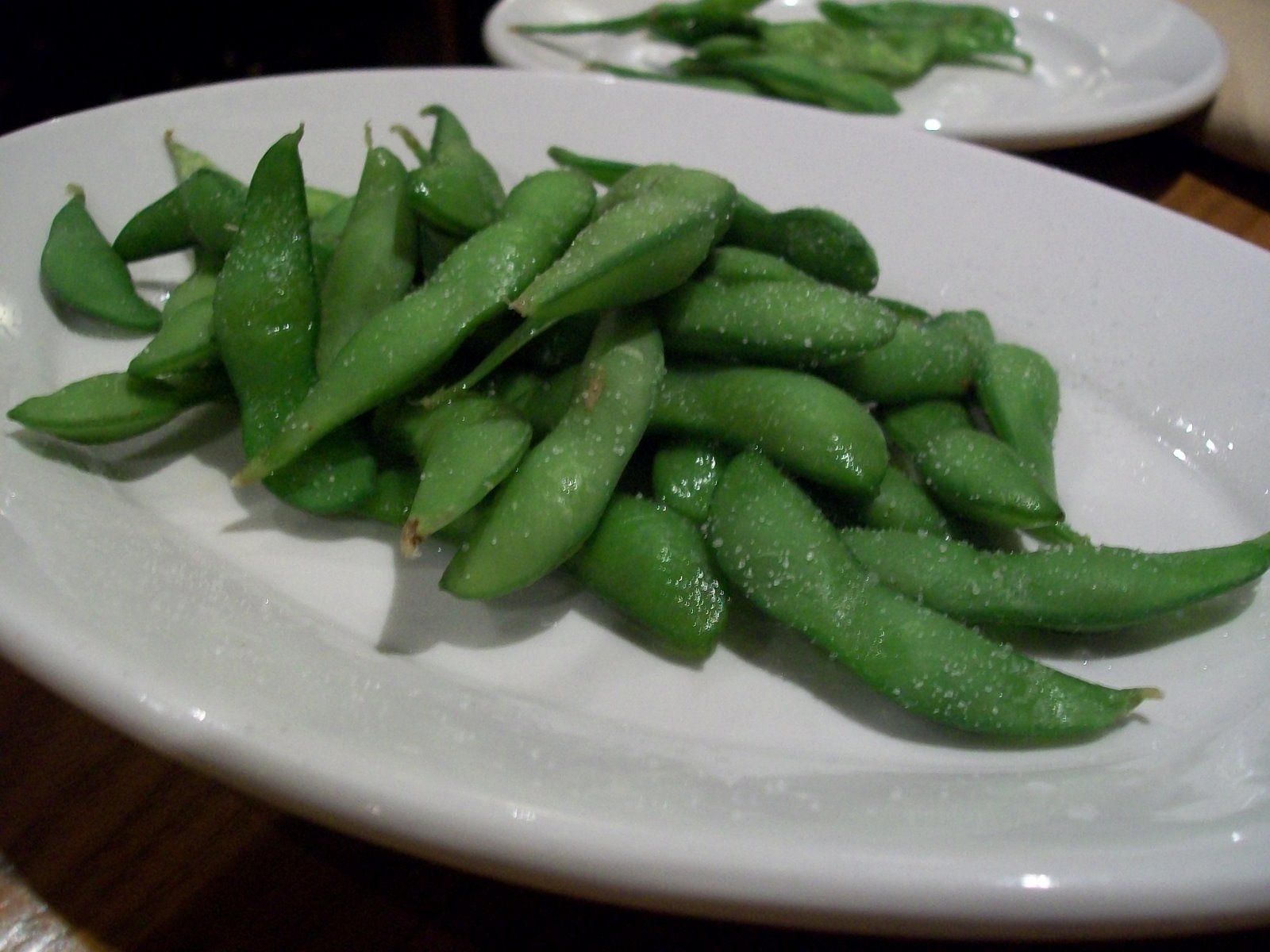 Then it was dinner time. Scott went for the “chili beef” type of Thai. I don’t remember what their version is called – but it’s a lot of veggies, some beef and brown rice. Scott did enjoy it – I didn’t think it was quite as good as RT but he was happy with it. 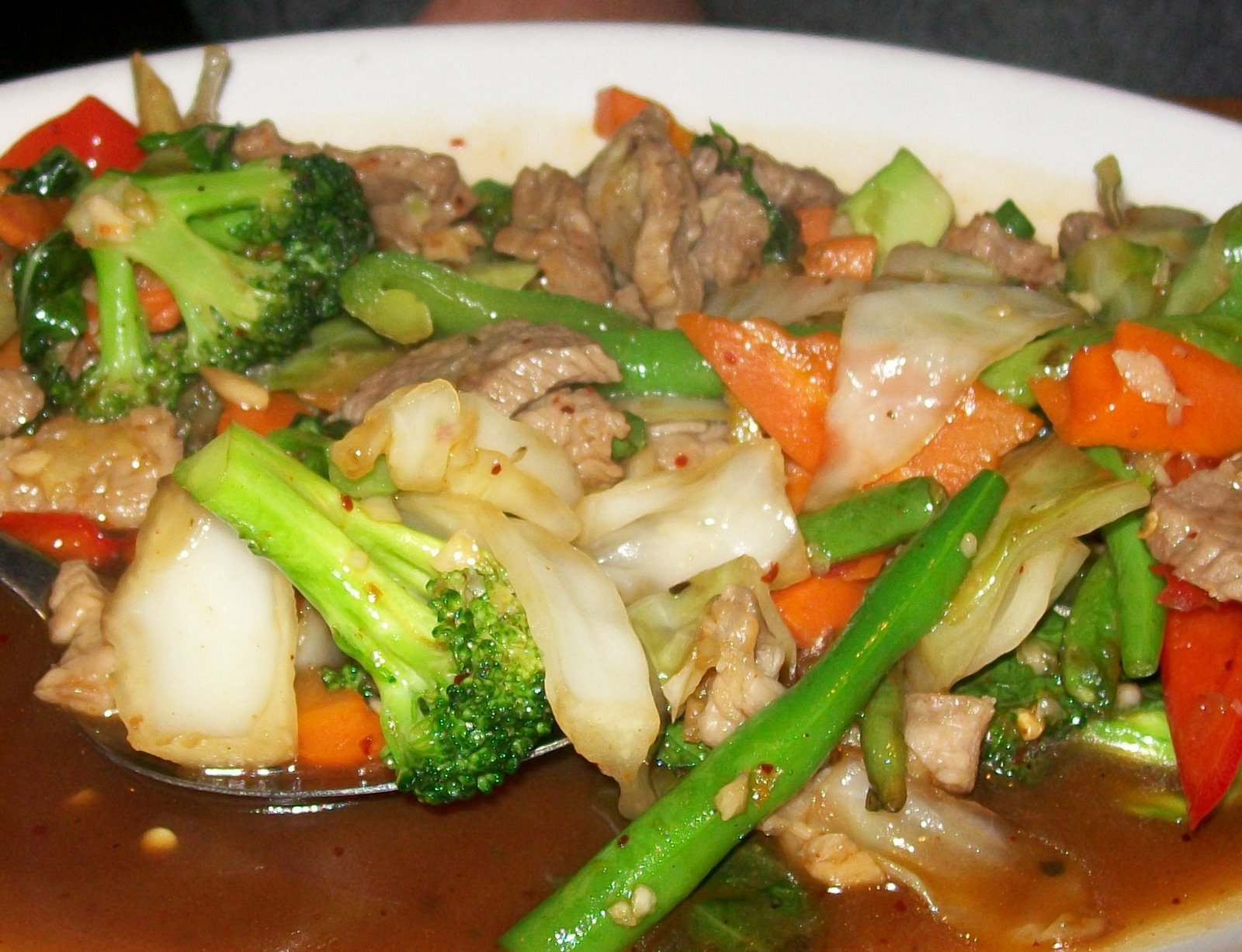 I went for sushi because – well – I’m obsessed. I don’t really remember what I got – it had multiple kinds of seafood as well as avocado. It was okay. Meh – I wasn’t that excited. There wasn’t much flavor to it. It was fairly bland – but okay. 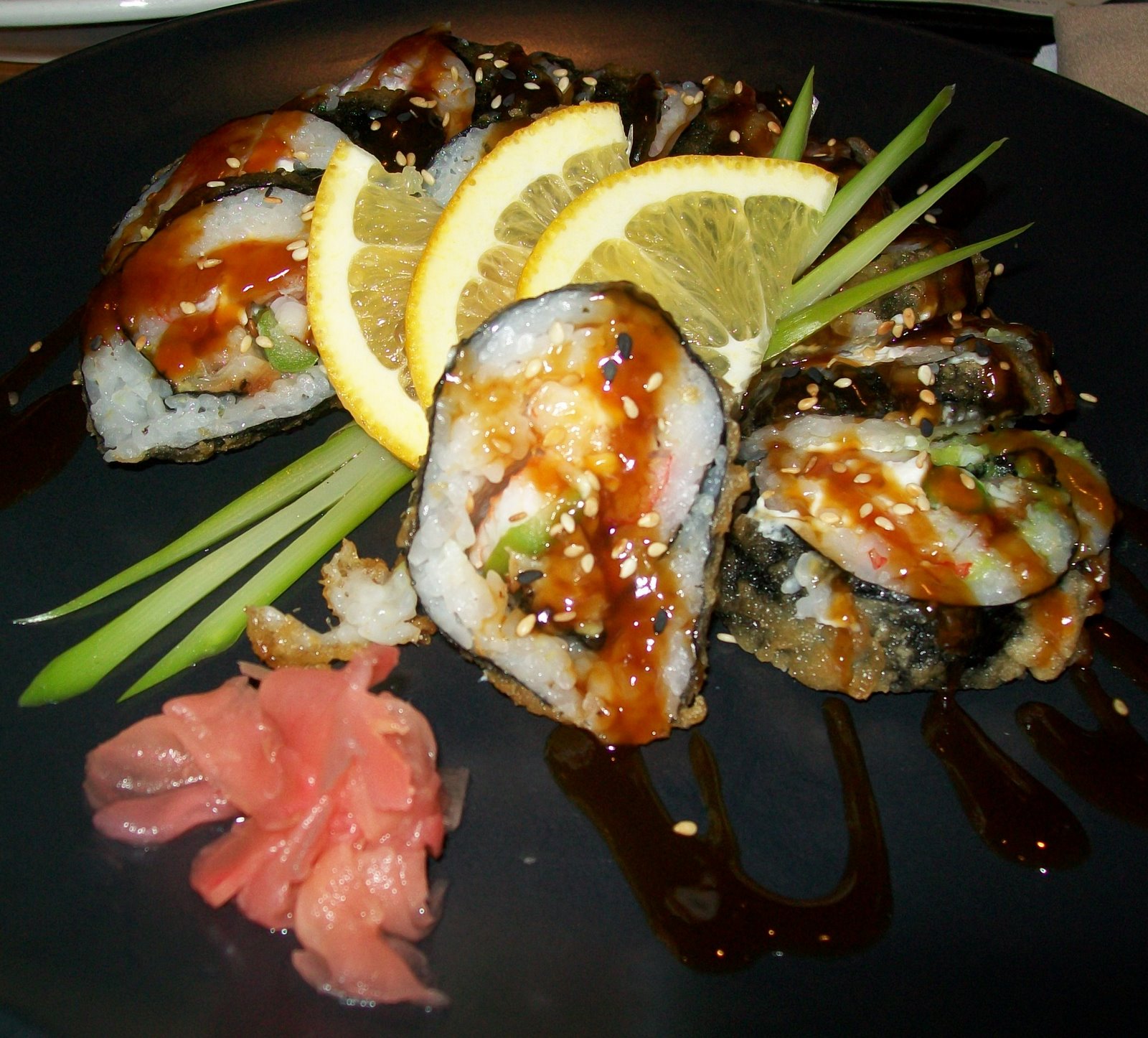 I will give them points for presentation. They do add the extra step to make it pretty. They’re more expensive than some of the “hole-in-the-wall” joints but I think that’s because the extra money pays for the pretty in the restaurant and the extra presentation. But – I’d rather have the $.

Now next SHOULD be dessert. But no. I asked for the dessert menu and said I’d heard so much about coconut creme brulee! The waiter must have been new – he wasn’t very knowledgable. He came back with the menu and said he didn’t have 3 of the items. I couldn’t really gather if they don’t have them any more or if they were out that night? Anybody know?

I’m sure a lot of people will disagree – but I’m only giving this 2 stars. I just felt very uninspired…