The folks at Cici’s Pizza contacted me recently to let me know about their everyday price of $4.99 for their salad, pasta and pizza buffet. I have to admit – $5 for a whole buffet of options sounds like a pretty good deal! So Larry and I went to check it out. Cici’s did provide us 2 free buffet coupons. 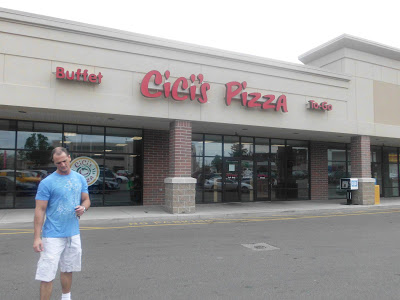 There are a few Cici’s in Cincinnati although it looks like quite a few have closed. We went to the one in Norwood – but they also have locations in Eastgate, Florence, Fairfield and Union Township. 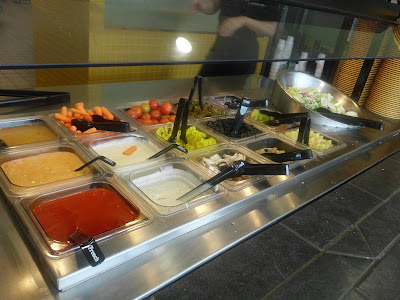 The salad bar isn’t huge but it’s okay – a few veggies and the standard dressing options. We weren’t too hungry so we skipped the salad. 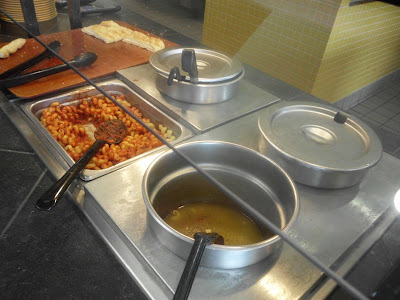 They also have breadsticks, pasta and soup. I tried the chicken noodle soup – it was fine – nothing special but not bad. The pasta looked pretty old (we were there between 12-1pm on a Saturday). The breadsticks were pretty good. 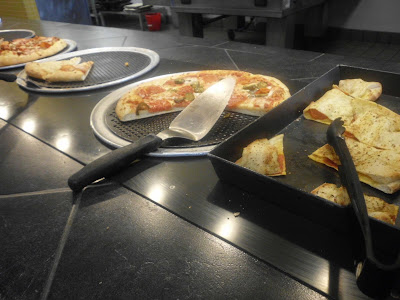 They keep the pizza buffet pretty stocked. Every few minutes they typically set out a new pizza. The ones on the right were interesting. They were almost like a pizza quesadilla with a cheesy sauce inside – pretty good! 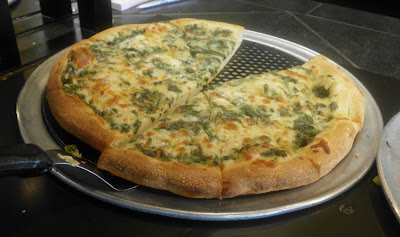 This was a spinach alfredo pizza that had just been set out. 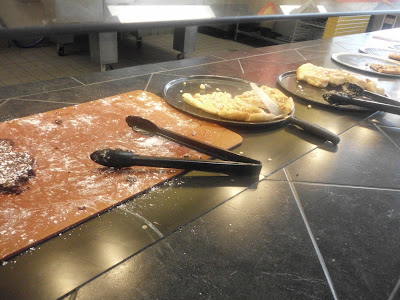 The other end has dessert options – brownies, rolls and dessert pizza. Larry tried the rolls and wasn’t too excited about them. 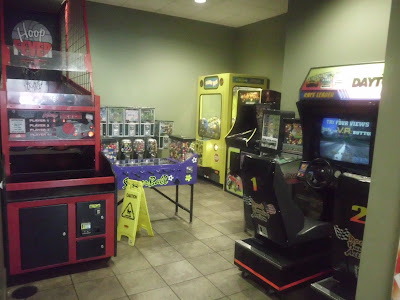 There’s also a game room for kids to play in. I love the basketball game – I’m shockingly good for completely unathletic female. 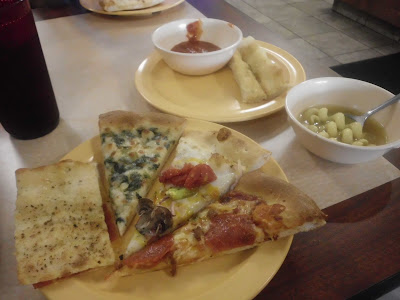 I wanted to try a wide variety of items so I sort of picked at different pieces to try lots of things. The quesadilla pizza was probably my favorite on this round. And the middle piece of the pizza slices was a veggie pizza – I liked that a lot as well. 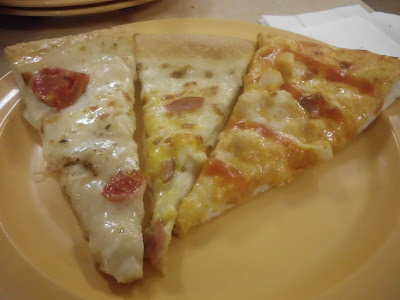 Second time around I tried an alfredo cheesy pizza – of course that was good. The piece on the right is buffalo chicken – it was quite spicy.

Overall – they do put up a good variety of pizza options and there was typically 1-3 that were meat-free. The crust isn’t very good. It’s kind of doughy and not much flavor. I don’t like the chicken topping – it’s little cubes of chicken. I did think the veggie and cheesy pizza options were pretty good.

Why Should You Go? It’s honestly not a super-fantastic pizza place – it doesn’t rival Dewey’s in any way. But – for $5 – it’s fine. If you’re looking for a quick lunch – it’s just as good as any fast-food place and it’s at least something different than burgers and fries! The games and stuff are good for some kid time as well – it’s like a cheap Chuck E. Cheese! I saw a lot of families coming in and out – which totally makes sense. What kid doesn’t like pizza.

Have you been? What do you guys think?