So my sister and her friends rigged the vote for the letter C – but it’s all good. She’s my baby sister and I love her so she can do no wrong! So off my friend Lou and I went to Chung Kiwha Korean BBQ in Florence. 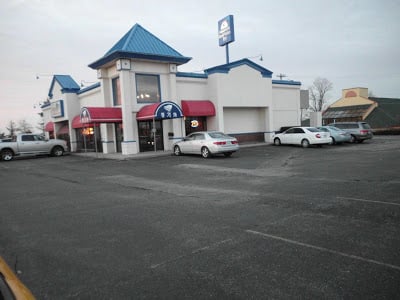 You’ve probably driven by this place – the parking lot is usually empty but it was actually kinda busy this particular Friday evening! Actually – it’s so NOT busy that many folks have joked it’s a front for the mob! But no – they serve food! 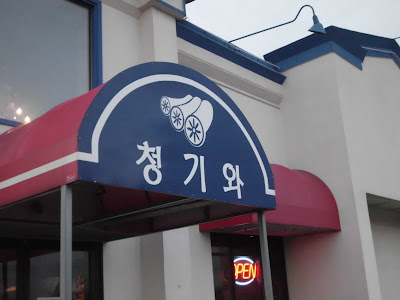 Those are sushi roles we’re guessing. Also they do not have a menu – it’s about $30 for the buffet and sushi is an add-on. When you go in – they tend to assume you know the routine – if you don’t – let the server know and she’ll give you the lowdown. 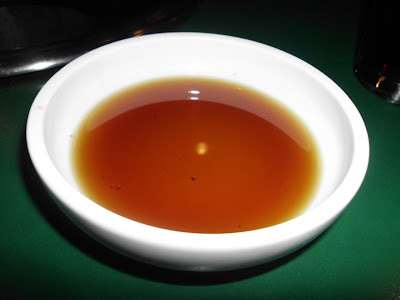 They first bring you this random bowl of brown liquid. No clue what it is…it’s not soy sauce. It’s sweet-ish and not salty. 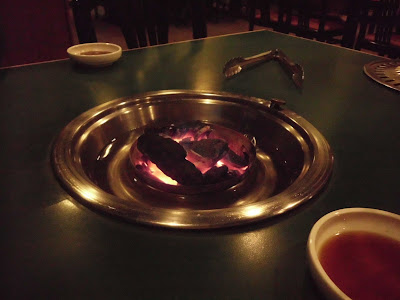 They bring you out a container of fired up charcoals and plop them into your table grill. 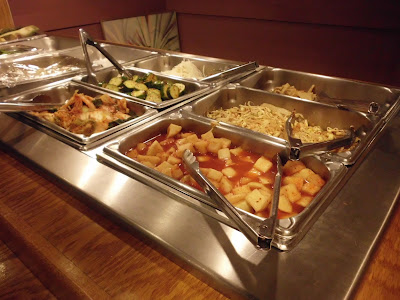 The server sent us up to the buffet – there’s a bit of a “salad” bar with lots of random cold items. Kimchee, sprout salad, seasoned okra and a few more things. 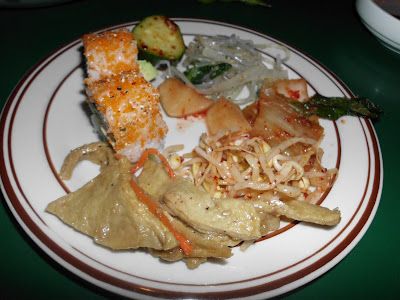 I tried all of them…wasn’t too fond of any of them. I’m a texture person and these all funked me out to be honest. 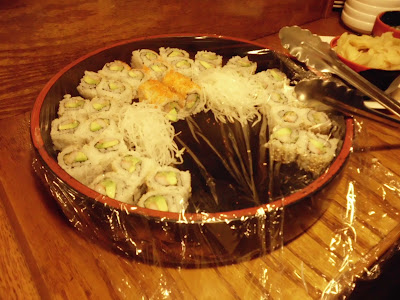 They also have a plate of California Rolls as a sushi sampling. I tried a couple and they were good for a CR. 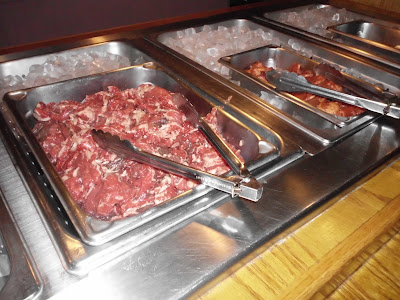 There are a lot of different proteins on the buffet. Chicken, pork and beef – some seasoned, some not… Yes – they’re raw – you cook them on that table top grill. 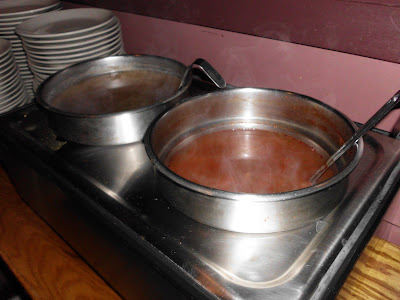 Stop for soup if you like too – we didn’t – not soup fans. 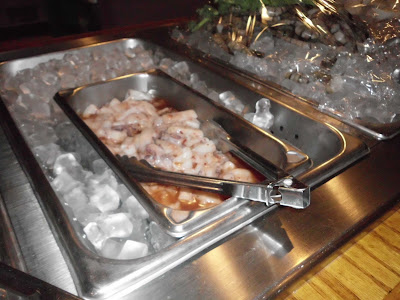 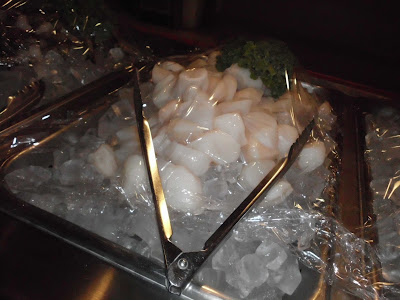 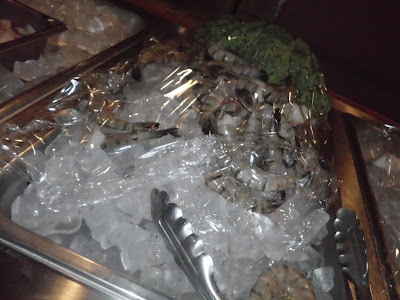 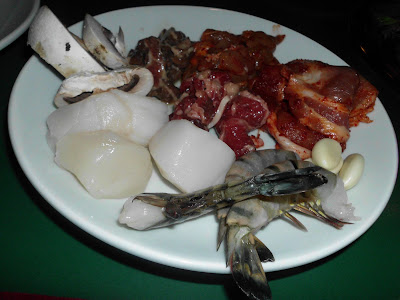 Grab a plate – pile the protein – grab some veggies (peppers, mushrooms) and head back to your table.

This is the funniest thing ever – I have no idea what happened to my pictures of the cooked food! All I have is this: 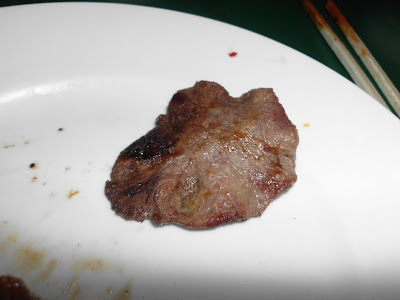 I remember it is the short rib and it was hands down our favorite of the beef/pork/chicken proteins. The seafoods were fine but no seasoning so basically it’s just plain shrimp or scallops. So yes – ooh and aah over that one cooked piece of meat. Ha! 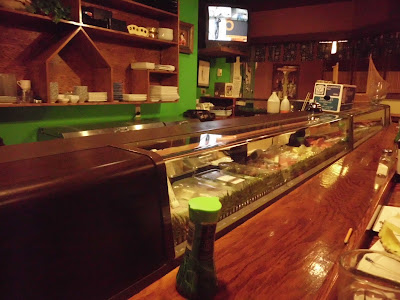 Quick shot of the sushi bar…

After telling her about the restaurant I asked my sister about the “authenticity” of the BBQ and she sent me a link to this article about Korean’s BBQs.

And now – these are for my sister and for fun. We were cracking up at the “decor”. 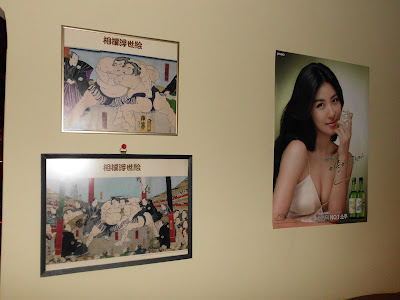 Sumo wrestlers and a dainty saucy girl drinking some booze. 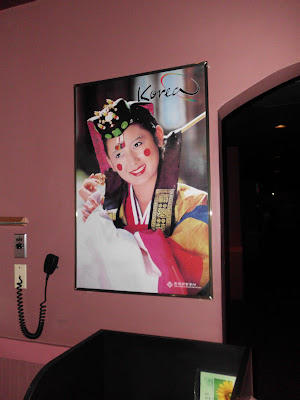 Seems a little stereotypical…as it greets you at the door. 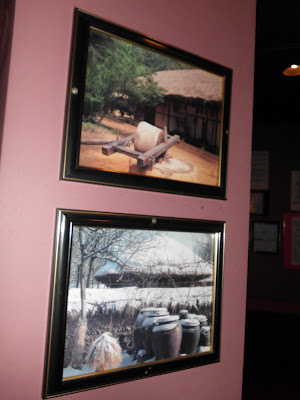 Then – random shots of a “cabin” in summer and winter! 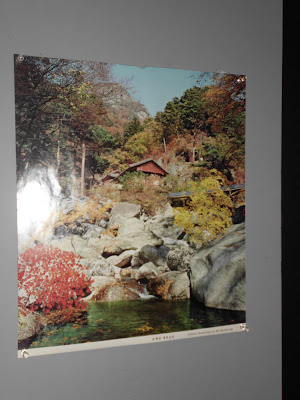 Sis – have you been to Habiro Hermitage in Mt. Myohyang? Well I have now…(yes – the page ripped from a calendar was that real!) 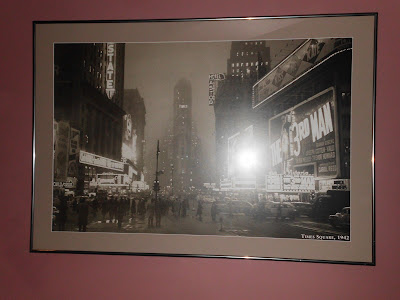 And hey – why not a quick shot of Times Square?! 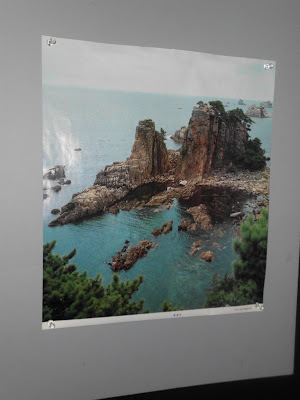 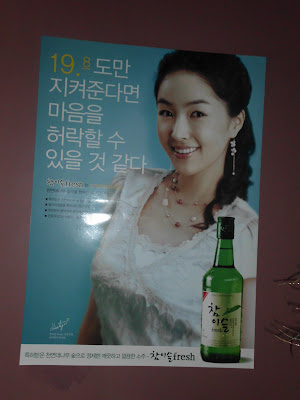 Oh yes another saucy innocent – but she’s a drinker! 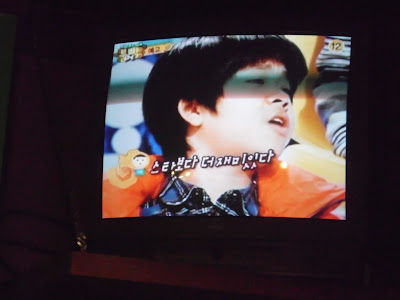 And some random chubby kid on TV doing karaoke.

Why Should You Go? Well – it’s a once/year kinda place. At $30/person – it’s expensive – especially when you’re cooking your own food! But there were a lot of Korean’s there – which I think is a good call to it’s “authenticity”. I felt like interviewing some to see why they come and how often. It is fun and would be great for a first date – good ice breaker to cook together.
As far as the alphabet goes – looking forward to Dusmesh and letter E! And thanks again to Cincinnati Bites for telling me about Chung Kiwha!