A few years back I went to a festival in Glendale and tried the Urban Grill Food Truck – and now they have a physical location in Newtown! (Must be the week for Food Trucks – yesterday I wrote about Red Sesame’s location in Jungle Jims!) 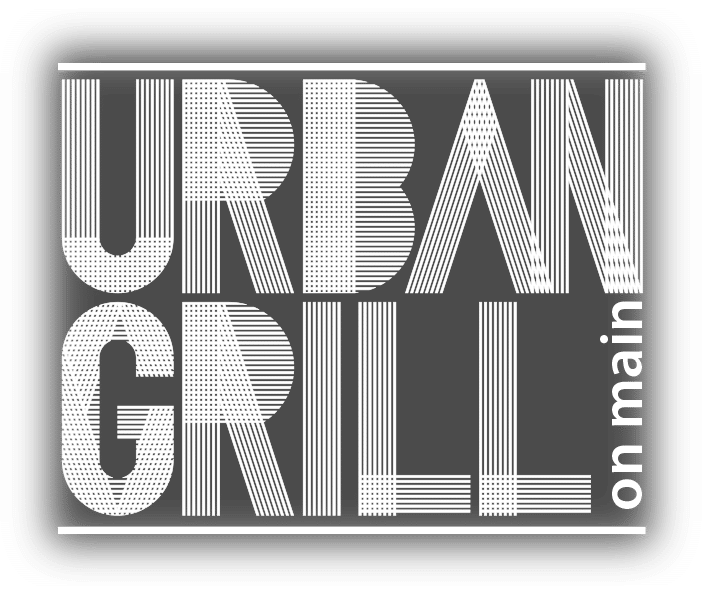 Urban Grill opened their physical location in a remodeled farm house just over a year ago in January 2017. Their food truck is one of the favorite in the city and best equipped so they decided to open the physical location and serve up their same famous mac & cheese along with other specialties. 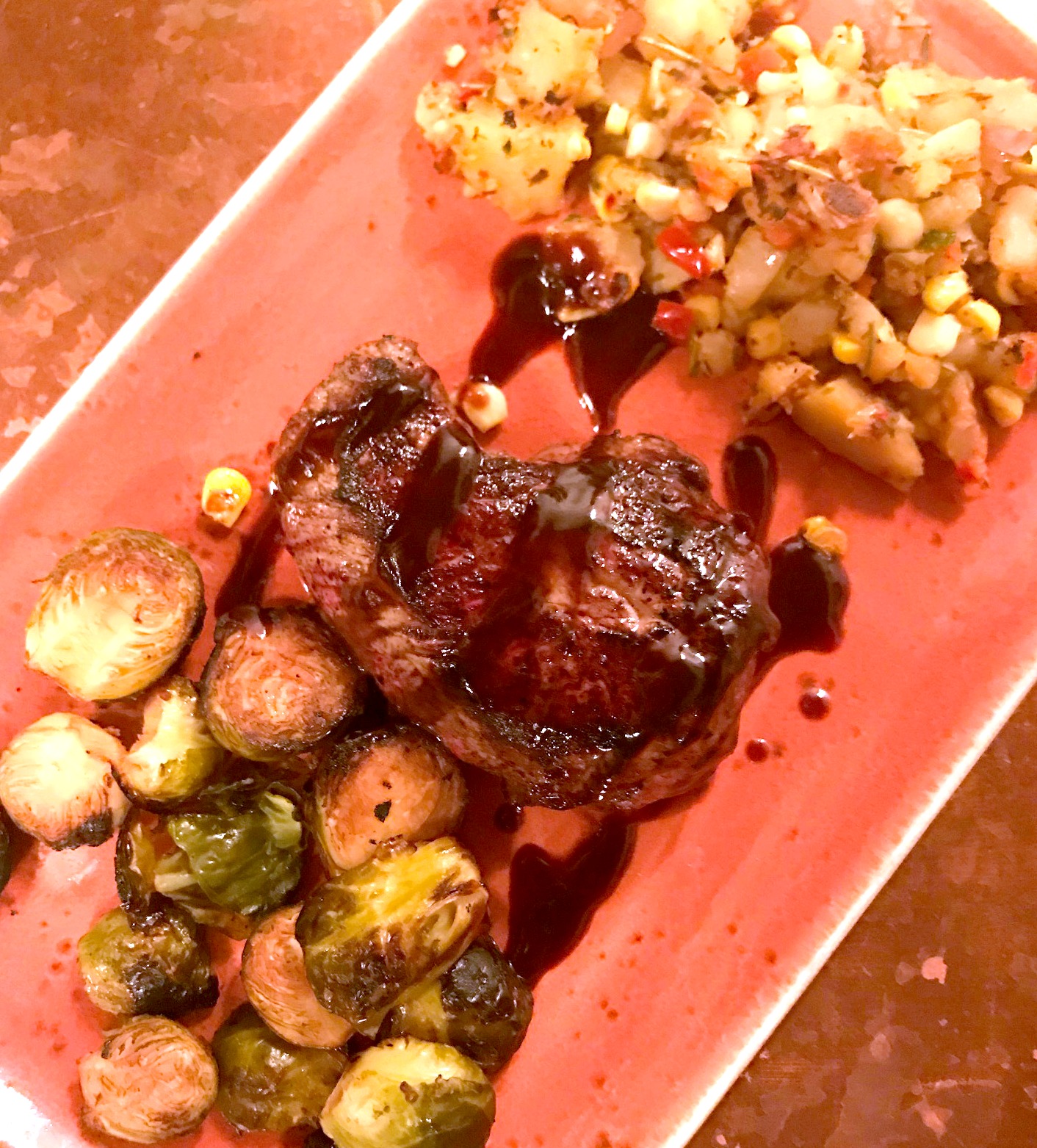 My girl Kelly got the nightly special which was a sirloin with brussels sprouts and some type of home fries. Everything tasted great but the portions on this were extremely small. Kelly is not a big eatin’ hussy like me – but even she said “wow this was small!”. 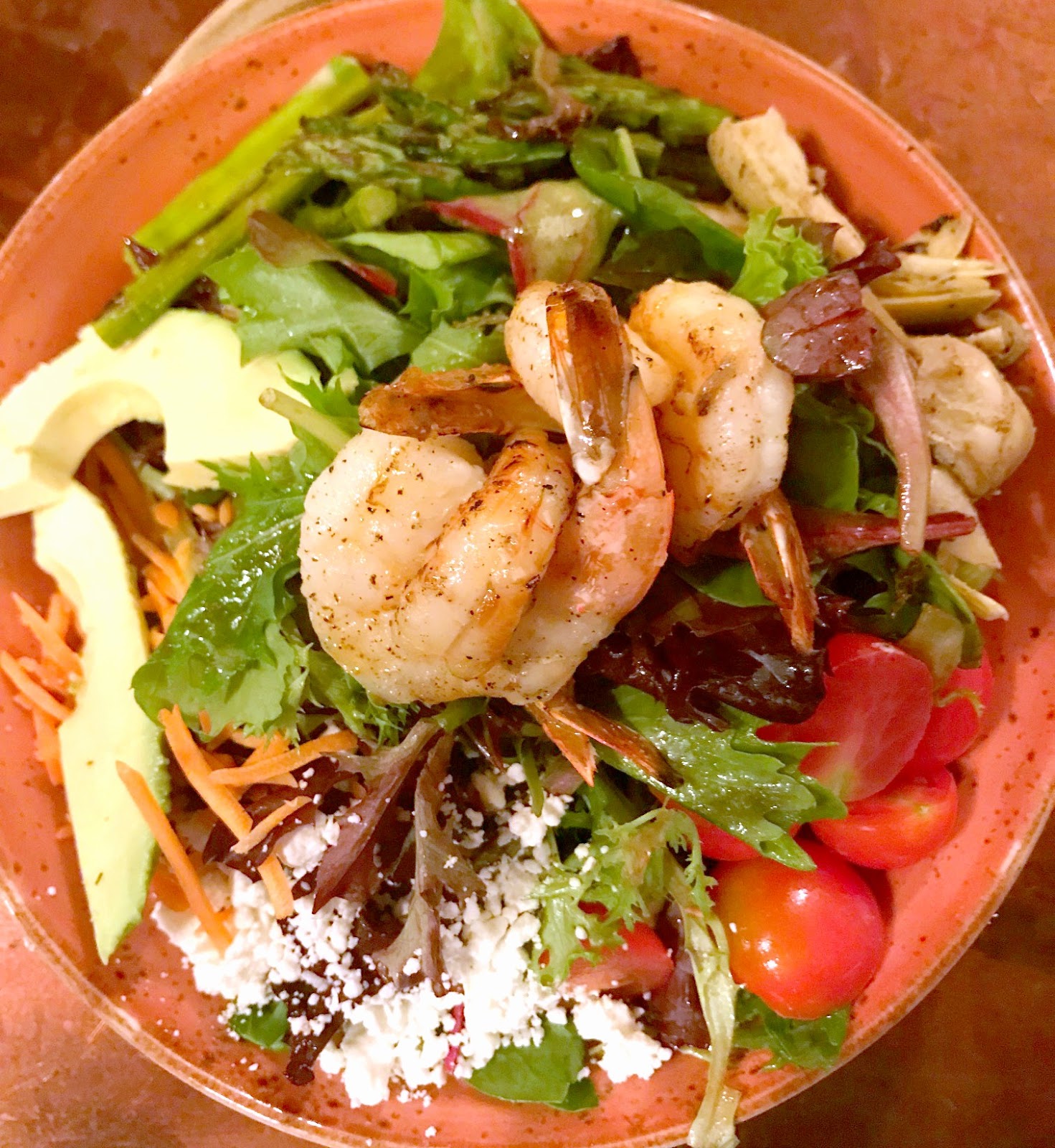 I went for the Main Street Salad ($14.50) of greens topped with shrimp, asparagus, artichoke hearts, cherry tomatoes, goat cheese crumbles
and sliced avocado, tossed with their house vinaigrette and sweet basil tapenade. This salad had a lot of great elements to it – but the portion size was a bit smaller. The goat cheese was fairly sparse as well. 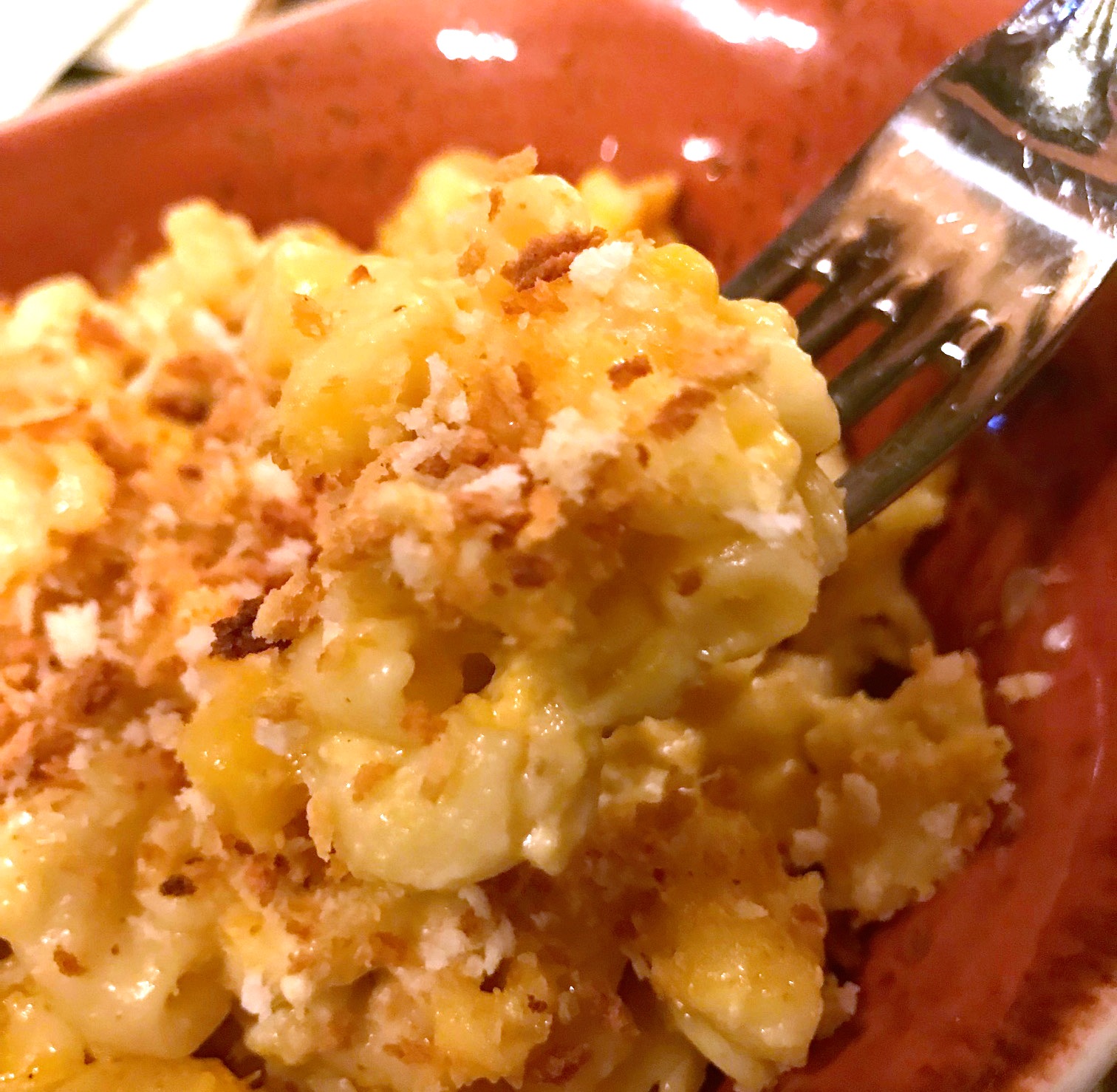 The mac & cheese was a lot better this time and I was really glad I ordered it since the salad was a bit on the small side. I’m not usually much for homemade mac & cheese – with crumbs on top – but this was good. 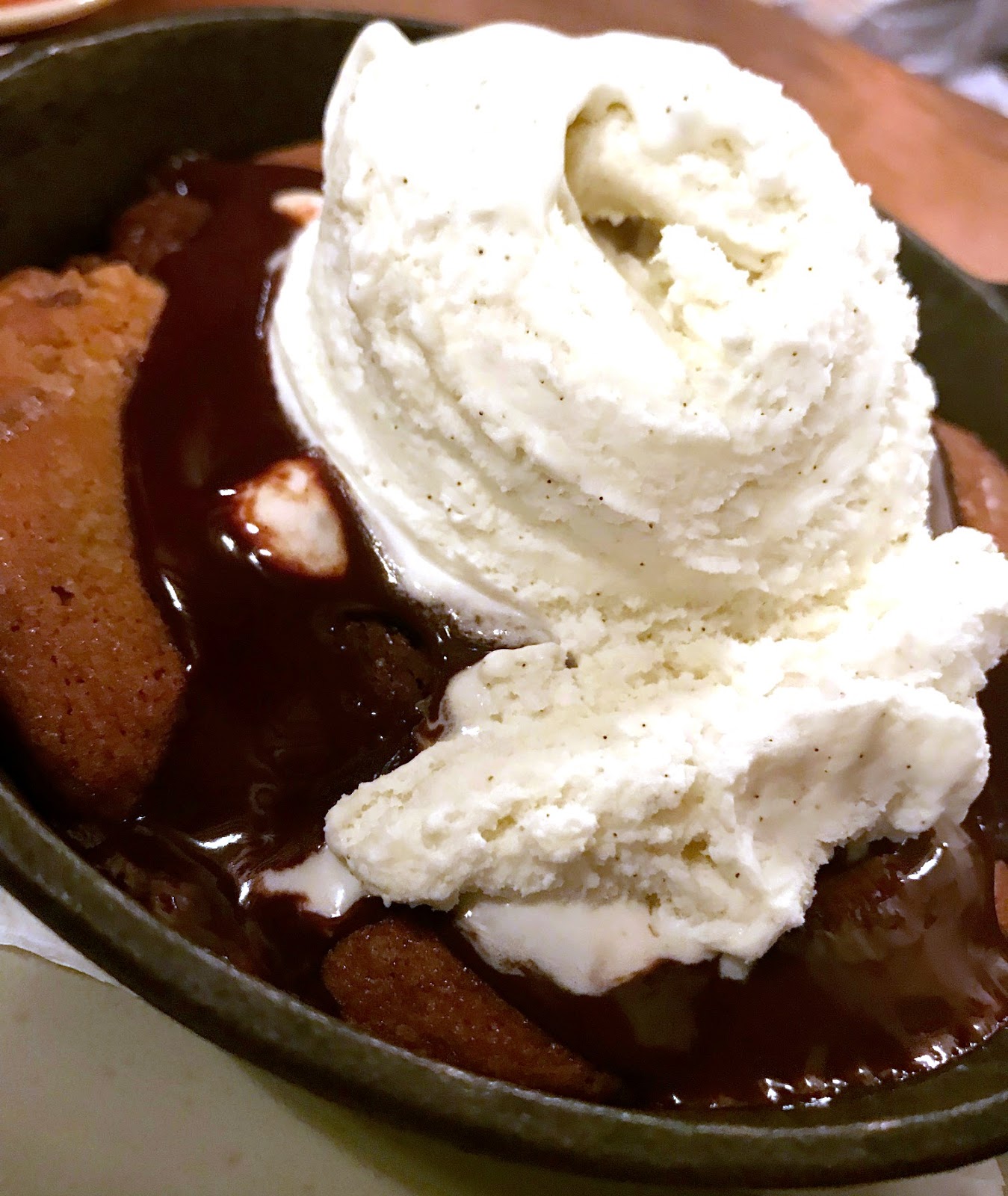 Because Kelly came in starving and her dinner was super small – she wanted dessert! Usually that’s my job! Kelly chose the chocolate chip cookie – it came in a cast iron pan with chocolate sauce and ice cream – holy moly was it good!?!

We definitely shared this dessert and killed it! 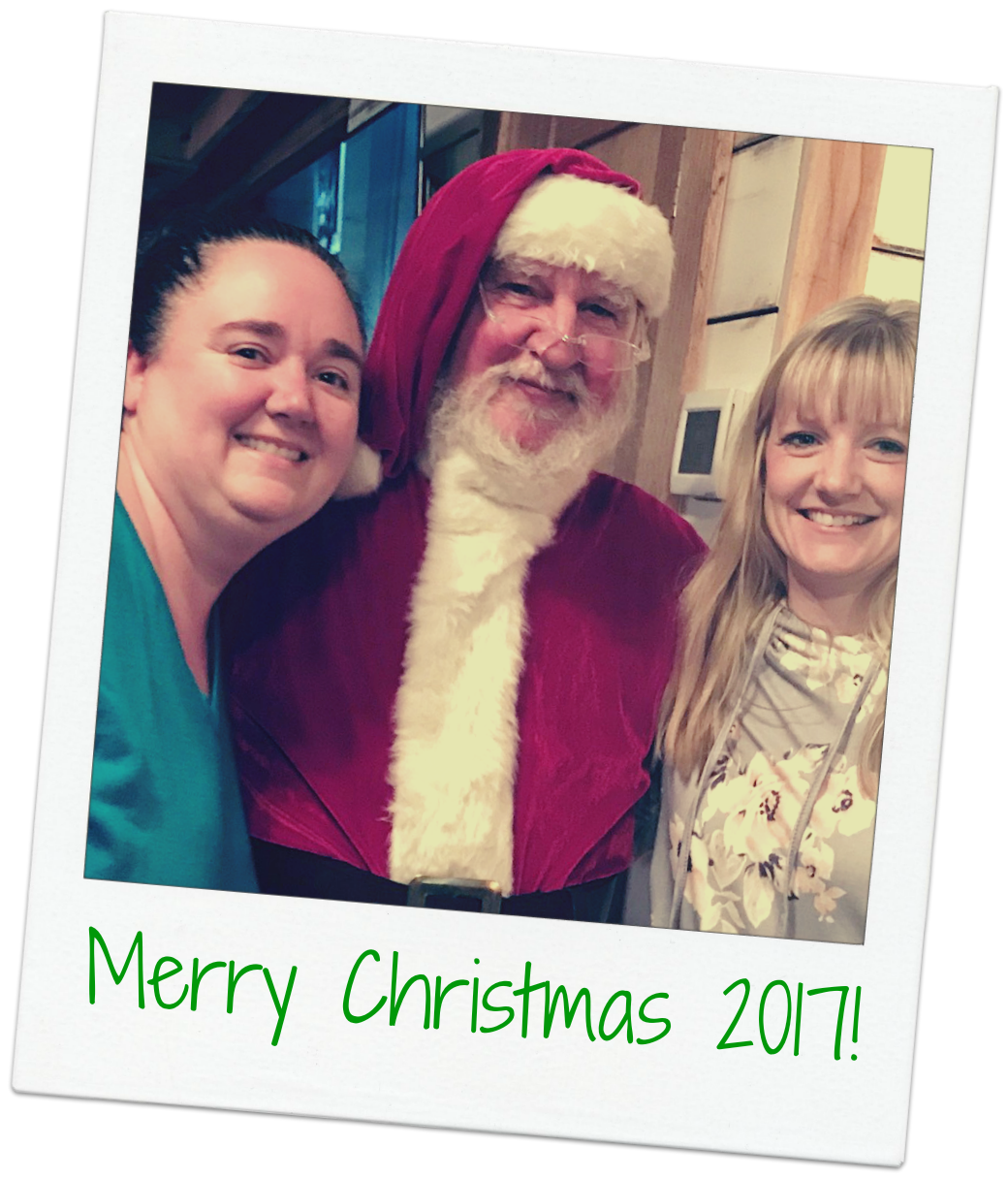 And lucky for us – Santa even stopped by our table!

Why Should You Go? The portion size is a bit small – and let me say – it’s not that I mind that – but for the prices – it’s a bit smaller than what you’d expect. Everything wasn’t a home run – but it’s worth a trip back to try more from the menu.