A few weeks back we had a belated mini “honeymoon” of sorts thanks to our wedding photographer Jen! She got us a free cabin at the Red River Gorge! We stayed in the Honey Bear Love Cabin – awwwww!

I can’t say enough about the cabin – it was cozy and comfy and delightful! There was a hot tub on the back of the cabin with an amazing view! The next day we headed out to see the Natural Bridge. 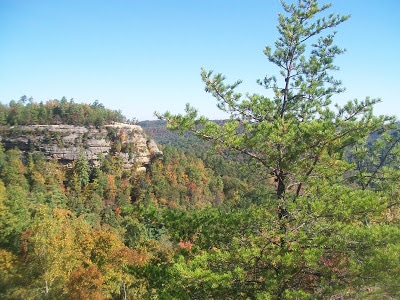 It was breathtaking! We had a great time taking pictures and riding the Skylift to the top. It was a bit scary for someone that doesn’t like heights but well worth it! 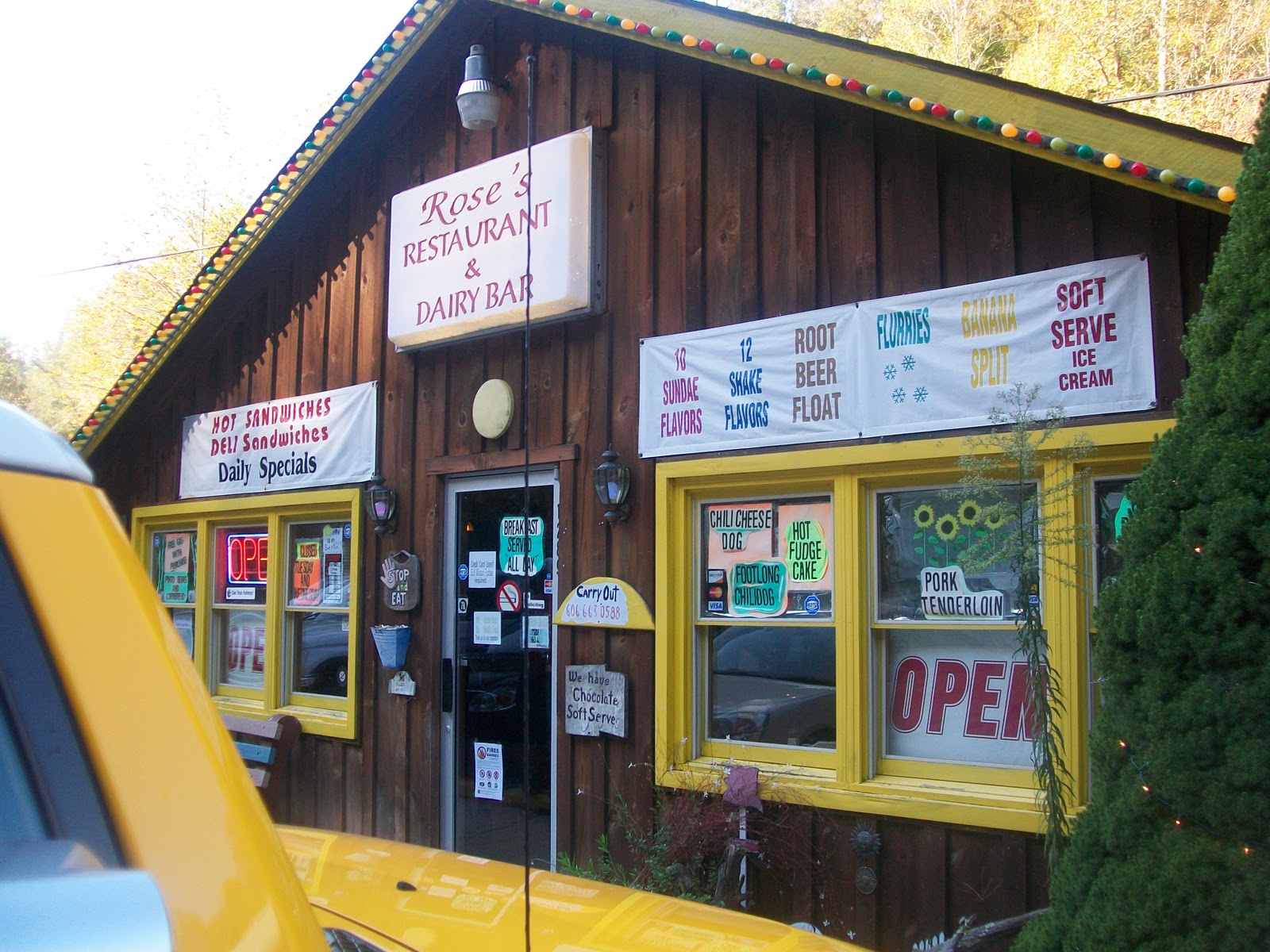 Before we headed up the bridge we had to get some breakfast! Thanks to our Garmin we came across Rose’s Restaurant and Dairy Bar right near the Skylift! This is a bit of a dive – which makes it all the more appealing! 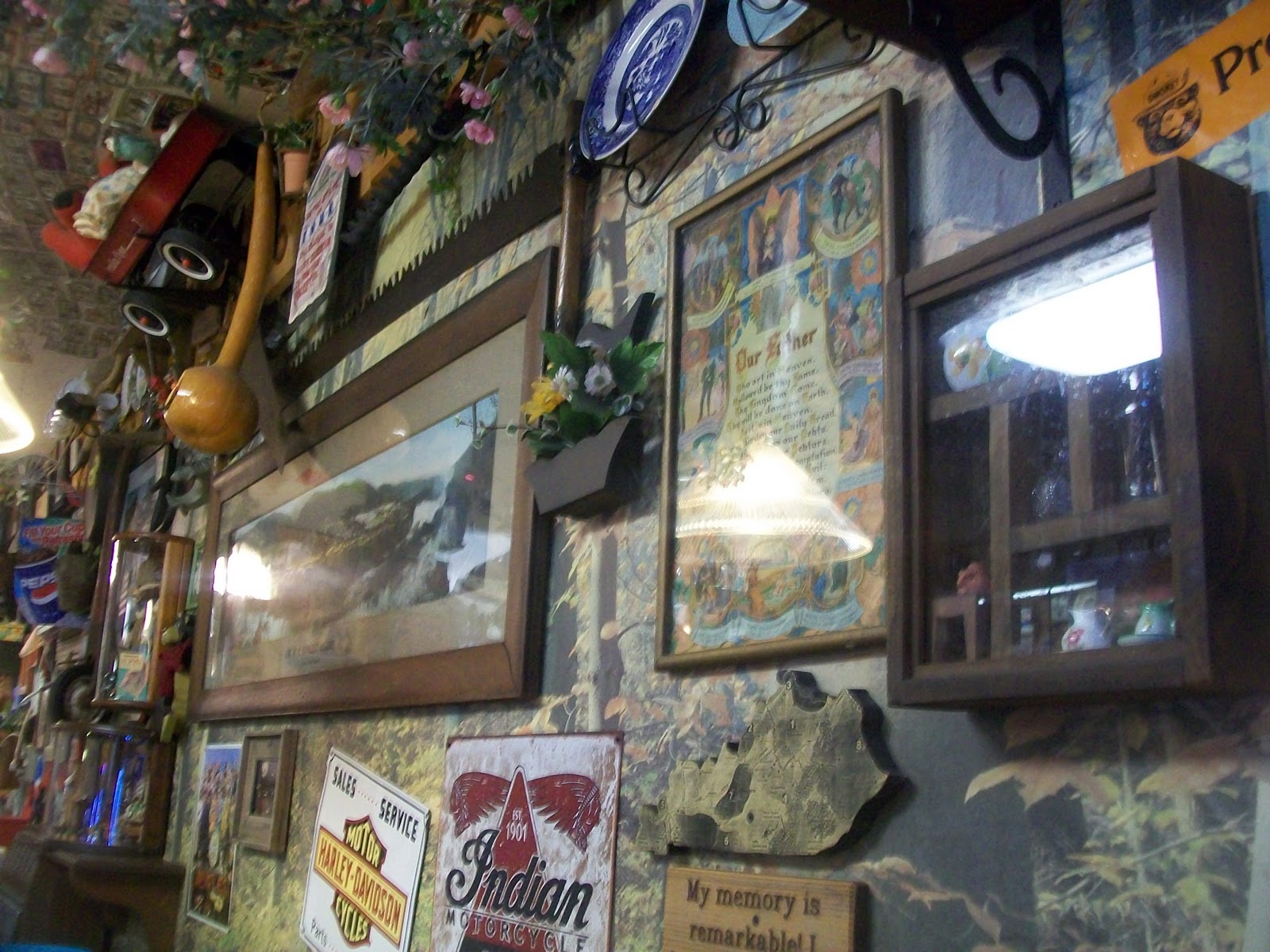 The walls are COVERED with crap! “Art”, signs, country stuff – it’s just amazing all the stuff these folks have found to fit on the walls. 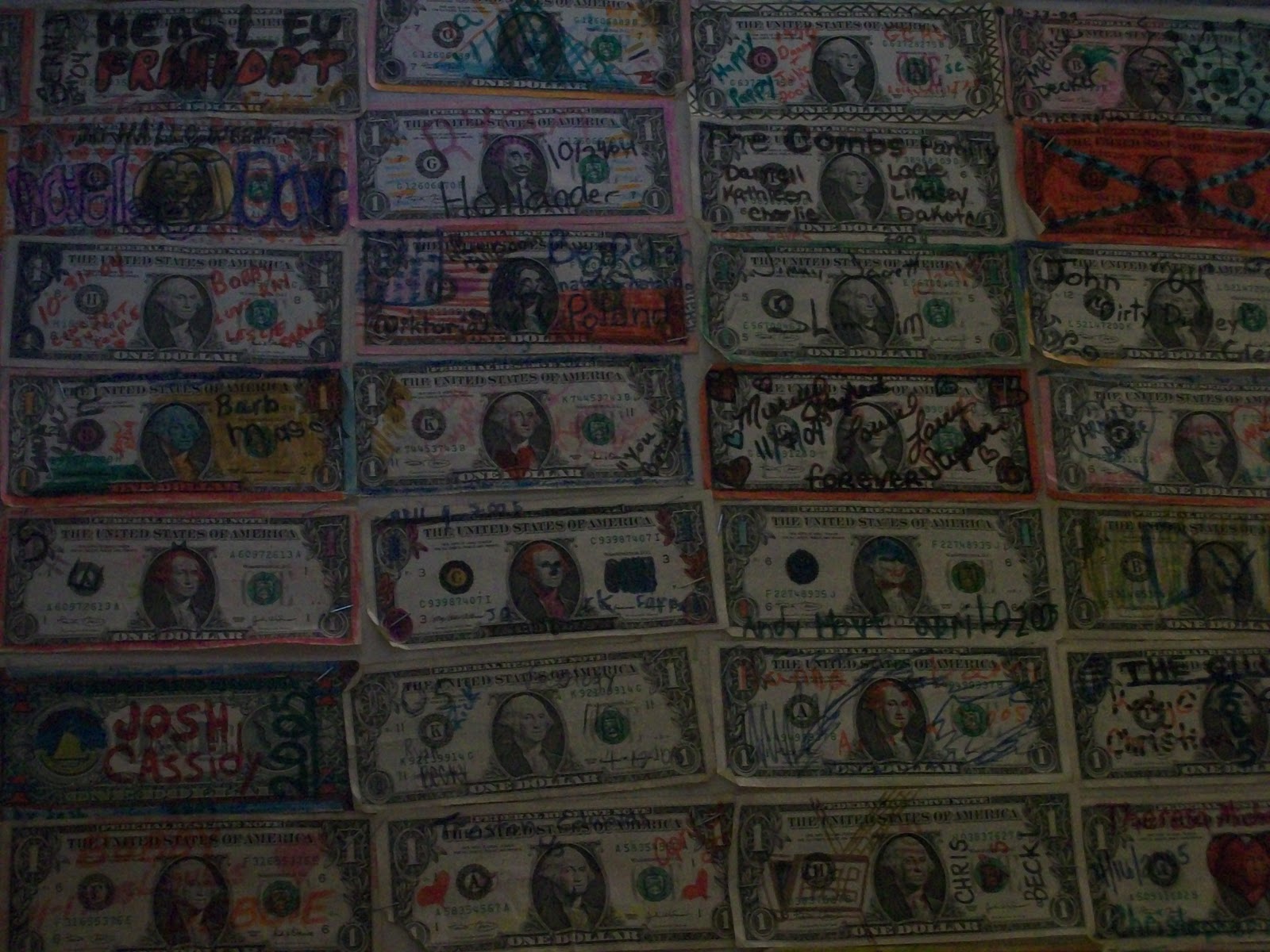 The ceiling is covered with $1 bills that people have signed… 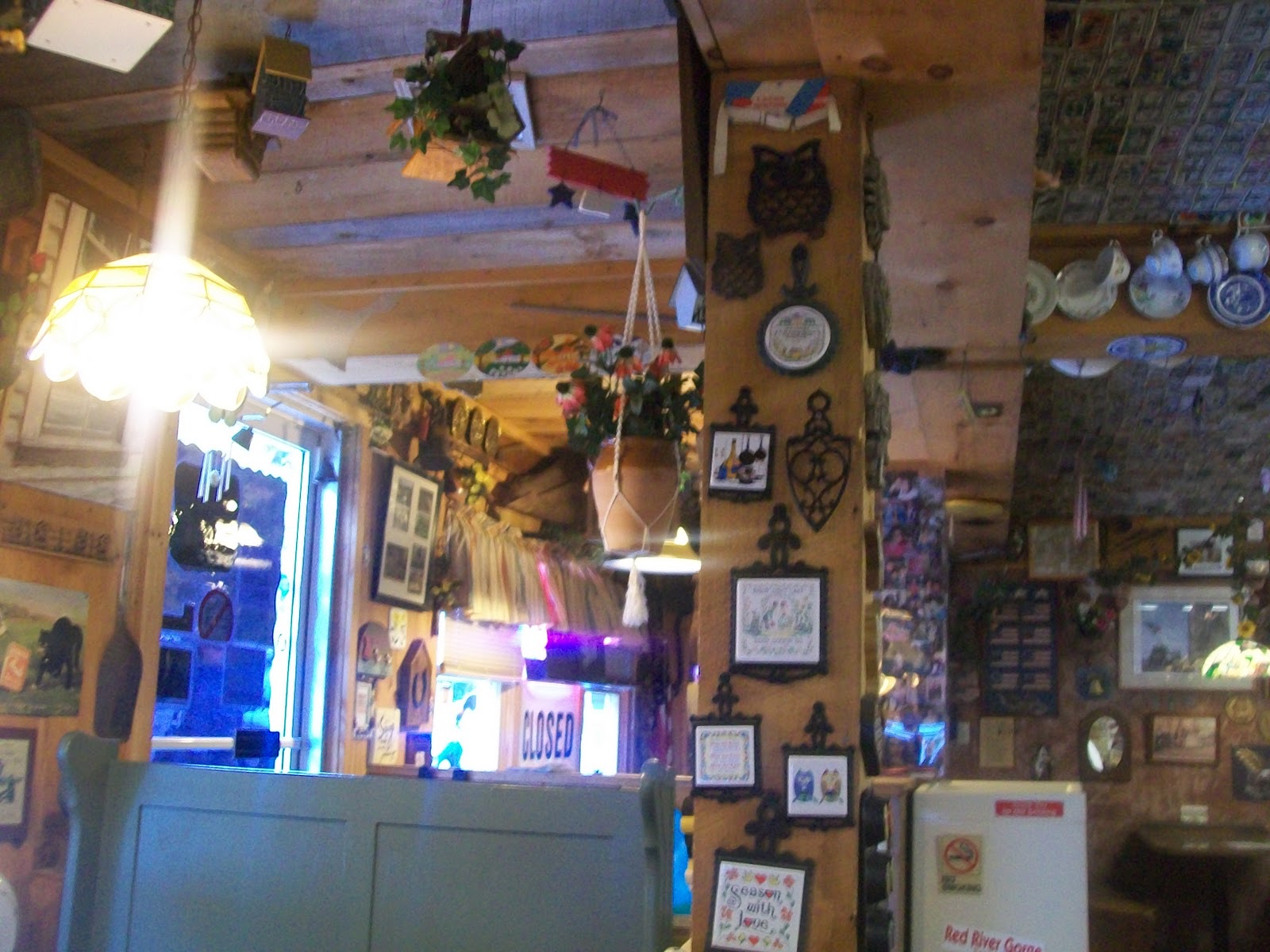 More crap! Seriously – click the picture just to get a taste of all the random stuff hanging all over and you can see the dollar bill ceiling! 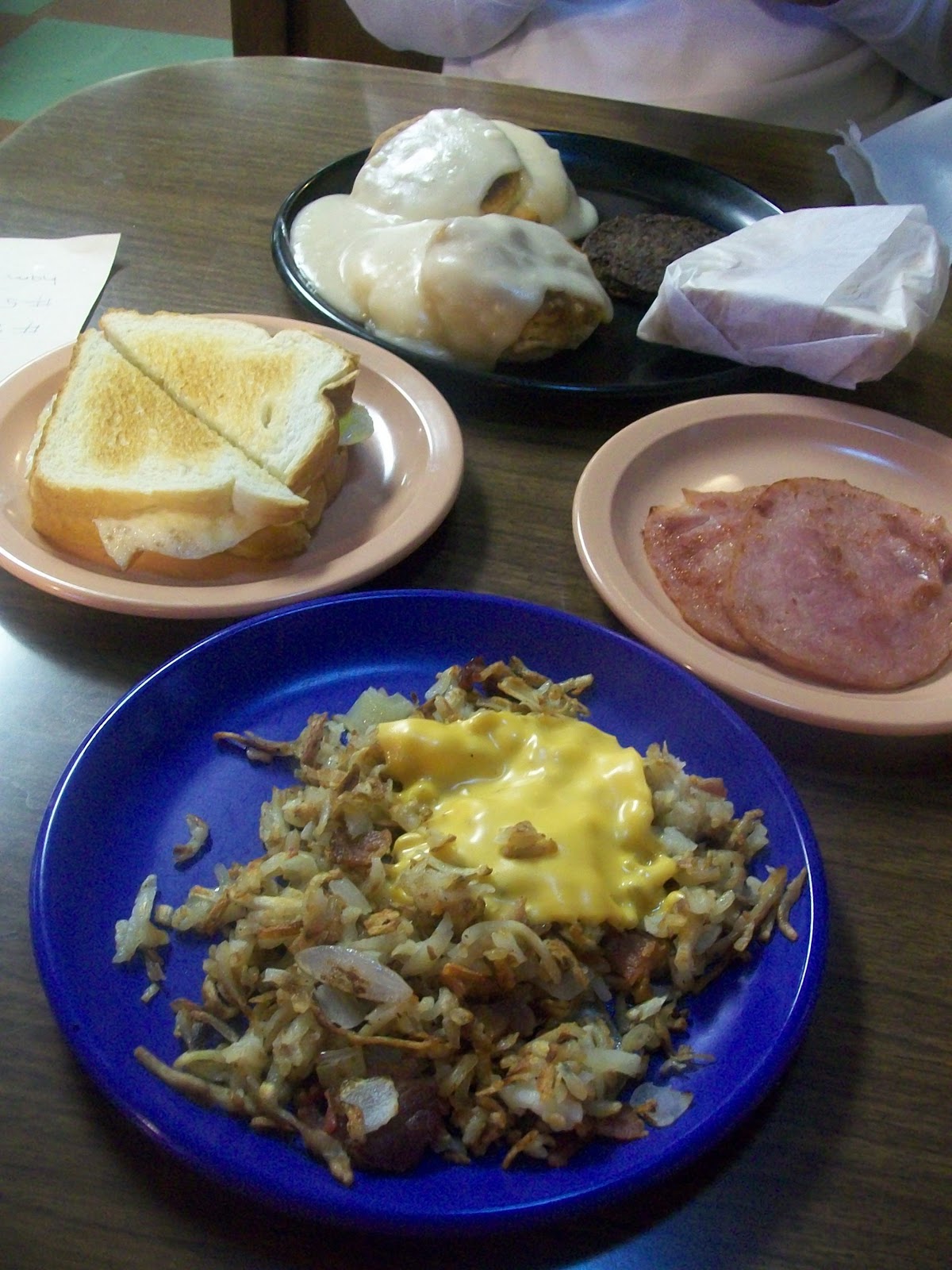 But we were there for breakfast – so let’s get to the food. It was good! I had an egg sandwich and hashbrowns with cheese. Greasy spoon it was but it wasn’t actually that greasy! The egg sandwich was delish! Larry got biscuits & gravy which wasn’t so great mostly because of the odd gravy – but the ham was really tasty!

Why Should You Go? Well – let’s make this more about Red River Gorge for a moment. The scenery is beautiful and the cabins are amazing! It was a bit hard to find our cabin in the pitch black – but once we got there – we fell in love! The cabins are affordable and sleep at least 4 – so it’s a great weekend for 2 couples or a small family. Plus our cabin was spotless and the rental folks were extremely friendly!

Rose’s had good food and was very friendly. Also – if you’re down there – the liquor store sells this fantastic bbq sauce in a quart jar – BUY SOME! I got a couple jars and it’s the best tasting stuff I’ve ever had! We’ll go back just for more sauce!