I love making crafts – I just am not very disciplined. I get these ideas and I go to the store – get all the stuff – bring it home and set it in my spare room. And there it sits – for months! Over the holidays – we were off between Christmas and New Years and I promised myself – I’m getting some crafts done!!! Well – I got one done. 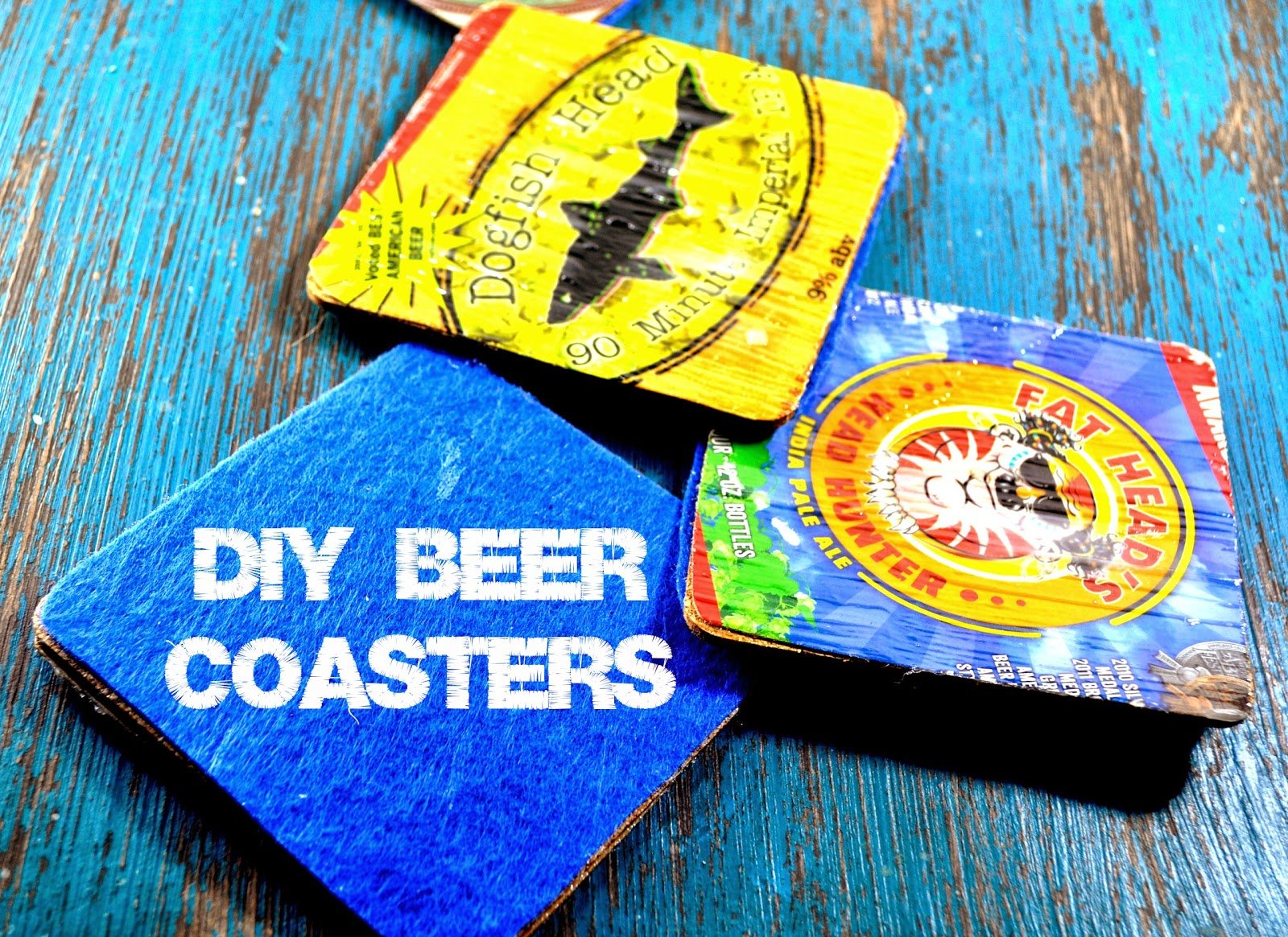 I started with the DIY Beer Coasters as a gift for the hubby to use in his man cave. He loves finding unique craft beers – and the packaging is always so unique – it’s a shame to throw it away. Now you don’t have to! 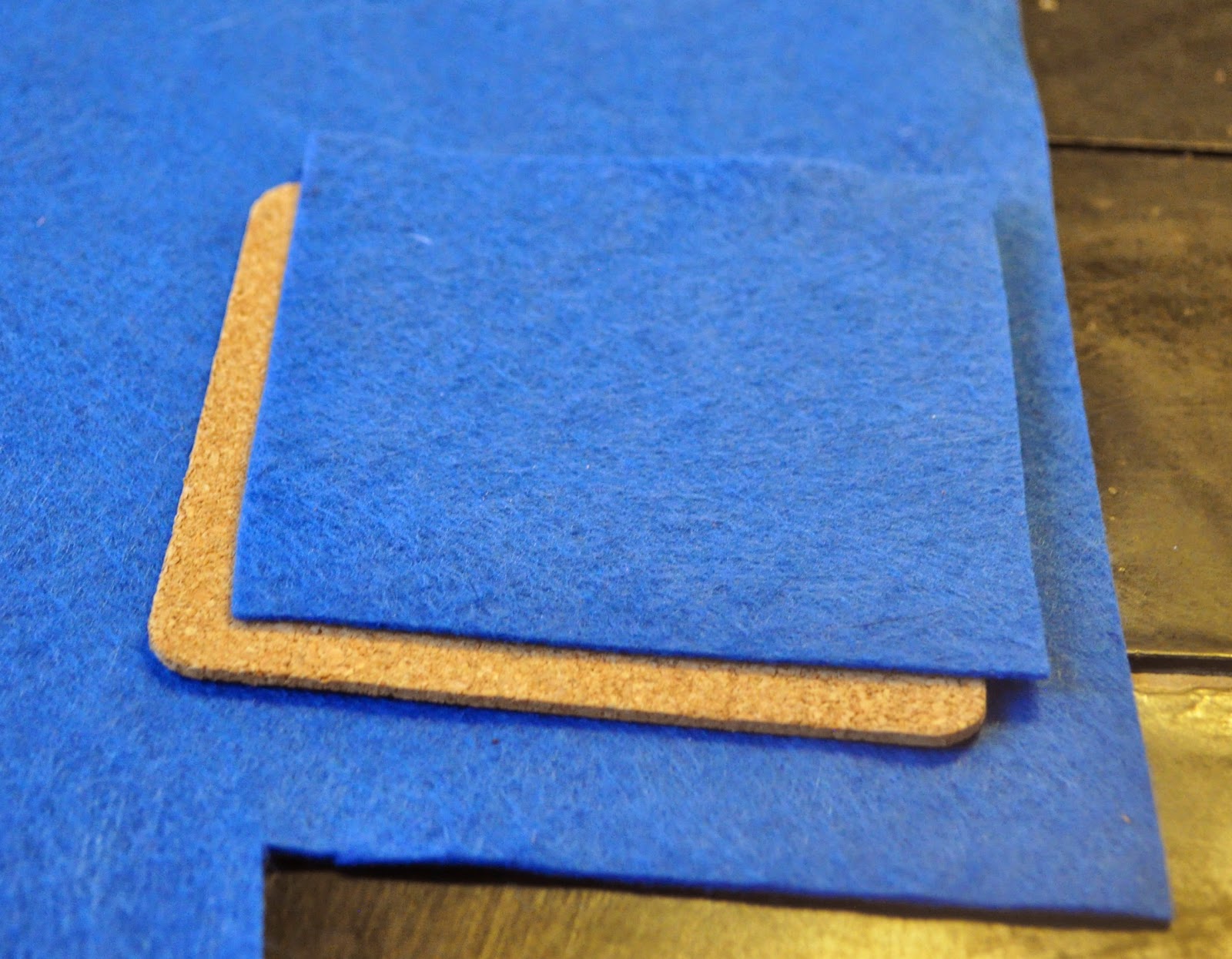 You start with coasters – I found this idea on the interwebs and they used tile coasters – but Hobby Lobby only had cork. I also bought felt – more needed when you use tile – but hey – my husband is a Colts fan – so he loves anything blue. 🙂 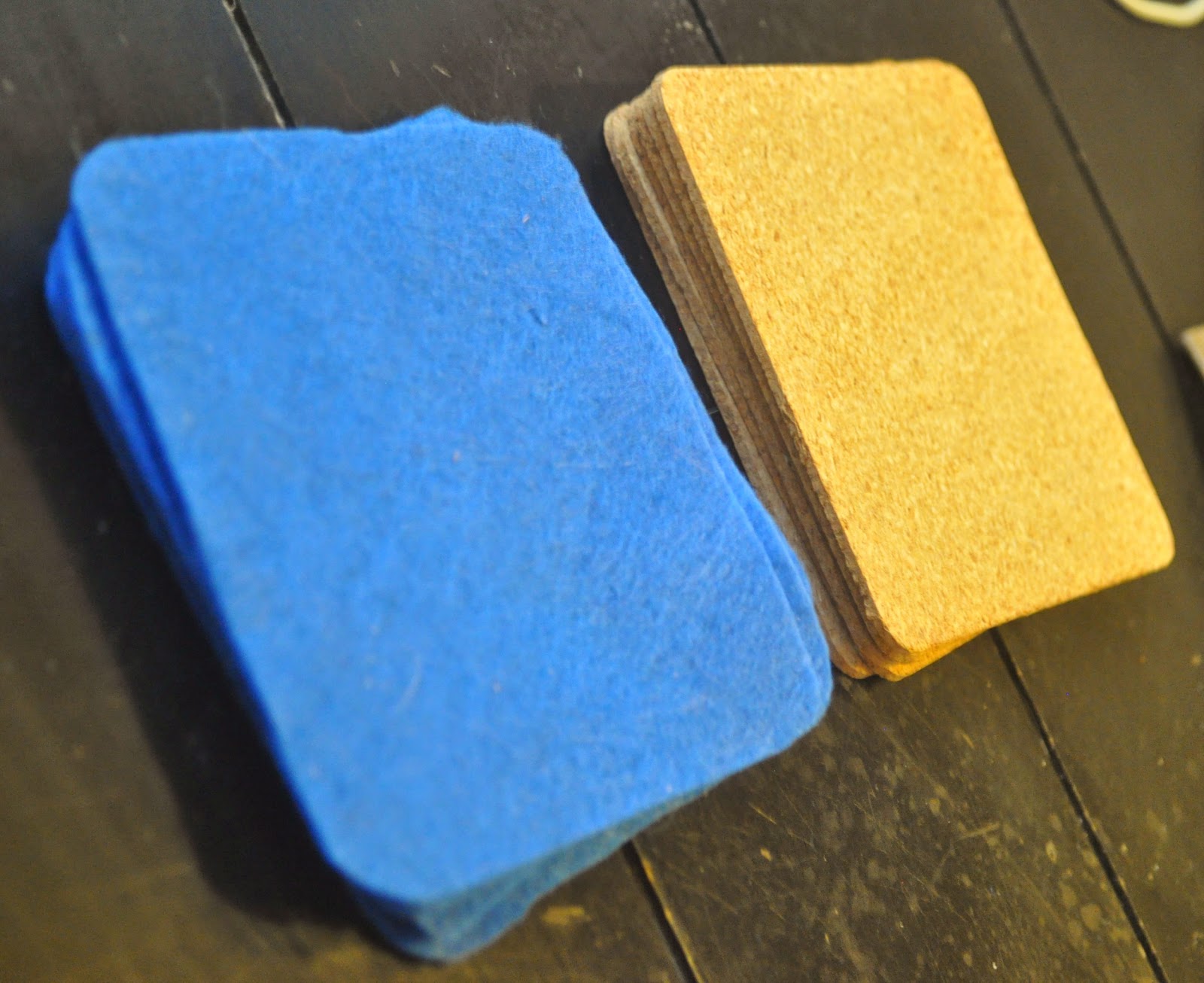 I did pretty good eyeballing the squares to cut the felt out. 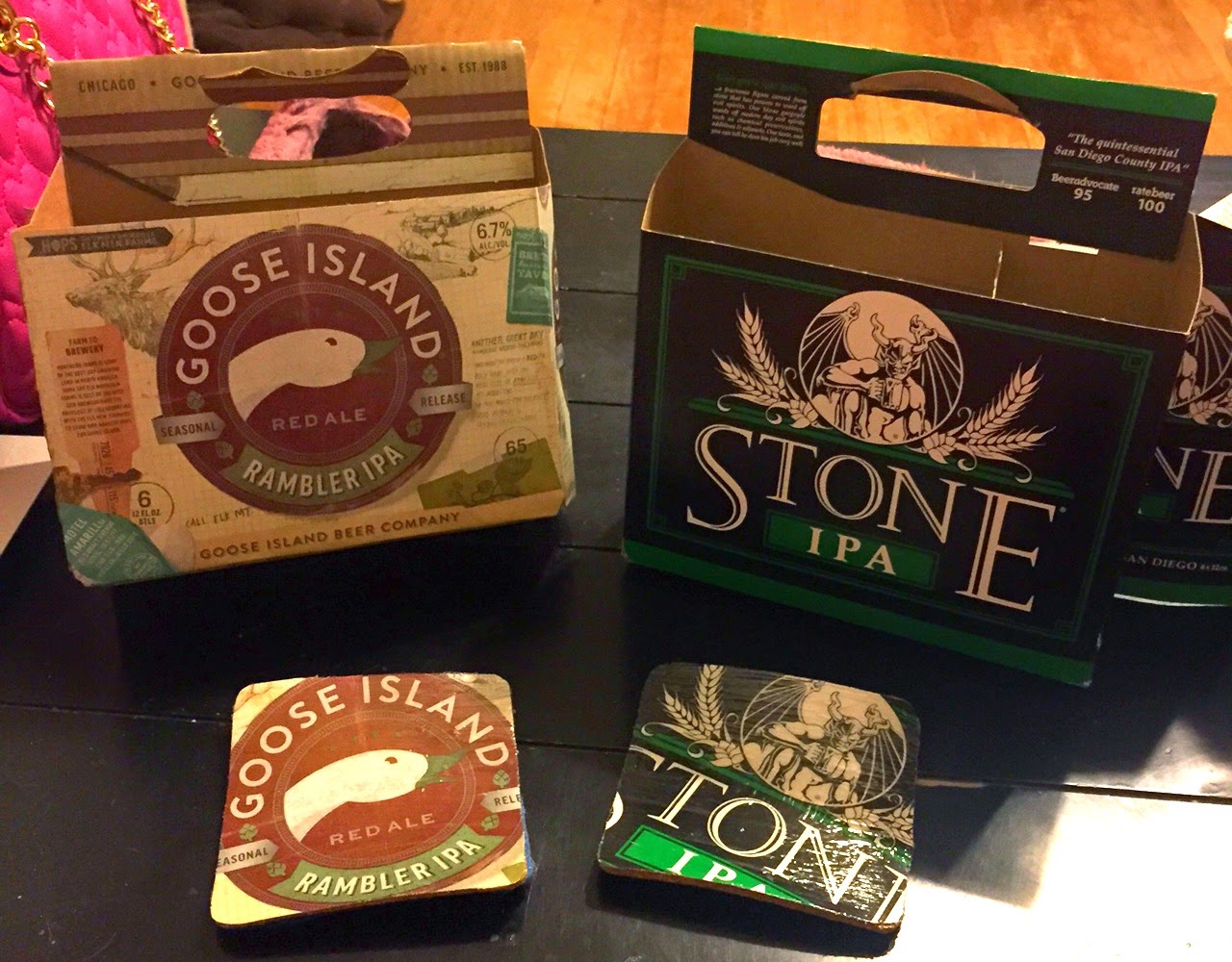 Then you cut the squares out of your six-pack containers. I placed the coaster on the six pack and then cut out around the most interesting part of the pack. It’s fun to make them tilted a little. The best part of this craft – is that I still have the other half of the packs to make another set! 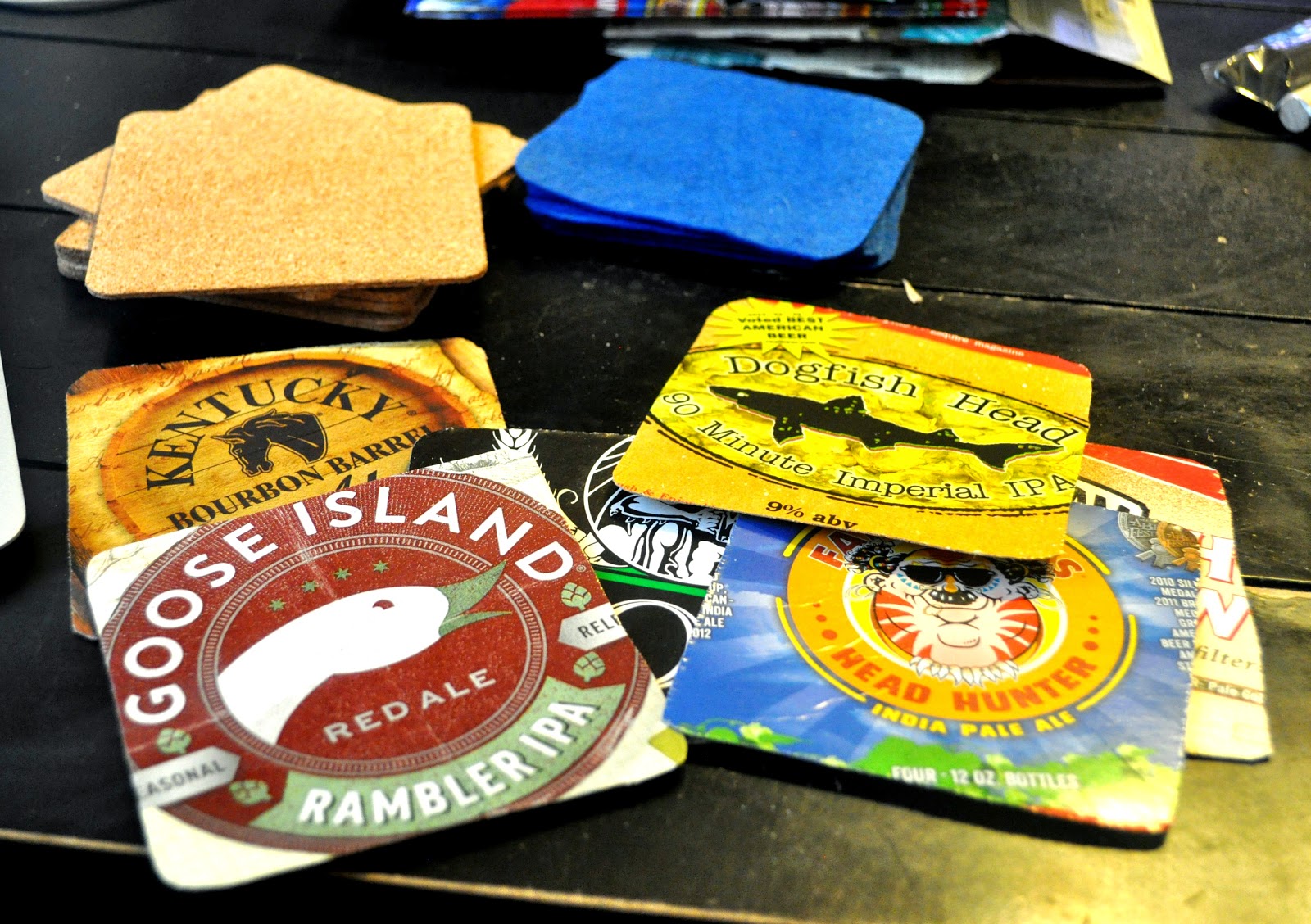 I love the designs on these – I just wished I had saved his six packs for the past 3 years! I’d have gift coasters for decades! 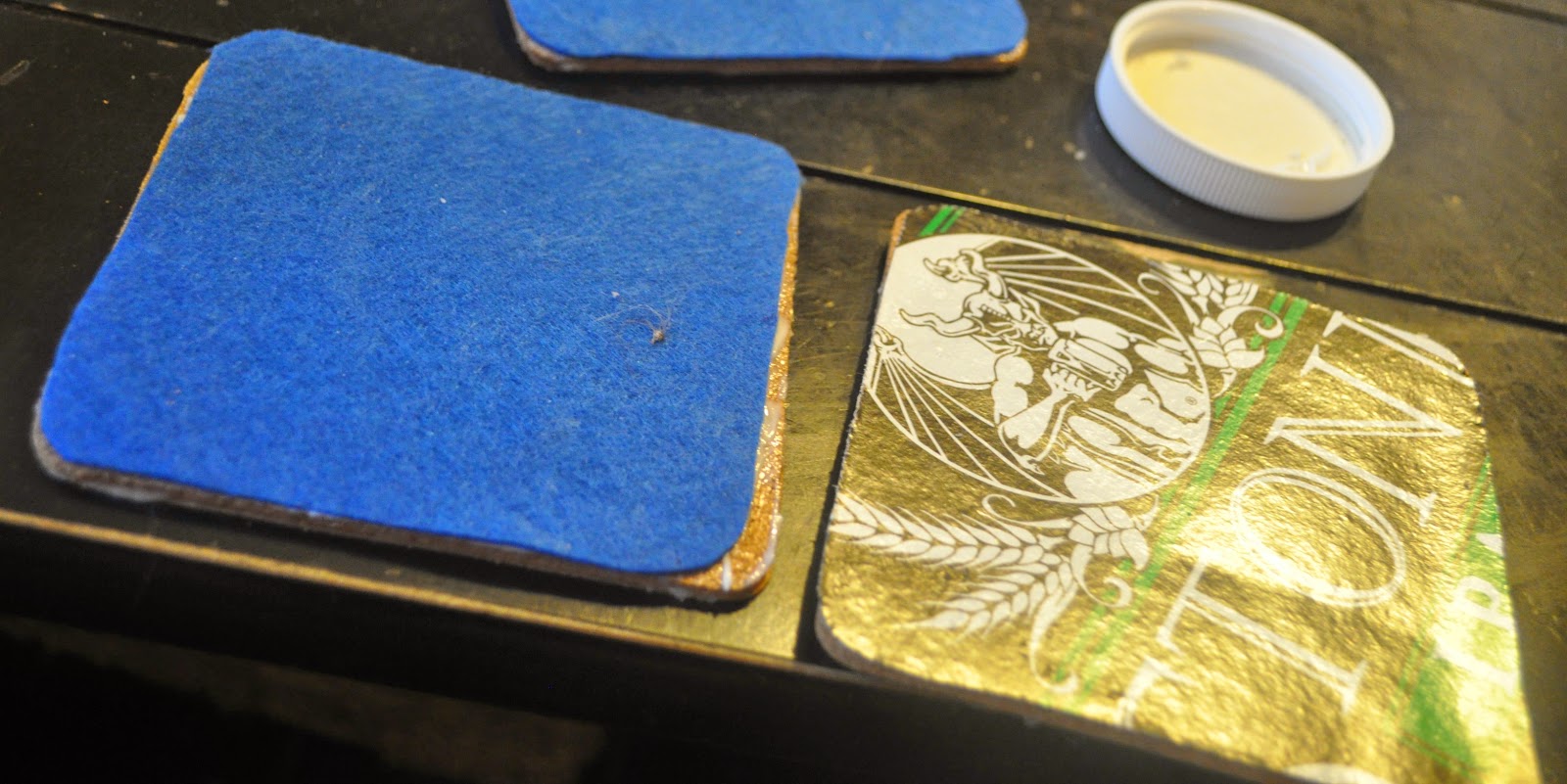 The Mod Podge is a process but not too bad: 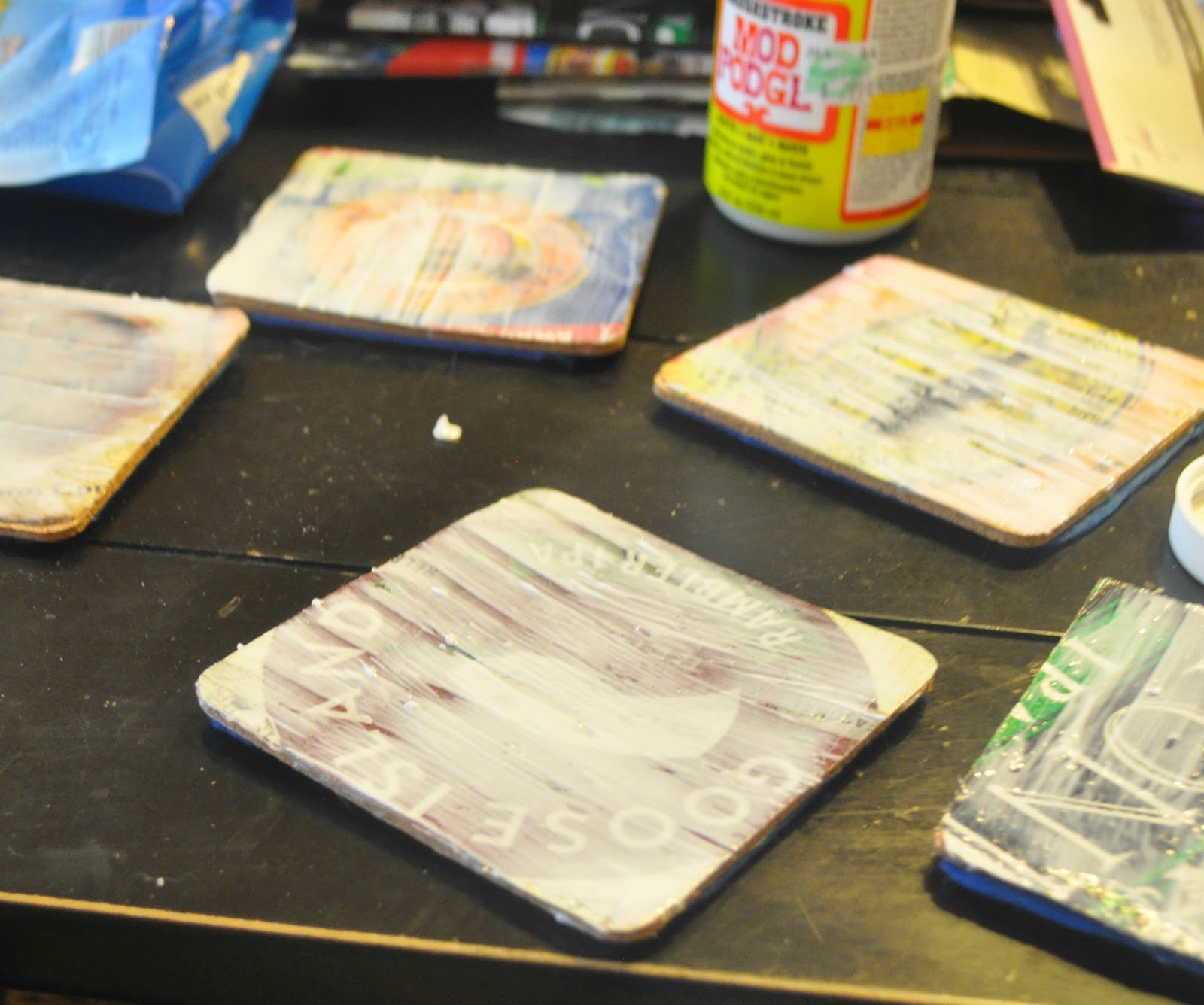 Once those are dry and stuck on pretty good – then you cover the top of the six pack graphic in a coat of Mod Podge. Mine went on a little thick so I only did one coat. If yours is runnier – you might do a couple of coats. 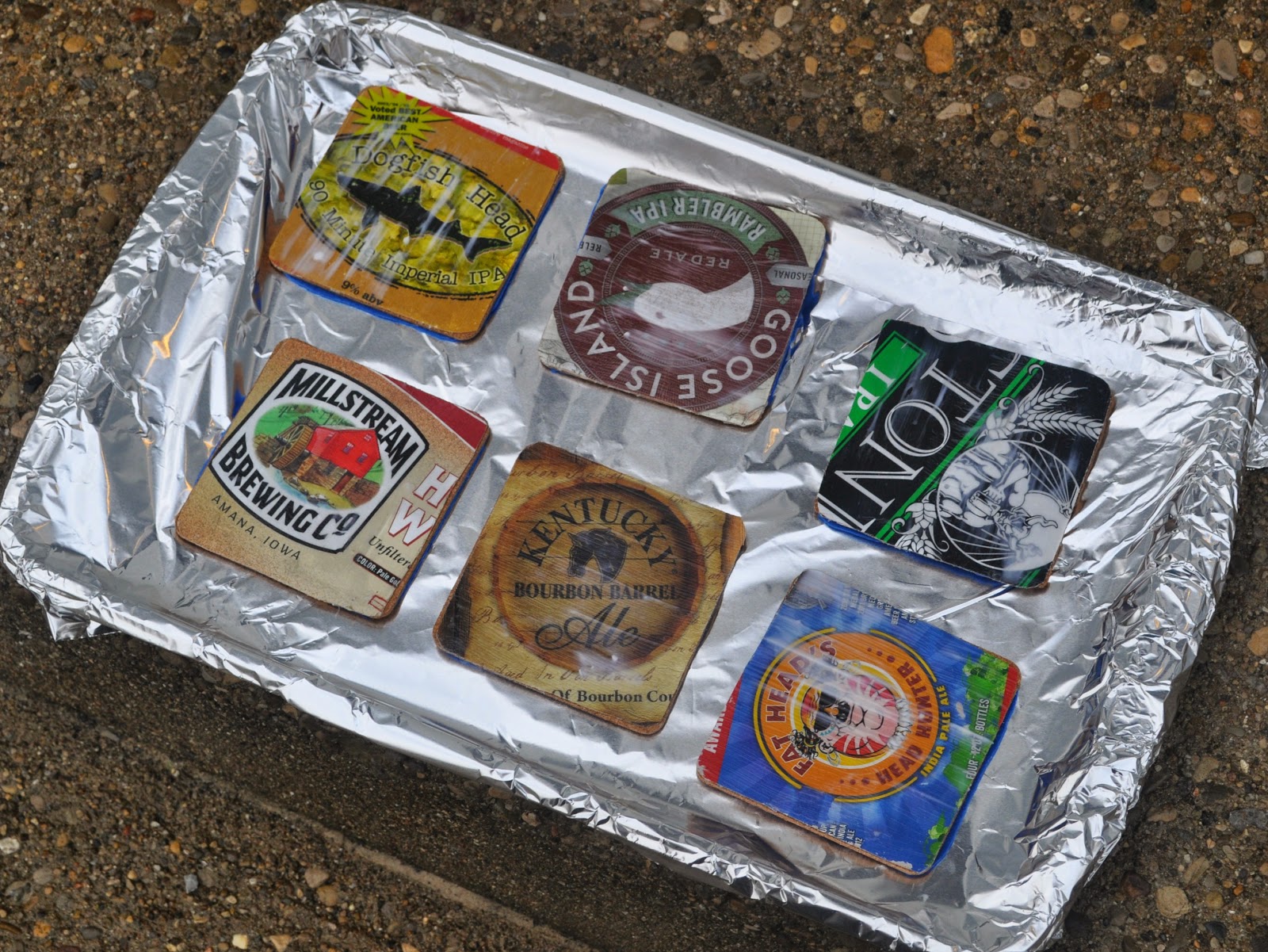 The last step is to coat with the Mod Podge Acrylic Sealer. They suggest using that outside. I covered a cookie sheet with foil and then put the coasters on it. It was wet outside and I had to let it dry between coats. I kept in my breezeway until it was fully dry. 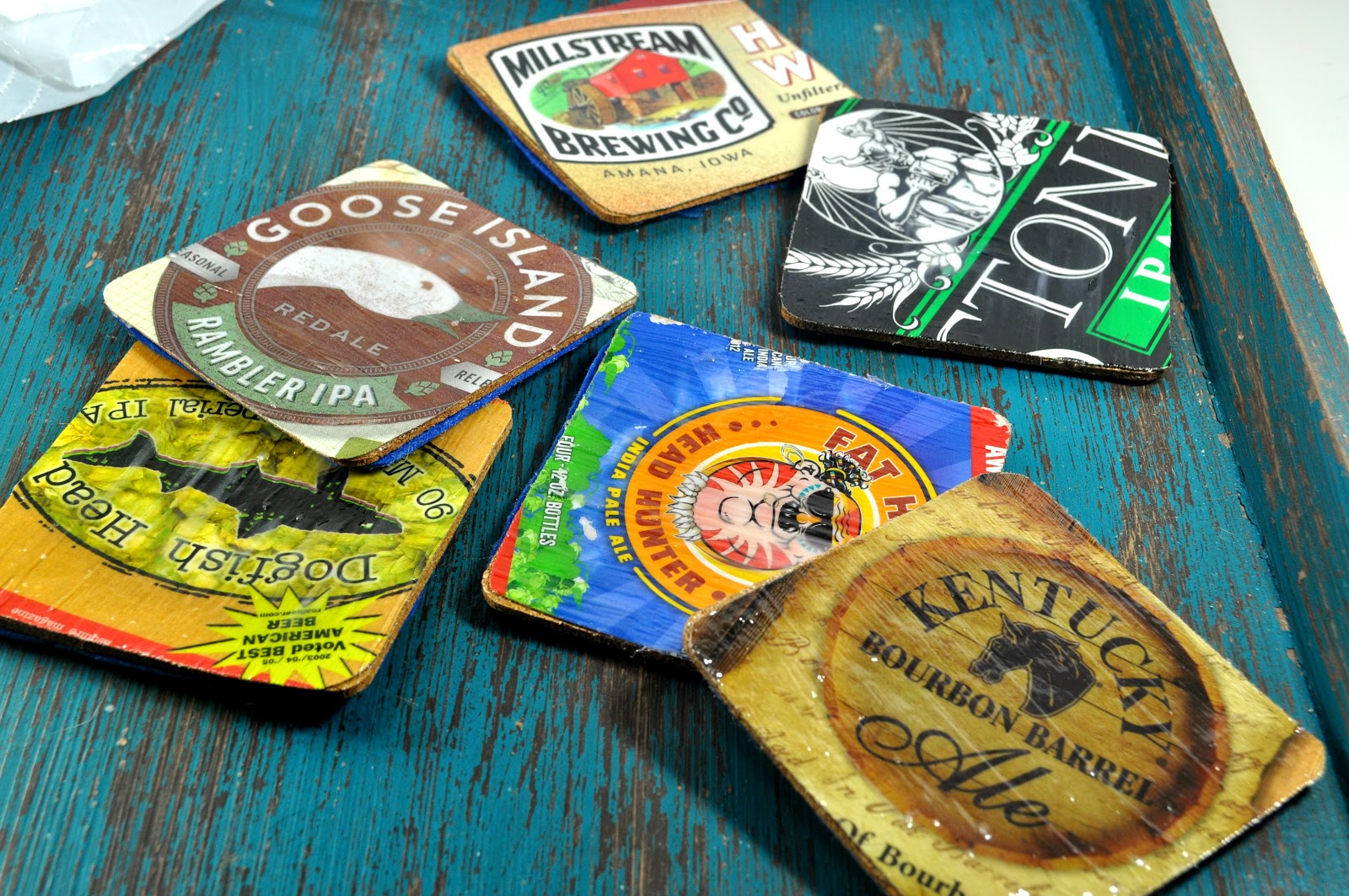 The coasters turned out really well and Larry was happy when he came home to his present! It’s a great addition to the man cave. 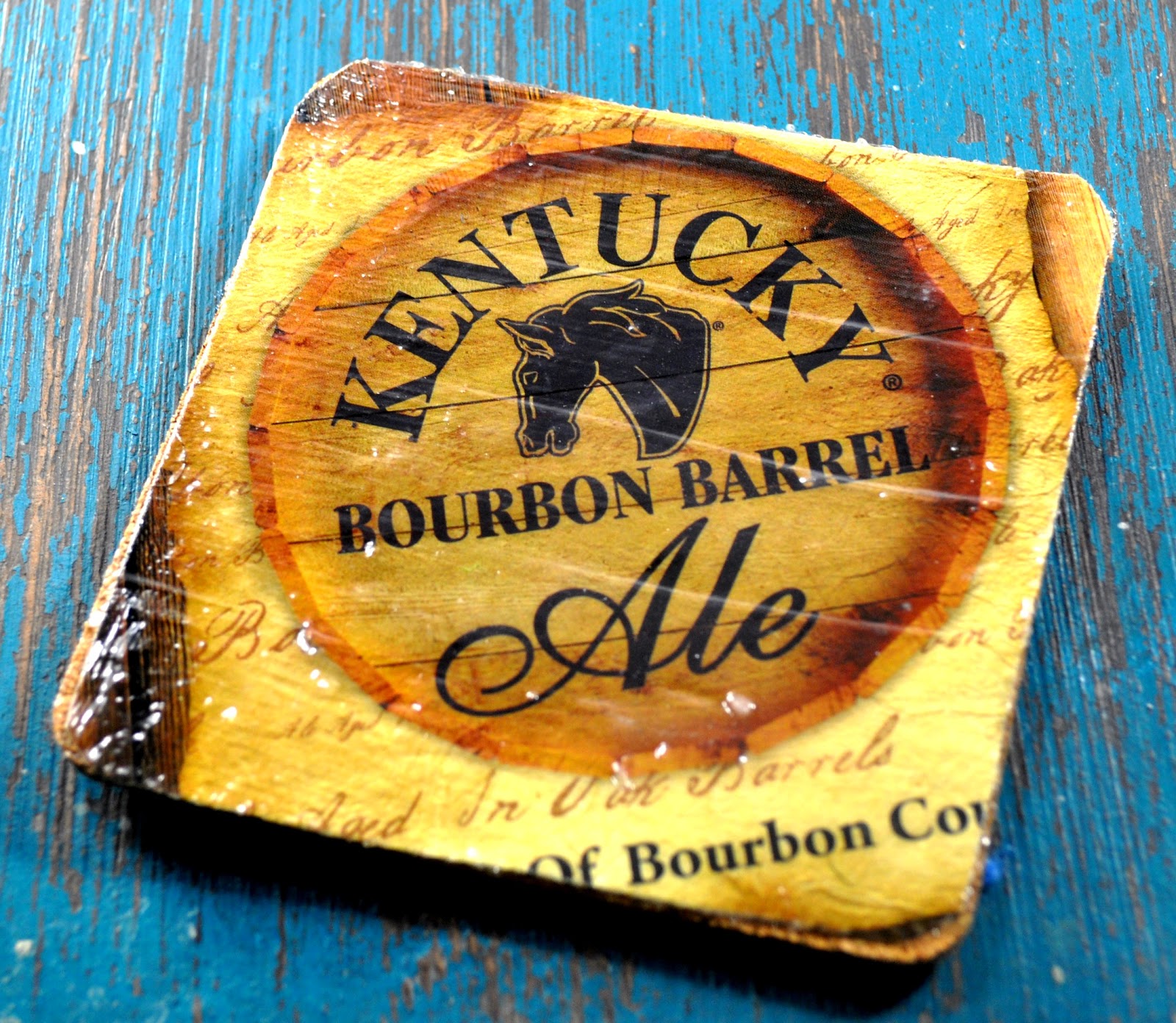 I also had to do one with my husband’s favorite – Kentucky Bourbon Barrel Ale.
This makes a great gift for the beer drinking, man cave loving man in your life! And it was super simple – I did this while I was watching Maury Povich (my guilty pleasure!).
DIY Beer Coasters
Tile or Cork Coasters
6 pack beer containers
Mod Podge
Mod Podge Sealant
1 sheet of felt
scissors
1. Using tile/felt as a guide – cut out felt and 6 packs into coaster shape
2. Apply Mod Podge to the coaster and then stick the felt to the coaster.
3. Apply Mod Podge to the back of the six pack and then stick to the other side of the coaster.
4. Cover top of six pack cut out with another coat of Mod Podge and let dry.
5. Once dry – apply 1-2 coats of Acrylic Sealant (should do outside).
6. Enjoy with your cold beverage! 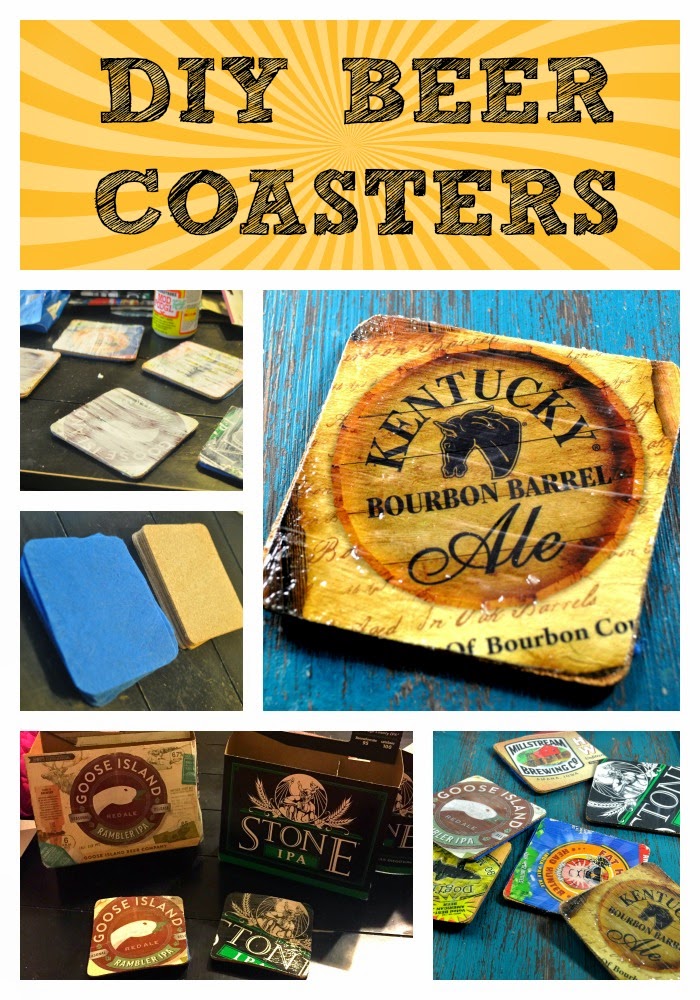