Earlier this year I did some side work with the Glendalia Culinary Studio and Boutique Hotel. I was able to take some of their classes and share the recipes with you! It’s always a great time – it’s BYOB – there’s food – there’s a little knowledge – what more could you want? So when it came time to have a party – I decided to have it there! 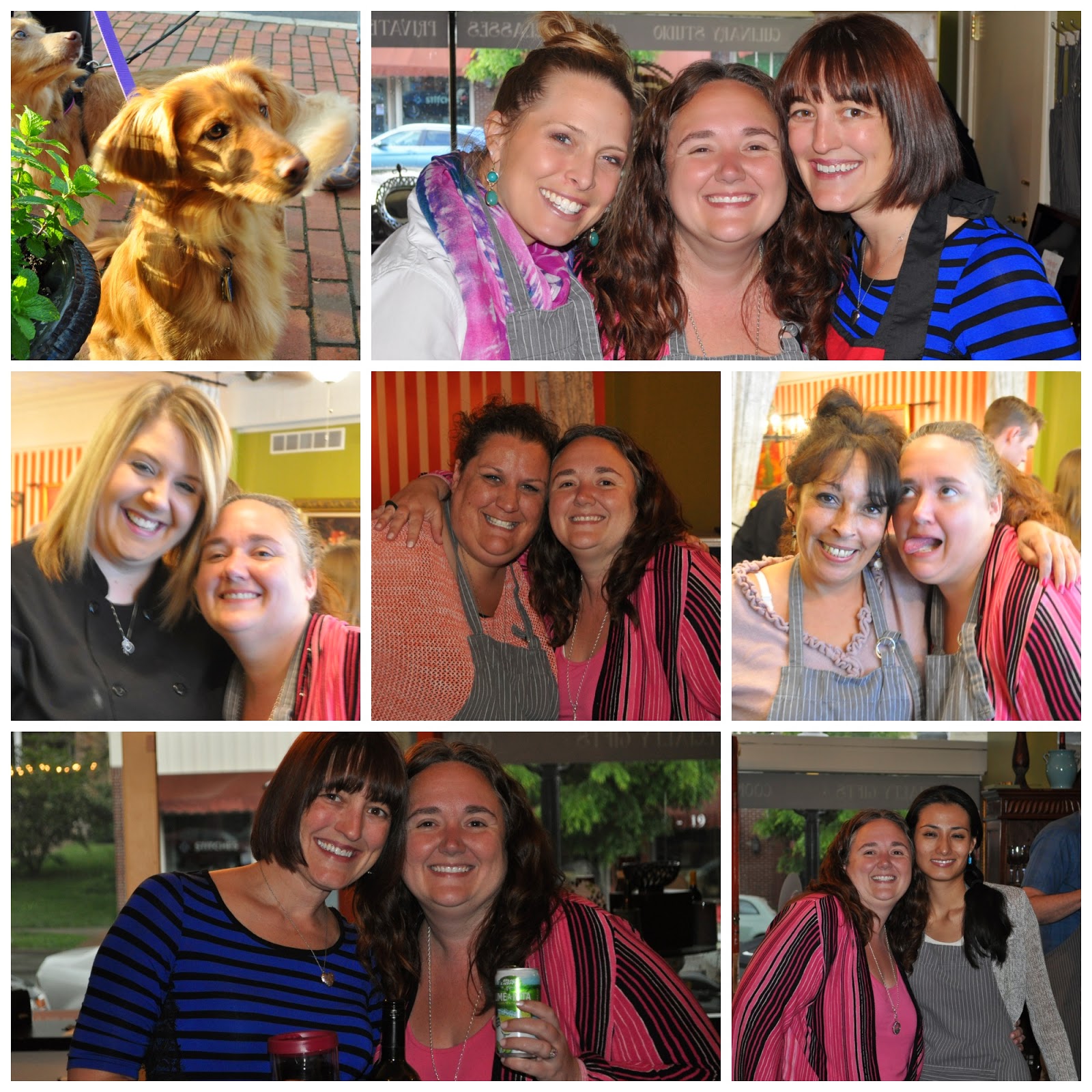 I was celebrating 10 years in Cincinnati and we called it the Heatherversary! I rounded up a variety of friends from the past ten years and we decided to make a Mexican feast of salad, chips, guacamole, empanadas and flan!

While we were cooking – as happens in Glendale – a couple of pups walked by – so we let them join the party too! (Well at least they got their pictures taken.) Danielle (blonde on the top right) was actually THE FIRST person I met when I moved here – it was monumental for sure. 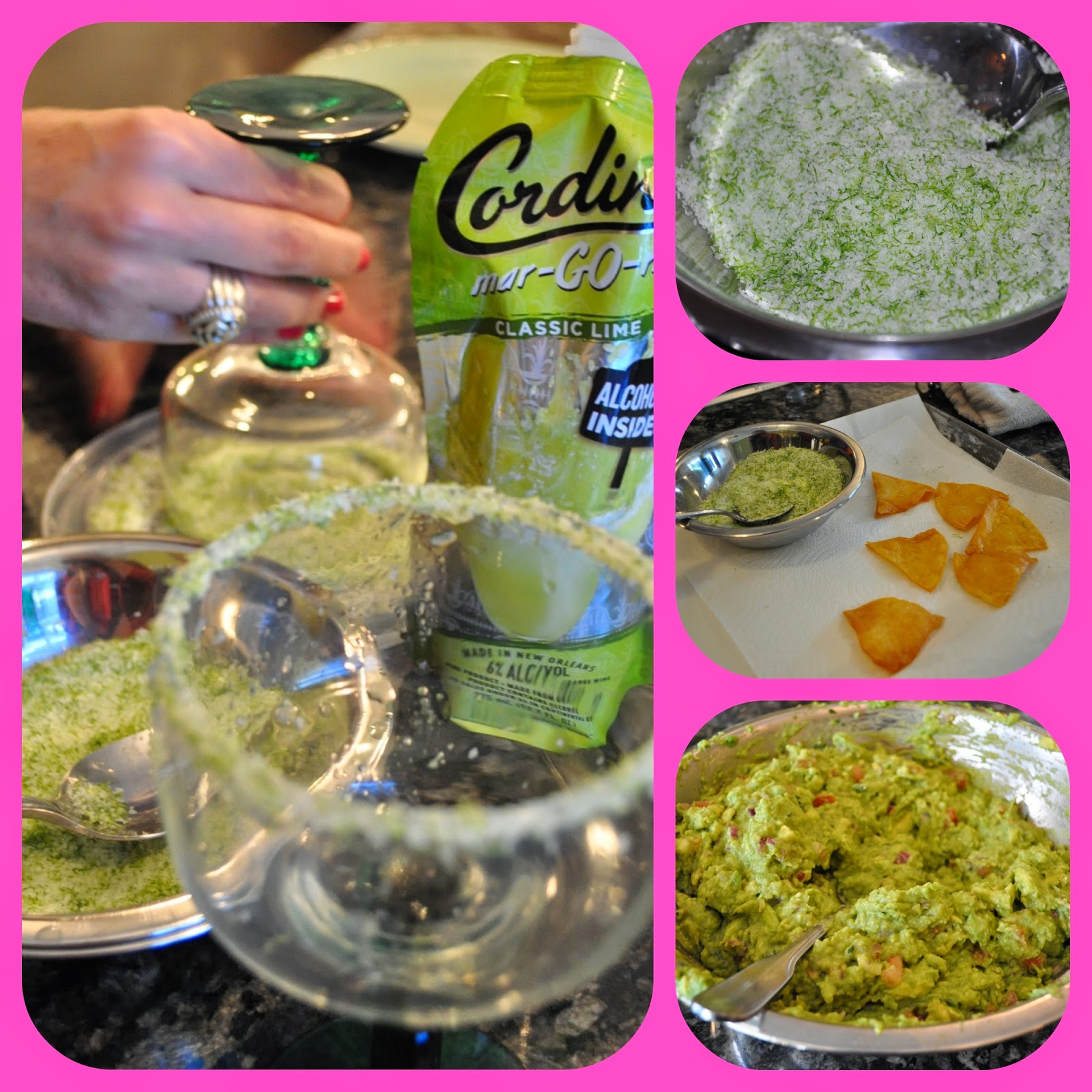 We started out by making chips, guacamole and lime salt. It was a great time – and then Rachel got the “brilliant” award for the night – she realized we could use the lime salt for our margaritas too! The lime salt was easy peasy – kosher salt with the zest of a few limes – stir stir stir and you’re done!

The chips were getting eaten almost as quickly as we made them. This was super simple too – we had store-bought corn tortillas – cut them into 6 triangles and then deep fried them on the stove. They tasted better than anything I ever bought in a bag! 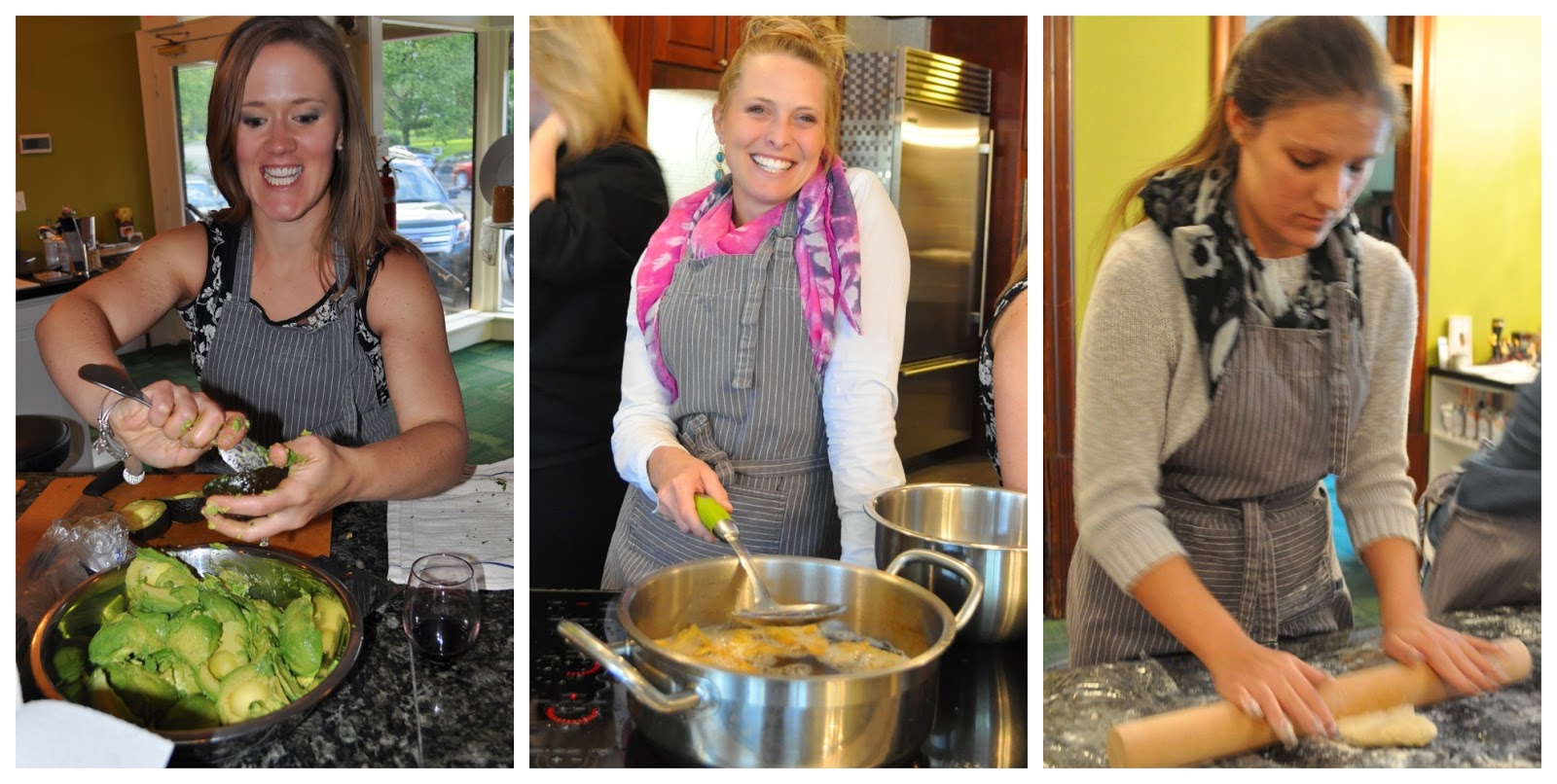 Here were some of the chefs-in-training for the night. We had a couple of extra spots open – so the guests from the hotel decided to join in as well! One of them was our avocado queen (on the left). The atmosphere of the classes is so relaxed that strangers become friends in about 2.5 seconds. Danielle was on chip duty – and was having a “web-redemption” of sorts for her previous crafting mishaps.  Hannah turned out to be the dough-maker extraordinaire. She showed a little of this talent in a previous pasta class – so we knew she had it in her. 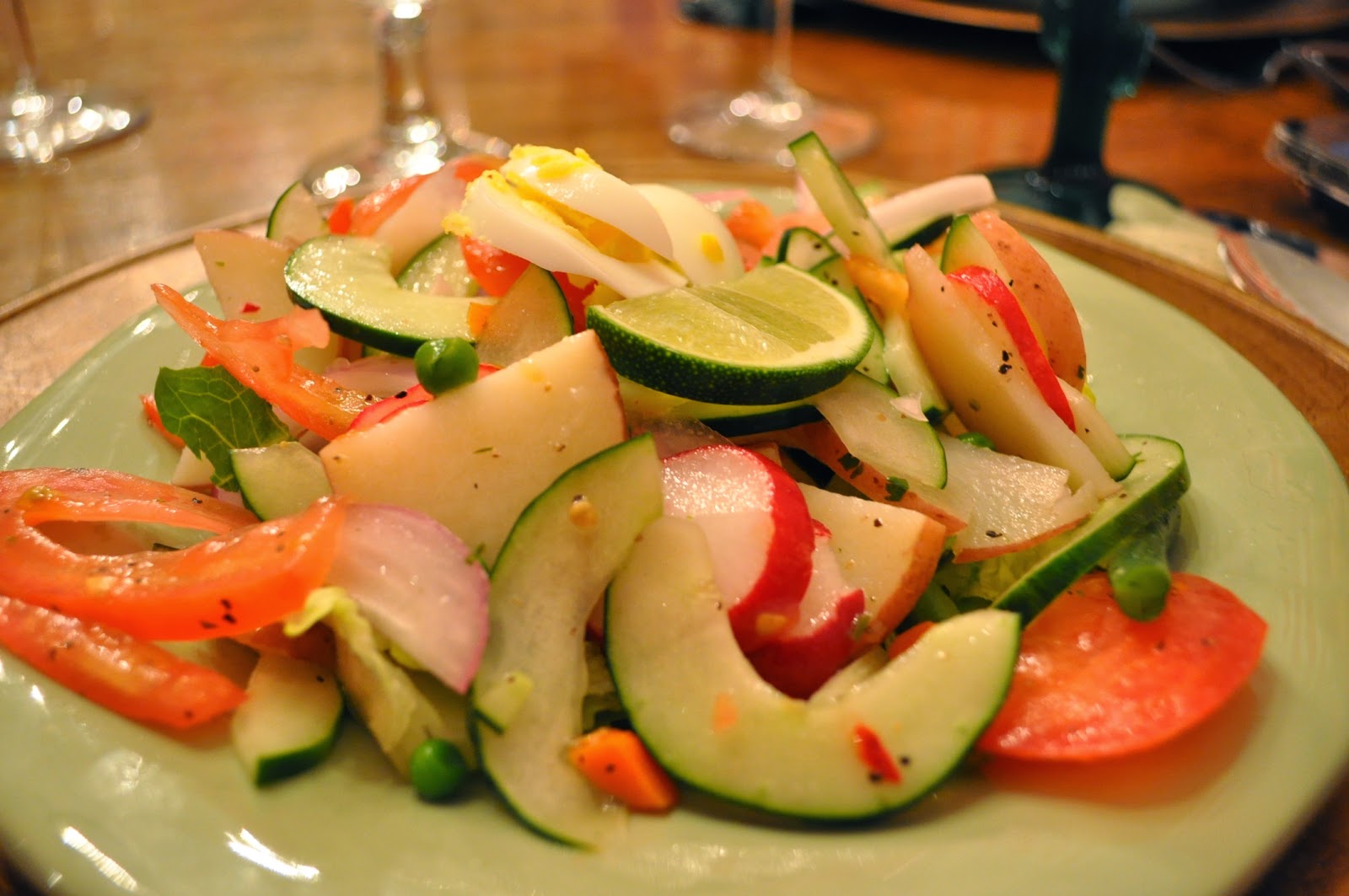 Once everything is made – the class sits down and the staff serve dinner. First up was our Mixed Vegetable Salad with Lime Dressing. Basically – slice and dice all your veggies – then mix up lime juice, olive oil, salt, pepper and cilantro – and dress the veggies with it. We did steam some of the veggies first (carrots, potatoes) – as an fyi. This was a really nice light salad and a great starter for the evening. 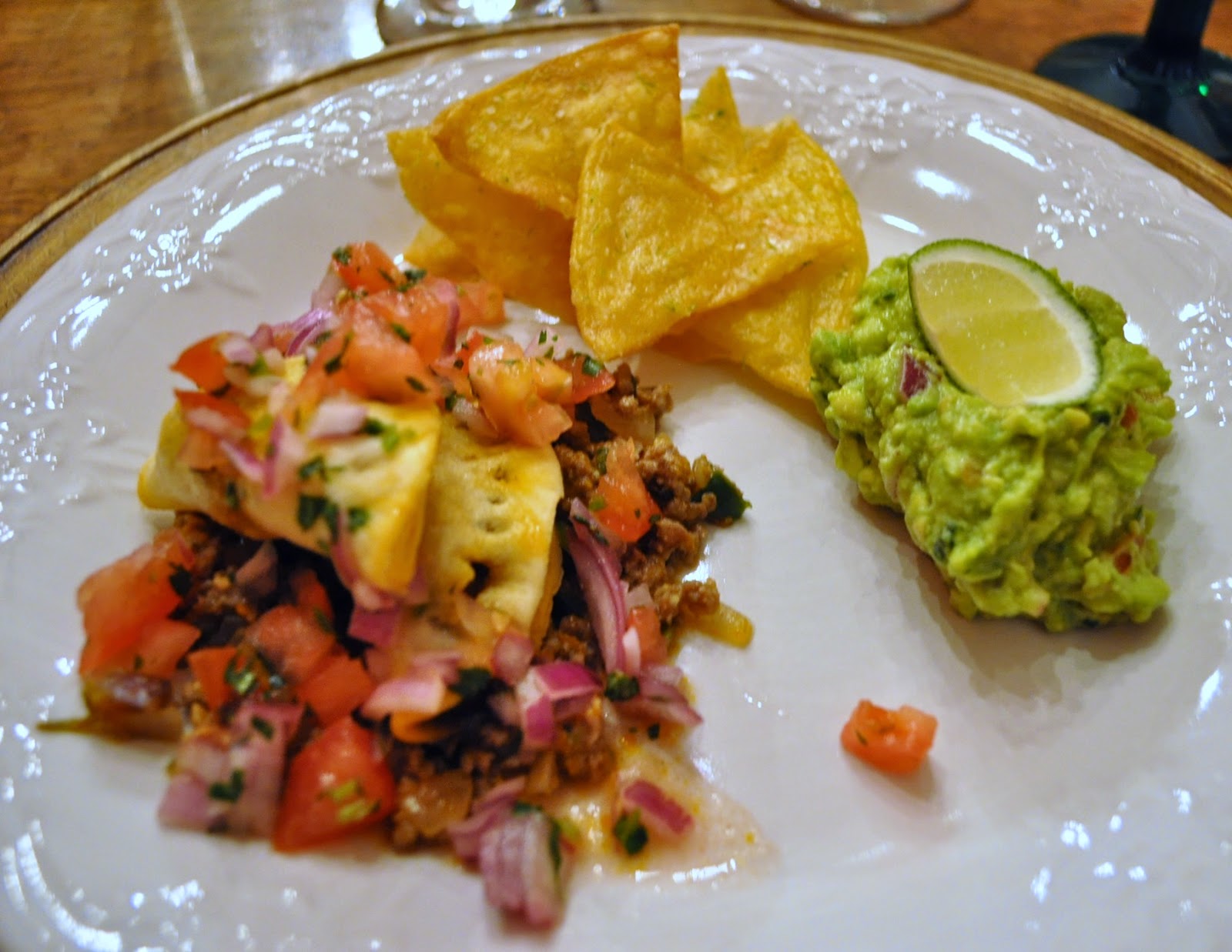 Then we had our empanadas, chips and guacamole. This was AMAZING! Shockingly – there were a few chips left for our meal. We also had quite a bit of the empanada filling left over so Chef Rachel put together a couple of empanadas on a bed of the filling topped with pico and then chips and guacamole on the side.

I’ve been wanting to try empanadas for so long! These did not disappoint in any way! I loved the filling – it was rich and juicy – so delicious. The empanadas were everything I had hoped for and they’re so easy – I can make them myself (maybe just not with homemade dough). Everybody kept going back for more empanadas – two was definitely not enough. By the end of the night – GONEZO! 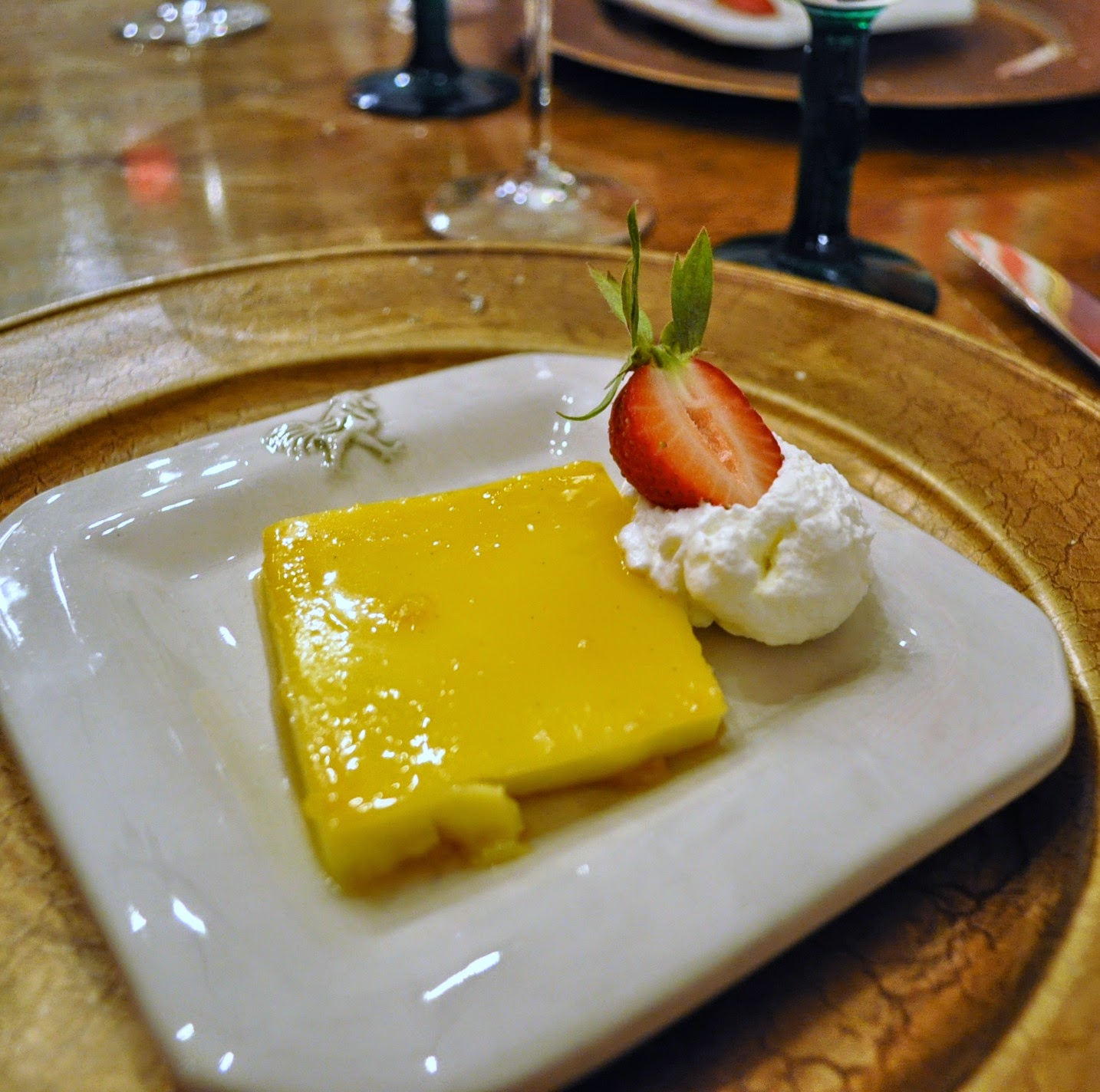 I had also been wanting to try flan – not sure how – but I’d never had it! With my day job, I work on a site that is in Spanish (Orgullosa.com) so we’re always talking about Mexican food – and it just makes me hungry!! One of my coworkers joined us for the class so we had to have a traditional dessert and flan was it. This was light, creamy and delicious. It’s a little temperamental – but with Chef Rachel there – we did just fine. 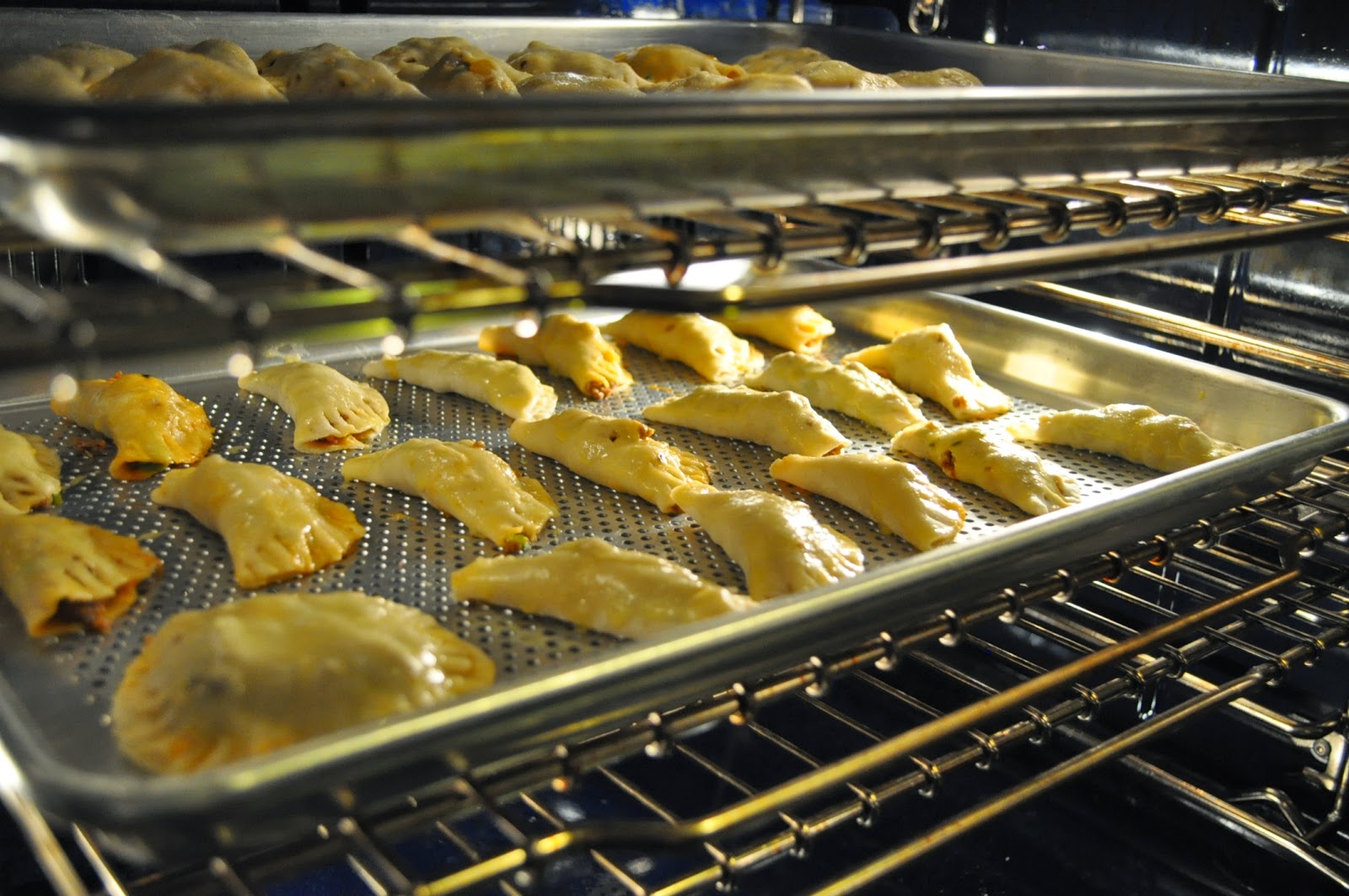 Since it was my favorite dish of the night – I wanted to share the recipe for the Empanadas with you – so good – I think I’m going to have to make them again very soon!

While I’m not doing work with The Glendalia any more – I do love the business. They offer cooking classes as well as having a really cute boutique hotel. If you want to do a private class like this one – it’s really simple – just talk to Rachel and work with her. Typical budget is $50-60/person but I wanted to keep this a bit less for my guests and they were really flexible with my requests.  I highly recommend them for private classes – it’s a lot of fun!

In a medium skillet, heat the olive oil over high heat. Add the beef, chorizo, onion, garlic, poblano pepper, cumin, salt and pepper. Cook for 5-7 minutes, stirring constantly so the ingredients are well blended. Add additional cumin, if desired, and cook for an additional 3-4 minutes. Set aside and let the filling cool.

Roll out the pie crust dough and cut out rounds using a 3″ cutter. Put 1 tablespoon of filling on half of the round. Fold the other half of the round over and using a fork, press down on the edge of the dough, making sure it is sealed all the way around. This forms the empanada. Whisk the egg in a small bowl. Brush the top of each empanada with the egg wash. Arrange the empanadas on a nonstick pan and bake until golden brown, about 15 minutes.