For the longest time, I’ve been telling my husband that I wanted to go to Cracker Barrel. Every time – he shoots me down! For some reason – he’s got a mental block. He thinks because it’s “home cooking” that it all has eggs. Luckily for me – I have friends that will go with me! 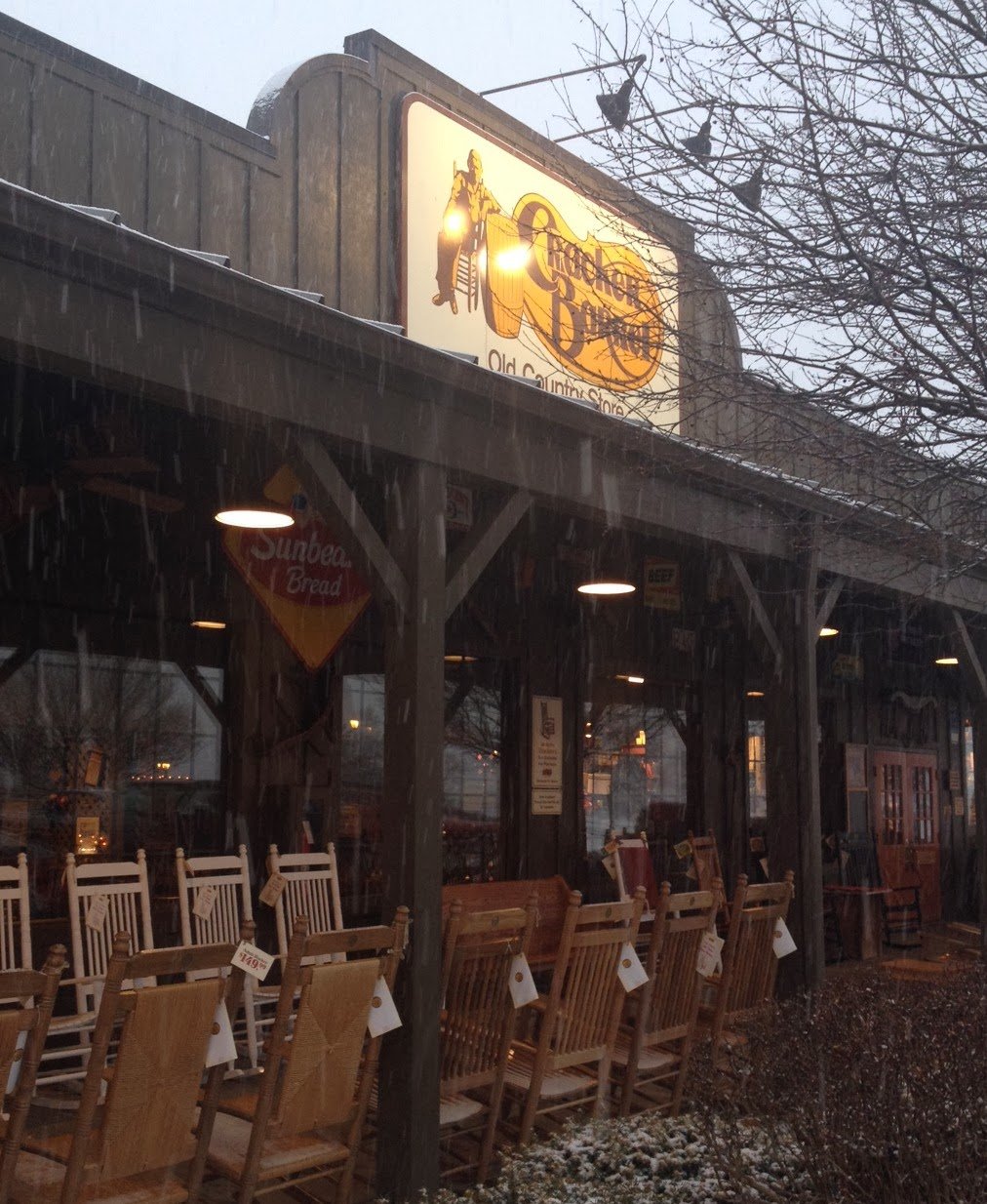 So – in the midst of one of our many snow storms – we headed off to breakfast at the barrel of cracker in Harrison, OH. 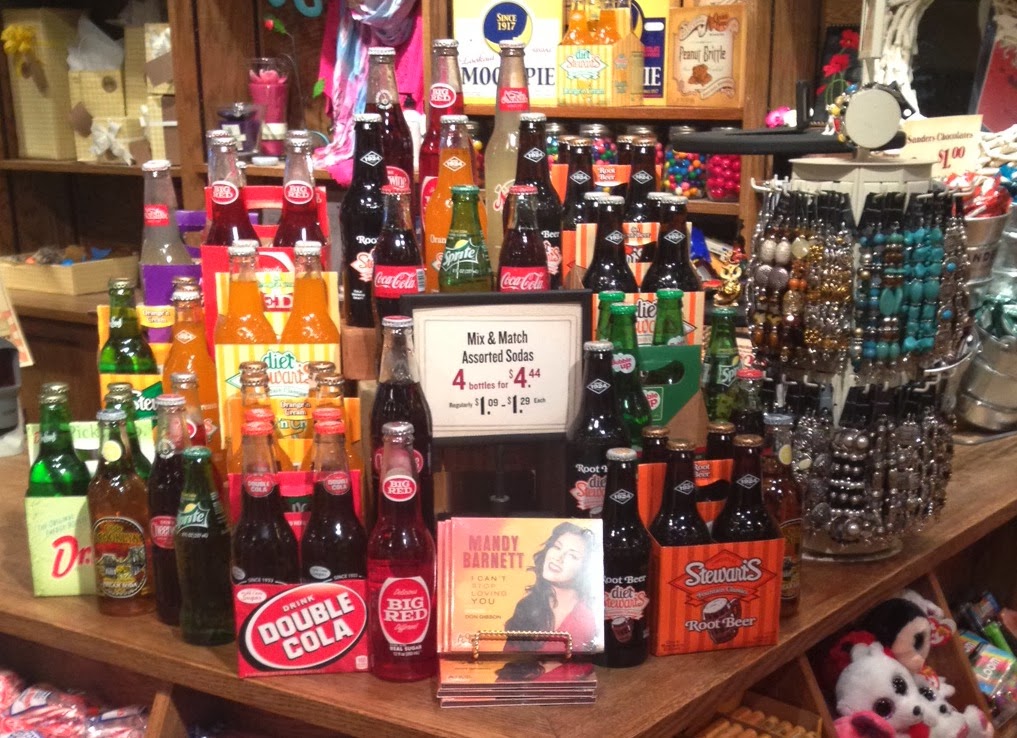 I love all the knick-knacky stuff they have – like some random soda? BOOM! Like a gum they don’t make any more? BOOM!  Pretty cool stuff.

But breakfast – mama needs food. Kristin from It’s Free At Last went for Momma’s French Toast and Momma – it looked good. I’m a sucker for french toast even though I wasn’t in a syrup mood that morning. There is plenty of it with four slices of sourdough french toast and it comes with eggs and a choice of meat.

It also comes with this adorable little syrup bottle!
I went for the Old Timer’s Breakfast which has two eggs, grits, biscuits & gravy, fried apples or hashbrown casserole and a combo of sausage and bacon. 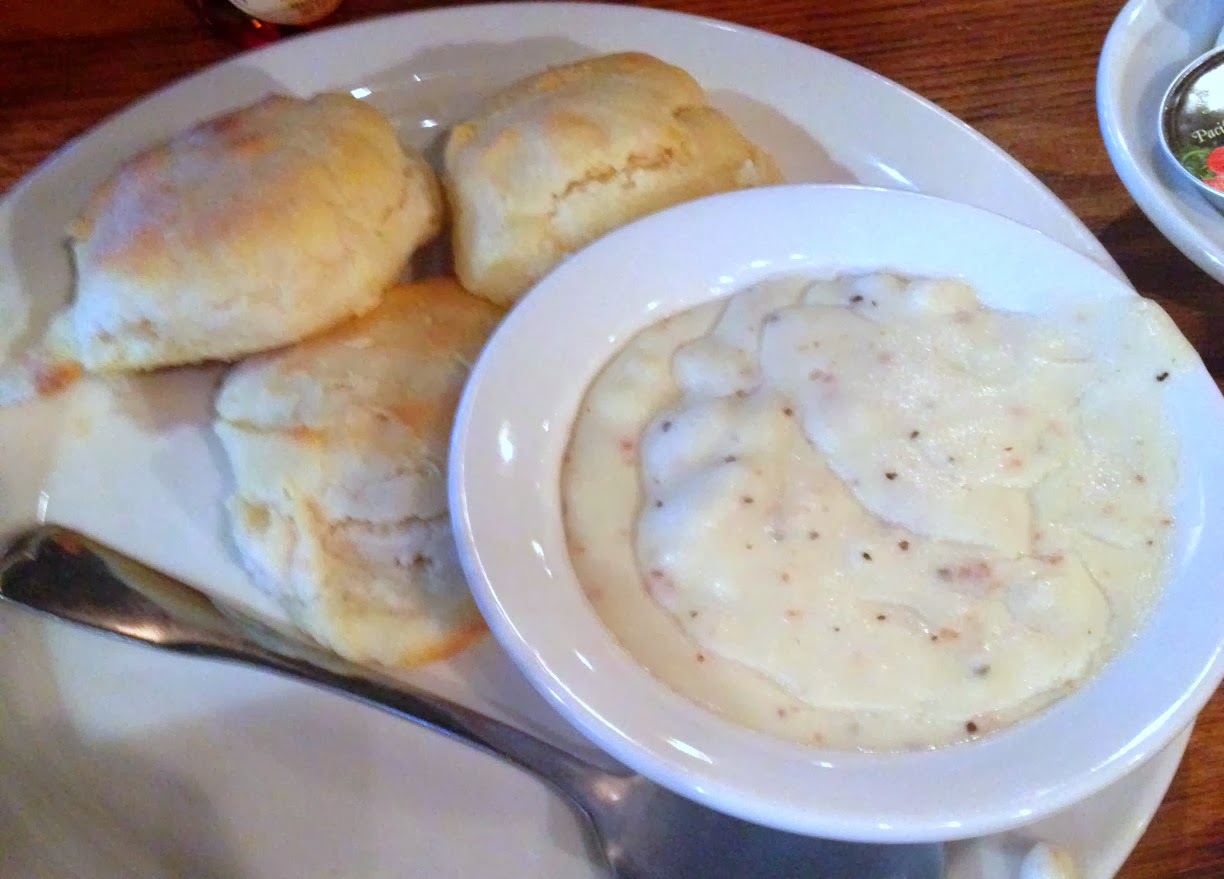 I was a little surprised at how small the biscuits were – they were kind of hard but I was actually glad they weren’t so large. Three biscuits would have been a lot – but these mini ones were fine. The gravy was okay – a little film on the top – nothing too excellent. 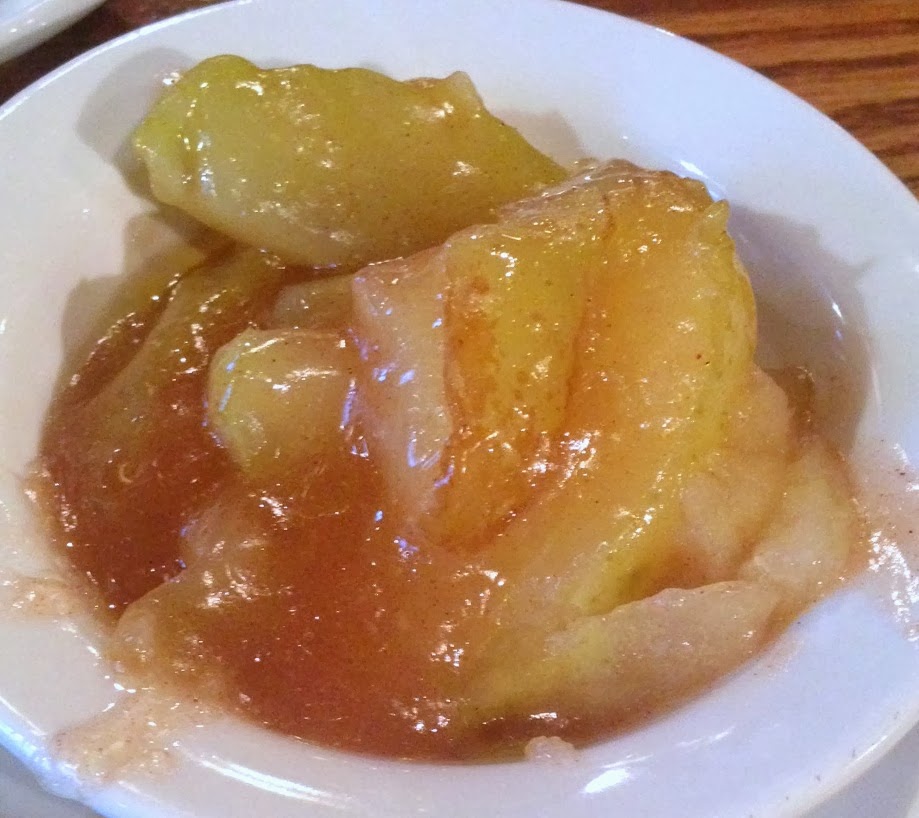 The apples weren’t so good – the skin is on them (didn’t know that) and they were barely warm. If they’d been warmer – they would have been better. 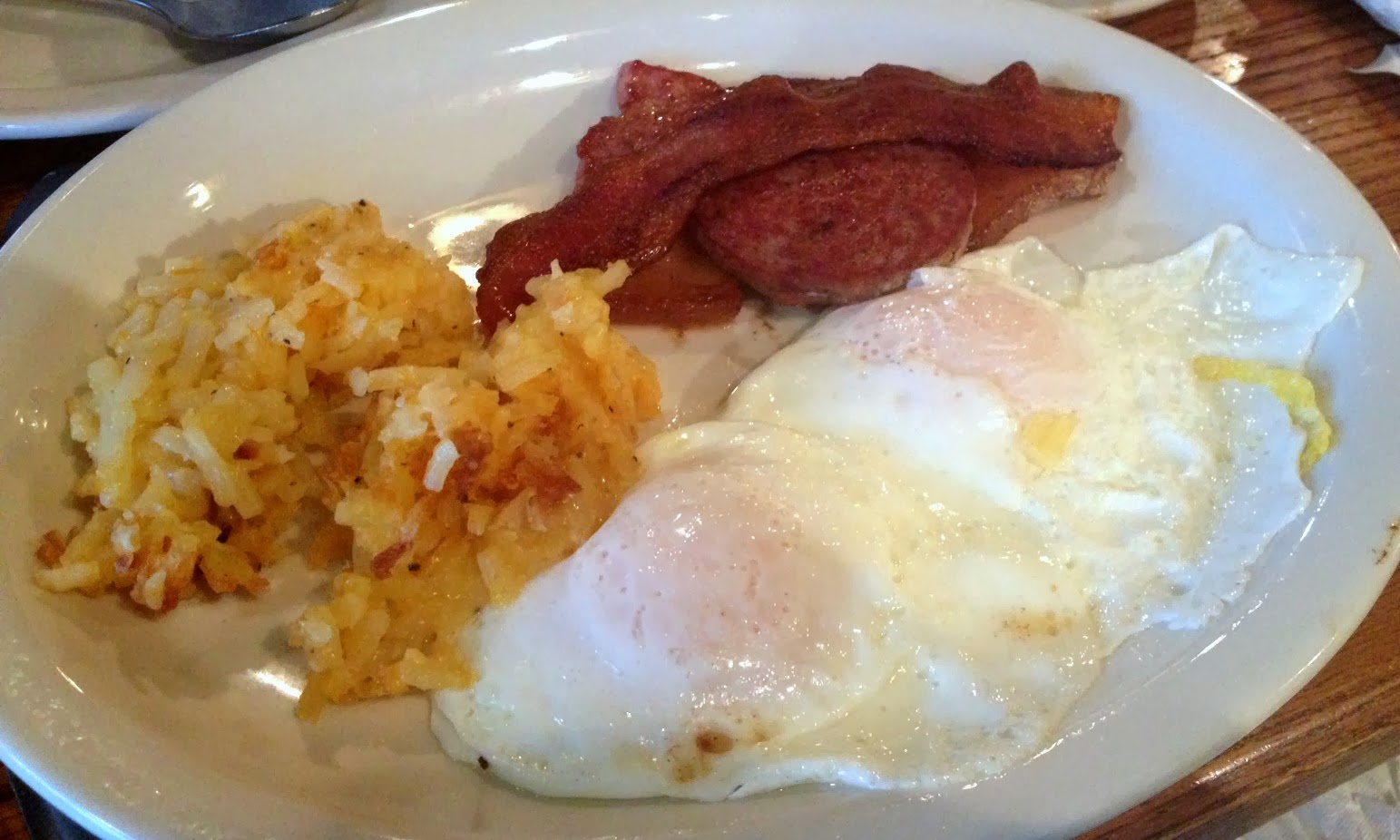 The eggs were fine – but how do you jack up eggs? The bacon was really good too. The hashbrown casserole was disappointing – it was cold and just meh. I didn’t like the sausage patties either.

All in all – I didn’t love my breakfast and it was disappointing because I’d really been looking forward to it. 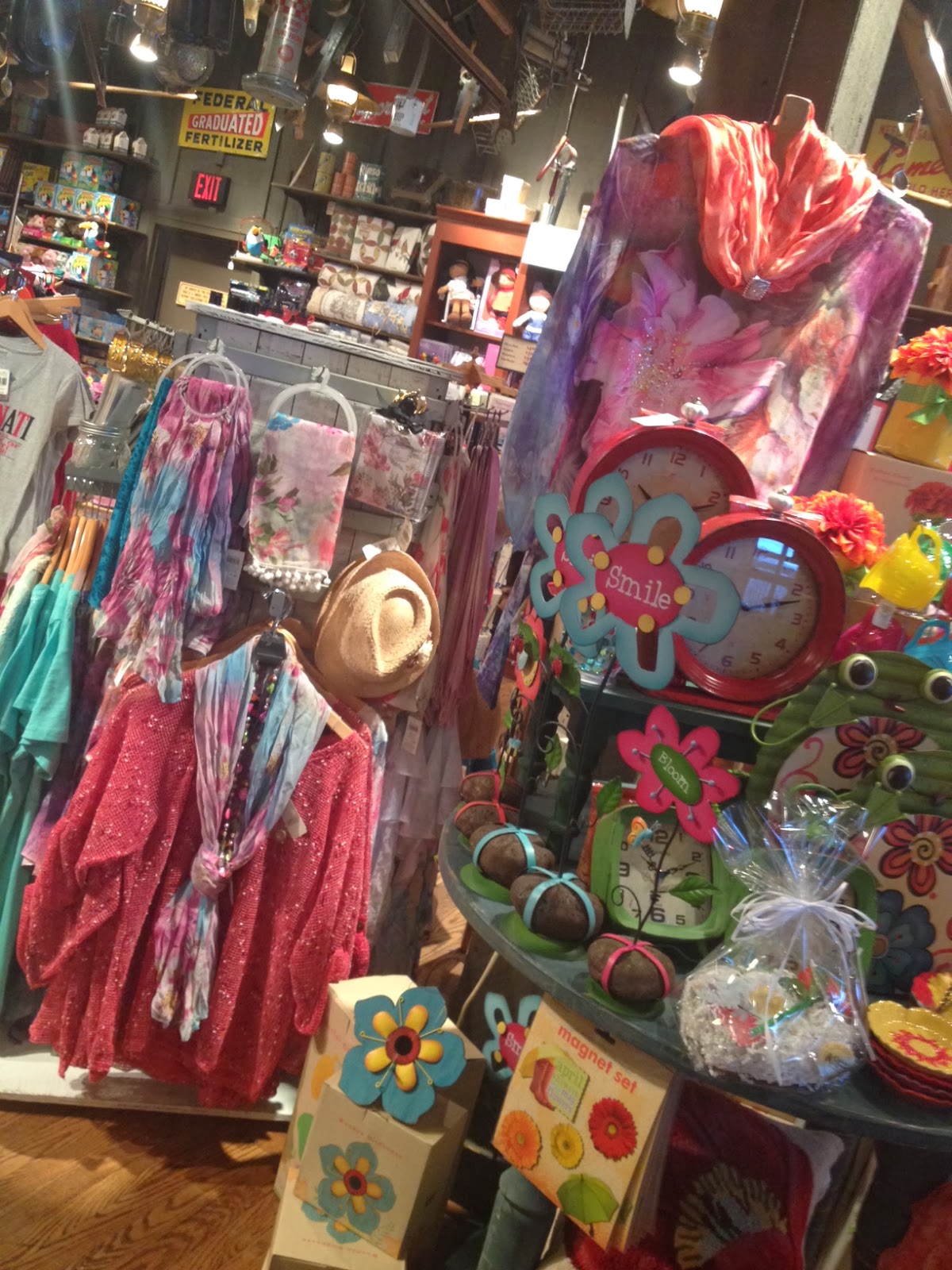 That said – I loved the store! I couldn’t get over all the cute stuff! I really could have spent a lot more time there. The prices aren’t bad either. 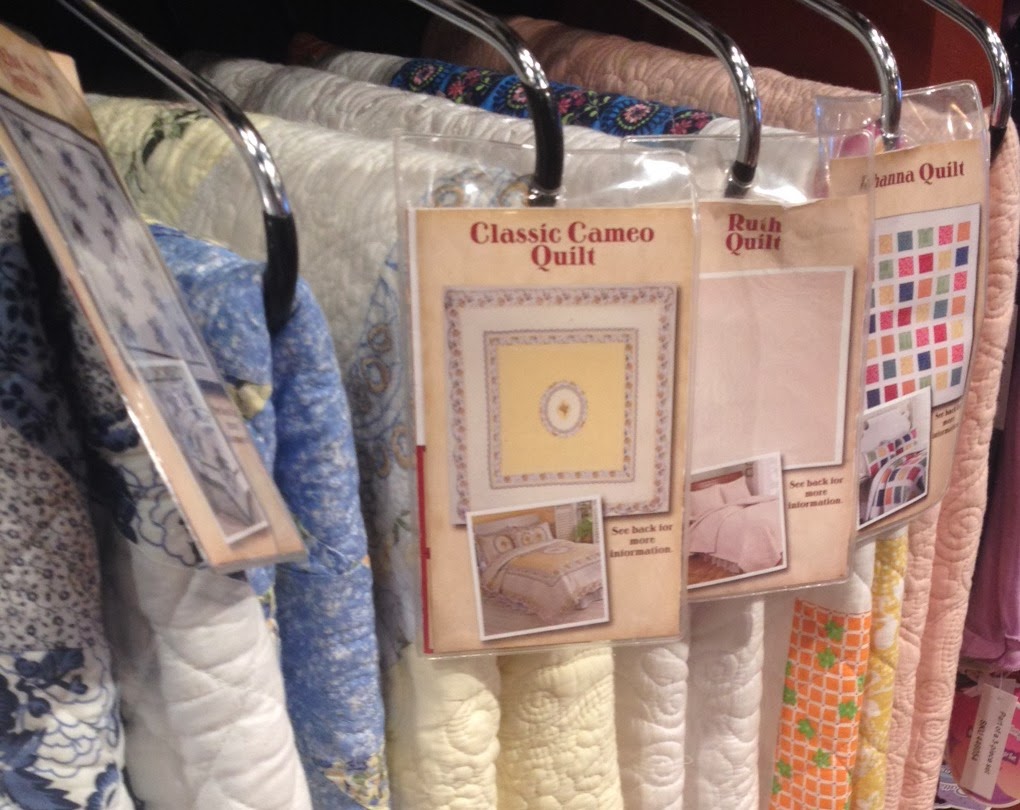 They have quilts too! They were really pretty and the prices weren’t bad either (for quilts that is).

Why Should You Go? Well – I wasn’t a fan of the food which was a big disappointment. Everything (except for the eggs) seemed like it had been sitting for quite a while. Not sure if that’s the norm – can anybody share their experiences with me?!