Hofbrauhaus Newport opened in 2003 and I share a kinship with them since that’s when I moved to Cincinnati!!! When they opened – they were the first Hofbrauhaus in America – pretty cool. 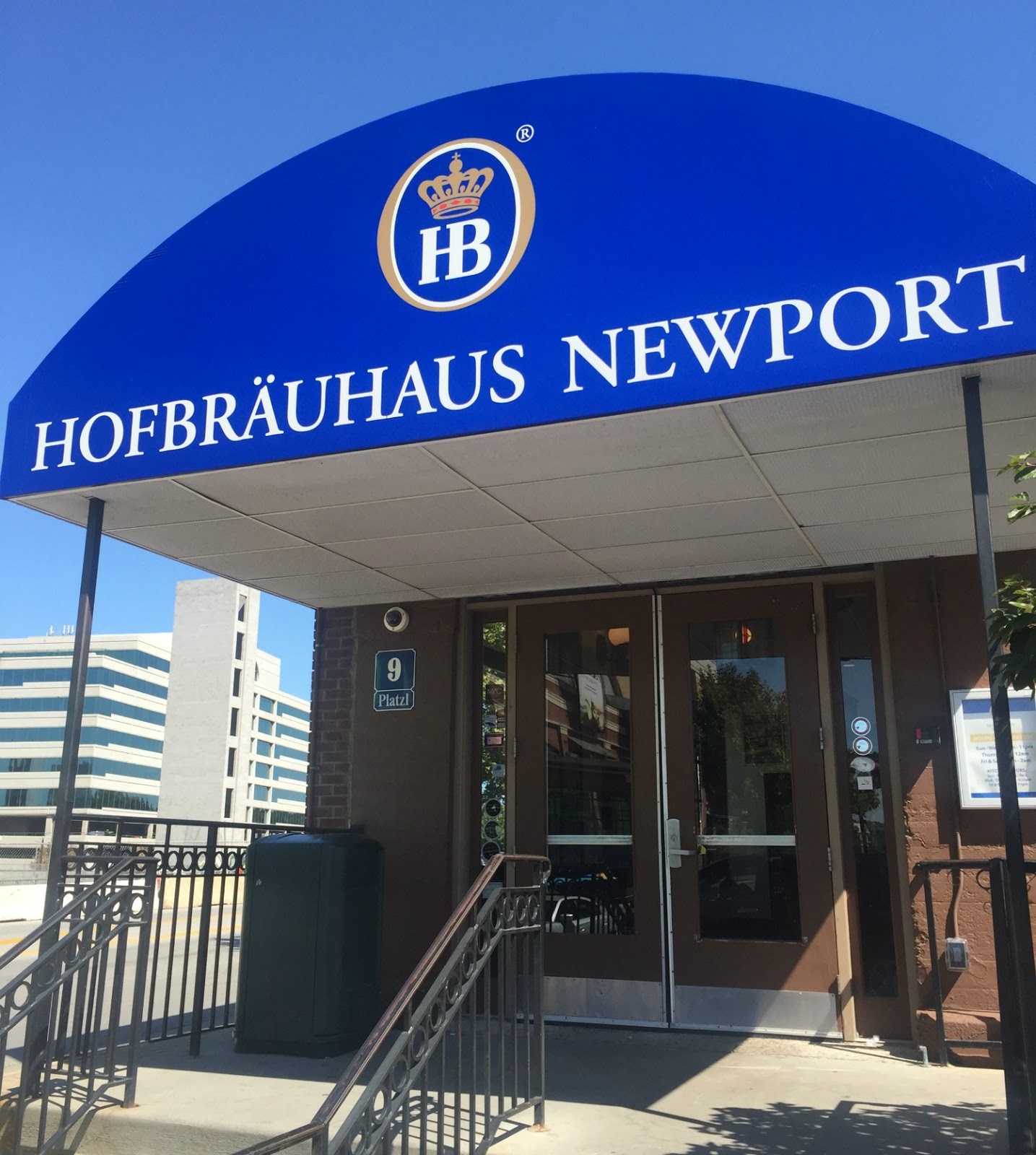 I remember going quite a few times when it first opened and throughout the years – I even had a date with the drummer of their polka band. (Just one date? Two words: fanny pack) Honestly though – I haven’t been in years! I work just across the river and one day we were at a loss for someplace different to go and decided to try it again. 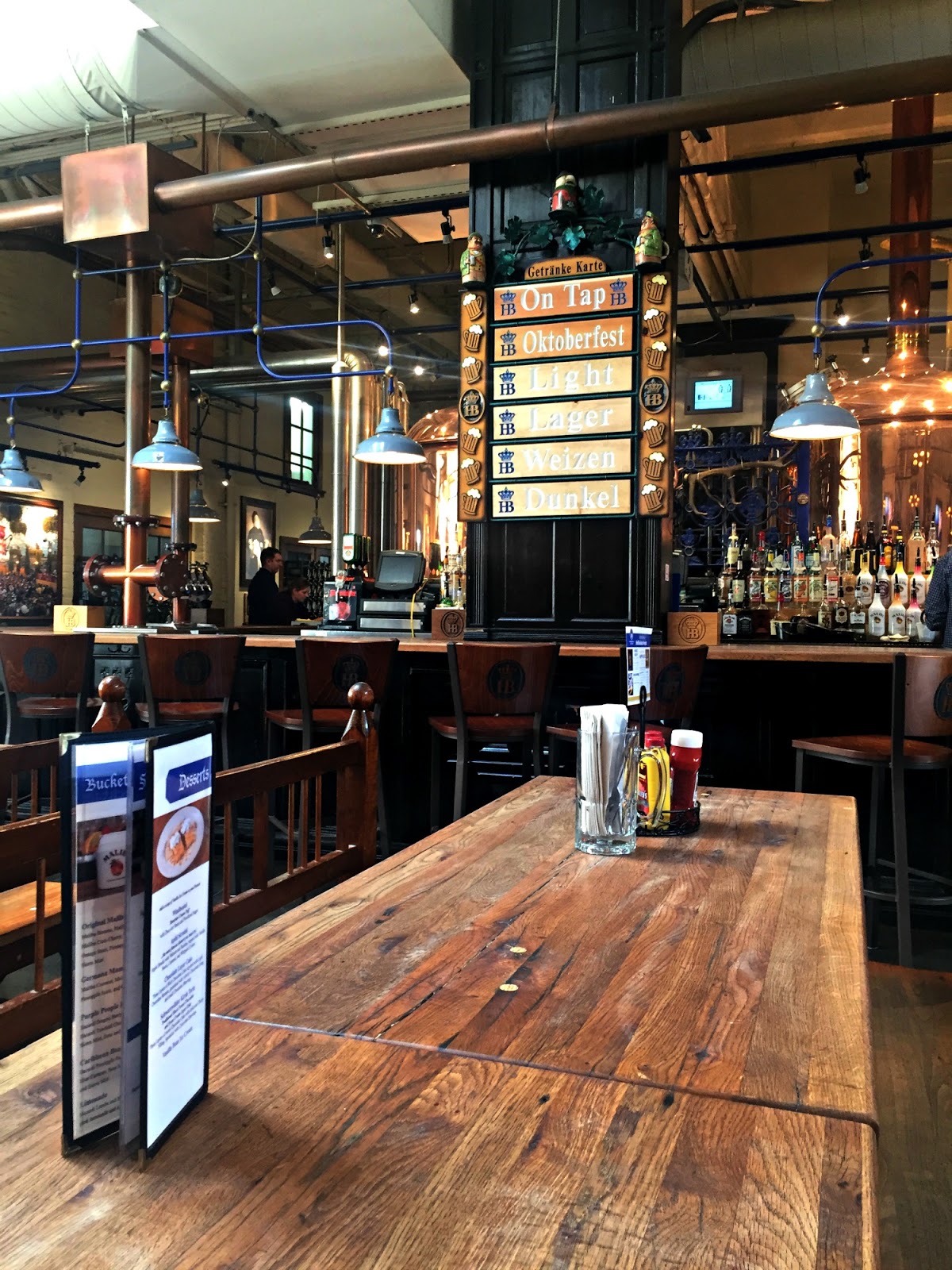 We went for lunch and it was pretty dead. But the place is HUGE so it’s hard to even imagine it full. Now we were there for lunch so we weren’t partaking in their huge bier selection – but it’s definitely one to check out. 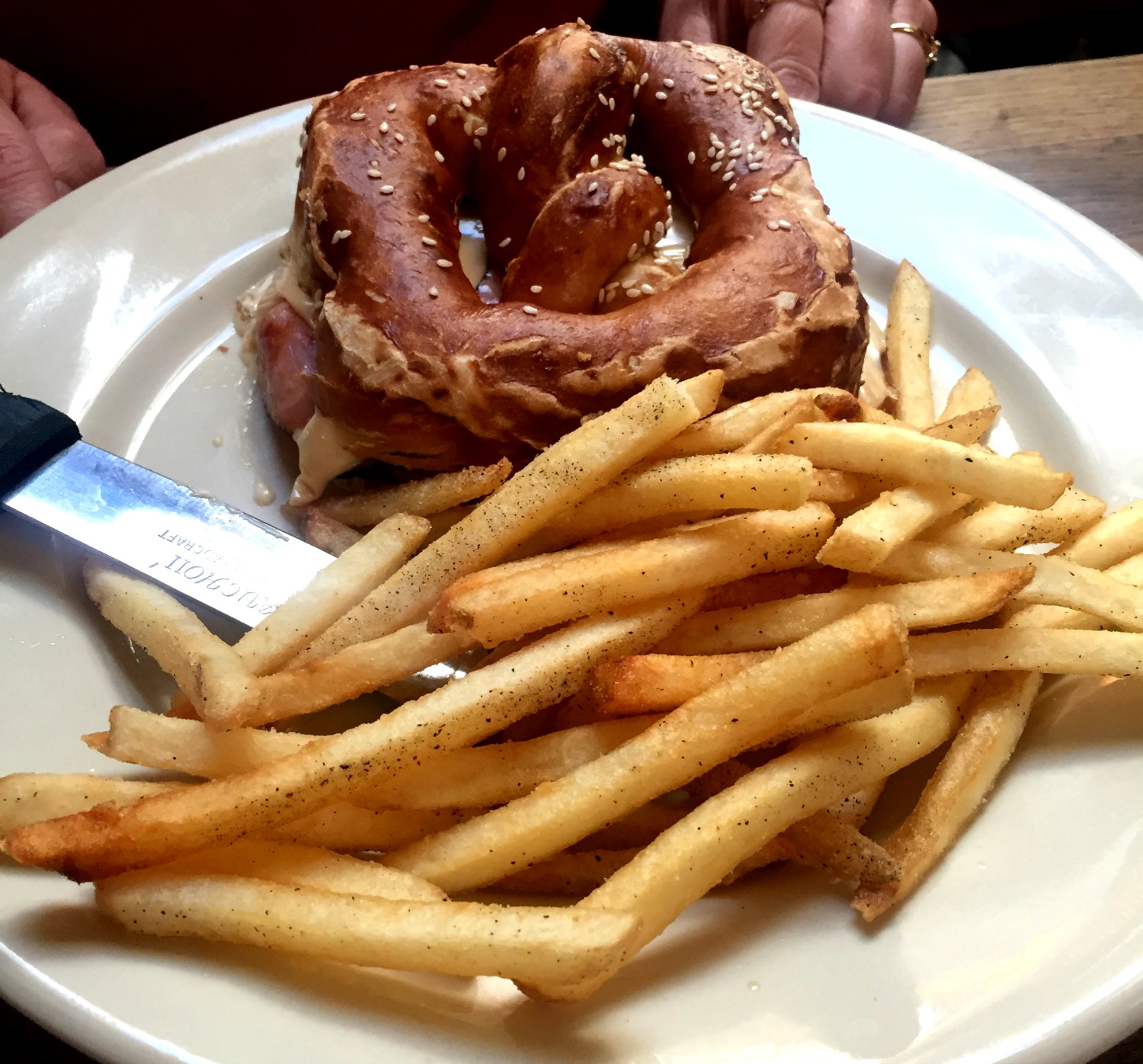 Dawn went for the Pretzel sandwich – it’s a big sandwich and definitely filling. She really liked it and it’s hard to go wrong with ham and swiss – especially when you throw Bier Cheese on top! The pretzel was soft too. 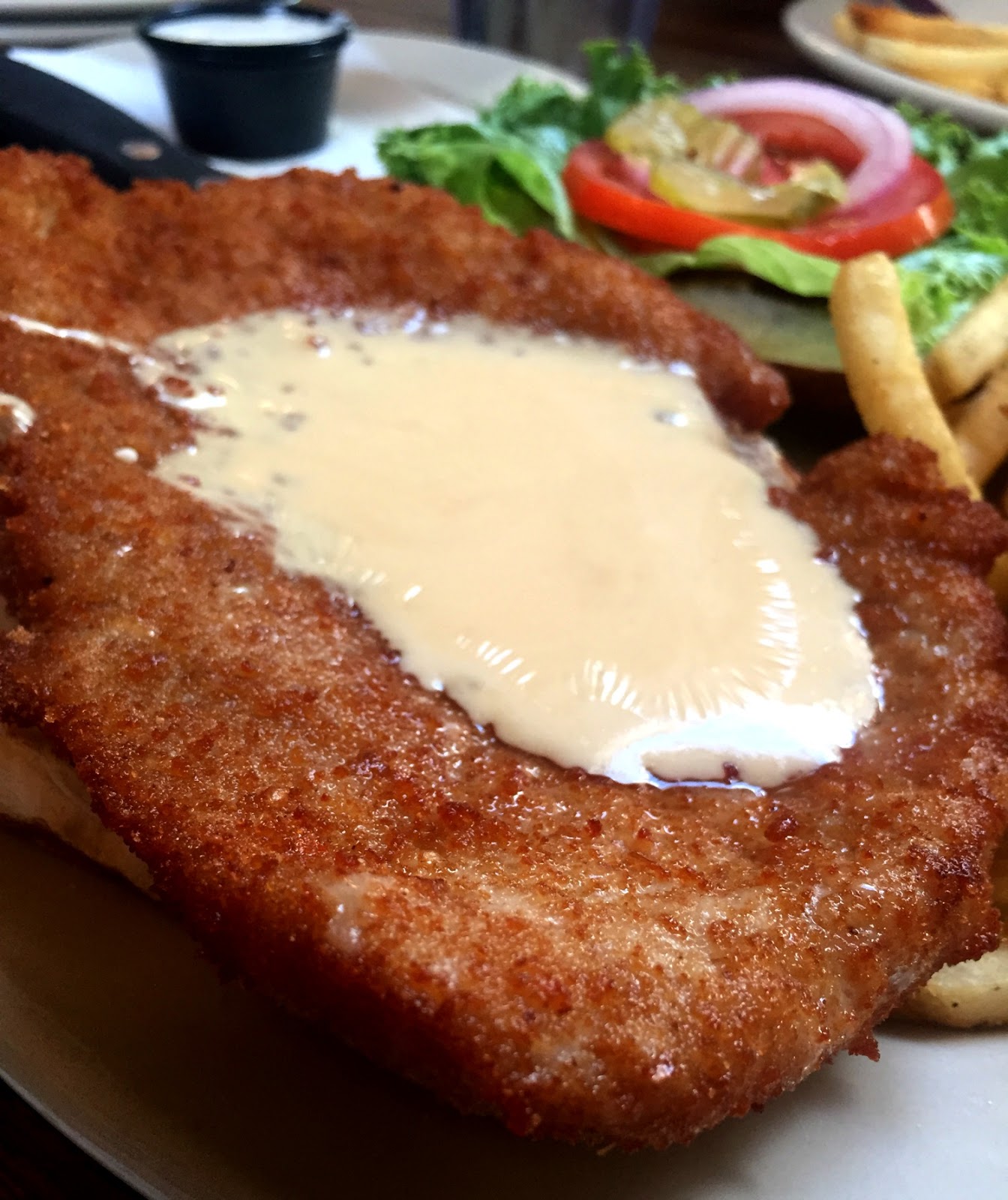 Schnitzel Sandwich ($10.99) – Fried breaded Pork Cutlet served with Leaf Lettuce, Tomato, Red Onion, and Pickles on a Sesame Seed Pretzel Bun, topped with our Signature Homemade Bier Cheese.
In the end – I went with the Schnitzel. My love for Pork Tenderloin sandwiches won out – this is basically the same thing but the breading is different. The bier cheese was a nice addition and I might have dipped my fries in it a little! The sandwich is really large and it was definitely filling! The pork was juicy and tender – but the cheese sauce definitely added a new layer of flavor. Fries were nice and crispy as well. 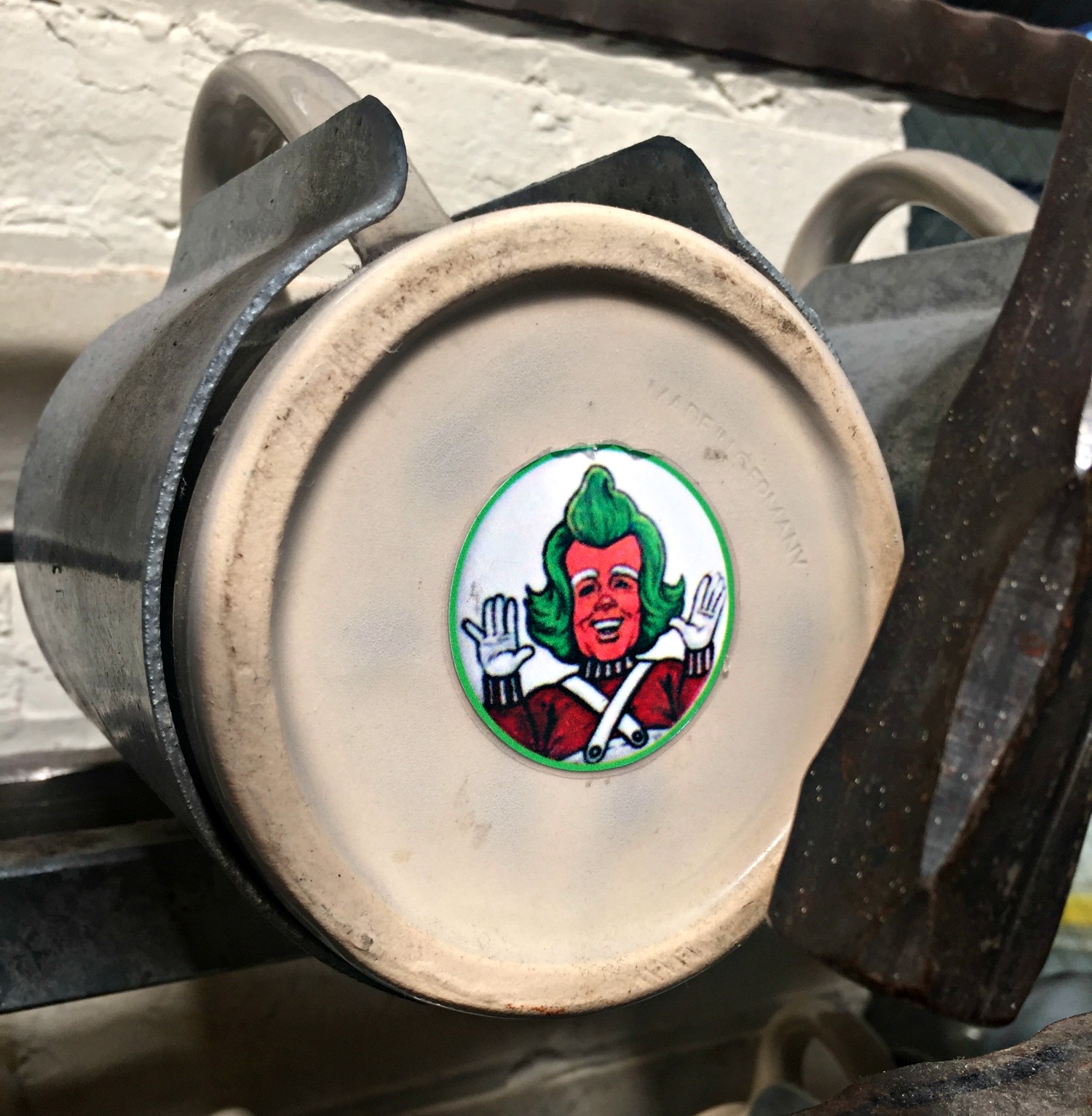 And how can you not love a place with an oompa loompa on the wall. There is live music nearly every night and they have a wall of steins and you can join in their bier club if you choose.

Why Should You Go? I haven’t really had their beer in long enough to remember it but I was pleasantly surprised by their menu options. It’s a little expensive for a work lunch – but the service was good and the food was tasty as well.