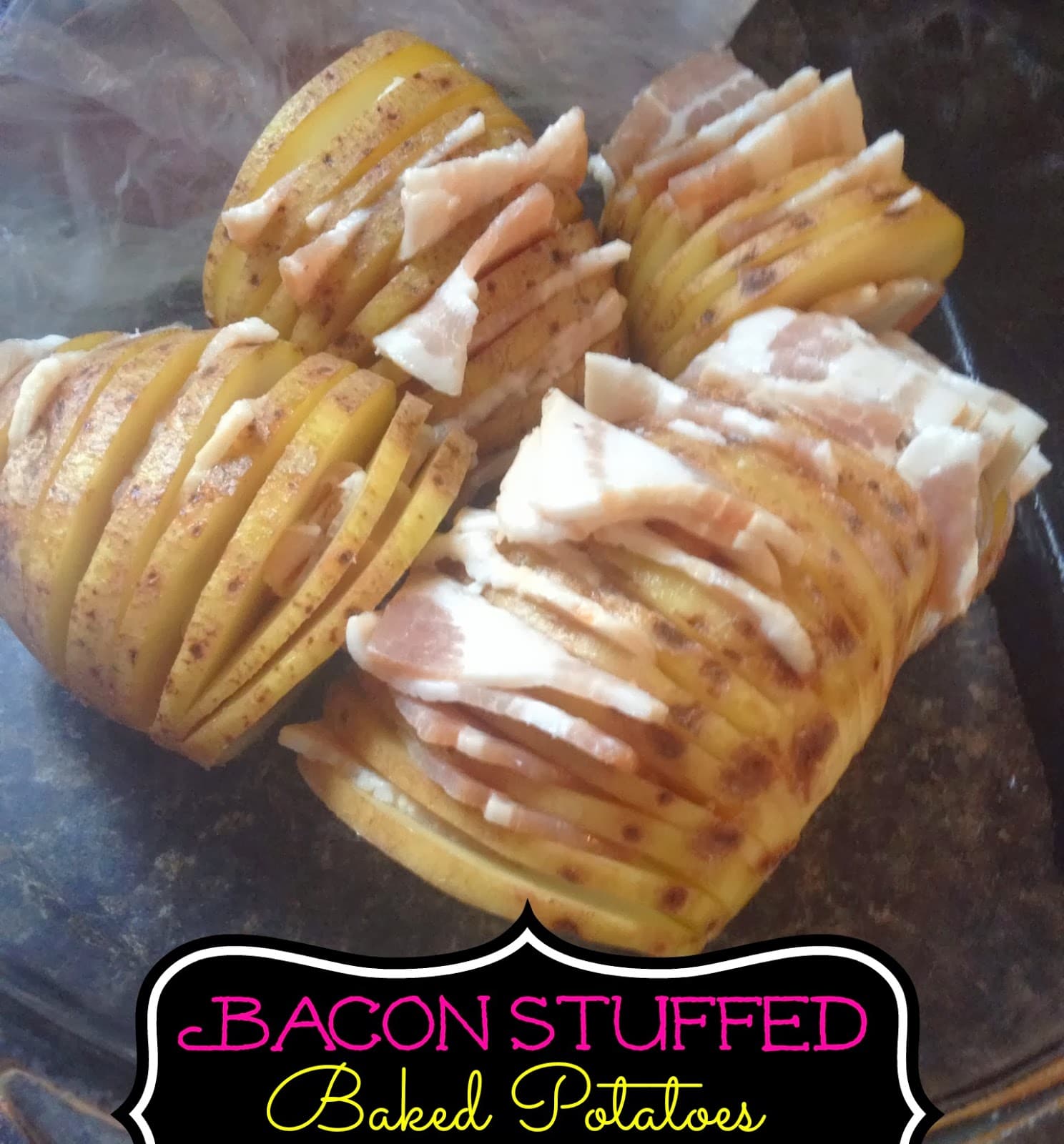 I’ve seen these accordion sliced baked potatoes all over Pinterest lately and finally got around to making them! I decided to put a little extra goodness in there with bacon – how can you go wrong with that? 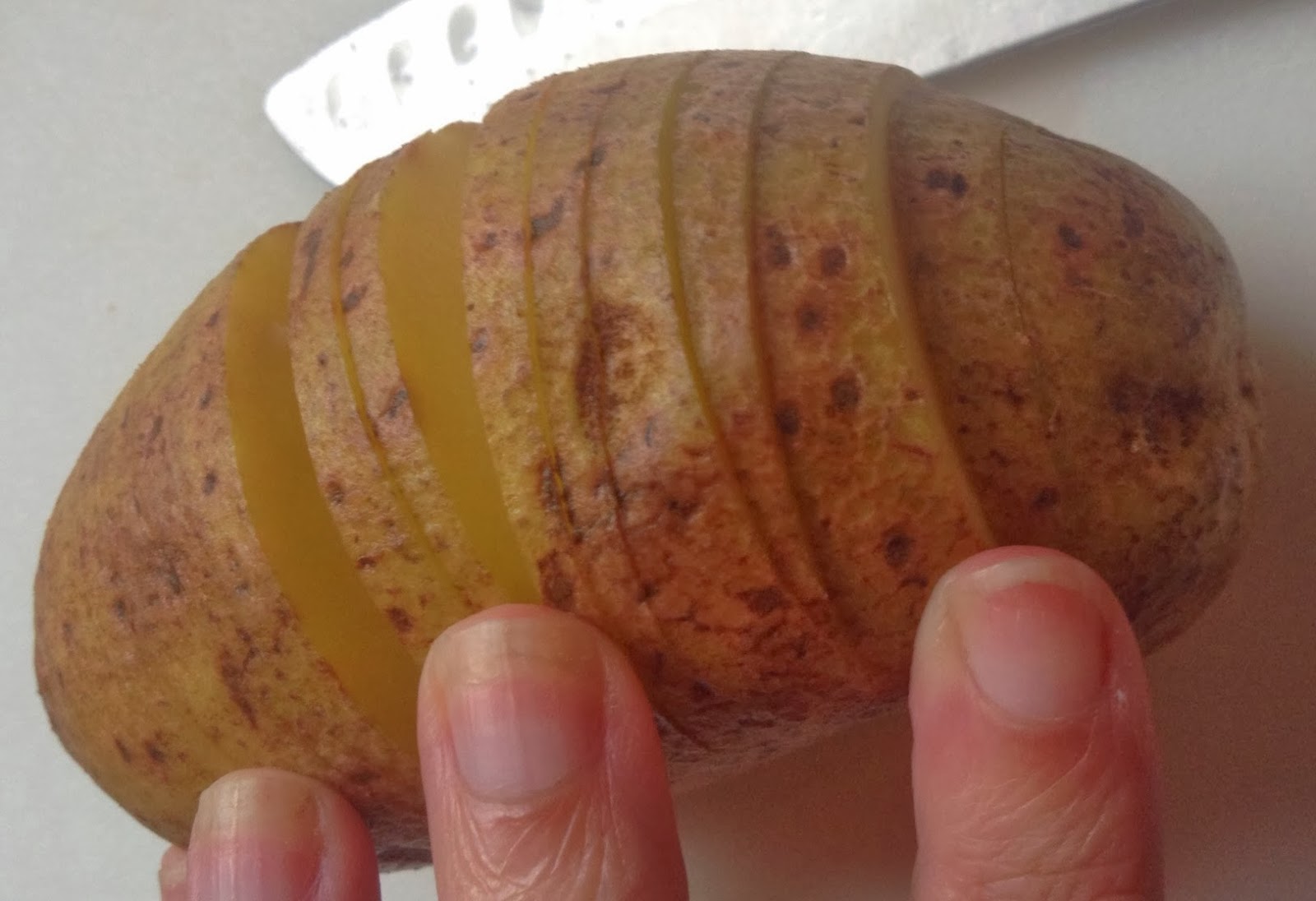 It’s easy enough – so it seems – you slice a baking potato almost the whole way through and you want to have the slices about the same width so it bakes evenly. It’s a little tricky to get it the right depth so they spread apart but you get the hang of it pretty quickly.

Then I cut up 6 pieces of bacon into little rectangles and slipped them in between the potato slices. 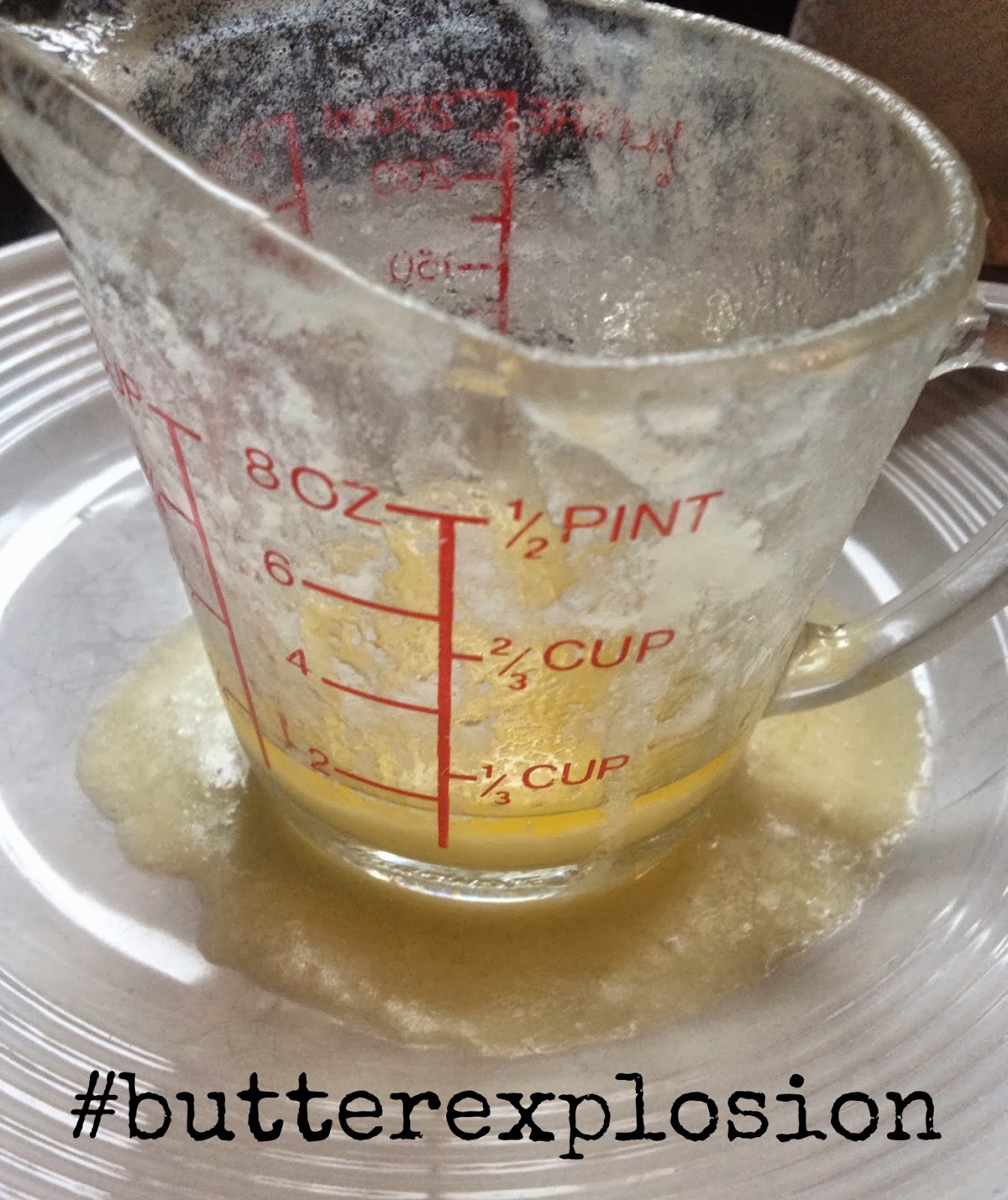 Then I had a butter explosion. The recipe called for drizzling with melted butter – luckily I had the butter on a plate – that would have not been fun to clean up. 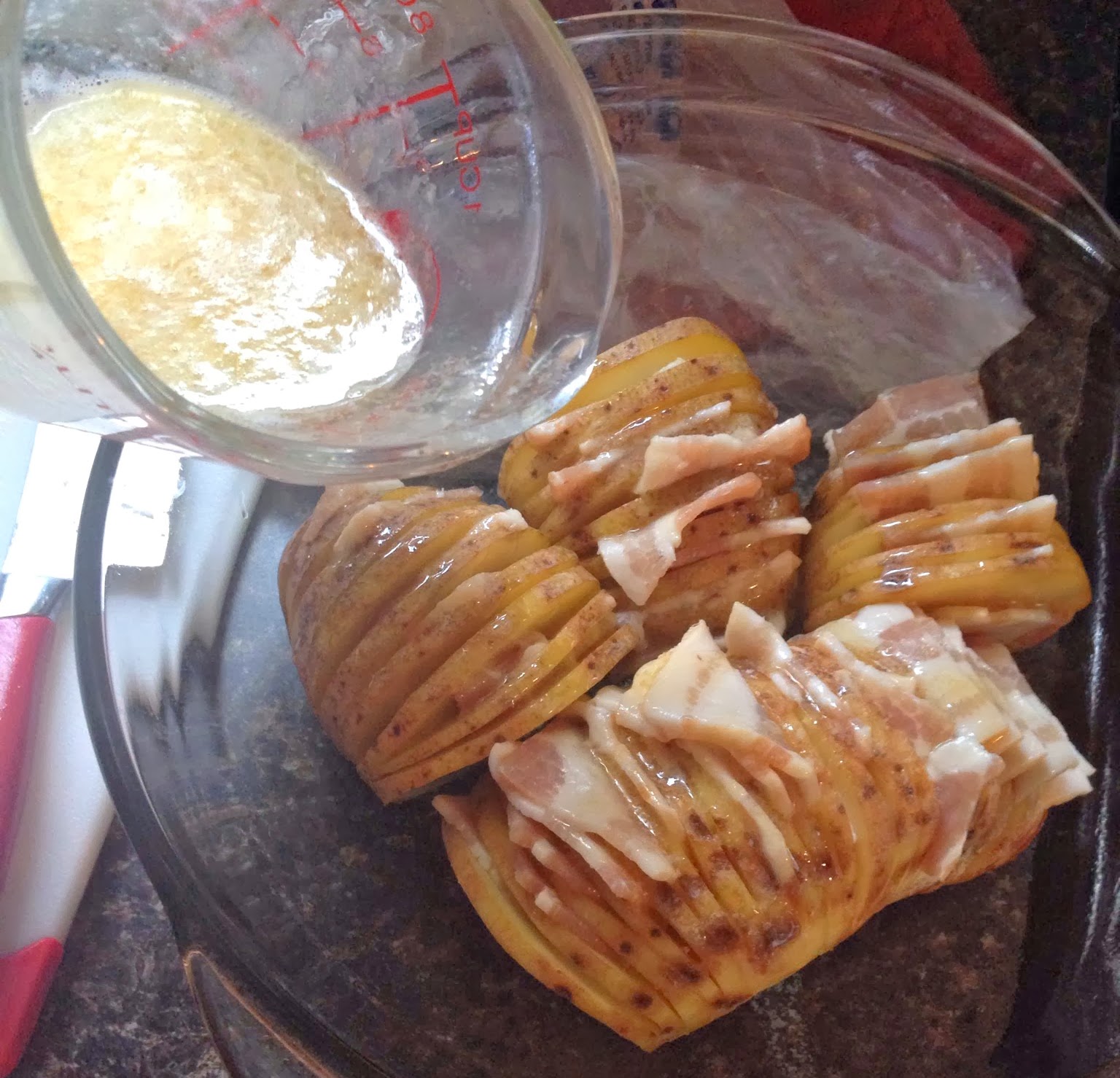 I drizzled the melted butter over the potatoes and popped them in the oven for 50 minutes. 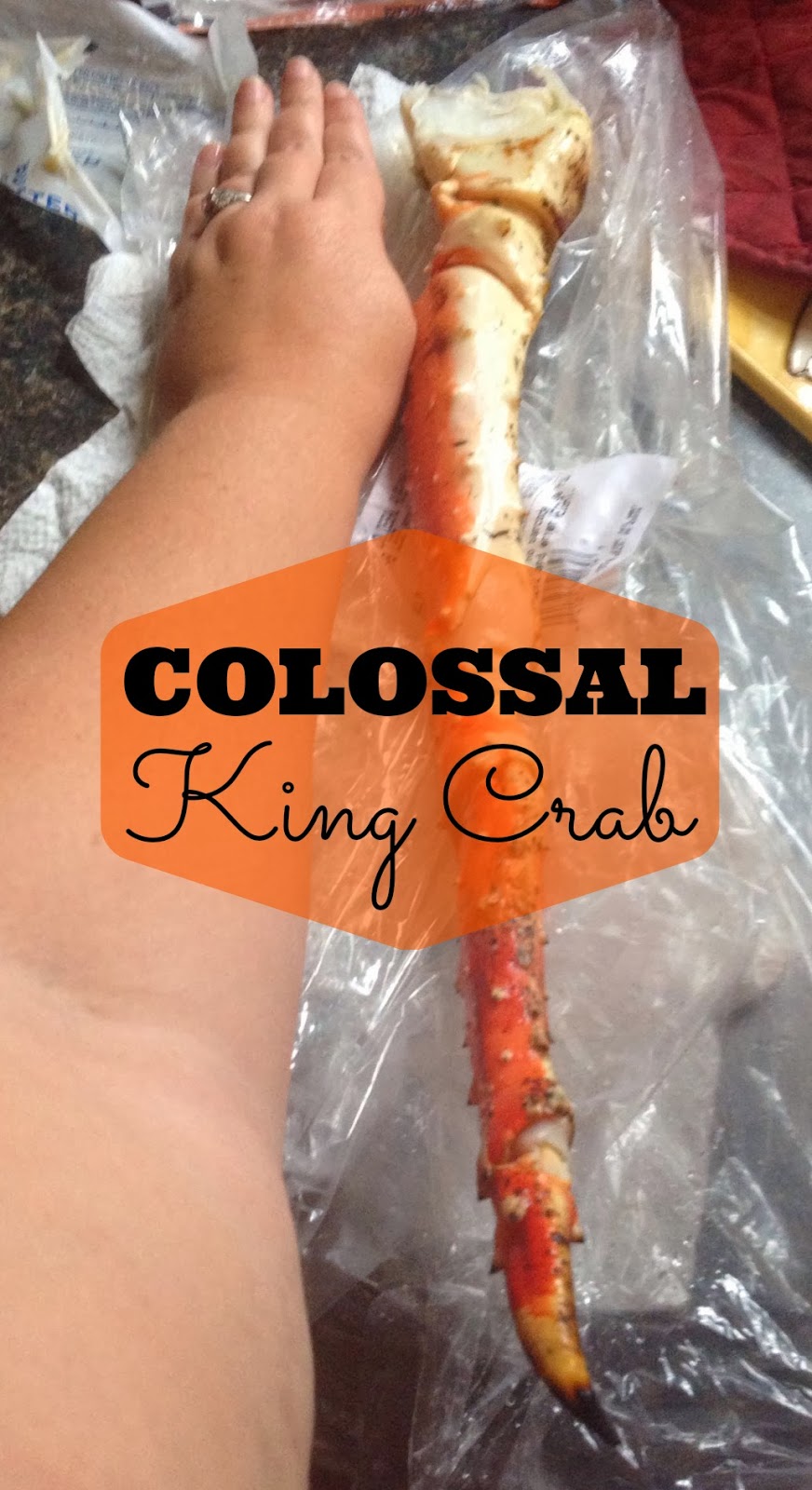 We had recently also gone to Jungle Jim’s and picked up some Colossal King Crab – this was massive!!! Of course – 1 pound was $30 and that 1 leg was almost a whole pound! We typically go to Red Lobster for King Crab but decided we would give it a whirl at home and decided to go big AND go home!

Cooking crab at home was a lot easier than I thought! The guy at JJ said that the crab is already cooked and just needs to be heated up. You can steam, boil or bake it. We opted to steam it – we have a 5 qt stock pot and put a steamer insert in to get the crab leg above the water a bit. I did have to break off the knuckle of the leg and then bent the rest of the leg to fit in the pot. 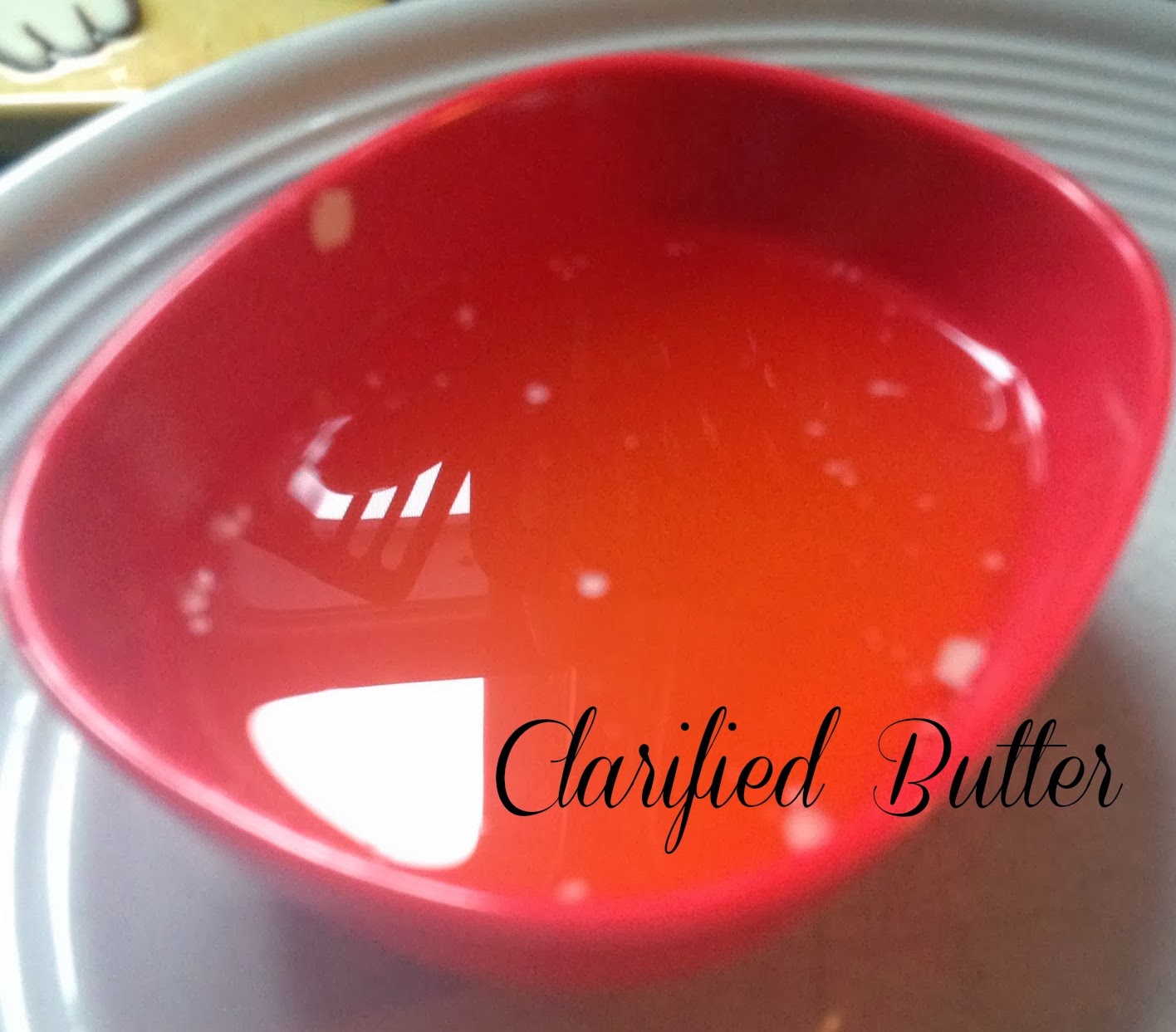 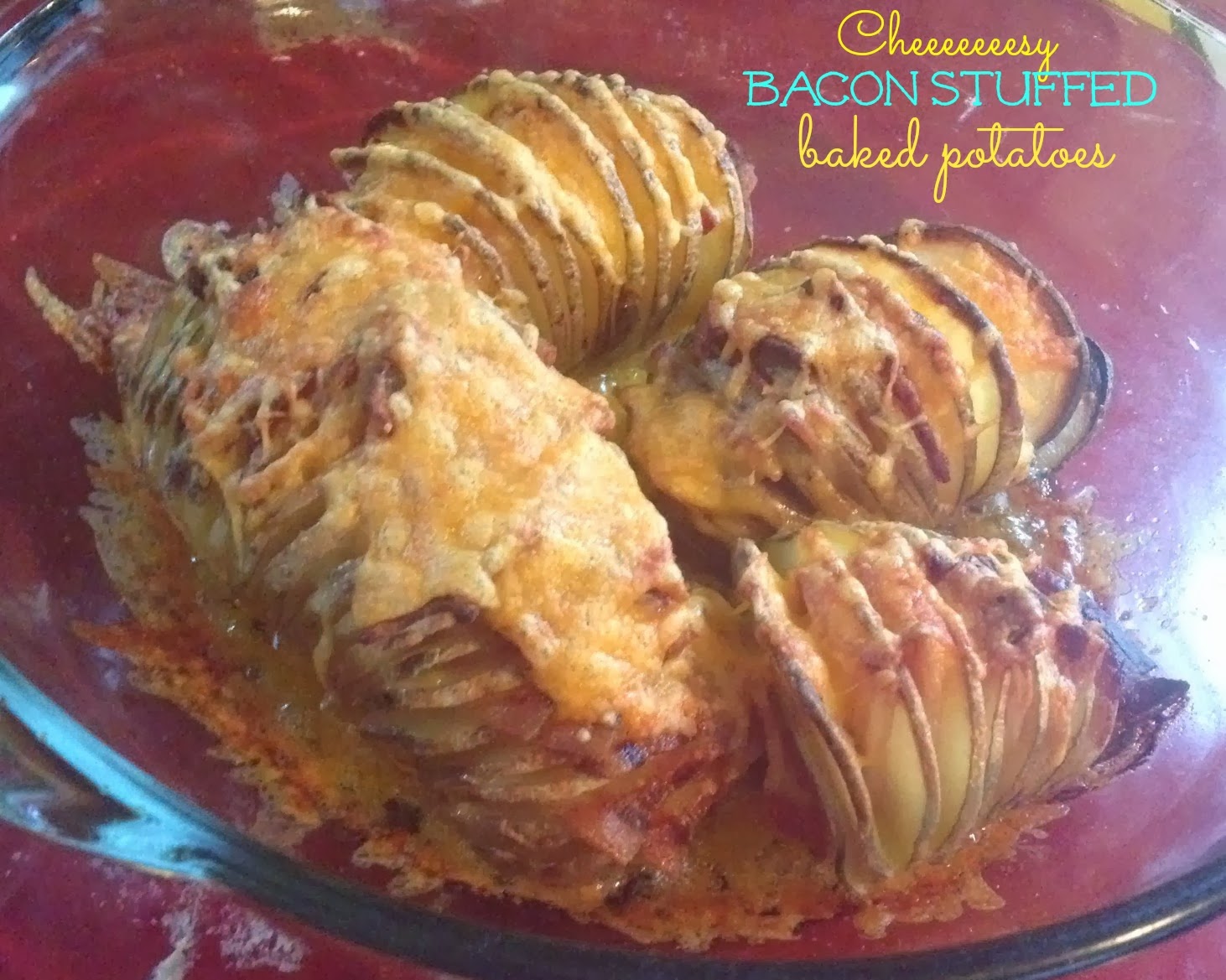 After baking for 50 minutes, I added shredded cheese and then popped it back in for 15 minutes.

All in all – it was a good dinner! The crab was delicious – and knowing I have seen King Crab on sale at Kroger for $9.99/pound – we’ll be having it a lot more in the future. The potatoes were pretty good – although I think next time I would forego the bacon and bake the cheese a little less. I might even slice little pieces of cheese and slip between – but only put them in for the last five minutes. I thought slicing the potatoes might speed up the cooking time – but it didn’t – still took an hour. Next time I think I’ll pre-bake the potatoes in the microwave to speed up the whole process.

Instructions:
1. Preheat oven to 425°F
2. Scrub and rinse potatoes. Slice them evenly but NOT all the way through.
3. Spray baking dish and fan out the potatoes into the dish. Sprinkle with salt and drizzle melted butter over the top.
4. Bake potatoes for 55 minutes. Then remove from oven and either top with shredded cheese or slip cheese between the slices. Bake for 5-10 more minutes.

Instructions:
1. Boil water in a large pot with steamer insert in place.
2. Add crab legs and steam for 4 minutes.
3. While crab is steaming, melt 1/2 stick of butter in the microwave in a measuring cup. When melted – there will be a white “foam” on the top. Use a spoon and skim that foam off the top and discard. The majority of the butter remaining will be clear. Pour into a small bowl and serve with steamed crab.