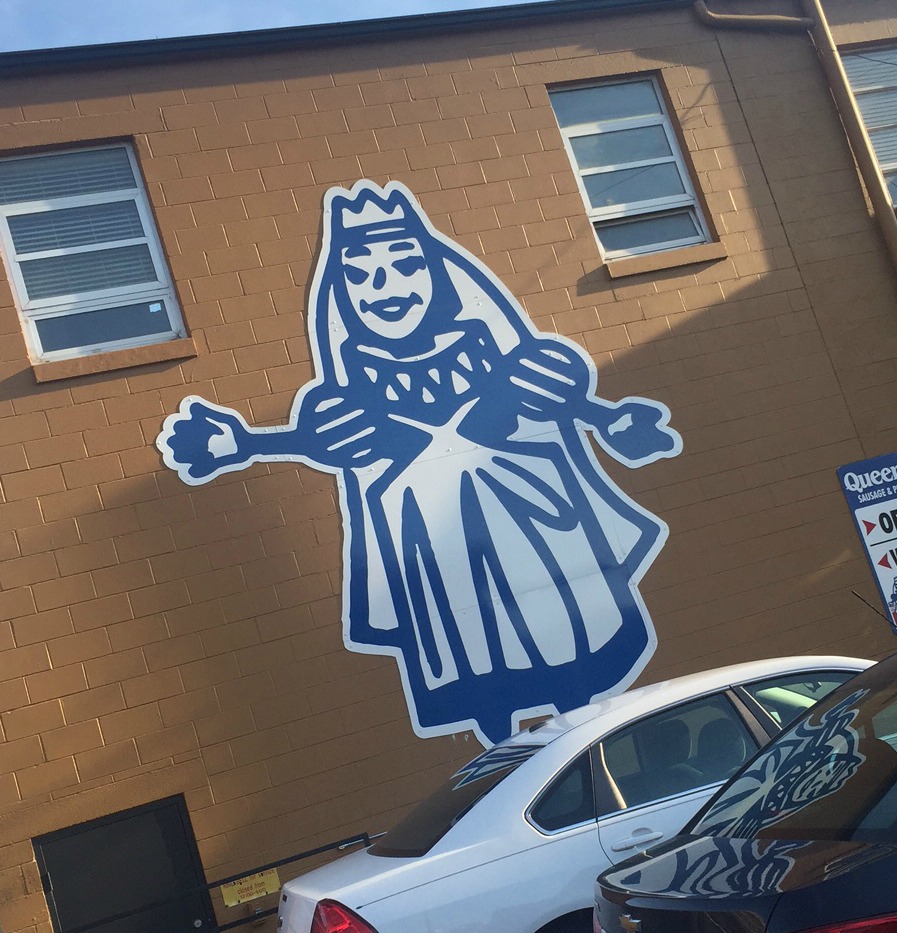 So you may not have even know that Queen City Sausage was in your back yard. If you’ve ever driven around Spring Grove and seen this Queen – then you’re right there! They sell their products all over the Tri-State and I’ve seen them in Kroger and Meijer stores. 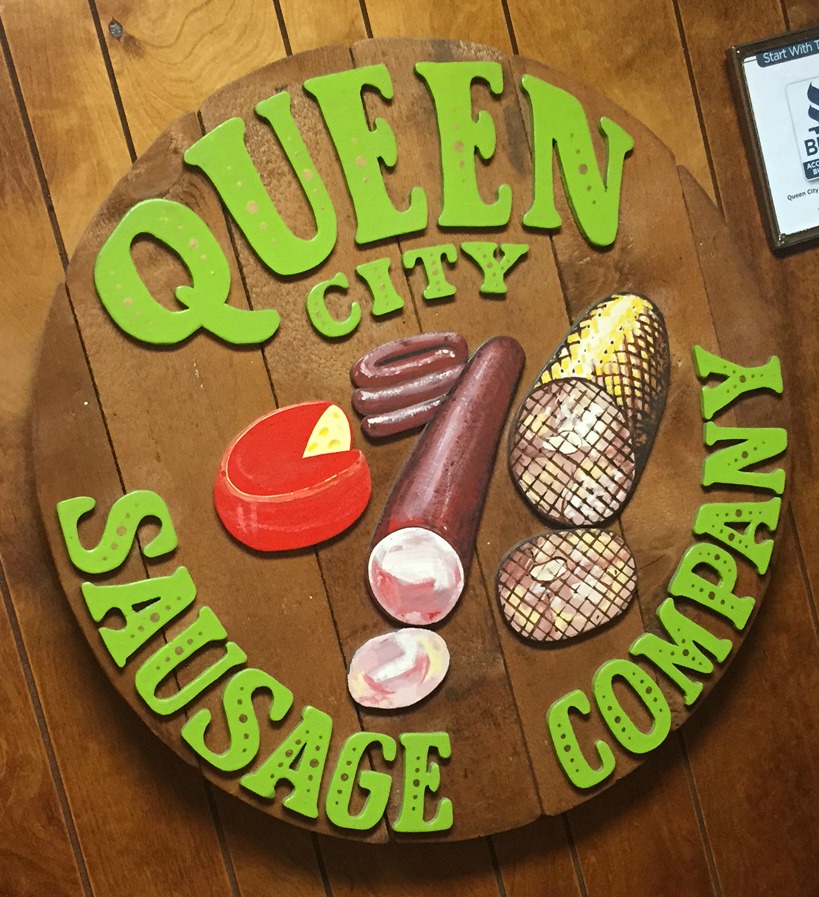 Queen City Sausage has been around since 1965. They’ve been in this location the whole time and have purchased surrounding buildings and property to continue their growth. Elmer Hensler started this company with $13,000 and now it’s a multi-million dollar company. Elmer is the American dream.

The recipes are authentic German recipes and Elmer has completely stuck to them. They don’t take shortcuts and they don’t use fillers. Trust me when I say – a few hours with these people won me over! 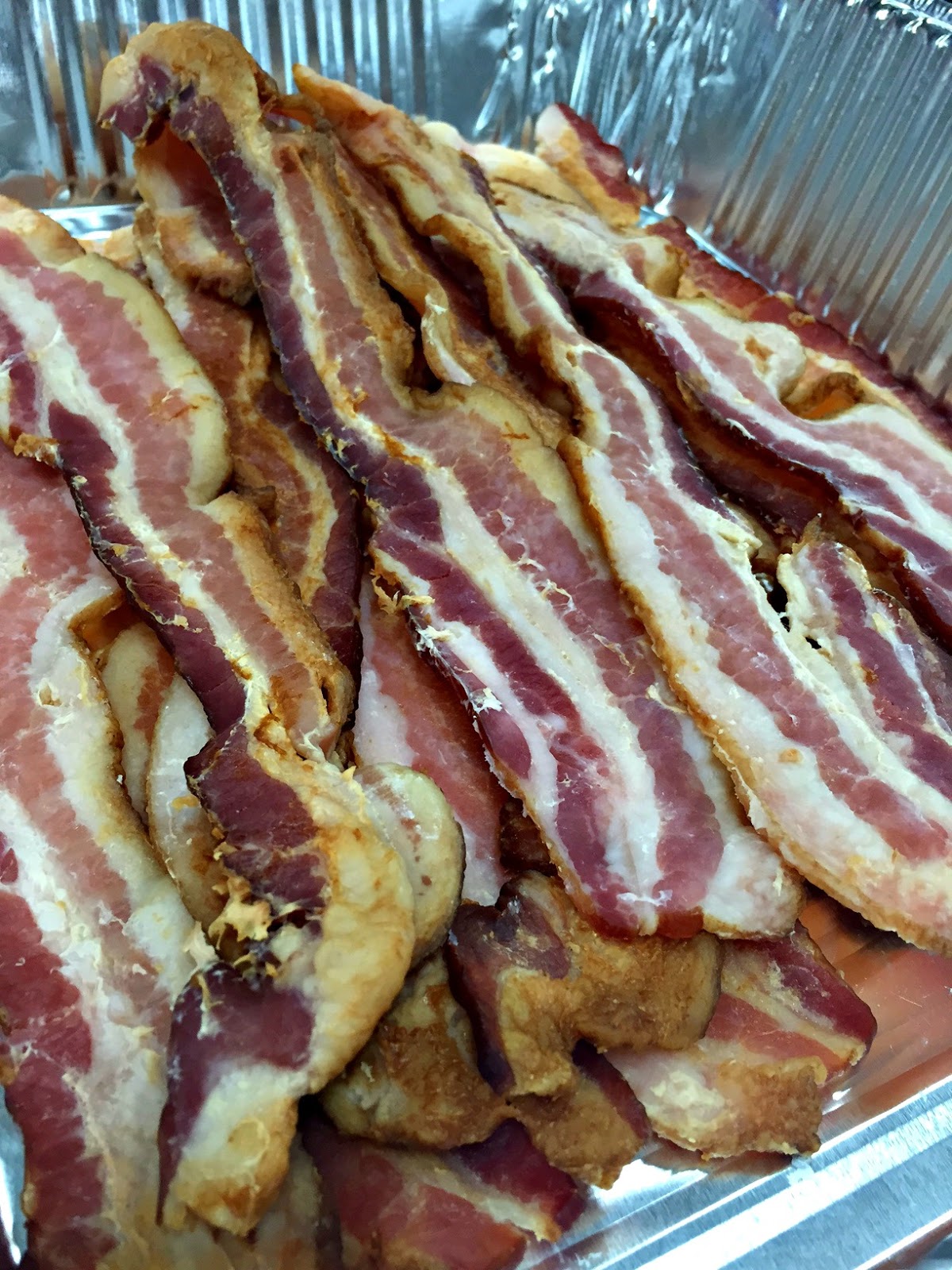 We started out the day with a pan full of bacon – so you can’t go wrong there! There were pastries too but when I’m on Weight Watchers – I’m going to only eat REALLY GOOD STUFF – and if I had to choose – I’ll take bacon all day long! 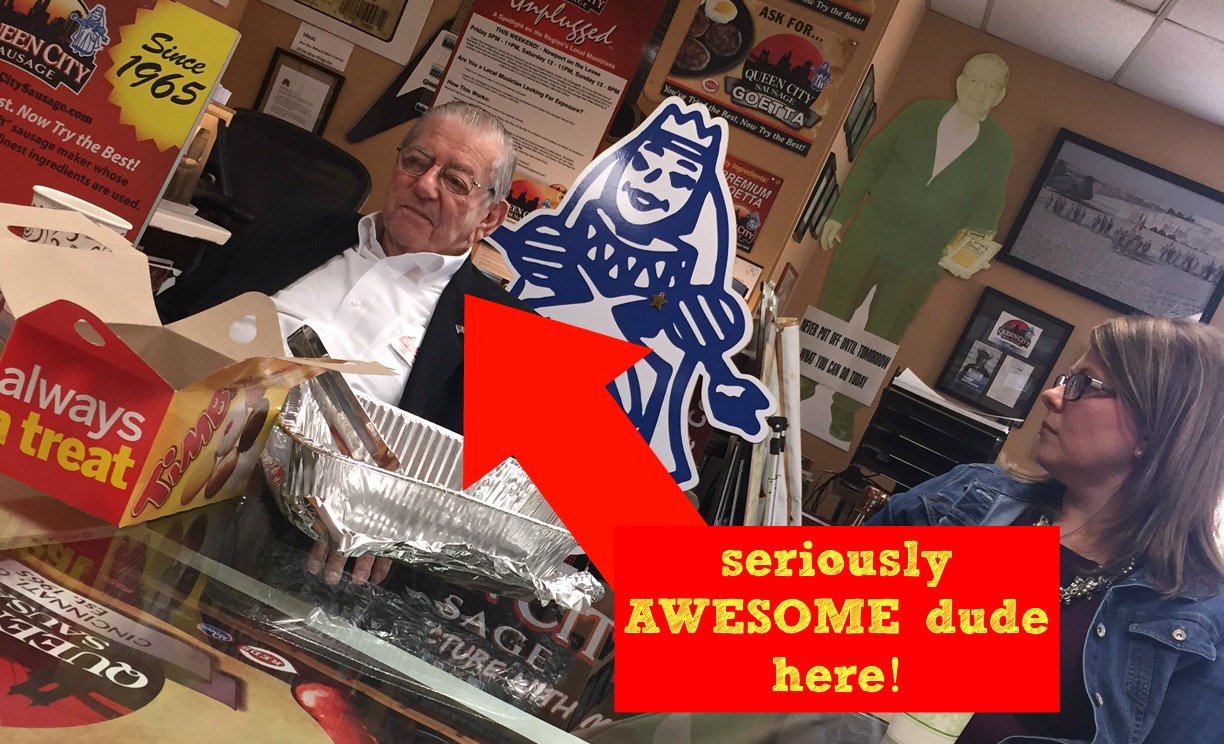 Then there’s Elmer. Elmer is in his 80s. Let me say that again – IN HIS EIGHTIES. And when they said we were going to chat with him – I thought – oh sure – this will be five minutes and out. Oh no. Elmer runs this show and he is AMAZING!!! I was not only beyond impressed – I was a bit smitten. he is just fantastic. He has stories upon stories upon stories!!!!

To give you an idea of the landscape – there used to be 40 meat shops in the area – there is now one. He has weathered the storms and stuck with small-batch, authentic recipes and it has paid off. 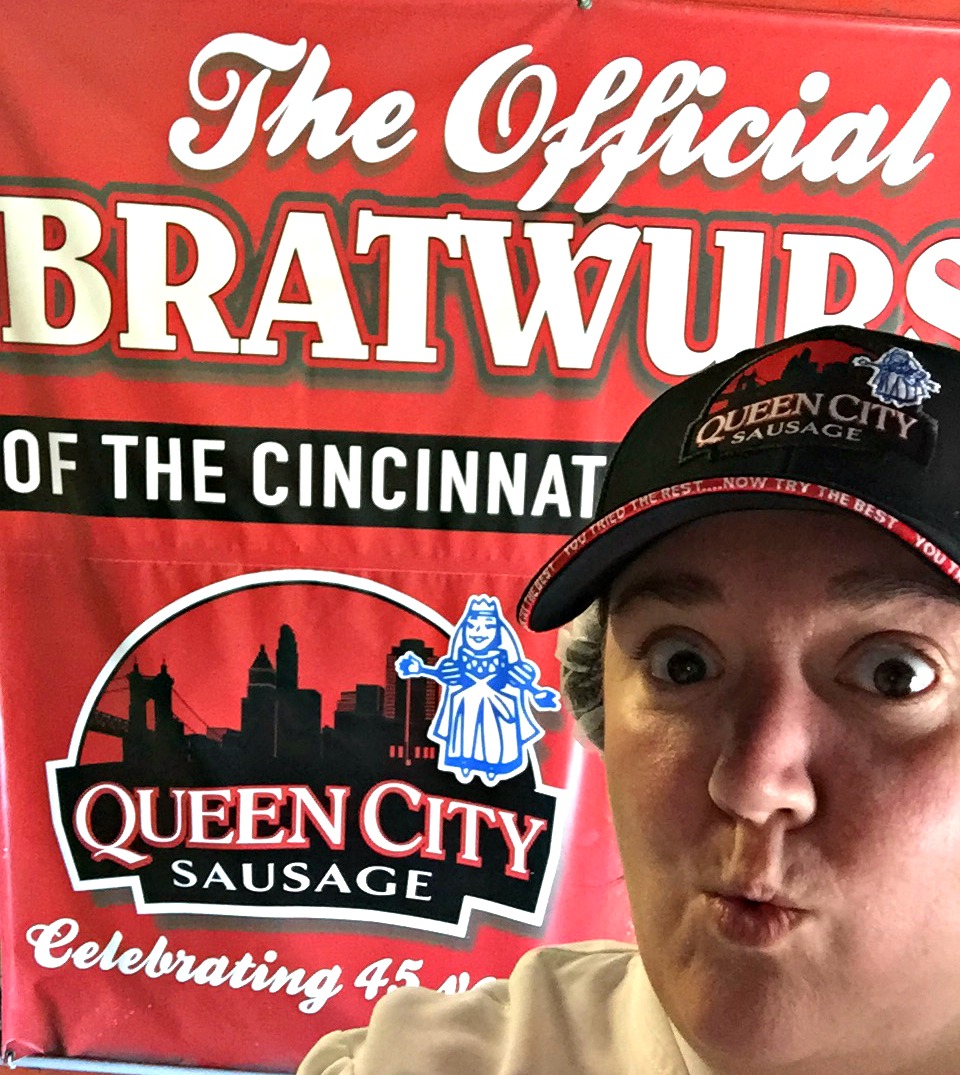 We then geared up for our tour…that meant a hair net of course – and a super cool ball cap that I totally kept! 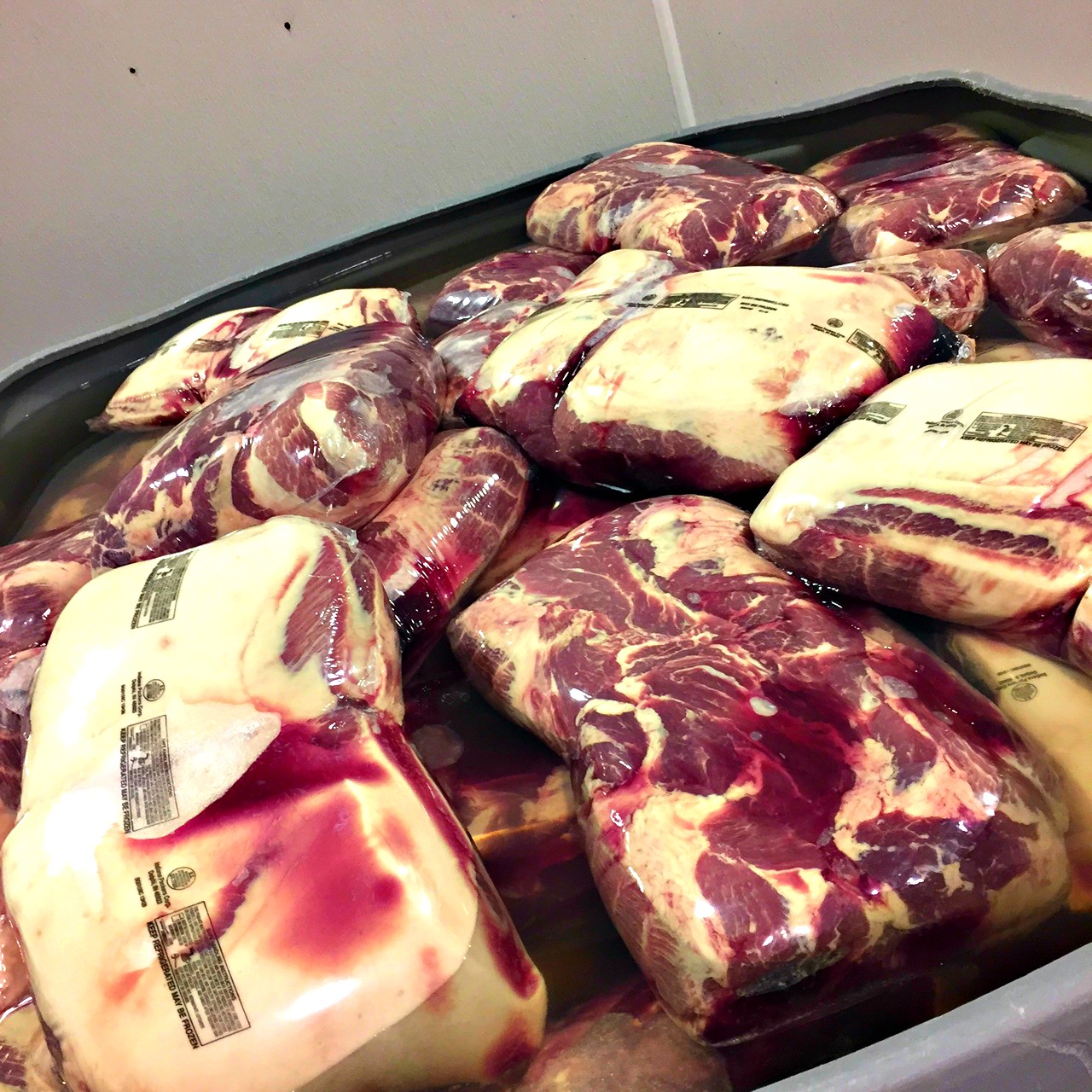 We saw the whole process – from slab… 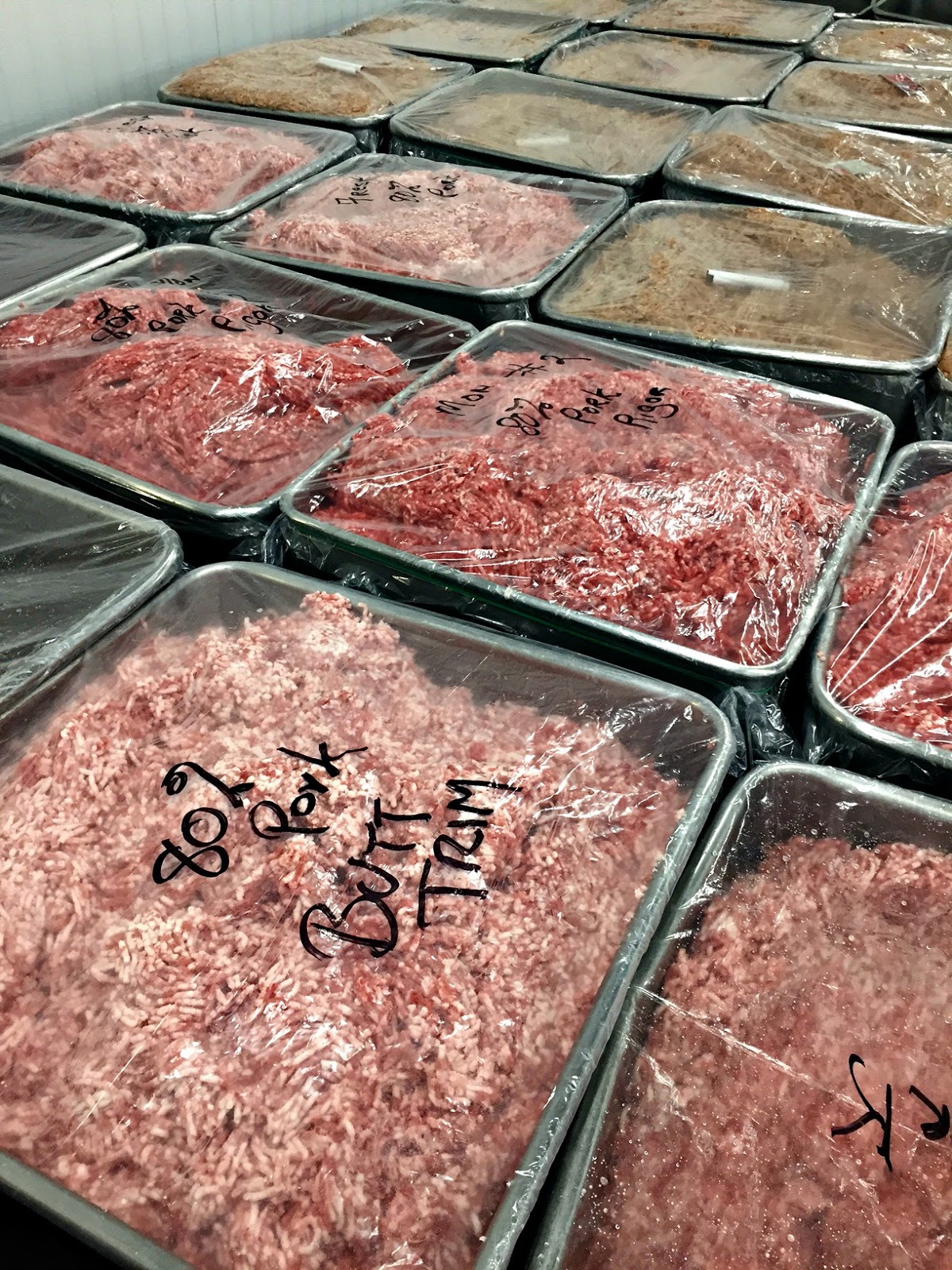 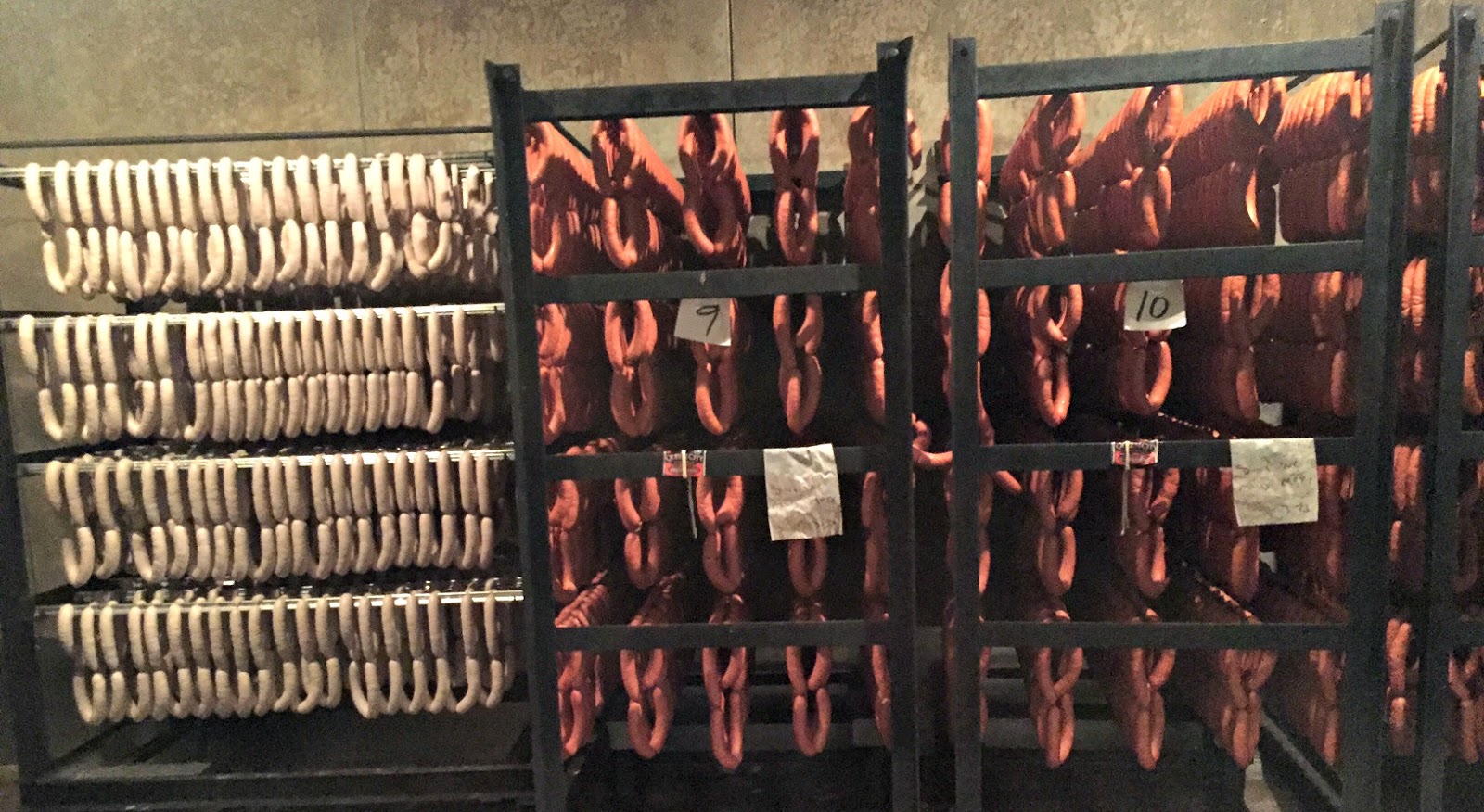 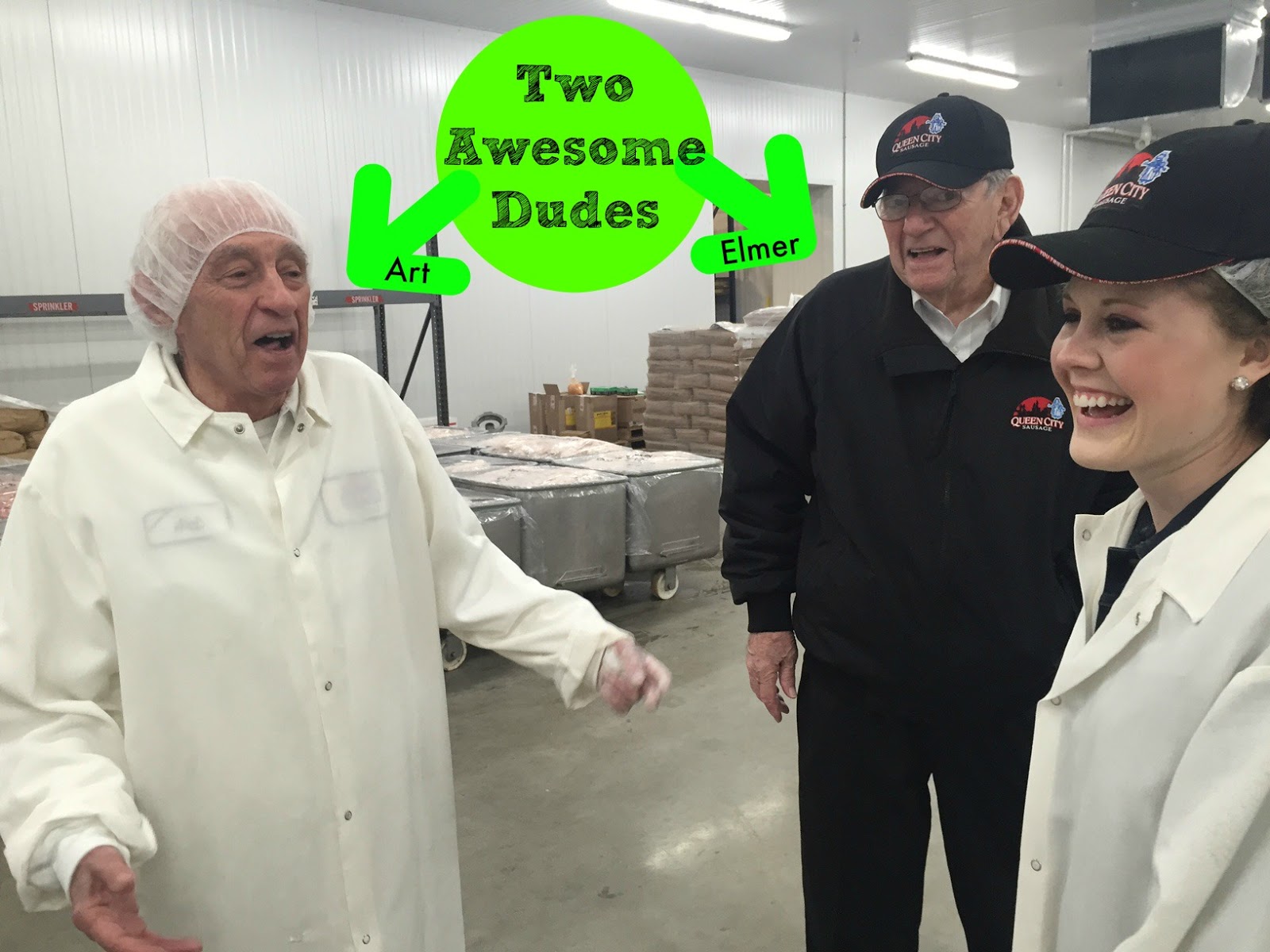 Then we got the PLEASURE of meeting Elmer’s brother, Art (also in his 80s). So Art retired and decided he was bored and wanted to keep working. He asked Elmer if there was anything he could do at Queen City. He said, “Sure, the spice guy is leaving – learn what he does until I find someone permanent.”

That was 20 years ago. Adorable.

(Also in the photo is my new friend Lauren – Farm Girl with Curls! She raises baby pigs!!!) 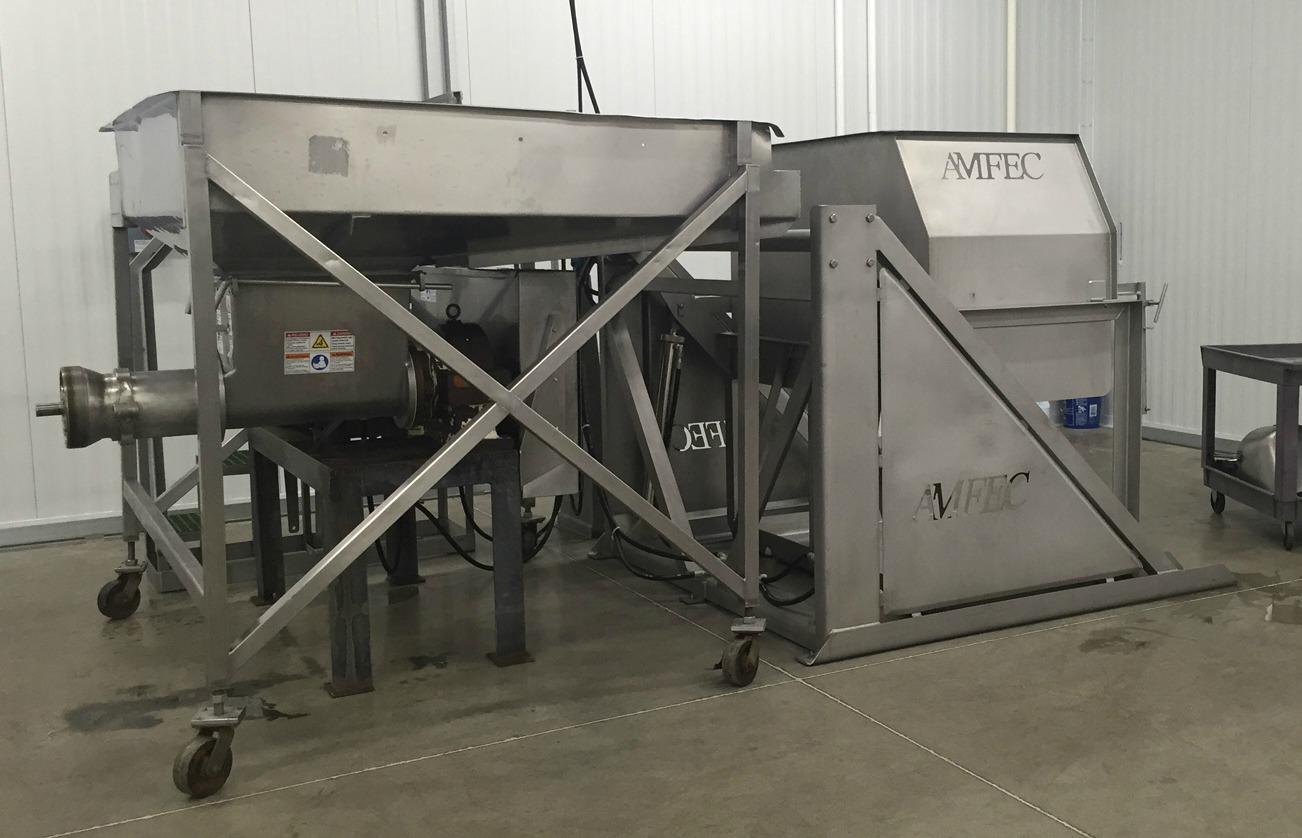 Elmer told us all about their machinery – which I can’t do justice in retelling – but what I can say is that these machines cost hundreds of thousands of dollars. They shared with us that Elmer buys things like this when he needs to – but he’ll tell a supplier he’s going to pay in installments. And basically – that isn’t done in this industry – you don’t get things without 50% down. But because these companies know Elmer, they know Queen City – they do it and they do it happily. THAT says a lot about Elmer and this company he has built. 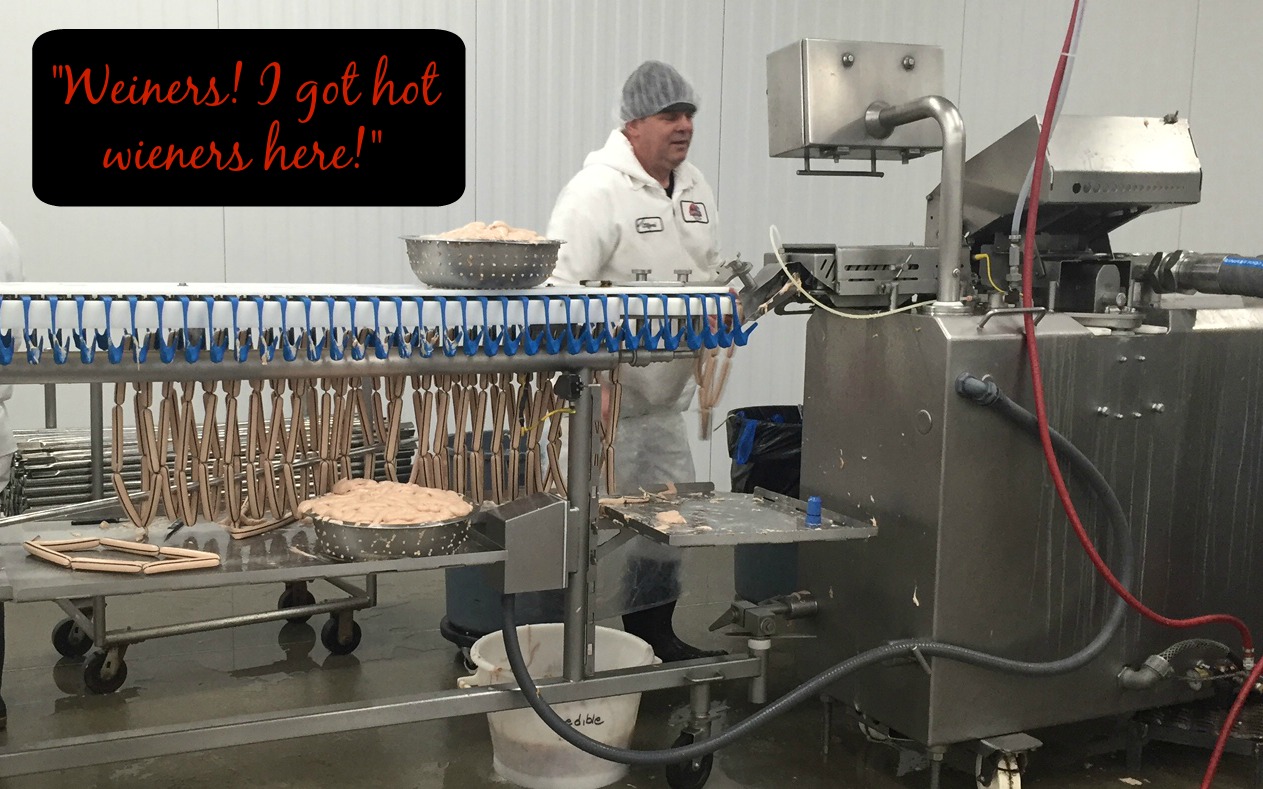 Can you name that movie? (It’s my favorite) They were making the skinless wieners which is why they start with the casing with the lines on it before they’re smoked. Then the casings come off. I tried these and loved them – plus they’re only 4 Smart Points each! (That’s really great for a Weight Watchers hot dog!) 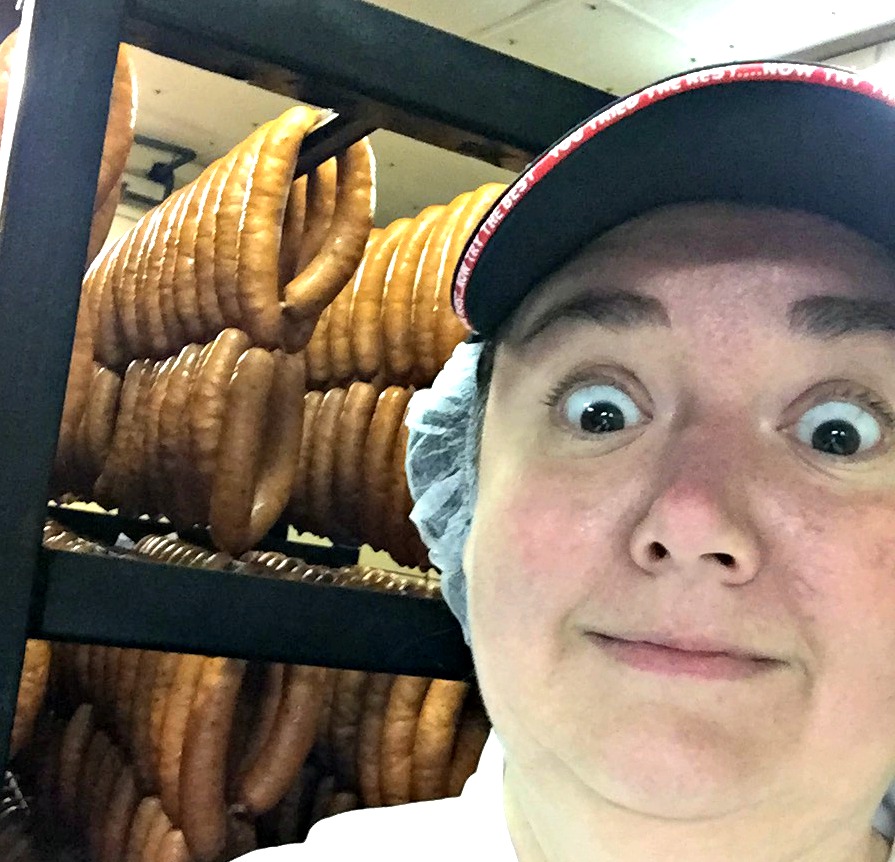 I couldn’t resist a pic in front of the racks and racks of sausages – I mean – if only I’d been allowed to bring in a back pack!

Wieners here – I got hot Wieners!!!! (Ok name that movie!) – it’s actually smoked sausage from my friends at @queencitysausage!
A video posted by Heather Johnson (@foodhussy) on Mar 23, 2016 at 10:21am PDT

I’m mesmerized by Factories and this was no different. I could have hung out with this guy all day long! 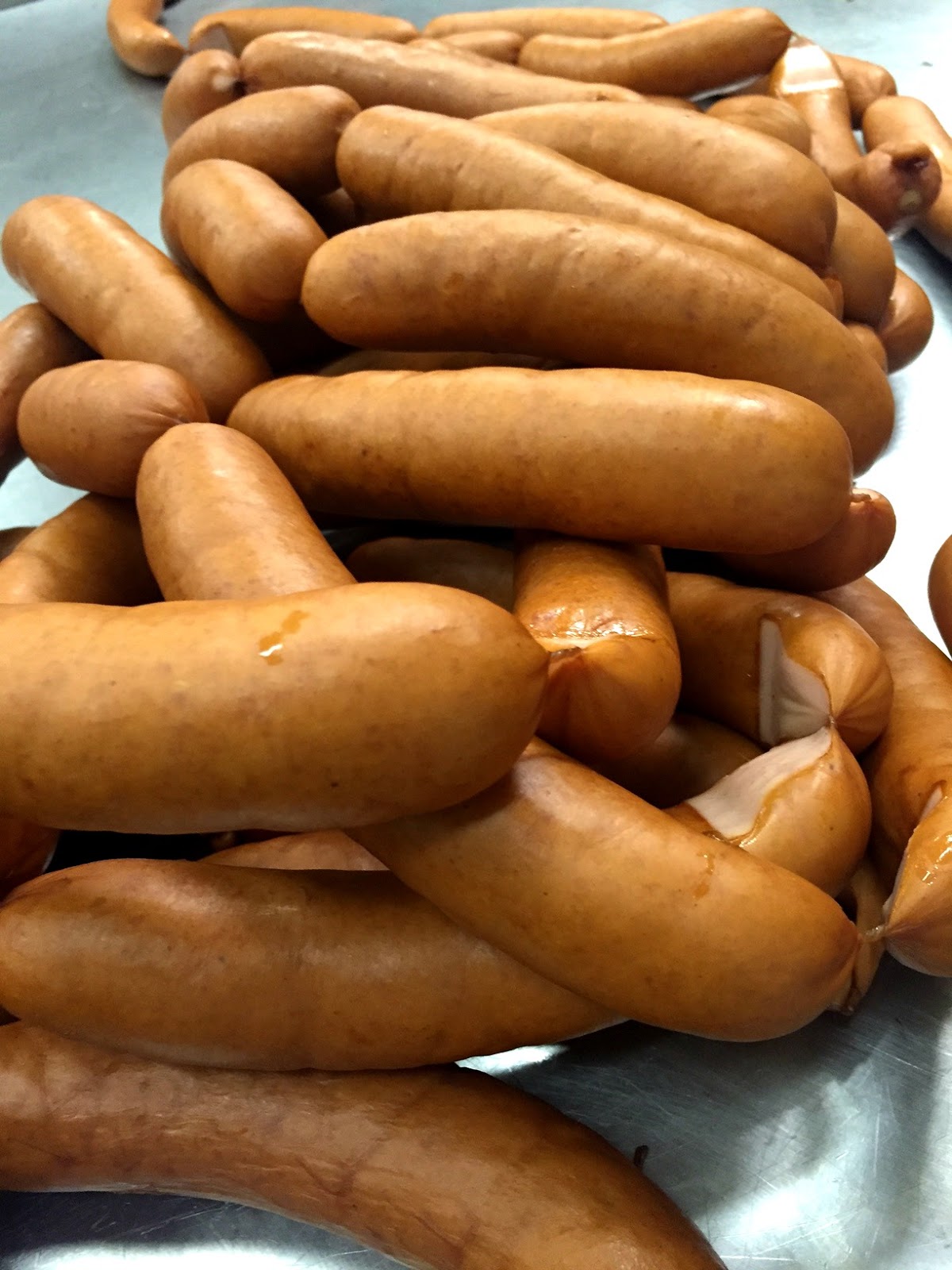 These were some Cheddar Metts just BEGGING to be eaten! 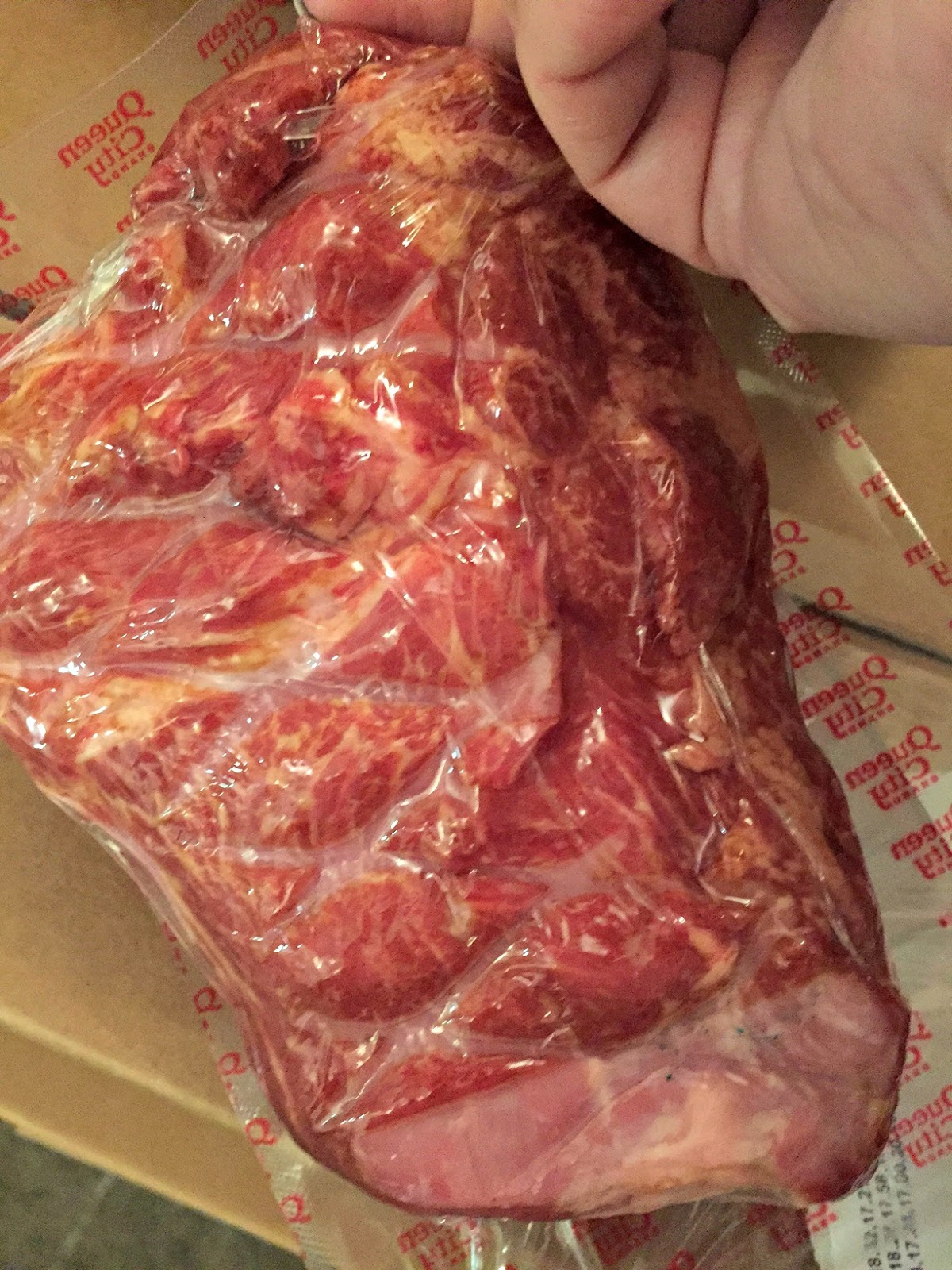 We also learned about the BREADTH of products they offer from Cottage Hams to Leona lunch meat. I didn’t even know what Leona was but after going to the Meijer deli I asked what Queen City they had and they recommended the Leona and oh my – it’s good (sort of a braunschweiger/bologna type of meat) and a million things in between! Metts, brats, Italian sausage, hot dogs, goetta, pickle loaf, cottage ham, bologna, dutch loaf, pickle loaf, ham, Canadian bacon, roast beef, and more! 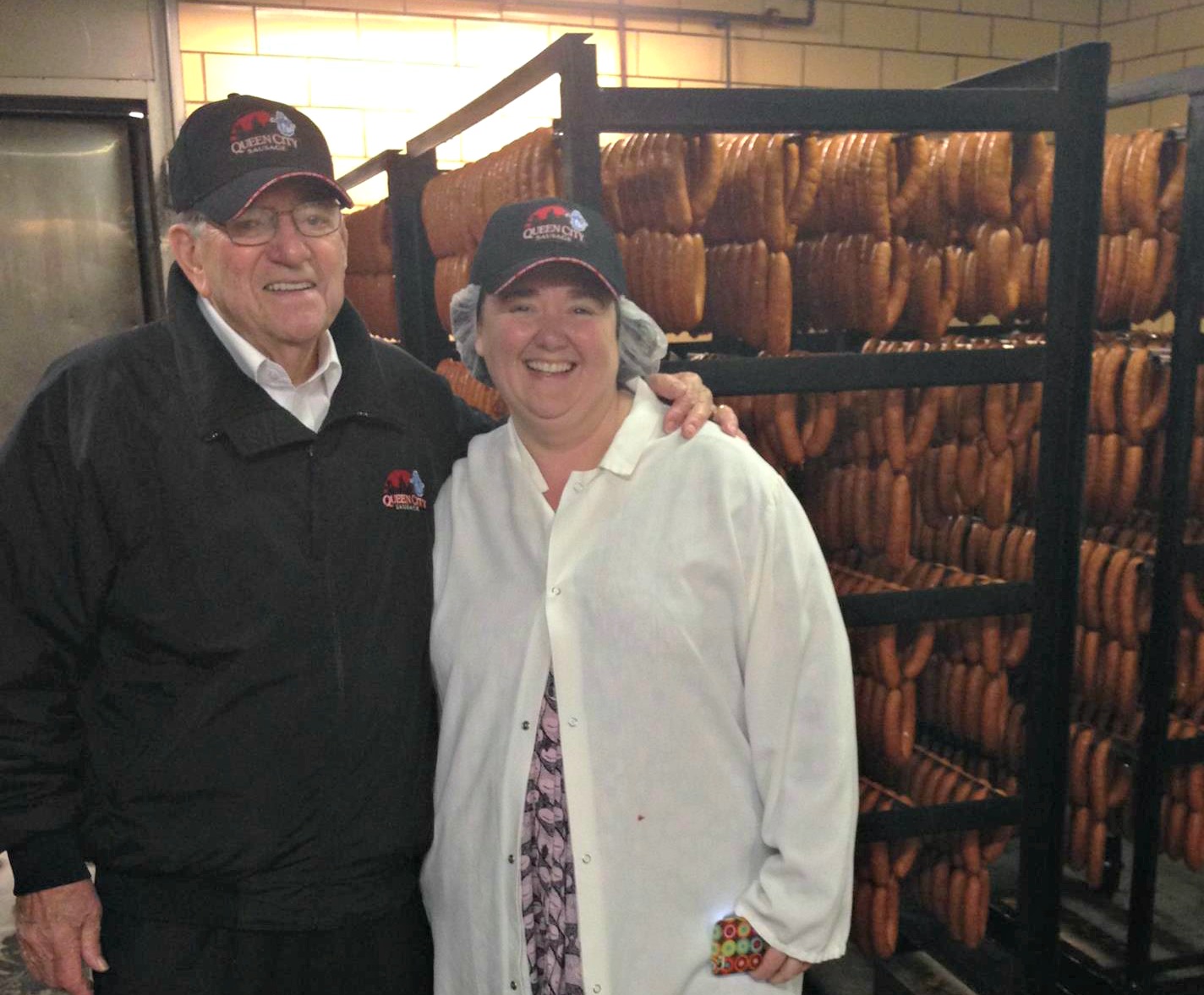 I had to get a pick with my new BFF Elmer – and why not do it in front of a rack of meat! 🙂 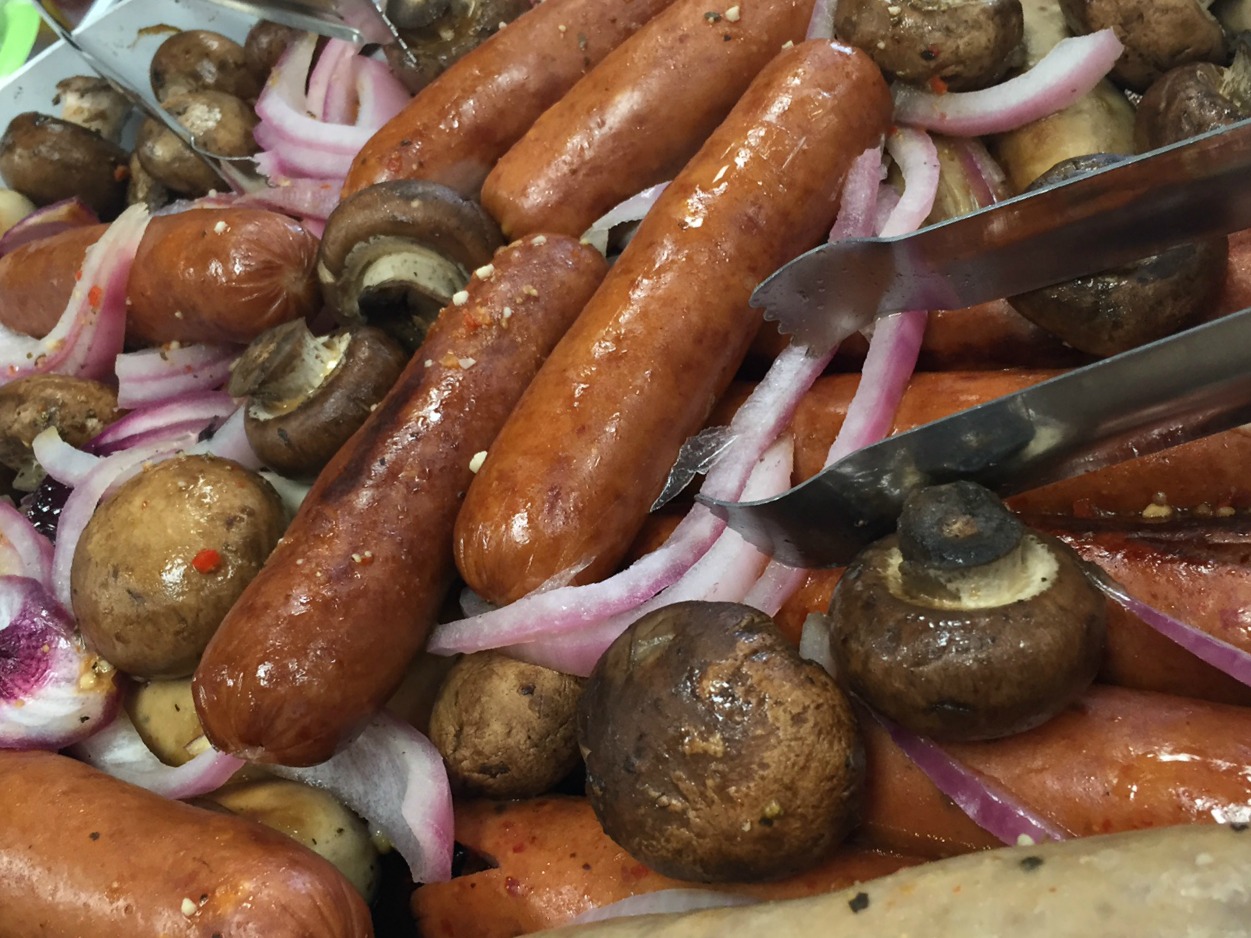 After our tour – the guys made us lunch – which was a delightful treat! The thing is because they have food around all the time – they basically make lunch in-house every day. Mark & Elmer basically gave me an open invite to come by for lunch whenever I wanted – what awesome guys! Especially knowing that they’re cooking Food Hussy-style with a multitude of electric skillets – but if it works – it works!

Here are some tips from their website on cooking with Queen City Sausage:

In a pot placed directly on the grill, add your favorite beer and Queen City sausages.  Before they even touch the grates of the grill, allow the sausages to simmer in the beer for about 5 minutes.

Once the grill has warmed to a medium-low temperature, and the sausages have been heated throughout, remove them from the beer and place them right on the grill.  Cook each link slowly over low heat to preserve its juices and optimize flavor.  High heat leads to burnt casings, overcooked sausages, and flame flare-ups; grill slowly and carefully.

Forks pierce sausage casings and allow juices to escape.  Avoid flare-ups and dry sausages by turning them often with tongs. 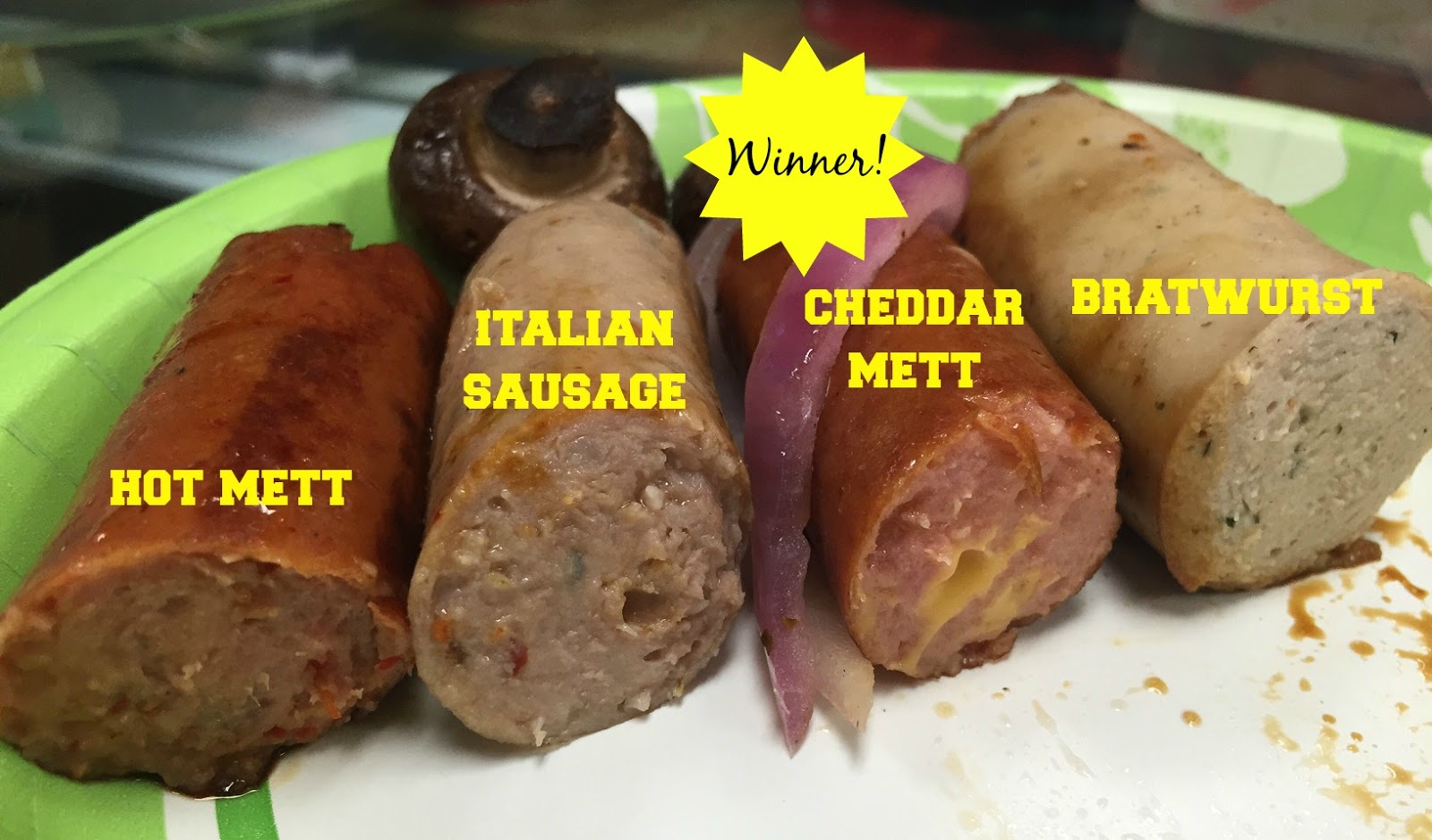 Here’s what I tried and what I thought:

* Hot Mett – if you like spicy – you’ll love this!
* Italian Sausage – more kick than I expected – would be great with a red sauce
* Cheddar Mett – zomg – we had them with and without the casing – but let me say – GET THE CASING!! Their meats are hickory smoked and that casing made it so much better. The casing gave it this *pop* that really just burst open with smoky deliciousness once you cut into it.
* Bratwurst – probably my least favorite – not because of the quality – just personal preference – I’m a mett girl. But if you’re grilling out – it’s a must-have (with sauerkraut of course) 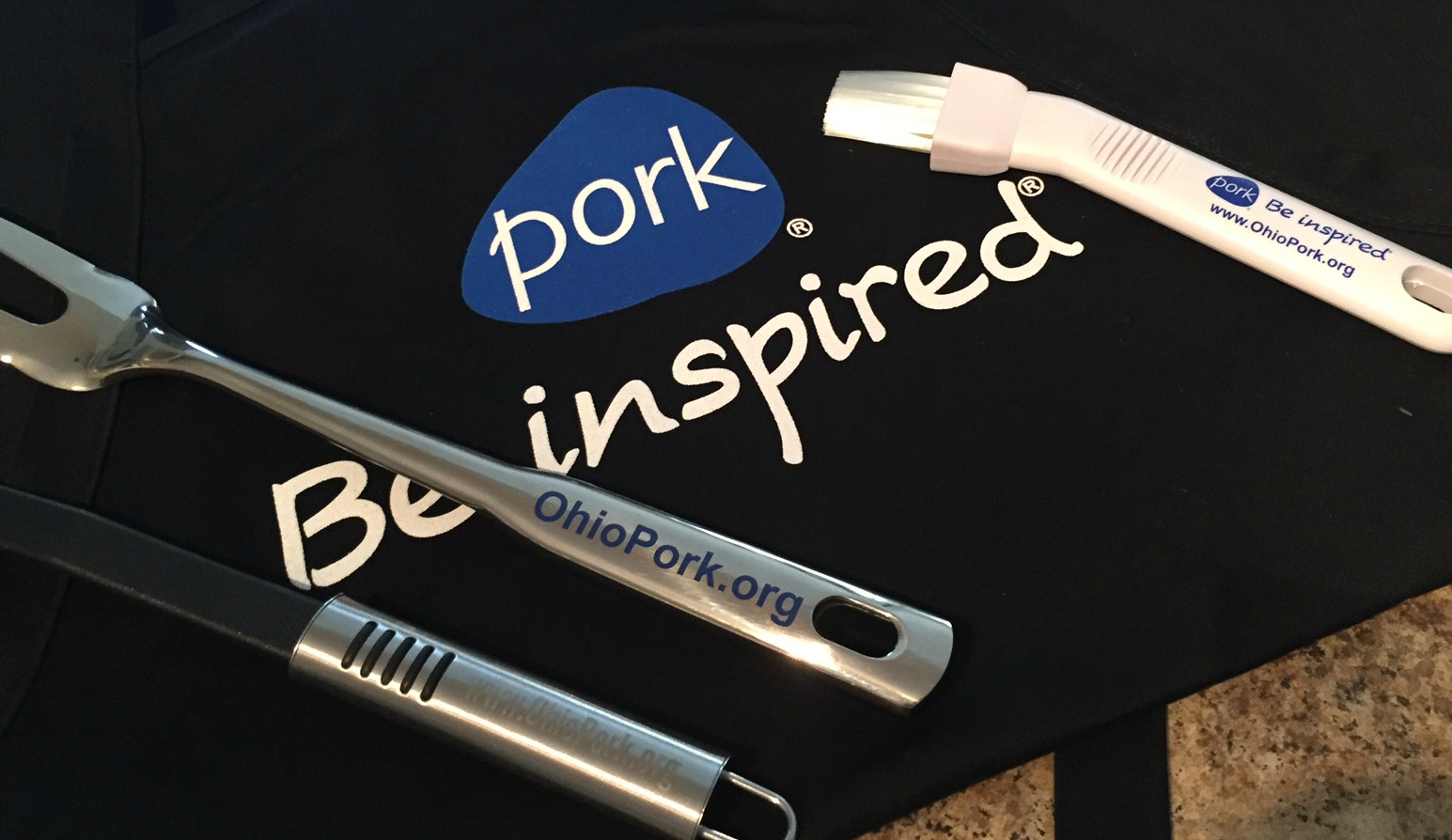 The folks from Ohio Pork also sent me home with some goodies as well – I am ready for grilling season!!! 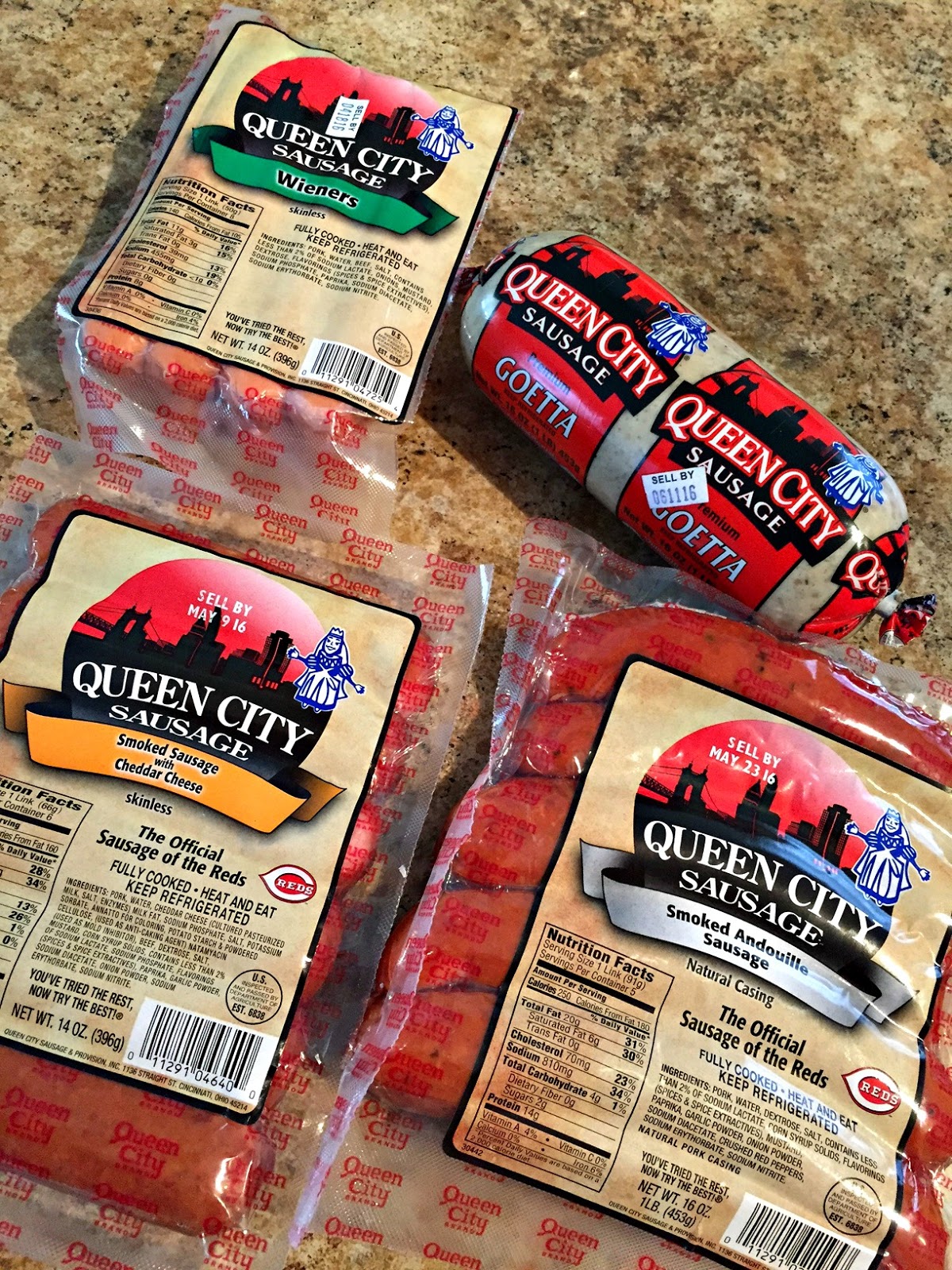 And my new friends at Queen City sent me home with a bag of meaty treats! I’m excited for the goetta – I’ve only had it a couple of times since I’ve lived here – so I think it’ll be different when I make it myself!

So there you have it – my tour and thoughts on Queen City Sausage. I really hope as a food blogger that I can share my thoughts on businesses and let you know when something is a winner – and this is it. I love these guys as much as I loved Certified Angus Beef – which is saying a lot. As you’re grilling out this summer, leave those other guys on the shelf and choose Queen City Sausage.