I was really excited to get this month’s issue of Cooking Light! It’s the Best Recipes of the First 25 Years!
One of the first items I found while flipping through the issue was the Spiced Pork Tenderloin with Sauteed Apples. Larry’s been talking about having sauteed apples – so I thought this would be a good way to try it. 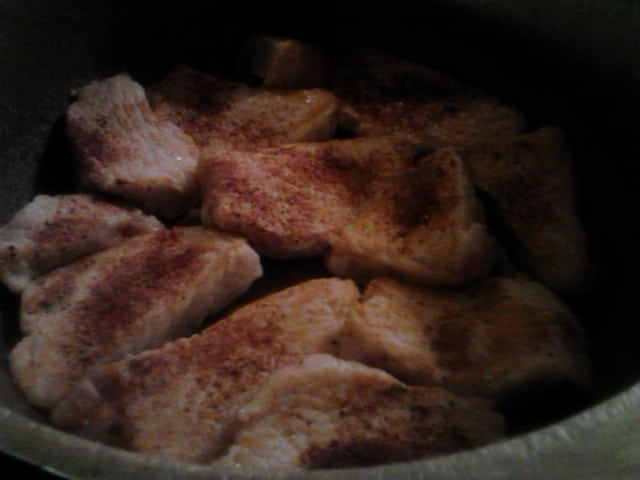 It’s really easy – it’s actually listed as a 20 minute recipe – and it is – with one caveat: don’t include prep. Slicing a tenderloin, apple and shallots takes about another 20 minutes.

So you mix up a few spices, slice up a 1-lb tenderloin and sprinkle the spices over top. Cooking spray the pan and cook the pork 3 min on each side…remove the pork and keep it warm. 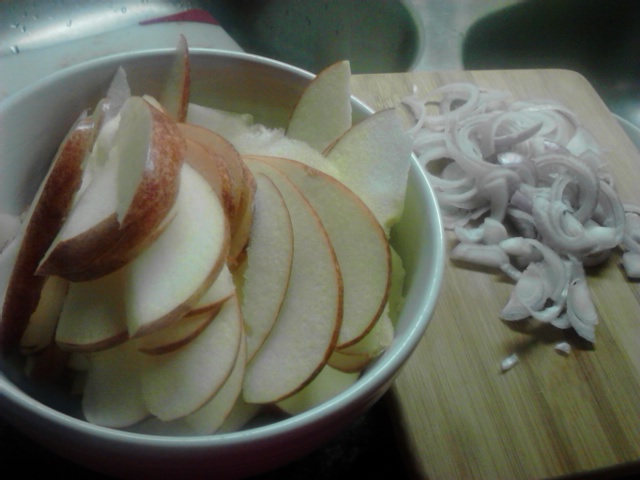 And here are my sliced apples and shallots. I need to buy a mandolin – that slicing apple shiz was for the birds! The annoying thing about the recipe was “2 cups of sliced apples” – well how damn many apples is that? Turns out it was one big Gala.

After you remove the pork, you melt a couple tablespoons of butter and then saute the apples, shallots and a touch of salt. Then after a few minutes, you add some apple cider (we don’t like cider, so just used apple juice) and fresh thyme (Meijer was out so I used fresh savory). Cook down a couple minutes and you’re done! 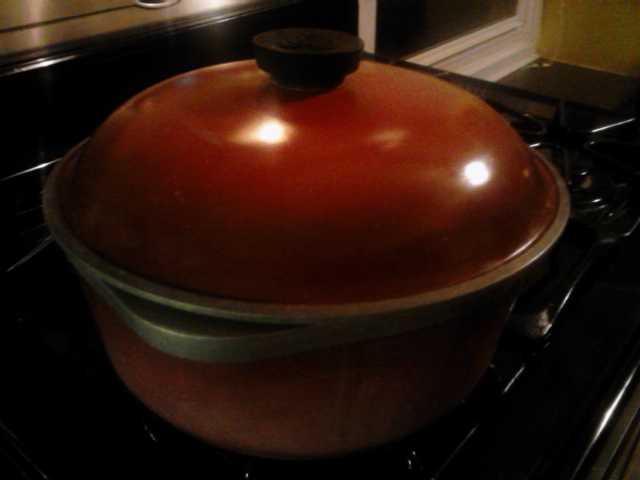 And I finally got to use this! I wanted a dutch oven but the Le Creuset’s are so expensive – earlier this year I got this puppy at an estate sale for THREE DOLLARS! It’s not LC – but hey – it’s fine for me! 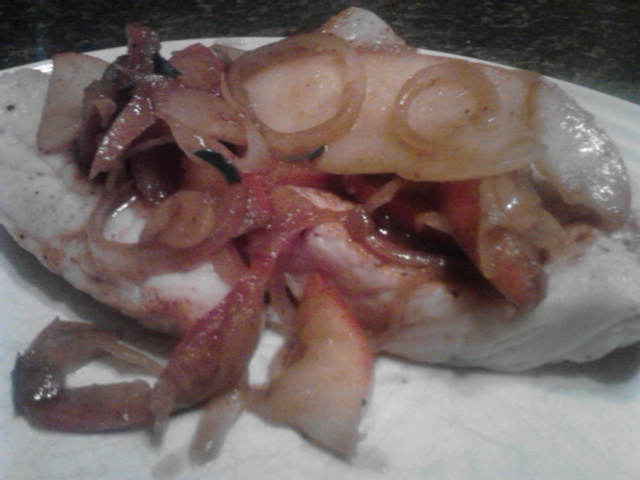 And voila – pork tenderloin slices with sauteed apples and shallots from Cooking Light!

Note:
This recipe originally ran in Cooking Light October, 2010 and was updated for the November, 2012 25th anniversary issue.