Subscribe
This post is sponsored by Ohio Pork but all opinions are my own.
Seriously – how can you look at this: 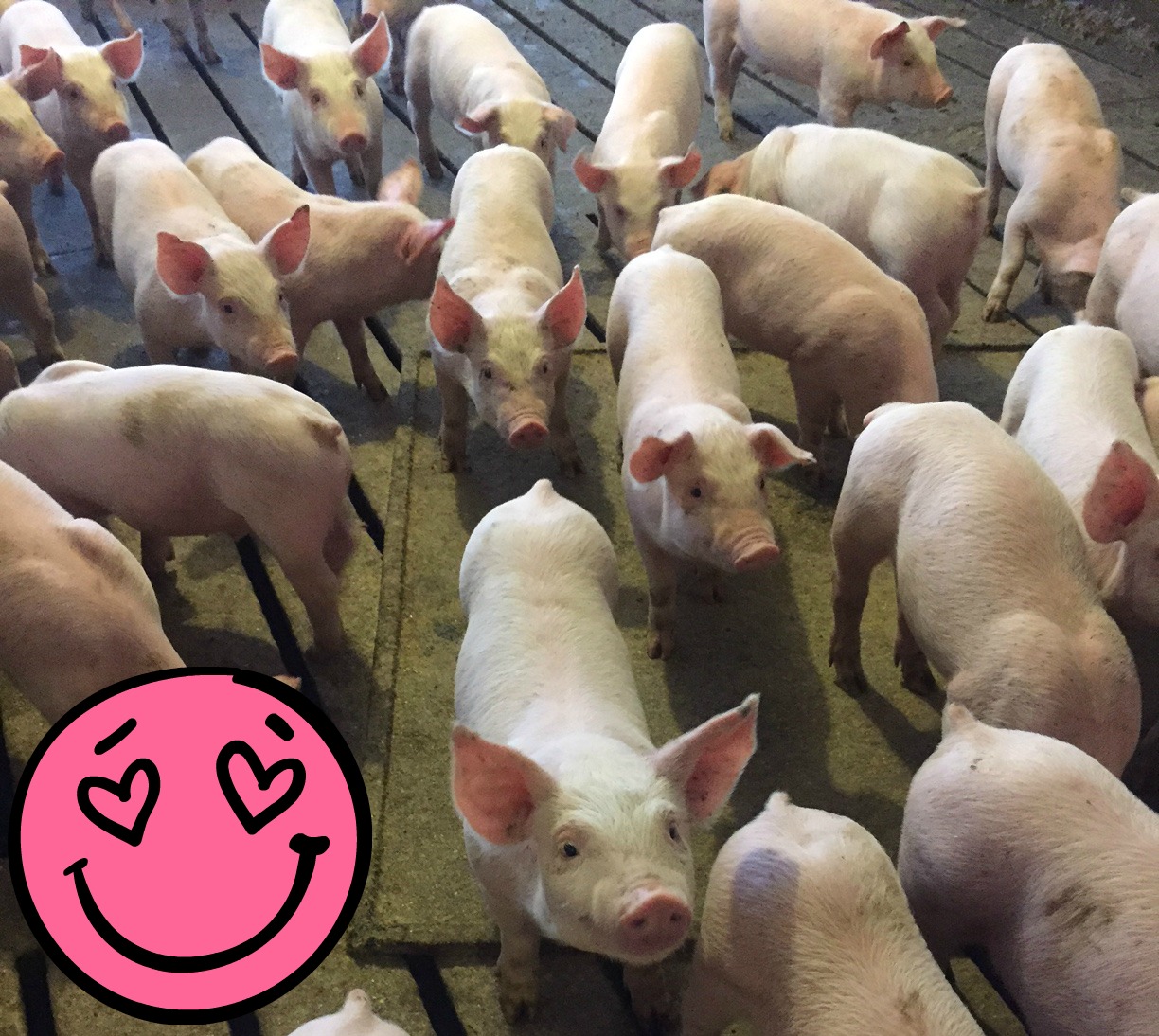 I was excited to visit Uncle Squeals Farm in Lynchburg, OH – which I was excited about because it was only 30 minutes away from my house! 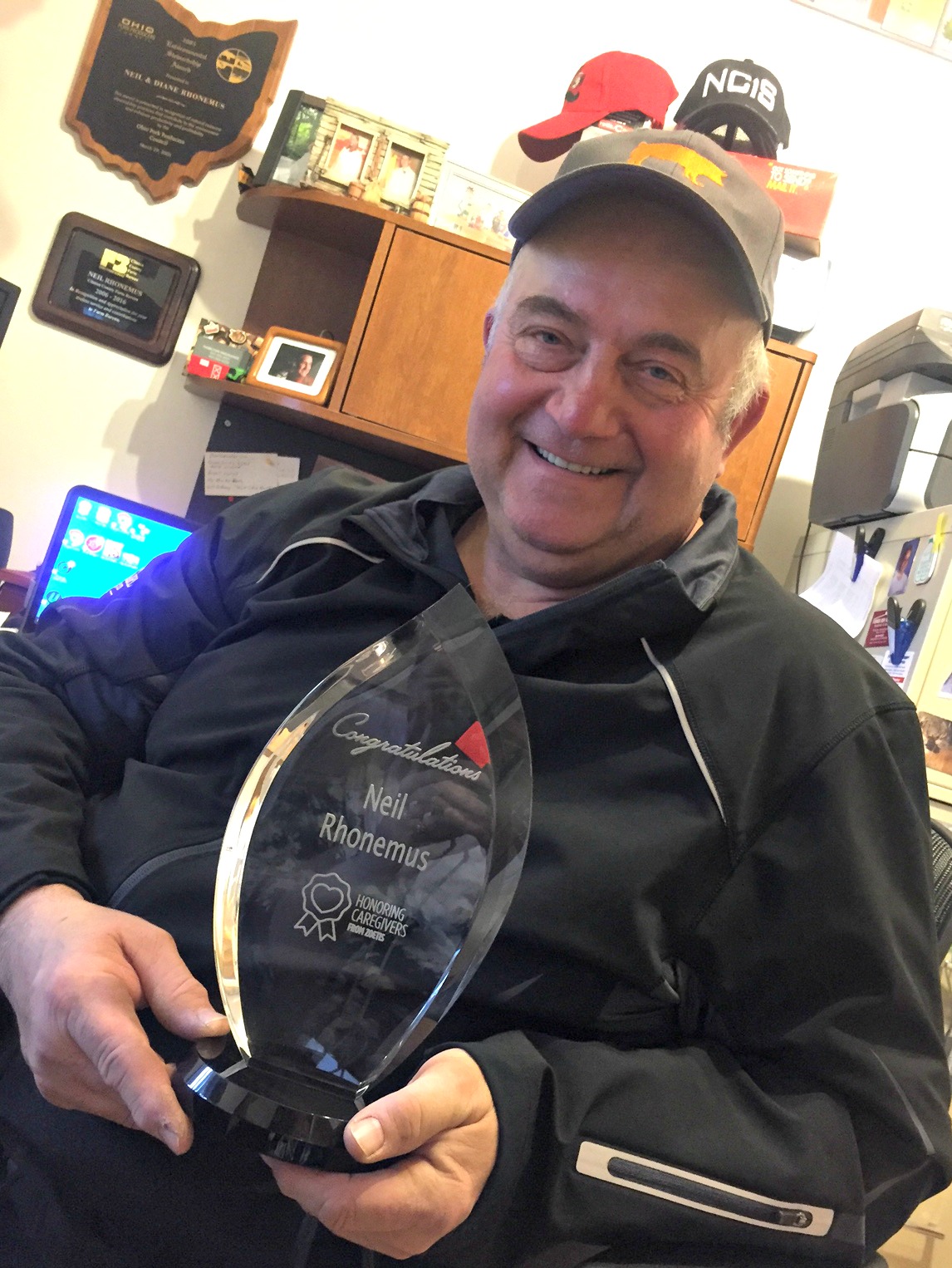 Uncle Squeals – aka Neil Rhonemus – is an award winning hog farmer in Highland County. He gets the piglets when they are about 10 pounds and let me say – that’s a fun size! But it’s definitely a business and a family one at that – which he learned from his Dad.

Neil recently won the Caregiver Award from Zoetis. He was 1 of 5 chosen out of 250 nominees and shared a heartwarming story about winning the award. His wife nominated him and he had no idea he was being recognized at this large banquet. They started talking about “the winner” and he realized all the details were his life! He was so shocked and you can tell how genuinely happy it made him. 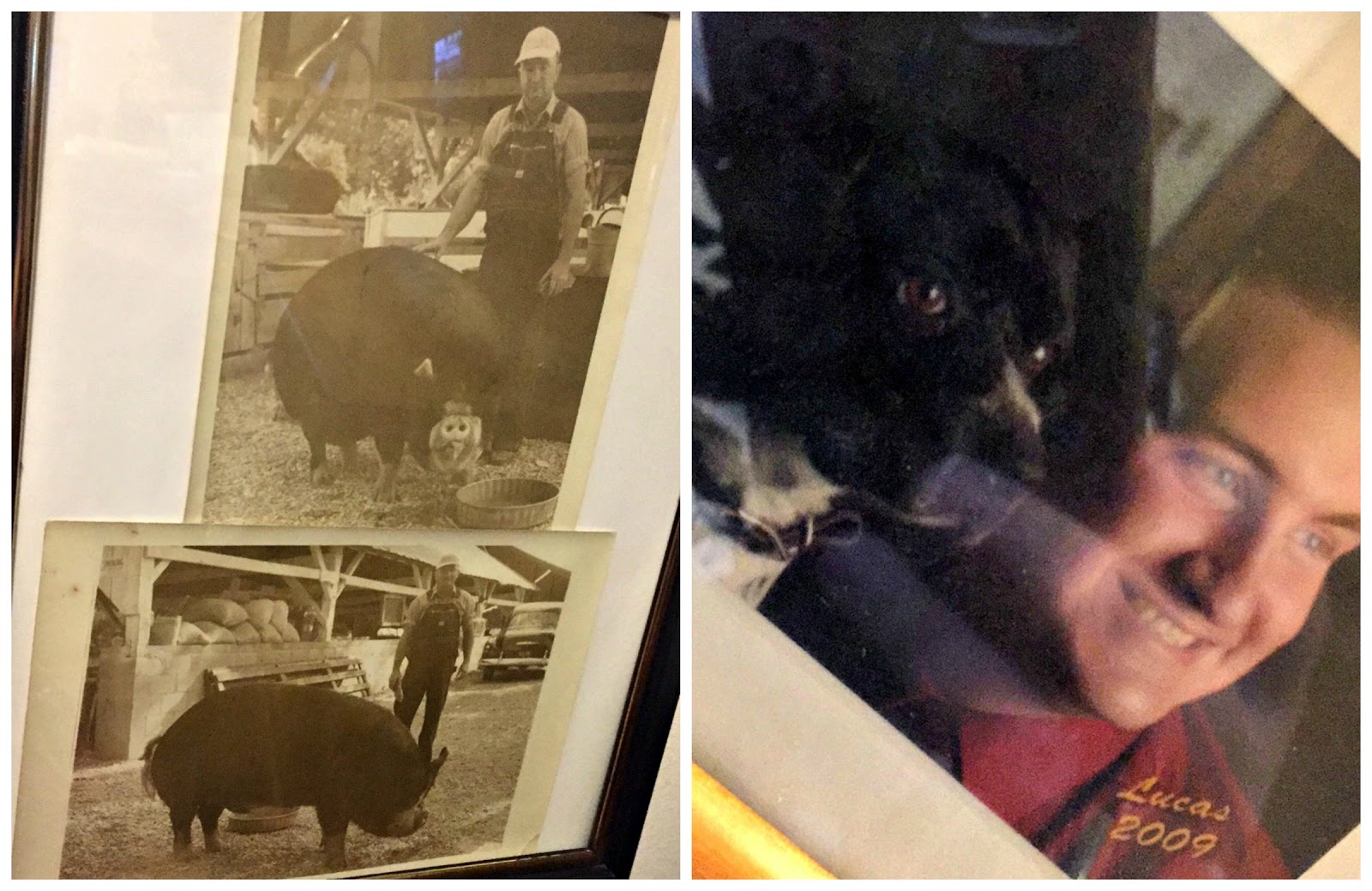 Neil is definitely a family man first – in his office you’ll see photos of his Dad showing hogs as well as his son and their beloved dog Rascal. Uncle Squeals had lots of stories for me – which I loved every minute of. Rascal is a true farm dog – he likes beer and catches fish. Yes – the dog catches fish. That’s a cool dog! Squeals and family currently have 5000 pigs, 1 horse, 2 cats and Rascal. 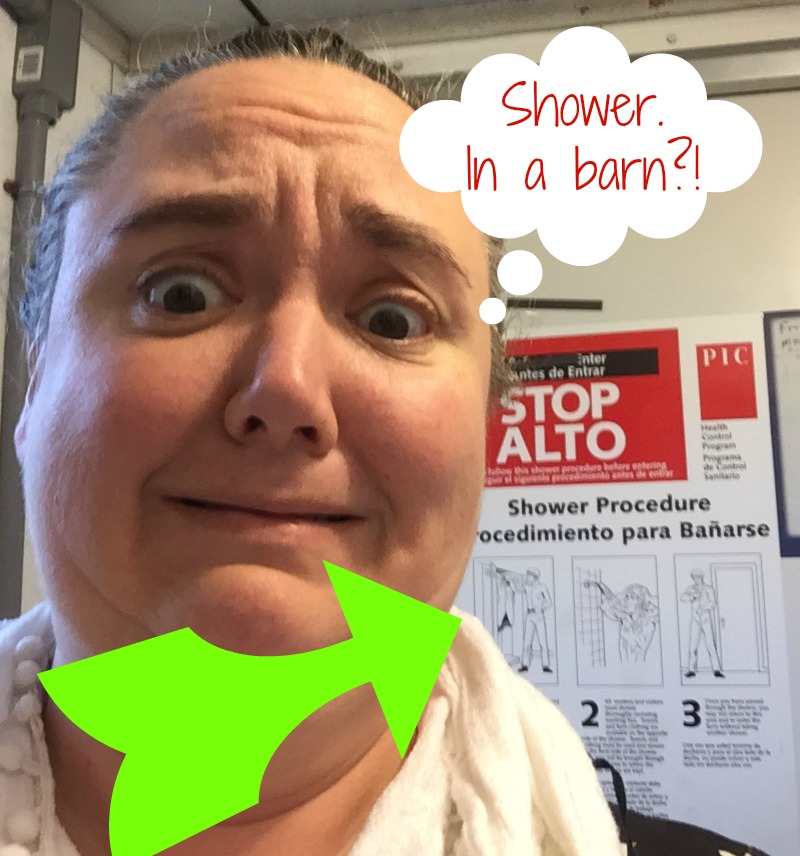 But after story time – we had to go see the piglets! When you visit these farms – sanitation and keeping the pigs healthy is the #1 priority! So what does that mean? I had to shower to go in and out of the barn which means I was showering there!

They have a shower space and it was very private and actually more comfortable than I thought I would be. So Uncle Squeals went in first – and then let me know when he was finished and had moved on to the office and then I went through. Every employee and visitor has to shower in and shower out of the barn – Squeals joked the shower out was more for anybody that was with me after than for the piglets. 🙂 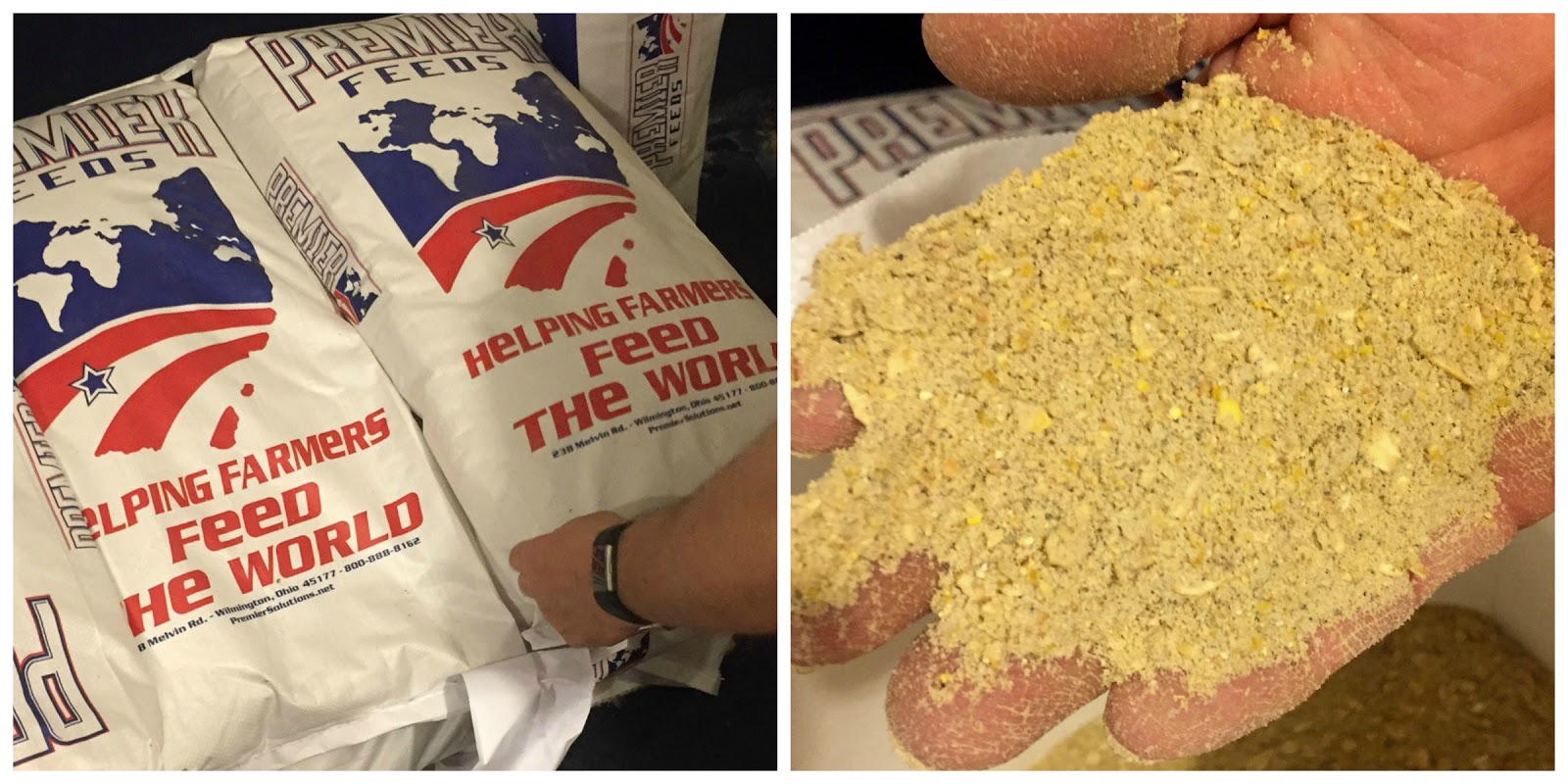 Uncle Squeals takes the pigs from wean to finish – which is from 21 days (10-15 pounds) to 5 months (180 pounds). Since the piglets are just weaned – they start with a very small textured food and work their way up to a chunkier food.

Squeals also monitors all the piglets very closely and if anybody is a little thin – they go into the special care area where they get extra monitoring. The barns have electronic thermostats and monitors that maintain the condition of the barn at all times and alert them if there are any issues. 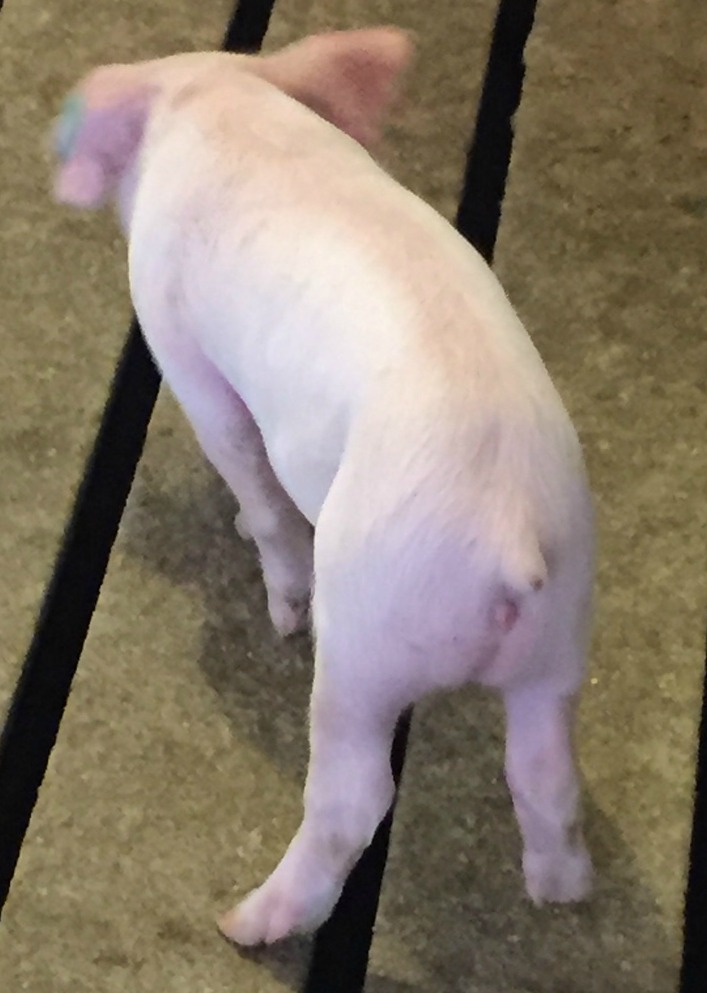 I’m sorry – just look at that butt. So. Freakin. Cute.
Squeals raises males and replacement females (gilts) – most of their females will go back and become mothers. The males will go on to be sold. They keep the boys and girls separate because while adorable at 10 pounds – they get feistier as they grow older. They also separate by size – if one piglet is smaller – they’ll either beef it up or move it down to another area. 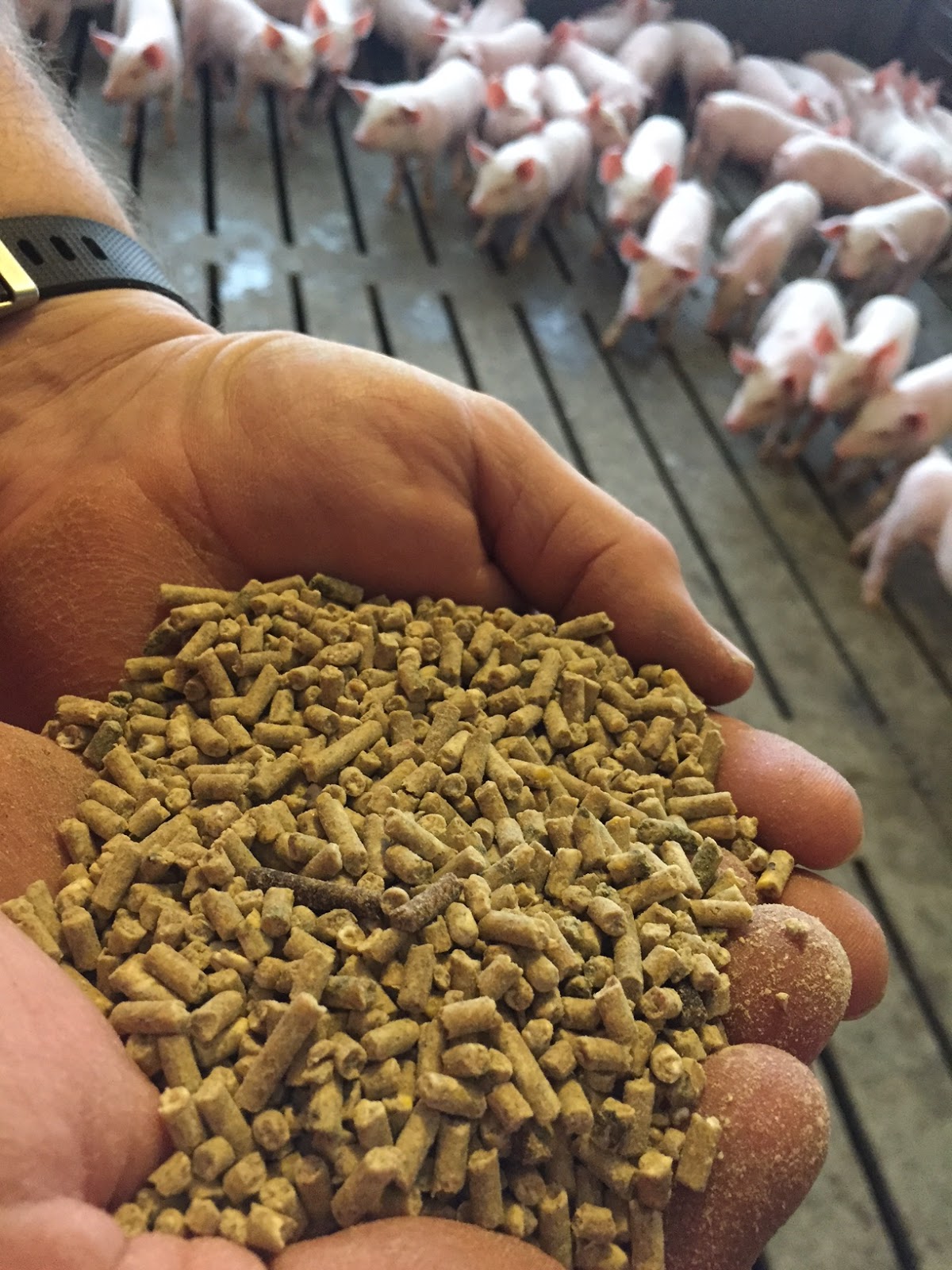 Don’t they look like zombies stalking me?!
The barns are very large – when they get the piglets – they’re on one side of the barn and only take up about half of the space. As they grow – they get spaced out to take up the entire barn. Squeals has two large barns that he raises and raises about 10,000 piglets each year. 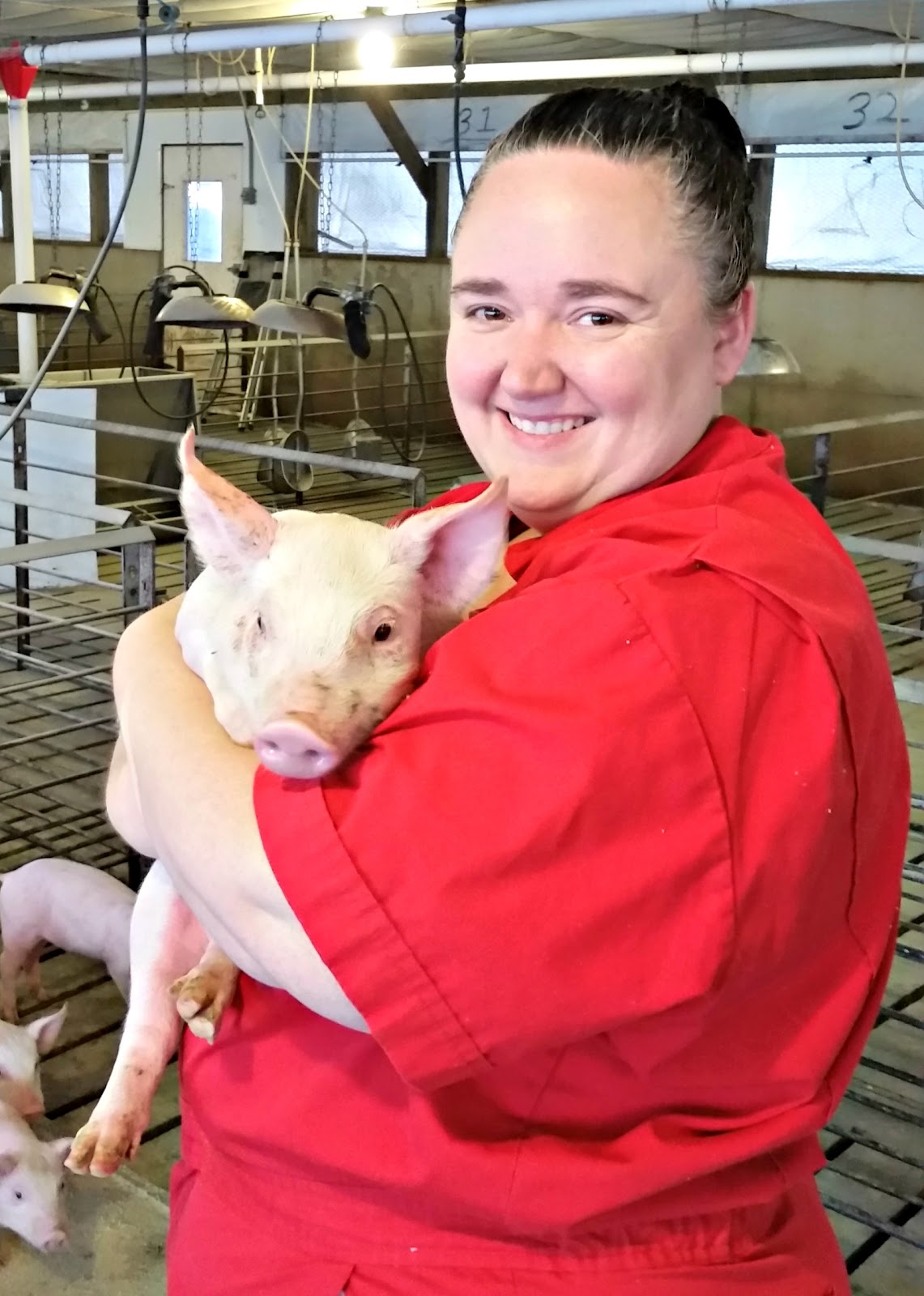 And yes – when we got through the shower – we had to wear clothes that they provided. So – unfortunately – I didn’t get to take these snazzy red coveralls home with me! Booo! I did beg Squeals to grab a piglet for me to hold for a moment. Piggie wasn’t too excited but I loved on him anyway.

Everything at the farm is very sanitary and humane. They don’t give antibiotics unless they are needed because one of the piglets is ill – and that is a short acting that is NOT in their system by the time they become bacon. 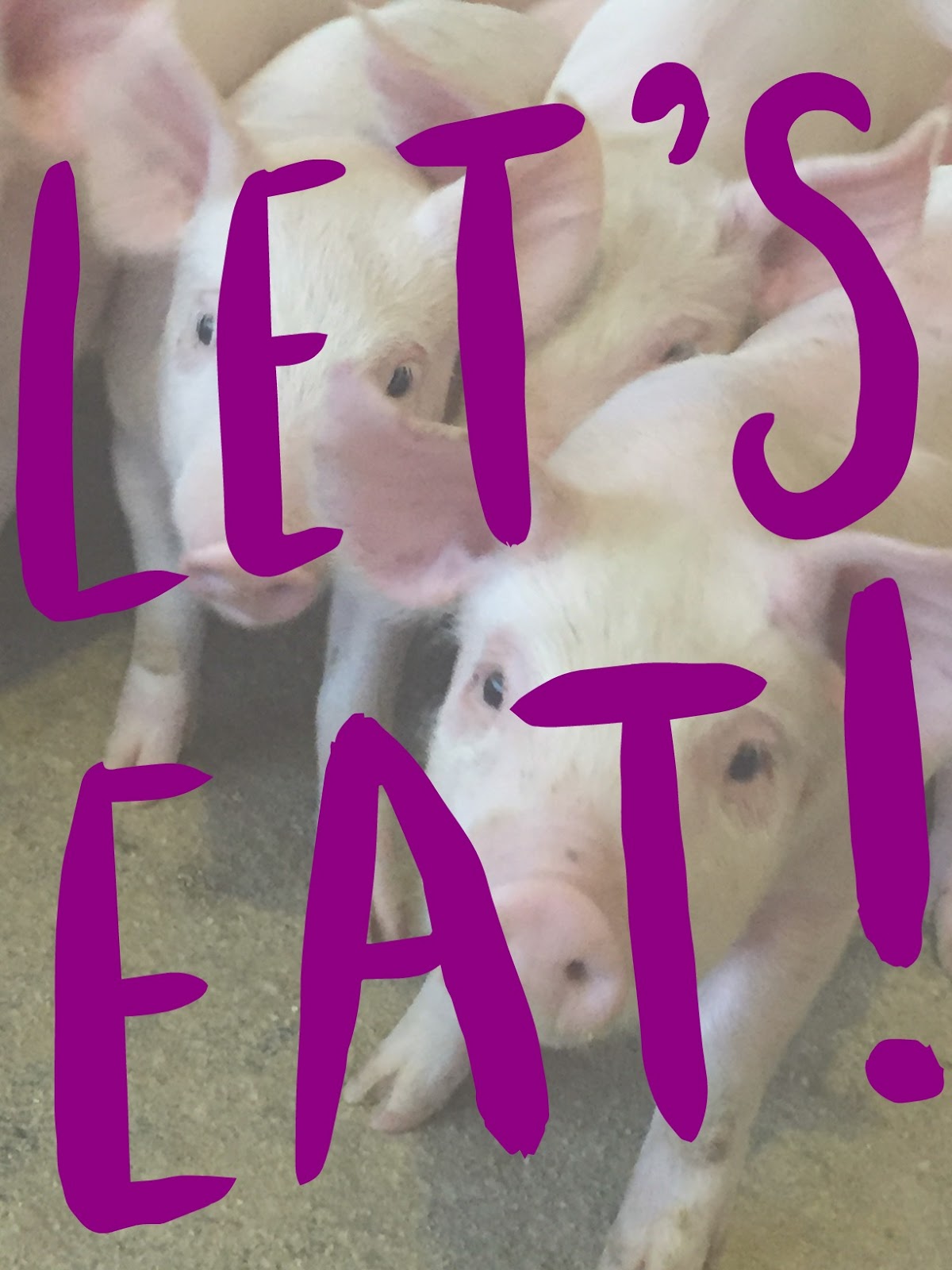 And yes – even after all that cuddling – I’m still fine with eating them
and had this conversation with a coworker: 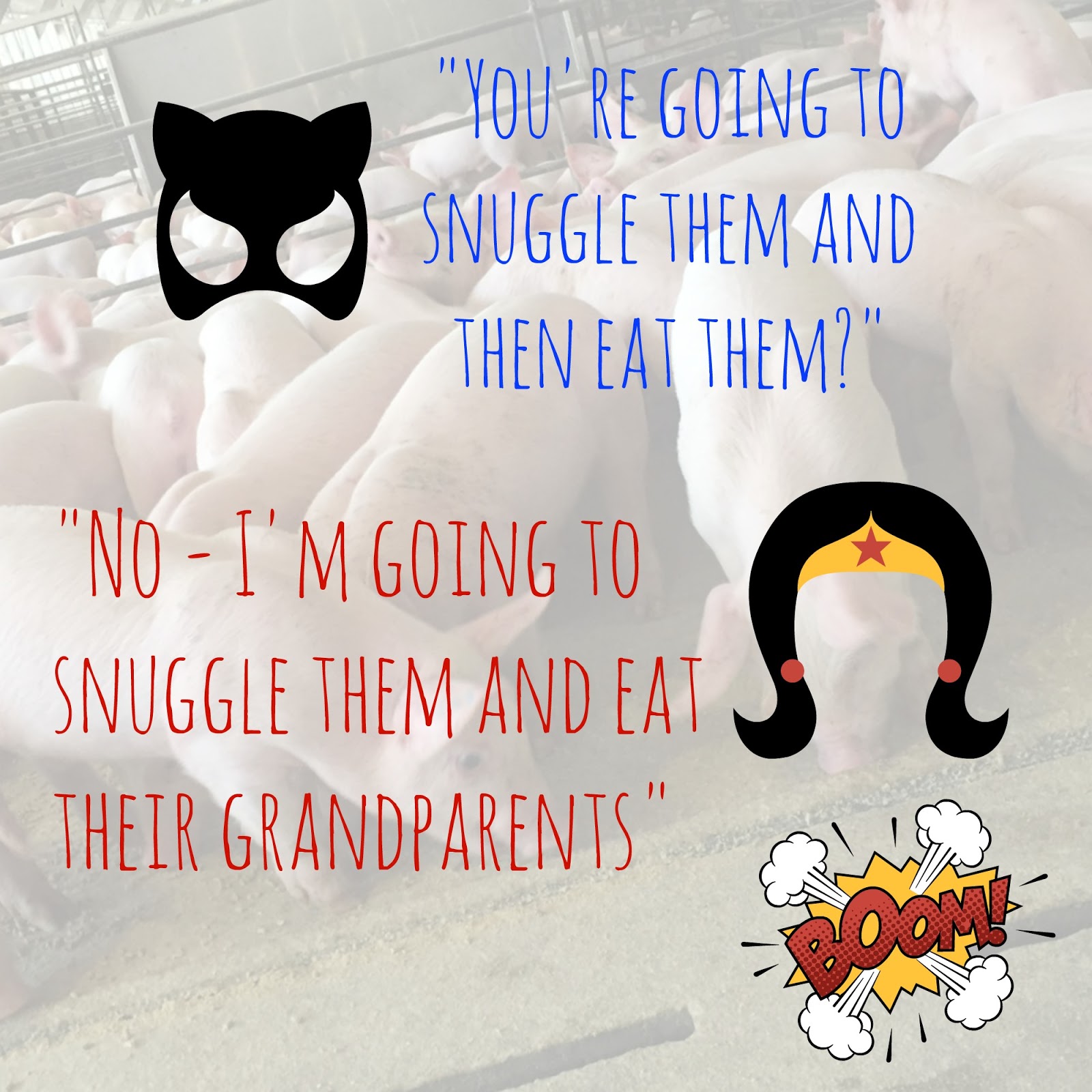 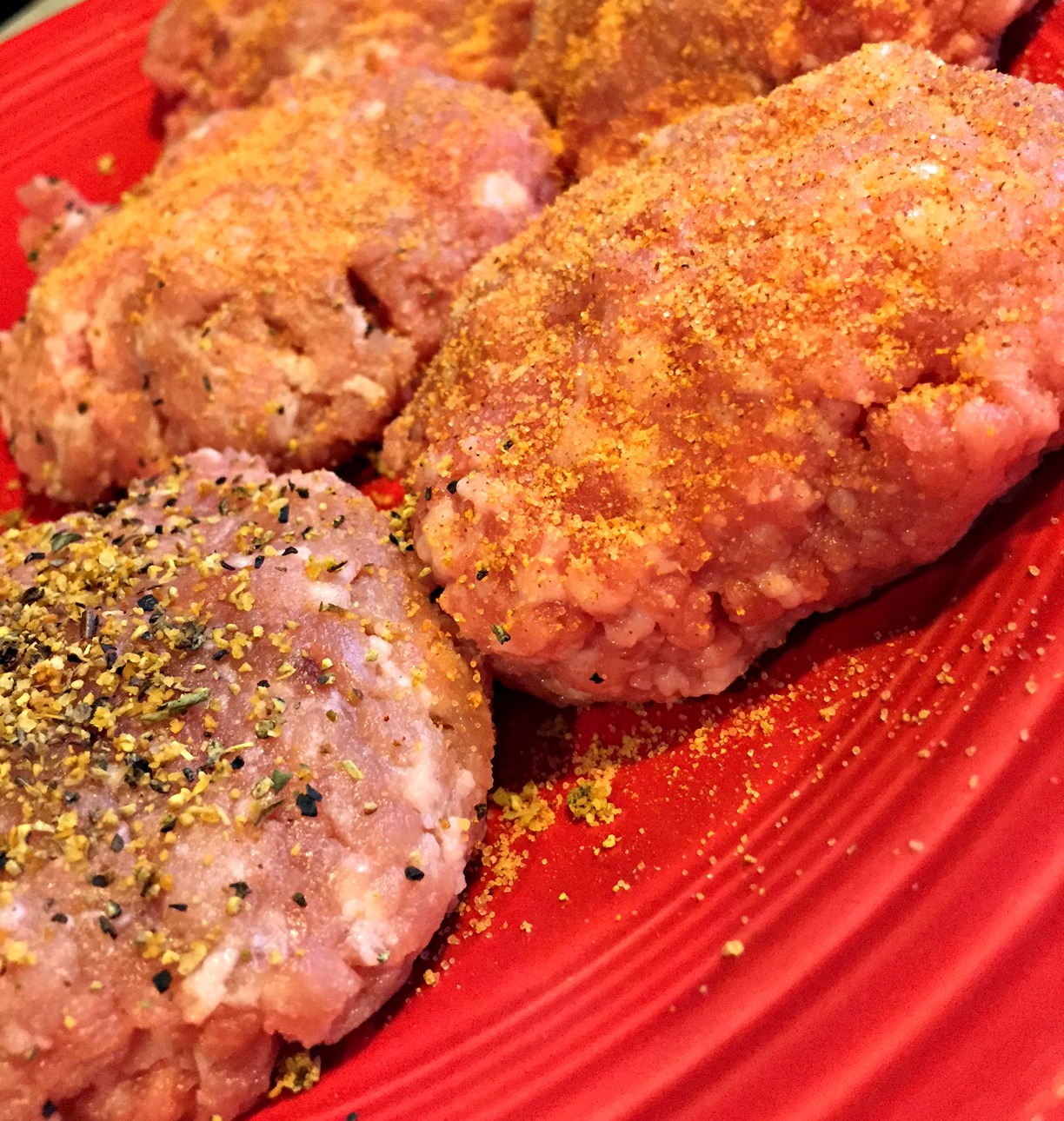 After my piglet snuggling – I went inside to have dinner with Neil & his wife. Neil wanted me to eat every kind of pork they could find! He started with pork burgers – which was just ground pork with seasoning sprinkled – Lawry’s Seasoning Salt on half and garlic pepper on half.

As we were chatting, I asked – how do I know I’m eating OHIO pork – and he said – for example – some of their pork is sold to Smithfield (Hey – My friends at Historic BBQ are sponsored by them!) which Kroger buys from as do many other grocers. Numbers from the packages can be tracked back to the specific farm that they came from – but it’s not something you can just say – “Oh this is definitely Ohio pork!”. That said – most grocers do get their meat from suppliers that source locally – it just makes sense because why would you have it shipped across the country when we have so many hog farmers right here. 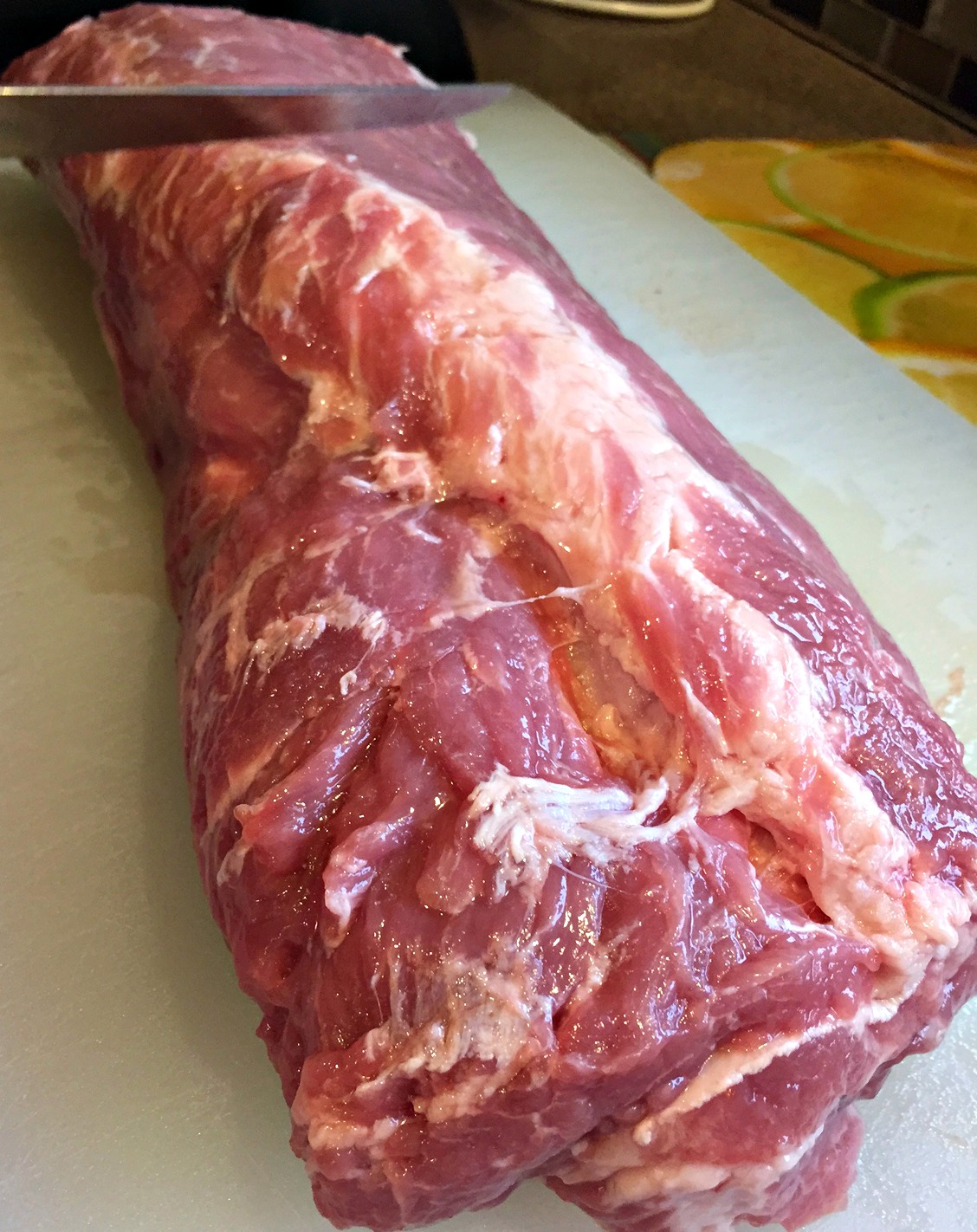 Squeals also taught me all the things I could do with a pork tenderloin! 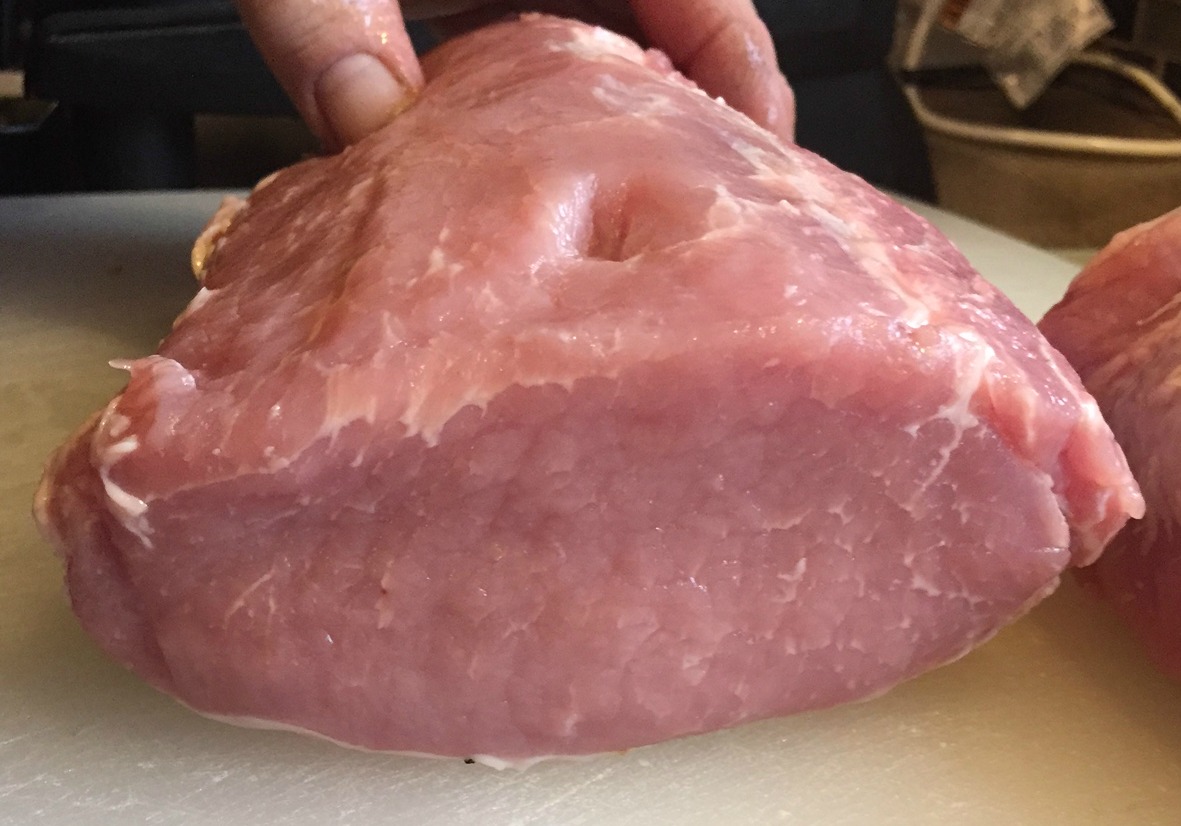 First – cut the lean end off and that’s your pork tenderloin. It’s great for boneless chops or a pork loin roast. 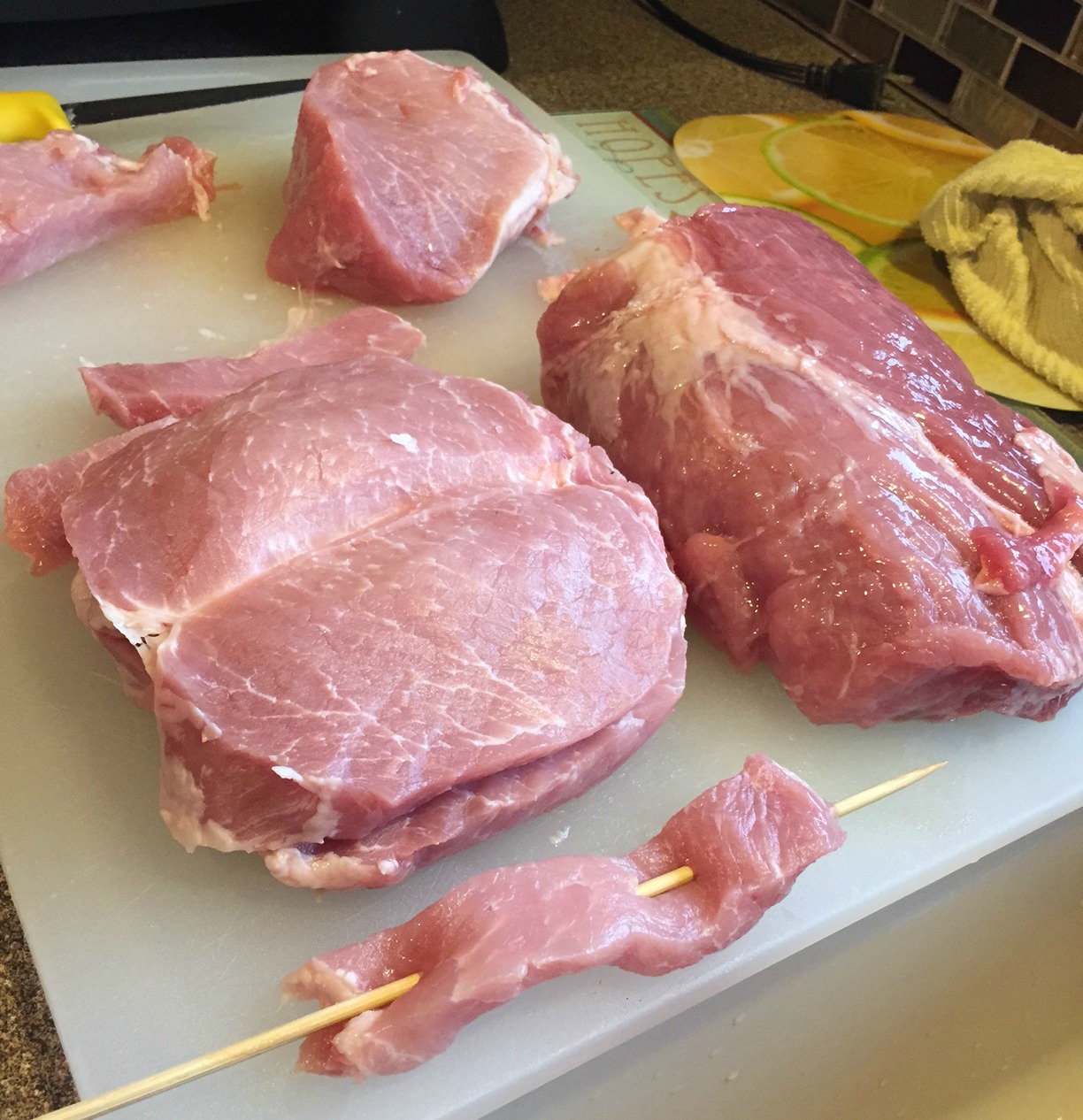 Then with the rest – you can cut a  middle chop and the slice it almost all the way through and open it up to have a butterfly chop. (Left) This is great for stuffing! The other “fattier” end is great for roast or pulled pork. (Right) Or you can slice off pieces and skewer them for pork loin skewers! (Bottom)
During our chat – I asked Squeals what the biggest issue he faces is – and he said it’s the disconnect between the farmer and the consumer. There is a movement right now about knowing where your food comes from – which is understandable. There’s also a lot of complaints about the high price of food. There’s the disconnect! You can’t have cheap food that still has high quality. So they work hard to maintain a healthy balance – for the pigs and for us.  Uncle Squeals was excited for me to be here so he can tell his story. 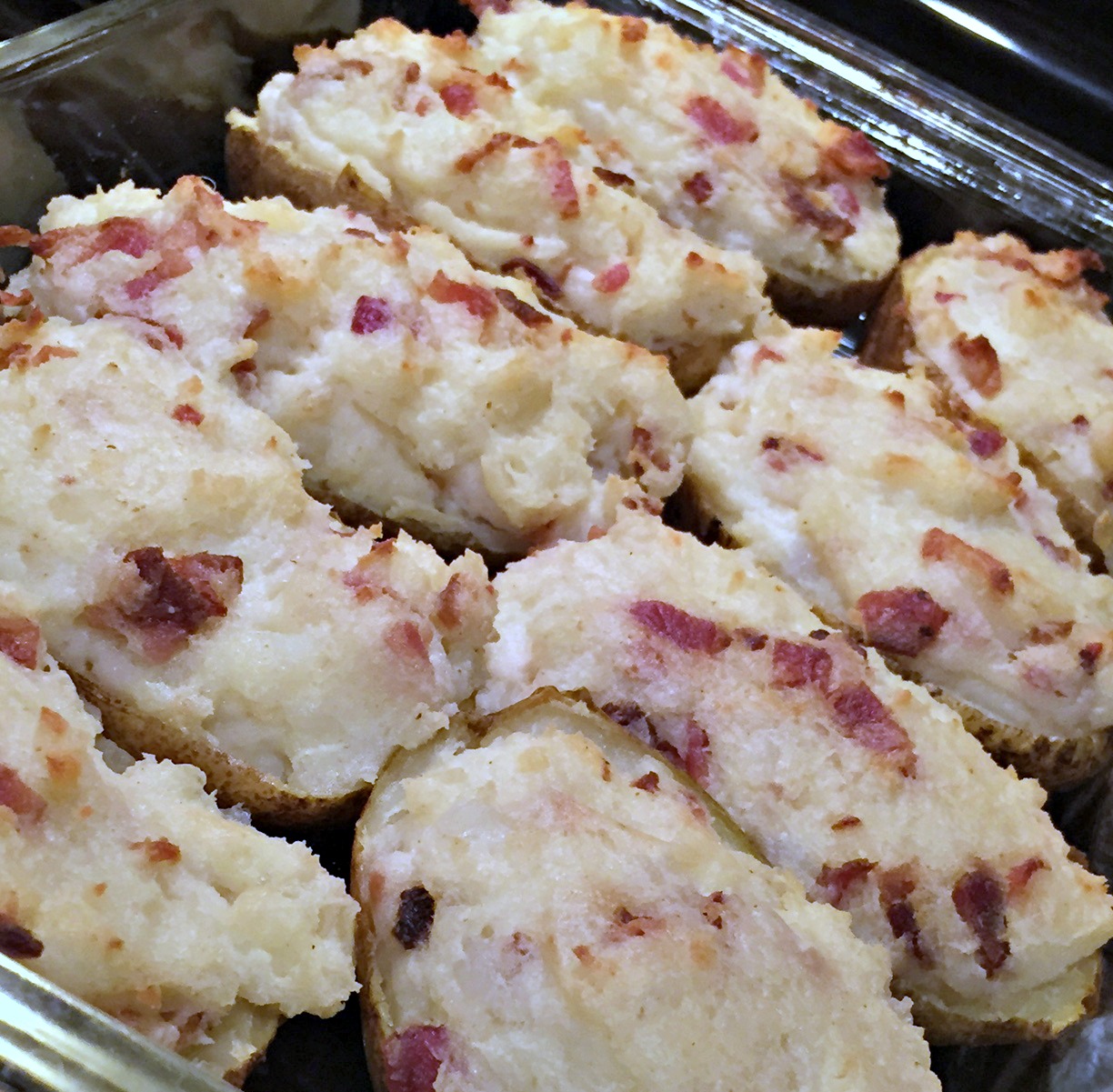 While Squeals and I were getting philosophical – Mrs. Squeals was making some mean twice baked potatoes – she baked them and scooped out the insides – added sour cream and bacon then back in and bake some more. This is when I revealed the fact that I can’t bake a potato. Seriously – I suck at it – I don’t have the patience for it! (And I refuse to microwave – I like the crispy outer shell.) I will say – after my visit – I baked some for 90 minutes and it was finally enough! Yahoo! 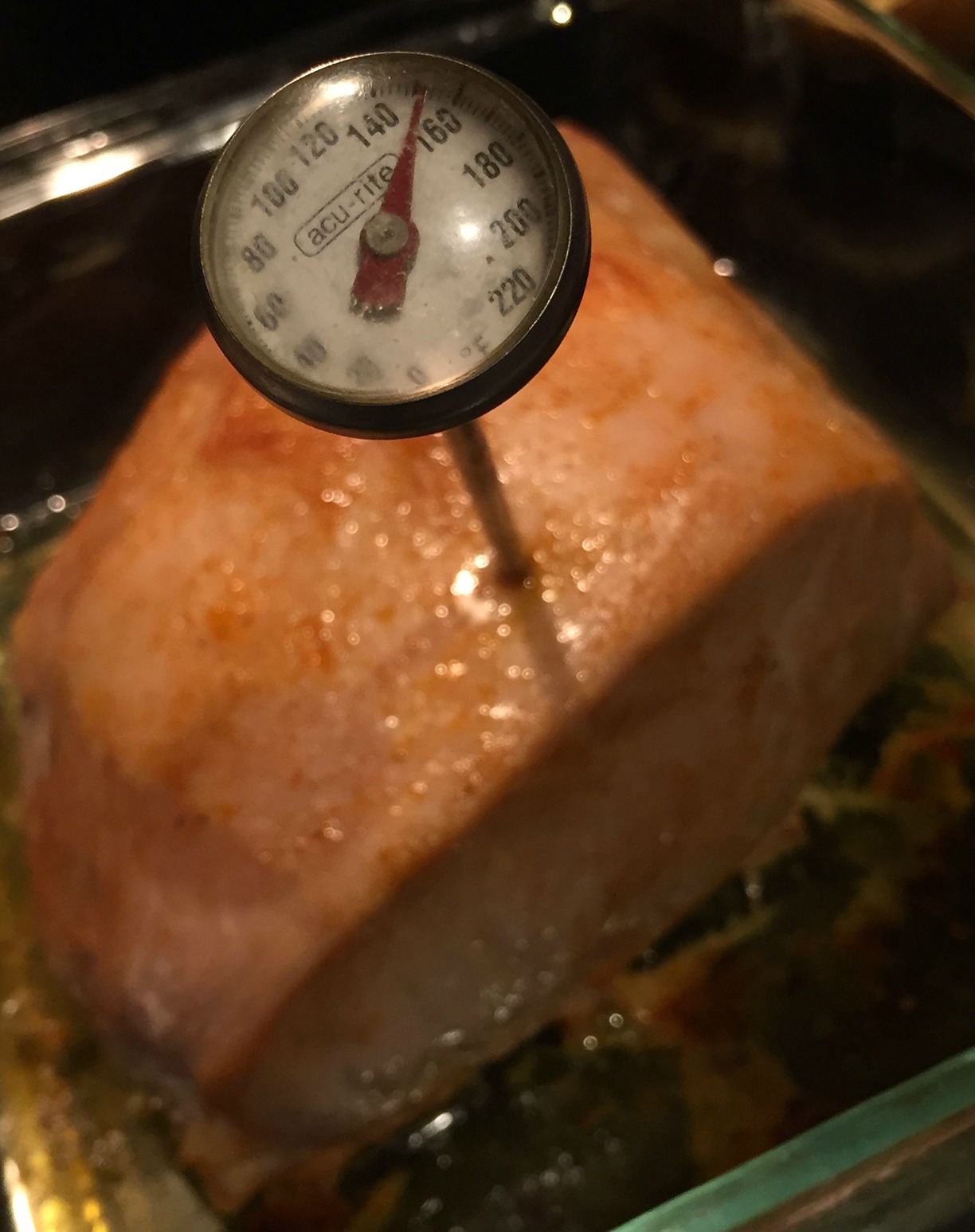 Uncle & Mrs. both have had other jobs during their years on the farm – Mrs is a nurse and Uncle has worked for other farms (beans/corn) for years. I asked about “a day in the life” and he said it’s always different but it typically starts around 5am. He works in the barn until noon – breaks for lunch – has a little free time for his “Honey Do” list – then does evening chores. After that – the rest of the “farm” work which is on the computer gets attended to. He does spend about 8 hours a day in the barn – so that’s a job in itself! 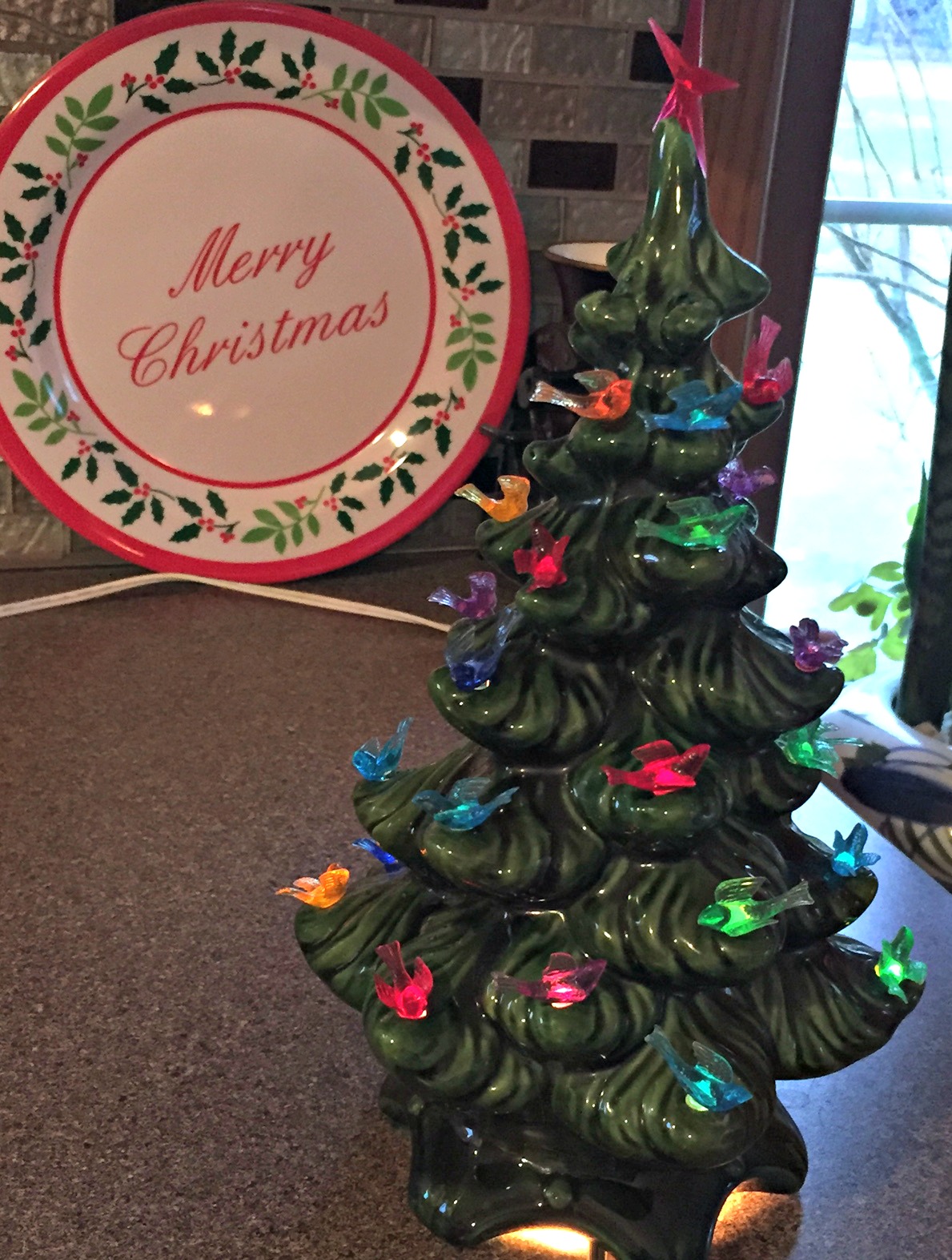 The Squeals also had some seriously awesome decorations – my Grandma had the same ceramic tree – it took me right back to Iowa and I loved it! 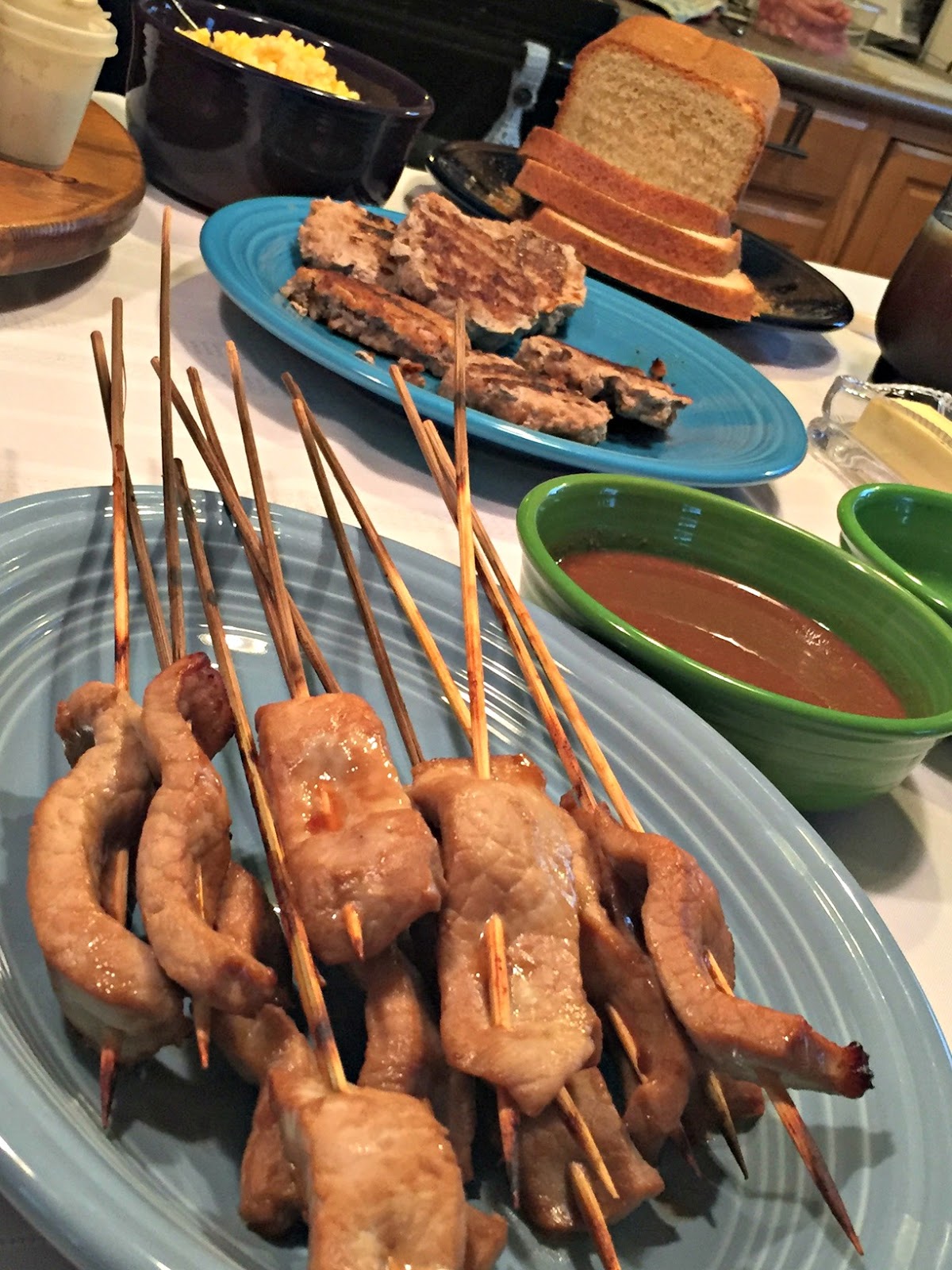 In addition to the pork – we had fresh corn off the cob, fresh bread and so much more! Then they sent me home with a huge box of food!!! It was awesome!! I had lunches for a week! Thankfully they didn’t cook the ham steak they had – we agreed that I’ve had ham before – so I should be fine. 😉 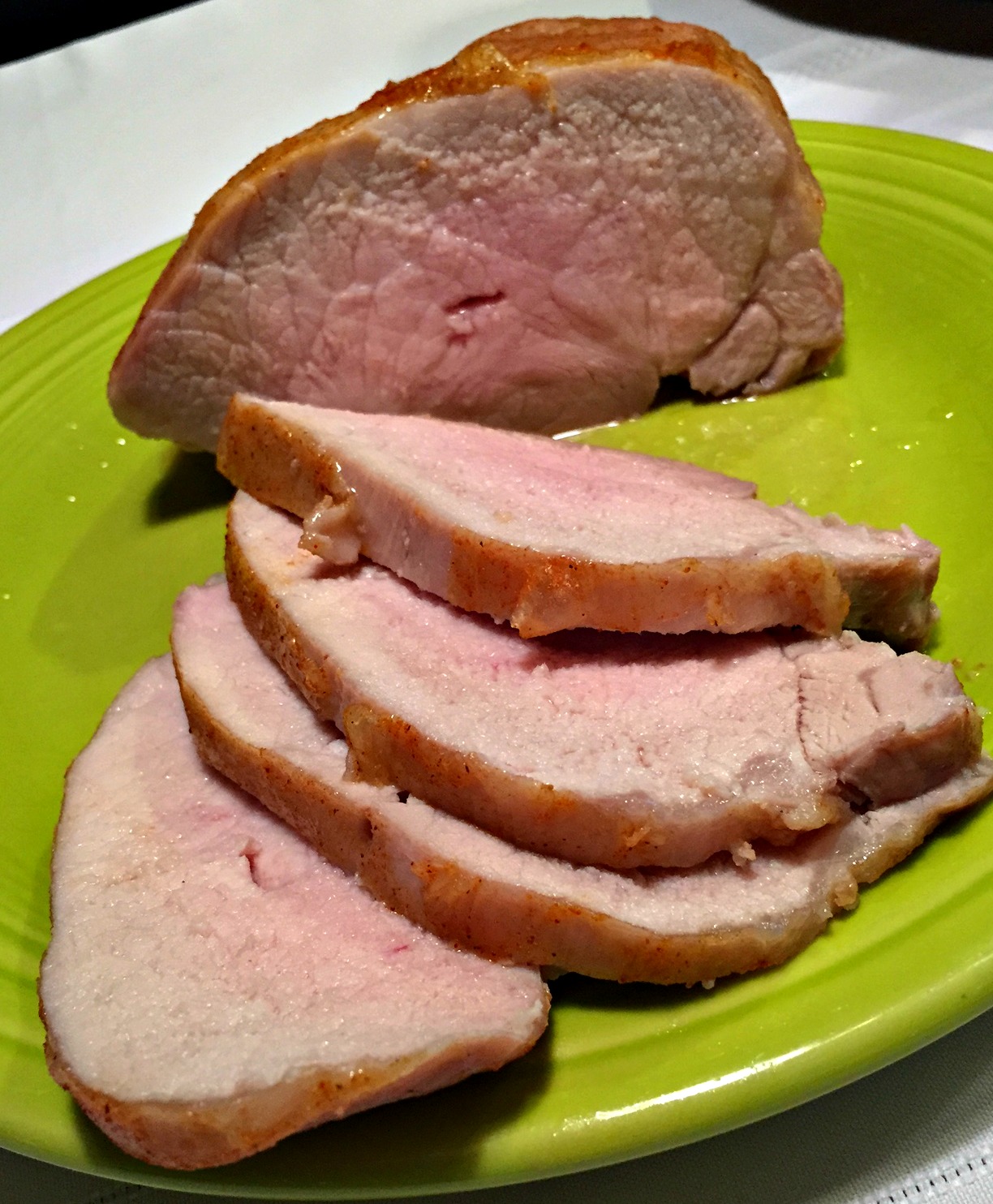 And there it is – pork loin perfection at 150 degrees with the perfect blush of pink. A great way to end a great day. 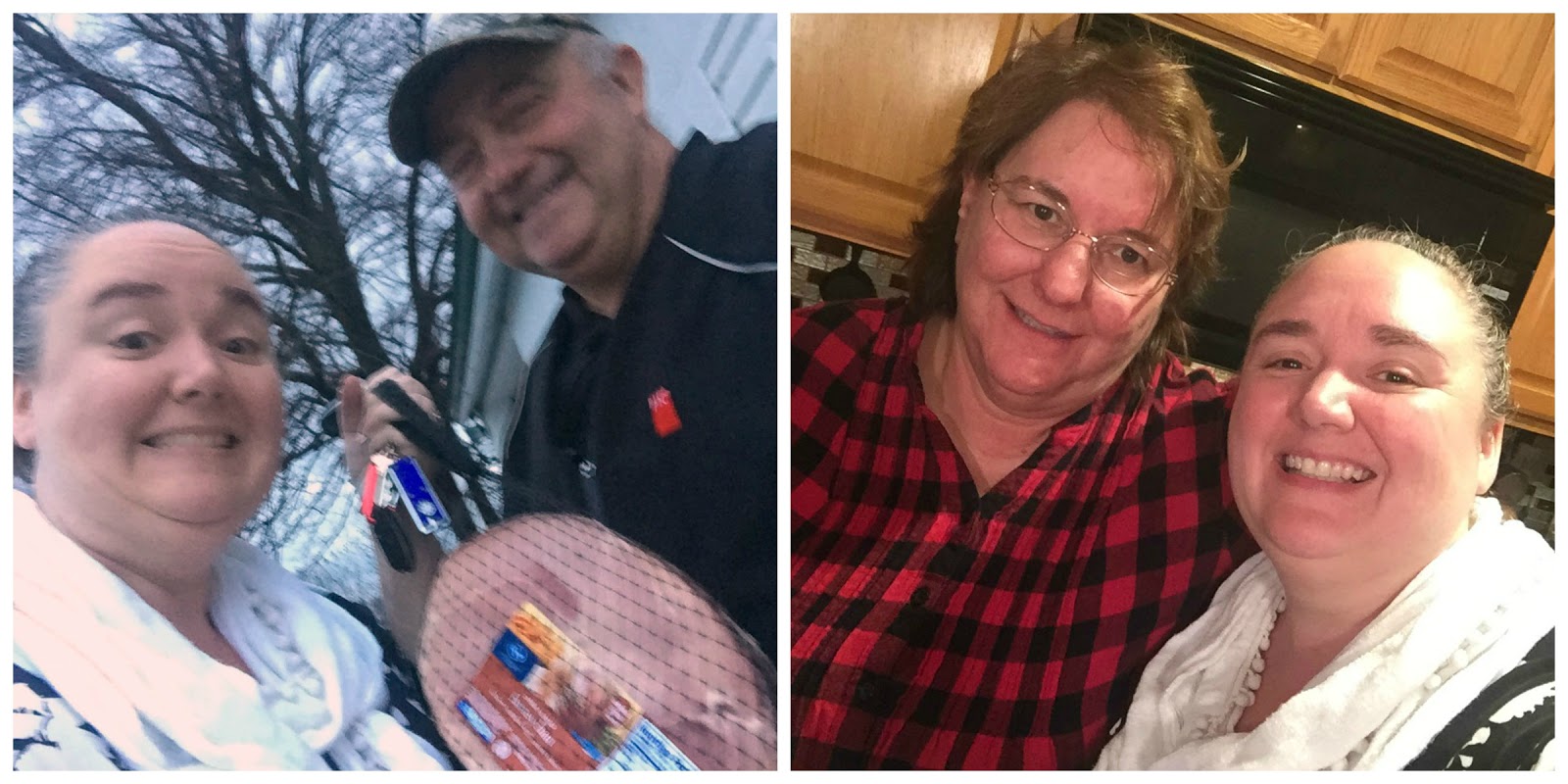 Thanks to Uncle Squeals and Mrs Squeals – they were gracious hosts and are wonderful people! U.S. even gave me a ham for “Hams Across America!” – which is an initiative that the pork producers are sharing hams with friends and family to spread the word about pork. Since our household is only hubby & I – we then actually gifted that ham to one of my husband’s coworkers that has a large family for their Christmas!

The thing I learned after this visit is that Uncle Squeals truly cares about his pigs and food safety. All of these farmers – even if they’re not selling solely at a farmer’s market – are small business owners and when we buy pork – we’re helping them be successful. When they’re successful – they hire more farm hands and get their equipment repaired by other local business owners, etc. So go buy some pork – Uncle Squeals will thank you.