Recently – I went on a tour of Queen City Sausage and met Jennifer from the Ohio Pork Council. She’s so fun and she likes bacon – so we bonded right away. 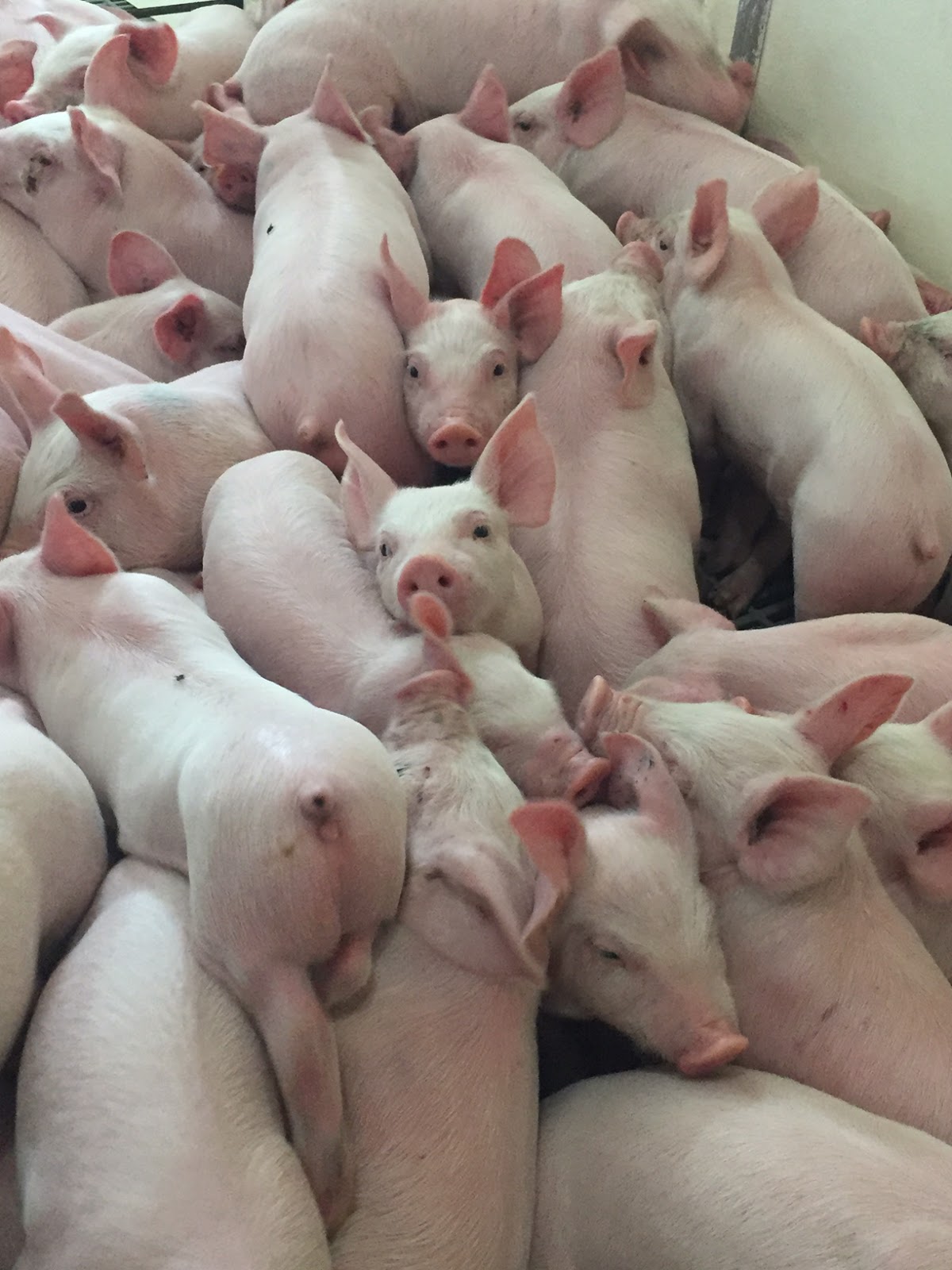 She invited me to visit and meet these guys. Seriously – she let me go in a room with hundreds of baby pigs. I mean – come on. I was giddy. They’re all so pink and oinky. (Also they had plenty of room but when humans come in – they sort of have a piggy pile until they get used to you.)

Now – I’ll say up front – it is hard to hug a baby and then say, “Oh I can’t wait to eat you in a few months.” But my love for bacon supersedes pretty much all else. What I can be concerned with is how they’re cared for and their conditions before they become my breakfast. 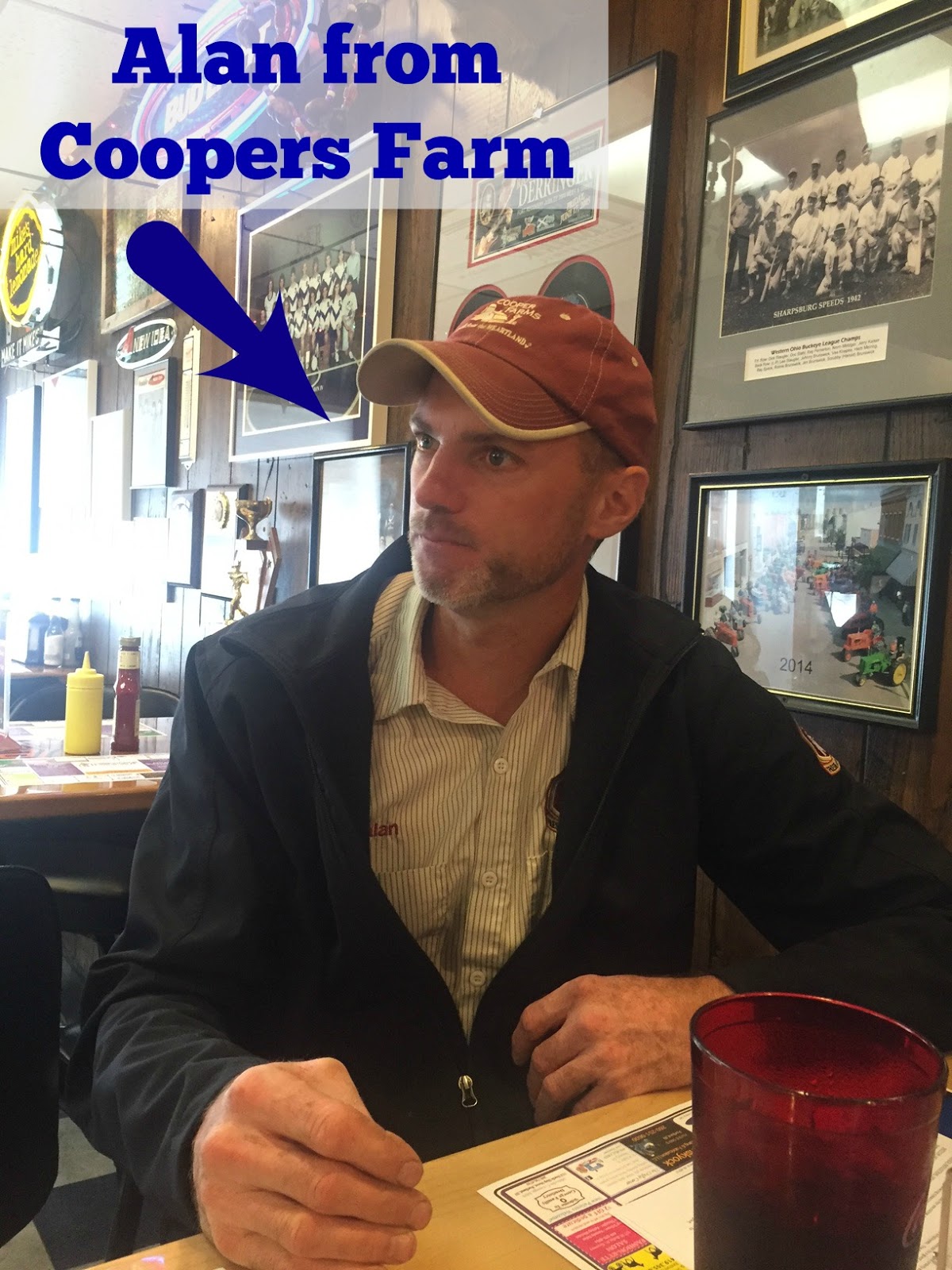 First up – Alan Evers is the Grow-Out Manager for Coopers Farm. We met up with him in Fort Recovery, OH and chatted about the operations at Coopers and I learned a LOT. This was all in preparation for me to spend some quality time with the little buggers.

But Coopers does more than just grow 500,000 pigs – they also grow 4 million turkeys and 2 million layers (chickens). Alan is in charge of hogs but knows about all aspects of the farm and taught me a lot! Like what hussy? Like this:

How’s that for knowledge droppin?! 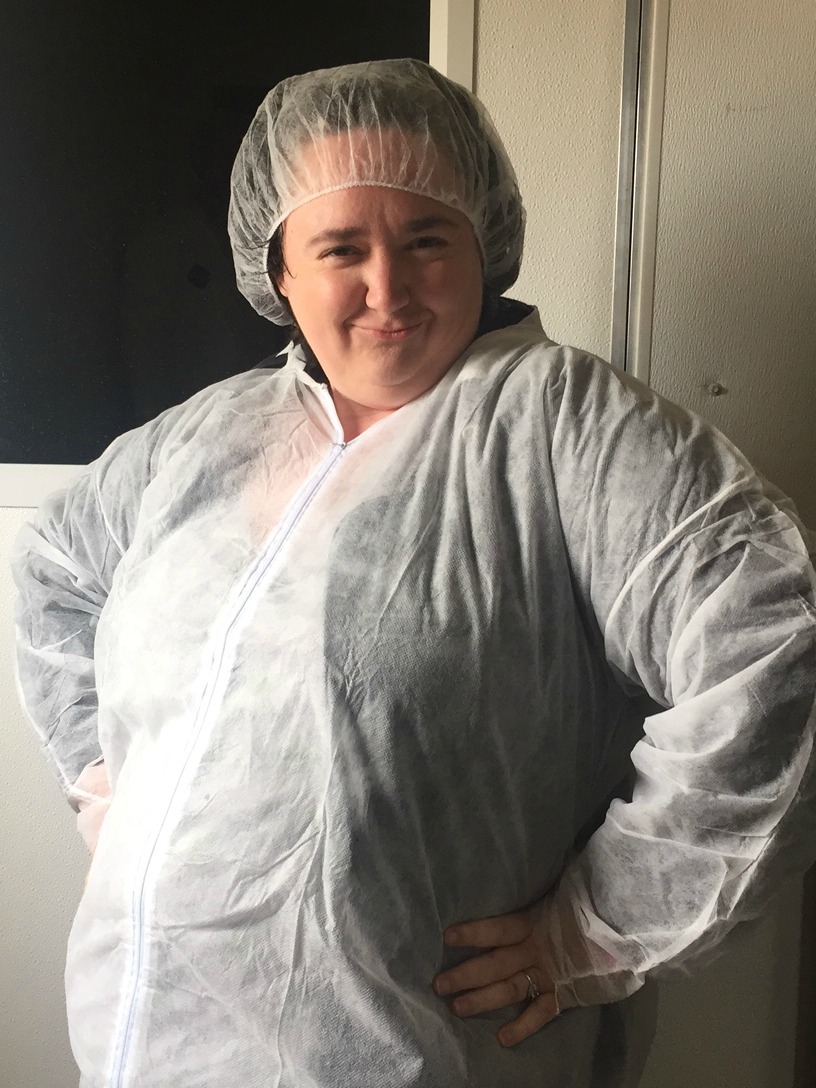 So once I learned enough – they let me go to the babies. But first – I had to suit up. Oh yeah – that’s a great look for me. This is for safety reasons because germs can be carried on hands, clothes and shoes. Most barns don’t allow visitors like this but they wanted me to see the whole picture of these babies – and that meant getting right in there with them! 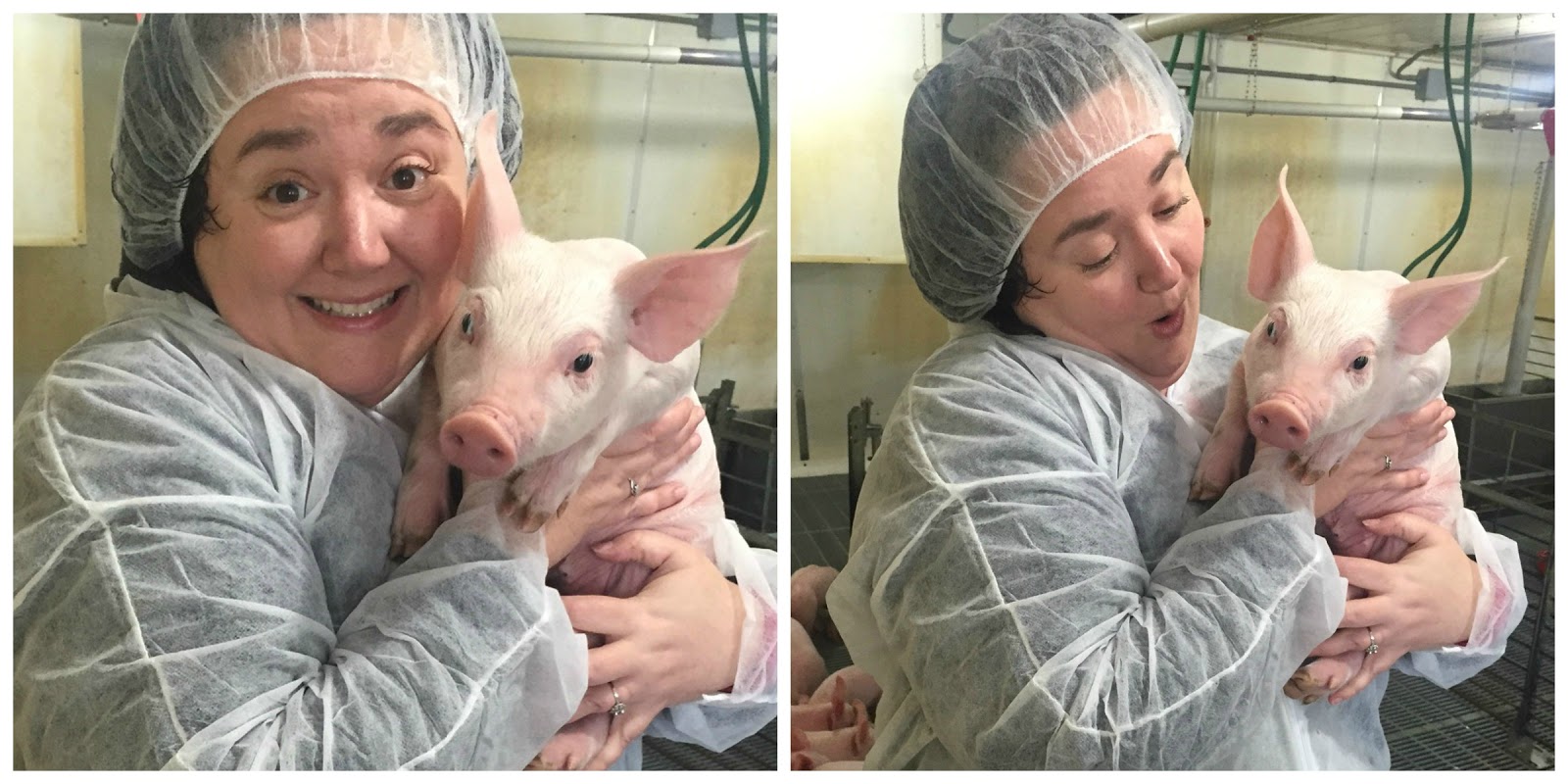 But it was worth it – look at this little guy! If they had wifi – I’d bring a barcalounger and hang out. 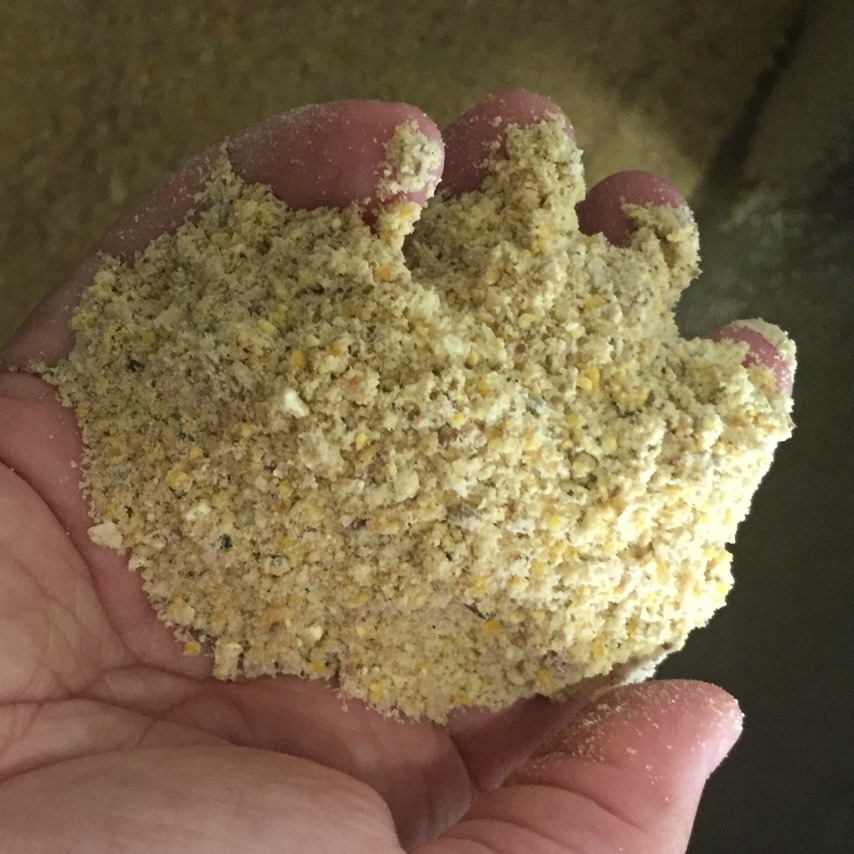 I also got to see their feed – it’s an interesting mixture and has lots of nutrients because these little guys just left their moms this morning. It didn’t smell too bad either. 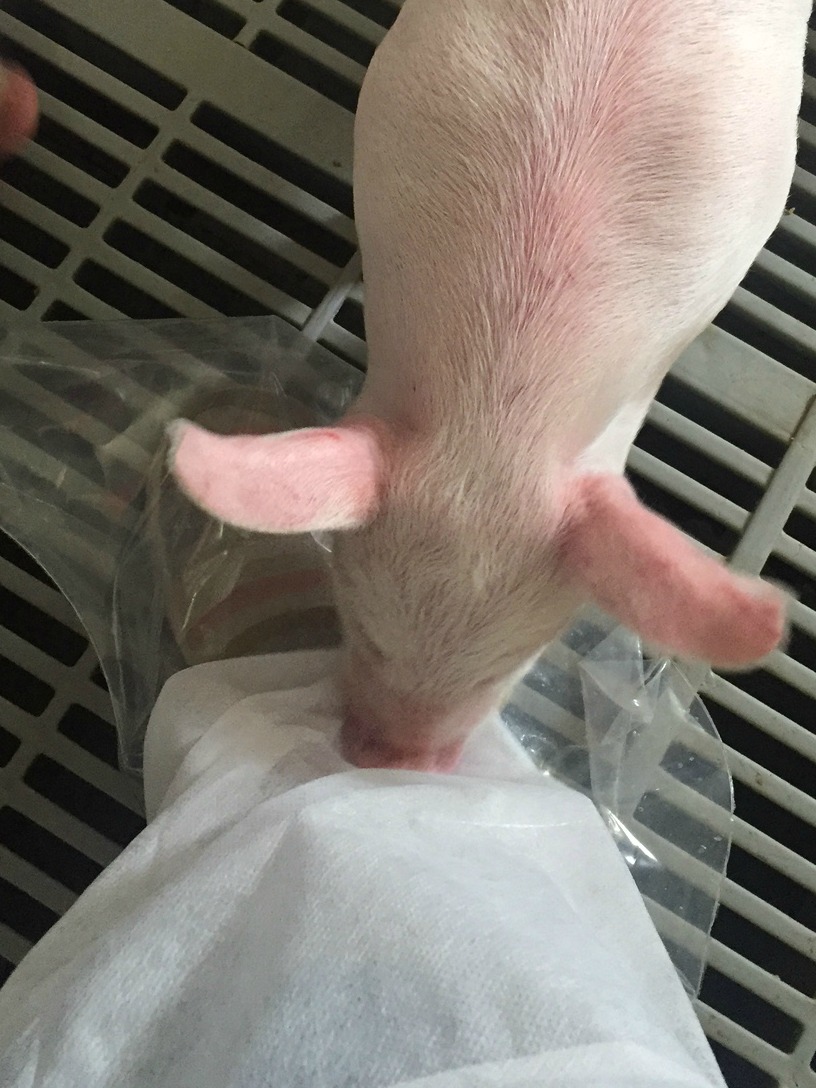 These little guys aren’t always the most polite – the longer I hung out with them – the more they tried to nibble on me! It was a pretty freaky feeling have them nuzzle up on my feet! 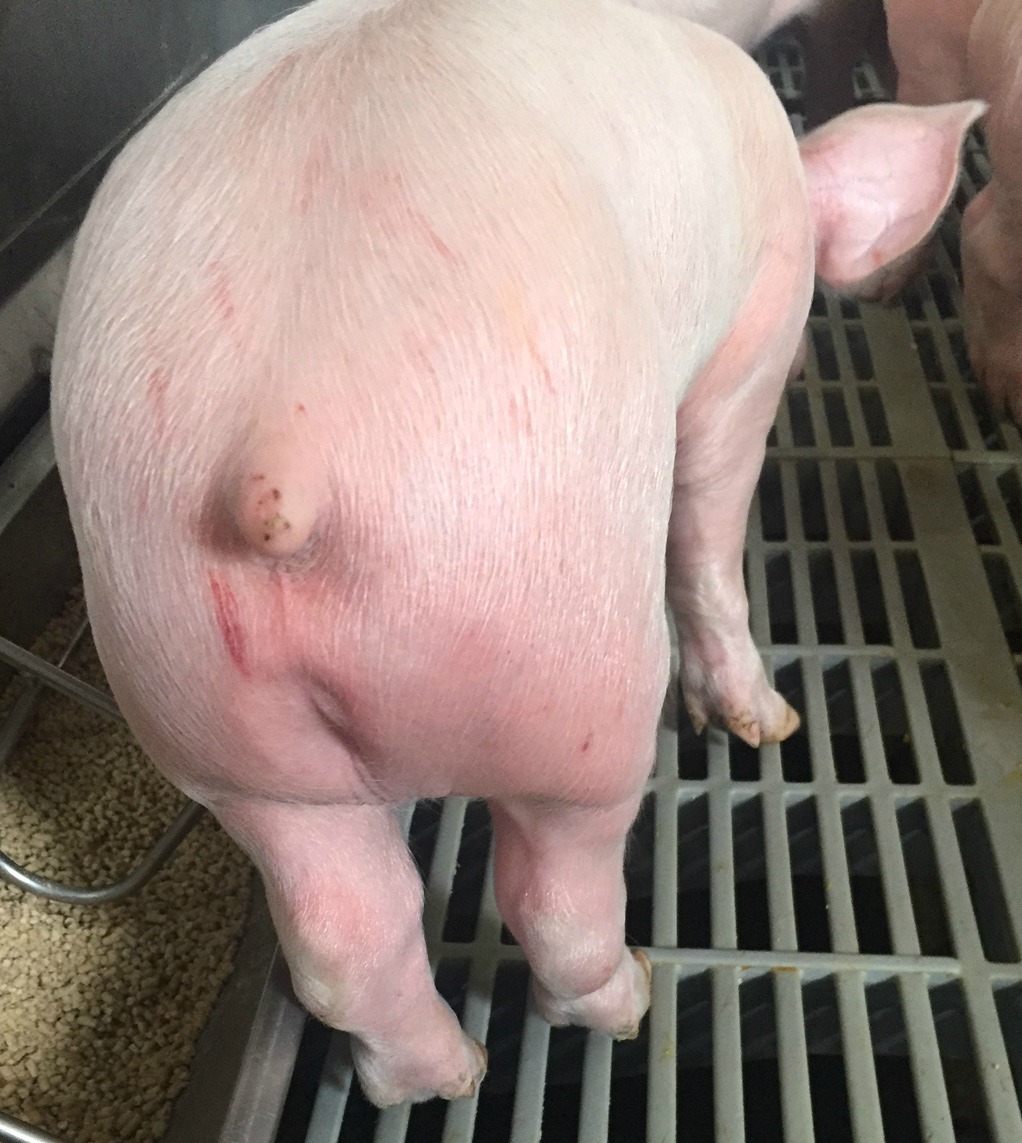 Oh my God Becki – look at her butt. It’s so pink and round!
The facilities they’re in are really clean – which was impressive. Many Ohio farmers believe that raising pigs in barns allows them to better care for them. They have fans, misters and heaters to keep them comfortable and healthy all year. They also have sides that open to help with circulation. 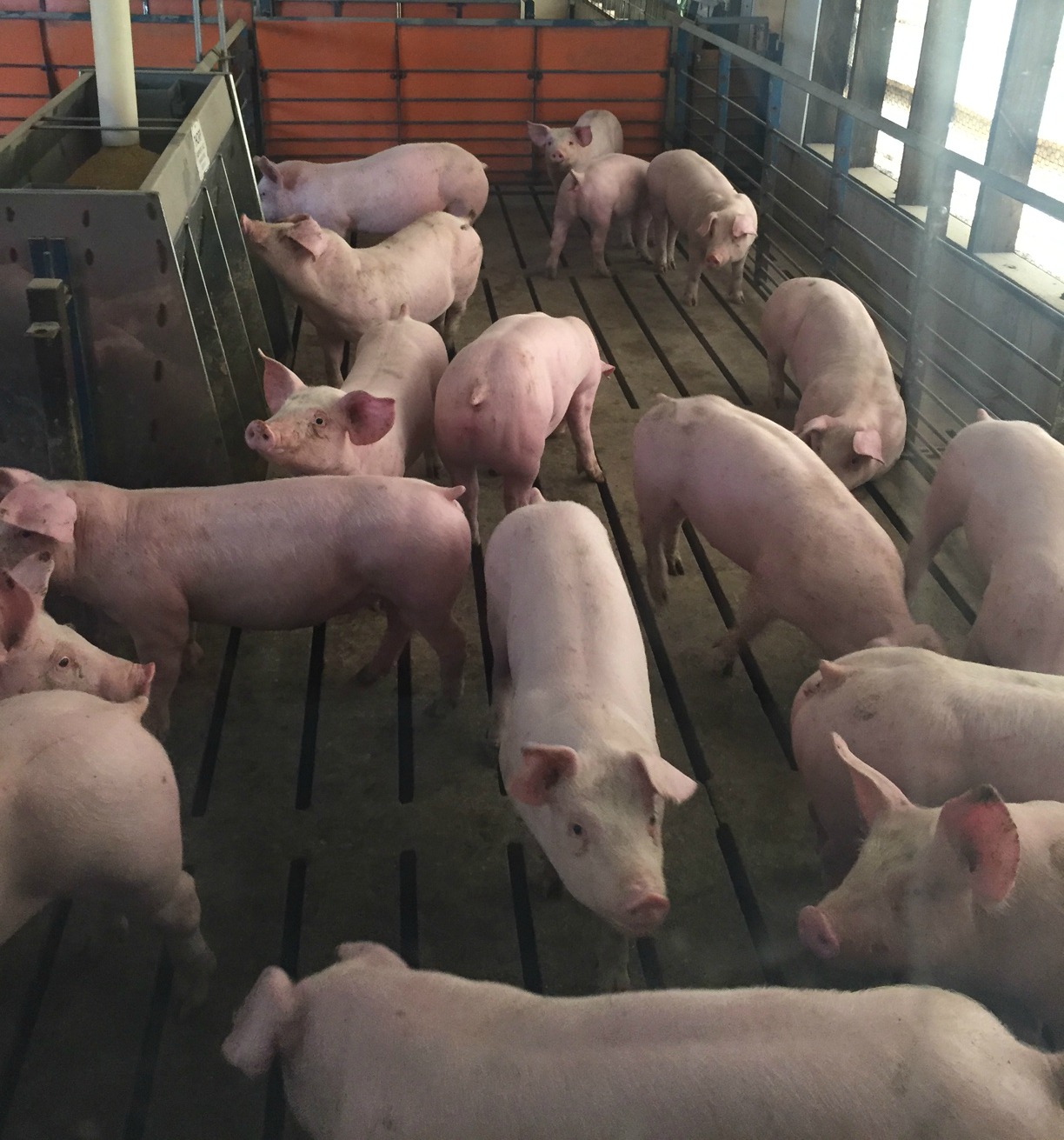 After that, we visited the larger hogs in a location where they’ll be at until they’re ready. These guys were equally adorable but I wasn’t able to go in with them. They get a little feisty and are a lot bigger.

We also chatted about antibiotics in pork – there is a lot of misinformation out there – when these guys are given antibiotics – it’s for a reason and it’s done by a vet. Testing is always done to be sure the antibiotics are out of their system before they enter the food supply. 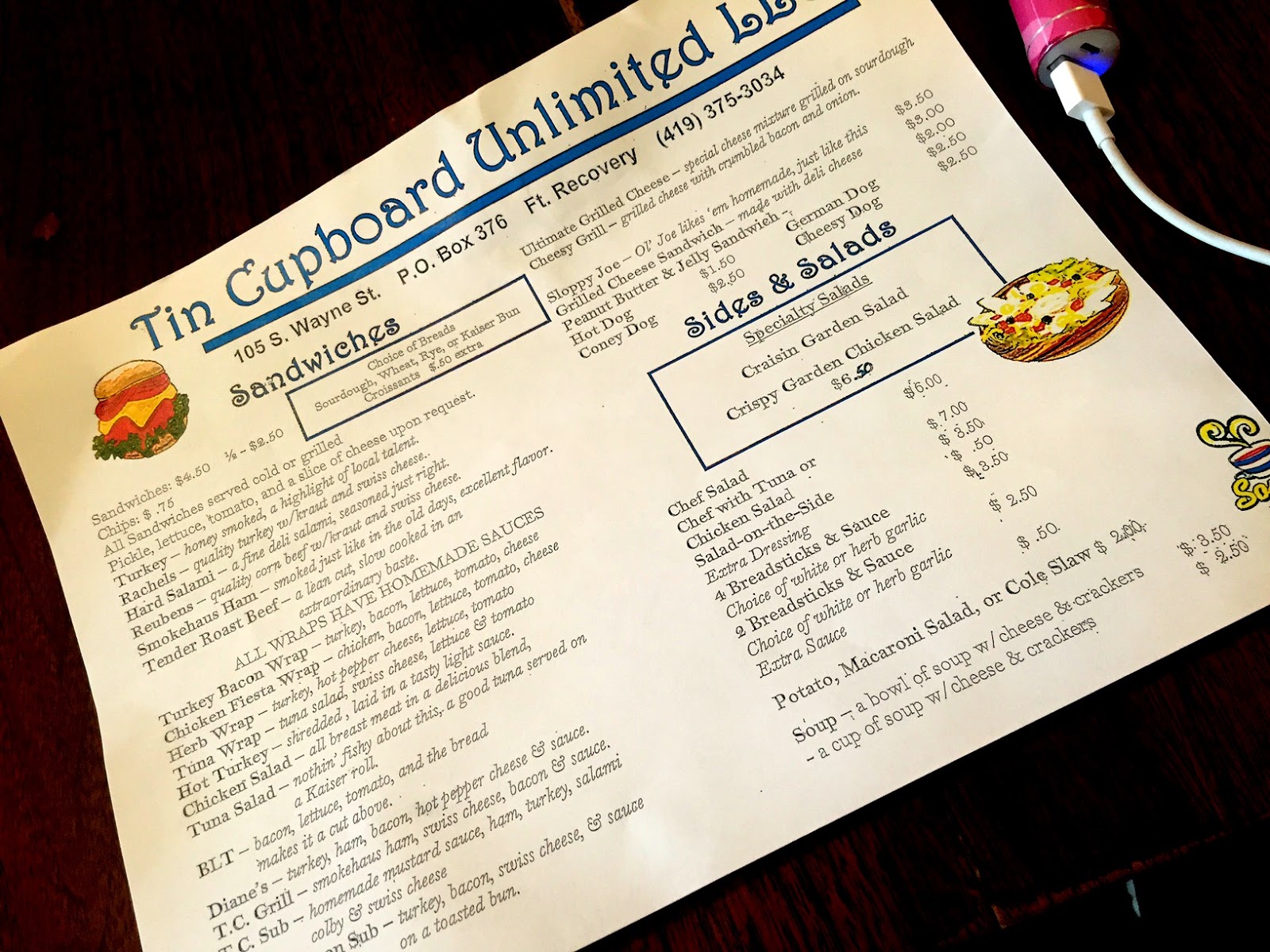 After I learned all that and spent time with the pigs – I was hungry! So we stopped by the Tin Cupboard for lunch. 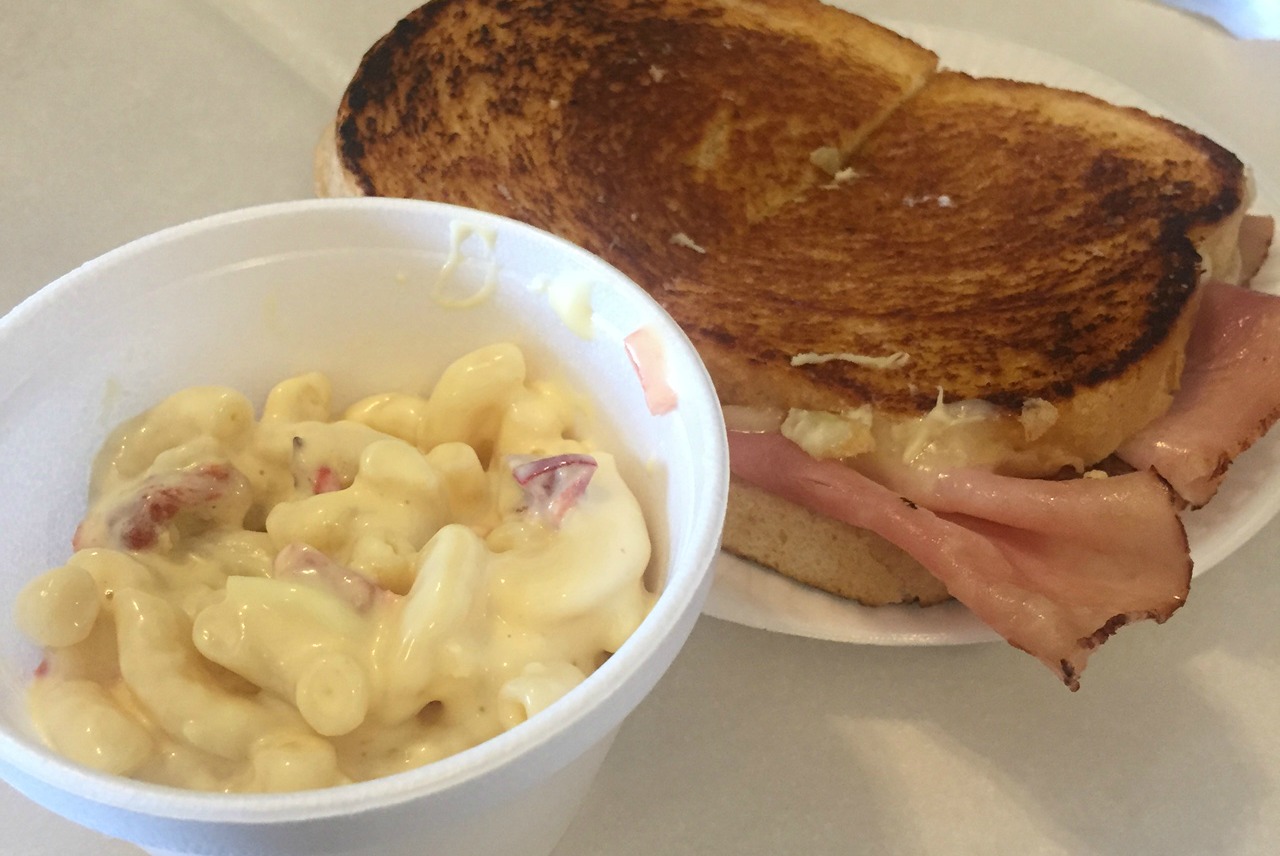 I had to get pork after all that so I I tried the hot ham & cheese sandwich with a side of macaroni salad.

Tin Cupboard is a cute little spot – it’s nothing fancy but it’s homemade and that’s always welcoming. I hear they have great desserts too! 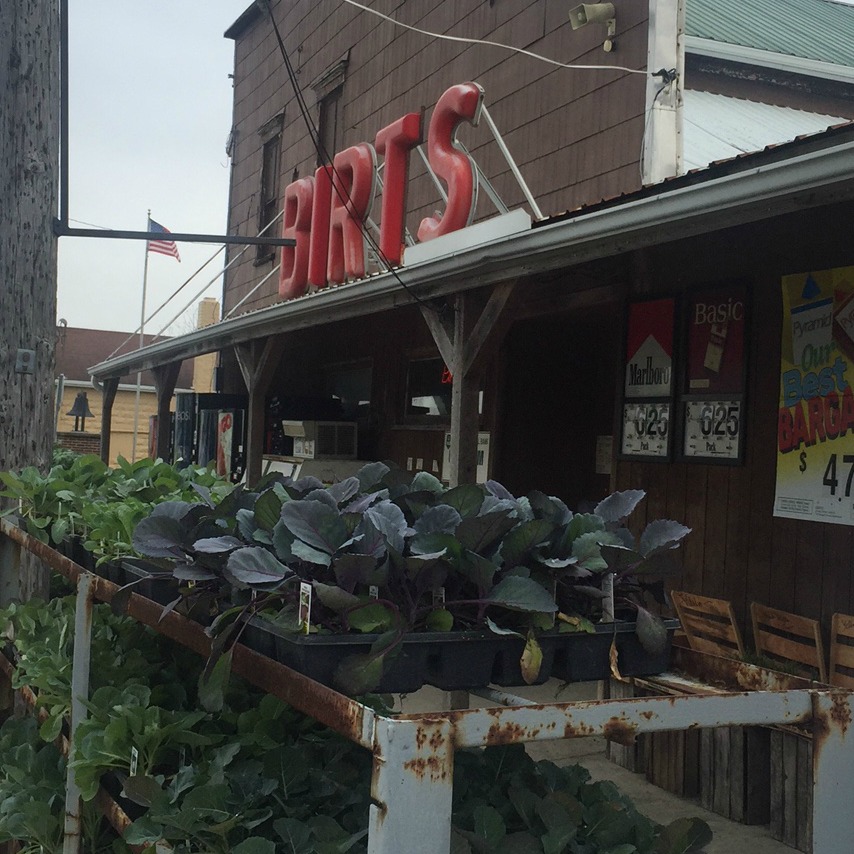 First up was Birts – I heard “wall of candy” and had to go. It’s a cute little place that’s obviously been there forEVER. They had fresh plants outside and a little general store inside. 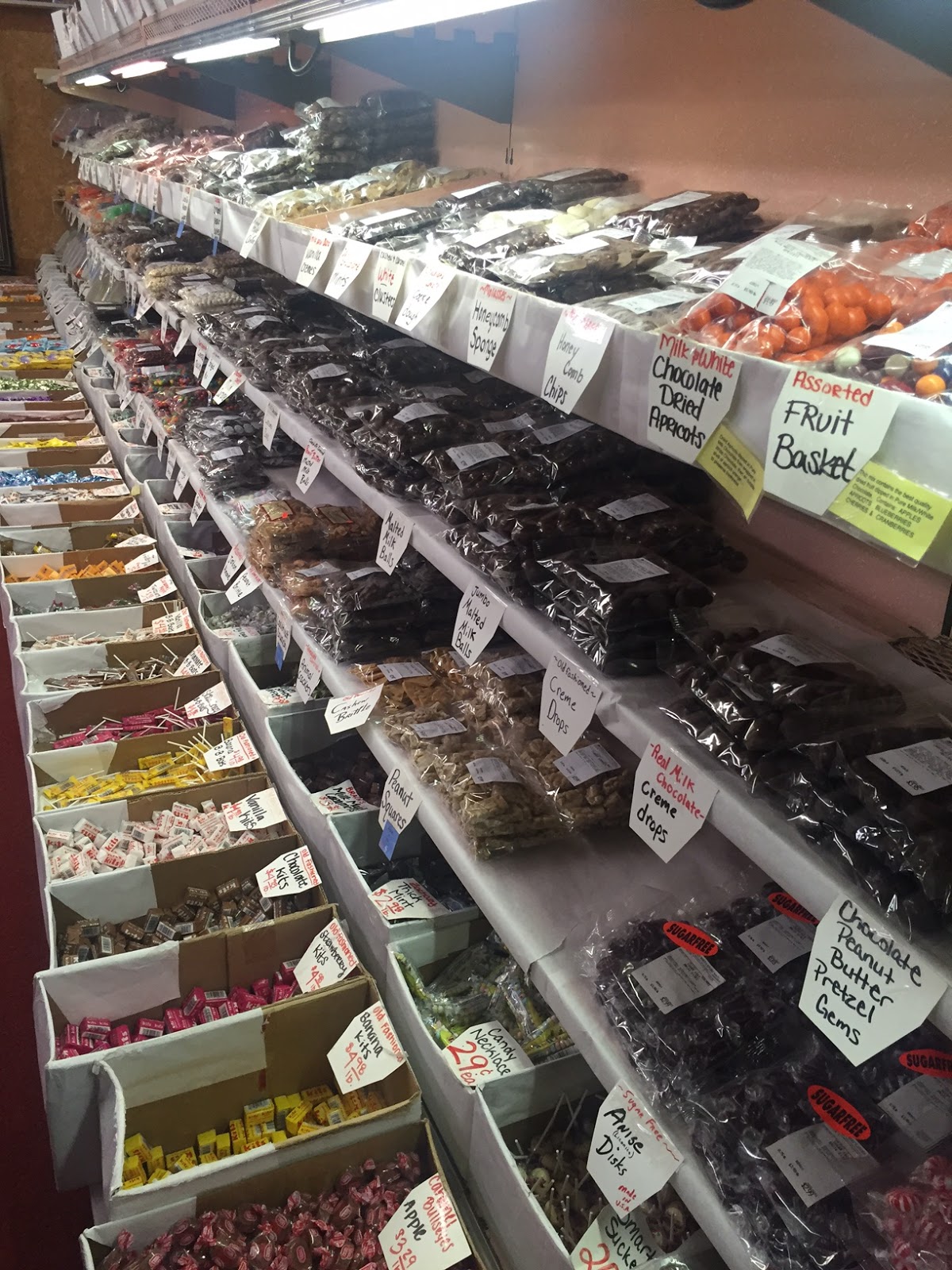 Wall of candy was right!!!! We picked up a few things for the road. 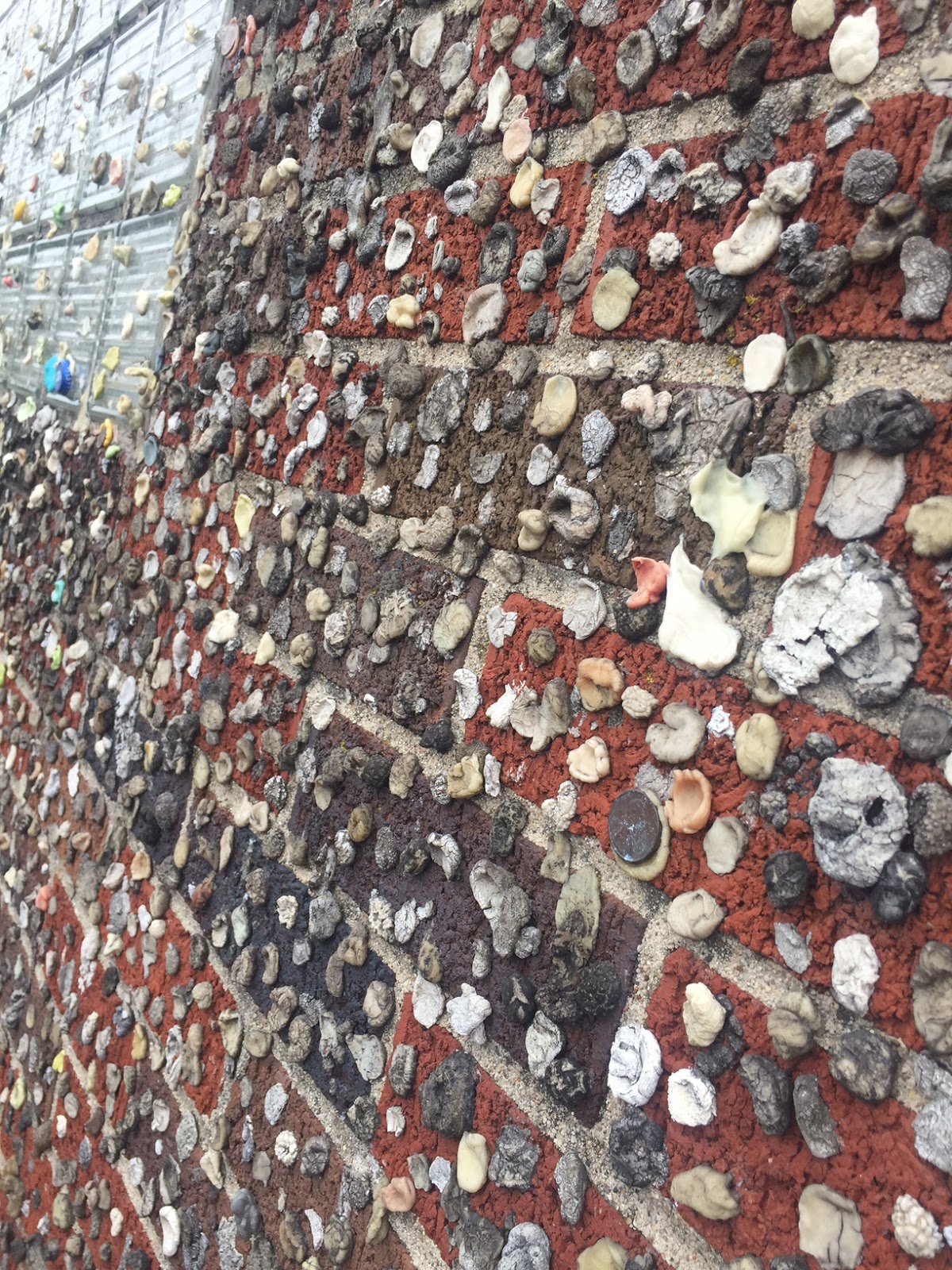 After Birts, we stumbled upon a wall of gum! (ew) Where was this amazing site? 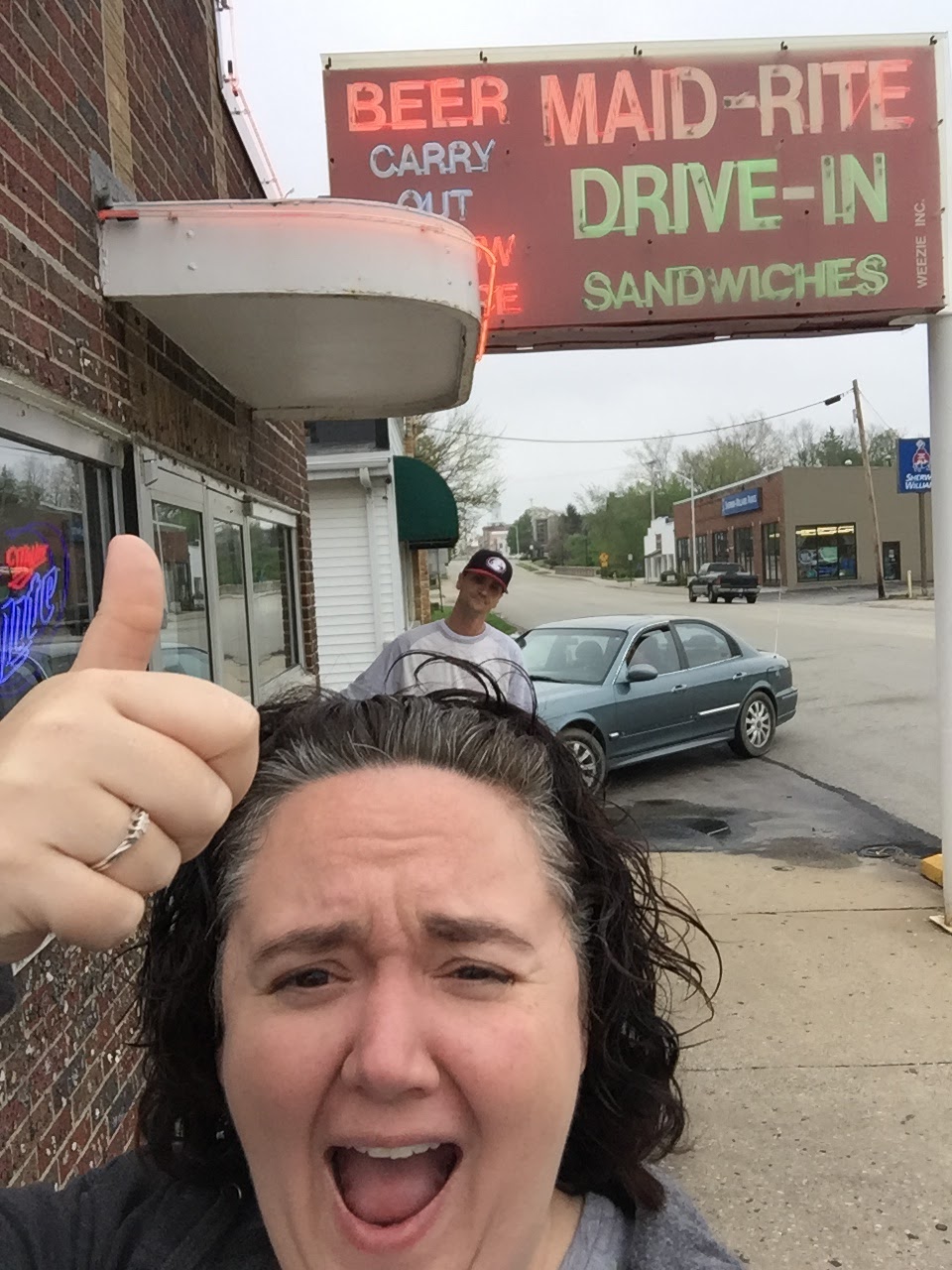 Outside the Maid Rite in Greenville of course. Now as an Iowan – I’m always up for a Maid Rite! So yes – even though I just ate lunch – I made room for a couple of Maid Rites as well. 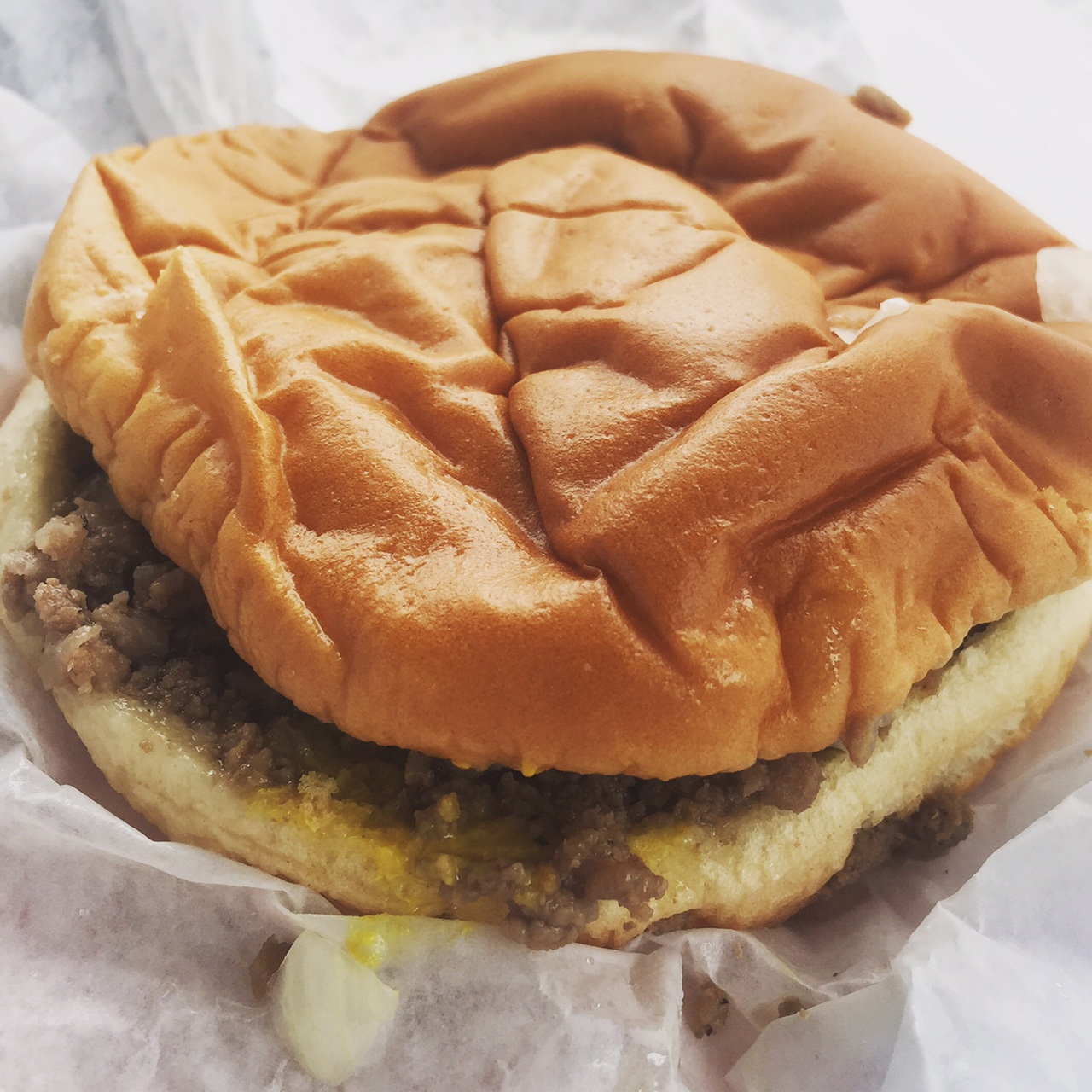 Maid Rites are something very special to all Iowans – if you want to learn to make them – check out this video I did on Local 12 – but you can always head up to Greenville and get one there as well. 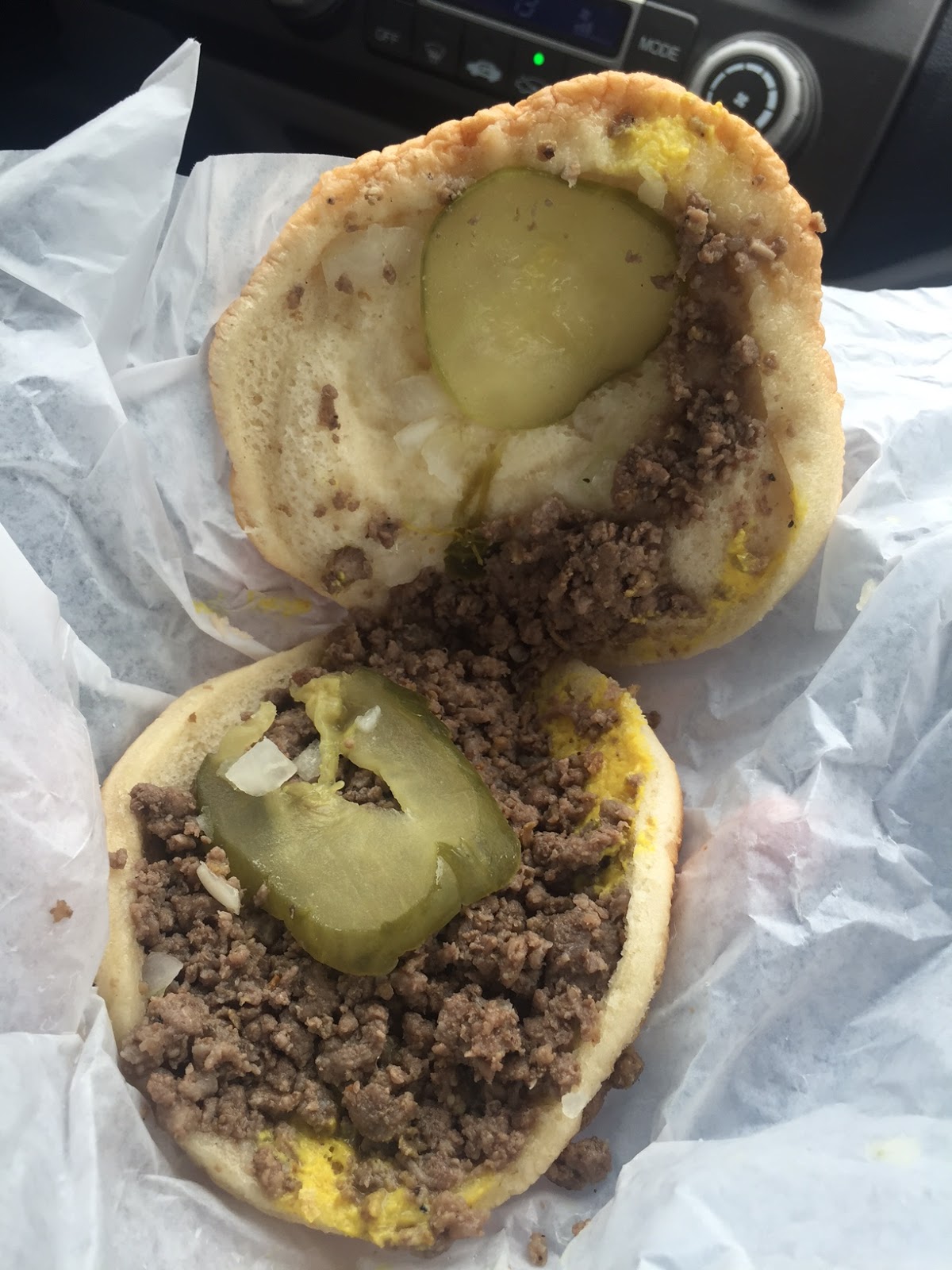 It’s a blend of seasonings with hamburger and then smacked on a bun with onions, pickle and mustard. (I also like ketchup on mine.) It maybe not seem like anything too exciting but remember – you people came up with Skyline!

All in all – I had a great day – exploring the countryside of Fort Recovery (it’s a couple hours north on the Ohio/Indiana border). I learned a lot and ate a considerable amount as well.