Subscribe
Let me tell ya – not every photo in this post will look delicious. But when the end product contributes to this: 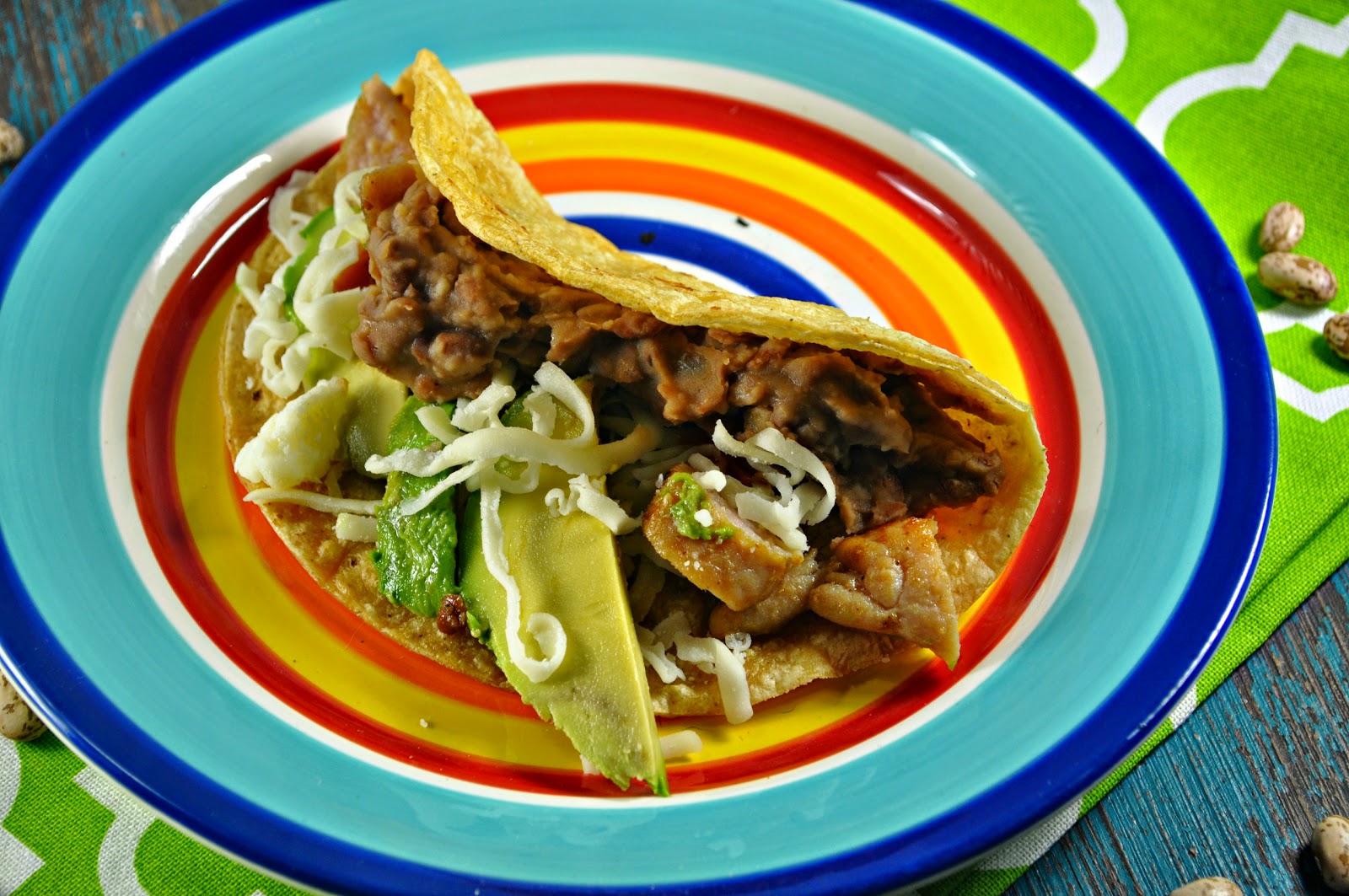 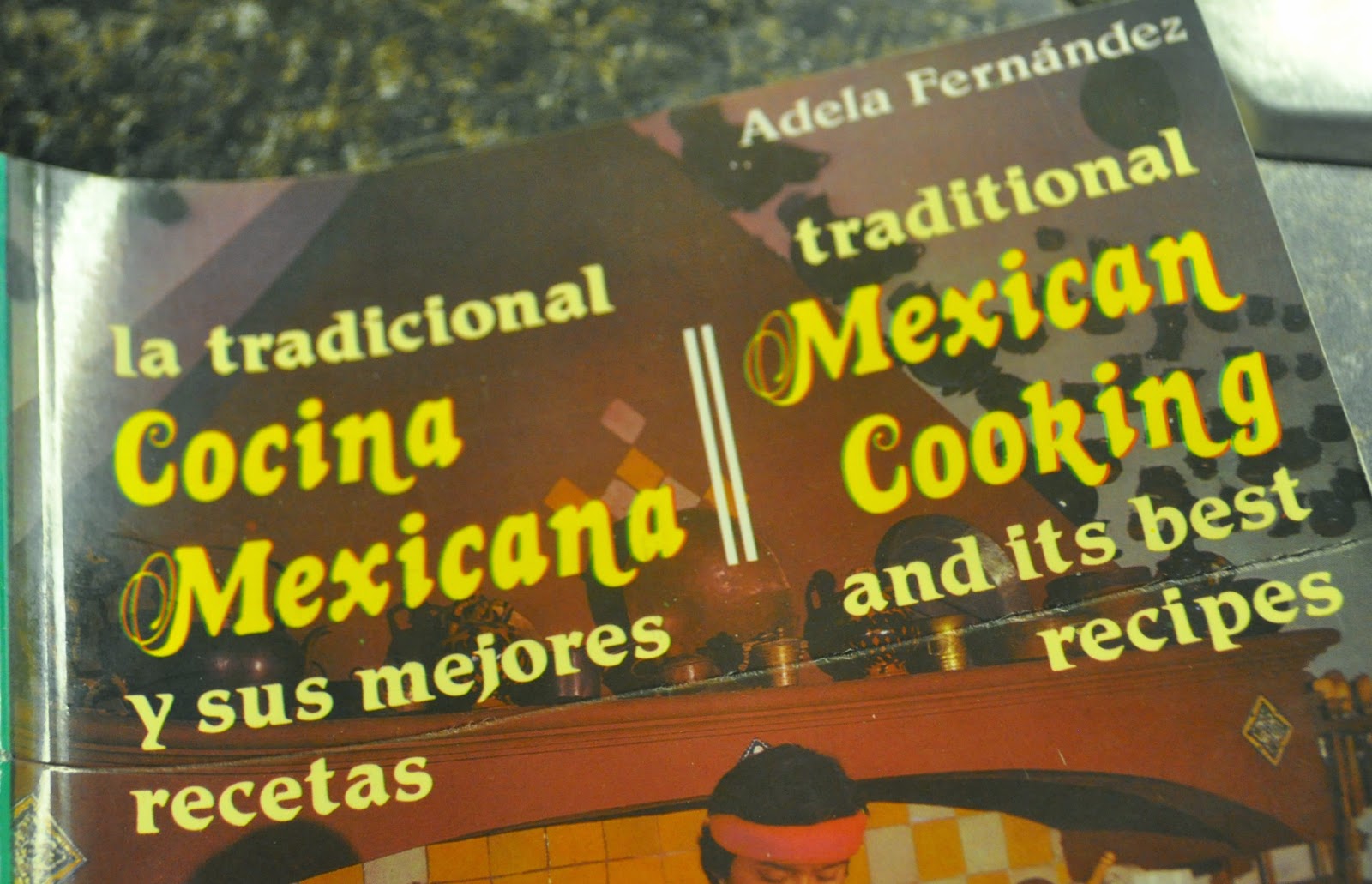 My coworker Belinda is from Mexico and we’re always talking about Mexican food and how much I love it. I’m always wanting her to give me traditional recipes. Lucky for me – over the holidays – she went back to Mexico and brought me back a present! Now for someone else – she brought back a giant bottle of tequila. But for me – this awesome cookbook!

Why is it so awesome? It’s bilingual and Belinda said it’s very authentic – so guess what? I’m sold! 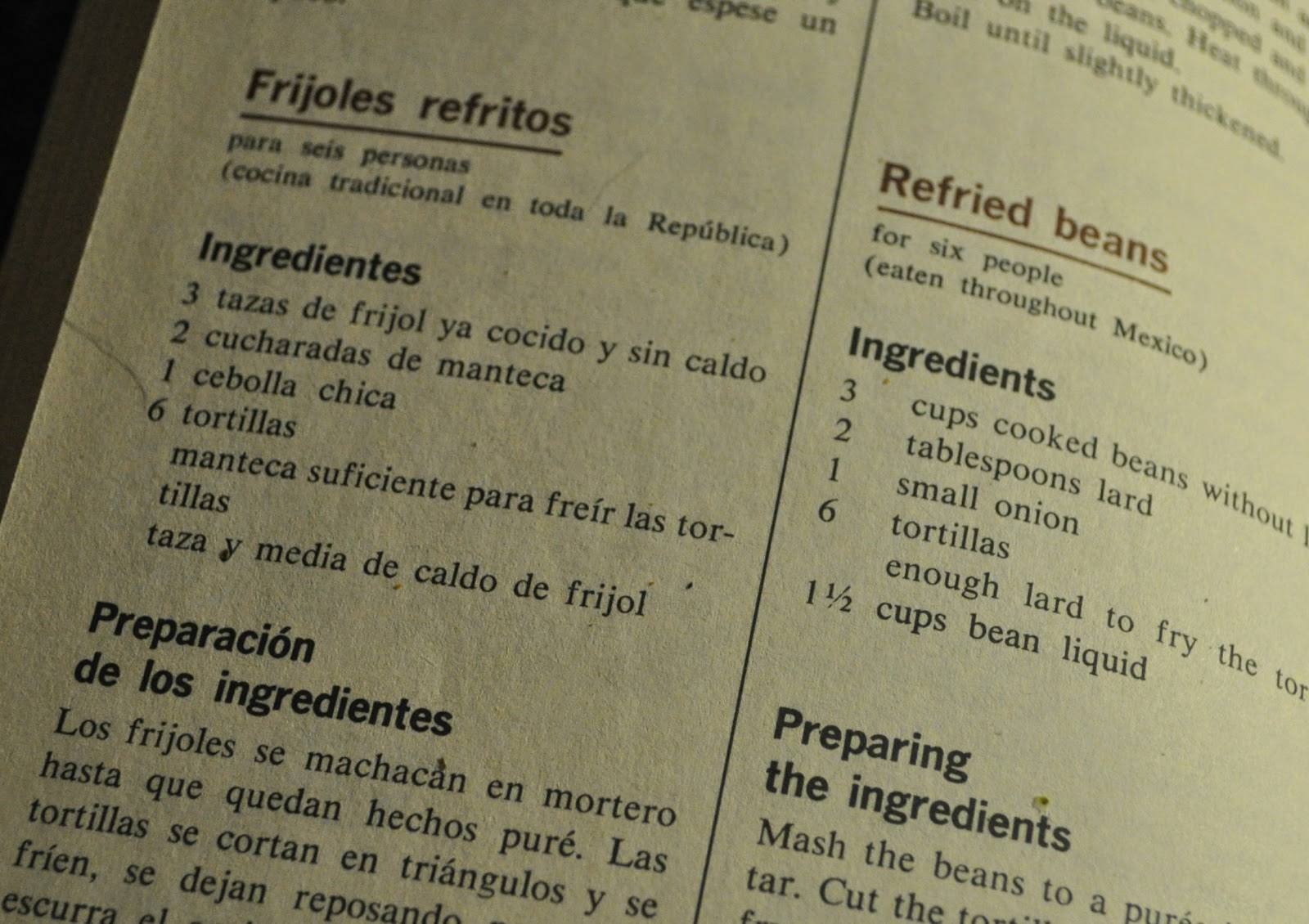 I decided to start out with refried beans. I love that the recipes are in Spanish & English. It’s kind of fun reading the Spanish and it reads like a church recipe book – not everything has measurements, some of it you have to figure out by looking at both, there are misspellings here and there. But you know it’s all going to be good! 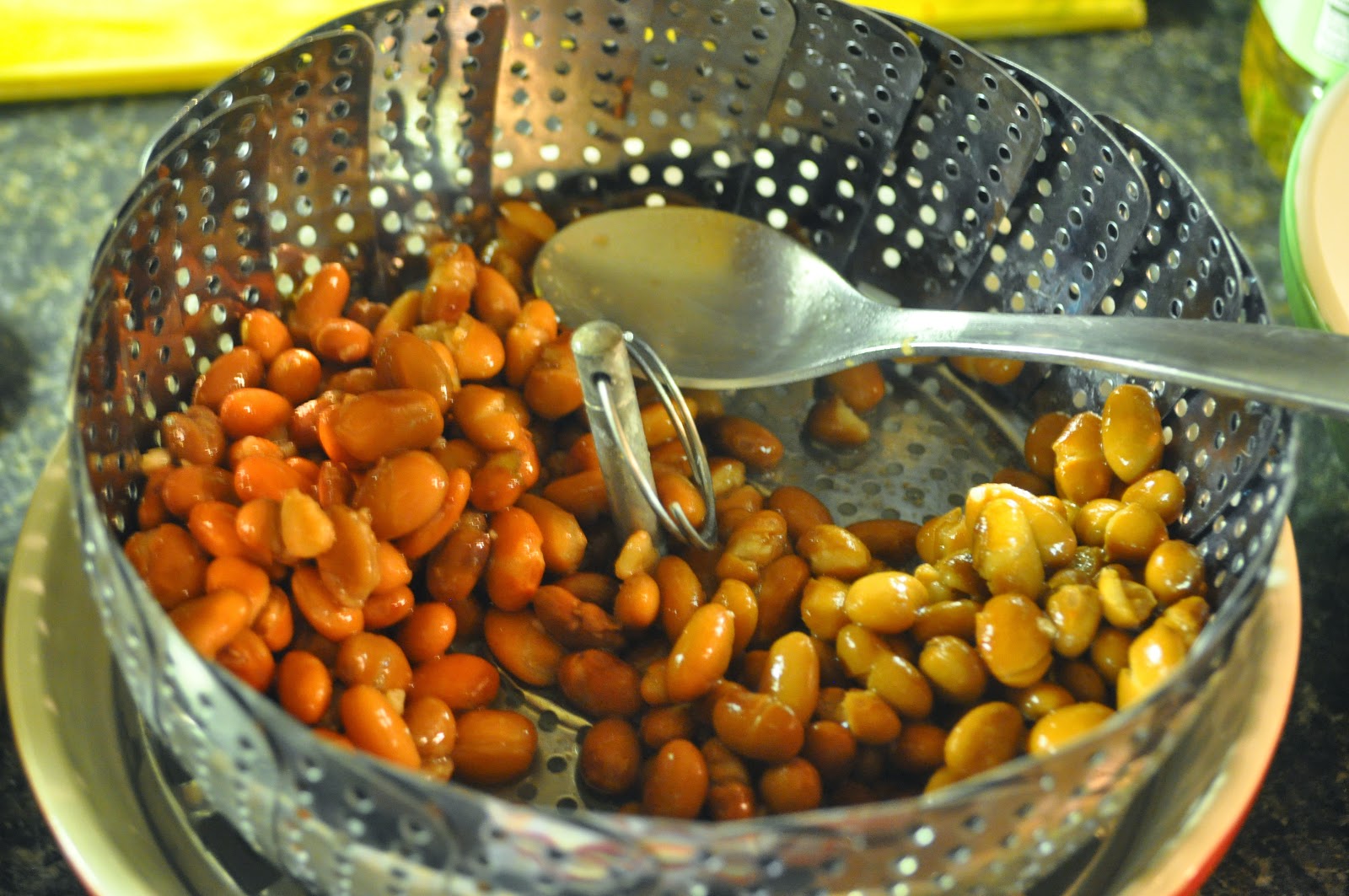 There’s another recipe for actually cooking the beans – so I decided to start off with a semi-homemade and used canned pinto beans. I drained them over a bowl because apparently the bean cooking liquid/juice is very important. 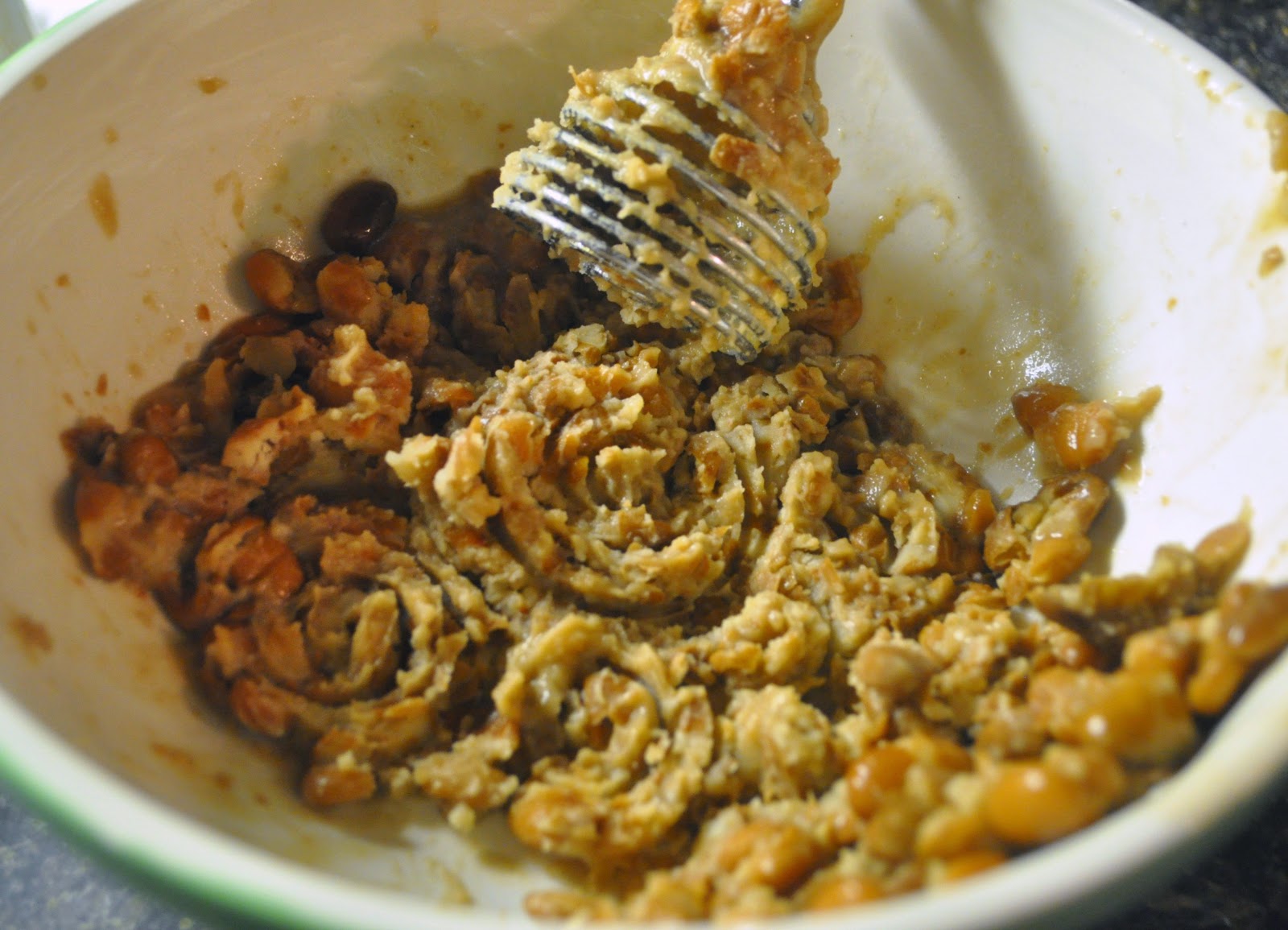 After draining the beans – I mashed them. I realized at this point – I don’t know where my masher went. Luckily I had some sort of springy boingy whisk thing so I used that and it worked! I mashed away until they were all mashed. 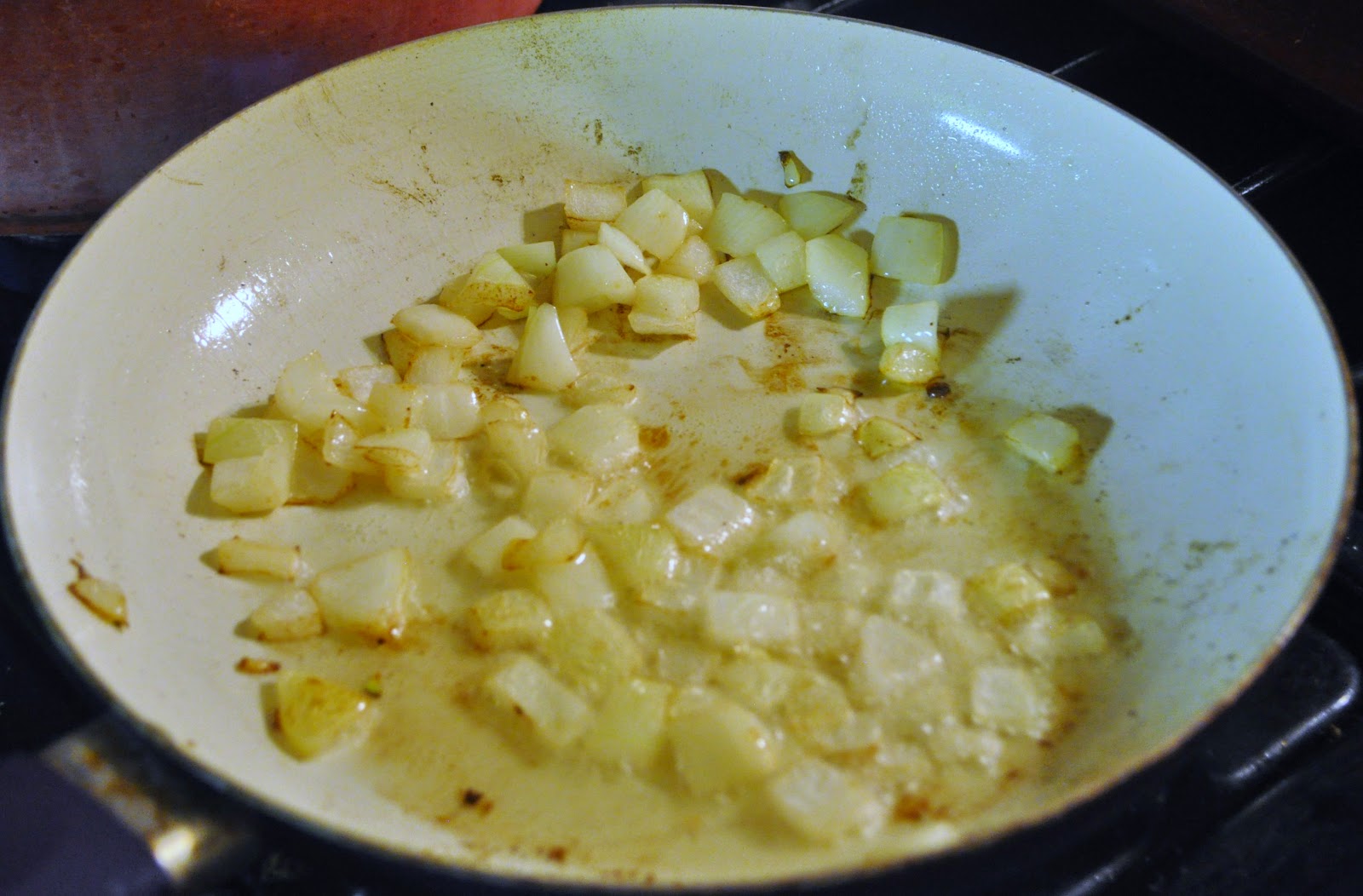 I sauteed onions – I didn’t have lard so I just used vegetable oil. I’m sure the lard would be better – I need to find some. I figure the meat market will have it.

Now at this point – I’m going to interject with a photo from Instagram (credit to eward18) – this is what I think of when I hear “refried beans” – right?

So at this point – in my recipe – I had to add my mashed beans into the sauteed onions. I’ll warn you – they look kinda like the ones up there from the can. I was hoping they wouldn’t end that way! 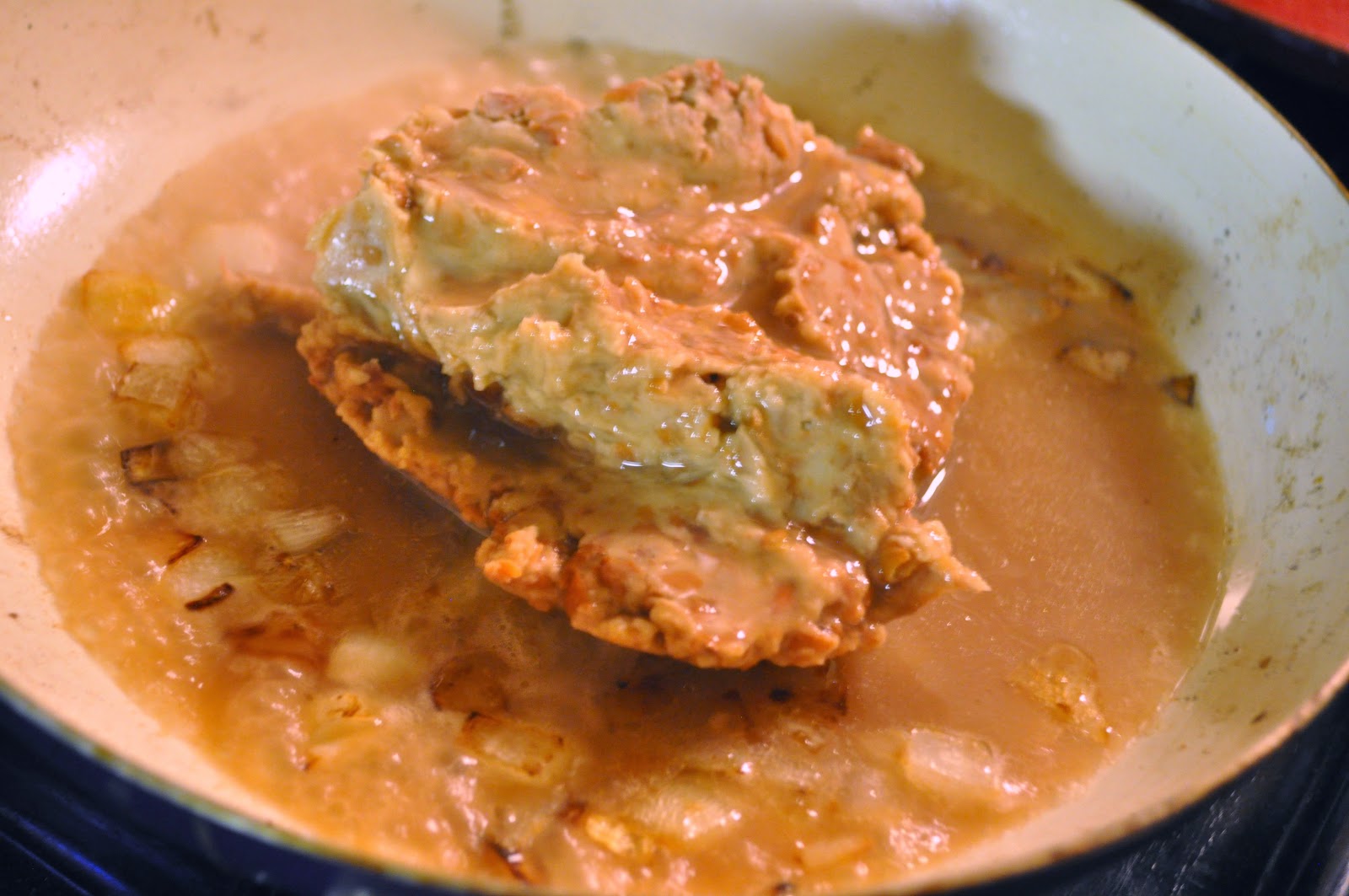 Here it is – yikes! You also add in the juice. By the recipe I calculated that if you have 1 cup of beans you use 1/2 cup bean liquid. I just poured out 1/2 cup from the canned beans. I didn’t want to make a huge vat of them until I knew they were good – plus I think they’re better fresh. 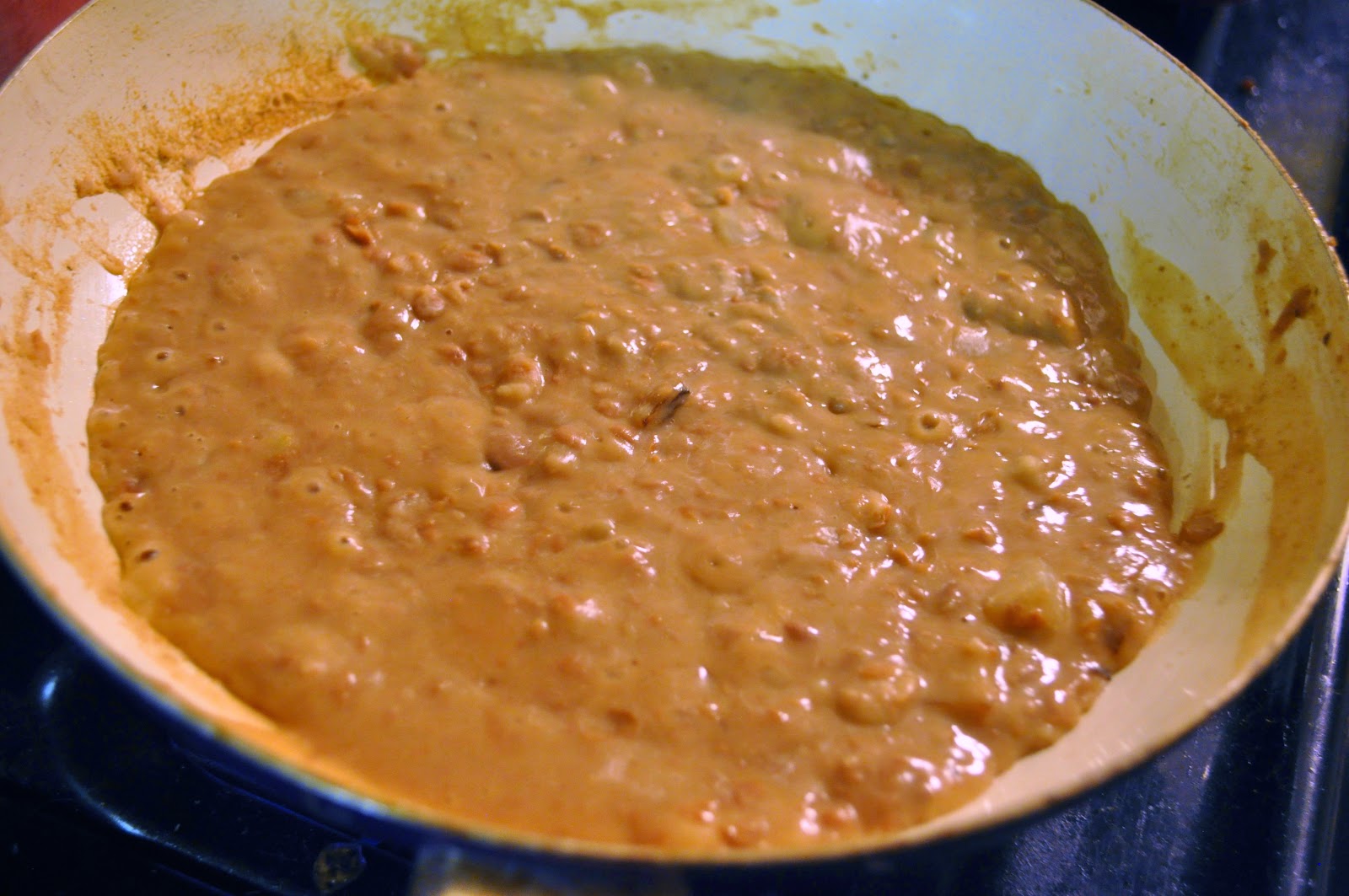 Once you stir it together – the juice really thins out the beans. They almost seemed watery! I was afraid I messed up! But – stir stir stir and they’ll thicken up very quickly. I would err on the side of a little thinner because they thicken up as they sit. 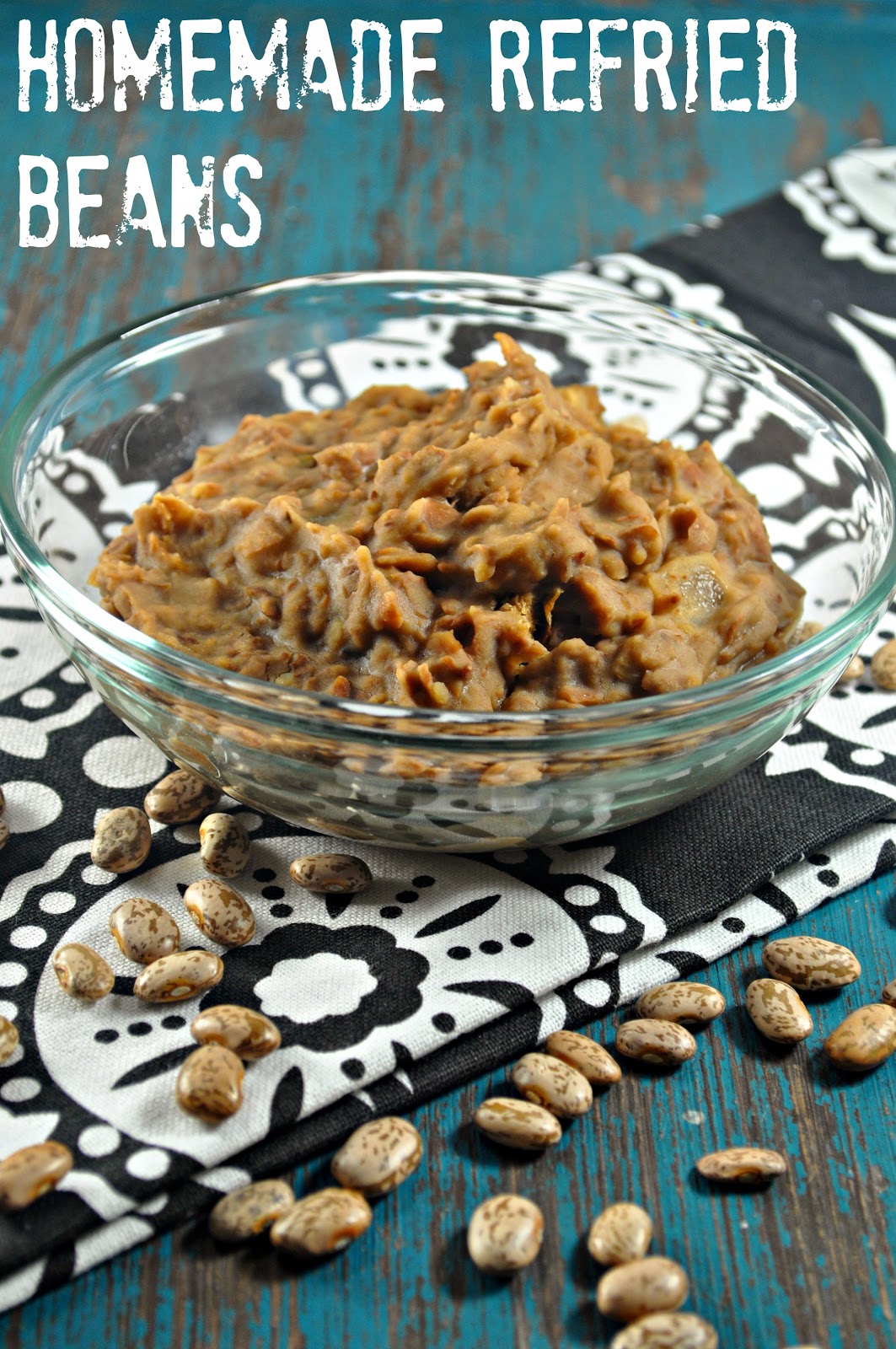 But there you have it – homemade refried beans! They look pretty good. They tasted even better! 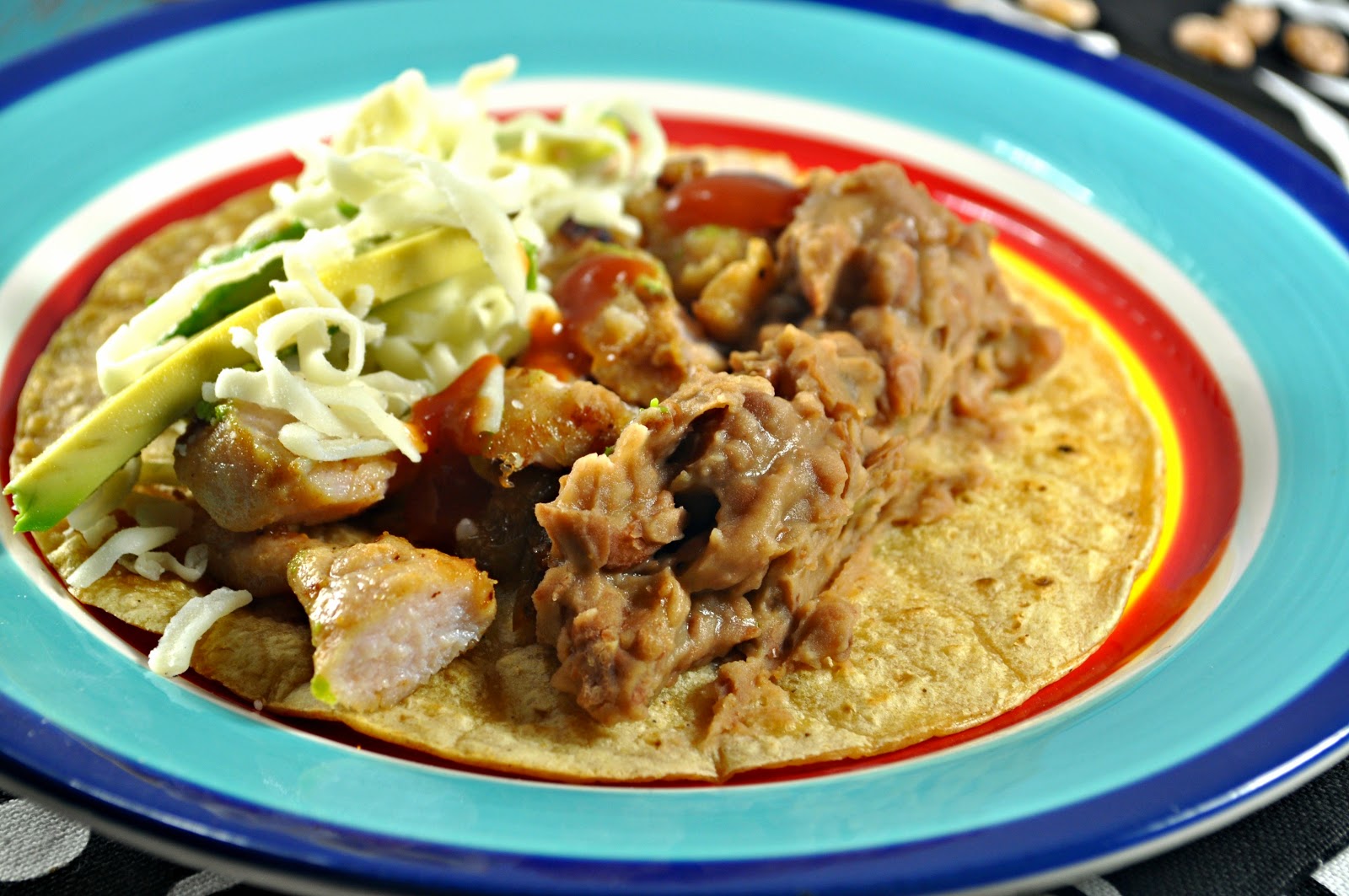 I made some tacos that night with pork tips, avocado, quesadilla cheese, corn tortillas and my homemade refried beans! MMMMMMMMMMM. 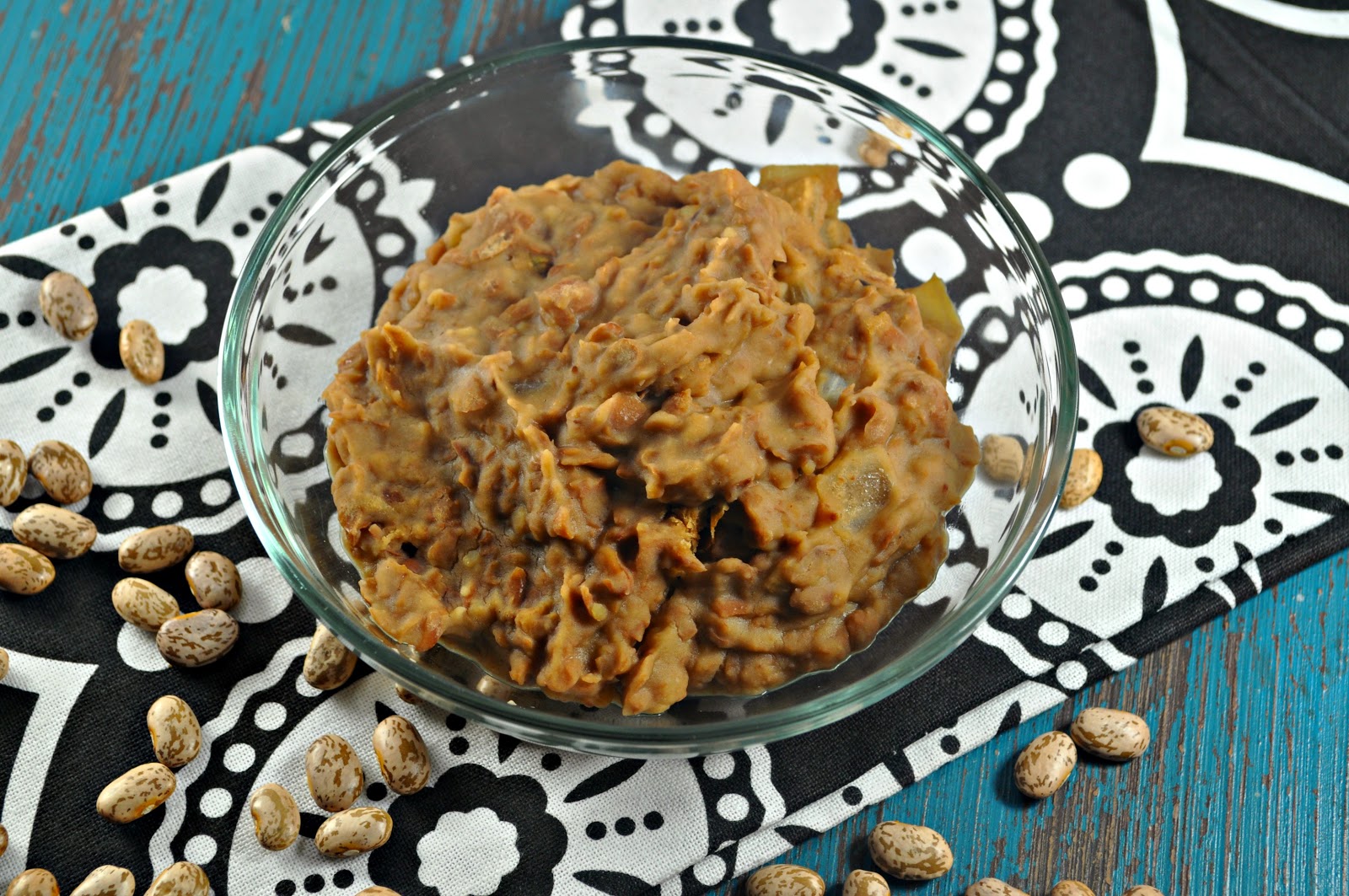