Subscribe
There’s only one way to celebrate National Donut Day: 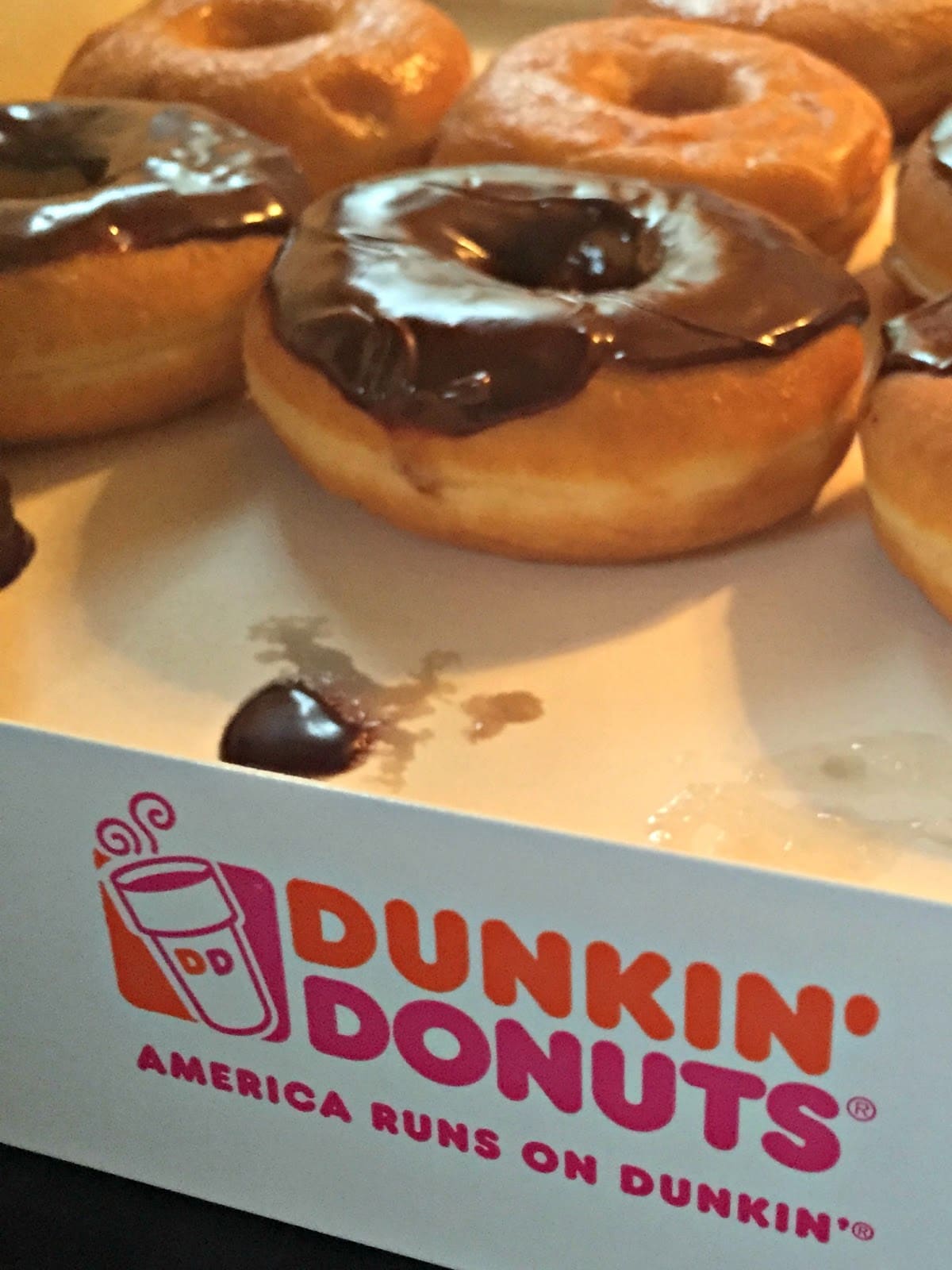 with Dunkin’ Donuts!!!
They have a great offer for a free donut with the purchase of a beverage on June 5!
Because my husband’s eyes are bigger than his stomach – he always gets more donuts than he can eat. Because of that – I had a head start on donut day to see what I could whip up with the leftovers and I came up with a chocolate chip bread pudding idea! 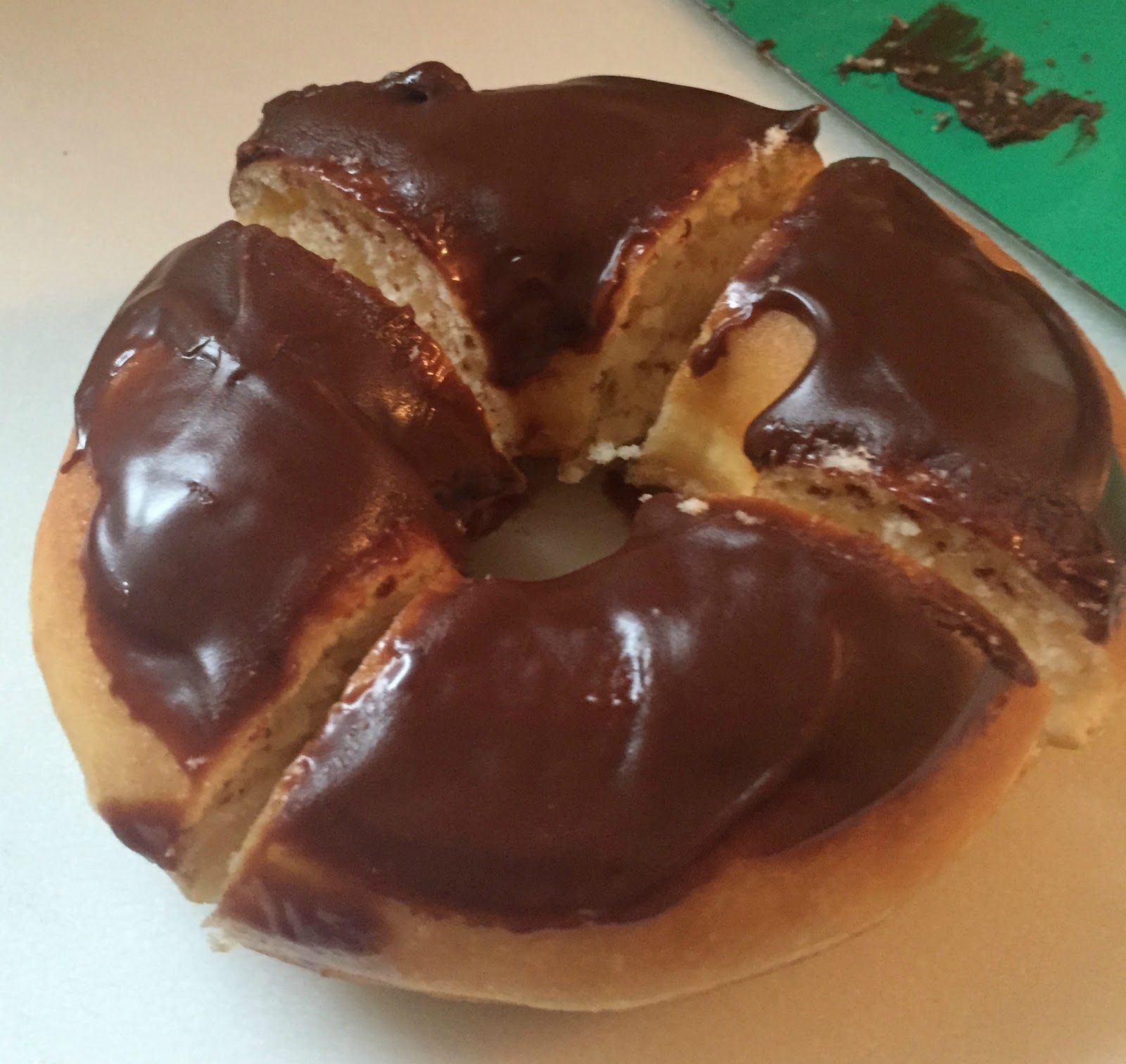 First – chop up leftover donuts into 8 pieces. You’ll want to use glazed donuts (not cake) – but feel free to use the plain or chocolate frosted. 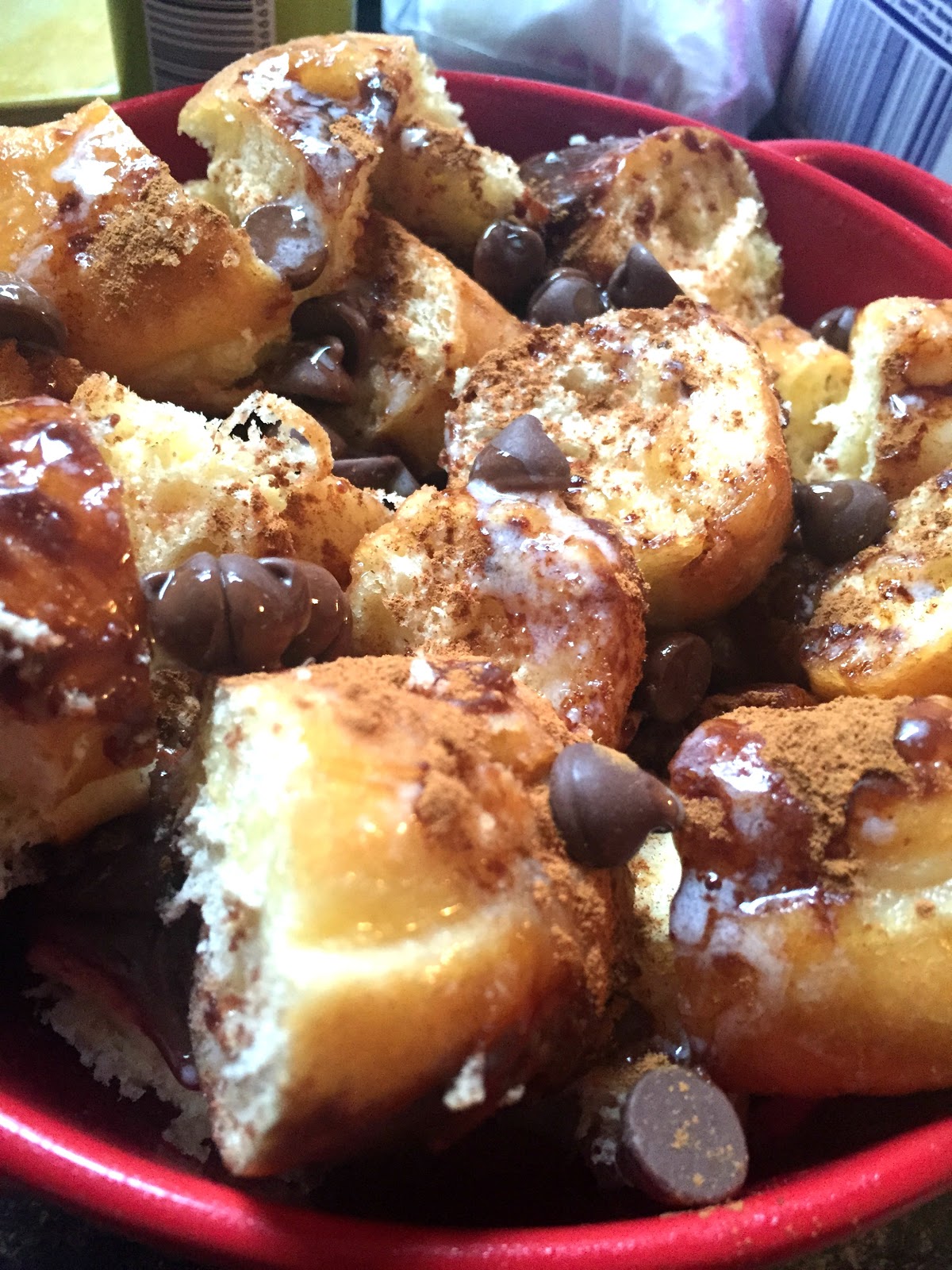 Next up – load your (greased) baking dish up. I have these small dishes and 3 donuts filled them. The full recipe listed below would probably fill up an 8×8 dish. After the donuts are in the dish – sprinkle on cinnamon and chocolate chips. 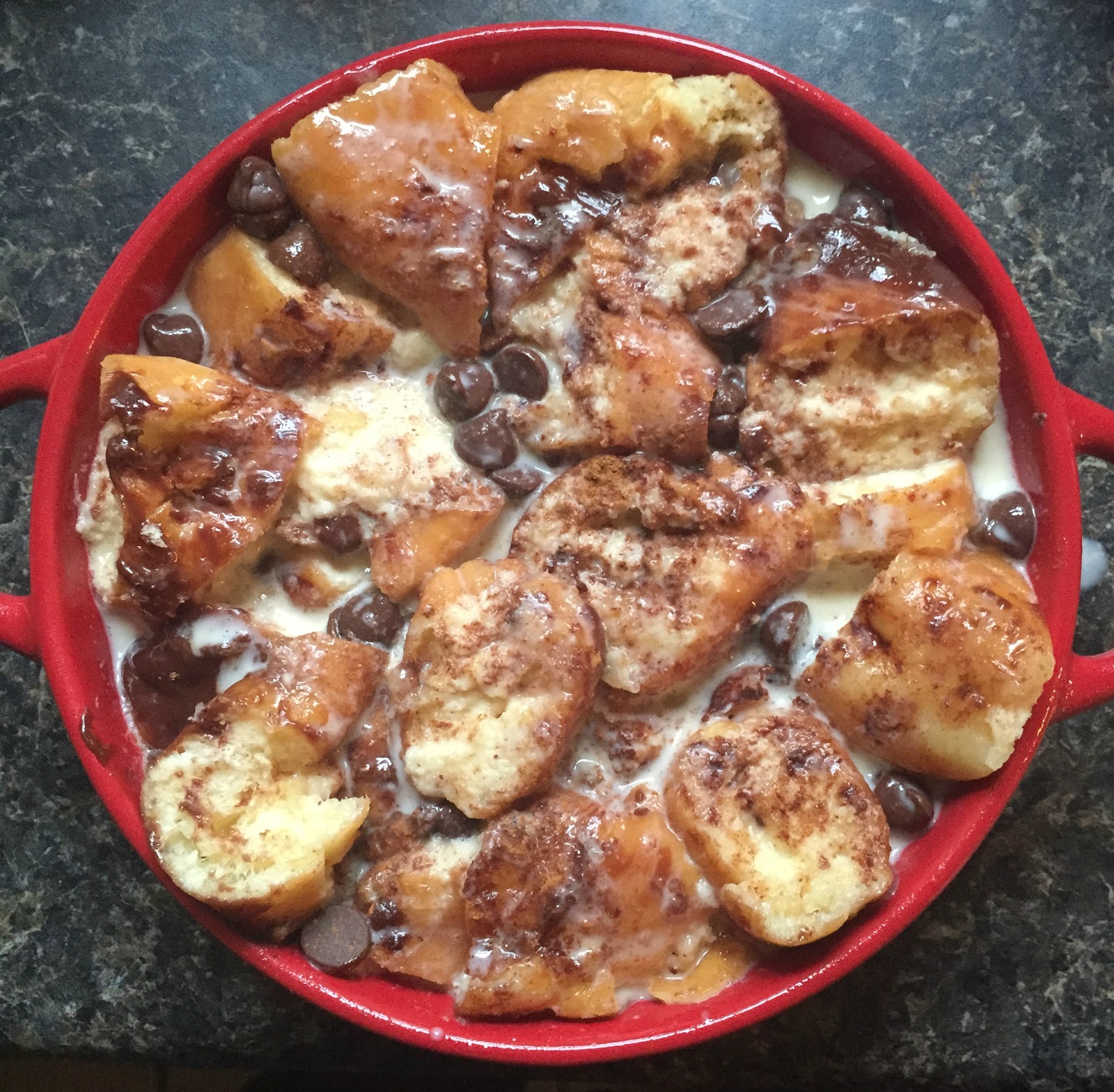 Then you mix together eggs, milk, cream, sugar and vanilla (french toast type of mixture) and whip that all together. Then pour over top of your donuts. I used a spoon to push them down into the egg/cream mixture and let them soak for a few minutes. 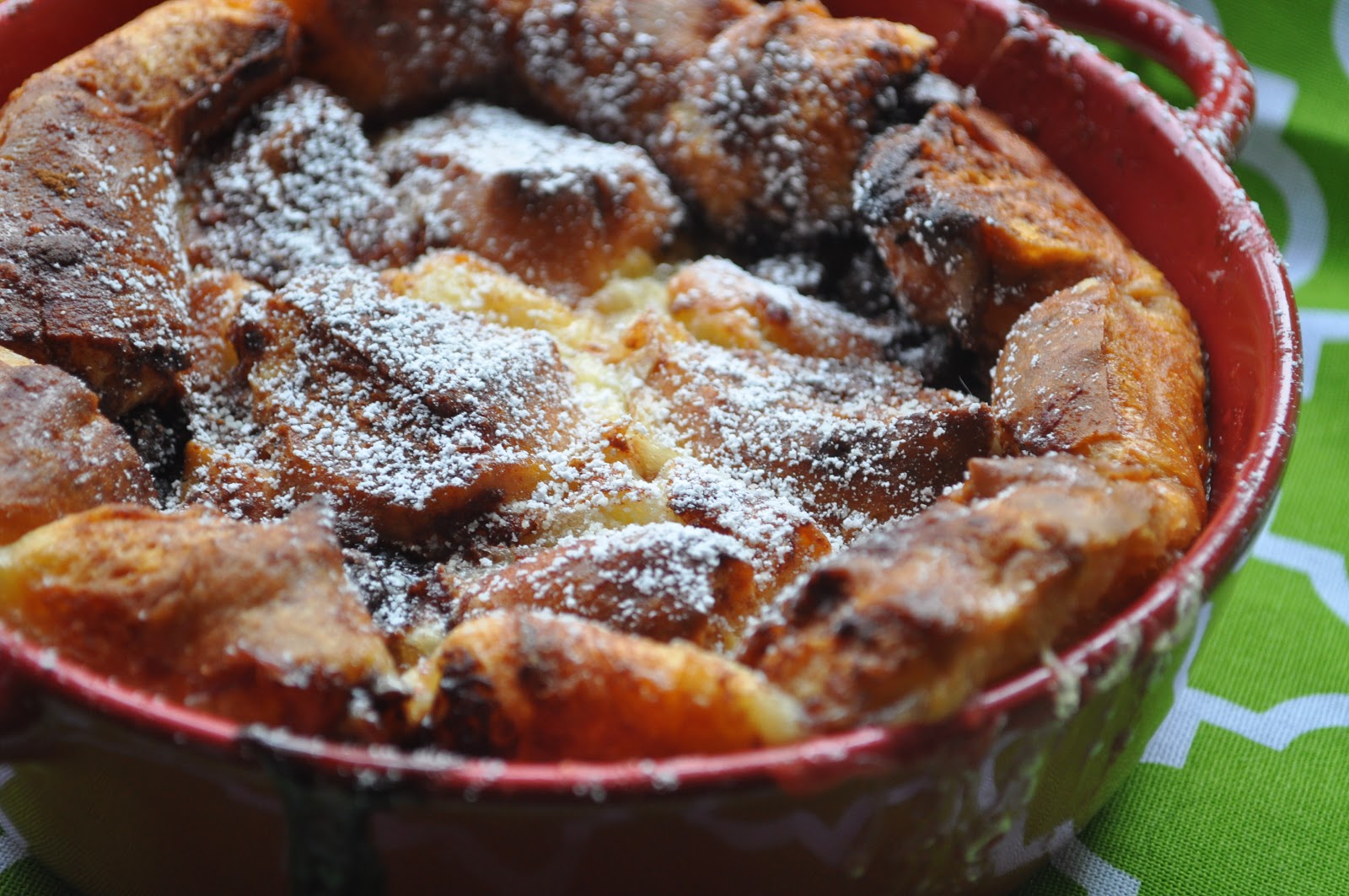 Once it comes out of the oven – let it cool for a few minutes and then sift a little powdered sugar over the top. A lot of times people will make a sauce for bread pudding – but this is so rich – it doesn’t need it! A little bit of powdered sugar is a perfect topping!!

Here I am with the Local 12 crew – Sheila Gray & Bob Herzog were a blast and I can’t wait to go back! As my boss recently pointed out – my mouth is ALWAYS open – so I had to keep it going (it’s not like that was actually NEWS to me!)

And hey – I’d love to have you check out the video of my appearance!

So enjoy National Donut Day and grab a free donut for yourself!