Subscribe
Ever since I went to the Sauerkraut Festival a couple weeks ago – I’ve been dying for cabbage rolls. I had them there and they were sooooo good! So I bought all the stuff and waited for the time to make them. But guess what – I never felt like I had the time! Then I came across a recipe for Cabbage Roll Soup!!! What the what? 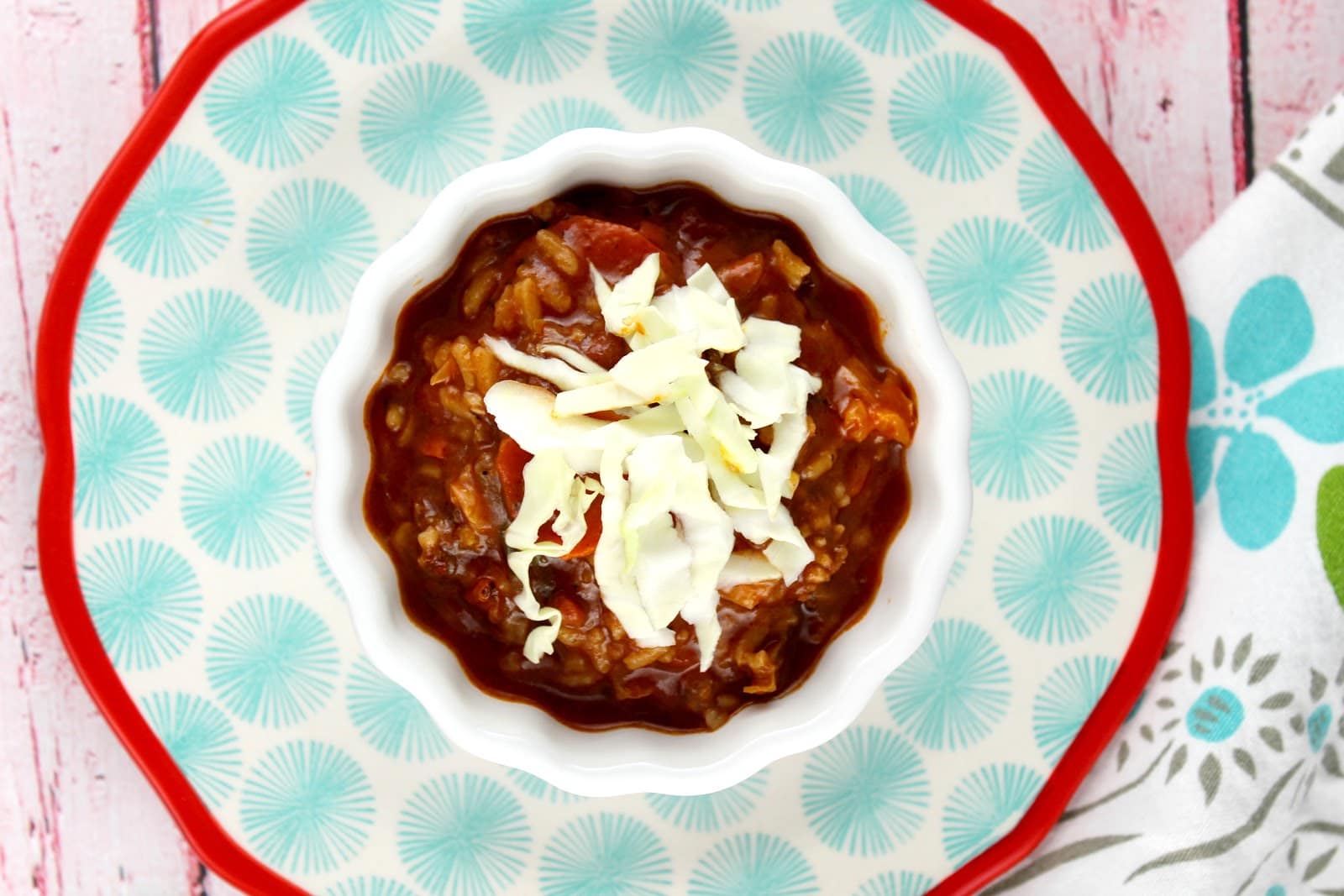 Cabbage Roll Soup is all the wonderfulness of cabbage rolls but so much easier!! No cooking the cabbage first, no stuffing, no rolling – you just throw it all in a pot and go!!! 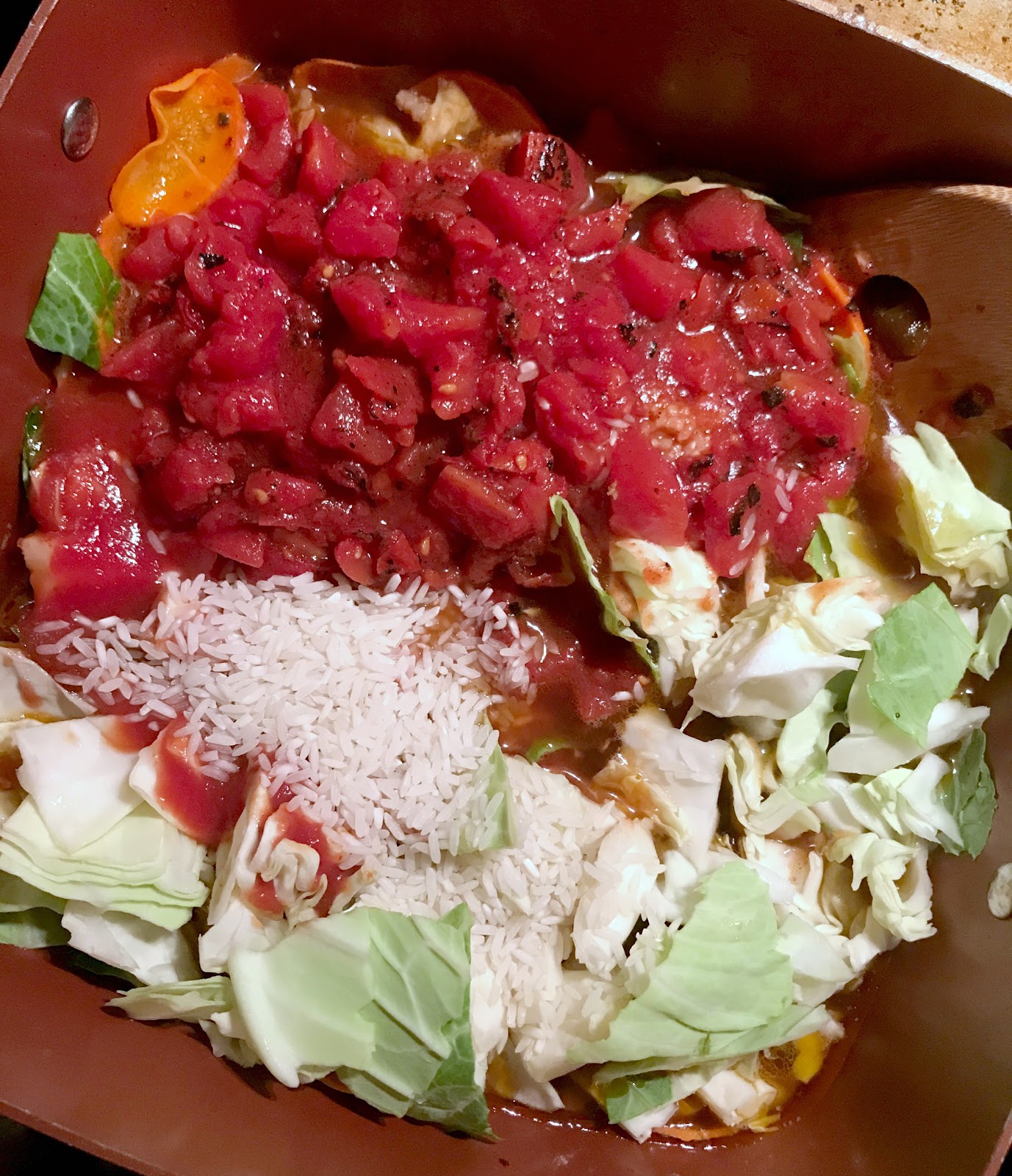 This has all the same great ingredients from Cabbage Rolls. I used the recipe I found on Dinner at the Zoo as a starting point. So what changes did I make? First – I cut the recipe in half! I don’t need to be eating this soup for a month.

Next I used Bob Evans Zesty Hot Sausage instead of hamburger – all the seasonings and a kick – with no work! (Because I cut the recipe in half – I just used a half roll – I’ll use the other half for breakfasts this week!) My other big change was adding Fire Roasted Tomatoes – they have so much flavor and I love chunks of tomato! 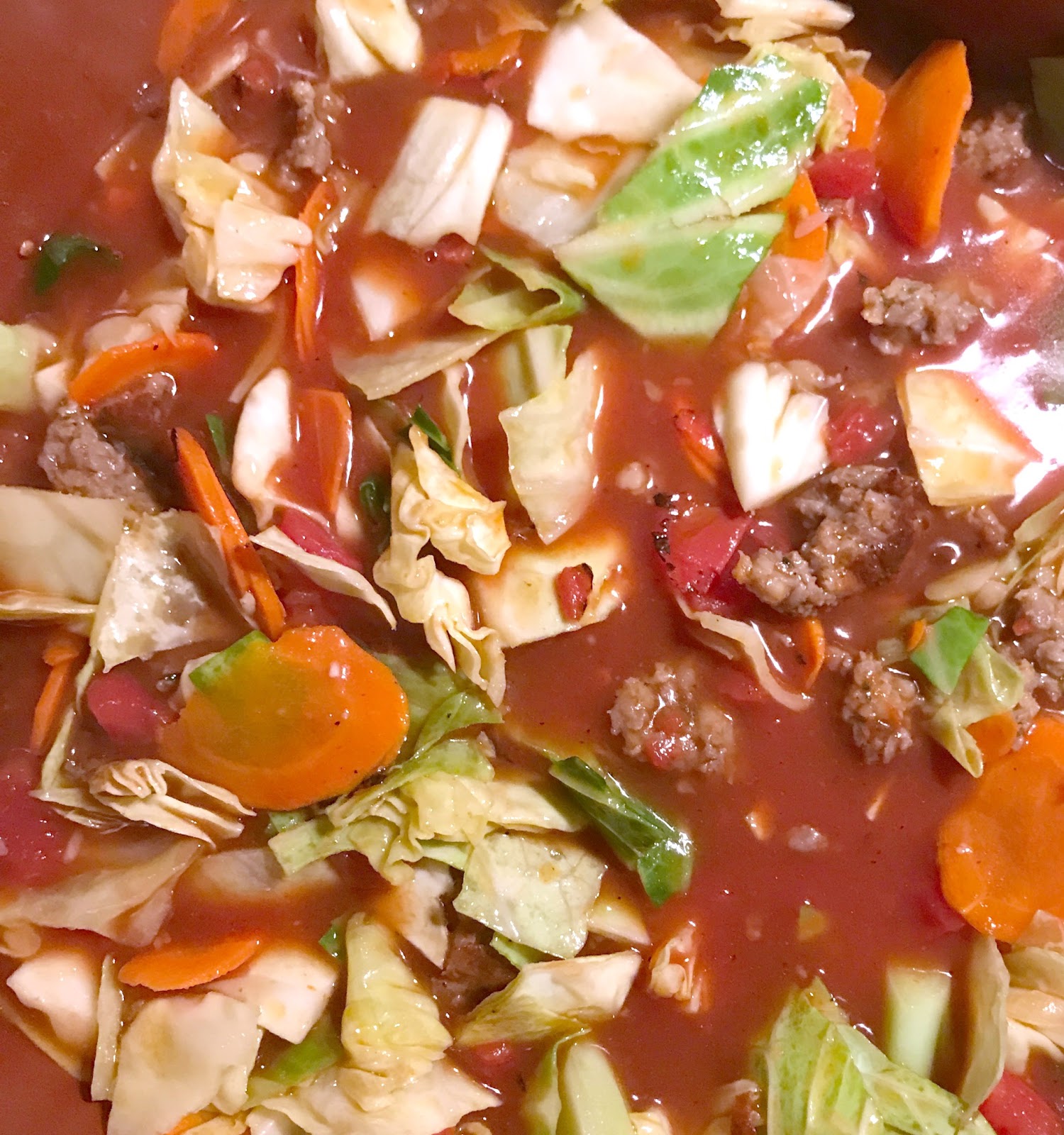 After you brown the sausage, you just toss the rest in the pan! I sliced the carrots on the mandolin so they were super thin. The cabbage – I just cut it in half and chopped it into big chunks. Keep it in the big chunks – when it cooks it softens but the big chunks keep it so it has a bite. 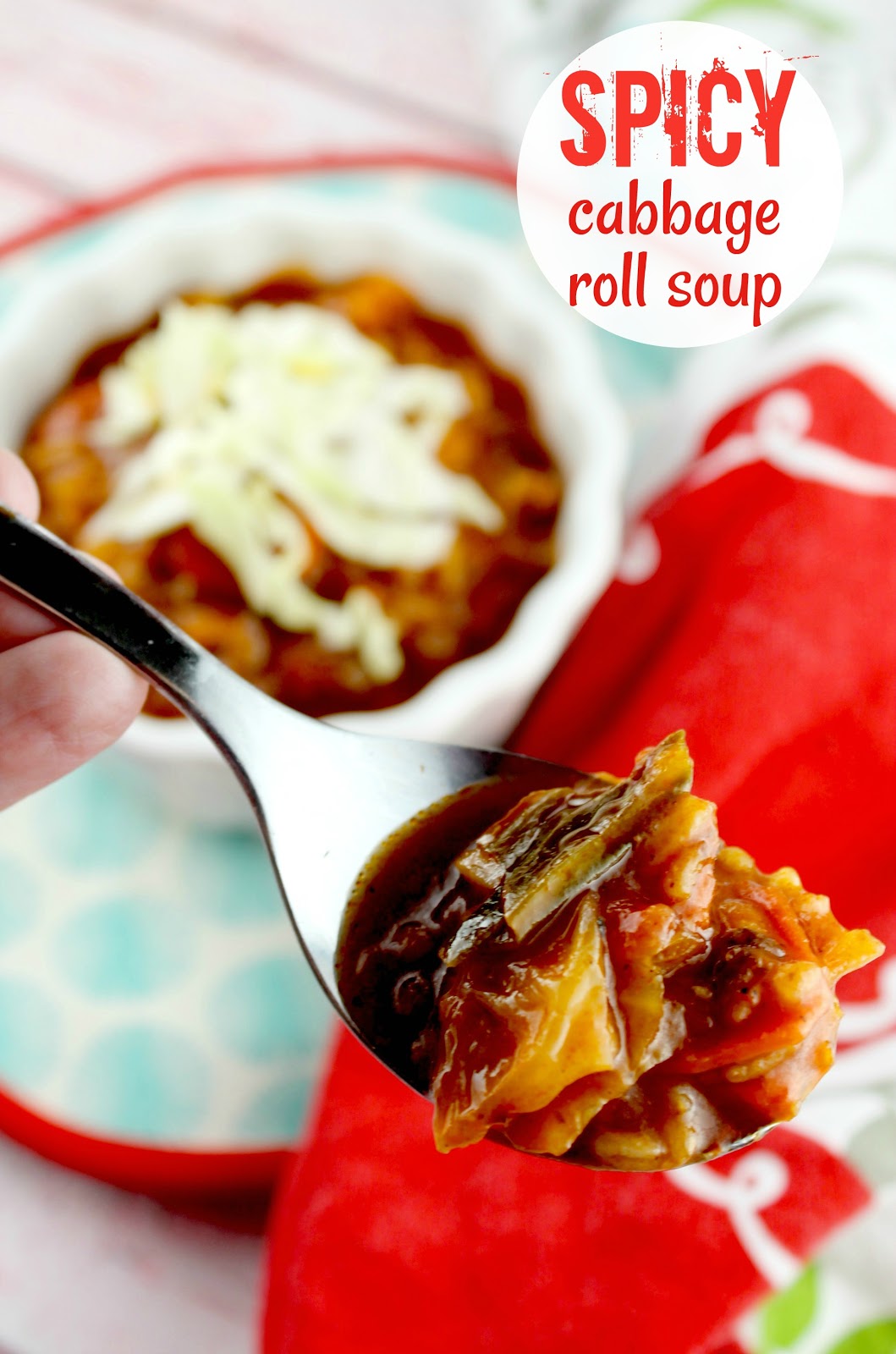 Bring it up to a boil – then simmer for 15 minutes. And while they say “a watched pot never boils” – watch it – check it every five minutes or so to make sure it hasn’t absorbed all the water. I have the WORST luck with soup actually staying SOUP. It’s only 1/4 cup of rice but it’ll soak up the water and the liquid from the tomatoes quickly – so make sure it’s still soupy. If not – just add more water – 1/2 cup or so at time. 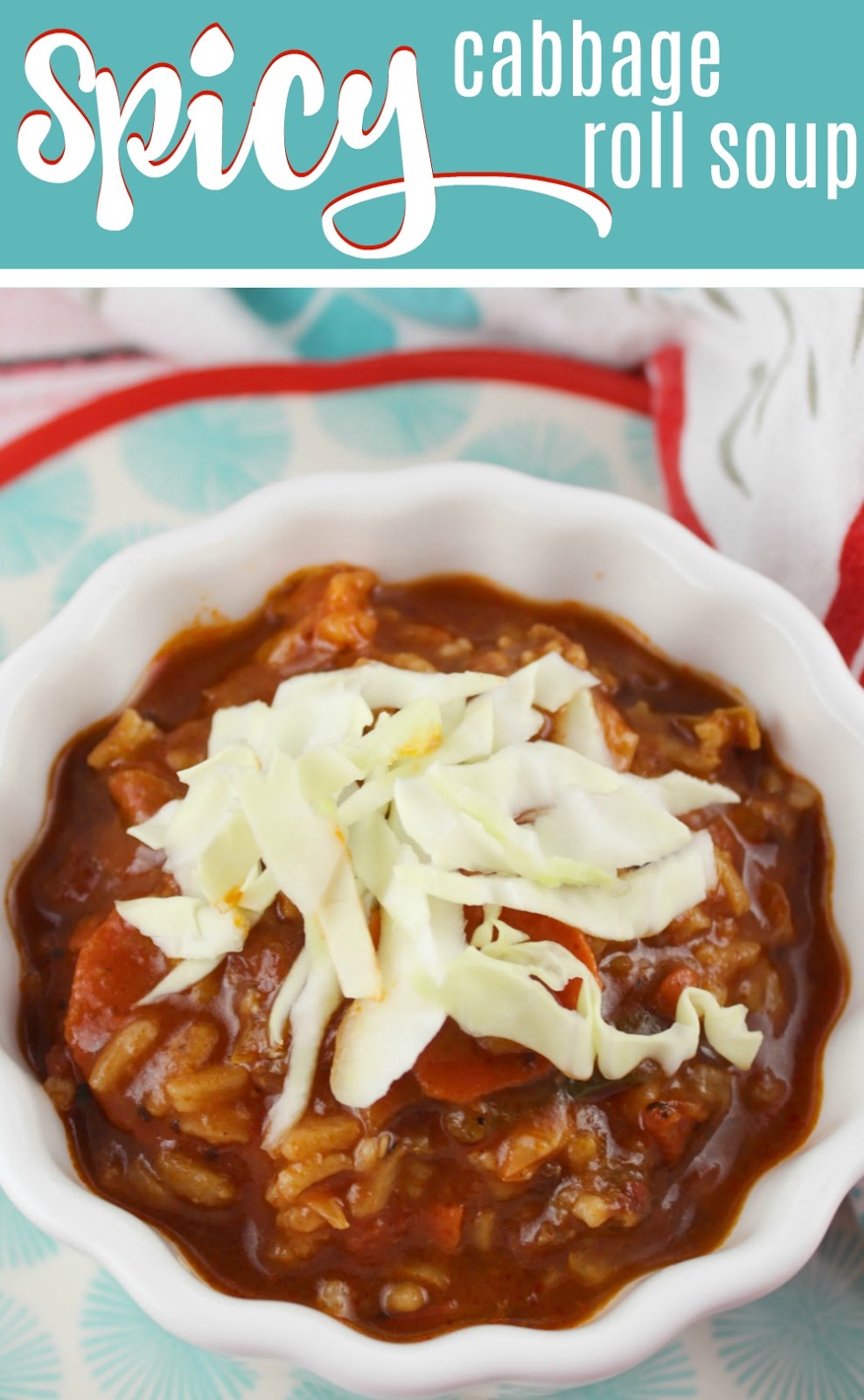 I added a little raw sliced cabbage on top – and it added a nice bit of crunch! Same goes for reheating – freshen it up with a bit of water and fresh cabbage and it’ll taste even better the next day! I hope you enjoy this as much as I did!

Thanks to Ohio Pork for sponsoring this post – all opinions are my own.